With two and a half weeks to go until Halloween, my children were so excited about these costumes sent to us from the lovely people at Matalan.

Little Man O, my four-year-old son, really got into the character of Frankenstein, £12, available in ages 4-11. He loved the mask and the gloves and was running round singing “What’s that coming over the hill? Is it a monster? Is it a monster?” from The Automatic song. 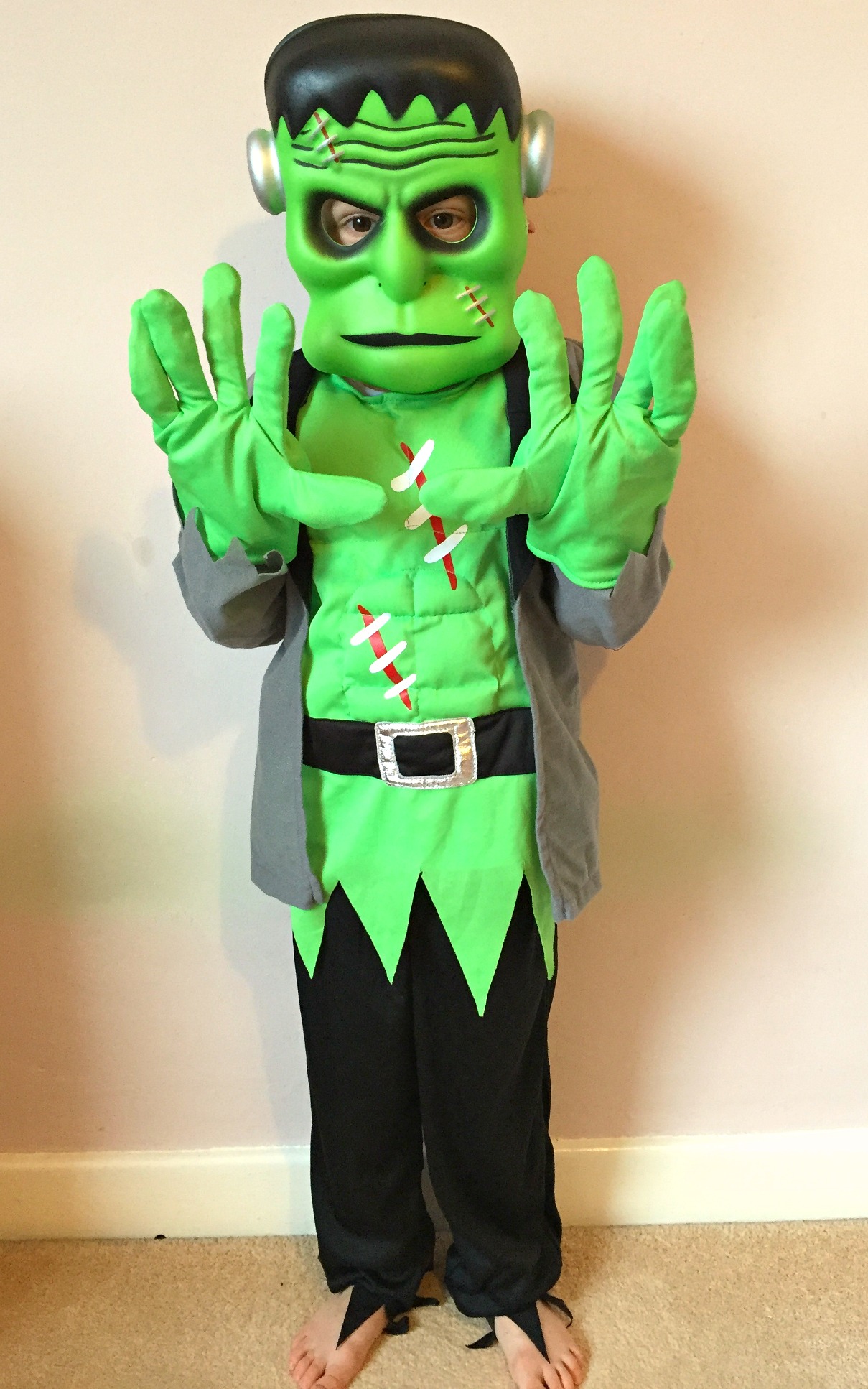 Little Miss E, 5¾, thought the lights on her witch costume, £12, available ages 3-9, were brilliant. It’s such a lovely touch. I hadn’t realised the costume didn’t come with matching tights, but luckily that’s one thing she’s not short on, and she decided to wear a purple pair with the dress.

She especially loved that both of us were witches (regular readers might remember she recently insisted we go out dressed the same!). My Victorian witch costume cost £12 – I love the hat! The Halloween bowl costs just £2, and is part of a large range of accessories available in the store. 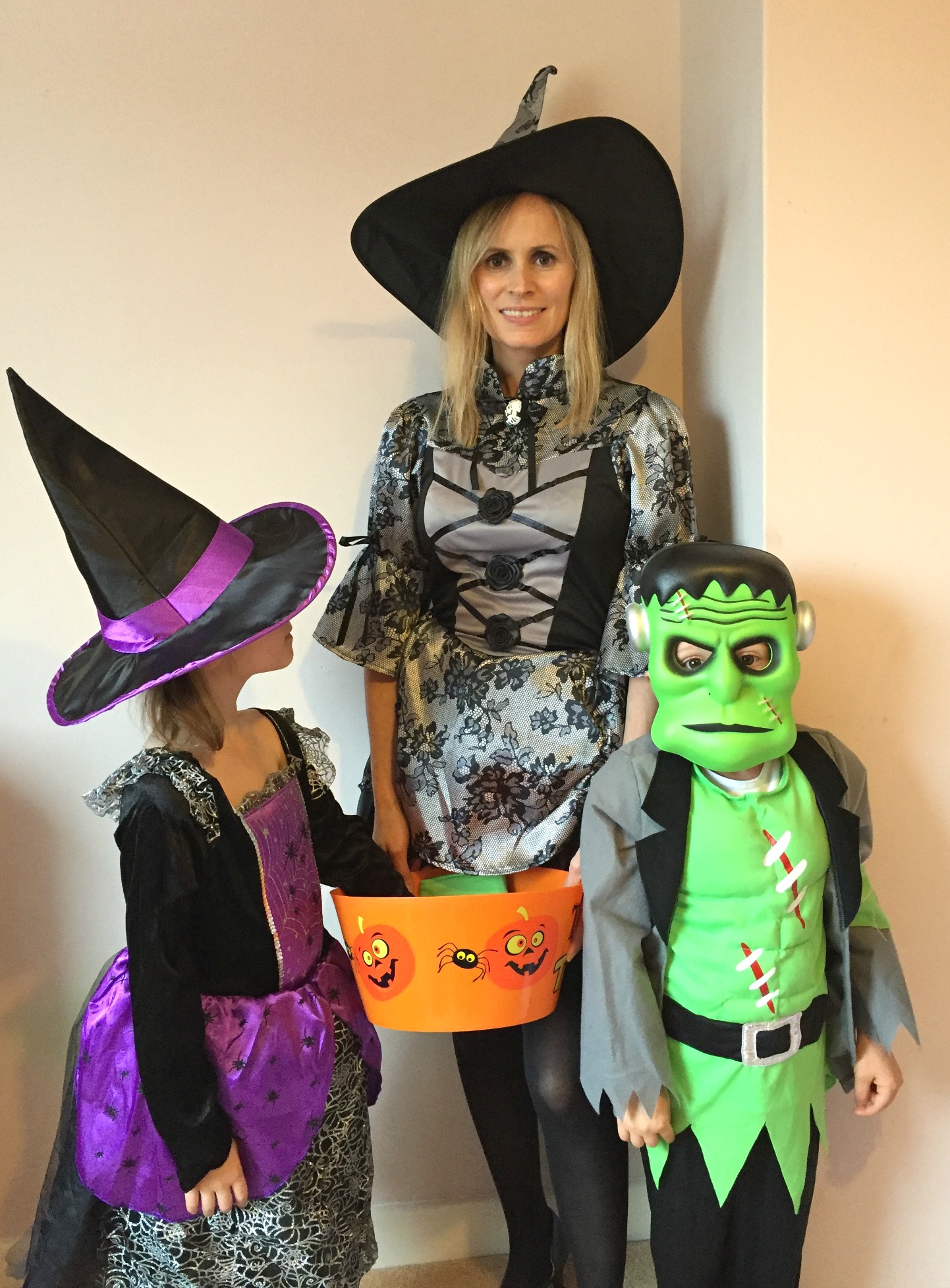 Although the costumes come with warnings that they are flammable (because dressing up clothes aren’t subject to the same safety standards as clothing), I was impressed with their quality. The material was quite thick but soft, rather than thin, hard and scratchy as fancy dress can often be. It didn’t crease badly like some previous costumes we have owned, and I feel like we’ll get our wear out of it, making them good value for money.

Unfortunately Baby Boy I, now 19 months old, wouldn’t wear his Dracula outfit, £8, available in ages 9 months to 4 years. He thought everyone else’s costumes were hilarious though, so I’m hoping we’ve got time to convince him.

I’d recommend going up a size on the costumes for older children. Little Miss E and Little Man O were wearing a size bigger than they usually would but they fitted them fine (although the Frankenstein gloves were slightly big). Baby’s was about right though. 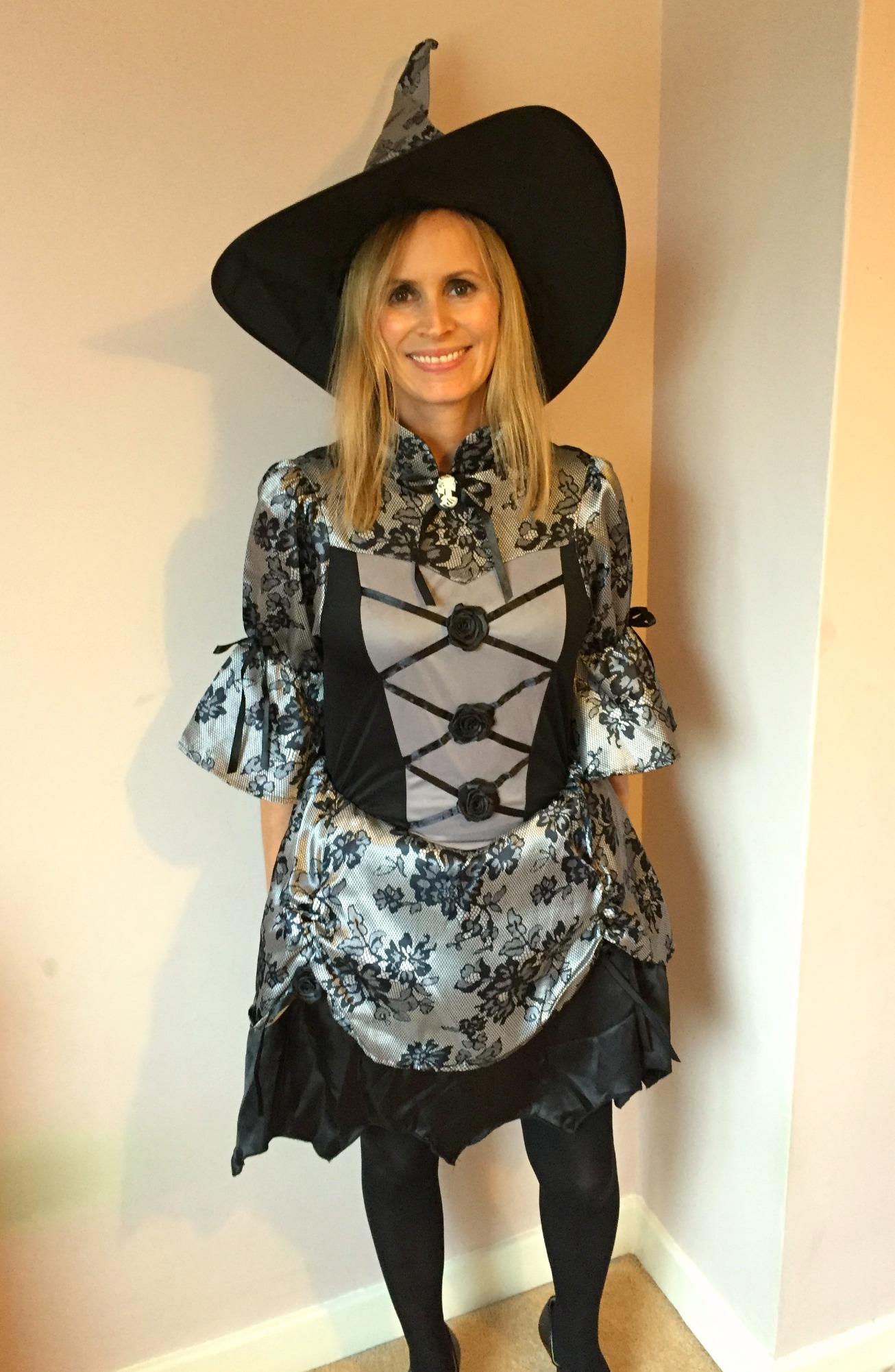 All kitted out in our costumes, we thought we’d have a mini Halloween disco. I made up a Halloween soundtrack a couple of years ago, and here are some of my children’s favourites.

Are there any you would add to the list? Do let me know in the comments below, on the Cardiff Mummy Says Facebook page or you can tweet me on @cardiffmummy

Disclaimer: I recommend vetting the videos yourself for more sensitive children.

Are your children dressing up for Halloween? Do let me know in the comments below, on the Cardiff Mummy Says Facebook page or you can tweet me on@cardiffmummy

* Matalan gifted us these costumes in return for an honest review on my blog.