I panicked when my children pointed out the KFC poster while driving home today. ‘That looks like a yummy meal,’ said Little E.

I had to think quick. They don’t yet know places like McDonalds and KFC exist and I plan on keeping it that way for as long as I can. (I’m not getting into that debate so please don’t comment on how I’m depriving them – you won’t change my mind! I’m a yoga-teaching vegetarian – it’s enough for me that they eat meat.)

‘It looks yummy because the food is all in little pots,’ I said. ‘One for the chicken, one for the chips, one for the sauce. We’ve got all those foods at home – why don’t we create our own?’

It worked! They were so excited by the suggestion. Luckily, we’d recently bought some new character-themed snack pots and the novelty has yet to wear off so they thought having their tea in them was a marvellous idea. They thought having baked beans in a pot was brilliant, loved their strips of chicken (ready-made breaded chicken breasts cut with scissors – nothing fancy) and demolished their corn on the cobs and oven chips. It’s amazing how exciting food can be when it’s presented differently. I’m not sure Cardiff Daddy thought it was as tasty as the real deal – he definitely doesn’t share my hatred of fast food – but he told them he loved it in any case and that they had the best ideas.

It also prompted a big family discussion on where this kind of dish was from (America, we presumed!), the difference between a president, a prime minister and a queen, and different time zones. Quite big topics for a four-and-a-half-year-old and an almost three-year-old.

They’ve now decided they want to learn more about what people in different countries eat so this week is officially International Week in our household. We realised that the barbecue we’d had the day before was Australian, so that’s two countries done. I’ve told them to have a think in their sleep about which country they’d like to do tomorrow and we can decide tomorrow. I’m just hoping it’s nothing too difficult to cook! 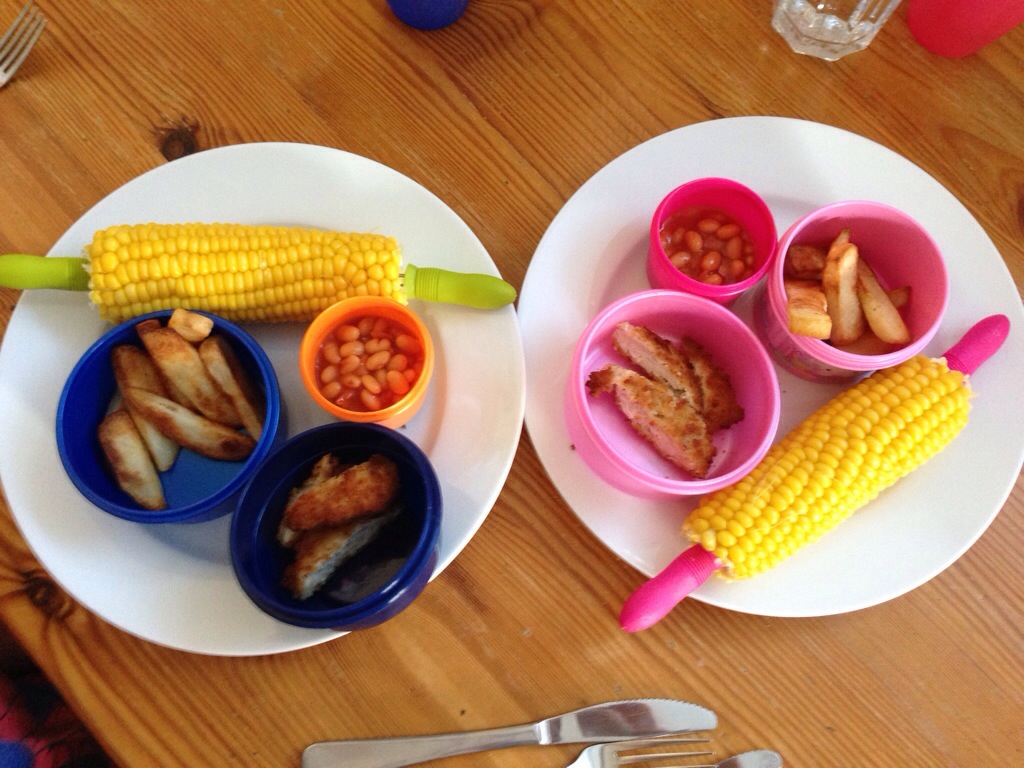