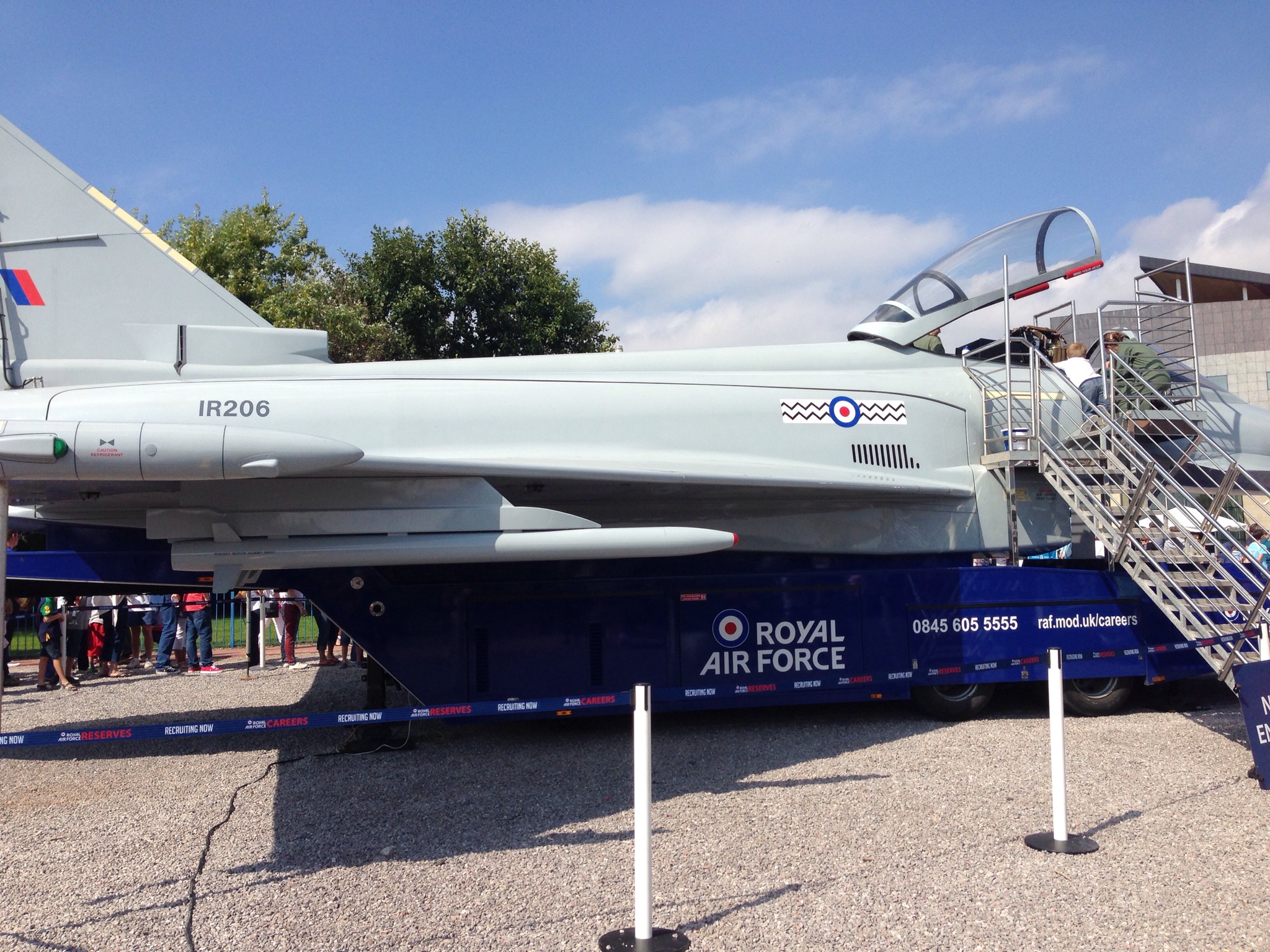 It’s been a surreal week here in South Wales with the NATO summit taking place in Newport and the world’s most powerful leaders visiting Cardiff. Barack Obama became the first American president to come to Wales, he even spoke a bit of Welsh. Police from every UK force have been walking the streets, huge steel safety fences and check-points went up across the city centre, helicopters have been continually flying overhead, not to mention the Red Arrows and planes from across the world taking part in an organised flying display.

It’s been fascinating experiencing this as a parent. My children are too young to properly understand about war and allies and peace treaties and politics. They don’t know that people debate whether we should be fighting in this country or that country, or even whether war is ever the answer. They look at what is going on from a purely innocent point of view. I’ve told them the presidents and prime ministers from lots of different countries were here to talk about ways of keeping people across the world safe. I’m not sure what that means in their mind but I have loved seeing their excitement when they wave to a group of police officers and someone waves back; the thrill they get when they hear the now-familiar whirring of a helicopter overhead and they run outside to see it; their amusement when I showed them the now-infamous photos of the tank on the lawn at Celtic Manor, a place they regularly drive past to visit family over the bridge.

With my children asking so many questions about what they have seen this week, we knew they would love the Meet The Forces Day today. And so, on a bright and sunny Sunday, we – along with half of Cardiff, it seemed – headed to Cardiff Bay to see tanks, war ships and fighter planes and to learn more about what the armed forces do. 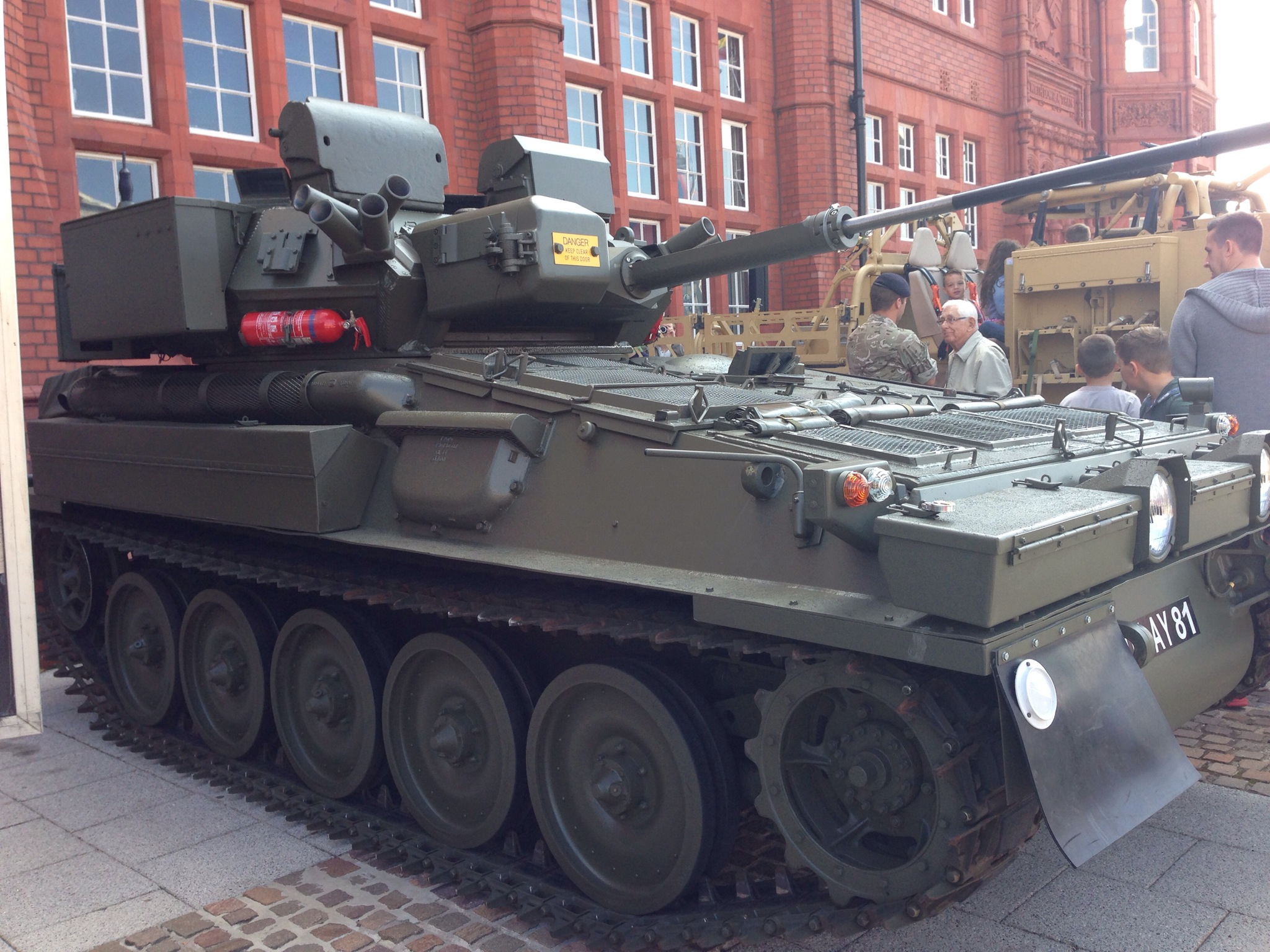 My children had great fun climbing onto tanks and getting their photographs taken in front of replica fighter planes. My daughter thought it was brilliant seeing so many “lady soldiers”. I had to climb onto one army vehicle to get my son down, as he wouldn’t come off it. Even Baby I looked impressed by everything he was seeing. We drew the line at queuing for two hours to get on board the warship HMS Duncan, but just looking at it was enough for my little ones who couldn’t believe how big it was. I don’t think I have ever seen the Bay so busy.

My husband joked that I had only come along to see men in uniform – but, quite frankly, the lure of a man in uniform didn’t even cross my mind today. The first soldier we spoke to, a friendly chap from a regiment in Norfolk, was young enough that I could have just about been his mother. He’d been to Afghanistan, where he had been in charge of an armed vehicle which delivered reserve ammunition to troops. Another young man I spoke to was a Marine who had been serving for four years and was explaining how the troops got on board the military boat with all their equipment. We spoke to a couple of girls who were in the Army Reserves – they were so fresh-faced I can’t imagine they were long out of school.

My nurturing side went into over-drive and all I could think about was their parents. How does it feel when your child enlists and gets sent away to fight a war – often a war that many people don’t believe is justified? I am the kind of mummy who cries when she takes her daughter to buy new school shoes. How would I feel knowing my child was off to war and there was a very real risk they may not come back, or they may come back seriously injured or emotionally scarred? I admit, it’s not my first choice of career for them. But I would be beyond proud. I would support them whole-heartedly – but I know I would worry every single second.

As I watched my nearly three-year-old son and four-and-three-quarter-year-old daughter squabbling over who could sit at the wheel of an army vehicle first, and trying on an army vest, encouraged by the soldier to shout as loudly and scarily as they could at the enemy, all I could think was some day they will have to learn about the realities of war. They know what guns and tanks are, they sometimes talk about baddies and goodies, but they haven’t yet equated what those guns and tanks actually do to those baddies and goodies. One day they will know. One day they may decide that is what they want to do in their future.

If my husband had not picked up a couple of particularly bad sporting injuries, I would most likely have been an army wife. When we got together at university, he had already been accepted to military school to train as an officer. His injuries meant he had to withdraw. I used to think how hard it would be if your boyfriend or husband was in the army. But when he is also the father of your children, it must be impossibly difficult.

Homepage » Uncategorized » What if my children wanted to join the armed forces?

3 Comments to What if my children wanted to join the armed forces?