Last week was one of those weeks when things were not going to plan at all. With my car in the garage being fixed, we had to cancel what we were intending to do on Friday and instead Toddler and I walked a mile to get the big two to school and then another two miles into town. Well, I walked. He was quite content in the pushchair.

I had a few errands to run but we broke up the day with a visit to Cardiff Castle which, as you’ll know if you live in Cardiff, is right in the middle of the city. 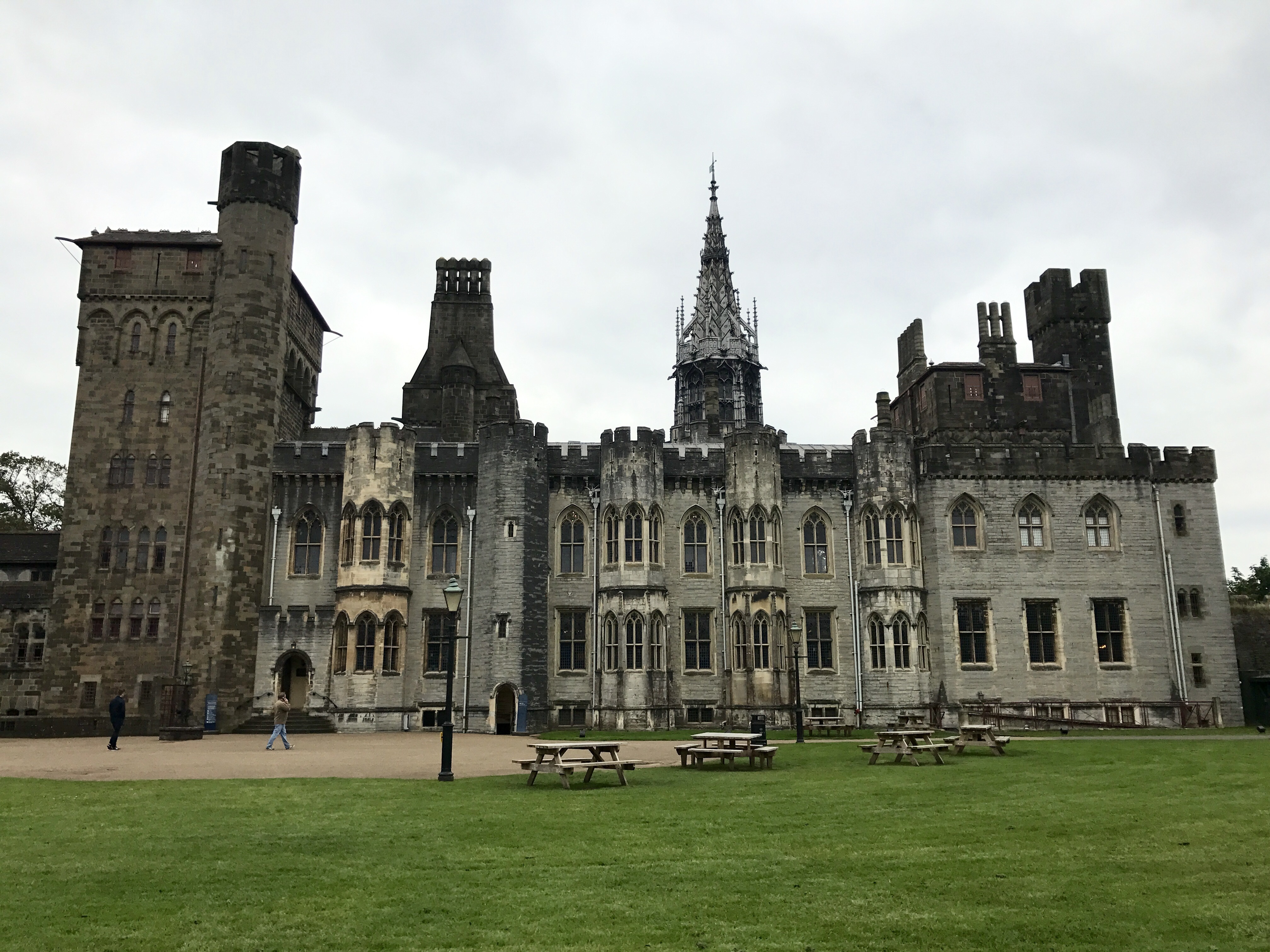 We visit regularly – but this is the first time I’ve ever been with just one child to look after, and it was lovely to see Toddler leading the way.

I was keen to see the Epic sign, which is touring Wales as part of the Year of Adventure, and is at Cardiff Castle until 17th October.

You can’t miss the mirrored letters, as the installation is 4m tall and 11m wide and is visible as soon as you walk through the castle gates. 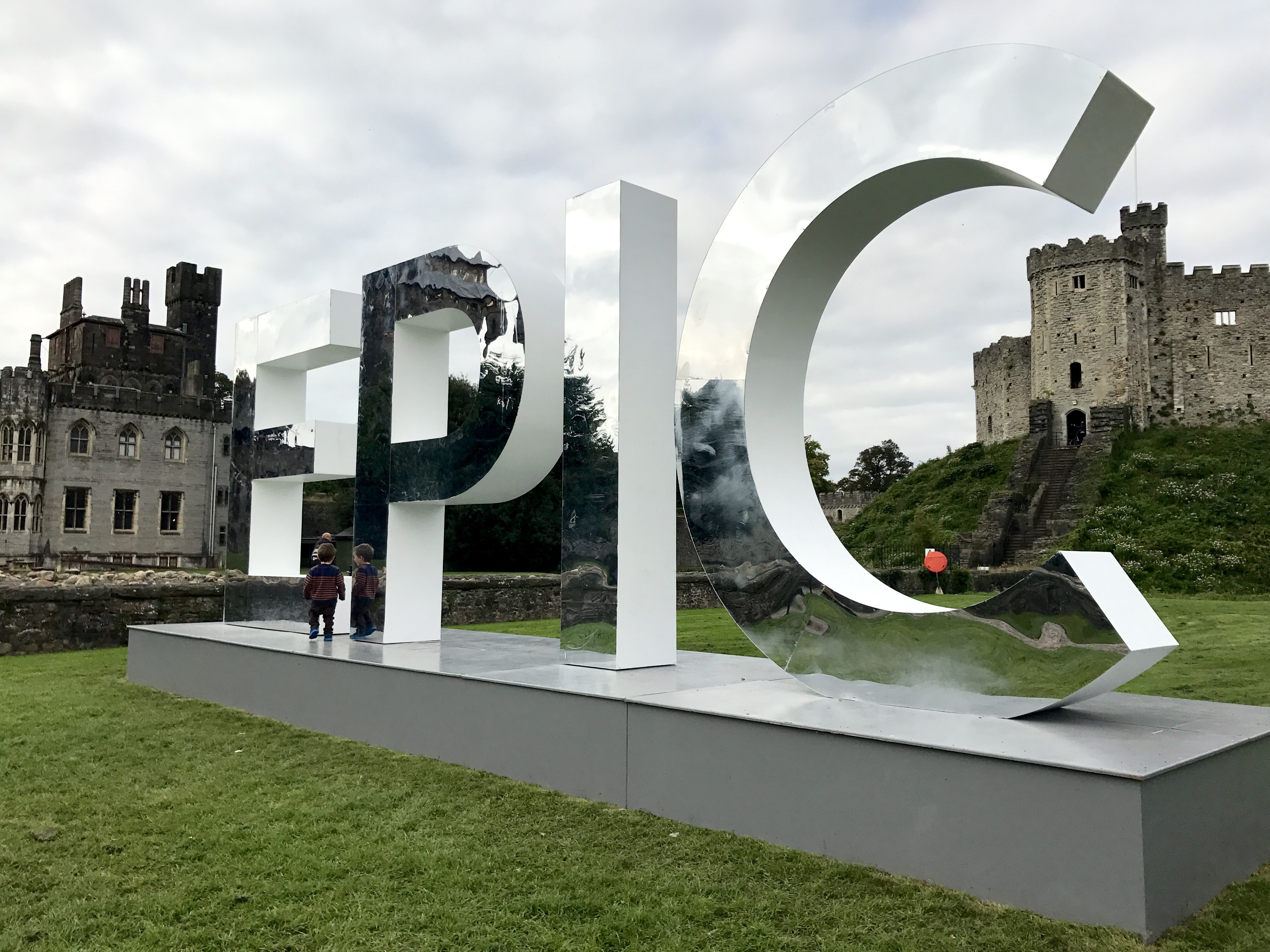 It was certainly getting a lot of attention from visitors to the castle and luckily people were politely queuing so everyone could get a photo of them with the sign, rather than one with dozens of random people in the way.

We spent about an hour and a half exploring (although you could easily stay for a lot longer), venturing first to the castle apartments, a series of Victorian Gothic rooms created for the 3rd Marquis of Bute by the architect William Burges. Buggies are not allowed in the castle apartments, although the grounds themselves are pretty buggy friendly. 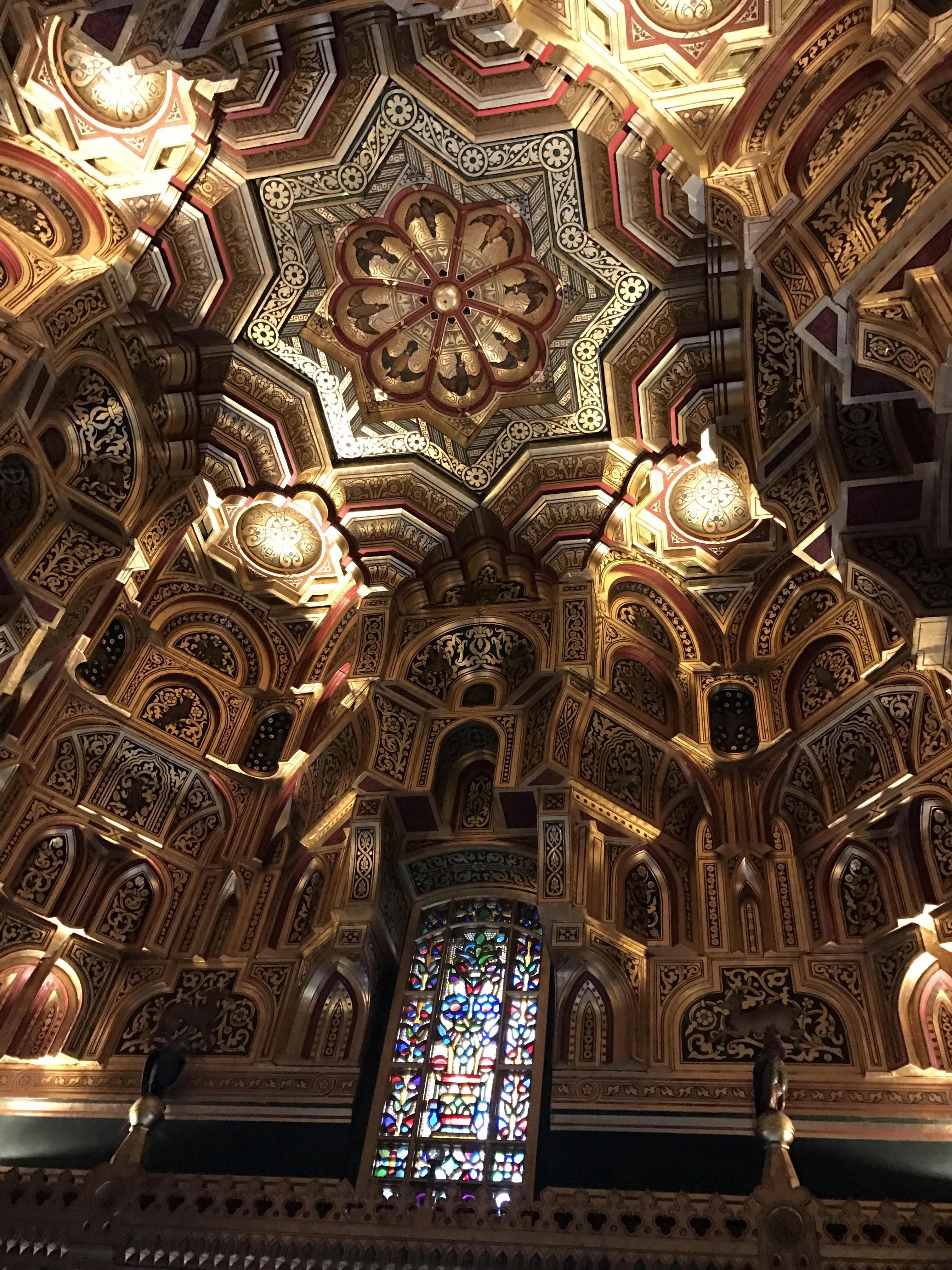 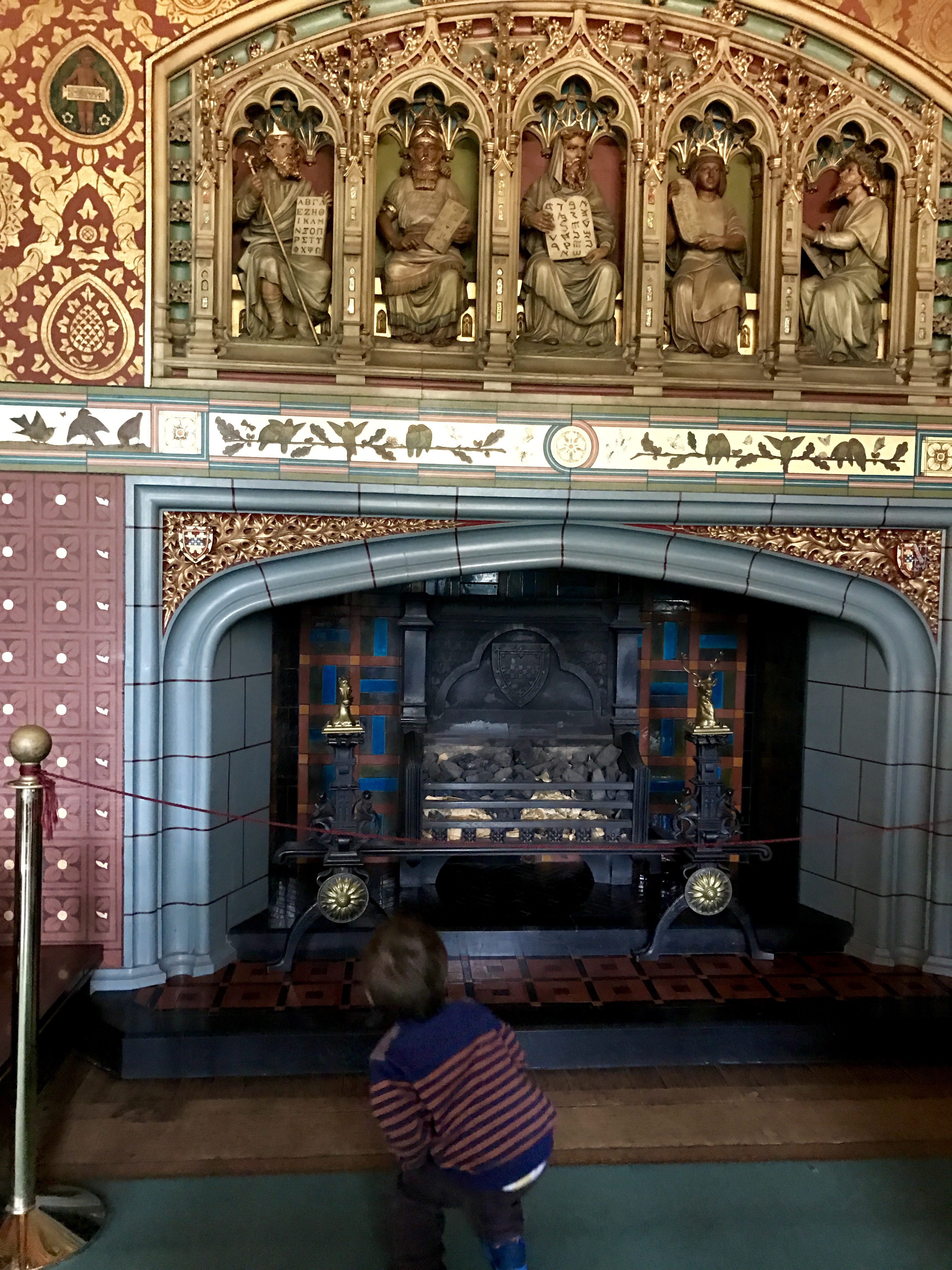 I’m not sure Toddler quite appreciated the sheer opulence of the designs, which include intricate murals painted on the walls and ceilings, stained glass windows and wooden carvings, but he certainly loved the knights armour as you enter the house and climbing the stairs.

From there, we headed to the war time tunnels, which were used as air-raid shelters during the Second World War. 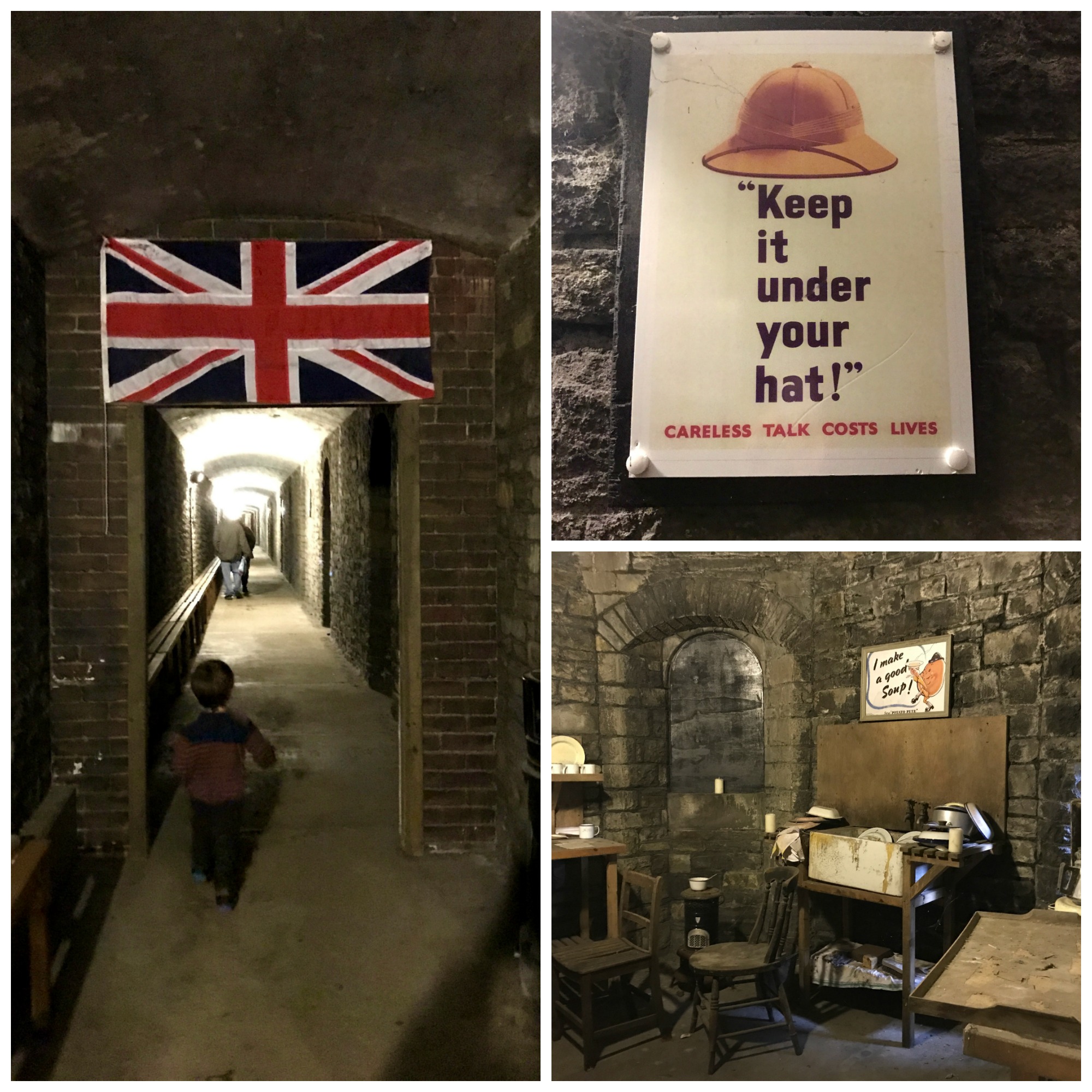 Around 1,800 people could shelter here when the sirens sounded. As you walk through the tunnels you can see the metal bunk bed frames, a wartime kitchen, an array of wartime posters, all to the sounds of an air raid siren, radio speeches from the Prime Minister Winston Churchill, and Vera Lynn singing We’ll Meet Again.

Toddler did get a bit scared at times and I found it quite emotional partly because my Grandad, who died last year, was in the RAF during the war, and also thinking how scary it must have been being a mother at that time, with your husband and brothers off fighting, and not knowing what the future held. 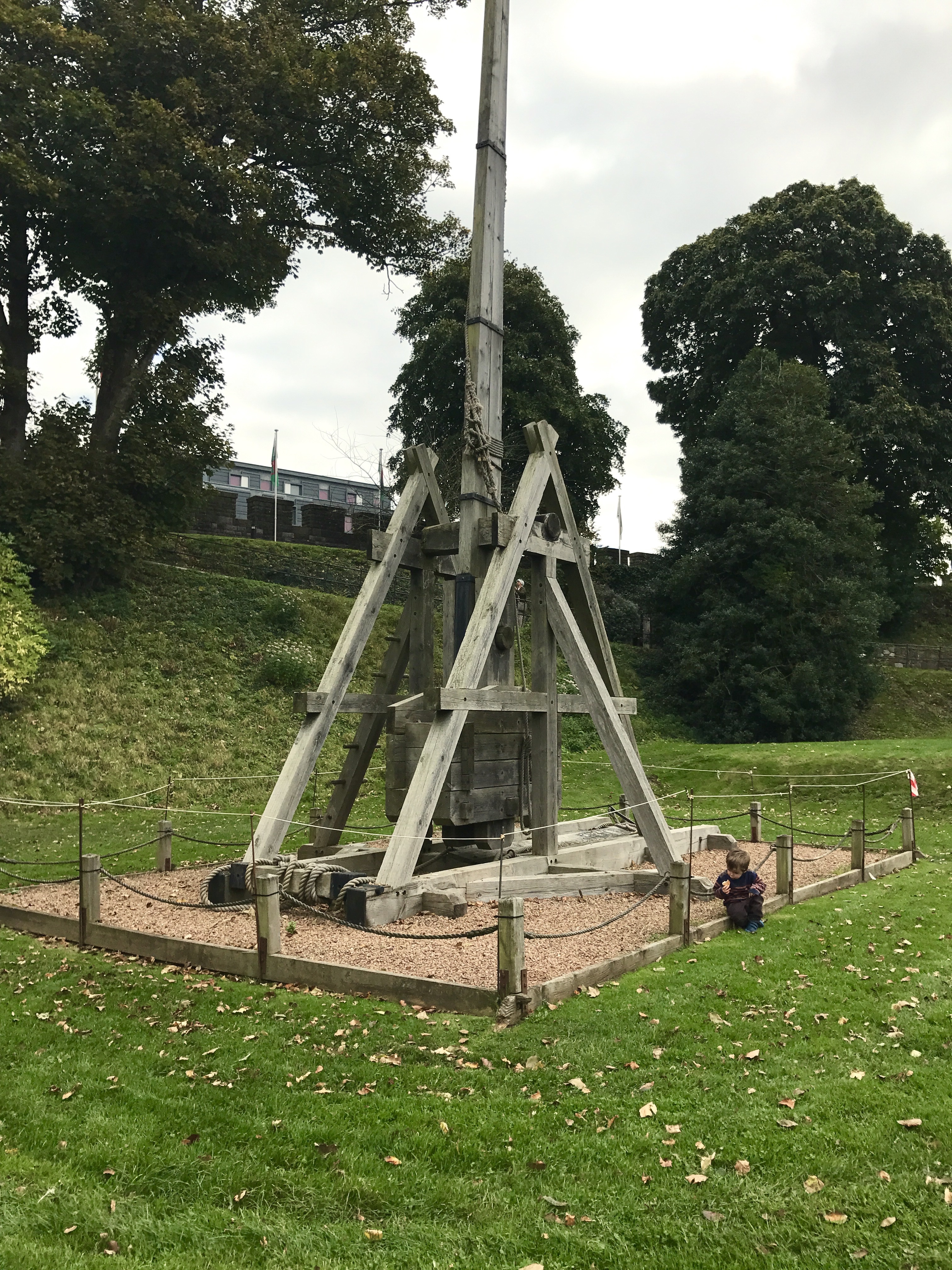 Back outside, we looked at the trebuchet, the medieval catapult, and then headed to the 12-sided Norman keep. Toddler climbed the 50 or so steps to the top, with me gripping on to him tightly. The views from here are amazing, although I was glad to get back down for fear of him falling.

We also spent time in the play area, which is situated above the admission desk and gift shop. It’s where people pick up their audio guides. There’s a rail of castle-based fancy dress costumes, including knights and medieval-style damsels, plus pens and paper to draw with. Children can also pick up family trails at the admission desk for a small cost. 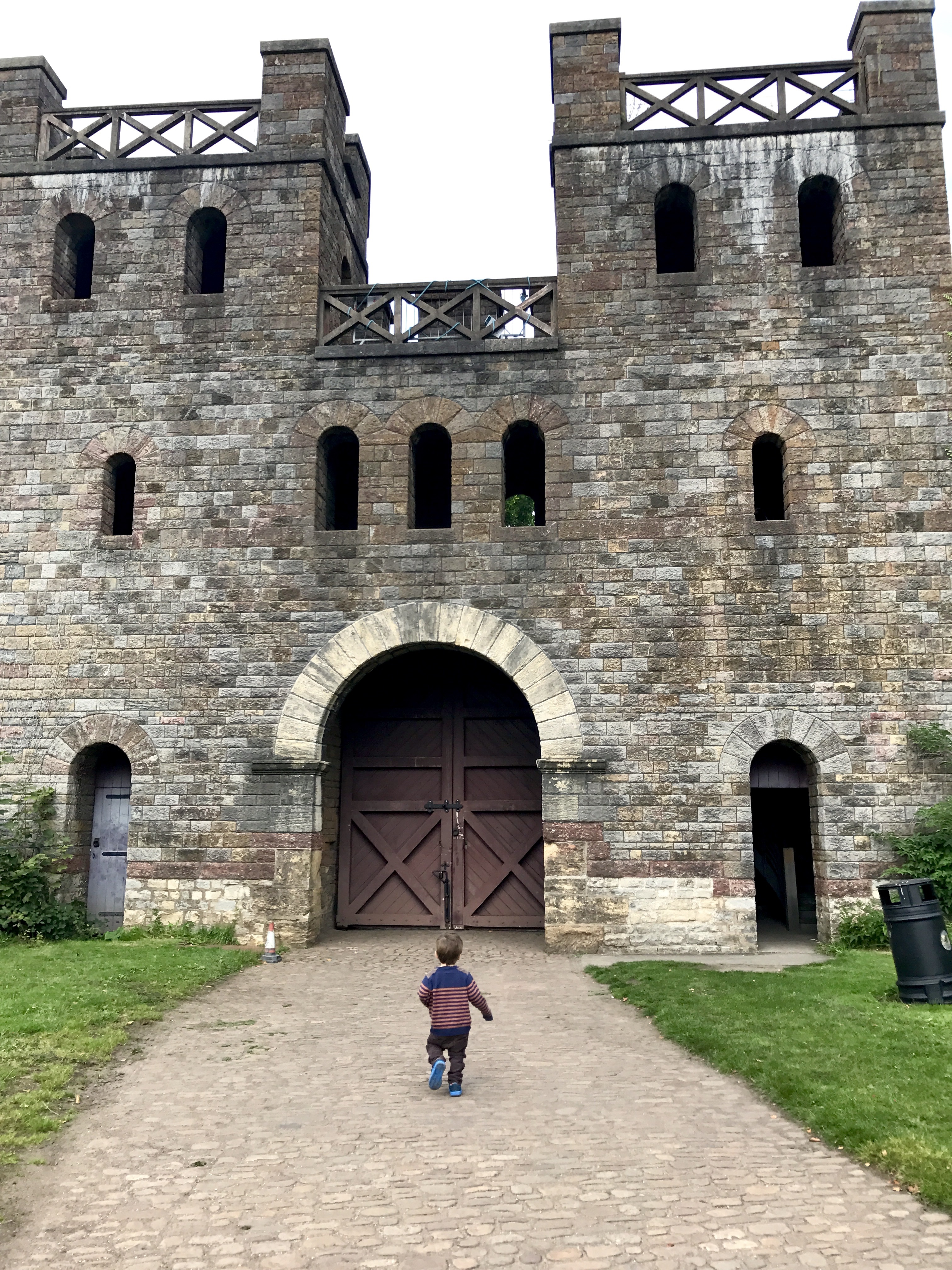 There’s a café serving hot and cold drinks and snacks; baby changing facilities upstairs; and, if you have the time, Bute Park just behind to explore.

The Epic sign is at Cardiff Castle until 17th October.

Have you been to Cardiff Castle with your children? Do let me know on the Cardiff Mummy Says Facebook page or by tweeting me on @cardiffmummy