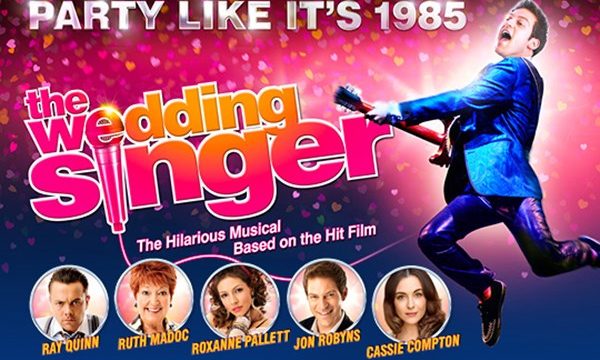 I’m not embarrassed to admit that I love a good cheesy romantic musical film. Right at the top of my list is The Wedding Singer which, along with Dirty Dancing, Grease, and Rock of Ages, is a film I never get bored of watching.

Released in 1998, the film was a global success, making $18m on its opening weekend, and more than $120m worldwide.

It stars a then up-and-coming Adam Sandler as Robbie Hart, a failed wannabe rock star, who makes a living singing at weddings. His excitement at getting married himself is short-lived when he is jilted at the altar by his fiancé Linda. She’s in love with Robbie the rock star as he was back then, and doesn’t want to settle with Robbie as he is now. He’s helped in his heartbreak by the sweet and innocent Julia Sullivan – played by Drew Barrymore, who recreated herself as a romantic lead with this film – a waitresses at the wedding venues he performs at. Julia is engaged to Glen Gulia, a rich and successful city banker, obsessed with money and – as Robbie soon realises – cheating on his bride-to-be. But will the two realise their feelings towards each other before it’s too late? 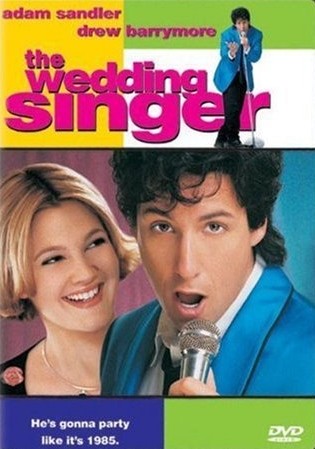 As I mentioned, it’s one of my favourite films, forever entwined with my days at Swansea University, house sharing with a group of amazing girls who are my life-long friends. In our last couple of years, the video (yes, it was that long ago!) was on constantly. We knew the words to the film off by heart, and drunken nights out would always end with us singing Somebody Kill Me and Grow Old With You.

I first saw the musical in Cardiff about eight years ago – and I must admit, it left me feeling flat. Natalie Casey – most famous as Donna in Two Pints of Lager and a Packet of Crisps – played Julia. But as much as I loved her in Two Pints, and before that in Hollyoaks, she played the part like Donna. She just wasn’t Julia for me and, despite watching the show with two of the above mentioned uni girls, I left the theatre feeling deflated.

However, when The New Theatre in Cardiff invited along a group of local bloggers for a mummies’ night out to see a new production of the musical, which has just begun a tour of the UK, I was keen to give it another go.

I’m pleased to say, this new staging was everything I wanted it to be – and more.

Perhaps much of that comes down to the direction and choreography from king of musicals Nick Winston, a “self-proclaimed movie geek” according to his biography in the programme. 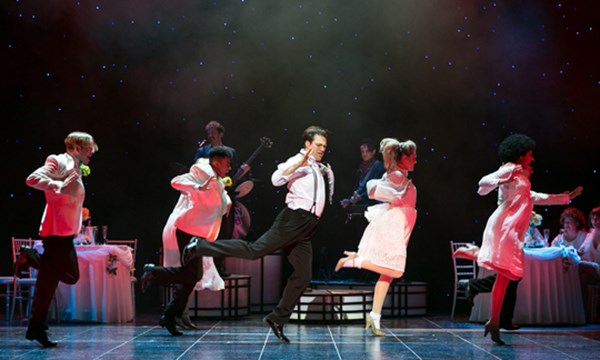 As a result, the show is a perfect tribute for fans of the film, bringing to the stage the much-loved characters from the film. Yet it’s still a strong production in its own right.

The set is brilliant, in particular the use of the big screen projections above the stage. As we took out seats, a selection of 1980s movie trailers and adverts were playing, and a Back to the Future style image of today’s date and 1985 signified it was time to start.

This 80s nostalgia continued throughout the show with 80s billboards, cameos from 80s lookalikes such as Billy Idol (in a nod to the film), Tina Turner and others, as well as the most amazing costumes, depicting all the trends of the era.

West End star Jon Robyns is perfectly cast as Robbie Hart. He is charming, vulnerable and with a beautiful voice to boot. I loved his chemistry with Cassie Compton as Julia Sullivan. She has an air of Drew Barrymore about her, but definitely makes the part her own. X Factor fans may remember her from the first series when, aged just 17, the judges told her she was more of a West End singer, than a pop star. Indeed she is, having previously performed in Les Miserables, Dirty Dancing and Wicked and with plenty of stage presence tonight. I really liked her. 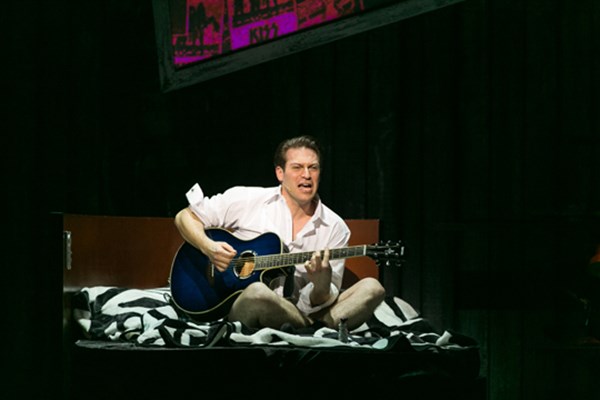 Another X Factor favourite, Ray Quinn, stars as the obnoxious, money-obsessed Glen. I must admit, his pop career passed me by, but I thought was brilliant, especially in his musical number All About The Green, with Robbie and the ensemble.

Roxanne Pallett as Julia’s friend Holly and Tara Verloop as Robbie’s ex Linda both also have strong solo musical numbers, while Samuel Holmes as George (modelled on Boy George) and Ashley Emerson as Sammy are perfect sidekicks to Robbie.

Welsh legend Ruth Madoc – famous for her role as Gladys in Hi-Di-Hi and being Dafydd’s mother in Little Britain – is Rosie, the grandmother who lets Robbie live in her basement. This is a role created for the musical but based loosely on the old lady Robbie gives music lessons to. She dishes out highly inappropriate but hilarious sexual advice to her grandson on the eve of his wedding and also does a fab hip hop number, just like her film counterpart. 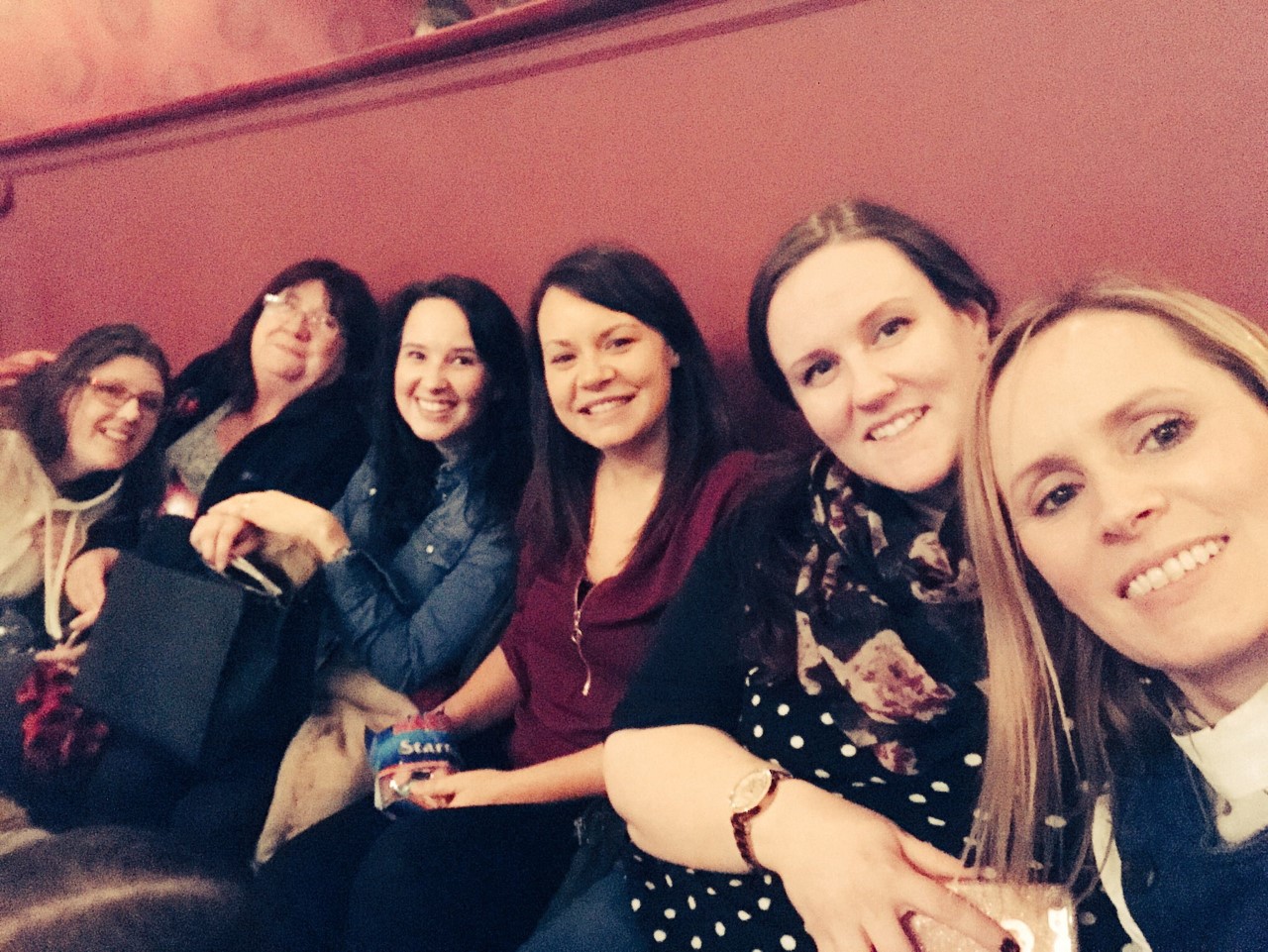 The six of us who went along tonight were a real mix. Like me, Kerry of All About A Mini Norris is a fan of the film and musical theatre in general. Georgina of Pixie Does loves the film but this was her first theatre musical. Theatre regular Alina of We Made This Life had never seen the film before, and neither had Cardiff’s premiere granny blogger Sally of Teddy Bears and Cardigans, who said she’d never seen a stage musical before despite a love of plays. Jo of First Time Valley Mam had never seen the film or been to a theatre show before. I was interested to see what they made of it.

Perhaps knowing the film before was an advantage for some of us, as we instantly had a connection and some familiarity. That said, having nothing to compare it to means you wouldn’t be disappointed if it didn’t match the film. 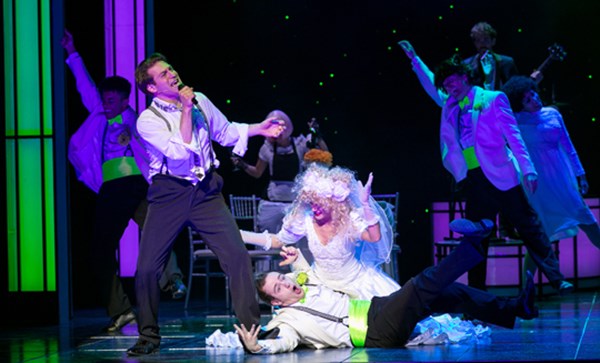 Having seen the musical before, I knew that none of the 1980s hits which provide such a memorable soundtrack to the film make an appearance. I think some of the bloggers were expecting familiar songs. But the 18 original musical numbers are a perfect blend of wistful solos, romantic duets, fast-paced and energetic ensemble numbers complete with slick choreography.

Fans of the film will be pleased to hear that Sandler’s own songs, Somebody Kill Me and Grow Old With You, feature. The former is brilliantly staged, with Robbie sat on the round vibrating bed his grandmother has bought him to start his married life. He sings the quaint romantic lyrics of the first half of the song beautifully before unleashing the anger, vitriol and swear words of the second half perfectly – and to great amusement to those who had not seen the film before. It was one of my favourite parts.

Those who hadn’t seen the film before left feeling inspired to watch it, and those who’d not seen a musical before, have said they’d like to watch more.

Above all though, we loved having a grown-up girlie night out. It was so lovely to catch up without the children and indulge in some 1980s nostalgia and a good old fashioned romance. The perfect mummies’ night out.

The Wedding Singer is at The New Theatre Cardiff until Saturday 4th March. See the website or call the box office on 029 2087 8889.