My children love Cardiff Bay Barrage. They can’t get enough of it. We’ve been there three times already during the Easter holidays.

I’ve written about the Barrage before on Cardiff Mummy Says, so I won’t repeat myself too much. The walkway between Cardiff Bay and Penarth is a great place for scooters and bikes, with long flat pathways and the skate park. The outdoor sandy pirate-themed park is great fun too. There’s an outdoor gym, which all the kids seem to love, although I’ve never seen it being used by any grown-ups.

You can also see the #crocinthedock – a large sculpture of Roald Dahl’s Enormous Crocodile; as well as learning about the history of the Bay, both as an exporter of coal and the starting base of Captain Scott’s voyage to the Antarctic. 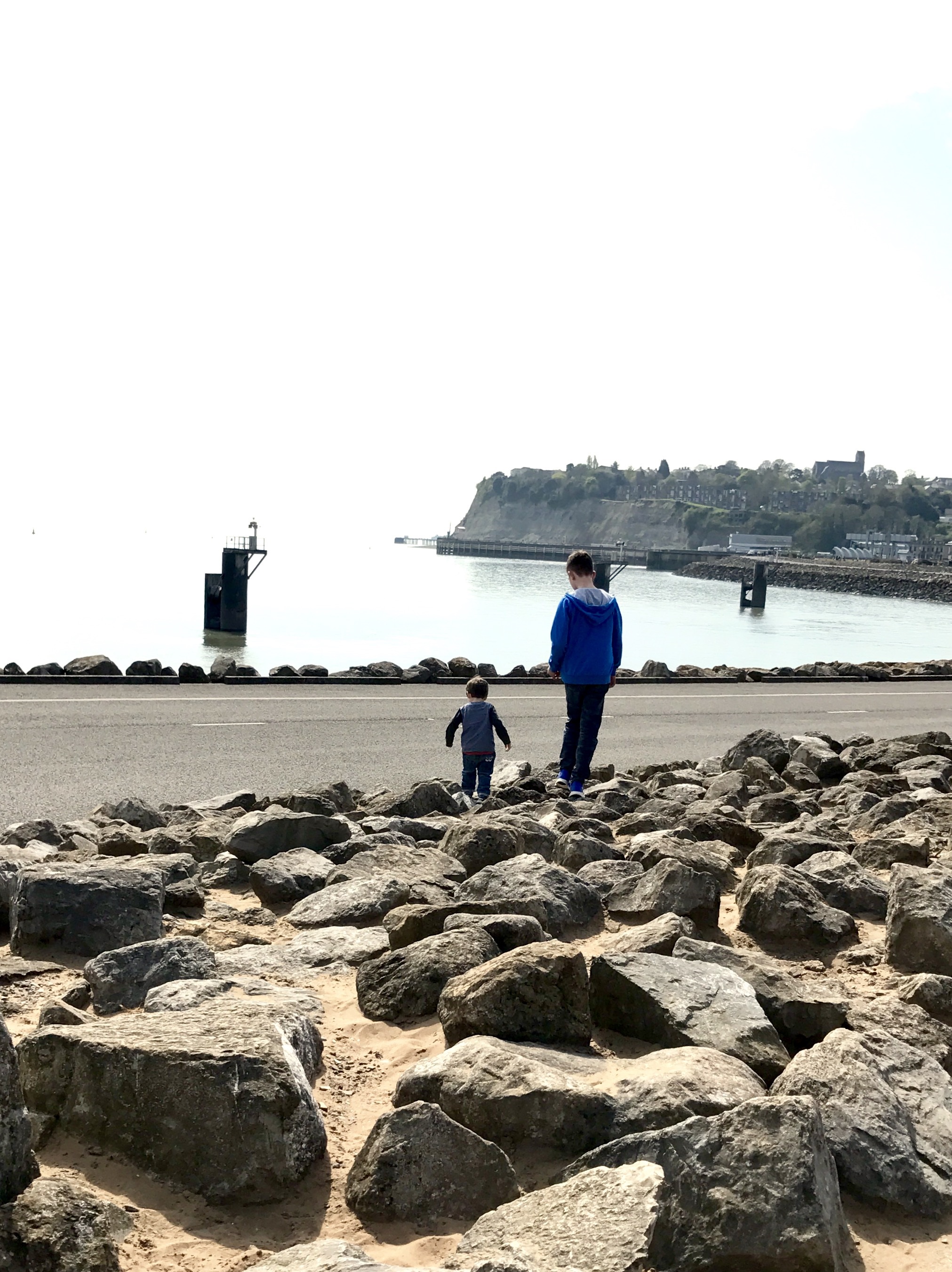 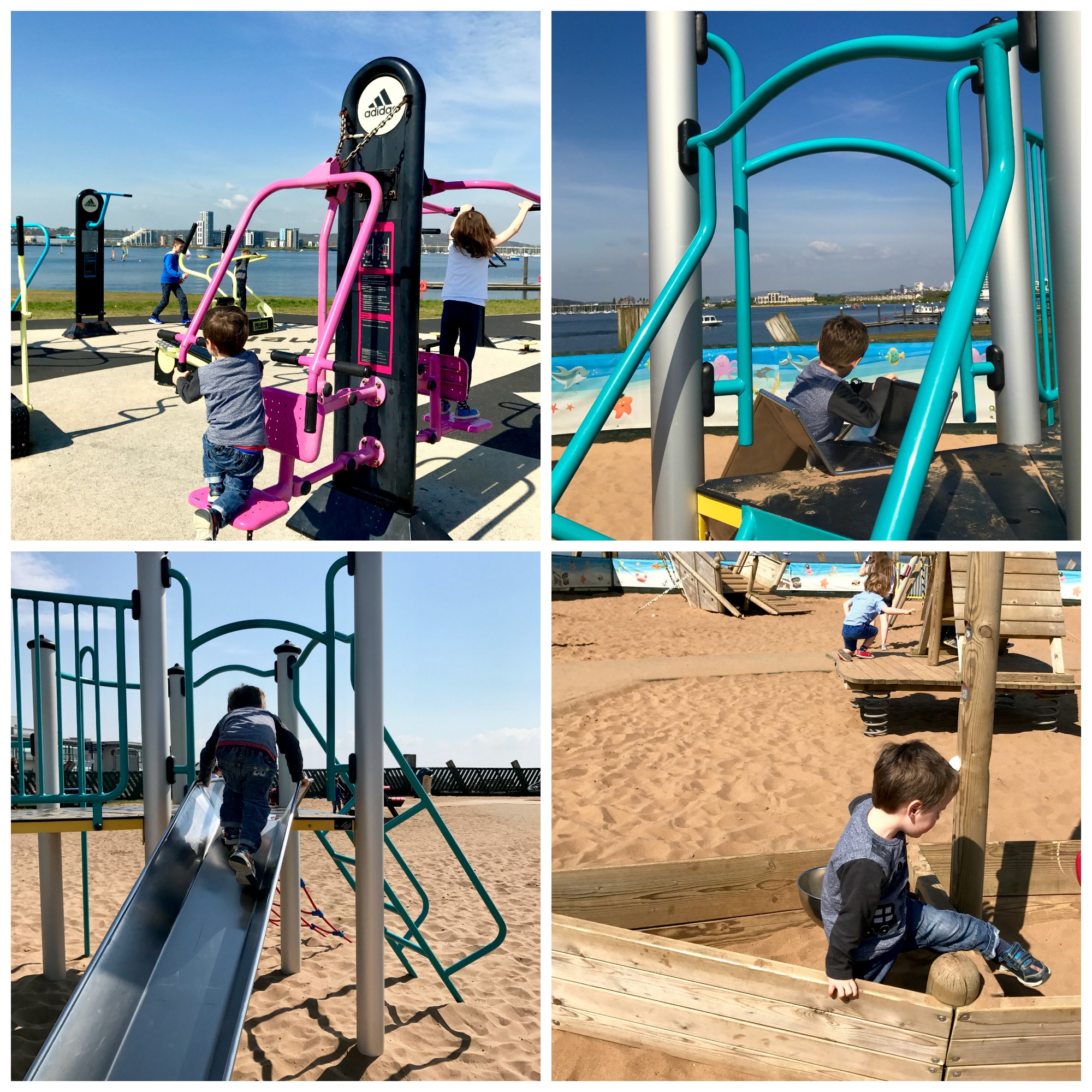 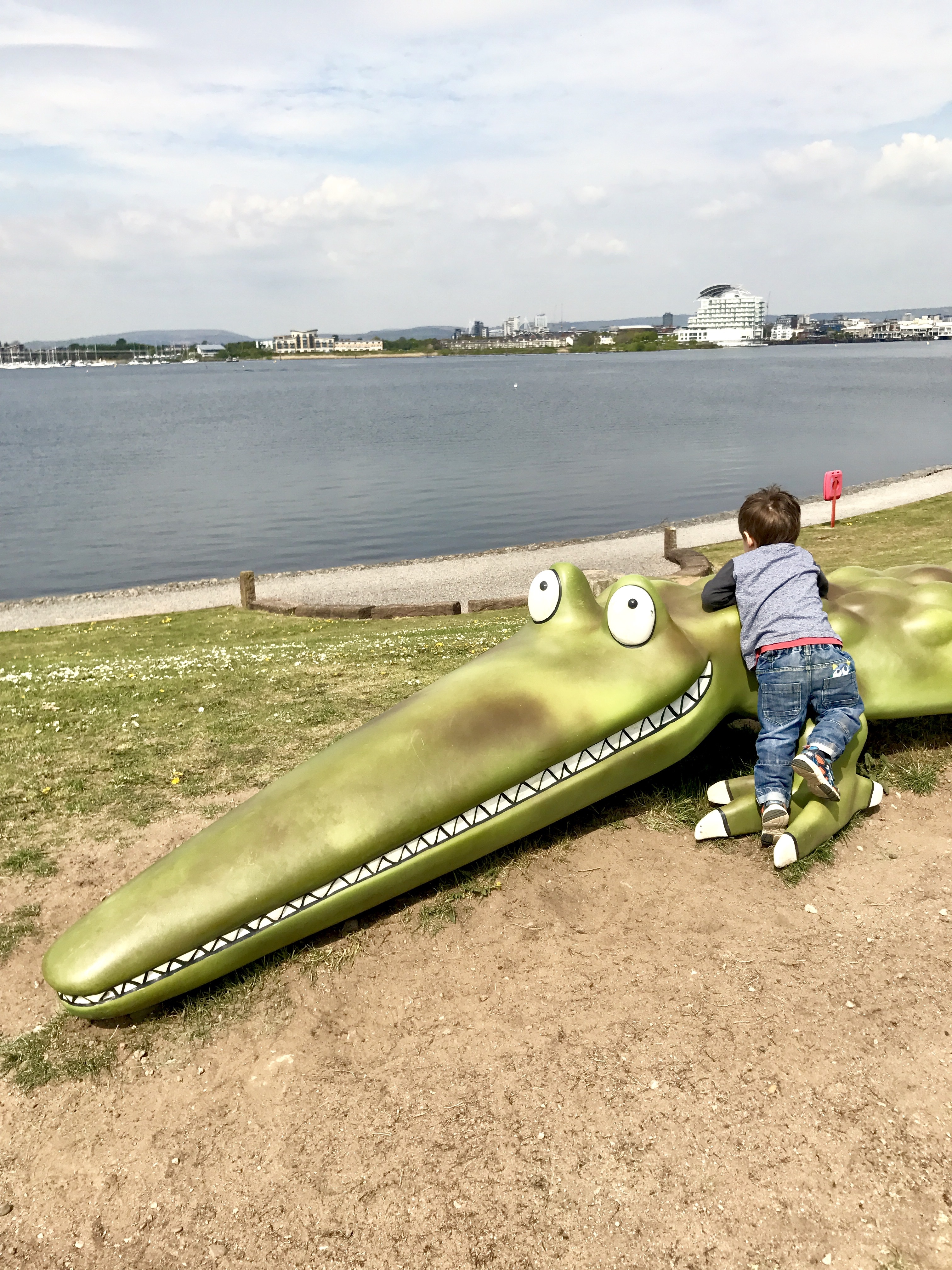 We’ve also recently spotted the Tiger Bay Trail App, a fun addition to a trip to the Barrage. Tiger Bay is what the docklands area was called before the multi-million pound regeneration.

It gives visitors the opportunity to spot five virtual animals at specific points across the barrage, each detailing a little bit of history about the area. 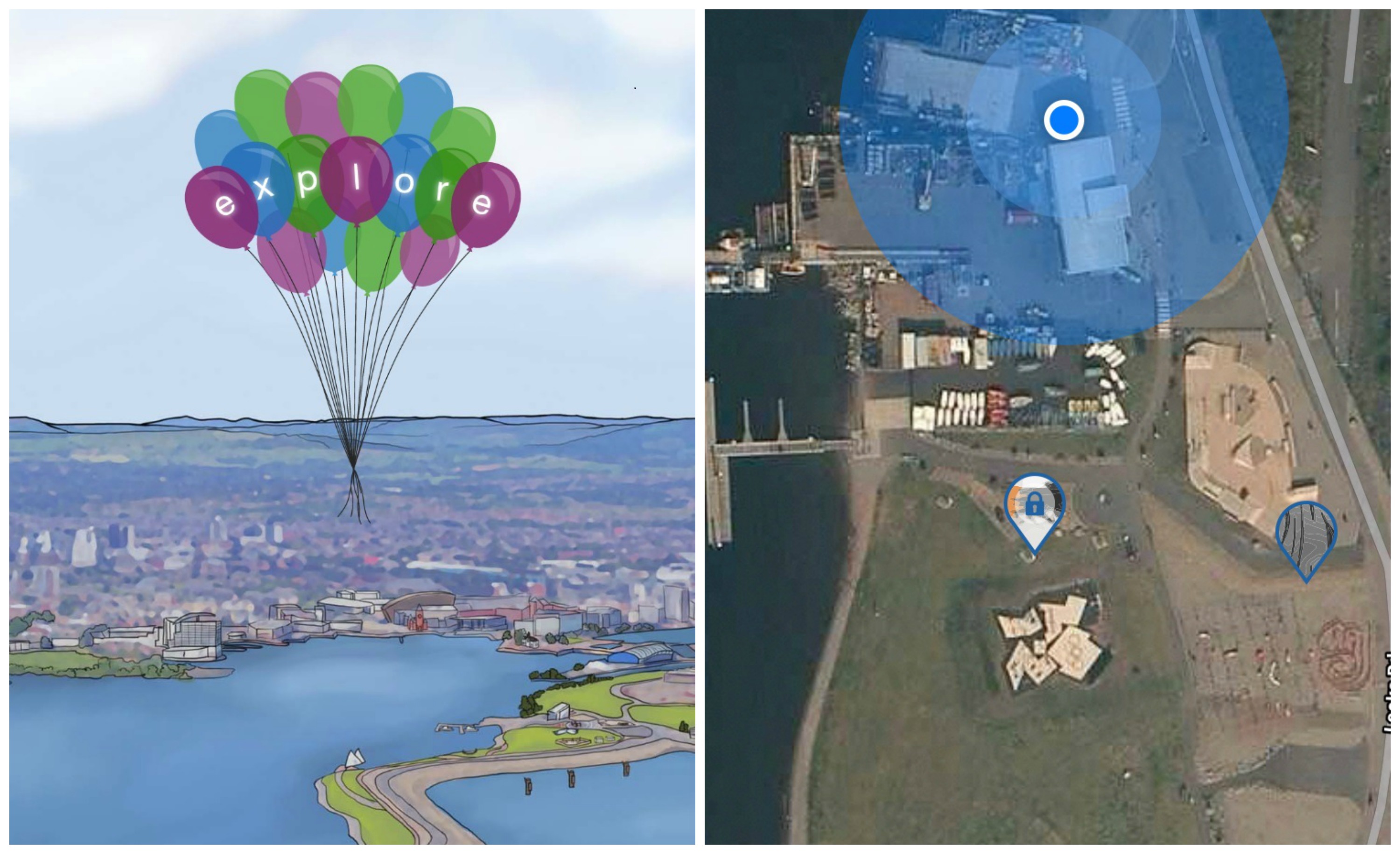 The app is free to download, and I found it easy enough to do on my iPhone while I was there.

It gives two choices of how to view the trail, one street view style, one map route, the ability to zoom in and zoom out, and a blue radar showing your location and moving around with you.

My children don’t use a great deal of technology, especially not when we are out and about, but I thought this was a good chance for them to practice their navigation skills and they had fun working out where they needed to go. 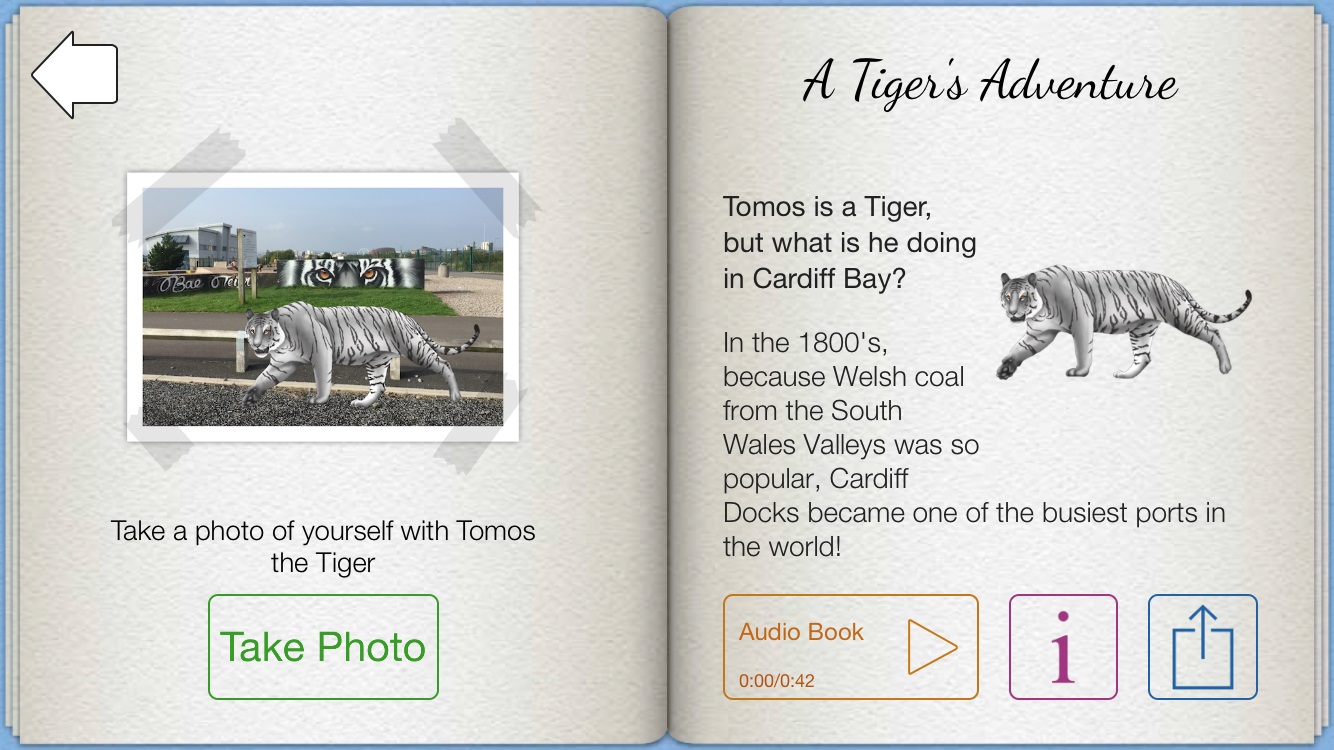 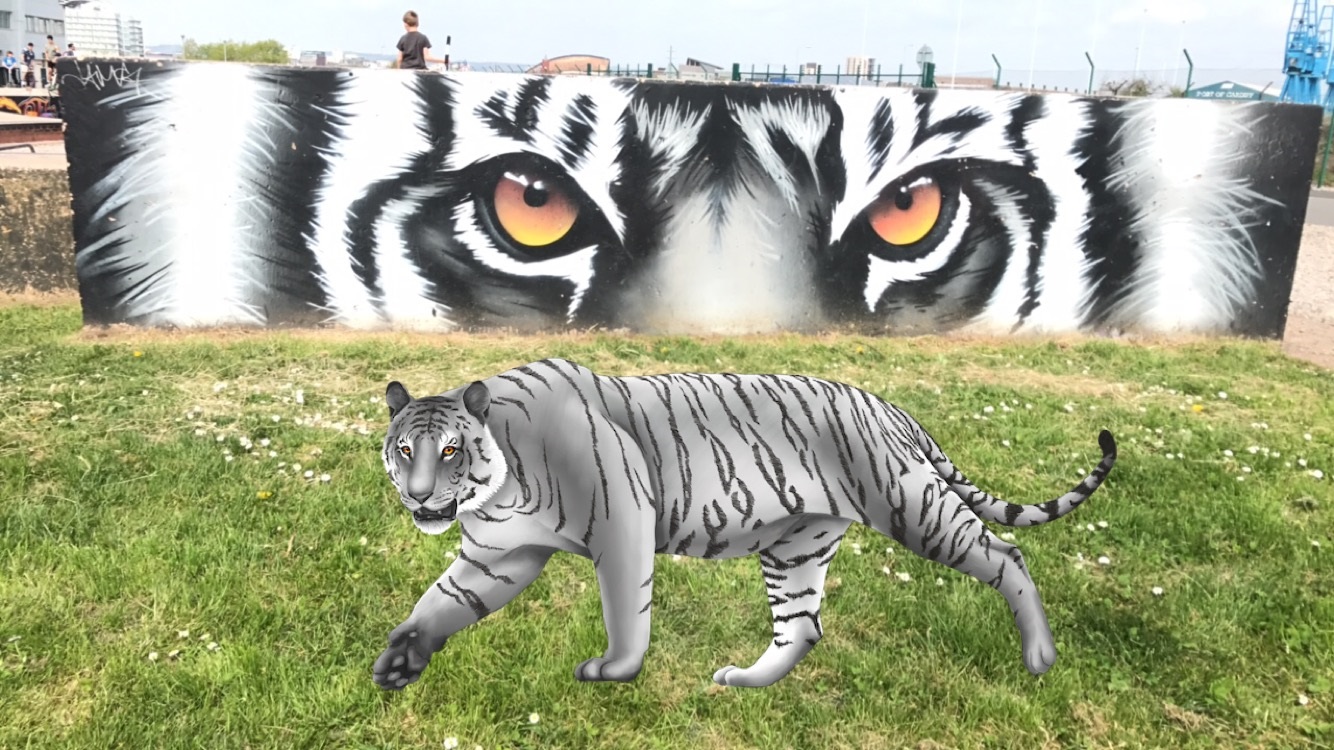 It wasn’t long before we found this tiger, near the skate park. You can take photos of yourself with the animals, through the app – just make sure to save them to your phone.

I won’t give too much away with the virtual animals though, as it’s more fun if you can see them for yourself.

We did have a little trouble getting one of them to open, despite my phone showing we were in the exact spot. I’m not sure if the app was having an off-day or if it was my phone – but as we’re there quite often I’m sure it won’t be long before we can try it again so it wasn’t as disappointing as if we’d journeyed there especially. Older children may also like Tiger Bay Tales App, another location-based app which directs users to key landmarks, signposted by blue plaques, where they can access audio and visual content narrated by community figures from Tiger Bay.

Have you used the Tiger Bay Trail App? Do let me know in the comments below, on the Cardiff Mummy Says Facebook page or by tweeting me on @cardiffmummy 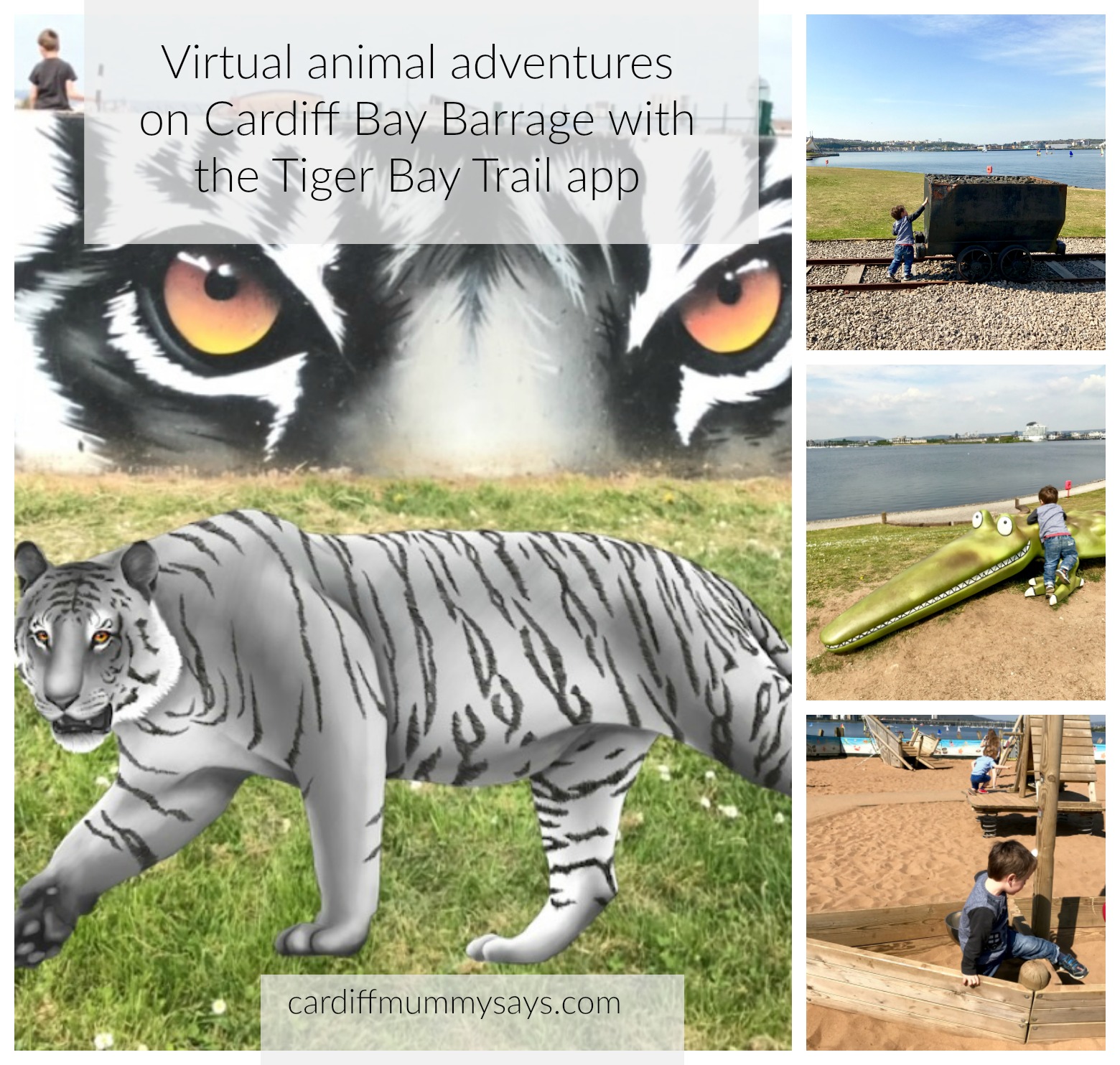 Disclaimer: We visited the Barrage on our own accord and Tiger Bay Trail App did not know we would be writing this review.