I’m kicking off today with Alana, who blogs at Baby Holiday. She talks about what it’s like to share parental leave with her husband, cutting short her maternity leave while he looks after the children for three months. 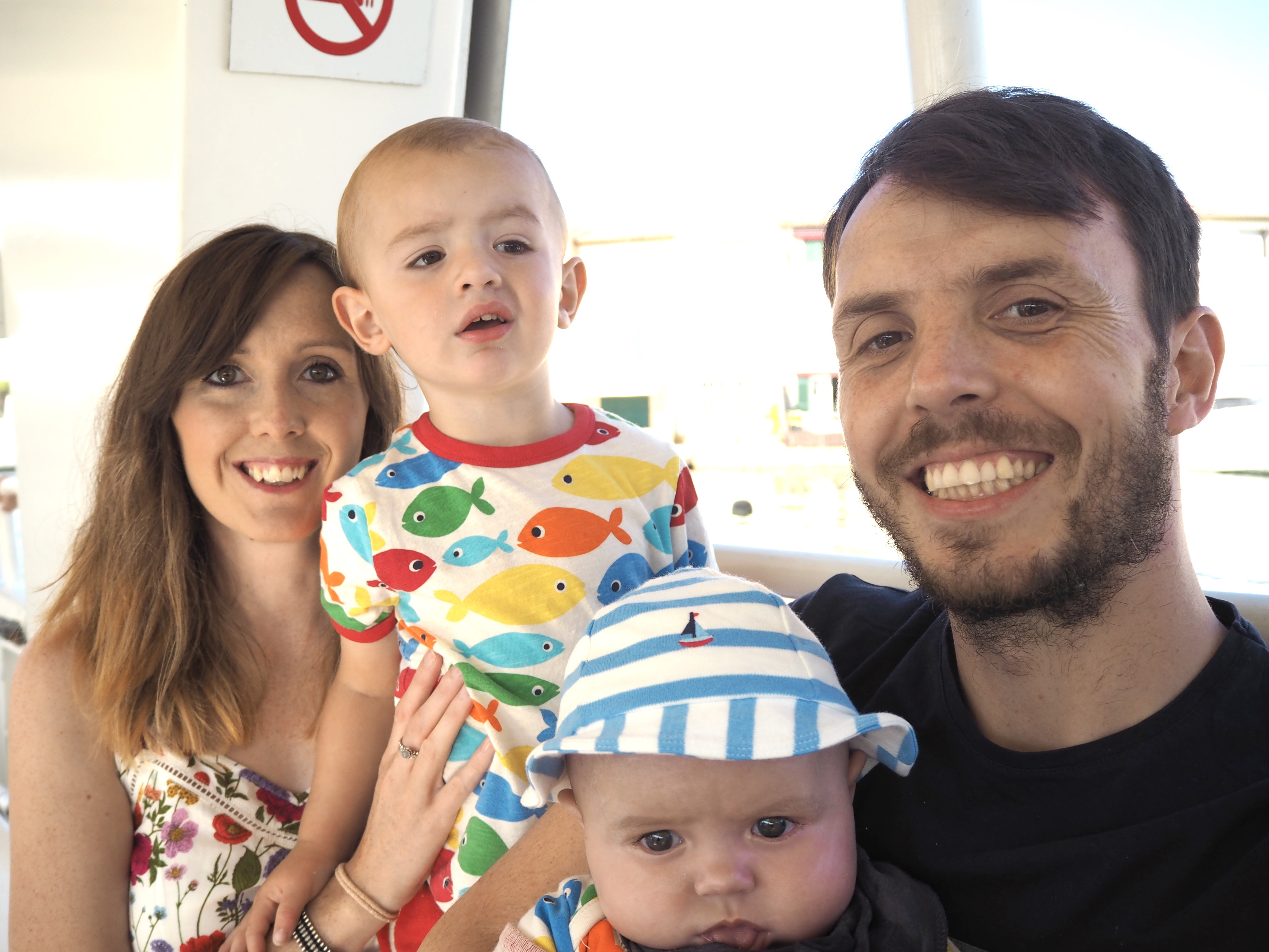 I’m Alana. I live in South Wales with my husband Stew and our two boys – S, aged two-and-a-half, and E, aged seven months. Both myself and Stew work full time, but our situation is fairly unique at the moment because we have taken shared parental leave. It wasn’t planned when I finished work for maternity leave, but a few weeks in, a job I’d been interested in for a few years was advertised. It was far from ideal timing, but we decided together that I should go for it. To cut a long story short, I was offered the position and after weighing up the pros and cons of returning to work early we agreed that I would accept it and Stew would take three months off to stay at home with our boys.

Tell us about your average day

Our average day can begin one of two ways. Either we’re all up and it’s a bit crazy and very loud, or somehow I’m the only one awake and getting ready for work creeping around the house trying to be quiet. Generally there’s a lot of dashing back and forth to the kitchen for breakfast for our toddler, milk or porridge for the baby, and trying to squeeze in a cup of tea and some toast for myself. I generally leave the house at 8.15am, but not before S insists I give a kiss and a cuddle to everyone. Stew then gets the boys dressed and tries to hold off on going out somewhere until at least 9am… he’s very much an outdoor person and doesn’t like being cooped up at home.

What are the biggest challenges of shared parental leave?

For me it’s been missing out on being at home. I got used to my maternity leave very quickly the second time around and was far less stressed about going to baby groups every day. I loved having quiet days at home with E when S was at nursery, or meeting friends on the days I had both of them. Now I only have a couple of hours a day with my little ones, and it is hard not having them by my side for most of the day. When I leave the house in the morning I get a little pang of guilt at leaving them, but at least for now they have Stew at home. In a few weeks it’ll be even worse when we’re both back in work. For Stew I think it’s been quite a shock to the system. He’s always been a very hands-on dad, and I had no worries that he would cope, but it’s difficult getting used to constant demands, trying to get a baby to nap while also entertaining a toddler, and thinking of things to do when the whole day is stretching out before you. 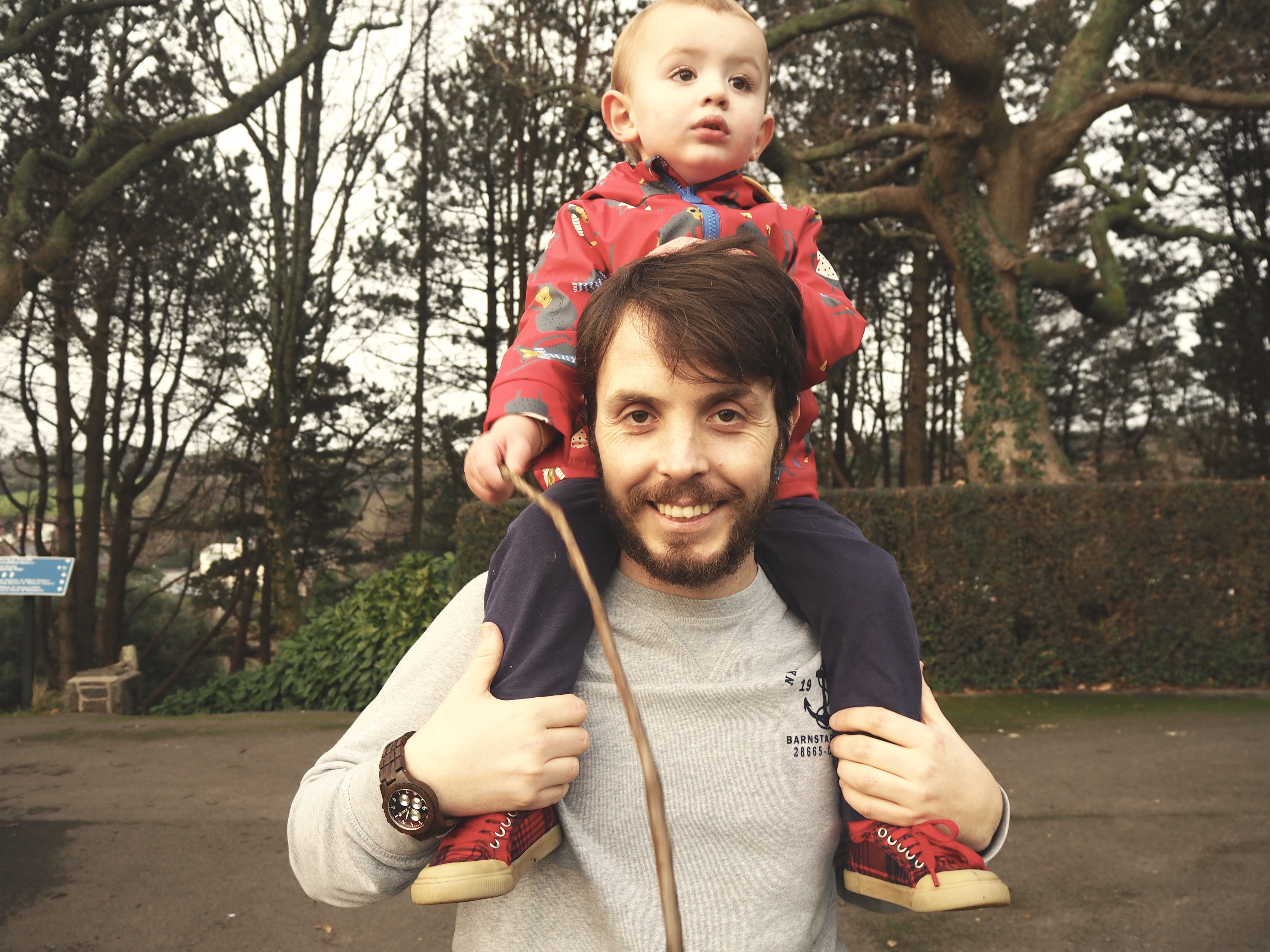 What are the best/most rewarding parts?

Overall, the best feeling is knowing I won’t have to return to a job with hours that would make quality family time difficult. I enjoyed my old job at a newspaper, but the shifts meant I could be out of the house hours before S was up or after he had gone to bed, with no pattern to the hours I was working. Day-to-day, my favourite part is opening the front gate as I get home and stopping to peep through the window. It’s so nice to see what they’re up to, and most days S spots me and bursts into a huge grin before rushing to the window to talk through it to me.

For Stew it’s getting quality time with the boys while they’re still so young. He felt he couldn’t bond as quickly with E because he was split between work and giving the two of them attention. I really think it’s benefited them all having daddy at home.

What are the biggest misconceptions people have about shared parental leave?

That fathers would struggle to be at home with their children. We had a lot of comments along the lines of “I’d never let my husband take my maternity leave”, which really shocked me. Fathers are more than capable of being the main parent, and Stew has shown me up by having food ready most days when I get home from work. It’s an opportunity for men to spend time with their babies that they miss out on by only taking a few weeks of paternity leave. When you think about it, it is quite unfair that women assume the whole 12 months available is just for mothers.

What would you most like people to know about shared parental leave?

That shared parental leave is definitely worth taking, even just for a few weeks. It’s important for fathers and babies to bond, and also gives men an insight into life at home with children.
It also pays to plan ahead and to read up on shared parental leave, not decide part way through your leave like we did! You need to give eight weeks’ notice to both employers, and to have been in your job for a certain amount of time before the baby’s due date to be eligible for the leave. It sounds quite complicated when you read up on it online, but if you’re returning to the same position it should be really simple. 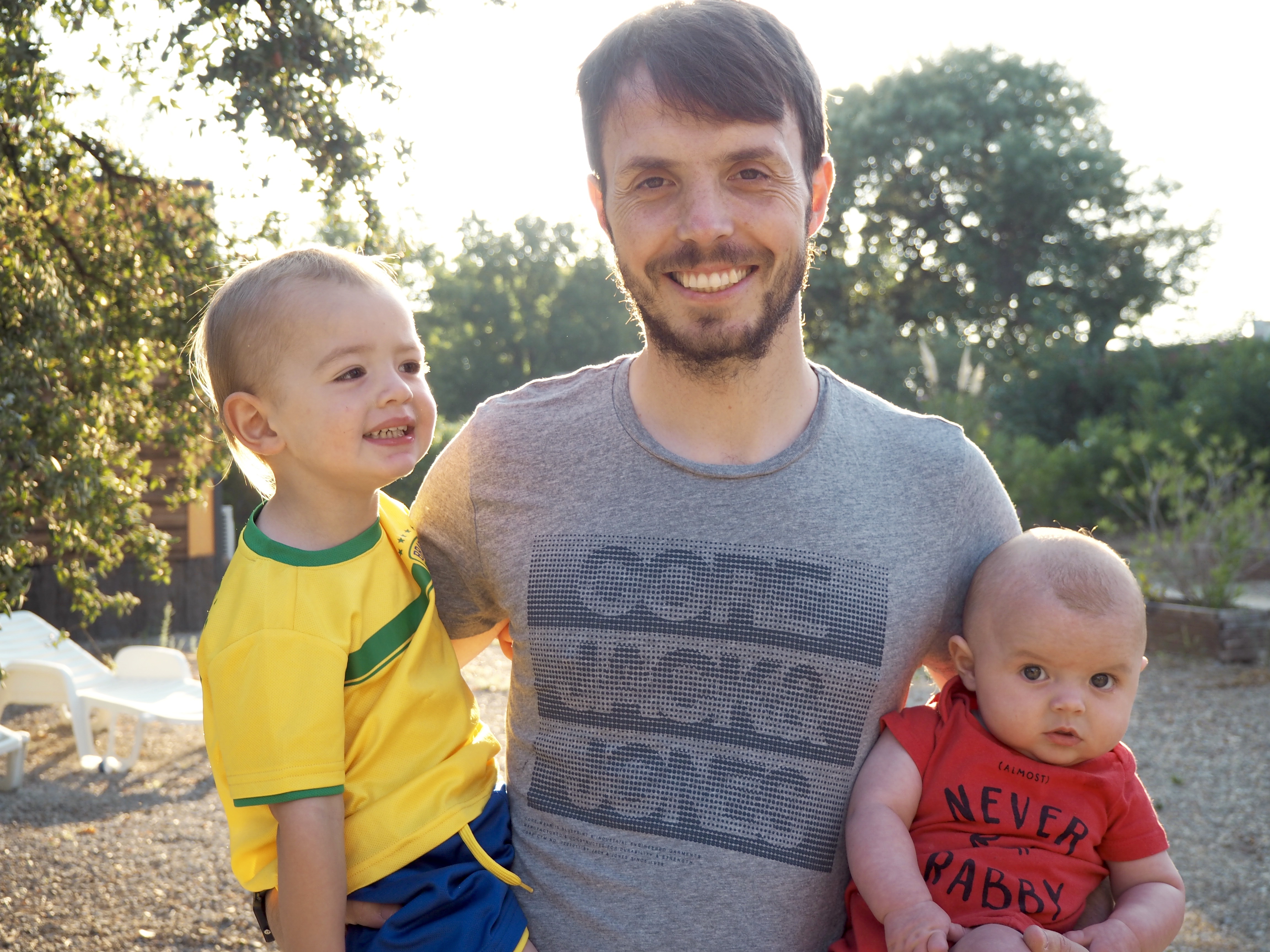 Our parents, and nursery! It is intense having a toddler and a baby and I don’t think either of us would have coped if they were both at home full time. S goes to nursery for two short days a week, and our mothers help out by having him too. That gives Stew time to catch up on housework, spend time alone with E, and generally catch his breath from the whirlwind toddler.

What advice would you give other parents thinking of shared parental leave?

I can’t stress enough how much I would recommend shared parental leave. If you’re in the position to take it, seriously consider it. You won’t regret it.

2 Comments to What it’s really like… to take shared parental leave?