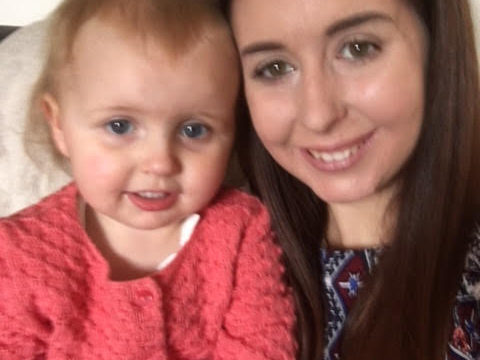 What’s it really like…? is a regular series on Cardiff Mummy Says looking at the realities of parenting for different types of families. From a home-educating family to a mum whose child has autism, it’s been fascinating gaining an insight into the highs, the lows and everything in between for different family set-ups. You can catch up with the rest of the series here.

This week, Llanelli mum Jenna Newell, who blogs at Then There Were Three, talks about life with a toddler and one on the way, and a husband who works away.

Tell us about your family set up

At the moment we have one daughter who turns two in April and another bambino on the way, due in August. We have just moved to Llanelli. I work part-time for an airline in Swansea.

If it’s a working day then it’s pretty standard; I’m up for 5:45am to get myself ready before waking Aoife at 6:30am to be out the door for 7:15am. Nursery drop off is 7:30am and then I head to work until 5pm. Once she has been picked up she will have a light tea, bath and bed by 7pm.

On my days off we usually wake around 7:30am; Aoife will stay and laze in my bed with me for an hour with her milk if we don’t have plans. We’re up and having breakfast around 8:30am-9am then its teeth brushed and get dressed. We usually go to soft play as she is absolutely obsessed with it and I get to relive my childhood too. If not, we will do things at home like colouring or go to a local park for a run around. If we have been to soft play she will usually nap for a couple of hours in the afternoon, which gives me time to get chores or blog work done. Then around 4pm we start to unwind ready for the evening. Tea is ready for 5pm, then it’s a bath and milk whilst relaxing watching Peppa Pig and then bed by 7pm. 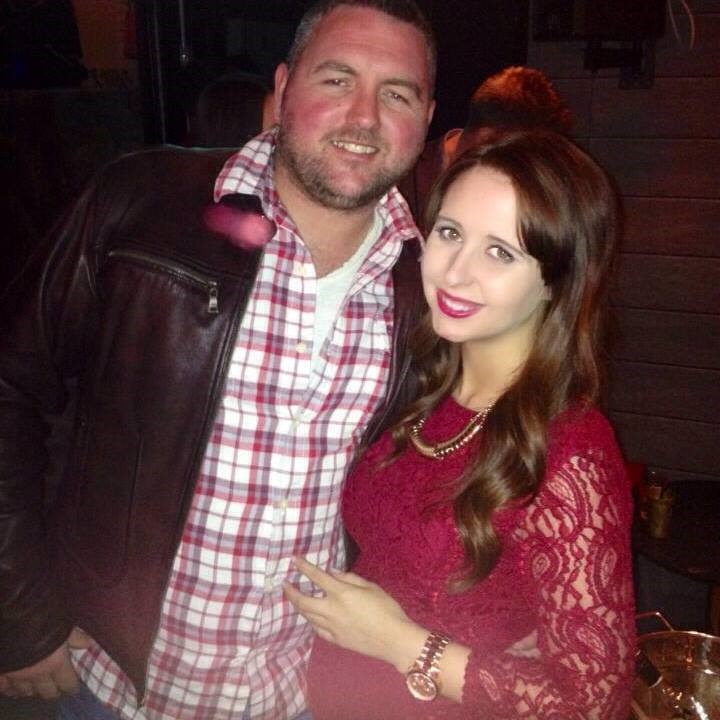 Tell us about your husband working away

When I first met my husband he worked as security for the British Embassy in Iraq. He would work away for eight weeks then be home for three weeks. I was living alone when we first met so this suited me perfectly – I’ve always been pretty independent and liked my own space.

When we decided to have a baby I was pretty naive going into it in regards to his job. He missed the majority of my pregnancy. I had three separate scares during the time when he was away. The first was an early bleed but luckily a friend came with me to the early pregnancy unit. However I also had two incidents of reduced movements; one at 24 weeks and another at 38 weeks. Both of those times I was in hospital by myself and it was horrible.

We knew from his rota that he wouldn’t be back for the birth – even if I went two weeks overdue he would have missed it by a few days. My daughter came two days early, on April Fool’s Day. I was at home at 3am and was told to go into the hospital. At this point I didn’t realise I was in labour. My dad’s partner came with me and nine hours later my daughter was born. My husband didn’t get to meet her until she was almost three weeks old.

Just before she turned one he quit and came home to work. First of all he was home every night and we argued more during that time than the whole of our relationship – we weren’t used to spending that much time with each other! Now he does HGV driving and is only home on the weekend, which for me is the perfect balance.

What are the biggest challenges of your other half working away?

Not getting time to myself until the toddler is in bed. Sometimes it is exhausting and I would love to just pop out to the shops by myself but I can’t.

Are there any upsides?

I get peace and quiet in the evenings and can watch what I want on the TV instead of Only Fools and Horses every night! 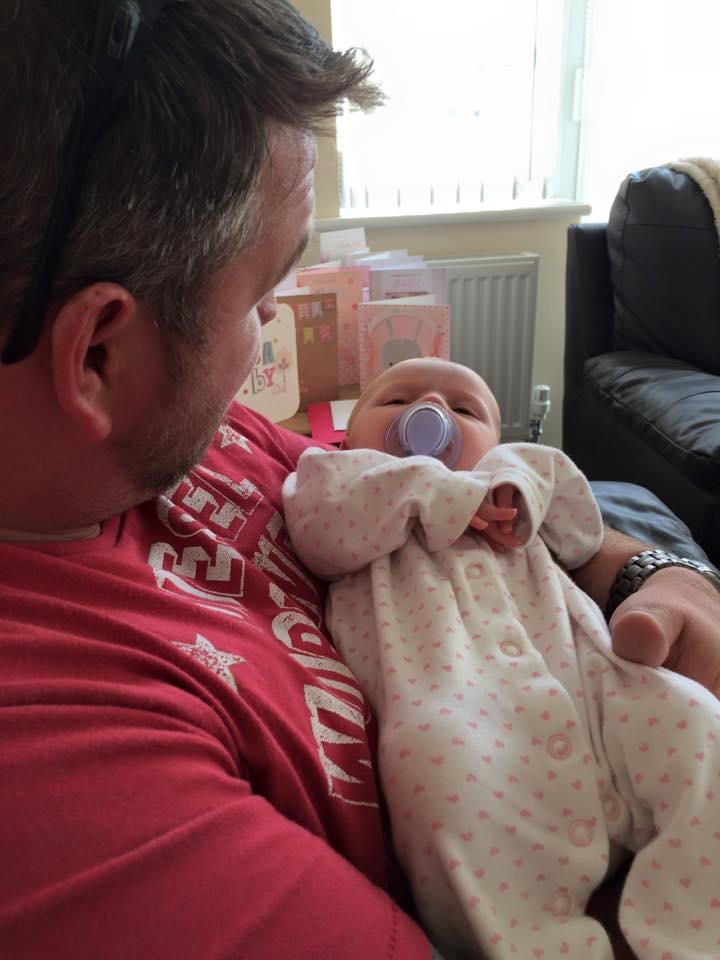 How do you both feel about him missing key moments in your daughter’s life?

It’s hard. Luckily this time round he gets to see a lot of it but before that it was a lot to handle. There is also a chance that he will miss the next birth too so that’s also a worry.

He did find it extremely hard at first as he had to pretty much watch his daughter grow up through Skype. He missed her first words and her first tooth. Luckily, he had already quit his job by the time her first steps came around. Nowadays he doesn’t miss as much as what he did back then, although he is still only around for less than a third of the week. Although, deep down I think he’s glad he missed the birth – probably for his own safety!
When he was in Iraq we kept in touch through Skype, although the internet connection sometimes went down or he would be away for a week with no communications. Now we don’t tend to Skype, maybe a quick one now and then but as he drives for a job it’s harder – by the time he has finished the little one is in bed. 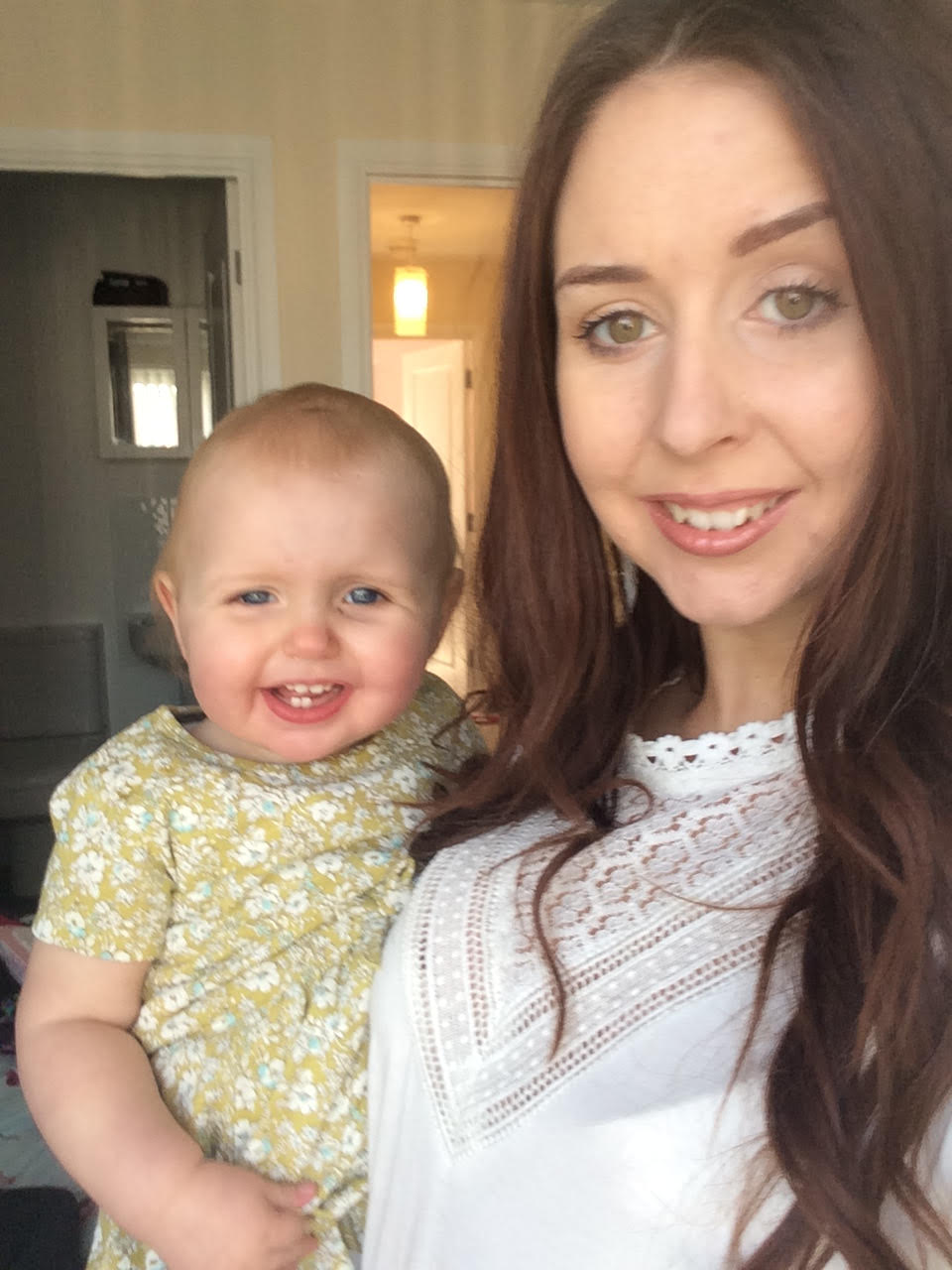 What are the biggest misconceptions people have about parents in your situation?

A lot of people think that I am a kept woman and let my husband slave away at work whilst I flounce about spending his money. This isn’t the case at all – I enjoy my job and it took a lot for me to go part time. The only reason that was done was due to childcare costs anyway. I earn my own money and pay for my daughter’s nursery fees and everything to do with our car. Our mortgage is around the same amount as the nursery fees so he covers that. We work as team.

What would you most like people to know about your situation?

That it’s a lot harder than people think. During the week I’m housebound from 7pm as I can’t leave Aoife. This results in a lot of nights in alone with no adult company and ordering a take away for one. 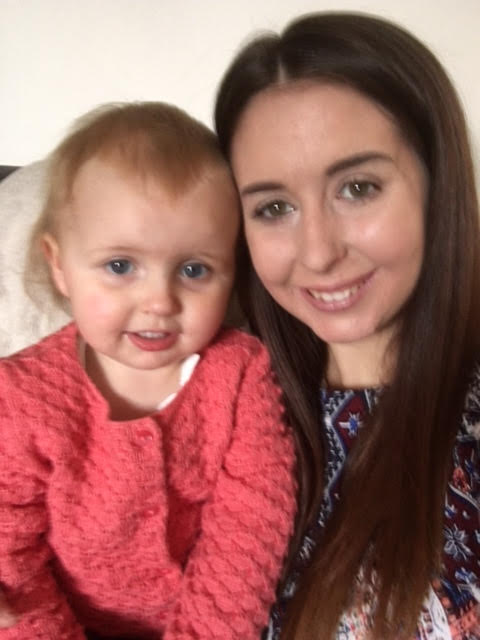 My dad and his partner – without them I wouldn’t have been able to go back to work as they collect her from nursery every Friday for me whilst I work until 11. They take her home for me and stay with her until my husband is home at around 7pm.

The advice I would give is keep busy – it makes the day go so much quicker and if the children nap it’s a bonus!

Homepage » Family life » What’s it really like….. being mum to a toddler when your husband works away?