Our final day trip on our recent weekend break to Tintern was to the International Centre for Birds of Prey in Newent in Gloucestershire on the edge of the Forest of Dean.

My children have developed a bit of a fascination with birds of prey following our recent trip to Ebbw Vale Owl Sanctuary, so we knew this would be a definite hit with them, even though it was around 50 minutes from where we were staying.

The oldest dedicated bird of prey centre in the world, it is home to over 70 species of different birds of prey and owls. The site itself is beautiful – a lot bigger than we had expected and with immaculately-kept lawns, flowers, trees and so on. 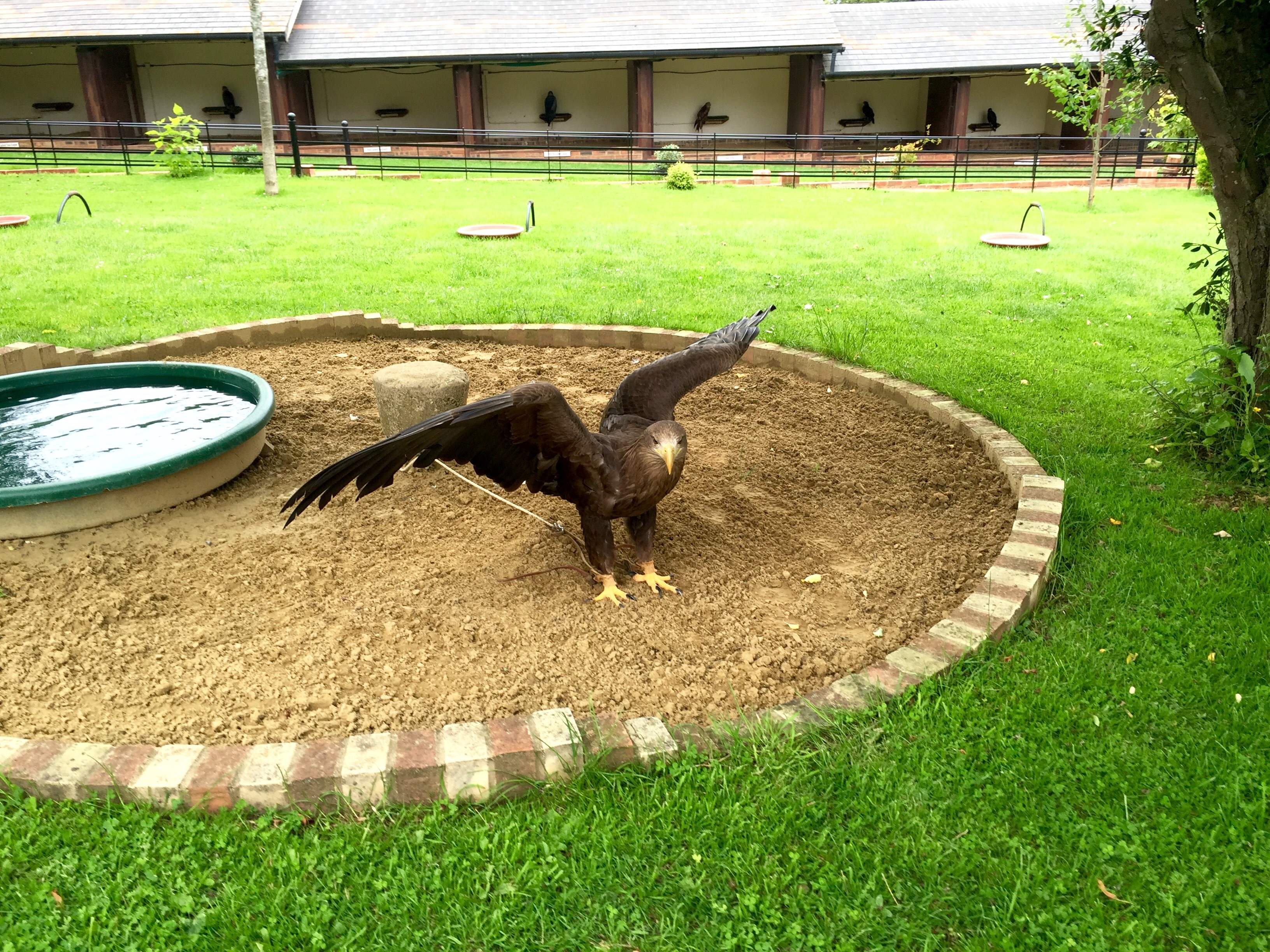 A great place for families, it’s really accessible for buggies, has baby changing facilities, a café area and a gift shop. It’s worth noting for children who are nervous of or allergic to dogs that there are five beautifully glossy black Labradors on site, but we found them really friendly and good natured.

The centre is run by Jemima Parry-Jones MBE, a title awarded to her in 1999 for her services to bird conservation. The daughter of Phillip Glasier, author, falconer and founder of the centre, Jemima (pictured below) is a respected worldwide authority on birds of prey, a breeder, conservationist, author, lecturer and consultant. 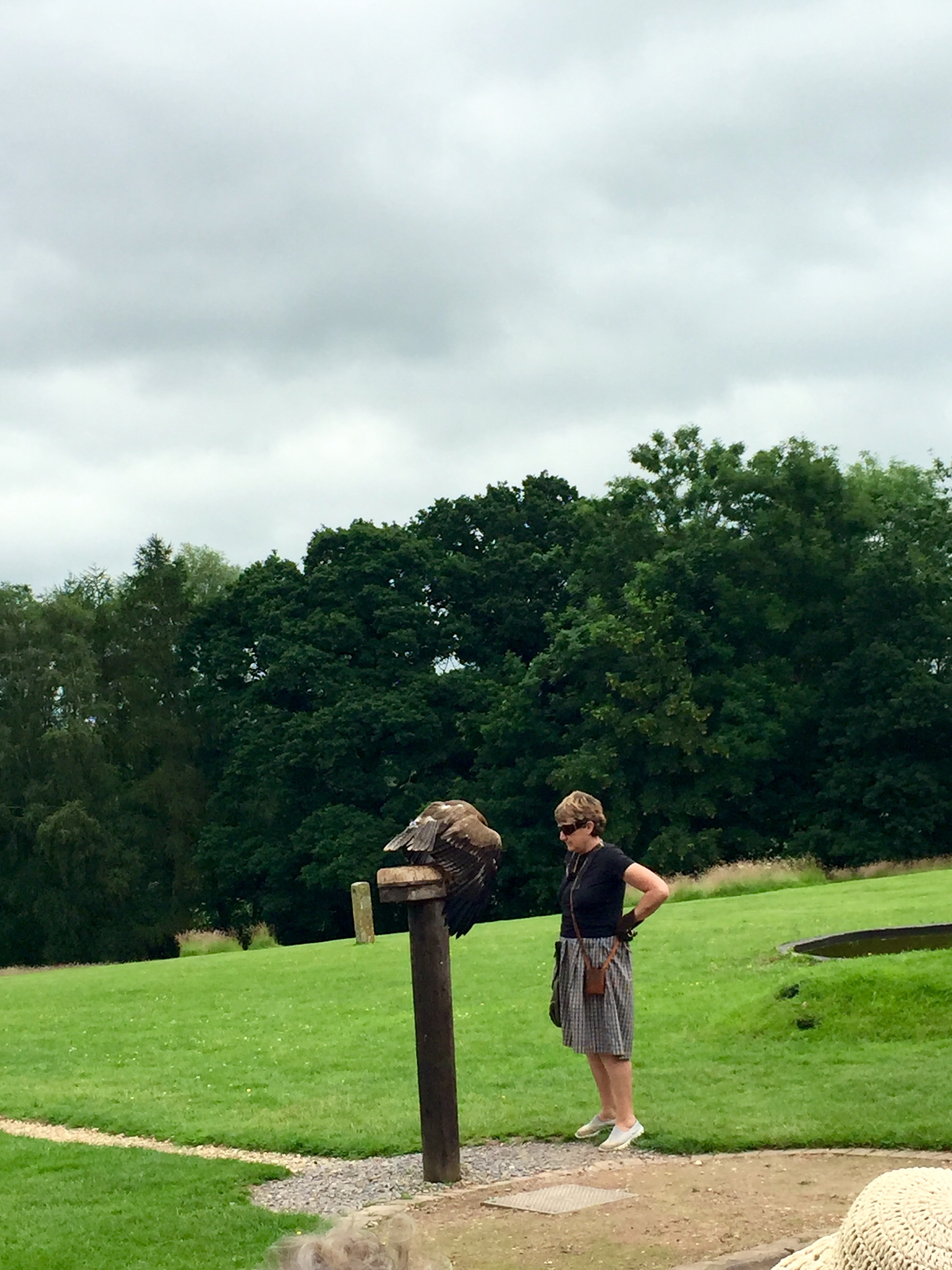 In short, she knows her stuff – and was more than happy to chat to us when we saw her walking around the grounds. While she acknowledges some people take issue with any kind of animal captivity, hearing about the work she and her team do in helping to breed and conserve birds of prey was fascinating. Studying and breeding the birds in the centre has meant she and her team can implement and oversee similar projects to help protect endangered species in their natural habitats across the world. 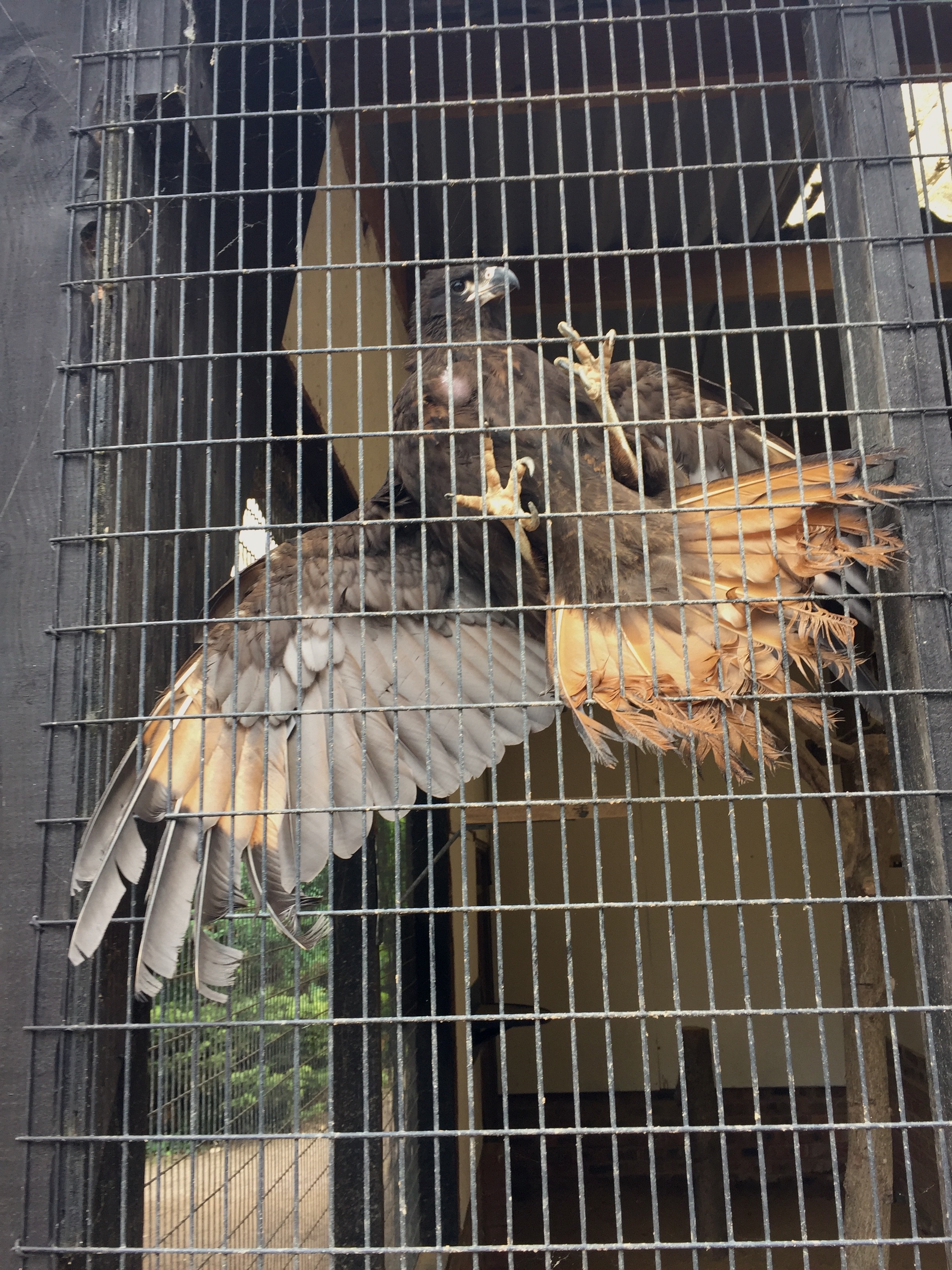 We arrived at the International Centre for Birds of Prey – a registered charity – just as one of the three daily flying shows was about to start. This is a chance to learn more about some of the different birds in the centre as well as watching them flying around and swooping down to their handlers for their food. We met five different birds, including eagles, kites and owls, and my eldest two children – Little Miss E, 6.5, and Little Man O, 4.5 – found it absolutely fascinating. They especially loved watching the burrowing owl living up to its name and hiding in its little hole in a mound of grass and popping its head out just like a meerkat. Some of the birds swooped down really low over our heads, which was incredible, especially given owls are silent while in flight due to the unique design of their wings. 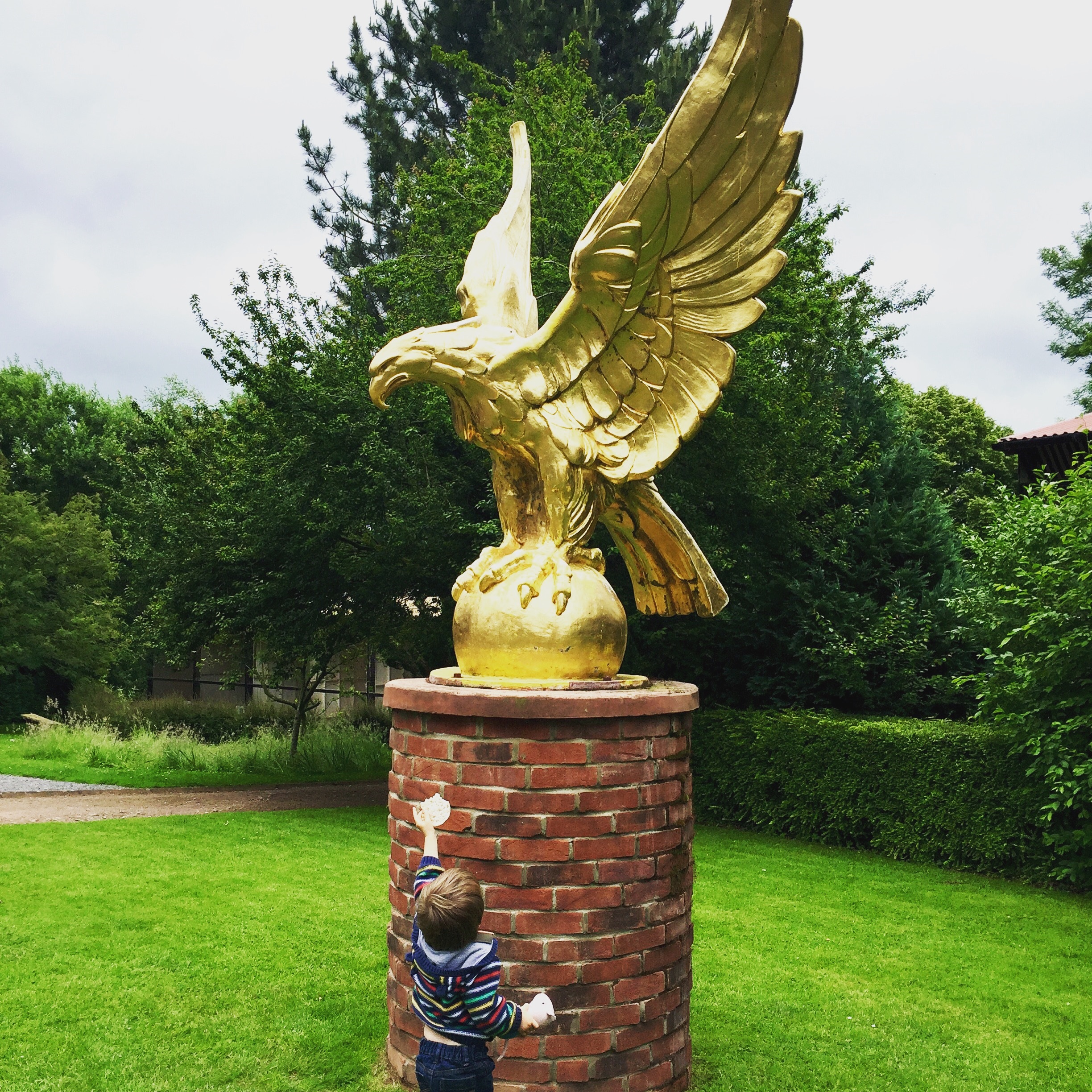 Toddler managed about half of the show before he started getting restless, so he and I wandered off to meet this golden bird, with Toddler trying his hardest to share his rice cake with his new friend.

With the show finished, we visited the owl barn, which is home to 15 pairs of different types of owls, and then to meet the eagles, vultures and condors. My children were particularly taken with these two Eurasian Griffin vultures, necks entwined, preening each other’s feathers.

There are signs around the centre saying it is breeding season for a lot of the birds, hence the staff are not cleaning the cages as often as usual, in order not to disturb the birds. I asked Jemima whether visitors put off the birds from mating – and she said it was quite the opposite, with some birds enjoying having an audience! We didn’t see anything of that nature during our visit though! 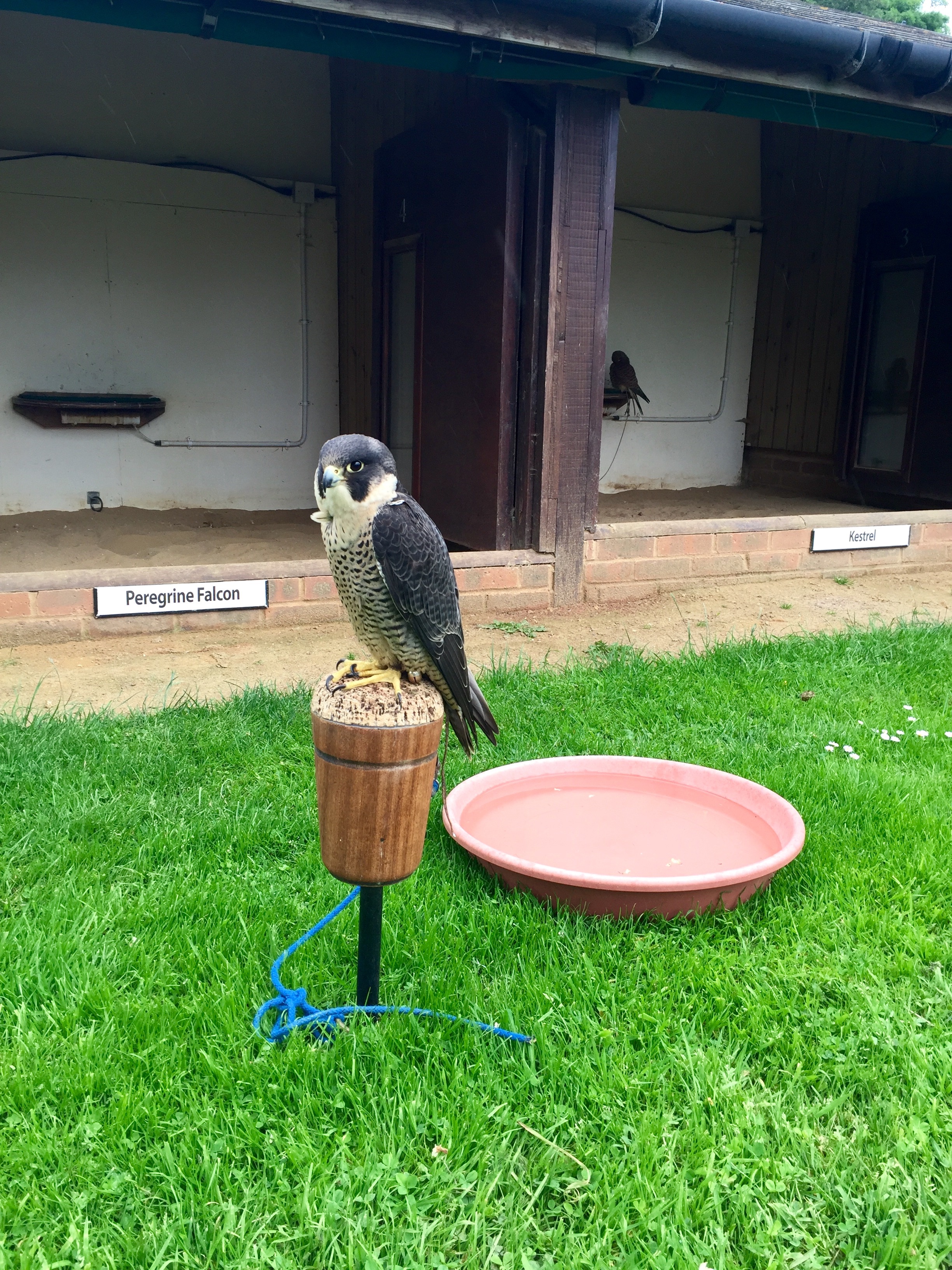 We spent around half a day at the ICBP, but you could easily make a whole day of it, as there’s plenty of picnic tables, the grounds to explore, three daily shows (during peak season), the caged areas, plus an open area of birds on perches as you enter the venue. I felt that we learned a lot in a fun and fascinating way.

Have you been to the International Centre for Birds of Prey? What did you think? Do let me know in the comments section below, on the Cardiff Mummy Says Facebook page, or by tweeting me on @cardiffmummy

You can read about our stay in Tintern and visit to Tintern Abbey here, our day at Perrygrove Railway and Puzzlewood here, and all our UK family travel posts here. 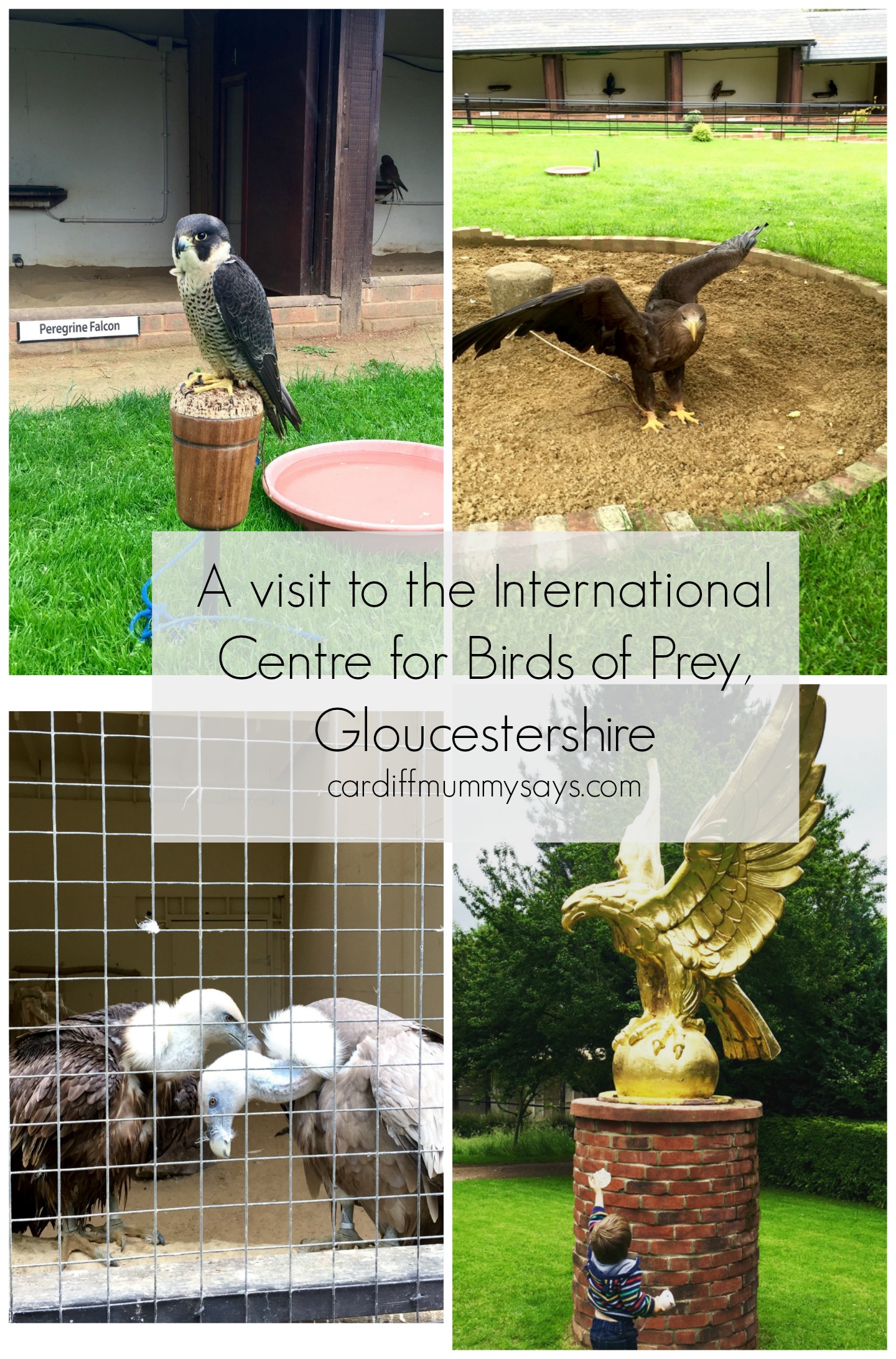 We were given free entrance to the International Centre for Birds of Prey for the purpose of this review. Thanks to Wye Dean Tourism who arranged this trip for us.

1 Comment to A visit to the International Centre for Birds of Prey, Gloucestershire