I know I’m Cardiff Mummy Says, but a big piece of my heart will always be an hour down the M4 in Swansea. That’s where I went to university between 1996 and 2000. It’s where I met the man who is now my husband. It’s where I met some of my best friends in the world and had some of the best years of my life (well, pre-children, anyway).

So when the Swansea Marriott Hotel invited me to bring my family along to stay for the night and to use the hotel as a base to explore Swansea, of course I said yes. I hadn’t been back to Swansea for almost six years, and Cardiff Daddy and I have been saying for a long time how much we’d love to take our little family to visit what is such a special place to us.

We arrived early morning on the Thursday before the Easter weekend and, as it was bright and dry, headed straight to Mumbles. Some things have changed a lot since I was last there – there are coffee shops where some of the infamous pubs of the Mumbles Mile used to be, for starters. 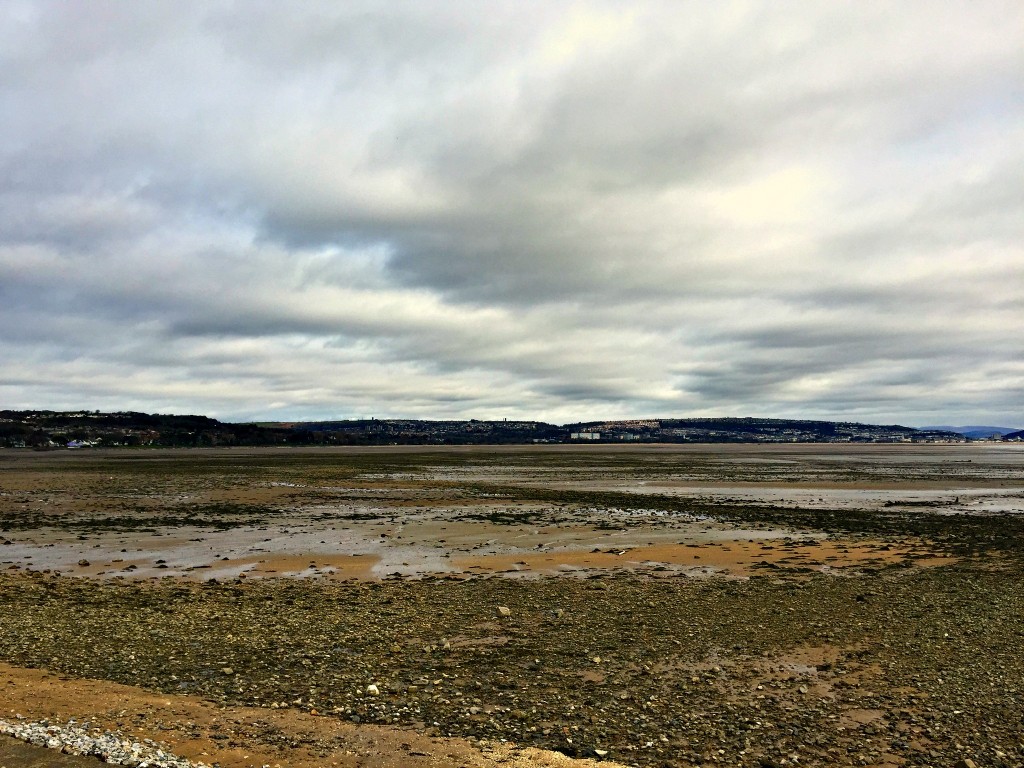 Other things haven’t changed at all. The views across Swansea Bay are still just as inspiring as I remember, and the footpath alongside the coast is still such a wonderful place to walk along. Or scoot along, in the case of Little Miss E, my five-year-old, and Little Man O, aged three and a half. They loved whizzing along the sea front. We stopped at the park half way down, and my little ones had a great time playing on several different climbing frames, slides and swings, for a good 45 minutes.

We had lunch in The Front Room, a gorgeous vintage-style café, which only holds about 20 people or so but where the food is good and the service friendly – and then headed for ice cream. You can’t visit Mumbles without having a Joe’s Ice Cream. The Swansea company has been serving the most delicious ice cream for over 90 years and even though we have a parlour here in Cardiff, on Wellfield Road, it’s just not the same if you’re not overlooking Swansea Bay when you eat it. 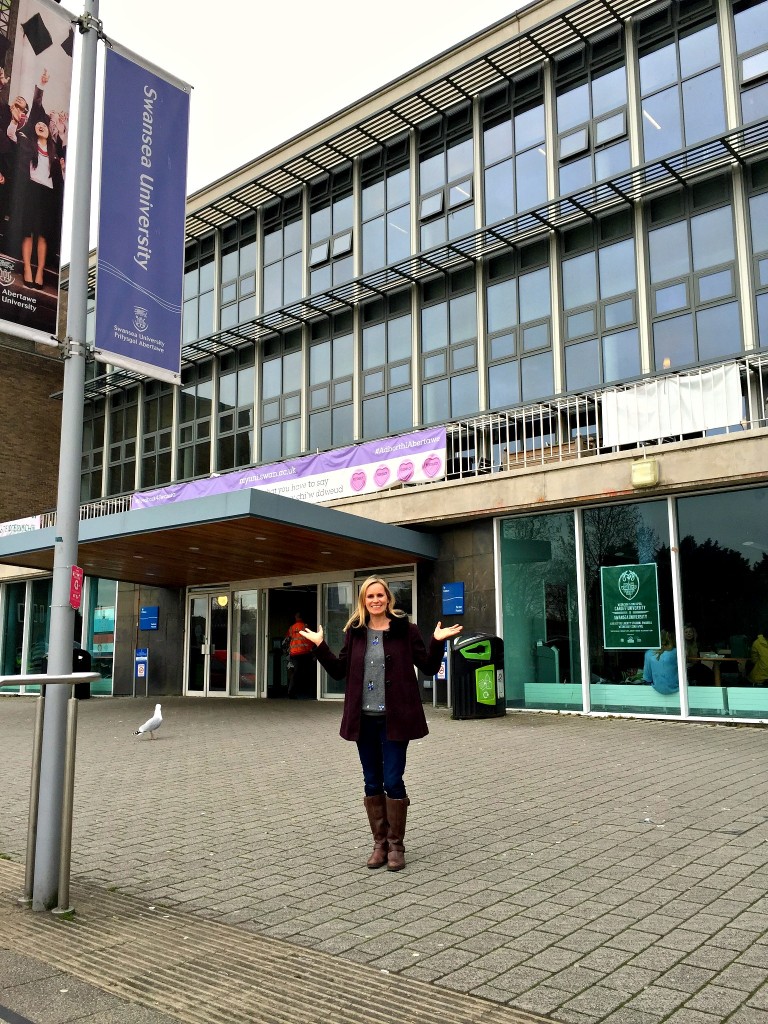 After a quick trip down memory lane, visiting Swansea University and the various student houses both of us lived in, we checked in to the hotel. Situated in the city’s Marina, it’s easy to access from the motorway. Our room had a great view overlooking the docked boats.

My children were desperate to go swimming in the hotel’s leisure club, and I wanted to make the most of the opportunity to go as a family. Our three children were born in just over four years, and although they all do weekly swimming lessons, it’s not easy for the five of us to go swimming together, due to adult/child age ratios. We had great fun in the hotel pool though. There were a few woggles and floats to borrow and we were given towels to use. As is so often the case with hotel leisure clubs, it’s a small leisure club that is lovely and quiet in the day, so bar one or two other guests, we pretty much had the pool to ourselves.

The hotel restaurant opens at 6.30pm, which is a bit late for my children, so we had tea in the bar area. My three little ones had pasta in a tomato sauce from the children’s menu; I had a pepper and goat’s cheese pasta and a cheeky glass of wine, and Cardiff Daddy opted for a chicken burger. Our meals took a little while to arrive but when they did, the portions were very generous and the food was gorgeous. We all cleaned our plates.

The informal and relaxed dining environment was great for us as a family and the staff were really accommodating towards our children. At one point Baby Boy I dropped his fork and we were handed a new one before I’d even had the chance to pick it up. At the end of the meal, Baby’s face was covered in pasta and we were given a warm, wet cloth to wipe his face with, without having to ask. 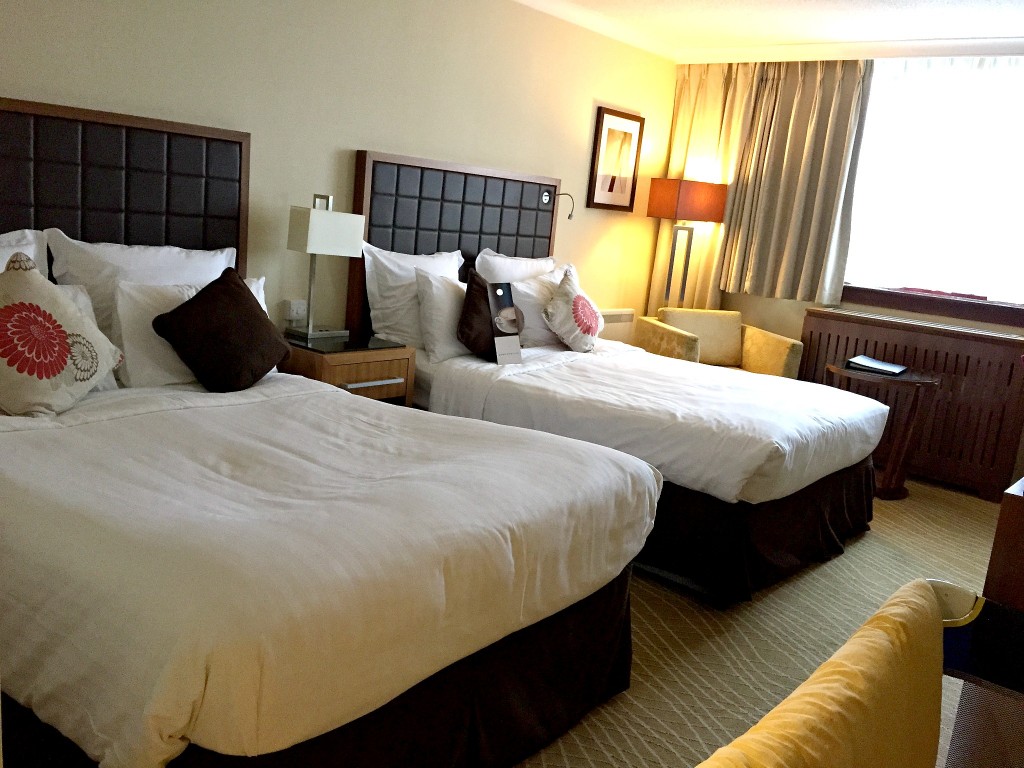 I wasn’t sure how all five of us would get on sleeping in the one bedroom. If I’m honest, I had visions of it all going horribly wrong. We switched the lights off and told the eldest two they had to be really, really quiet so that Baby could get to sleep, and then we’d let them watch some television in bed. We don’t have TVs in our bedrooms at home so this was a real treat for them. However, after such a busy day, and it being a good hour after their usual bedtime, the two of them were soon flat out and Cardiff Daddy and I were not too far behind. Baby was in a travel cot, provided by the hotel, and the rest of us were sharing two double beds in one a family room. It might have been a bit difficult for Cardiff Daddy and I if we’d wanted to stay up later than our children, but for one night, it worked well. Little Miss E and Little Man O both wanted to sleep with their daddy, so I got a whole double bed to myself. Result! Well, it was until the middle of the night when Little Man tumbled out of the bed and ended up coming in with me.

After breakfast – which was a typical all-you-can-eat buffet with full English, toast, pastries, cereal, and fresh fruit – we checked out and headed out for the day. Our original plan was to go to the Gower Heritage Centre, but as the weather wasn’t great, we decided to go to the nearby Swansea Waterfront Museum instead.

Part of the National Museums of Wales – which means entrance is free – this is somewhere I have wanted to visit for a long while, as I’m a big fan of museums and all things historical. Swansea Waterfront Museum is dedicated to innovation and industry in Wales over the last 300 years. The building itself is stunning. It’s a listed waterfront warehouse, attached to a modern slate and glass building. It only opened in 2005 and it’s quite strange to see such historical artefacts housed in such modern décor.

We visited on Good Friday so there were plenty of free arts and crafts sessions, which my children loved, as well as Swansea Accordion Orchestra playing. We spent a good hour and a half wandering around the exhibits. 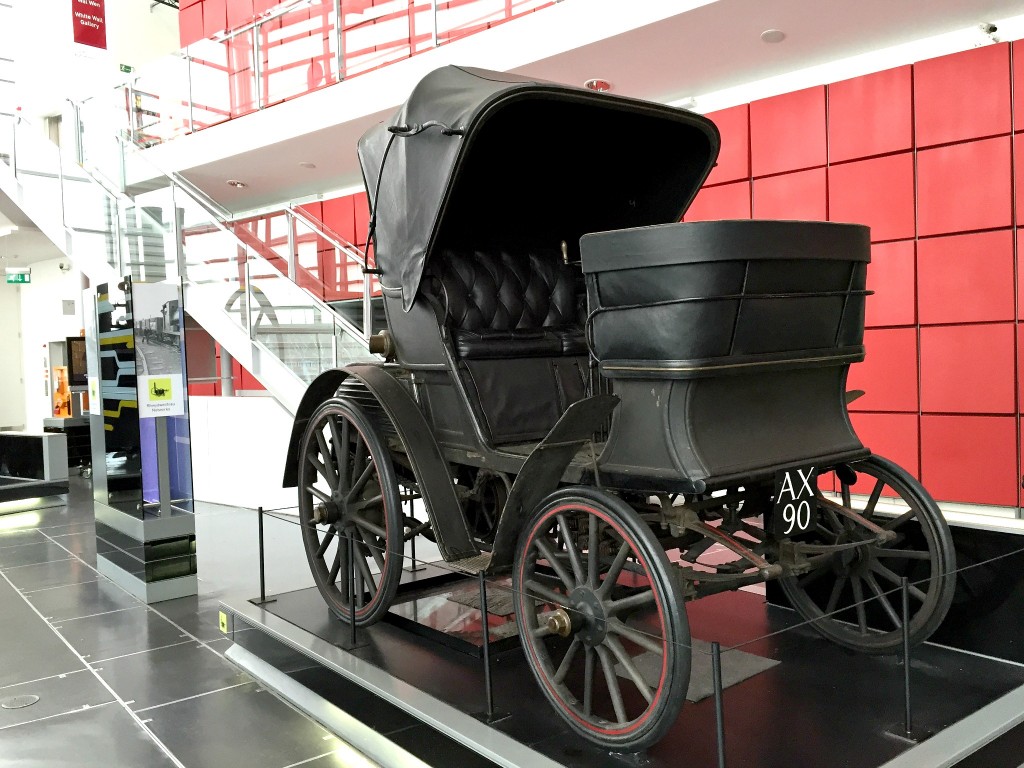 Little Man O, now three and a half, loved the replica boats and learning about the exporting and importing of goods; Little Miss E loved the section on the history of shopping including the virtual conveyer belt, where you could scan old-fashioned groceries; and they both loved the children’s play area at the back of the museum gallery. Alongside industry, it was good to see culture represented at the museum and they were both quite taken with the sections on the Scout movement and sport. The collection of cars and other vehicles from across the years was great; we spent a long time looking at all of these.

The museum is next door to Swansea Museum (also free admission), as well as LC2 leisure centre, with its waterpark, boardrider and indoor climbing centre, and is very close to the city centre too. While I probably wouldn’t travel to Swansea specifically to visit the Waterfront museum, it’s in a great location to combine with other attractions.

Little Miss E and Little Man O were a bit glum when we got back to Cardiff. I asked them what was up. “Mummy,” said Little Man. “Can we go and live in the Marriott forever and ever, please?” I think that’s proof enough they enjoyed their little holiday.

Swansea Marriott Hotel gifted us a family room, including our evening bar meal and breakfast, in return for an honest review. None of the other venues knew we would be visiting or writing about them.

Are there any family-friendly attractions you would recommend visiting in Swansea? Do let me know on the Cardiff Mummy Says Facbook page or by tweeting me on @cardiffmummy