Little Miss E is studying the Romans at school so we thought it was time to pay another visit to Caerleon. Just half an hour from Cardiff, the town has some of the most significant Roman remains in Europe.

Known as Isca to the Romans, Caerleon was one of only three permanent Roman fortresses in the UK. Wales was the furthest outpost of the Roman Empire and the fortress in Caerleon, which was built in AD75, guarded the region for more than 200 years. The Newport town is home to the remains of a Roman amphitheatre, Roman baths, army barracks, and the National Roman Legion Museum, which is based inside the remains of the fortress.

I’ve written previously about visiting the ancient sites – Little Man O developed a fascination with the Romans a year or so ago and Caerleon was a great way to bring to life what he had seen in books. All four are free to visit and in easy reach of each other meaning you can visit them all in a day.

Every Saturday, the National Roman Legion Museum hosts its family-friendly Super Saturdays. Alongside the usual exhibits and artefacts there’s a play area where children can dress up in Roman-style clothing and armour, Roman-themed pictures for them to colour in, and Playmobil Romans to play with. We have some of these toys at home so my children were excited to see the size of the museum’s collection. 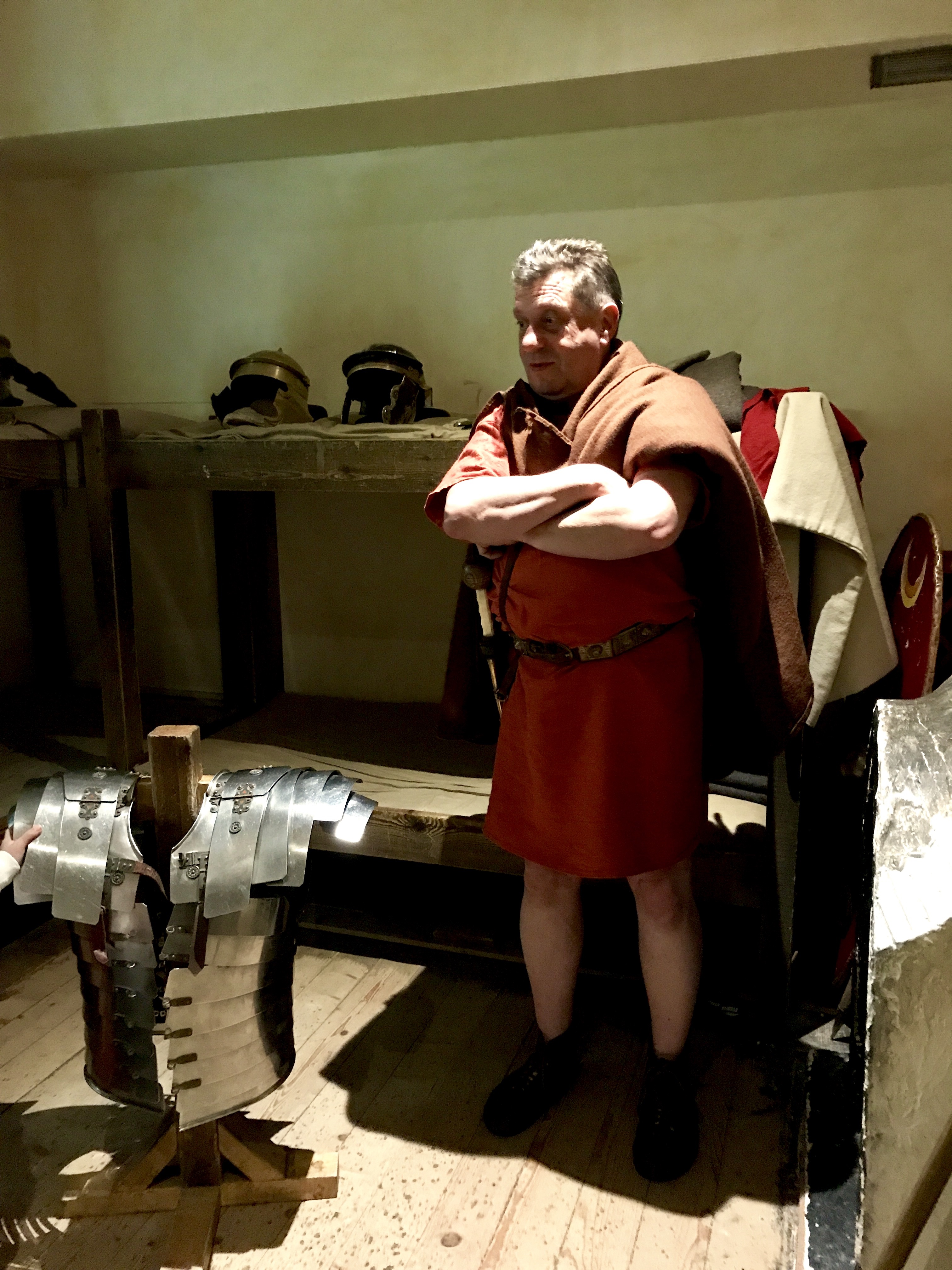 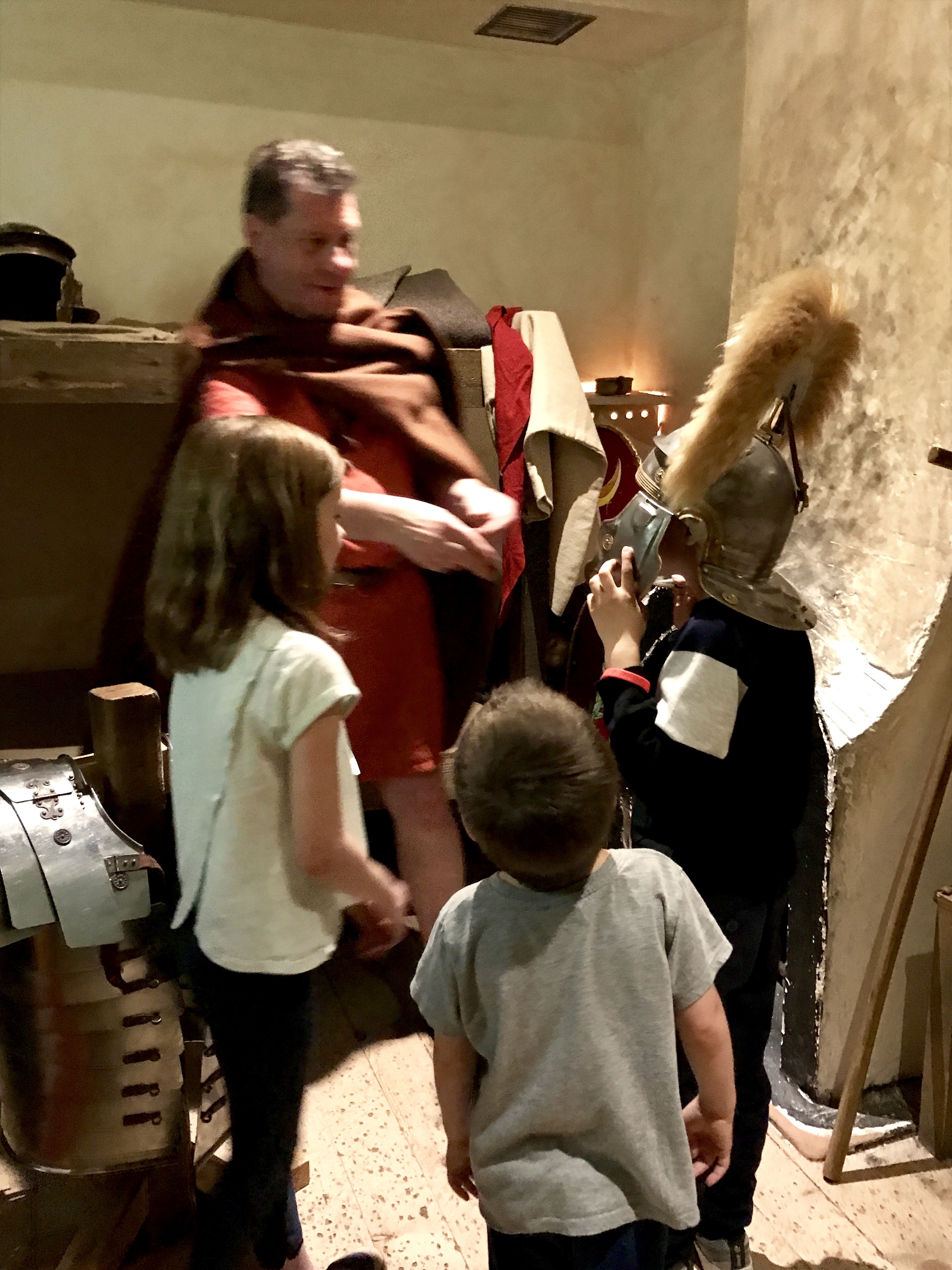 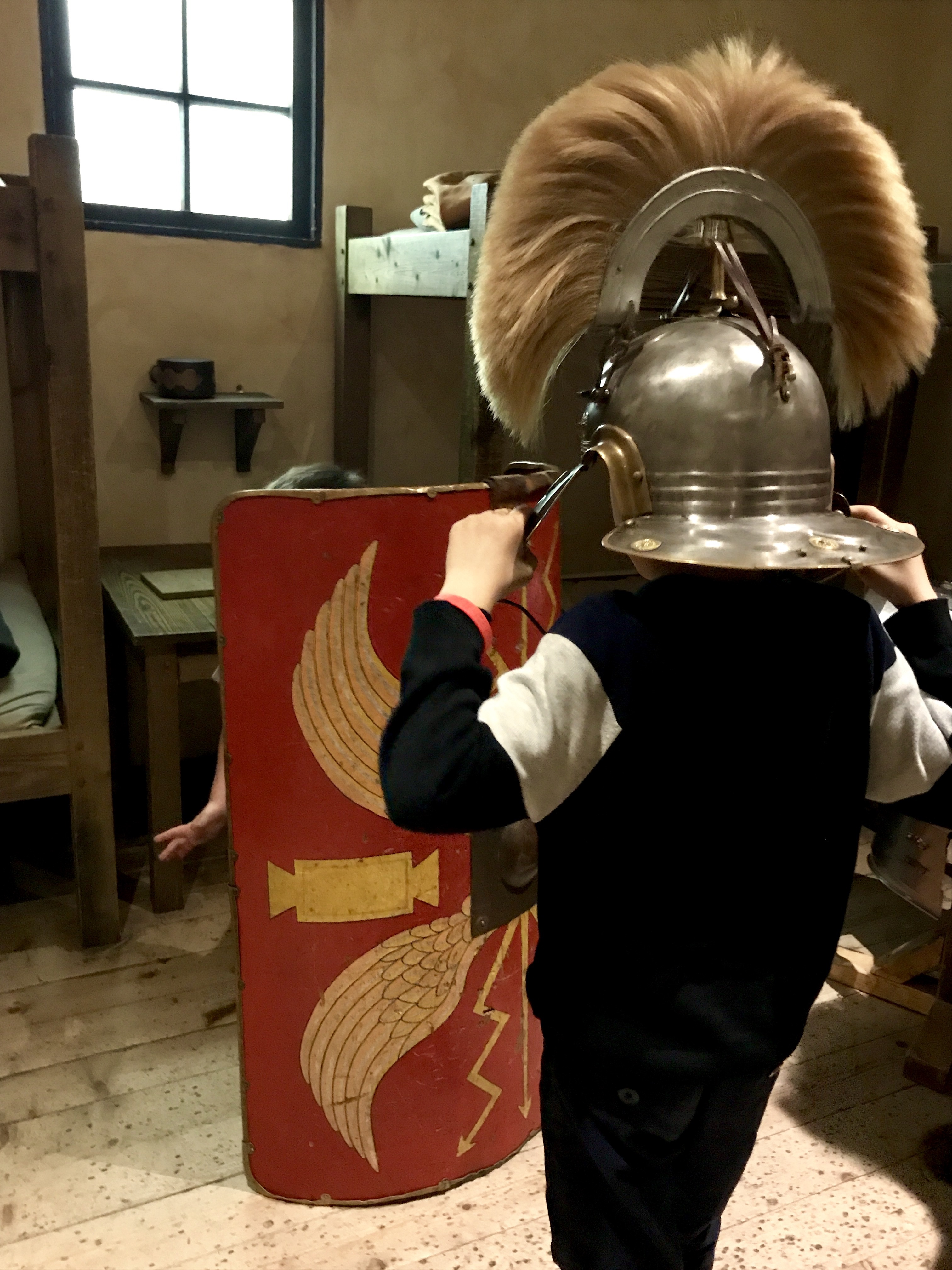 Super Saturdays sees the reconstructed Roman barracks open to visitors. A guide dressed as a Roman talks about what life was like for soldiers in the barracks. They had to share one small room between eight soldiers sleeping in four double bunk beds. He also helped the children try on some of the replica Roman helmets and armoury. My three couldn’t believe how heavy it all was. 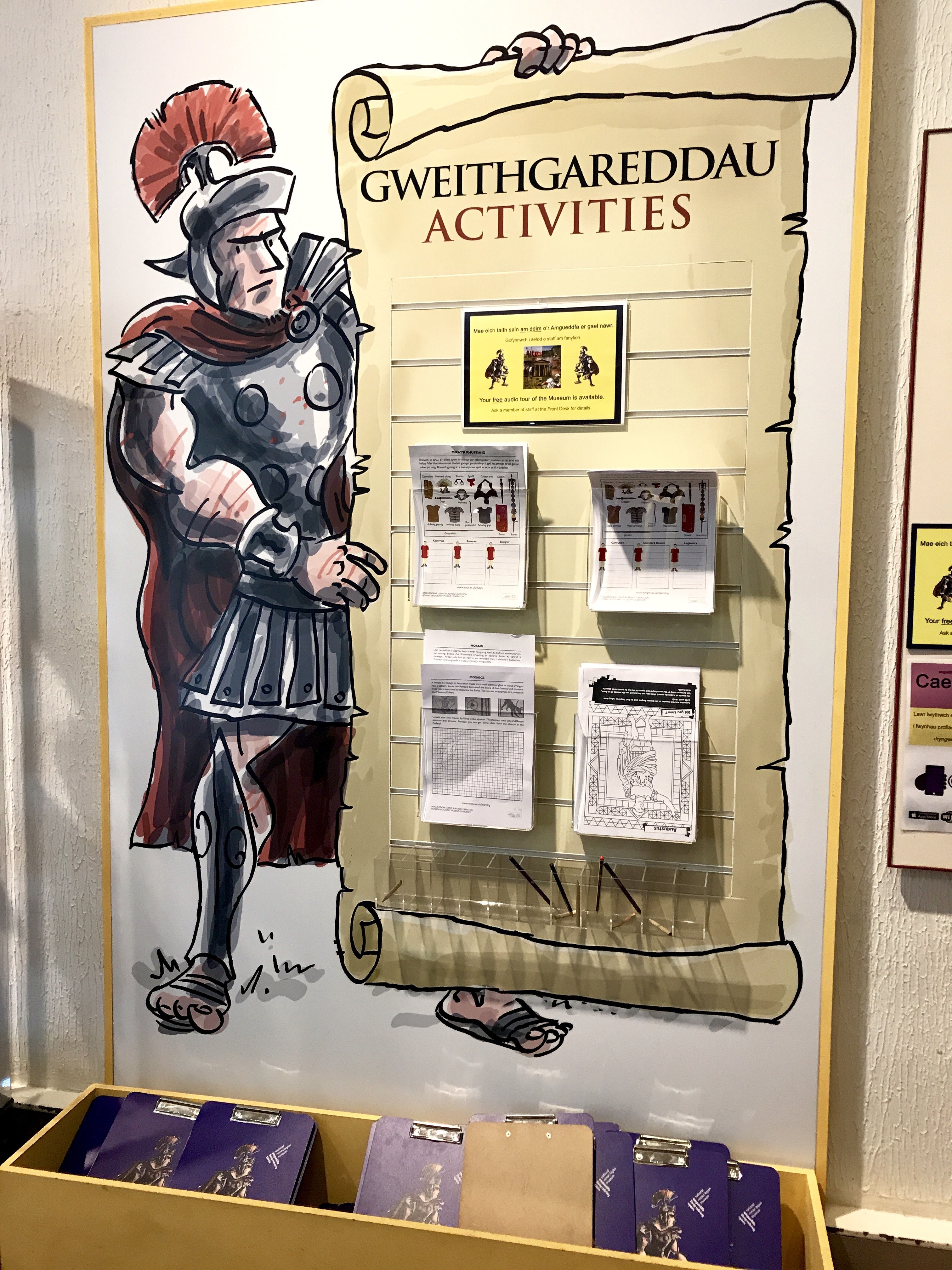 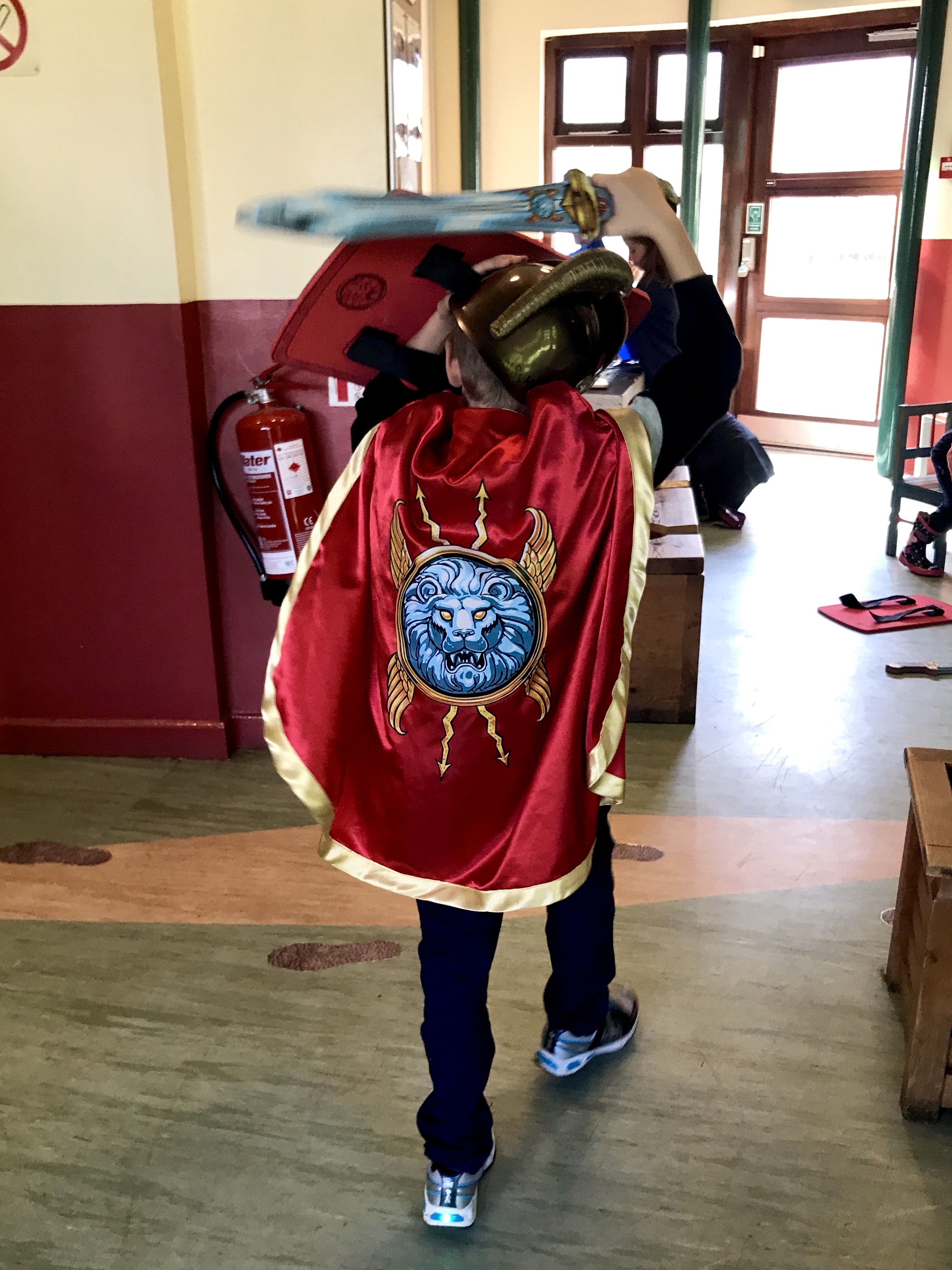 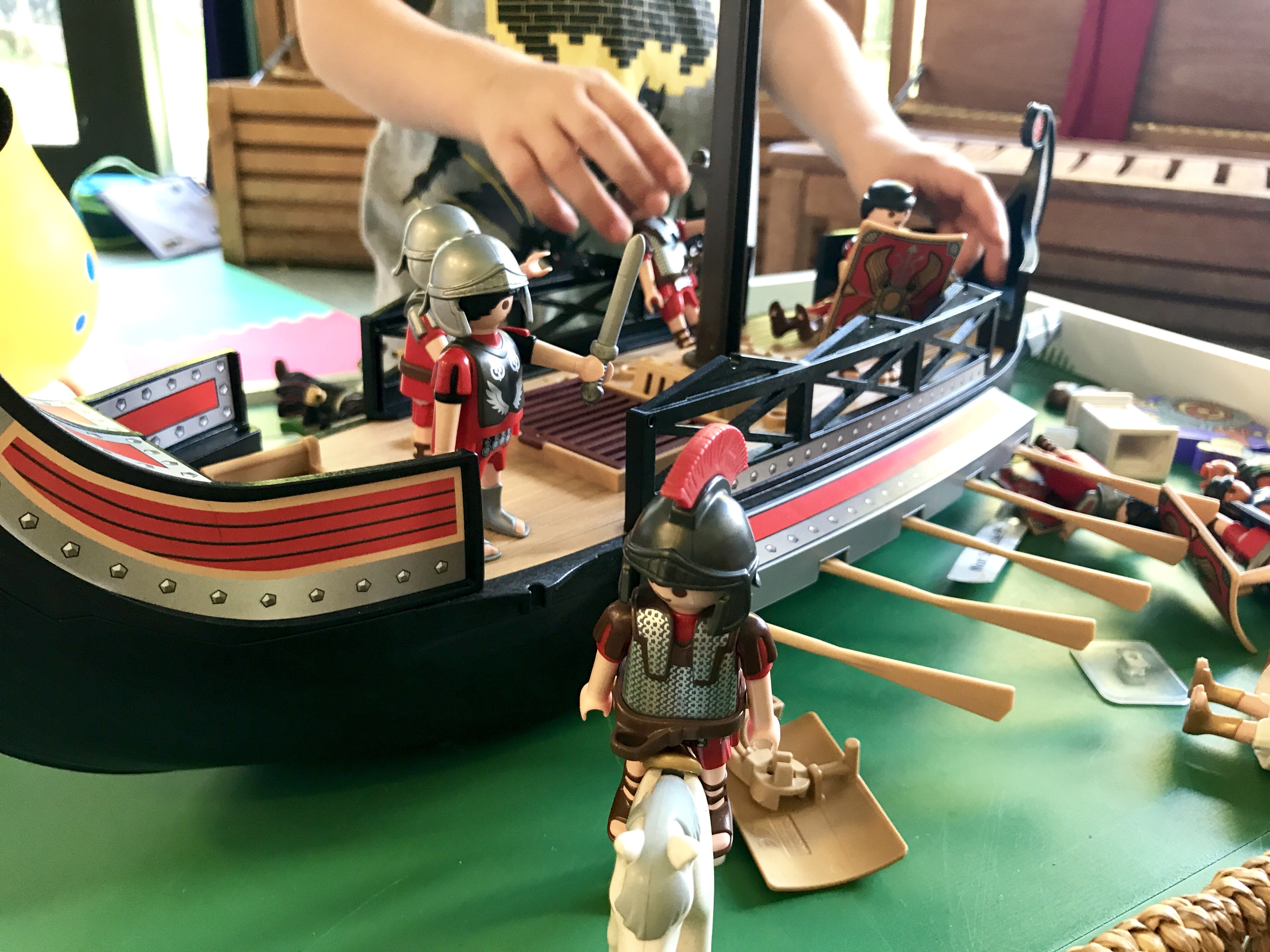 The museum has half a million artefacts including helmets, coins and gravestones. The full-size stone coffin, with bones inside, is particularly fascinating. It was discovered accidentally by a JCB driver who cracked it open while digging foundations to extend the local university in 1995. 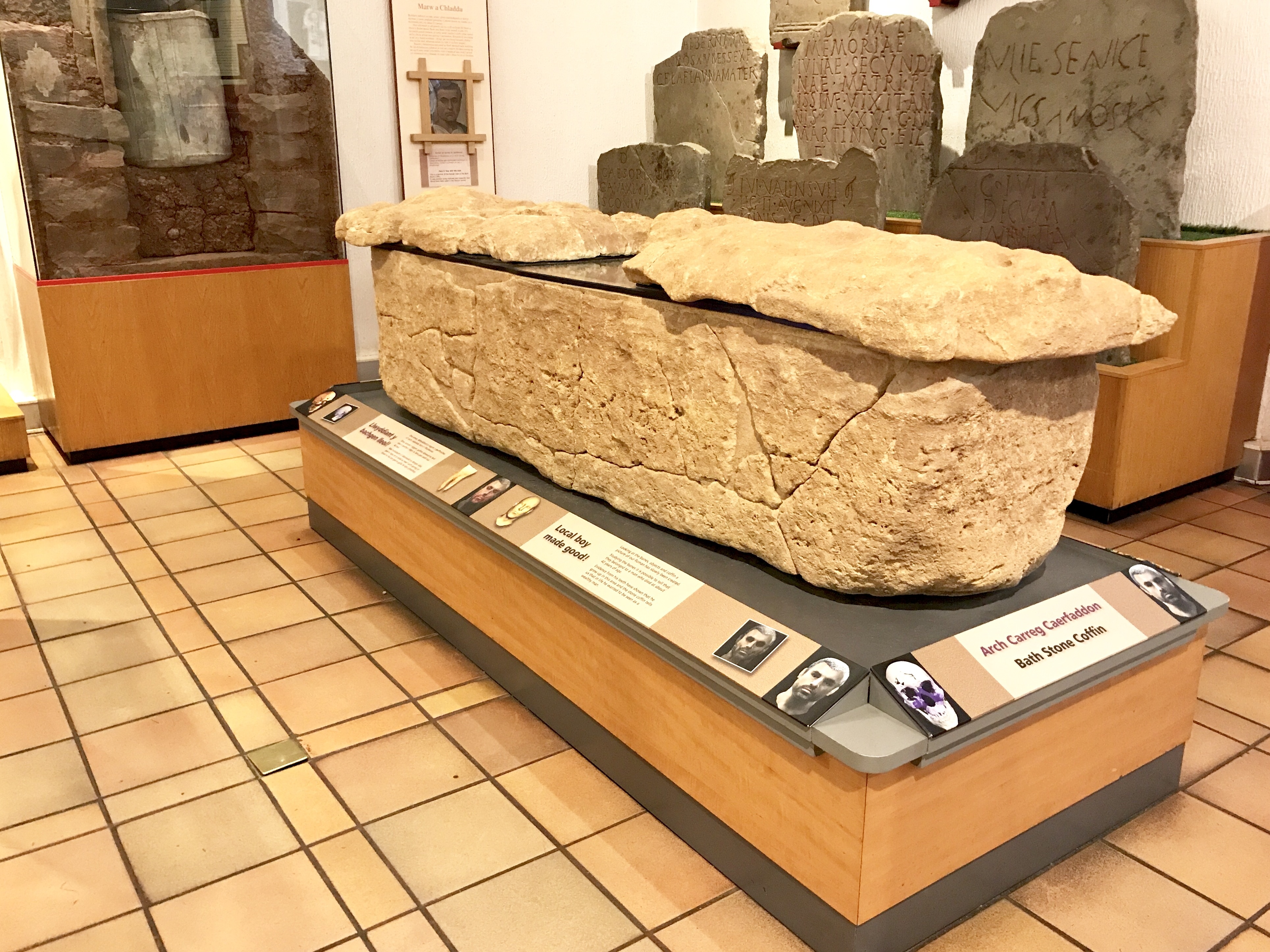 This weekend also saw a fantastic historical re-enactment event with a group of Roman soldiers walking 10 miles from Caerwent (where you can see remains of Venta Silurum, the first town in Wales, including surrounding walls, the remains of shops and a temple) to Caerleon in full armour and carrying replica weapons. Their journey was partly to raise money to help fund the museum but also in celebration of the birthday of the Second Augustan Legion, who were based in the town 2,000 years ago. 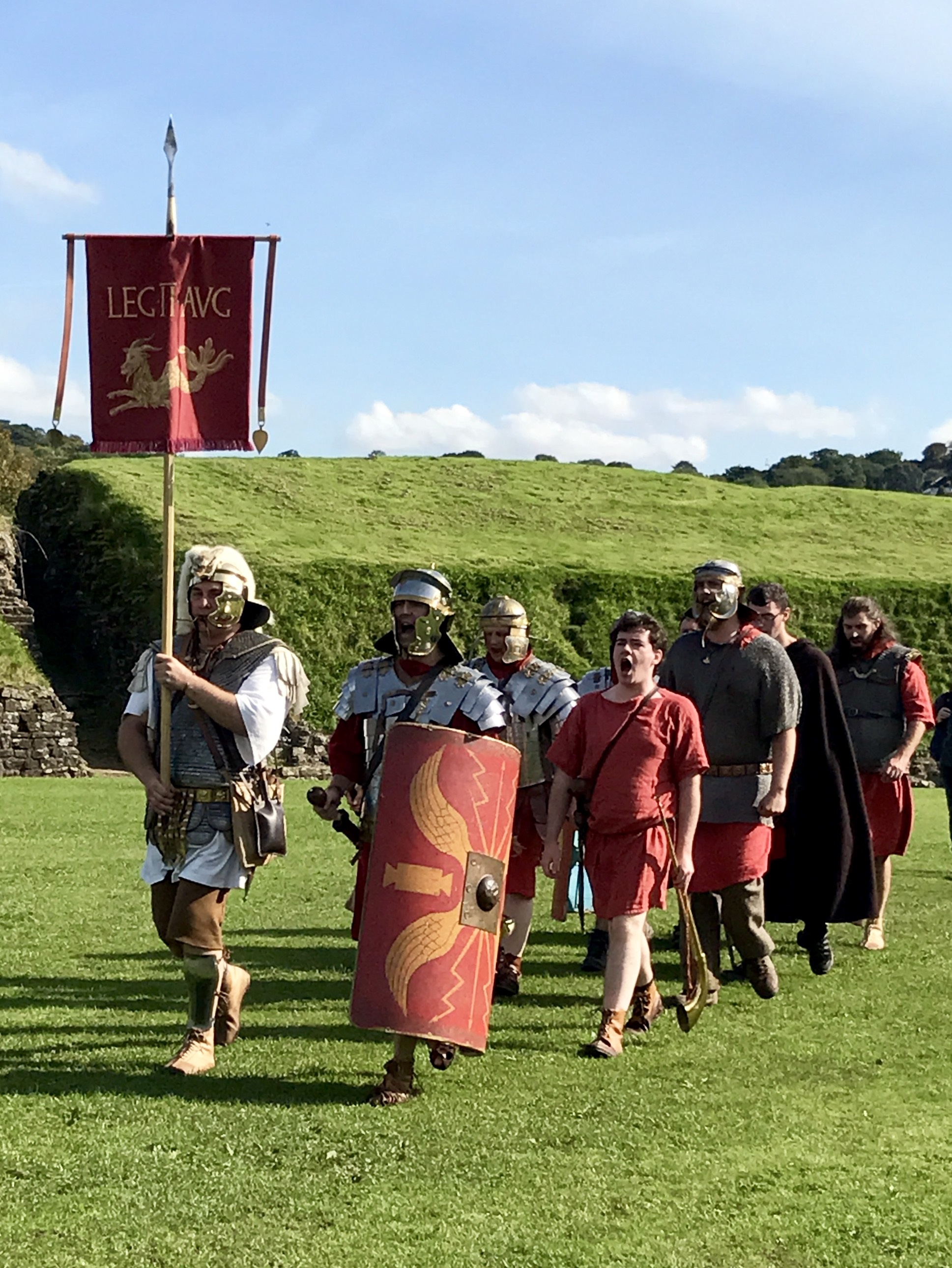 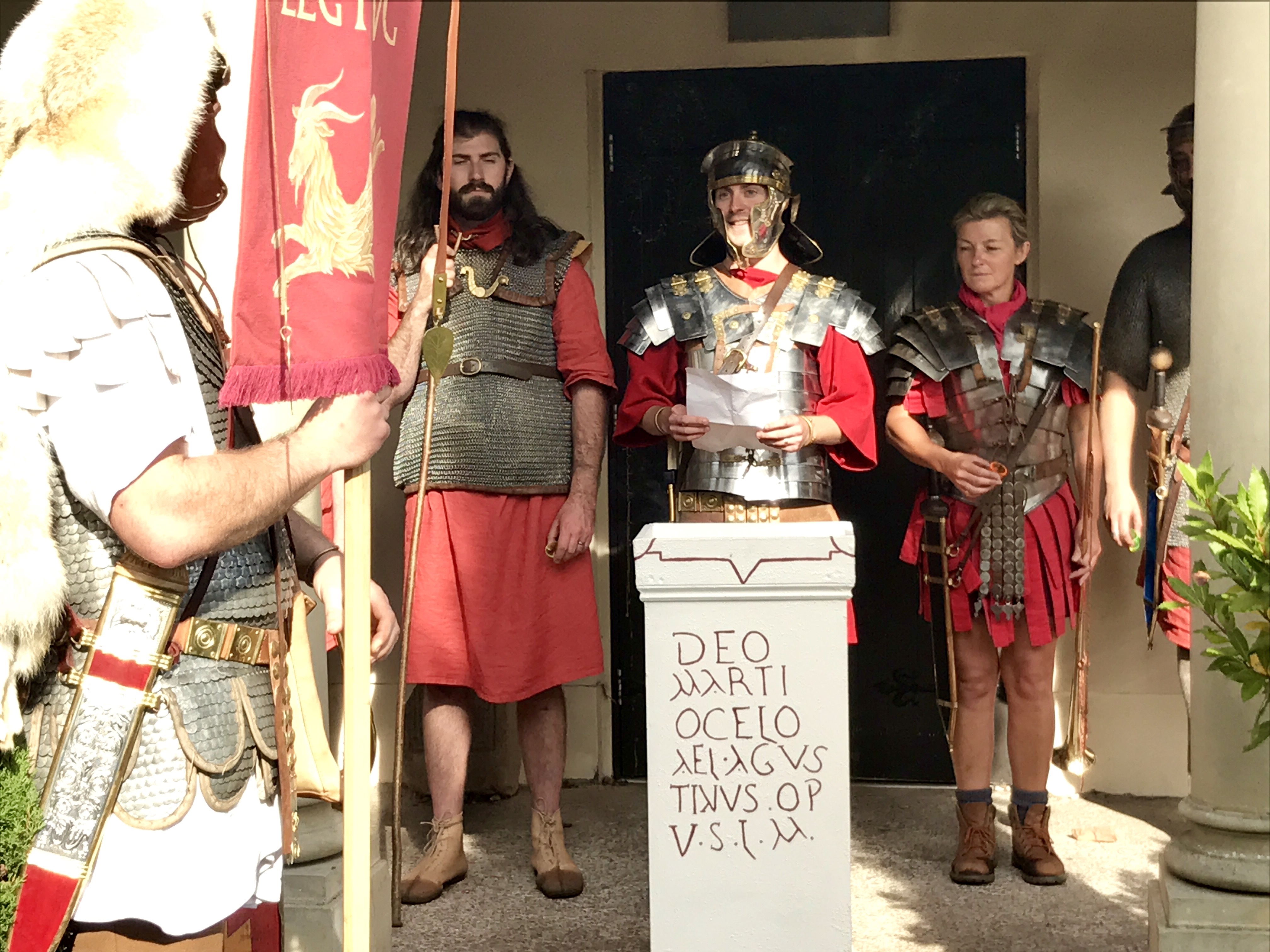 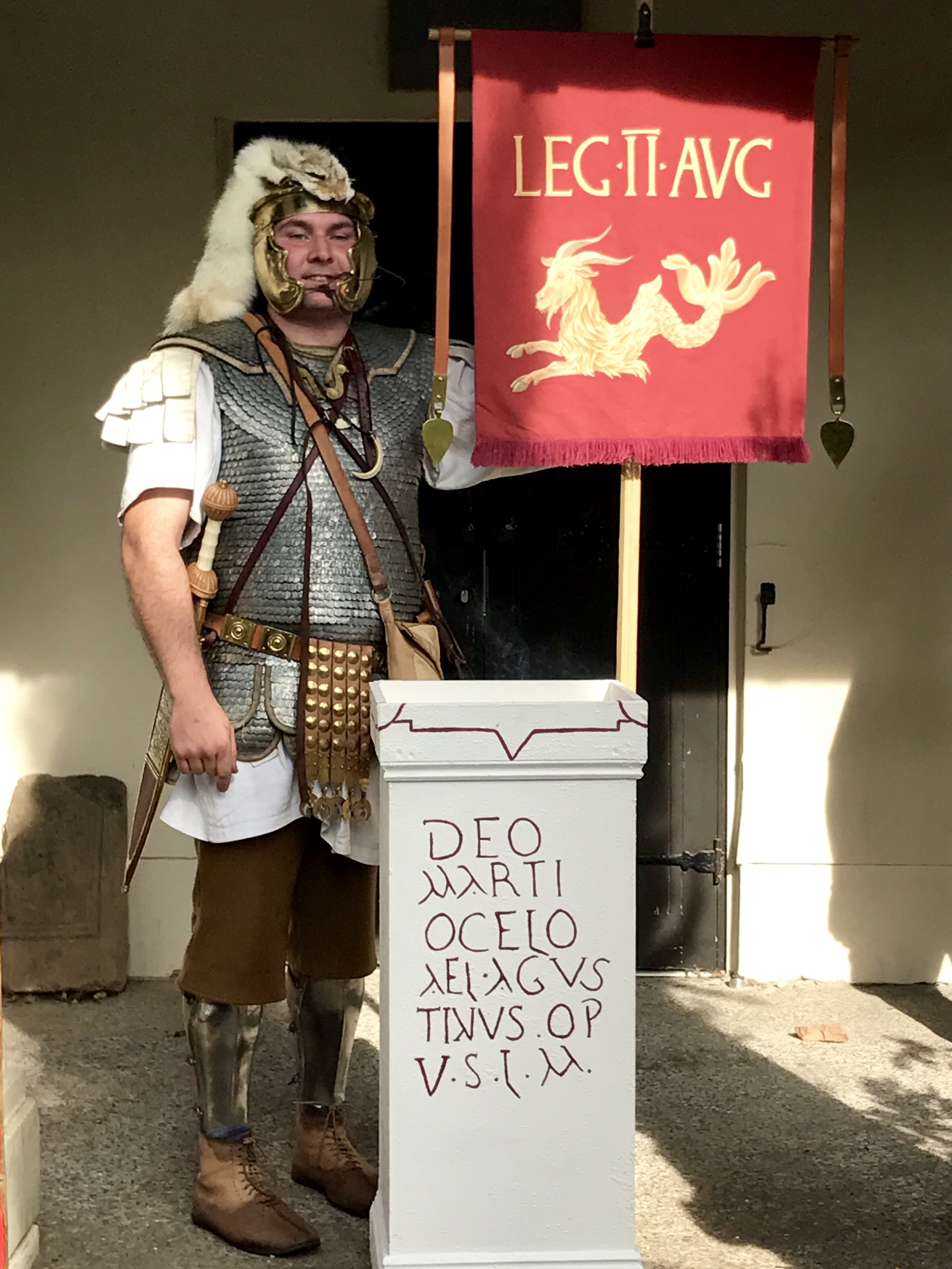 From there we walked around the remains of the army barracks (the only remains of a Legionary barracks on view anywhere in Europe). The site would have housed 80 men – half a century. The floor plan of the different rooms is really clear with the Legionaries sharing eight to a room in the smaller rooms and the more important Centurions in the bigger rooms. 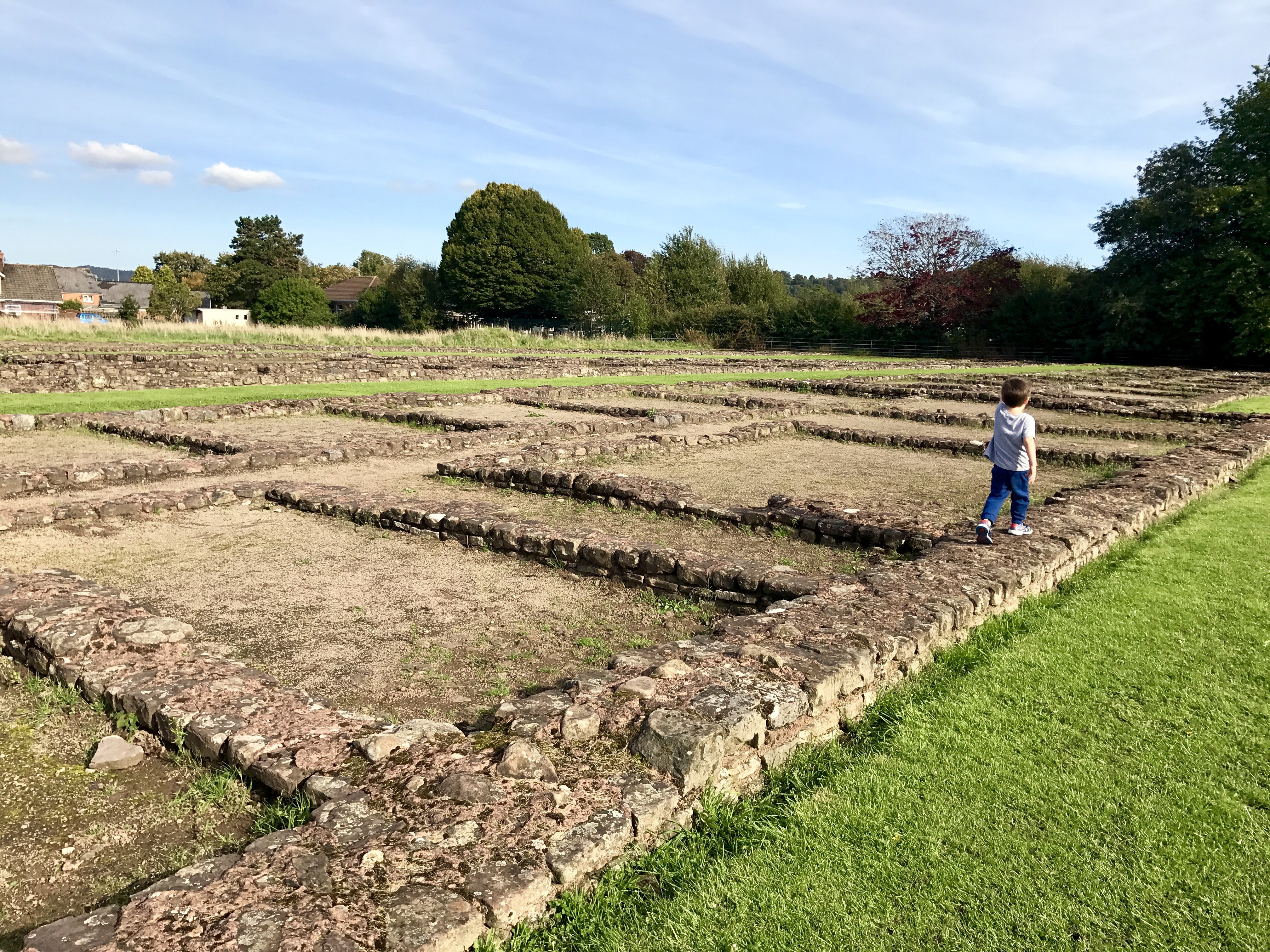 We then spent some time exploring the amphitheatre while we waited for the soldiers to arrive. It was quite a sight hearing and seeing them making their entrance and marching through the amphitheatre. We then followed them to the museum where they performed a short ceremony with the legion’s banner flag as well as answering questions about Roman life and posing for photos with visitors. It was such an amazing way to bring history to life. 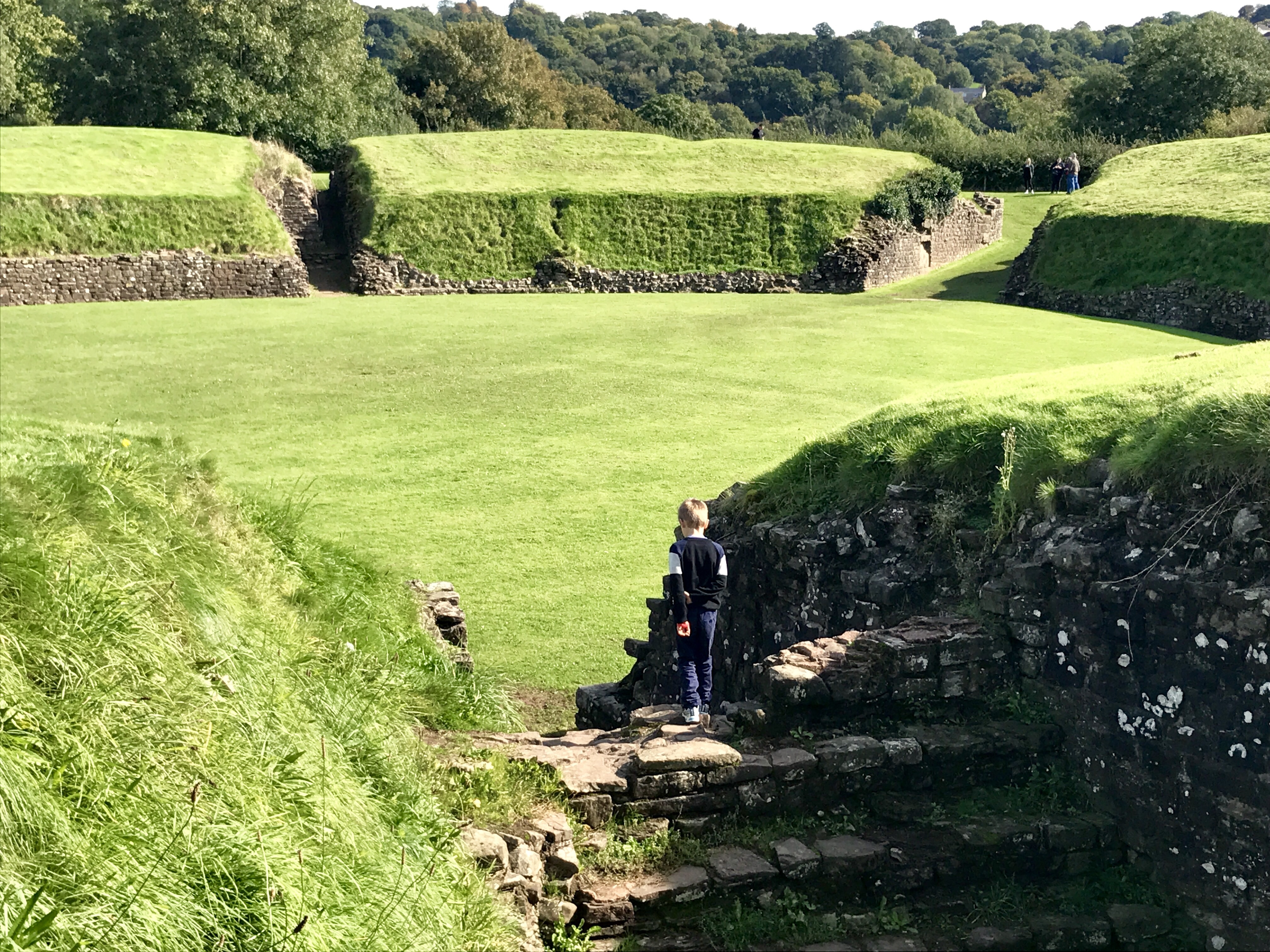 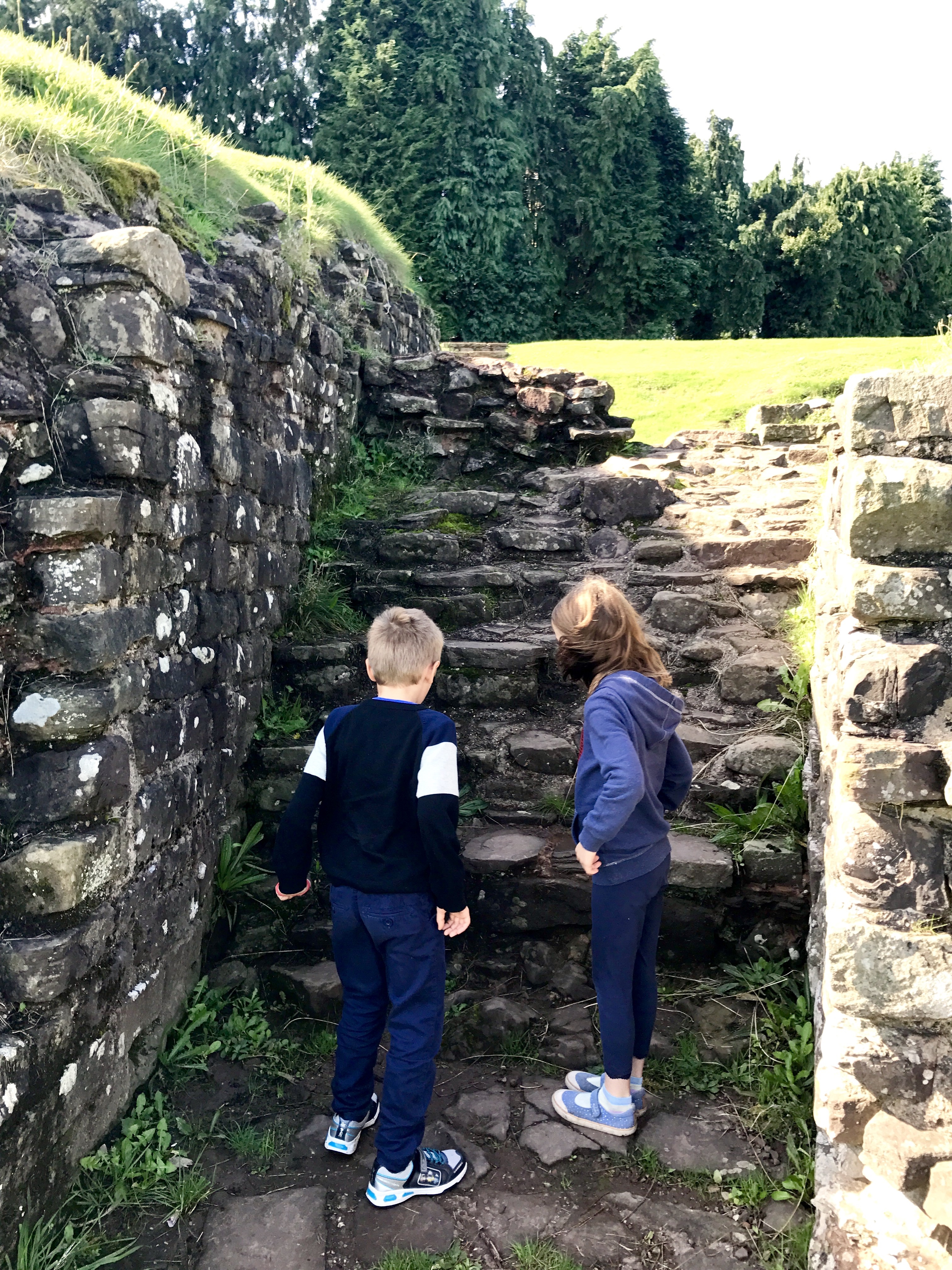 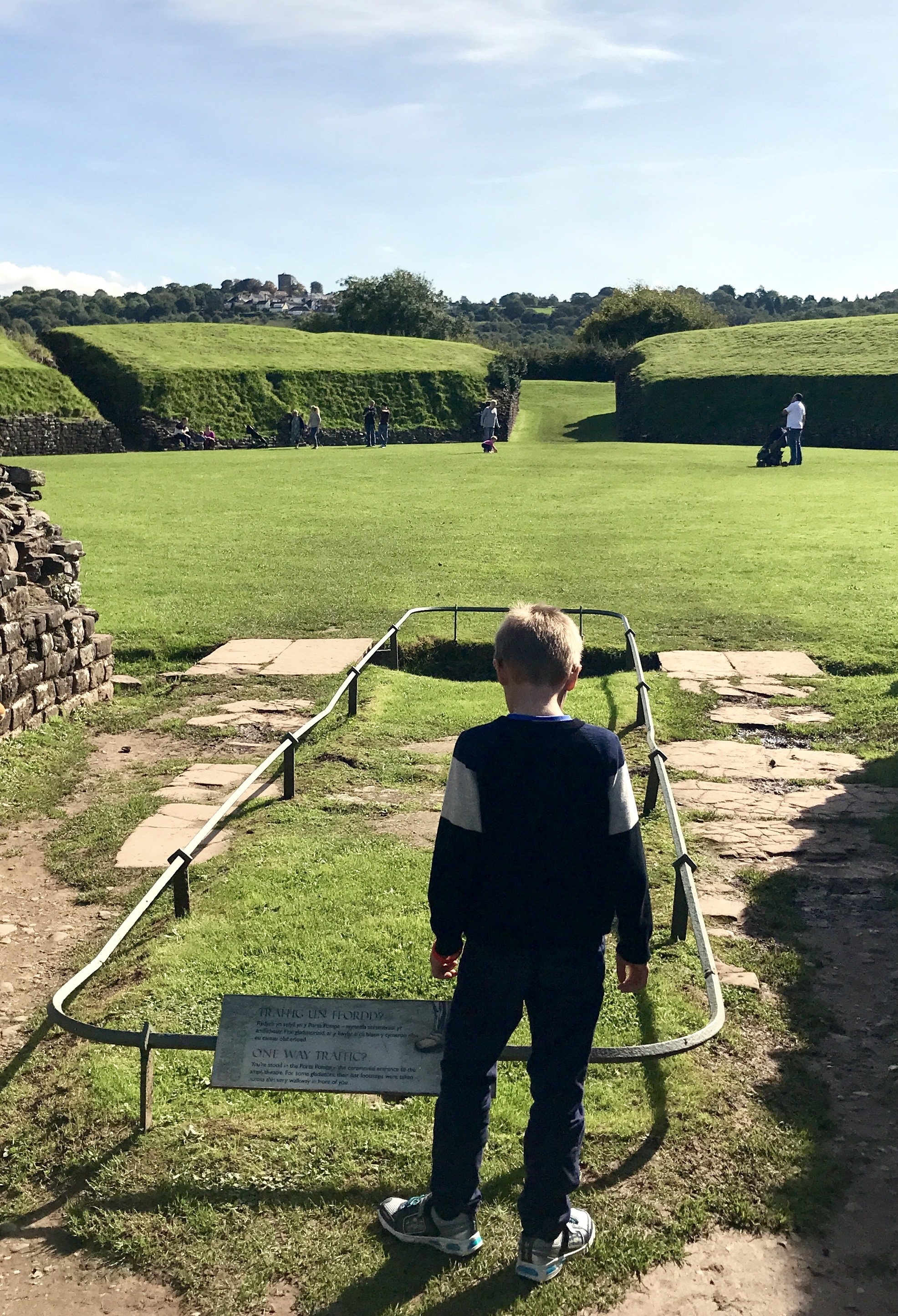 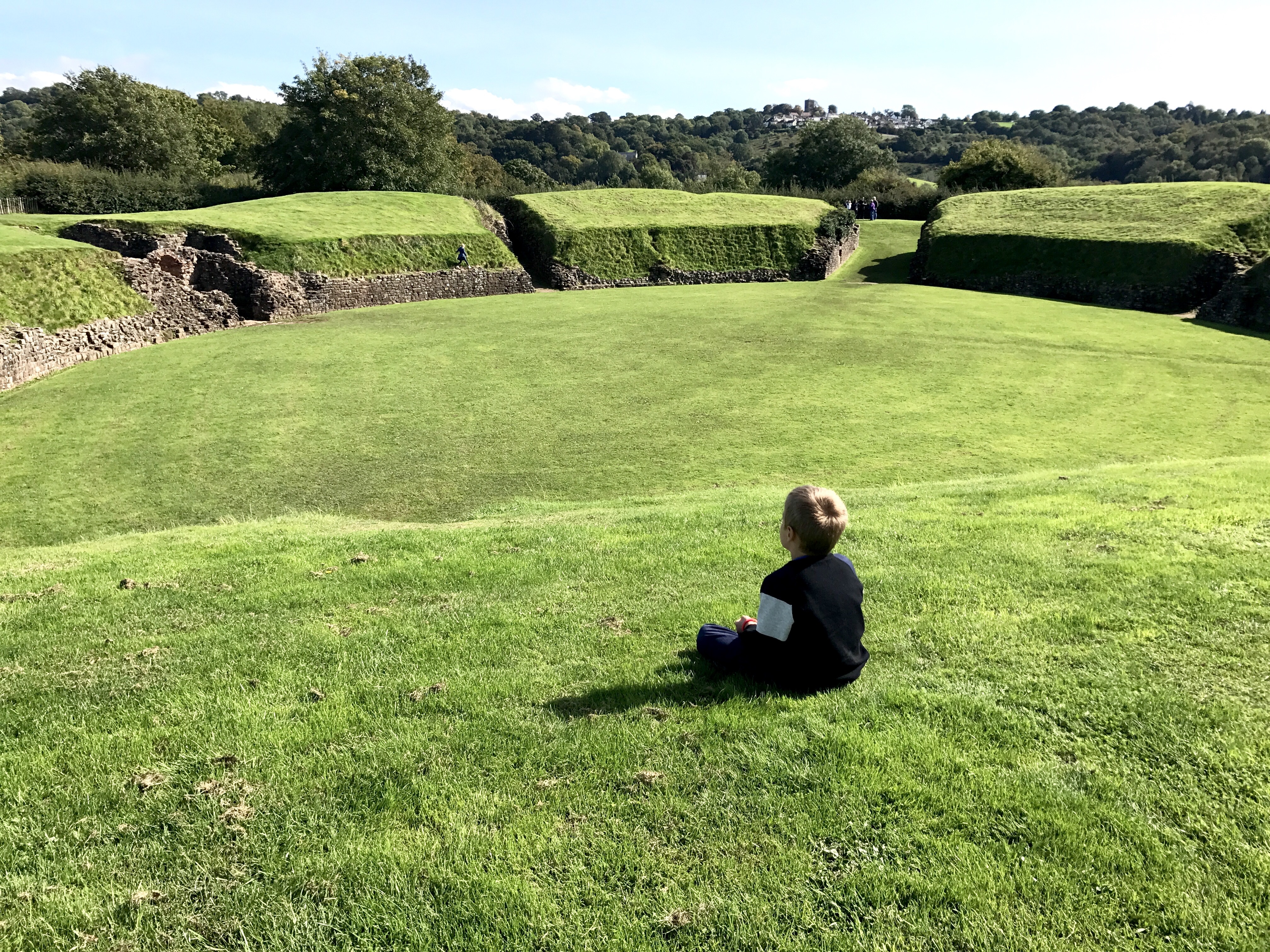 We randomly bumped into one of Miss E’s class mates while there and the two of them can’t wait to take the photos in to school and tell their teacher what they have learned. 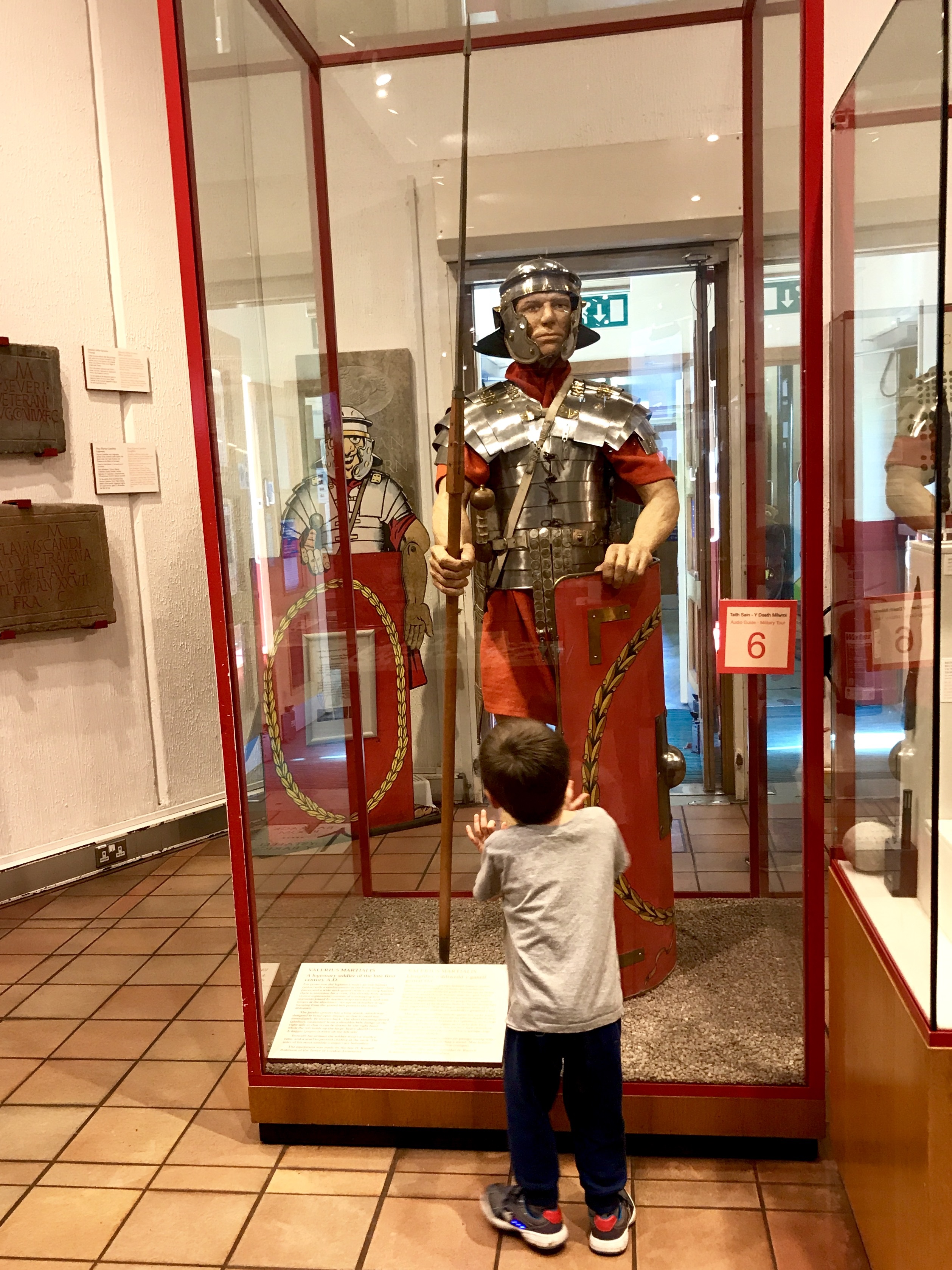 Super Saturdays at National Roman Legion Museum in Caerleon sees barrack room talks at 11.30am 12.30pm 2pm and 3pm. The Capricorn centre is open from 11am-4pm. Both rooms are closed on Sundays but will be open during some school holidays.