I bought this book at a car boot sale for 20p around four years ago. I’d never heard of it before, but I recognised the name of its author Giles Andreae as the creator of Giraffes Can’t Dance and Rumble In The Jungle, so I figured it had to be worth a shot.

We weren’t disappointed. It’s a beautiful book full of vibrant and lively illustrations of the African jungle from David Wojtowcz and a heart-warming message told through rhyme about the importance of kindness and being true to yourself.

First published in 1997, The Lion Who Wanted To Love is about a young lion cub called Leo, who doesn’t fit in with his pride. Rather than wanting to hunt and kill his prey, Leo wants to be friends with all the other animals and spend his days playing. His mother gives him an ultimatum that if he won’t hunt, he has to leave the pride.

And that’s just what he does, living in a lair by himself. But when he hears animals in danger, he helps and rescues them, saving many a life and making friends with the other animals in the jungle.

One day, he sees a baby cheetah in danger of being swept downstream in a river. Leo rescues the cub but finds himself in danger when he slips and gets caught in the tide. The cheetah runs off to call all of Leo’s other animal friends and the creatures form a chain to pull Leo to safety. 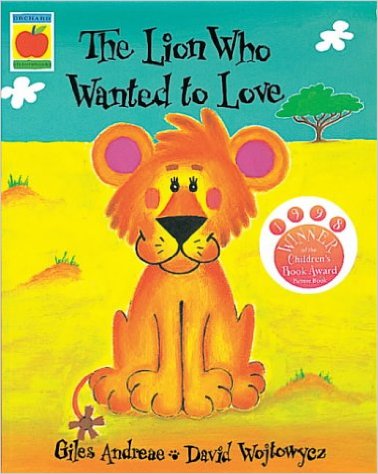 The final word comes from his mother, who has helped with the rescue. She humbly admits she was wrong and asks him to come back home.

“You’ve got to be strong to be different,

And when you’ve got love on your side

You’ve got the most valuable gift that there is,

We want you as King of our pride.”

I love the positive life lessons underlying this book. It’s hard to be different, and it takes a lot of courage to stand up for your convictions, rather than just doing what everyone else around you is doing. But being true to yourself, standing up for what you believe, and being kind and loving will reap its own rewards in the long run.

I hope it’s a message my children keep with them long after they have grown out of this picture book.

Have you read The Lion Who Wanted To Love with your children? I’d love to know what you think, either in the comments section below, on the Cardiff Mummy Says Facebook page, or you can tweet me on @cardiffmummy

Homepage » Books » Children’s book of the week: The Lion Who Wanted To Love by Giles Andreae