Wales take on France in the Six Nations tonight; it’s St David’s Day on Tuesday. I’m feeling pretty Welsh right now. The rugby is on too late for my children tonight. I’ve promised them they can watch it in the morning but in the meantime, we’ve been having a mini-disco filled with glorious Welsh songs, both pop and traditional. Here are some of our favourites. Are there any you’d add to my list?

A die-hard Scottish rugby fan told me recently that Wales has by far the best anthem in the United Kingdom. It’s true, we do! It celebrates our pride and passion perfectly – a land of poets and singers, brave warriors fighting for their freedom. And that spine-tingling chorus that you can’t help but
belt out – Gwlad, gwlad, pleidiol wyf i’m gwald. This video is from the Six Nations tournament of 2013, just before Wales beat England 30-3. Let’s hope for a similar result when we take them on in their home ground this year on 12th March.

As the debate rages on about whether Delilah should be sung at Welsh rugby games due to its violent and abusive lyrics, I’ll choose another Tom Jones song instead – Green Green Grass of Home. It evokes that Welsh word hiraeth, which has no exact English translation but describes that special longing for home. This version sees Tom singing live in Cardiff in 2001 and even has on-screen lyrics so you can join in too.

The third song from Stereophonics’ very first album, Word Gets Around, is still as anthemic as it was when released back in 1997. Here it is performed live at Morfa Stadium in Swansea. All together now…. “It only takes one tree, to make a thousand matches. Only takes one match, to burn a thousand treeeeeeeees.”

You Stole The Sun From My Heart – Manic Street Preachers

It was hard to pick just one Manics track to include here – but along with Motorcycle Emptiness, this is one of my favourites of theirs. A number 5 hit in 1999, the song is about Nicky Wire’s dislike of touring. As much as he enjoys being on stage, he hates the routine of travelling, soundchecks, hotels and the homesickness.

The unmistakable gravelly tones of Catatonia frontwoman Cerys Matthews made this a number 5 hit back in 1998 – and you’ll still hear it played in any busy Cardiff pub on a Welsh international day. How many other top chart hits feature such beautifully rolled Rs in the way only the Welsh can?

My children love this song and pretending to be monsters coming over the hill. The official video is a tongue-in-cheek adventure that sees the band hunting for various monsters. We always have to rewind the Yeti-style monster wiggling his bum.

Catatonia’s breakthrough second album, International Velvet, was a UK number one and was nominated for a Mercury music prize. Road Rage (as already mentioned above) and Mulder and Scully were two of the biggest hits from the album – but it’s the title track that really gets us Welshies going with its rousing chorus, “Every day, when I wake up, I thank the Lord I’m Welsh.”

I know a lot of people would list Gold Finger and Diamonds are Forever as their favourite Shirley Bassey songs – but I’m not much of a Bond fan so for me it’s always been the sultry Big Spender. Here she is singing the song live at Glastonbury in 2007 in the most amazing pink feathery dress designed by Merthyr’s Julien Macdonald and a full orchestra.

Another spine-tingler for me, I love Sosban Fach, a traditional Welsh folk song which tells of a harassed house-wife – the baby crying, Meri-Ann has hurt her finger and the cat’s scratched little Johnny. It’s mostly associated with Llanelli rugby and the Scarlets, but this Cardiff girl loves it, especially this rousing version which marked the debut of Only Boys Aloud.

One of the most beautiful songs I know, I sing this traditional Welsh lullaby to my children a lot… and even my English husband says it brings a tear to his eye. Yet never is it more beautiful than when performed by a male voice choir. I love this version in particular, by Only Men Aloud and Only Boys Aloud.

You’ll always hear the chorus of Max Boyce’s famous song sung around the stadium and pubs on match days – “And we were singing, hymns and arias, land of my fathers, ar hyd y nos”. But the full version, which dates back to 1971, as featured here, is a hilarious and mischievous account of Wales beating England “in a fast and open game” at Twickenham, as a group of working-class Wales rugby fans journey to England for the day. It’s been rewritten many times since to reflect more recent rugby milestones.

I’ve sung this at countless weddings and funerals… but its status as unofficial rugby anthem always means people belt out the “bread of heaven/feed me til I want no more, want no more” refrain as passionately as it gets sung at the rugby. Here it is sung by the legendary Michael Ball at Wales Millennium Stadium at the opening of the Rugby World Cup in 1999.

I remember singing this traditional Welsh folk song when I was at school and its simple melody and beautiful lyrics have always stuck with me. This version is by Aled Jones, everyone’s favourite former Welsh choir boy all grown up.

Another one to bring a lump to your throat, Myfanwy is a traditional Welsh folk song, where a man asks why his love is so angry. Here’s Rhydian Roberts, Bryn Terfel and Only Men Aloud singing it at Wales Millennium Centre for Children In Need in 2009.

What else would you add to my list? Let me know your favourite Welsh songs in the comments section below, by tweeting me on @cardiffmummy or on the Cardiff Mummy Says Facebook page. 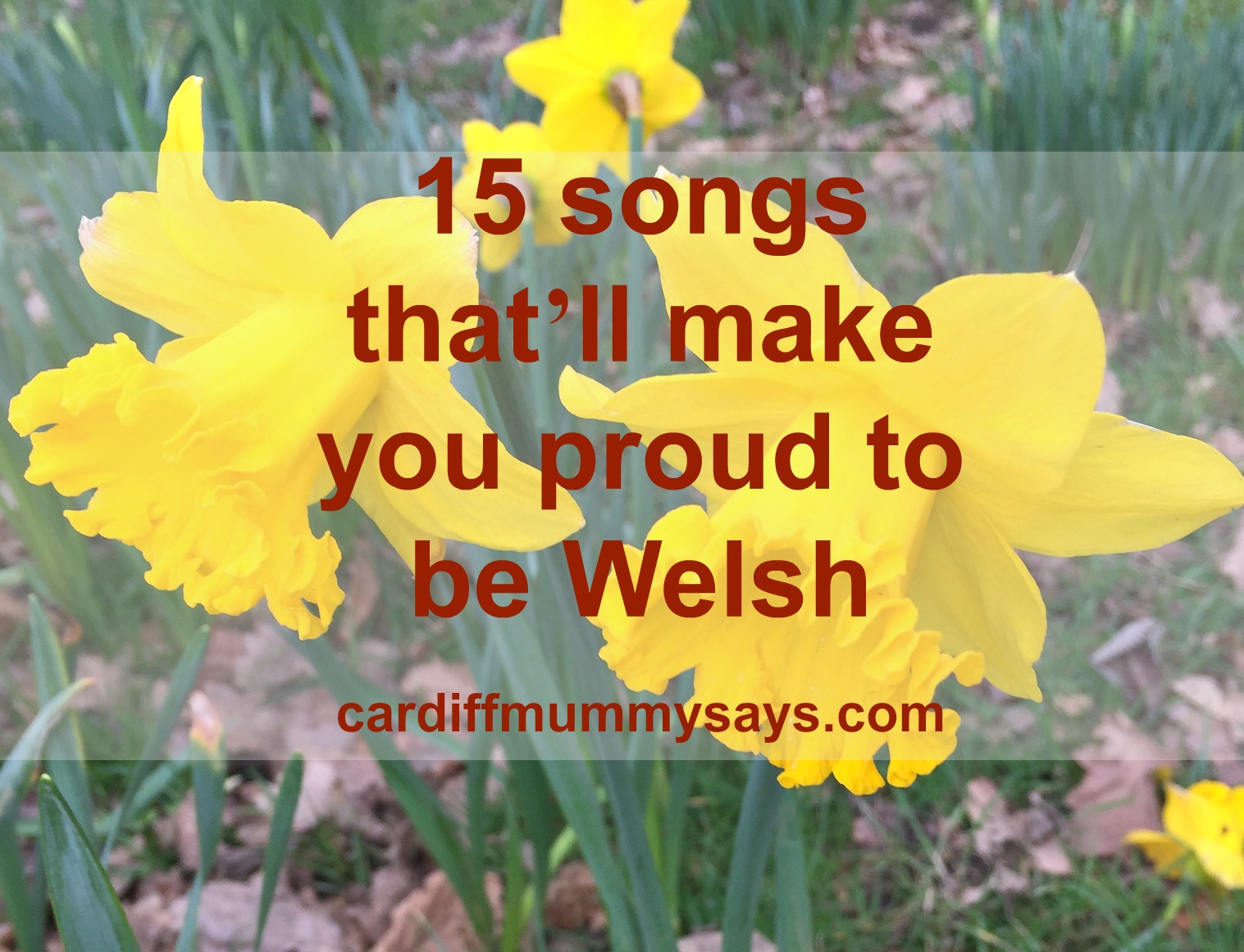