Paid collaboration with Fantastic For Families

Wow! Lexicon by No Fit State Circus is one of the most impressively breath-taking displays of physicality and human capability that I’ve seen in almost 20 years of theatre reviewing.

Having been invited to watch the show last night by Fantastic For Families, a campaign encouraging families to access arts and culture together, I am in complete awe of the physical strength of the young and energetic performers and the incredible abilities of their bodies to bend, contort, balance and defy gravity, for the best part of two and a half hours.

Lexicon takes the bare bones of circus – juggling, diablo, slack rope walking, foot juggling, unicycling, flame juggling, slapstick humour and more – and blends it with dramatic and atmospheric theatrics for a production that is funny, sensual, quirky, and visually striking.

It’s already played Newcastle-under-Lyme and Brighton, and now Cardiff-based No Fit State are back on home soil for a two-week run until Sunday 9 June as part of the Volvo Ocean Race Stopover in Cardiff Bay. 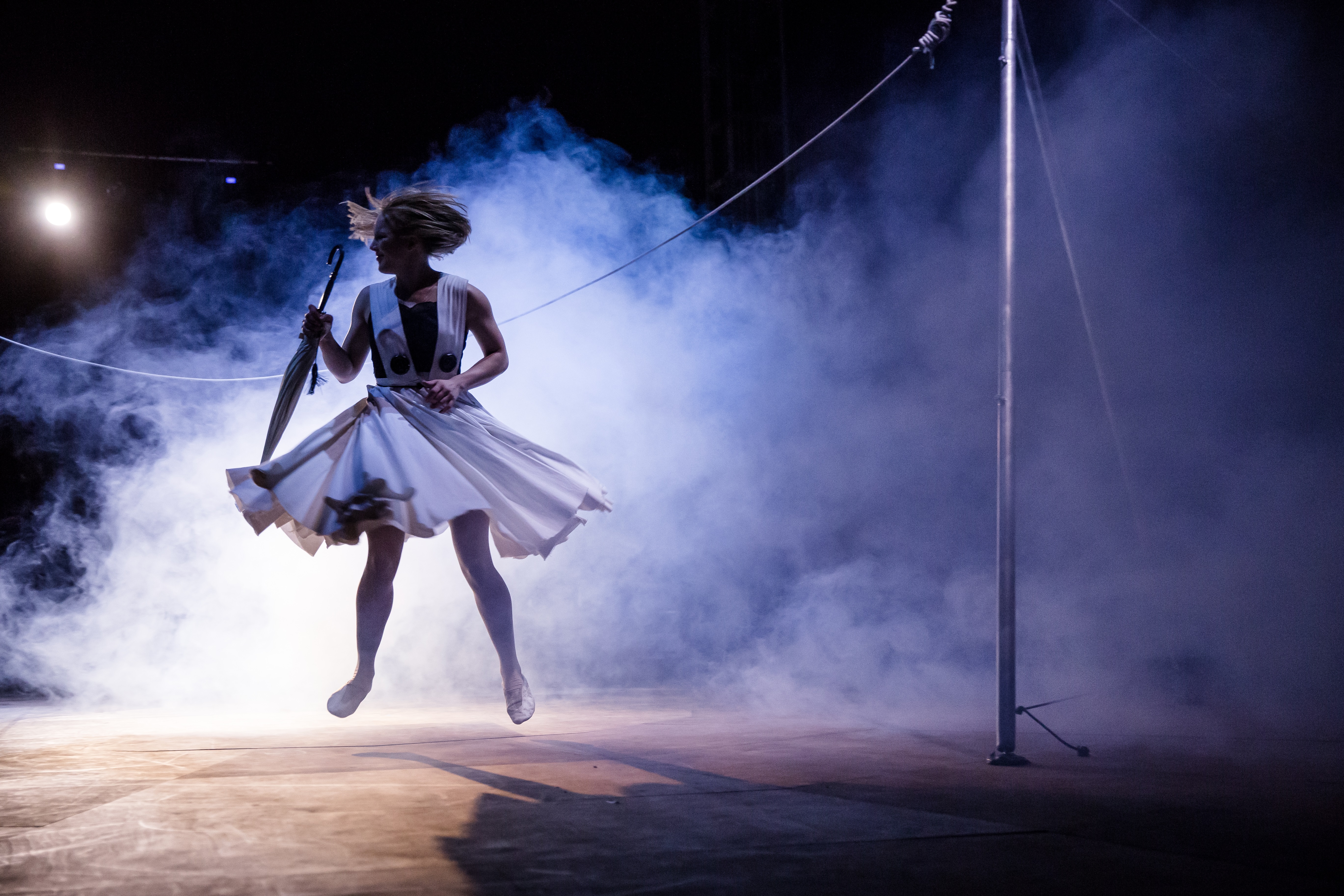 Unlike other No Fit shows, which have seen the standing audience follow around the action promenade-style, Lexicon offers in-the-round seating in a silver big top that my children thought looked like a spaceship. The traditional seating and sweet smell of circus snacks is a wonderful contrast to a show that is anything but traditional. There are no garishly bright clown costumes or sequinned leotards here; instead the performers wear dark and muted early 20th century period-style clothing.

The show isn’t especially aimed at families; but it’s definitely family-friendly and my three children aged 8, 6 and 4 were completely mesmerised from start to finish with looks of wide-eyed awe on their faces and gasps of “wow” and “that’s incredible” throughout. 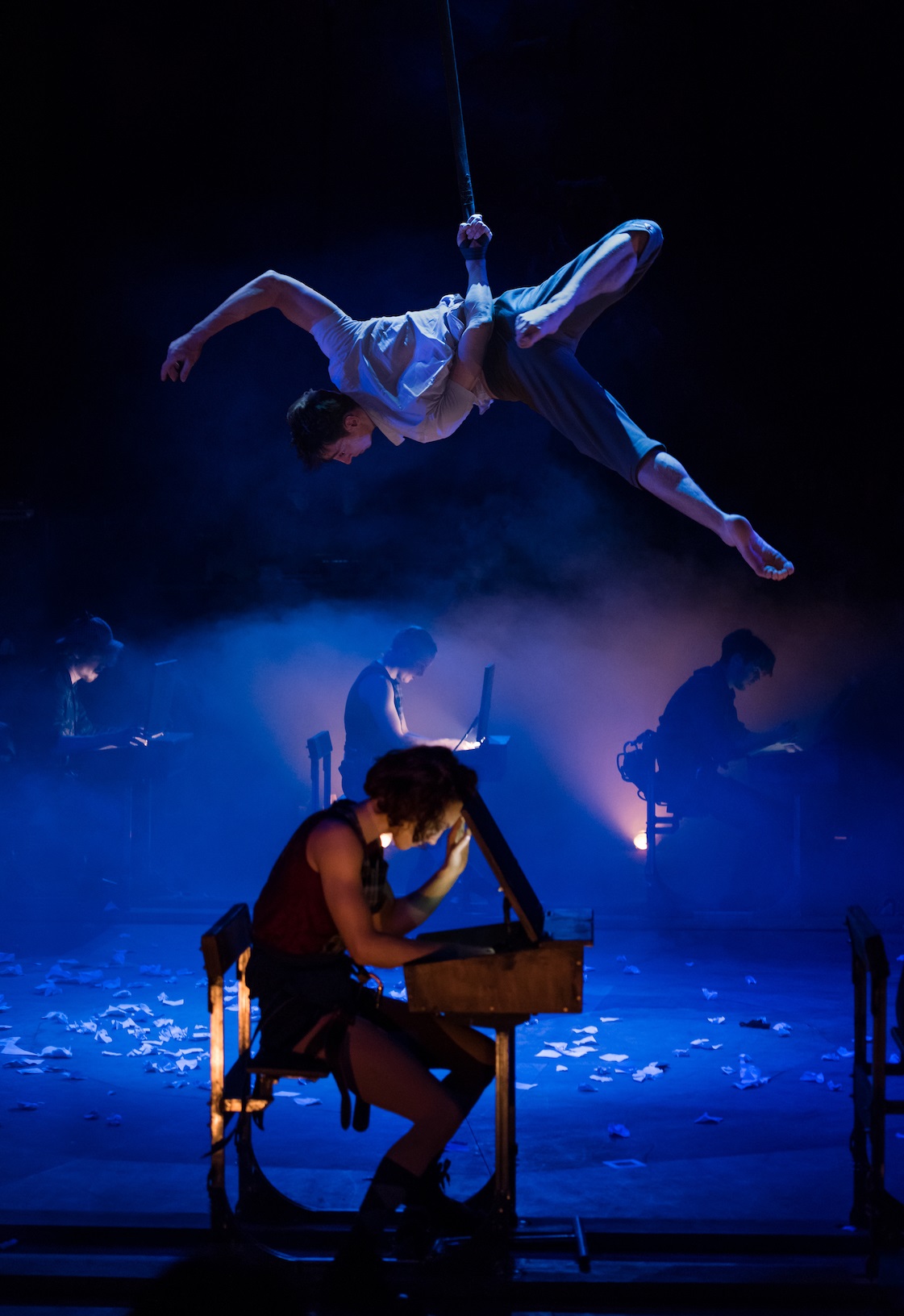 Created as part of the celebrations of 250 years of circus, Lexicon is written and directed by Milan-born Firenza Guidi. She has worked with No Fit State since 2004 and helped strengthen their reputation as one of Europe’s most exciting contemporary circus companies.

I first met Firenza back in 2001 when I was a young journalist and she was directing National Youth Theatre Wales in a surreal and immersive outdoor promenade performance of Hamlet at Margam Park.

Now, just as then, her ideas are bold, daring and risky. They’re executed in a beautifully dream-like way without a traditional linear narrative and with passion and humour. 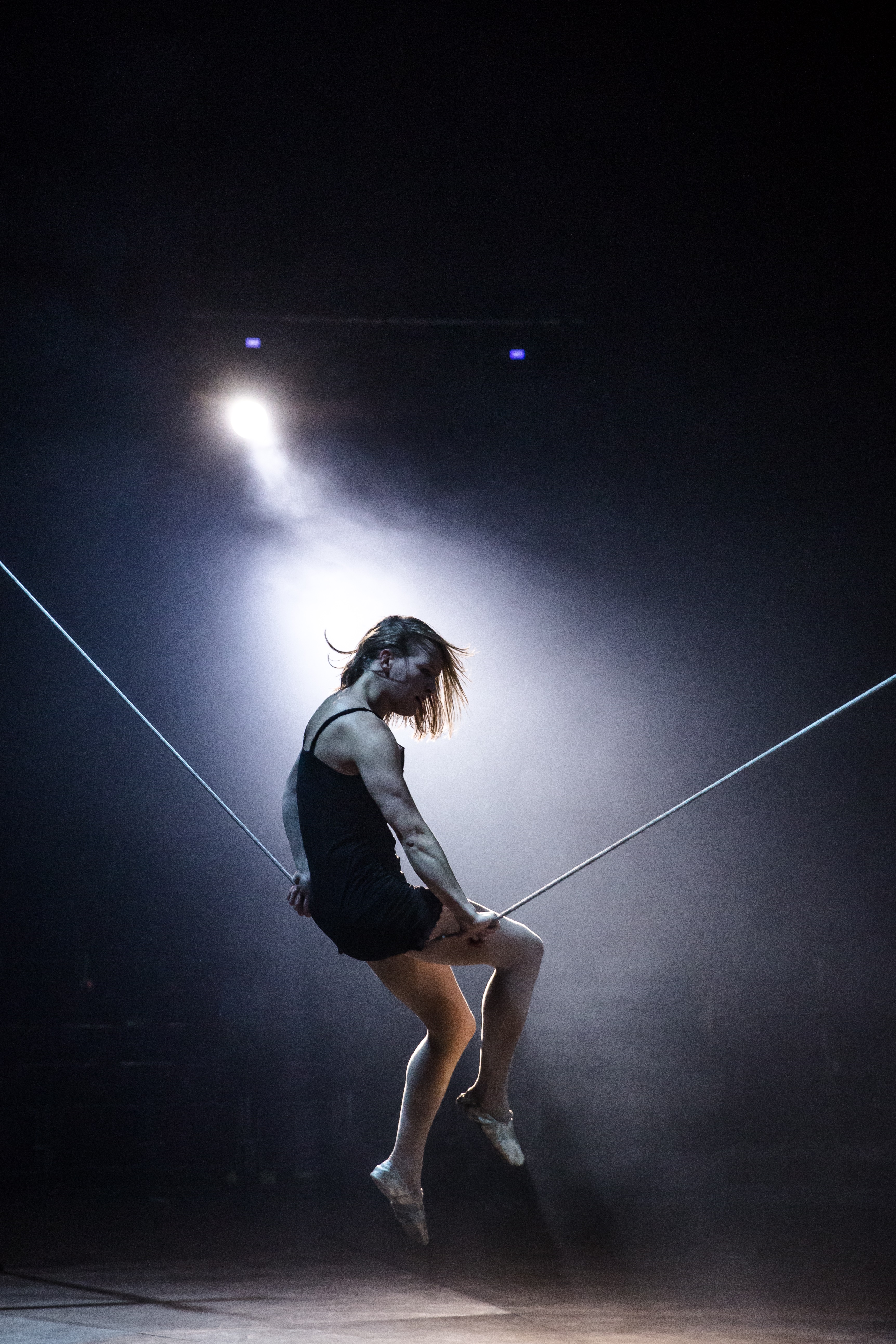 We see a classroom scene of wooden desks and rebellious students throwing paper balls at each other lift from the floor and into the air as the performers balance and tumble around individually and together. Unusual bikes are pedalled around the stage, including a penny farthing and one that is a toilet on wheels. Three performers form a human pyramid.

There’s mischievous humour as unicyclist Sam Goodburn’s clothes are torn from his back and he later re-dresses himself while cycling; and as flame juggler Luke Hallgarten pretends not to notice his clothing is on fire. 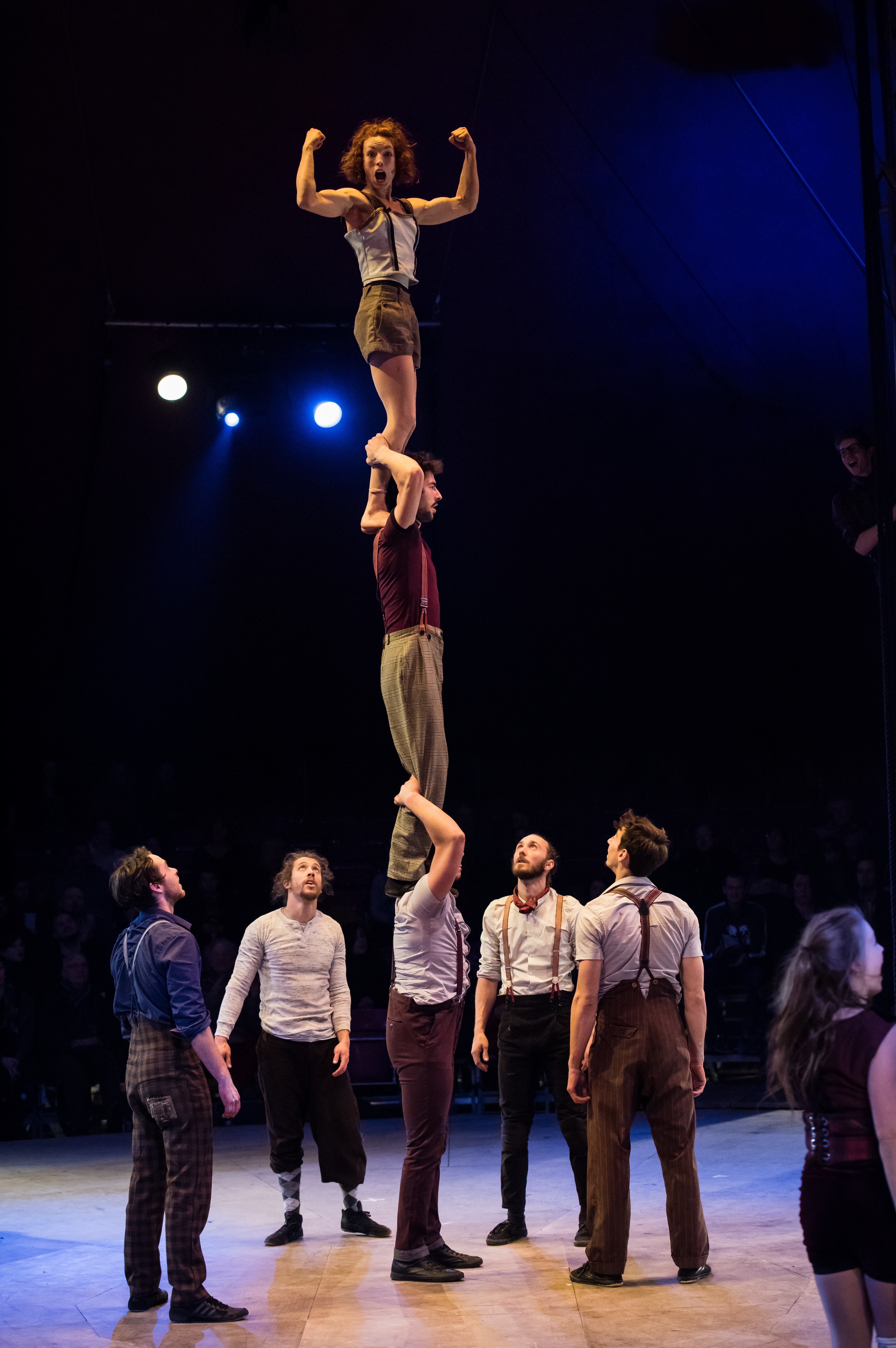 The sheer strength of the performers is incredible as they throw and catch each other around; tumbling and jumping with such precision and grace… and an incredible level of trust.

Three performers roll and rotate around the stage in huge hula hoop type rings, called cyr wheels, first individually and then the three of them in one ring. A dream-like sequence sees five performers hoisted into the air on a giant cot mobile structure. My only criticism is that the male performers dominate slightly too much.

The show is accompanied throughout by a live band whose repertoire includes just about every musical genre possible from sublime choral chanting to jazz, rock and soul. Sometimes the arena is filled with the sounds of the whole band playing and singing; other times a lone instrument such as a harmonica subtly accompanies the visual. Just like a good film, the music enhances what we are witnessing, adding to the emotions and tension. Ever-present, but never distracting. 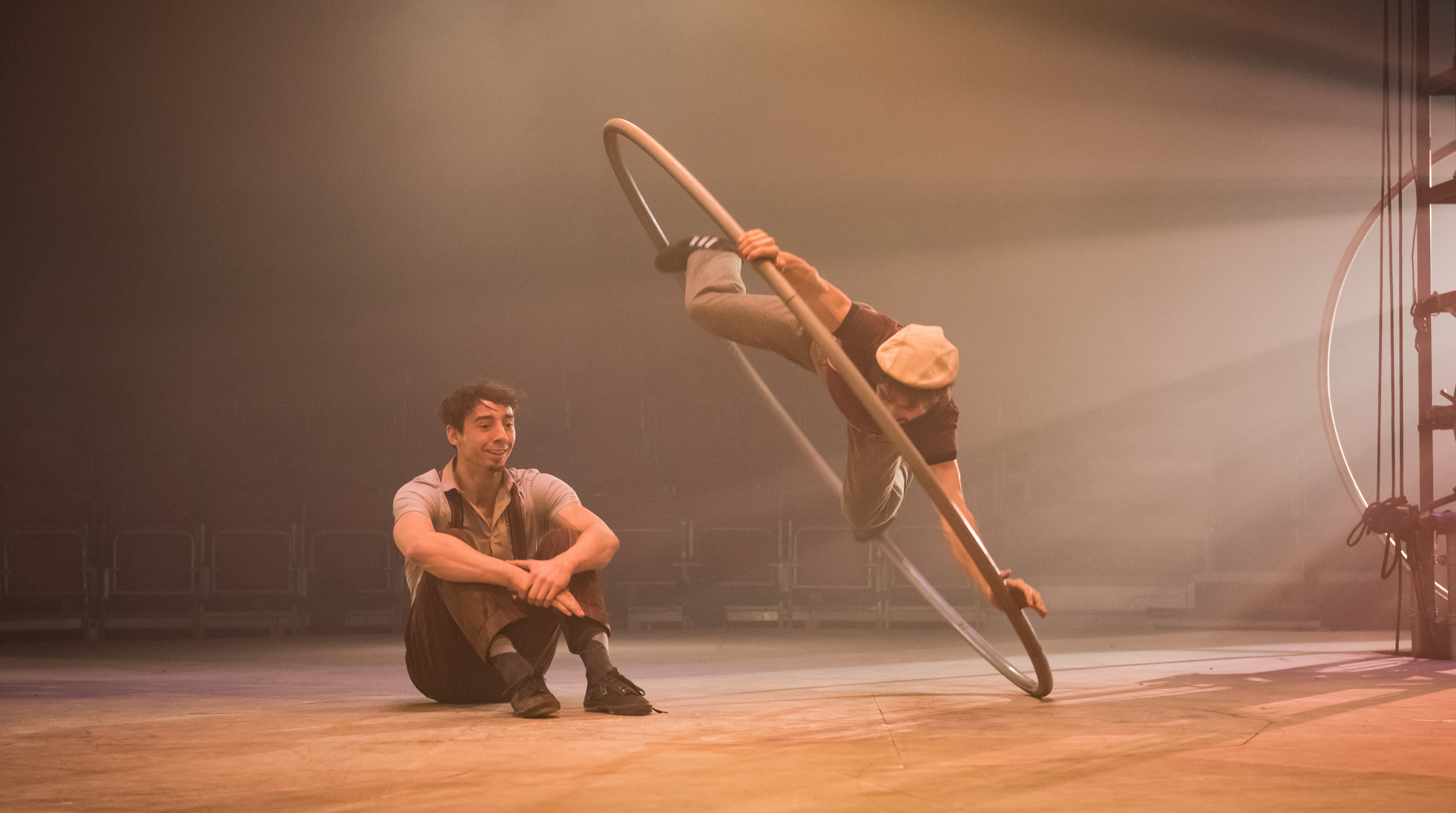 It’s clear a lot of thought has gone into the lighting too, with shadows and silhouettes used to great effect. At one point during the second act, a black net descends onto the stage, encasing two of the performers inside. As Mathieu Hedan balances on one arm and contorts his body, another performer moves a light around him to create huge shadows around the theatre like an oversized human zoetrope. 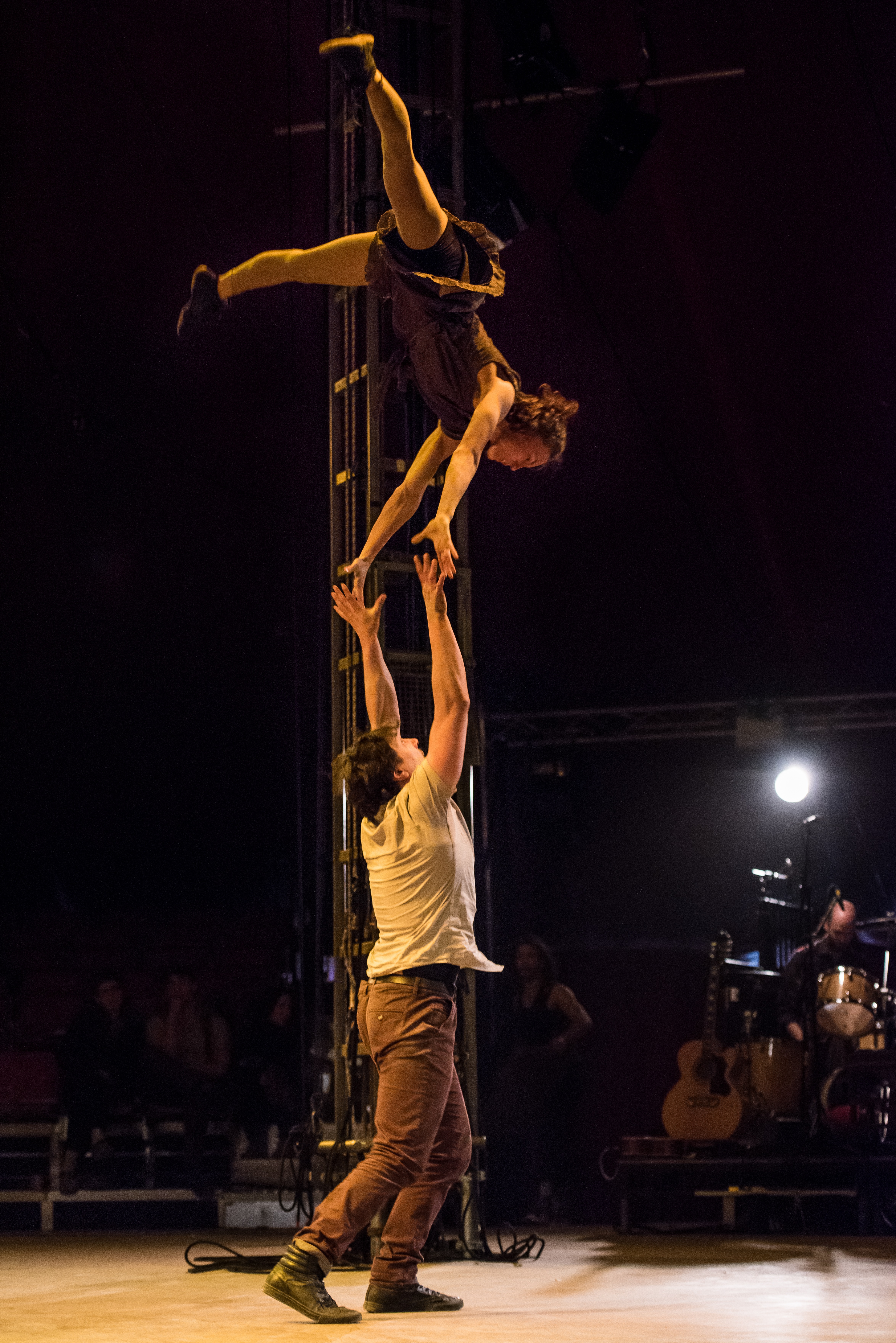 The intimate setting means the audience is so close to the stage that you can see the expressions of the performers not to mention the ever-present feeling that a flamed torch or discarded shoe is about to land on you.

Thrilling and awe-inspiring, dramatic and entertaining, Lexicon is an incredible blend of circus and theatrics that all five of us absolutely loved. We highly recommend it!

Lexicon is on until Saturday 9 June. Tickets cost £18 for adults £14 for children and £54 for a family of four. Visit the website and book online here.

For more ideas of family-friendly events during half term and throughout June see my latest events listings post.