The madcap world of Dr Seuss comes to the stage this summer as Cardiff Open Air Theatre Festival stages Seussical Jr, an unforgettable musical caper featuring some of the author’s most famous characters. Tickets are on sale now from the festival website or box office (0333 666 3366) priced £10 per person or £35 for a family of four.

One lucky Cardiff Mummy Says reader and their family could be there for free thanks to this fantastic giveaway from the festival organisers for a family ticket to their choice of performance of Seussical Jr between Saturday 21 and Saturday 28 July. Keep reading for full details of how to enter!

With music and lyrics from Broadway legends Stephen Flaherty and Lynn Ahern respectively, Seussical Jr will transport audiences from the Jungle of Nool to the Circus McGurkus as the Cat in the Hat narrates the story of Horton the Elephant. When Horton discovers a speck of dust containing tiny people called the Whos he must protect them from danger, as well as guarding an abandoned egg that’s been left in his care by the irresponsible Mayzie La Bird. Although Horton faces ridicule, danger and a trial, the intrepid Gertrude McFuzz never loses faith in him. The powers of friendship, loyalty, family and community are challenged and ultimately emerge triumphant.

One of the city’s annual theatre highlights, Cardiff Open Air Theatre Festival from Everyman Theatre brings together a variety of shows each summer including a Shakespearean play, a musical, a comedy production and a family show suitable for young children. 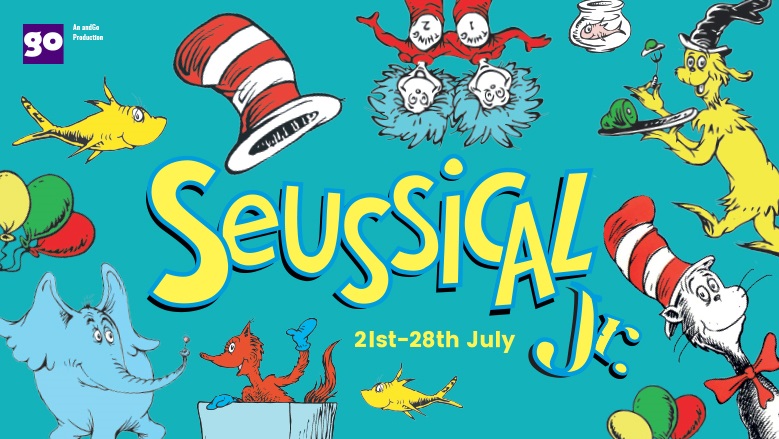 Seussical Jr is an hour-long show aimed at children aged 2 two to 10 and their families. It’s performed by cast of local children and teenagers and is staged by AndGo Productions, marking their sixth stint at the festival following success with Alice in Wonderland, The Little Mermaid, Beauty and the Beast, Peter Pan and Aladdin.

The festival takes place in Cardiff’s Sophia Gardens and attracts more than 15,000 visitors a year. Performances go ahead whatever the weather (other than the most extreme conditions!) and while the stage is open, all seating is under cover and numbered.

This year’s event runs from Thursday 21 June to Saturday 28 July with the full programme including:

The Merchant of Venice from 21-30 June 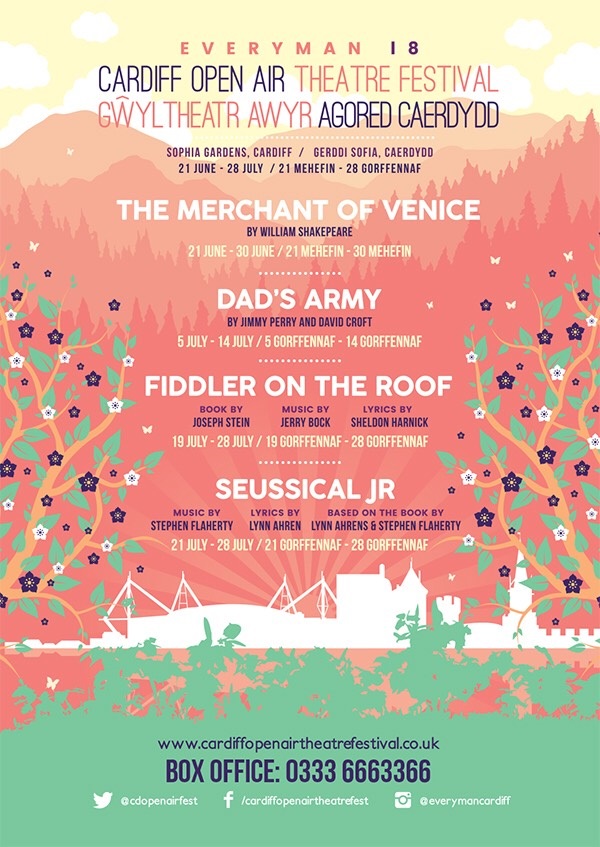 One lucky Cardiff Mummy Says reader will win a family ticket (two adults plus two children or one adult plus three children) for Seussical Jr for a performance of their choice from Saturday 21-Saturday 28 July (subject to availability).

For a chance to win just answer this simple question and leave your answer on the Seussical Jr giveaway post on the Cardiff Mummy Says Facebook page.