Well, this is certainly something you don’t see every day! The UK’s largest animatronic Tyrannosaurus-Rex has arrived at Mermaid Quay – and it’s certainly rather impressive.

We headed to Cardiff Bay to meet him bright and early this morning, a flying visit in between our usual children’s swimming lessons and football games.

Quay-Rex, as he’s been nicknamed, looked mighty ferocious against the winter sunshine today. Standing at 18 metres long and 5 metres tall, we could hear him roaring as we approached. His head, tail, eyes and arms all move, making him look so realistic. 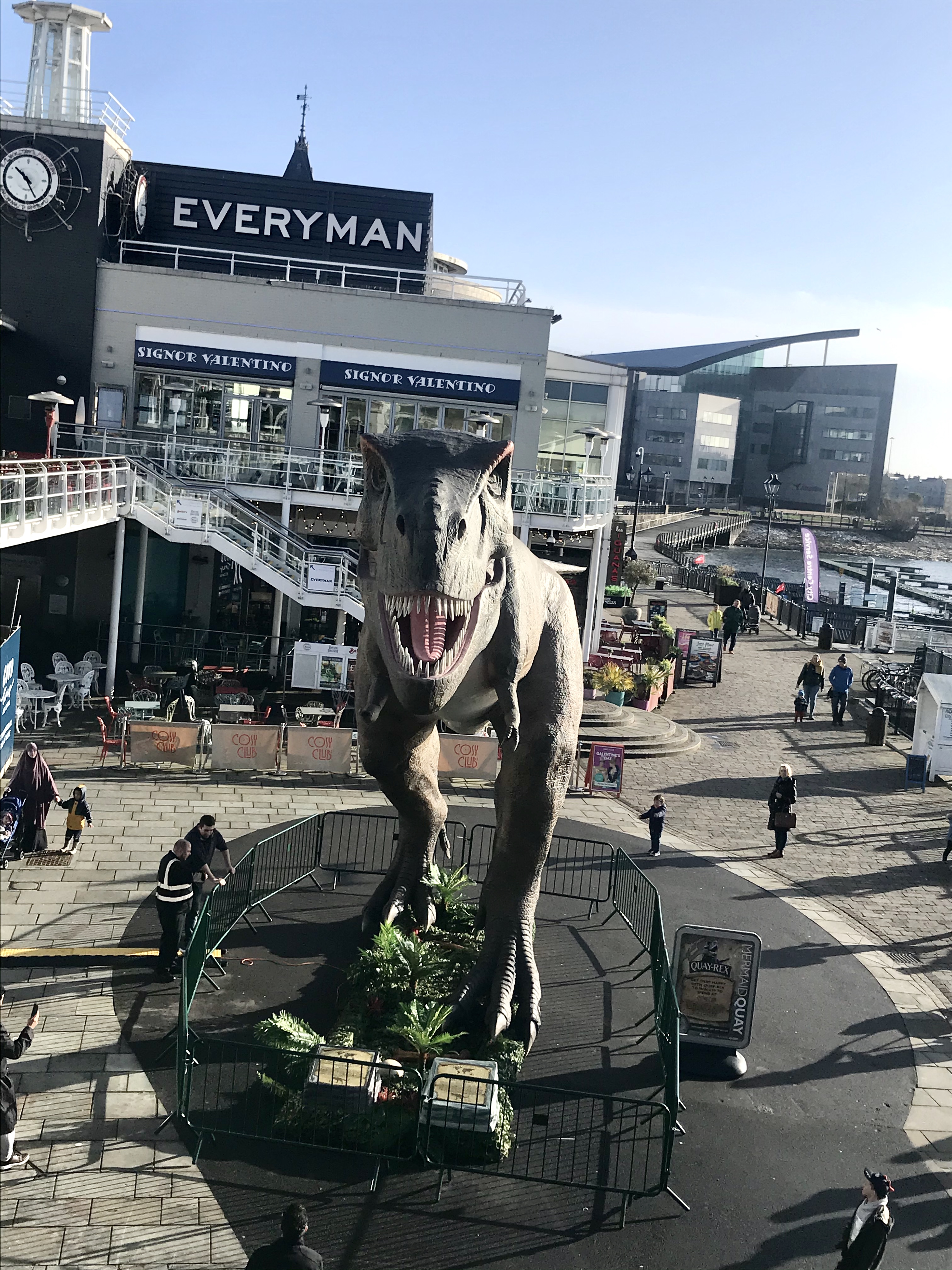 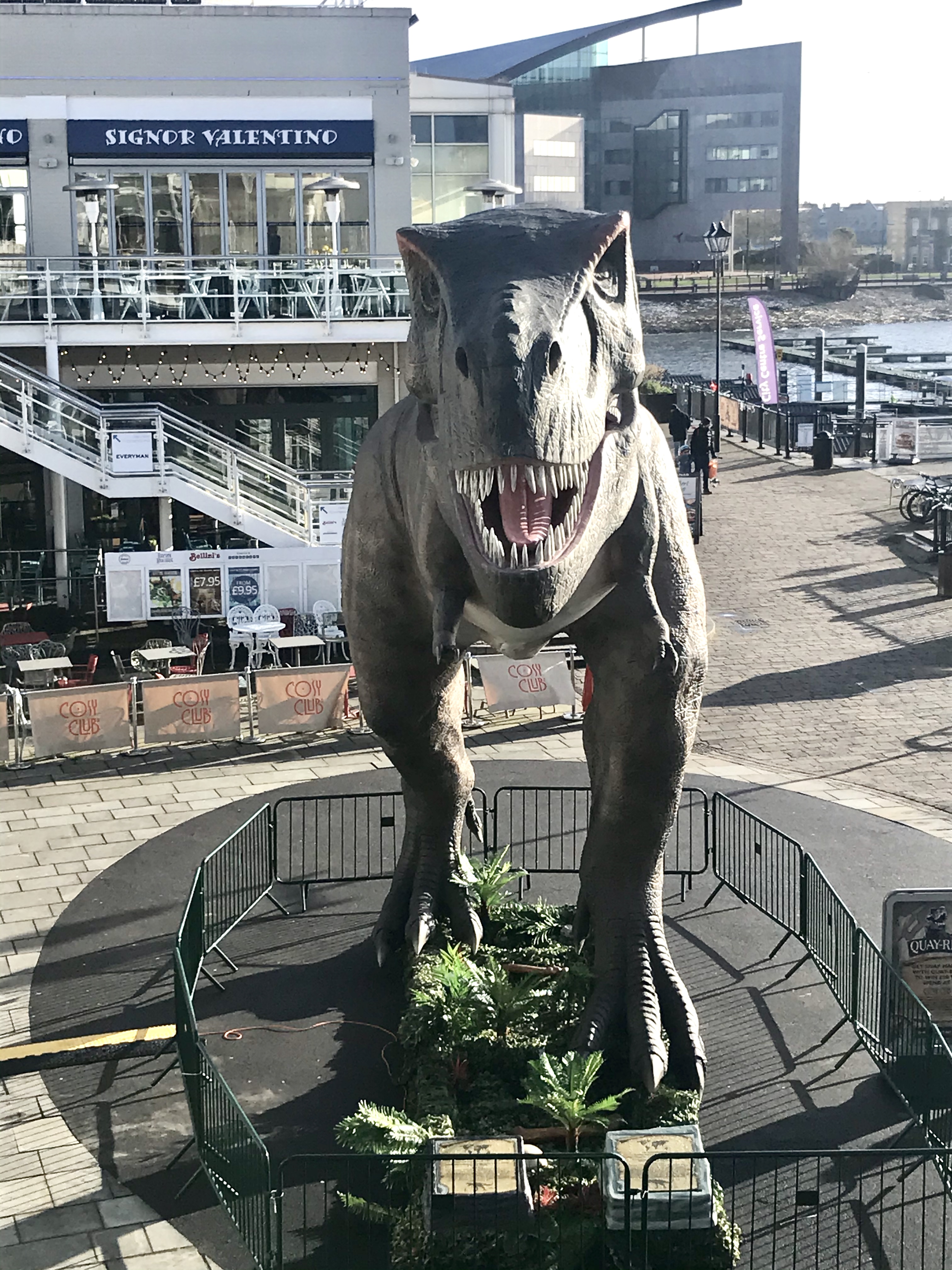 Created by animatronic specialists Banana Kick, the dinosaur is situated in Tacoma Square, right in the middle of all the restaurants and pubs so it’s really easy to find. While you’re there, we really recommend heading up the steps to the upper level terrace to see the T-Rex up close.

Quay-Rex’s arrival comes just a couple of weeks after Dippy, the famous T-Rex skeleton cast, left National Museum Wales, which he was visiting as part of his UK tour. I’m sure my children aren’t the only ones full of knowledge about this most famous of dinosaurs, whose name means king of the tyrant lizards and who lived around 65 million years ago in the Late Cretaceous period. 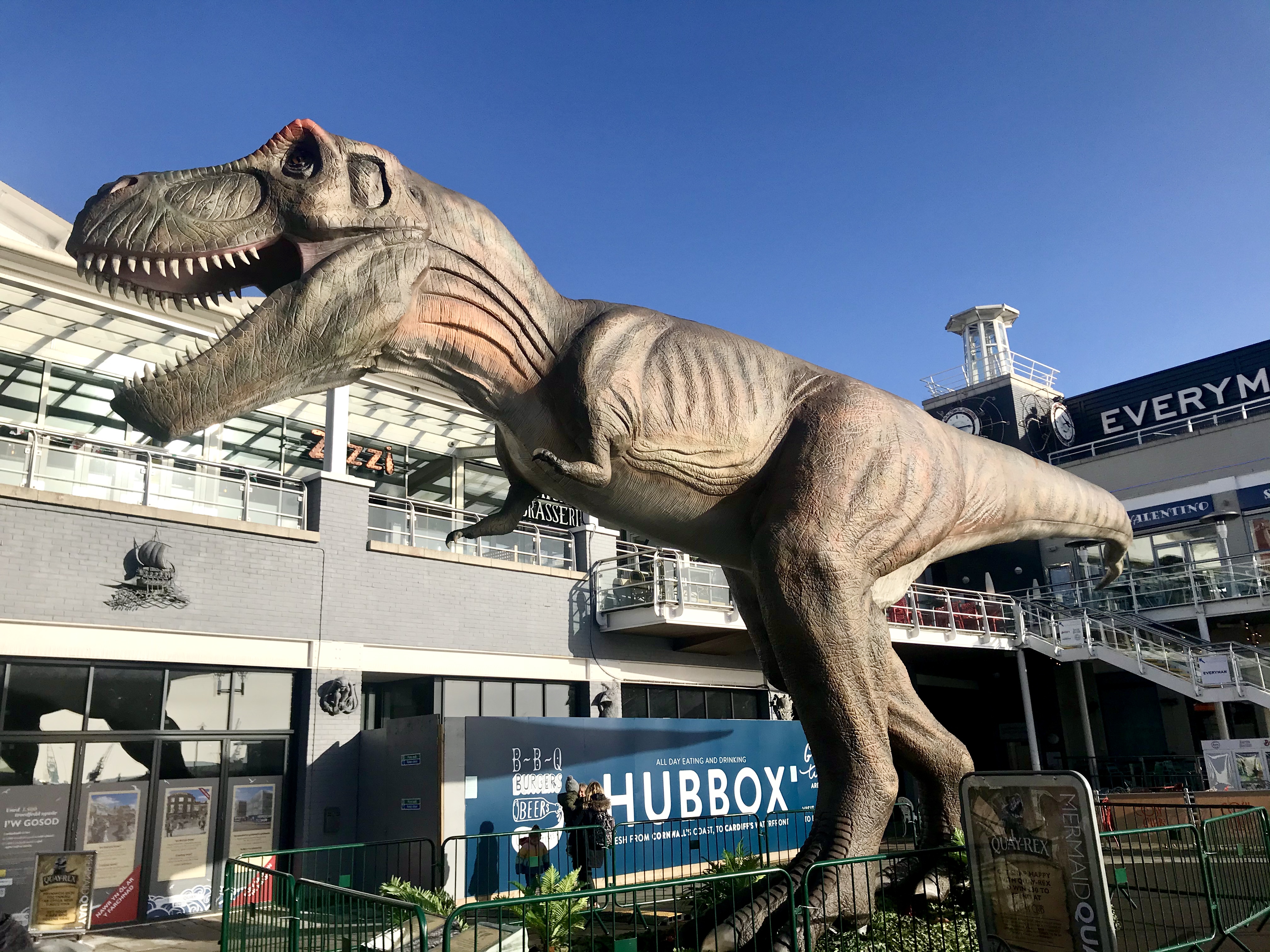 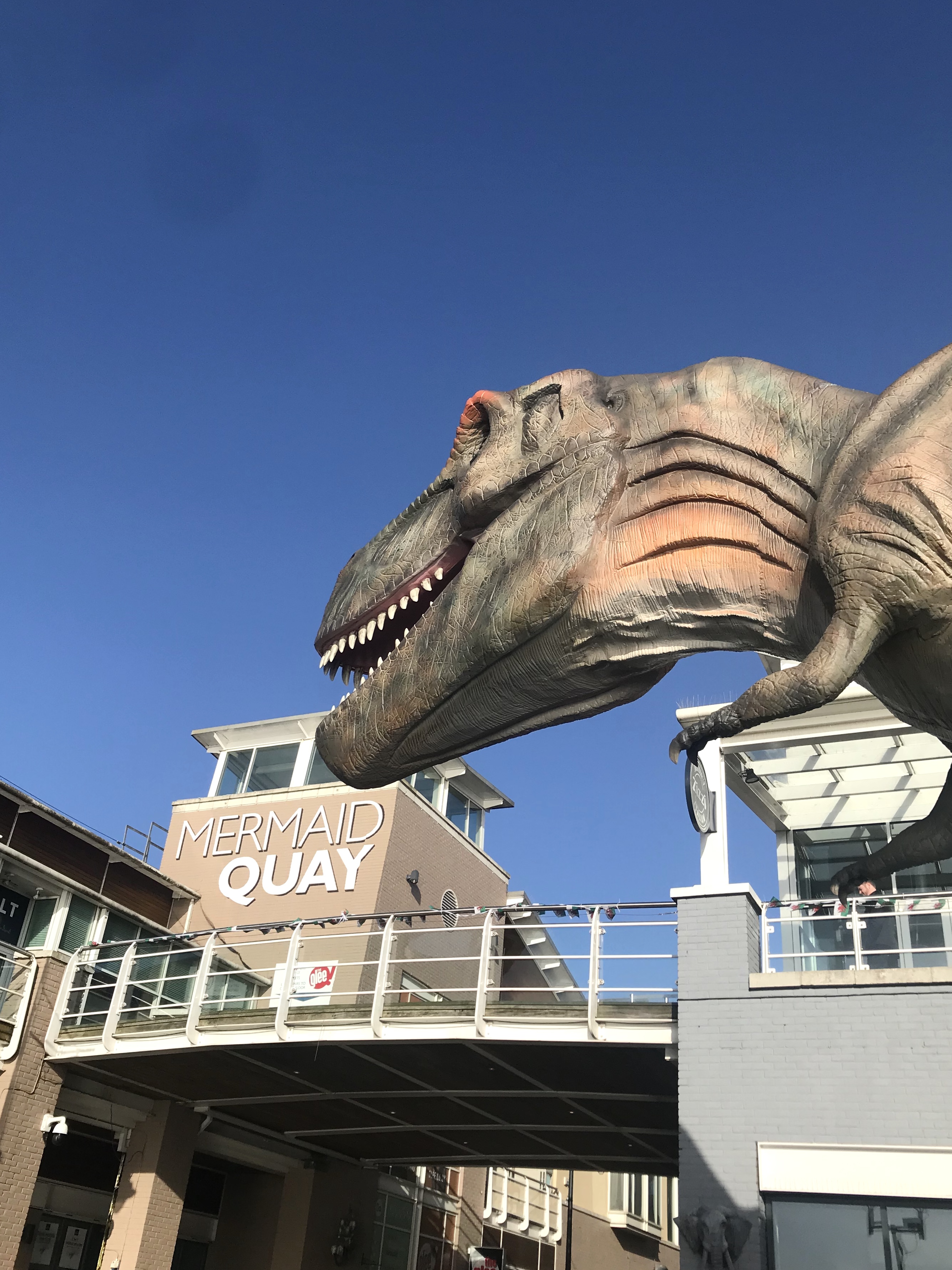 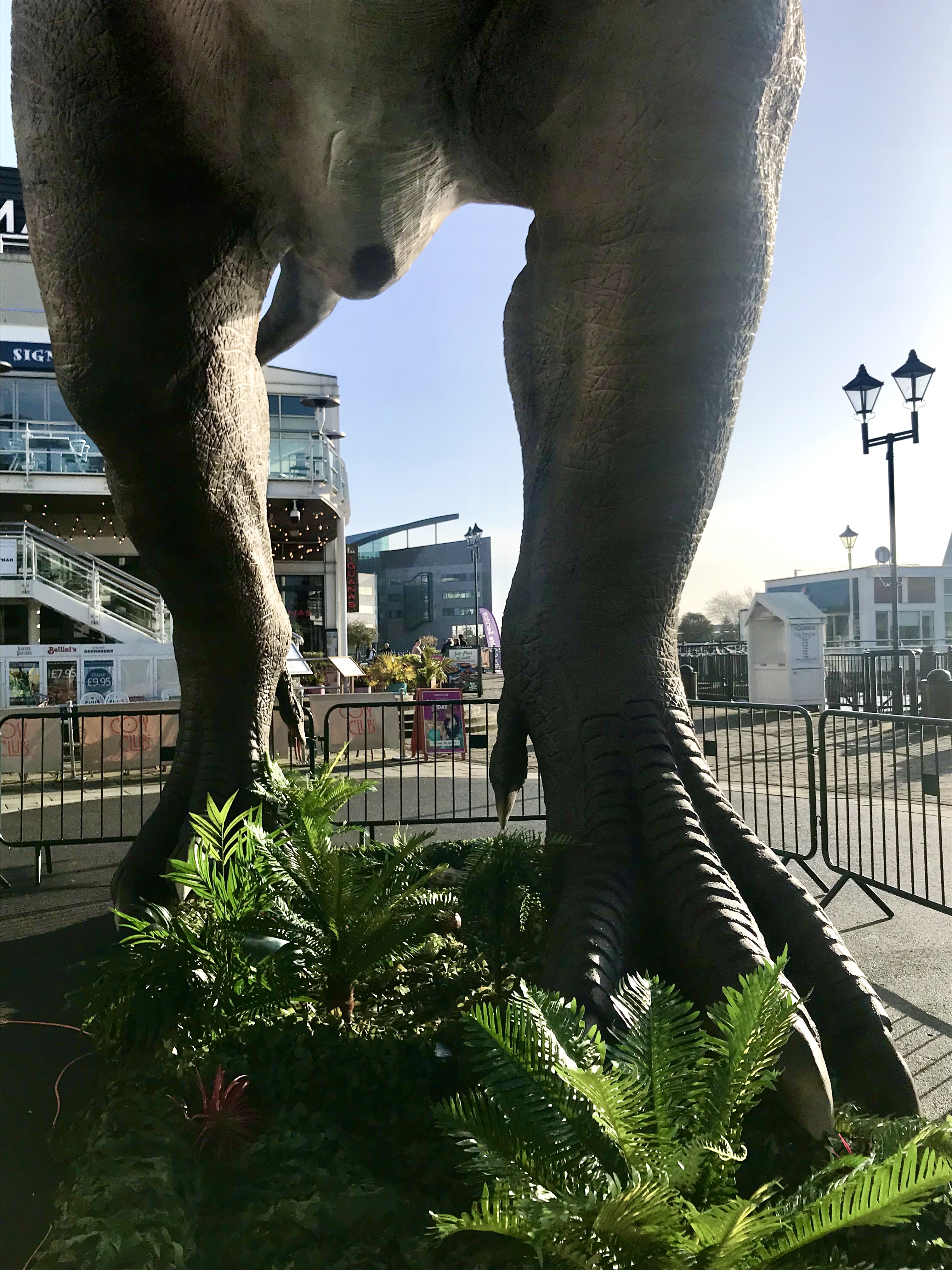 The T-Rex is free to view and opened yesterday until 23 February. Its visible 24 hours a day, although it only moves between 9am and 8pm and roars every half an hour.

There’s also a ride-on dino for a cost of £3 per person, although this was so busy we couldn’t take any photos to show you what it looks like. You need to buy tokens for this in the shop. 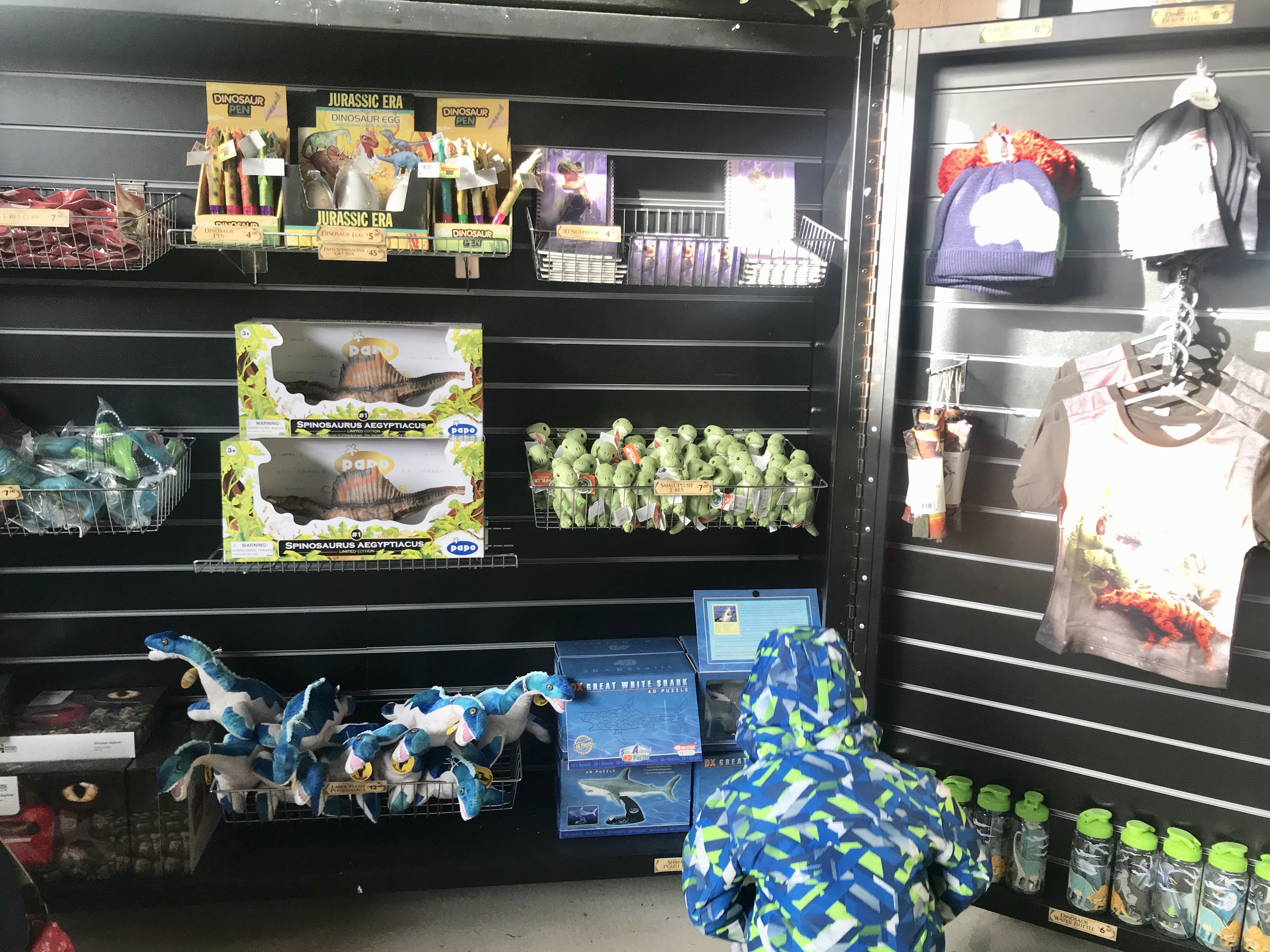 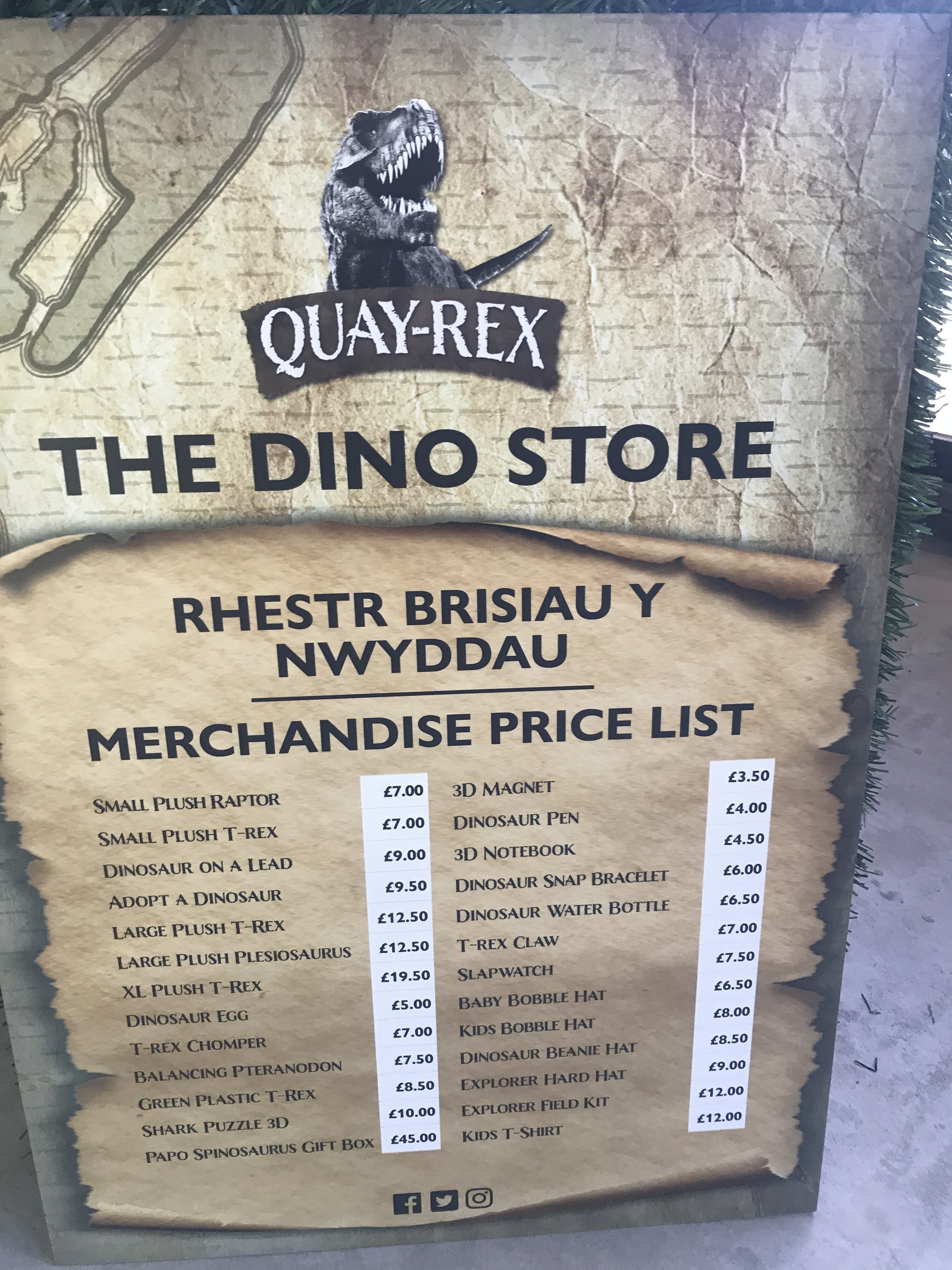 Free activities include a selfie competition where if you tag @MermaidQuay on their social media channels and use #SelfieRex you could be in with a chance of winning £30 to spend at Cosy Club Mermaid Quay.

You can also pick up a free treasure hunt map at The Dino Store and hunt for the dinos on the loose around Mermaid Quay to be in with the chance of winning free ice cream for a year from Cadwaladers Mermaid Quay.

Plus you can download the colouring competition from the Mermaid Quay website, and pop it into the special post box in The Dino Store for a chance to win a children’s pizza making party for up to eight at Pizza Express Mermaid Quay.

You might also like to check out the dinosaur-themed films being shown at the new Everyman cinema in Mermaid Quay, including Jurassic Park (PG), Jurassic World (12A) and The Good Dinosaur (PG). Details here. 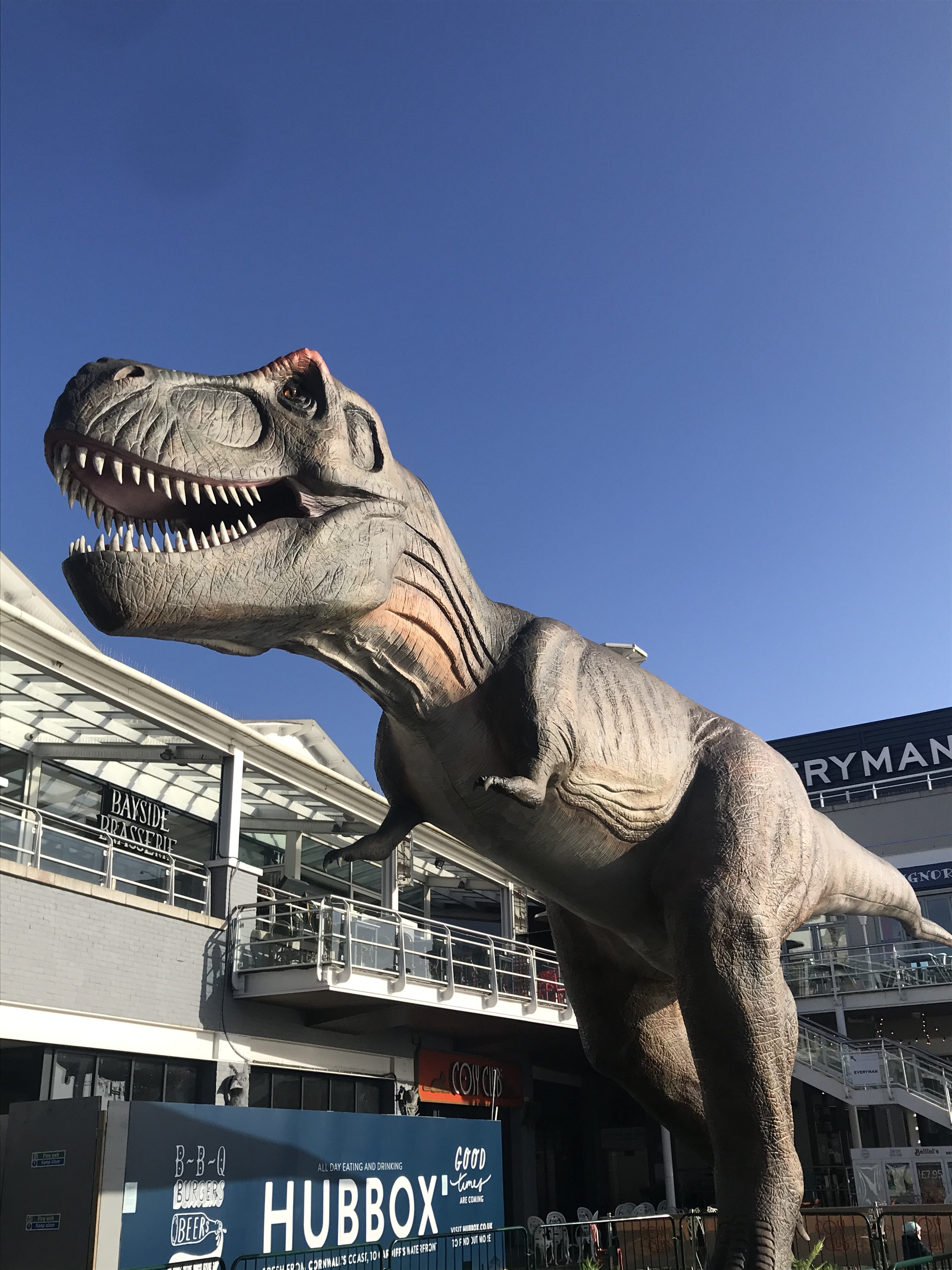 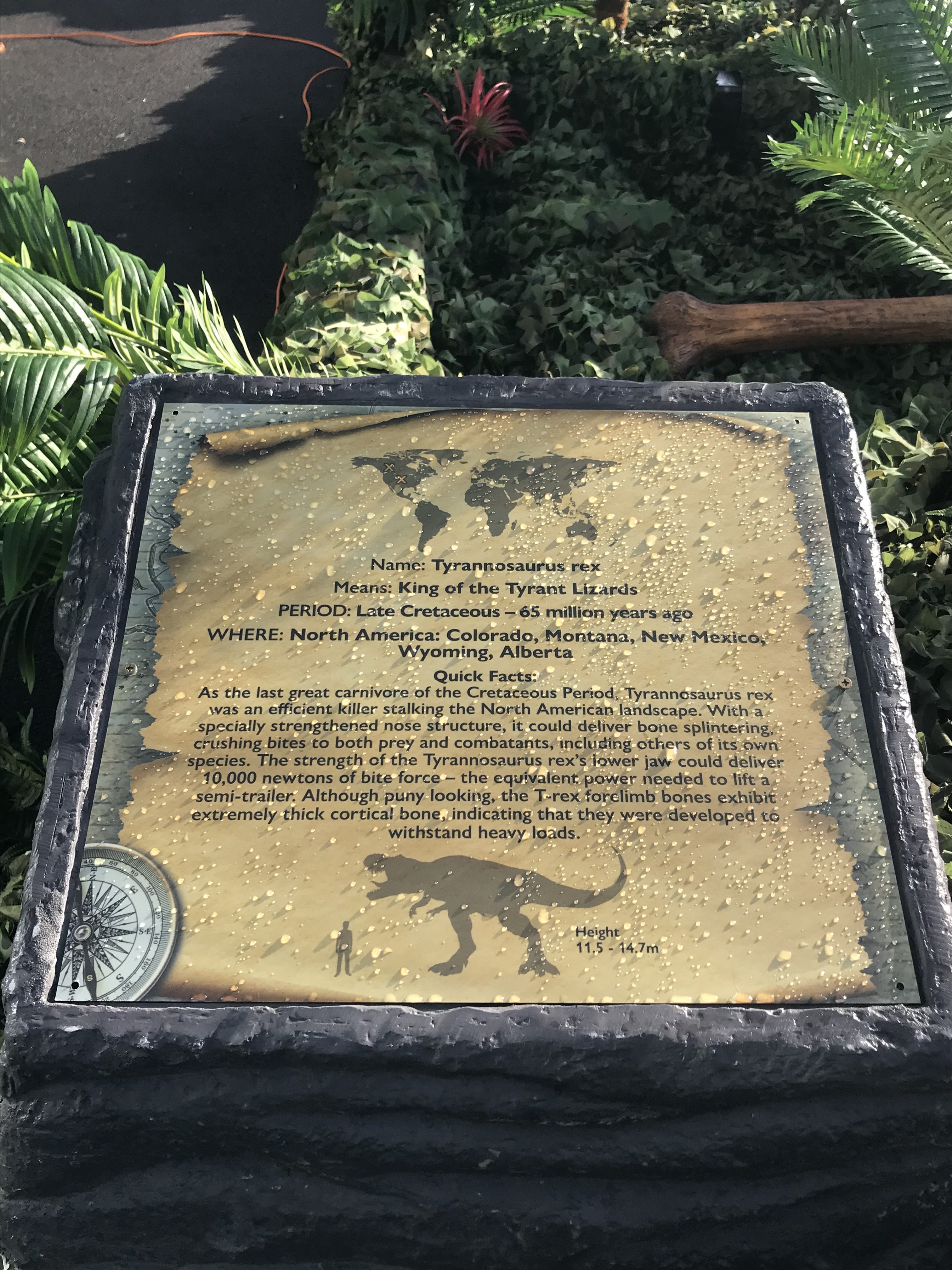 Quay-Rex is visible 24/7. It’s arms, tail etc between 9am and 8pm, when it will also roar every half an hour.

The T-Rex ride is open Saturday 8 and Sunday 9 February and then Saturday 15-Sunday 23 February, from 10am-5pm. Tickets cost £3 per person and are available at The Dino Store. Suitable for children aged up to approximately 14, maximum weight 70kg).

The Dino Store is open Saturday 8 and Sunday 9 February and then Saturday 15-Sunday 23 February, 10am –5pm.

Don’t forget to tag all the dino fans you know! 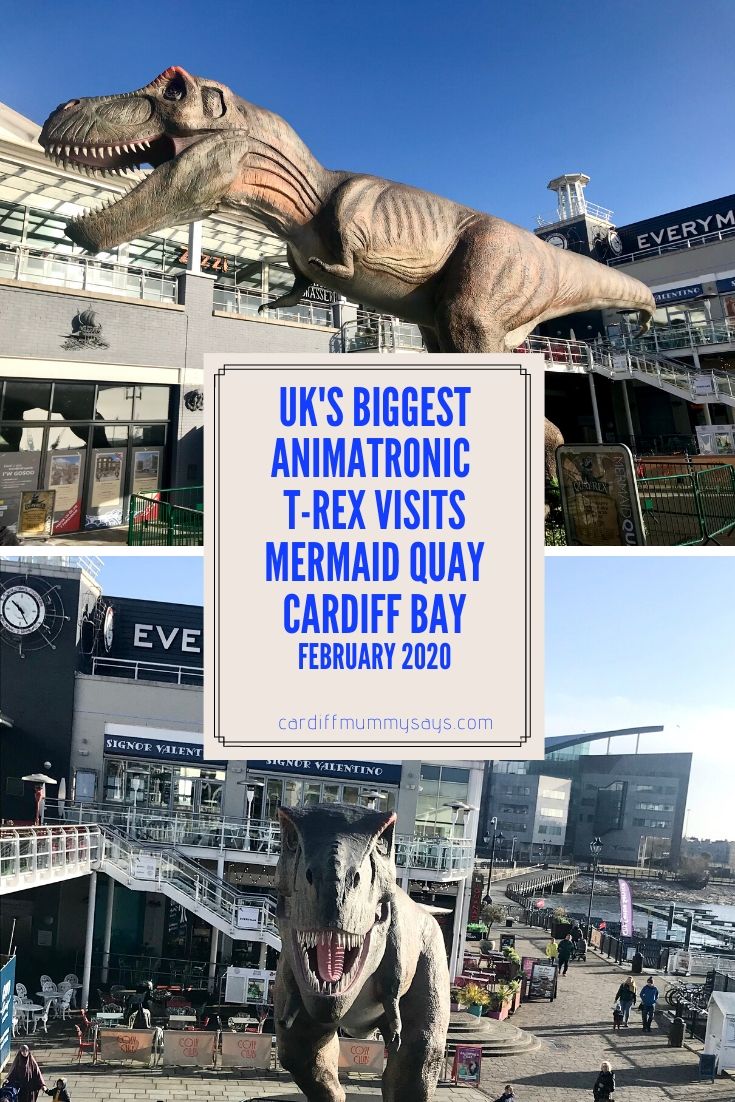