theatre reviews
Thanks to the New Theatre for providing us with tickets to see Peter Pan Goes Wrong in exchange for this review.
Following West End success and a BBC TV adaptation, Peter Pan Goes Wrong opened in Cardiff’s New Theatre last night as part of a UK tour. My eight year old son and I both thought it was brilliantly funny – we certainly weren’t the only ones who spent the entire two hours in fits of laughter, with the whole auditorium filled with audible giggles all night.
The show-within-a-show follows the cast and crew of the Cornley Polytechnic Drama Society as they present their stage adaptation of the JM Barrie classic novel. And as those who have watched Mischief Theatre’s previous production, The Play That Goes Wrong, which also features the hapless drama society, will know, nothing goes to script.
I’m not going to spoil it by giving away too much of the show, but as you can guess from the show’s title, everything that can go wrong, does go wrong. Props break or aren’t where they are supposed to be; scenery falls apart and the rotating set gets stuck on a spin cycle; sound effects fail; actors are injured and replaced mid-way through; there are costume malfunctions; the actors’ personal lives seep into the on-stage drama; and I’m sure you can imagine what happens when Peter Pan and the children are hoisted into the air to fly.
Adding to the humour is that, amid all the chaos, the characters strive to be professional, continuing with their lines and adapting the drama to hilarious effect. As the old adage goes, ‘the show must go on’. 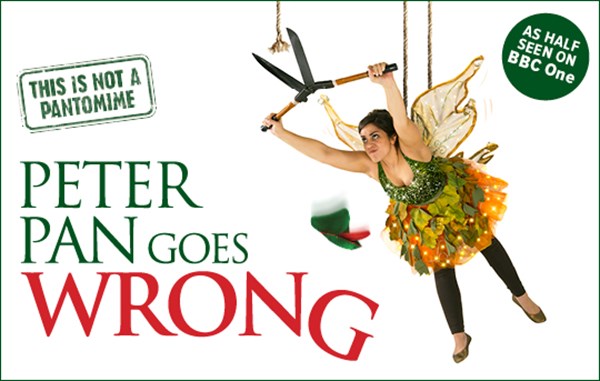 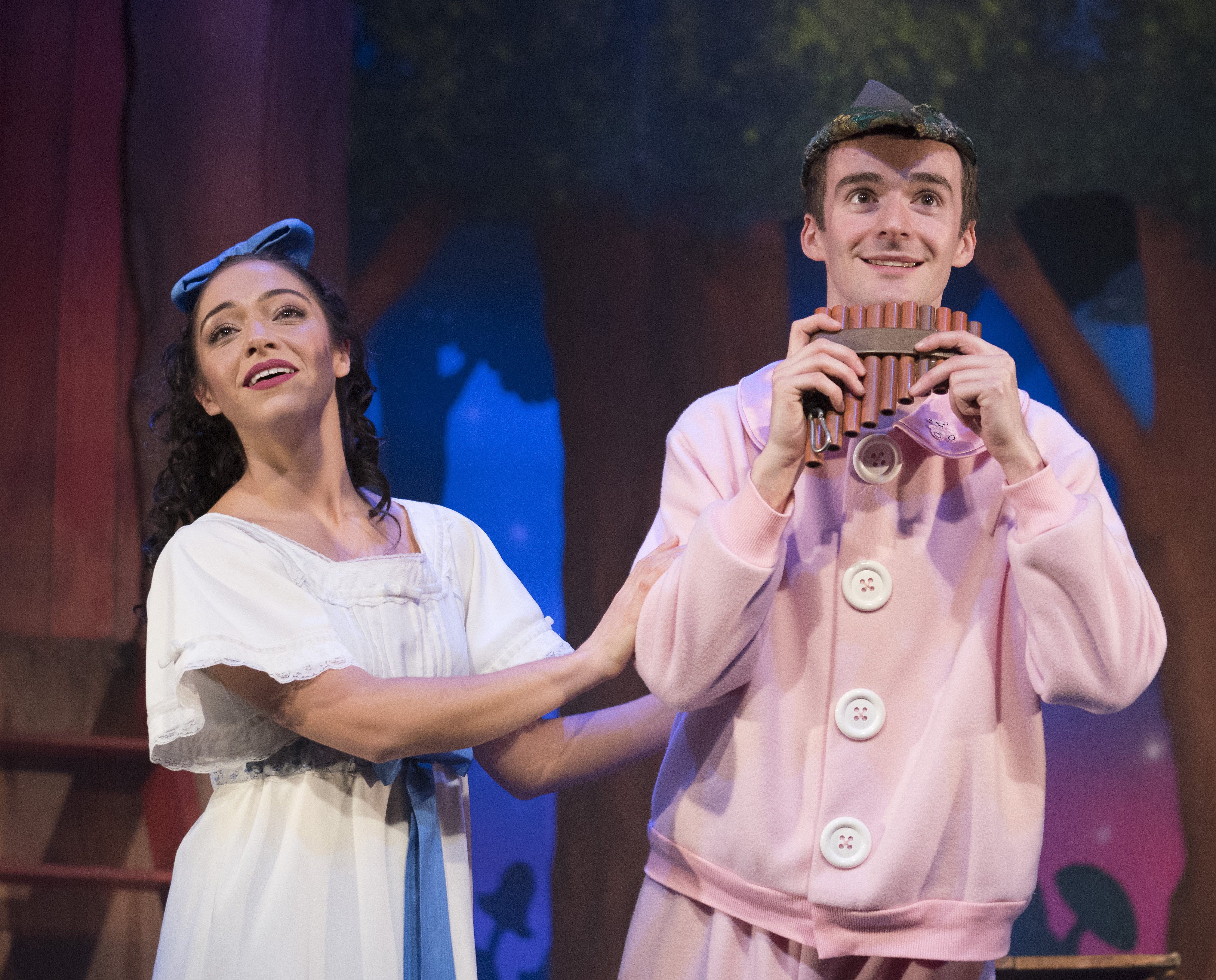 All the cliched am-dram performers are there – the one who overacts, the one with stage fright, the one who doesn’t know his lines and repeats everything – and I mean everything – he’s told over a radio mic, the egotistical director, not to mention the back stage crew frantically trying to fix props and scenery seemingly oblivious to the fact the show is carrying on around them.
Yes, some of it is predictable and farcical and some will perhaps find the humour too slapstick at times. But last night’s audience, including me and my son, found it absolutely hilarious. You also can’t help but have a new found respect for all those plays that don’t go wrong, not to mention the creative crew of this show who ensure that all those supposed mishaps happen seamlessly. Some of the scenes are so intricately planned with multiple disasters happening simultaneously, it is credit to the cast and crew that nothing does actually go wrong. Well, aside from a brief interlude at the start where a spark seemed to misfire, and the curtains needed to be shut for real. At least I think it was for real…
The action starts while the audience are still taking to their seats as the stage crew make final adjustments to the sets. The mischief even continues into the official programme, where badly-written biogs of the fictional cast appear, along with a note from the ‘director’ and an interview with one of the ‘actors’. 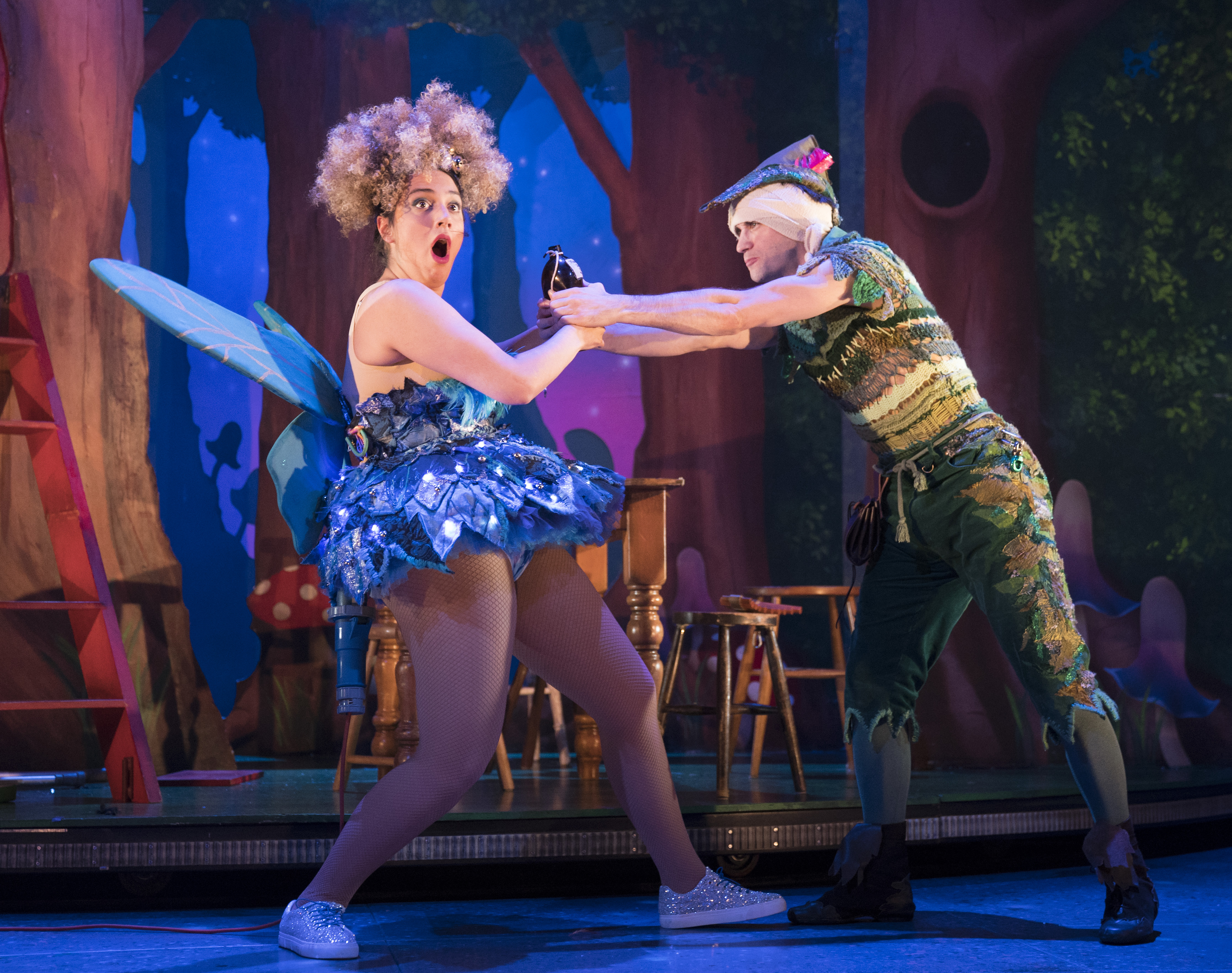 It’s a real ensemble piece with strong performances all round. However my favourite was Phoebe Ellabani. She plays the drama society’s Annie, who takes on the roles of Mrs Darling, Lisa the maid, Tinker Bell and Tiger Lily. Her swift transformations from one character to another are so well-executed with plenty of comedy moments and near misses.
The age guidance is eight, which seems spot on to me. There were definitely a few finer details my eight year old didn’t quite understand, as well as a couple of subtle references to sex, which thankfully went right over his head, but he was creased with laughter throughout and on the way home kept saying how hilarious it was.
And he’s right. This is definitely one of the funniest shows I have seen in a long time, as well as being brilliantly clever. The perfect antidote to the cold, dark and wet winter nights this is a feel-good, laugh-out-loud show that really lifts the spirits. It’s not too late to get tickets for its run in Cardiff, with good availability between now and Sunday. 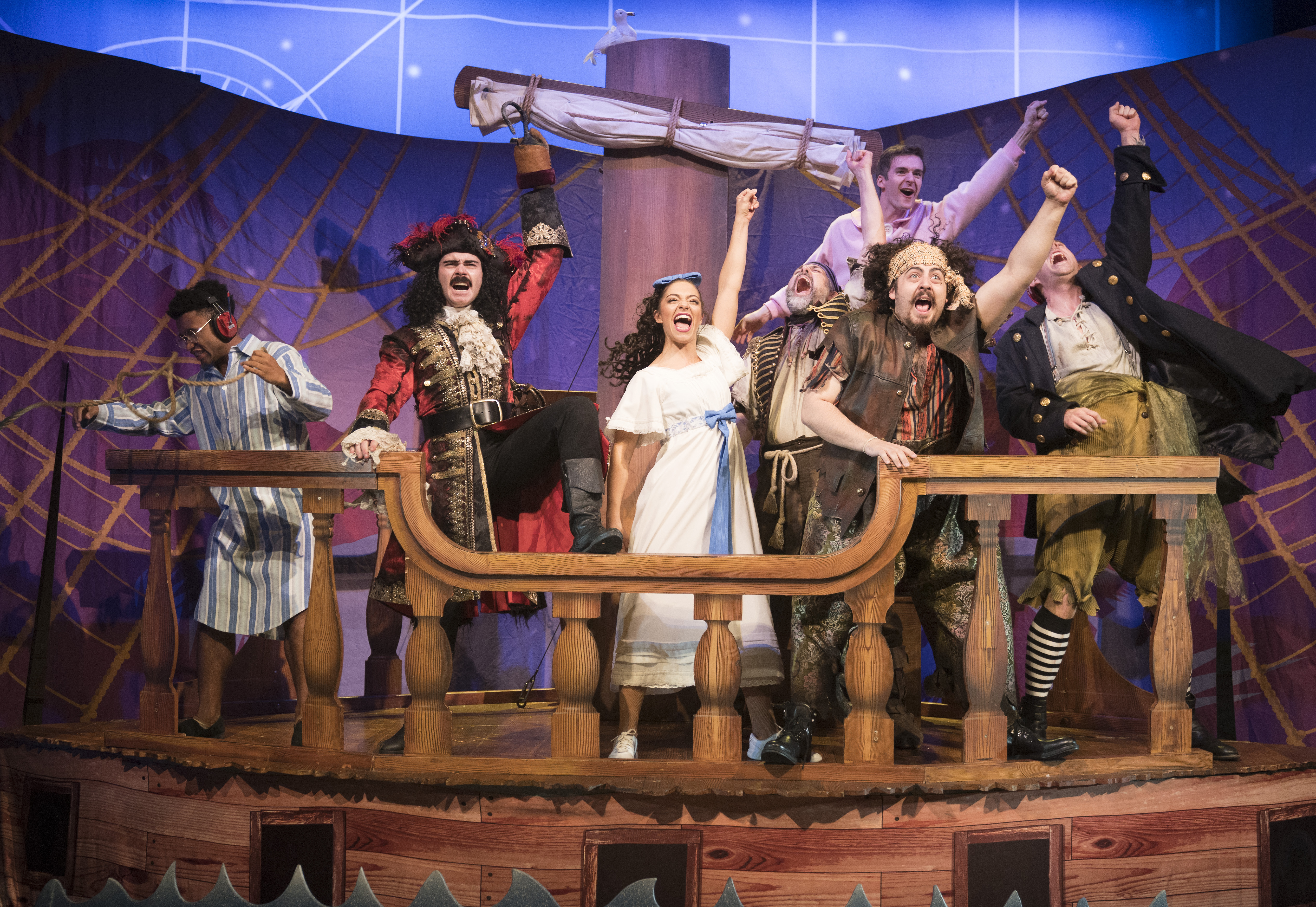 Peter Pan Goes Wrong is at the New Theatre Cardiff until Sunday 10 November with performances at 7.30pm until Saturday and 2.30pm matinees on Thursday, Saturday and Sunday. Tickets cost from £14.50 to £36.50. Visit the website here.
The show is touring the UK until February 2020. Details here.
Will you be watching Peter Pan Goes Wrong? Do let me know in the comments below, on the Cardiff Mummy Says Facebook page or you can tweet me on @cardiffmummy
For more ideas of family-friendly theatre shows in and around Cardiff between now and Christmas, see my round up post.