“They shall grow not old, as we that are left grow old:

Age shall not weary them, nor the years condemn.

At the going down of the sun and in the morning

We will remember them.”

For The Fallen by Robert Laurence Binyon

This is the fourth year we’ve been to visit the knitted poppies at Roath Lake Cardiff ahead of Remembrance Sunday and Armistice Day.

The beautiful flowers first appeared around this time in 2016 and I thought it was a lovely way to further the conversation with my children about why they see so many poppies at this time of year.

Located near the Terra Nova café, overlooking the lake and the lighthouse, the poppies look a little different this year, draped over a boat and with a naval hat resting poignantly at the helm, rather than dotted among the grass and draped over the railings as in previous years.

The remembrance poppy was inspired by the World War I poem In Flanders Field by Lieutenant-Colonel John McCrae. The poem’s opening lines refer to the poppies that were the first flowers to grow among the soldier’s graves in Flanders in Belgium.

“In Flanders fields the poppies blow
Between the crosses, row on row.”

Buying them helps the Royal British Legion to support members and veterans of the British Armed forces, their families and dependants. 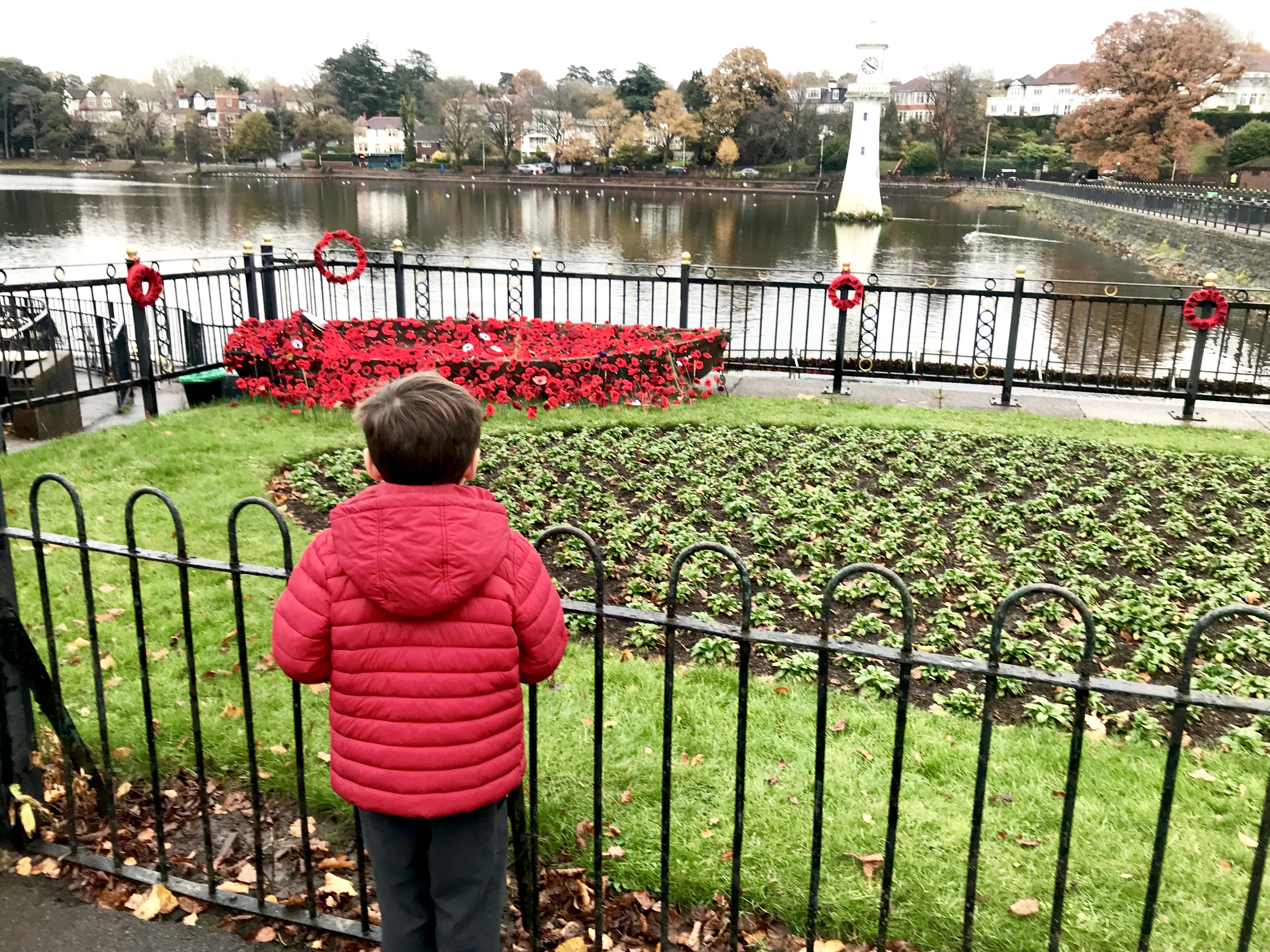 Poppies are traditionally worn in the run-up to Armistice Day, on 11 November, which this year marks 101 years since the end of the First World War; and Remembrance Sunday, which this year falls on Sunday 10 November. In the words of the British Royal Legion, Remembrance Sunday is to “honour the service and sacrifice of our Armed Forces community, the British and Commonwealth veterans, the Allies that fought alongside us and the civilian servicemen and women involved in the two World Wars and later conflicts”.

Visitors to Roath Lake can make donations to the Royal British Legion in the cafe.

We talked a lot about the sacrifices people made in the first and second world wars, for our freedom and our future.

We talked about those currently in the armed forces, the dangers they face, and how hard it can be for children when a parent is away on duty for months at a time. 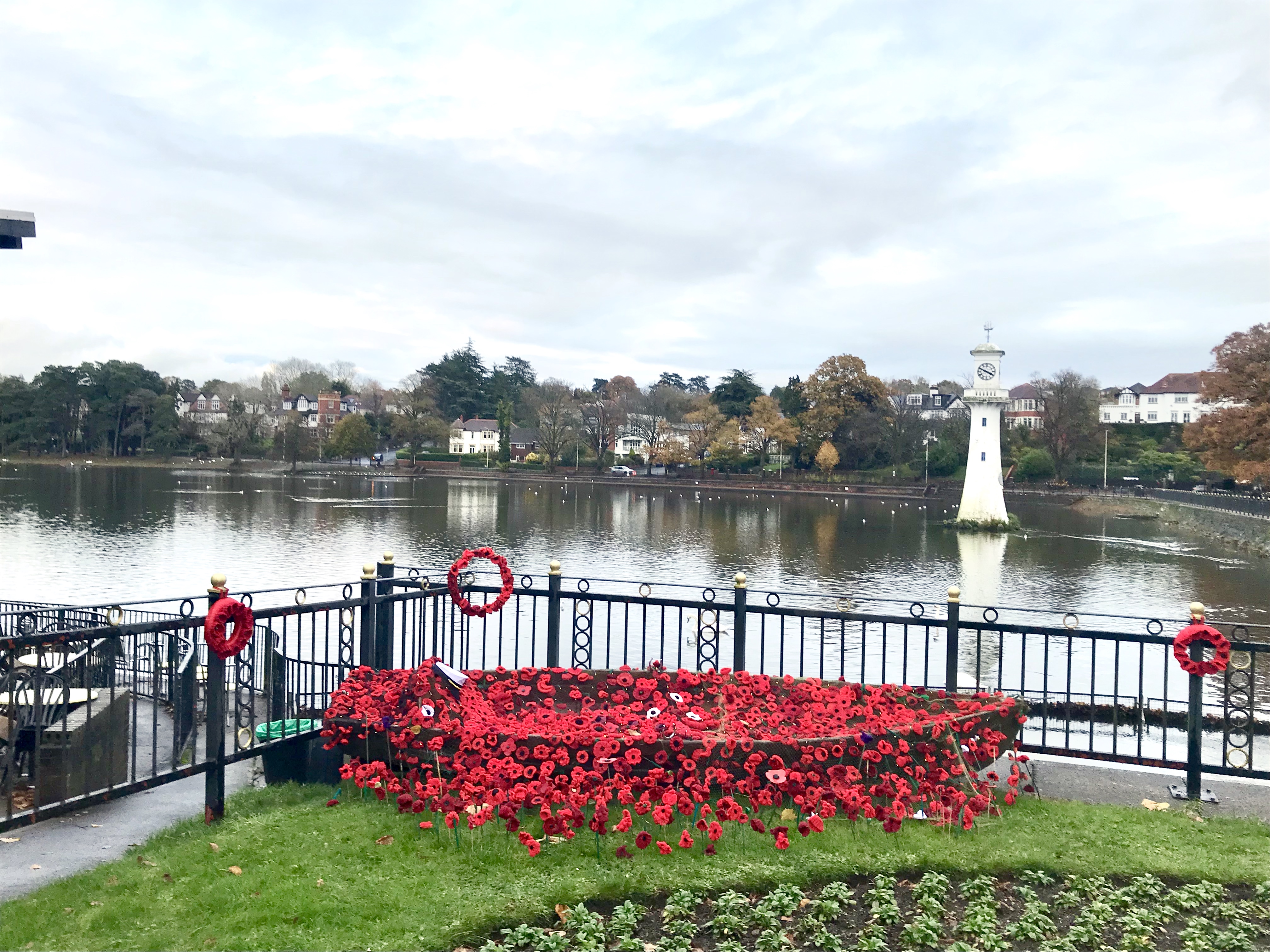 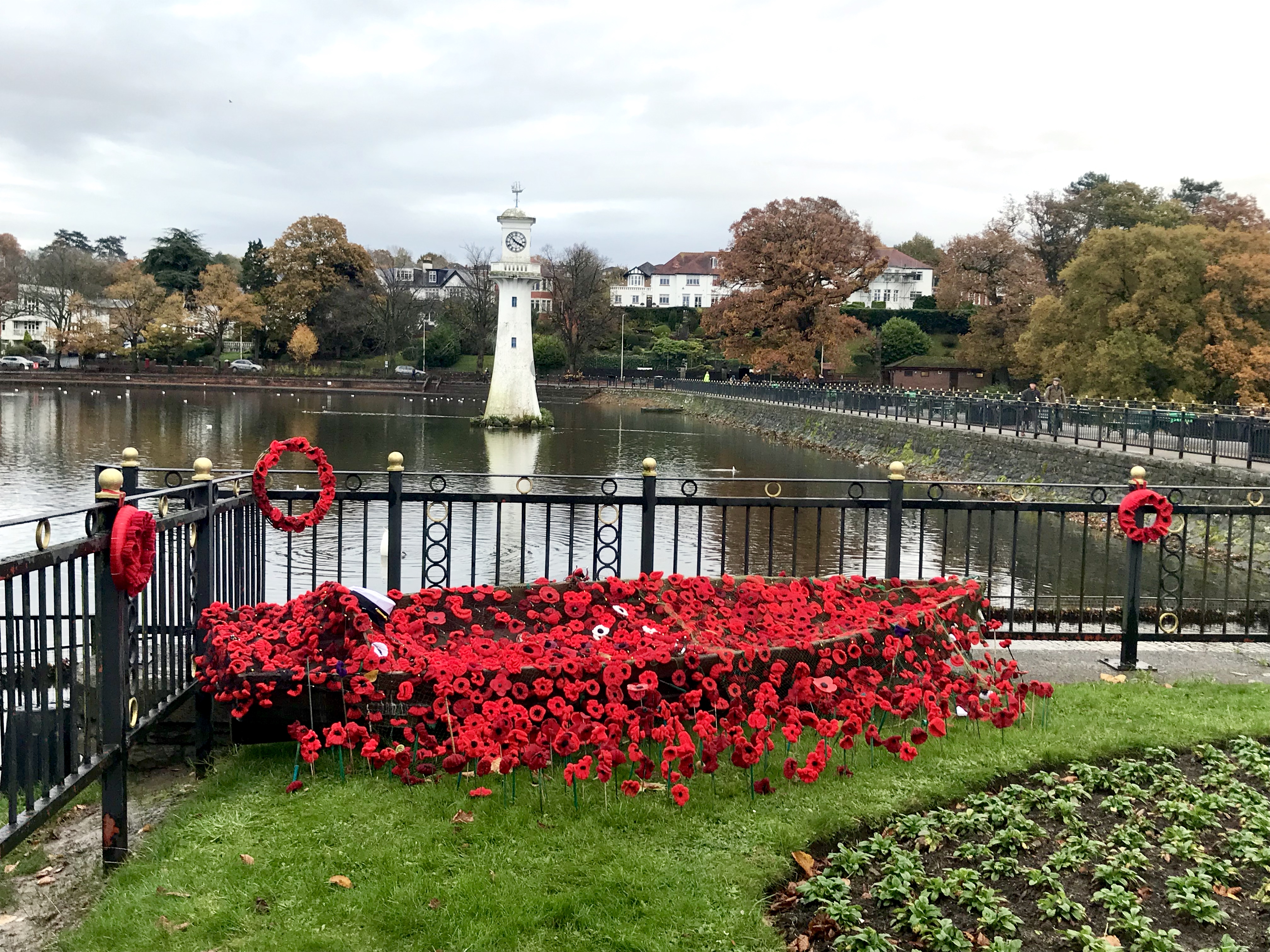 We also spent time thinking of my Grandad, their Great Grandad, who was in the RAF in the Second World War but who thankfully survived. He died four and a half years ago, the last surviving member of his squadron. My children asked if he was scared. How could he not be? But he, and thousands upon thousands of others, didn’t really have a choice as they were sent to fight, not knowing if they would ever come back.

It’s hard for us today to comprehend how terrifying it must be to live through a world war. As I said to my children, those who survived aren’t here to tell their stories anymore, and the number of veterans from the Second World War gets less and less every year.

Which is why it’s so important we remember and honour them and all that they did for us, but also so that the horrors of the past are never repeated. 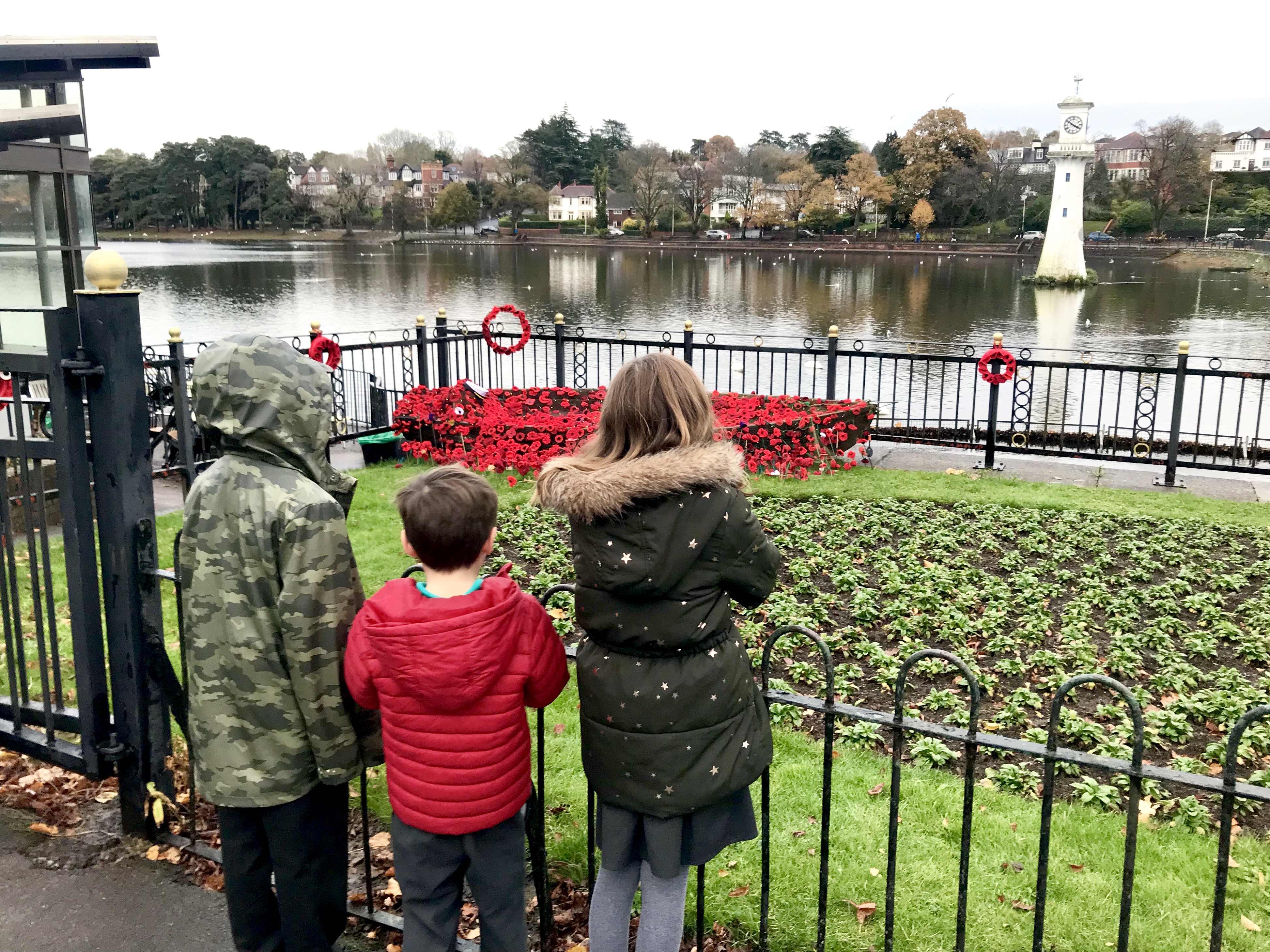 What else is there to see at Roath Lake and Park?

If you’ve not visited Roath Lake and Park before, there’s plenty for families to enjoy. Just be sure to check park opening hours if you’re visiting after school – we only just made it when we headed down on Tuesday, with the park shutting at 4pm.

These photos were taken on various different visits to when we saw the poppies but will hopefully give you an idea of what to expect.

The playground is one of my children’s favourites (you can see our full list here) with swings and climbing frames for different age groups, a spider’s web climbing frame and the famous huge slide. 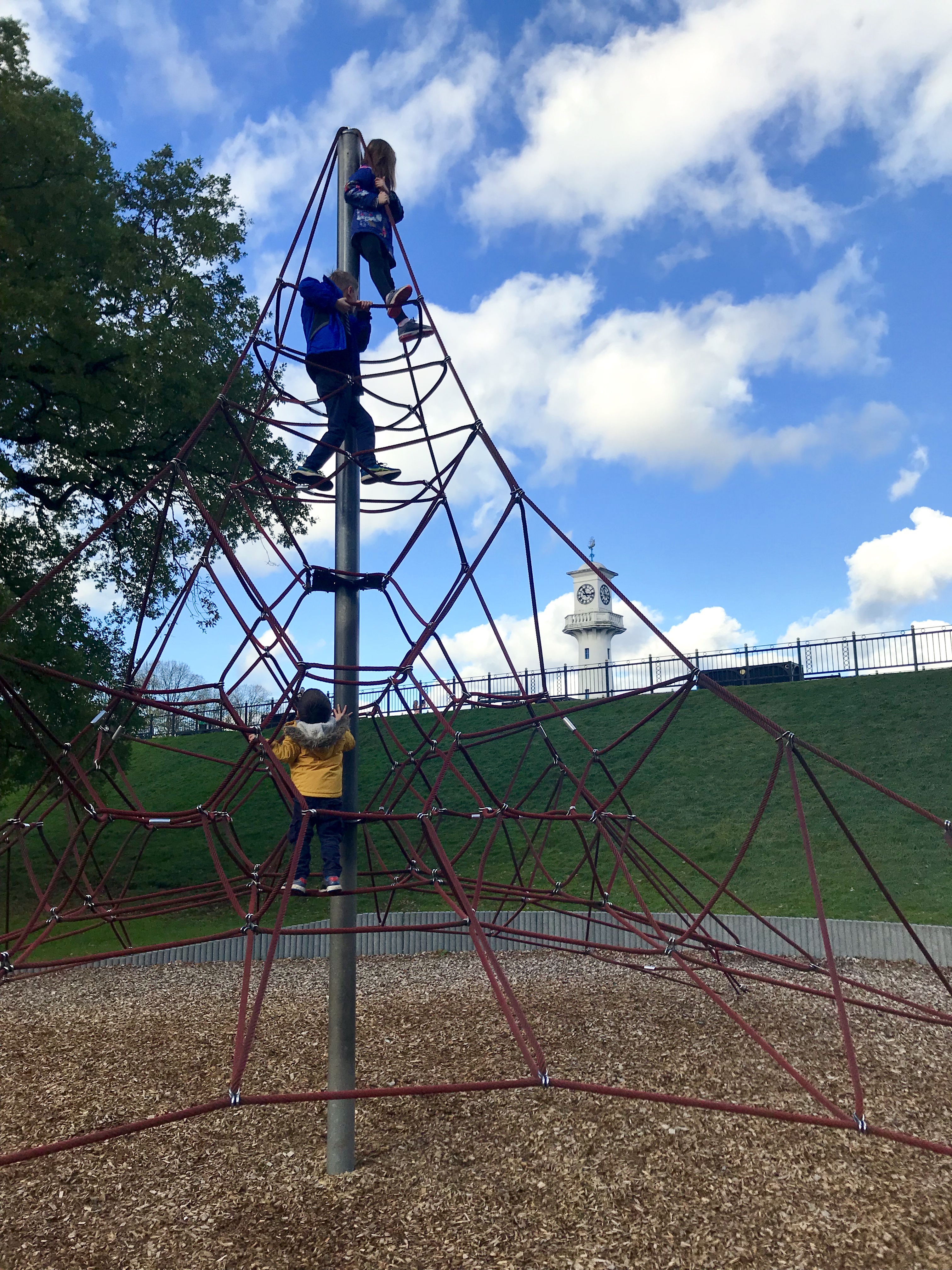 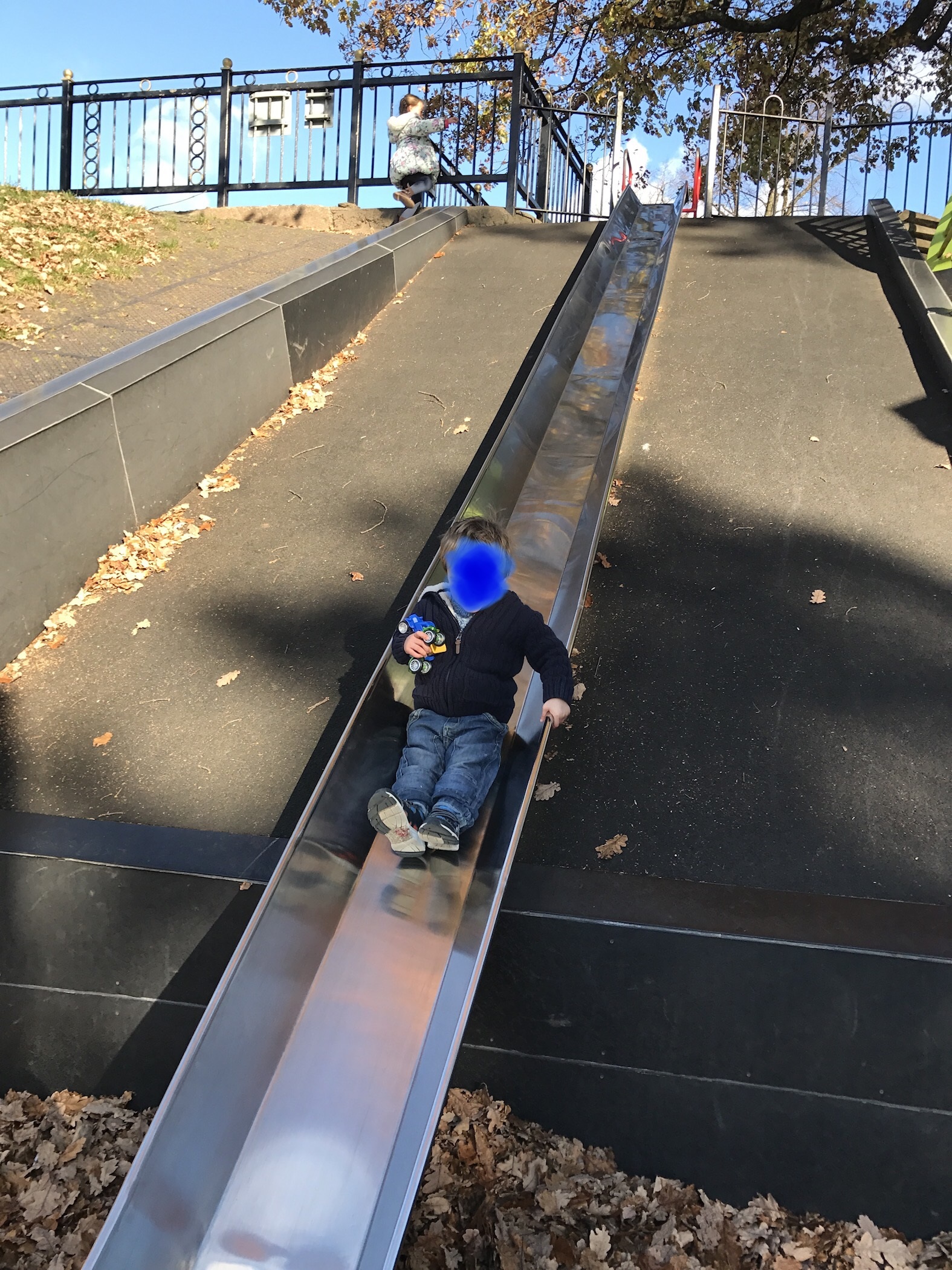 If you’re the sole parent in charge of more than one child, it can be quite stressful, as the play area is so big and it gets really busy at weekends and school holidays. However, during school hours, early weekend mornings, and after school is much more manageable.

Walking around the lake is a right of passage for most kids in north Cardiff, and it’s home to various swans, ducks and birds. You can buy seeds to feed the Terra Nova café.

The lighthouse is possibly one of the most photographed sights in Cardiff, built to commemorate Captain Scott’s ill-fated voyage from Cardiff to the Atlantic in 1915. 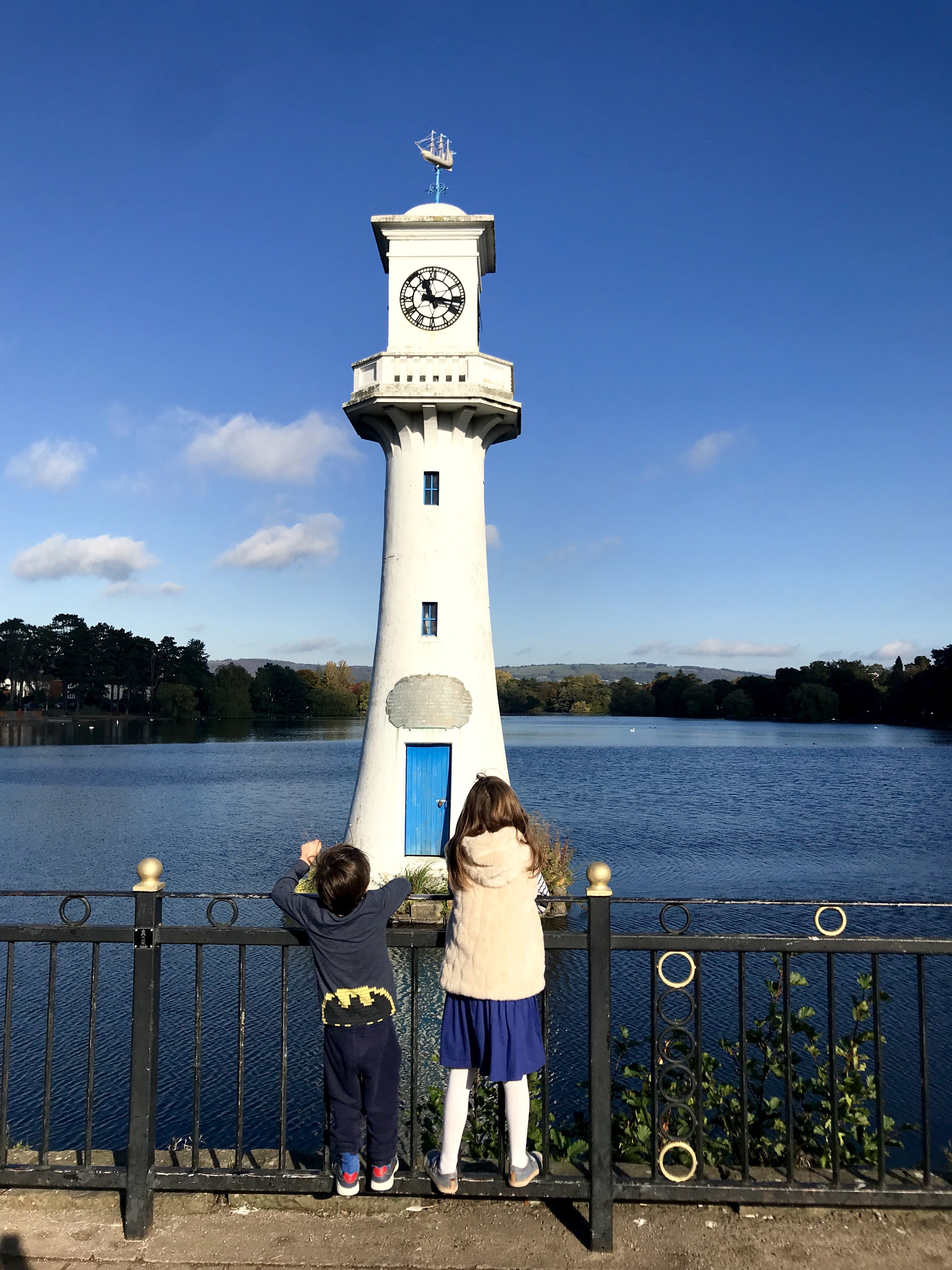 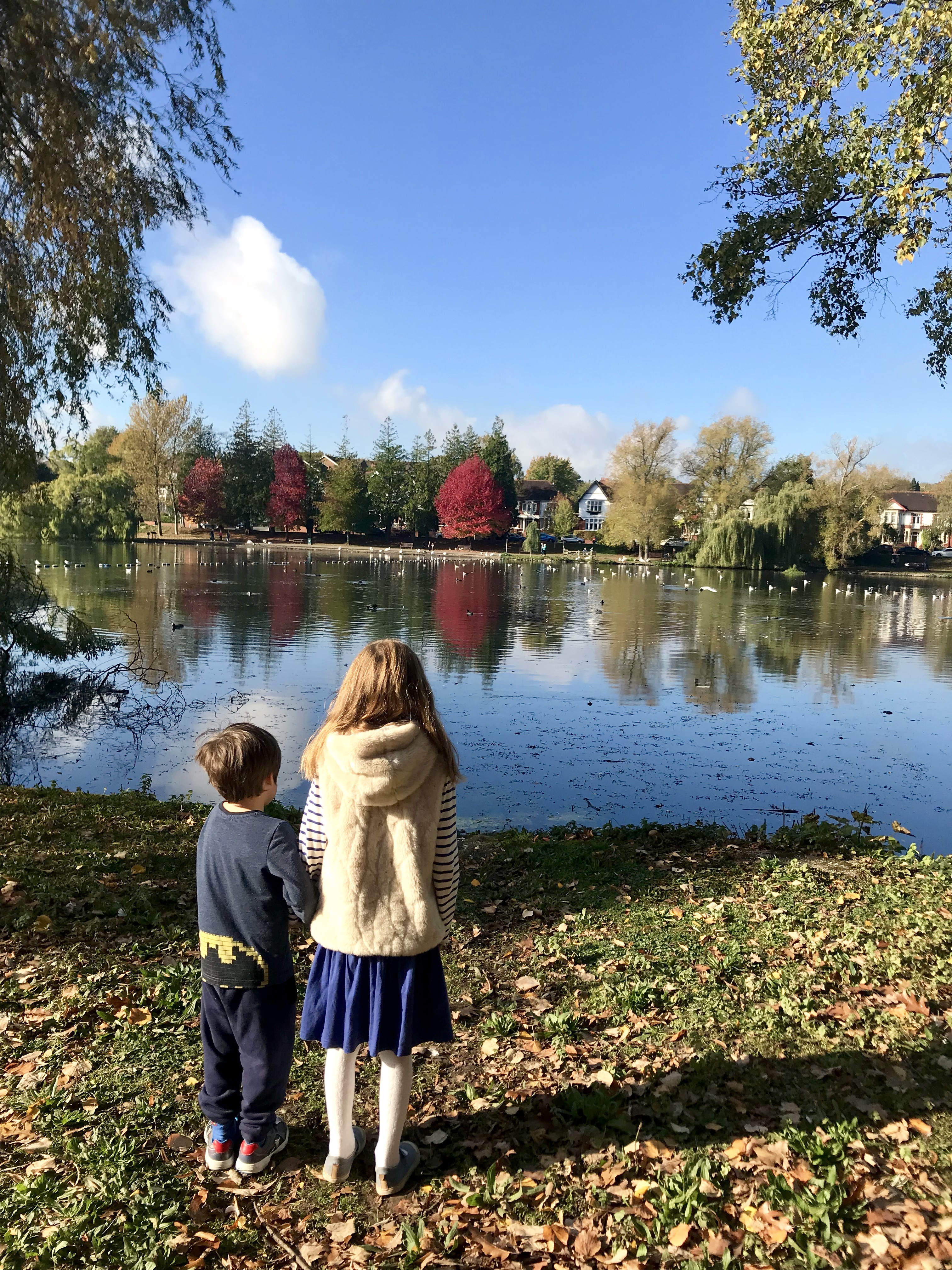 We also like to follow the river through the park – the two bridges are great stopping points for a game of pooh sticks, and my children also love the little path alongside the river. They call it the ‘secret path’ because when they were little they thought no one else knew it was there.

The gardens are beautiful all year round, with different seasonal blooms adding plenty of colour. You can also visit the conservatory, which for a small charge has terrapins and fish, and a number of different plants.

Children may also enjoy the nature trail. Look carefully on the pillars dotted around the park and you’ll see images of some of the wildlife that can be found there for children to make rubbings of. You can download a free trail guide here or freestyle it and see how many you can find.

The paths are great for buggies, not to mention scooters and (smaller) bikes.

There are two toilet blocks with baby changing facilities plus an ice cream kiosk on one side of the park and an ice cream van usually to be found on the other side.

There’s plenty of free parking around the lake, although on sunny days it can be busy.

Have you been to visit the poppies at Roath Lake Cardiff? Do let me know in the comments below, on the Cardiff Mummy Says Facebook page or you can tweet me on @cardiffmummy