*Cardiff to Rome in association with Cardiff Airport and Flybe

As I wrote recently, Cardiff Daddy and I had honeymooned in the Italian city back in 2007. We newlyweds threw our coins into the Trevi Fountain, as is the custom to ensure we would someday return to Rome, and joked that we should come back for our 10th wedding anniversary… with our kids.

It might have been said in jest but as our 10th anniversary approached, we started discussing it again. We weren’t sure if our younger selves were being overly optimistic. In fact, the idea of driving to one of the big airports and flying with three children aged 7, 5 and 3, and then staying in a hotel room in a hot and busy capital city all seemed pretty stressful and expensive and we were starting to rule the idea out.

But then two things happened: Flybe launched a new route from Cardiff to Rome and I discovered Camping Village Fabulous, a brilliant family-friendly campsite on the edge of Rome, whilst browsing Pinterest. You can read our review of the campsite here – we absolutely loved it and highly recommend it.

Cardiff Airport kindly offered us two return flights from Cardiff to Rome in return for a review. We paid for the other three flights ourselves, at around £230 each. We booked quite late and at a premium time, with it being May half term and flying back on the same day as the Champions League final, so our flights were on the pricier side, but you can get them from £44.99 each way.

With our flights departing at 7.10am, it was an early 4am start for us but the kids were way too excited to complain when we woke them up. We’d bought smoothies, fruit and pastries to eat in the car on the way. With no traffic on the road, it took us about 40 minutes to get to the airport in Rhoose, just outside Barry, from our home in North Cardiff. 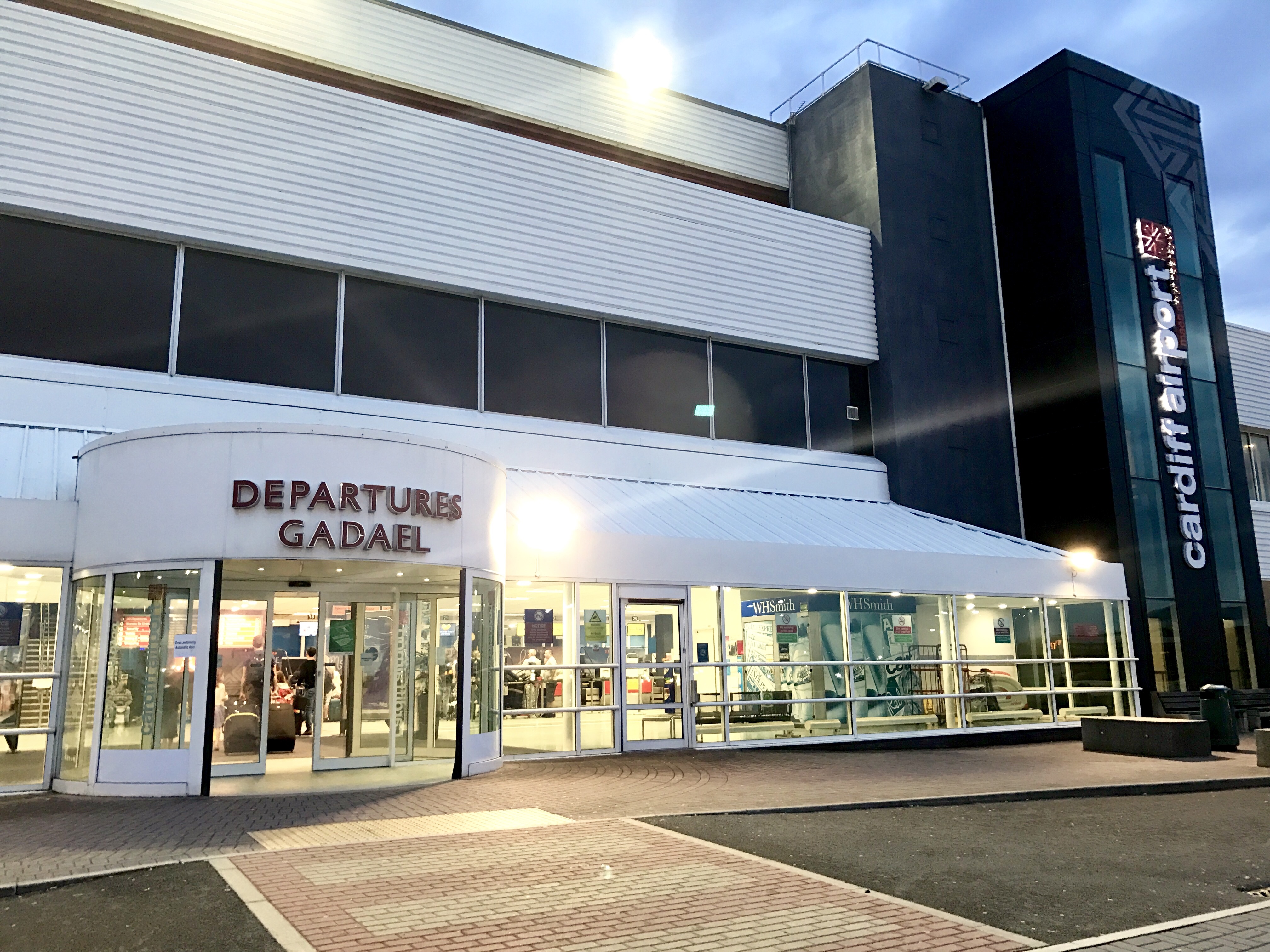 We parked in long stay car park 1, which would have cost us around £70 for the week we were away, but which Cardiff Airport kindly included in our review package. We had no trouble finding a place to park and from there it took us less than five minutes to walk to the airport terminal. The other car parks have a shuttle bus service every 10-15 minutes as they are further away. 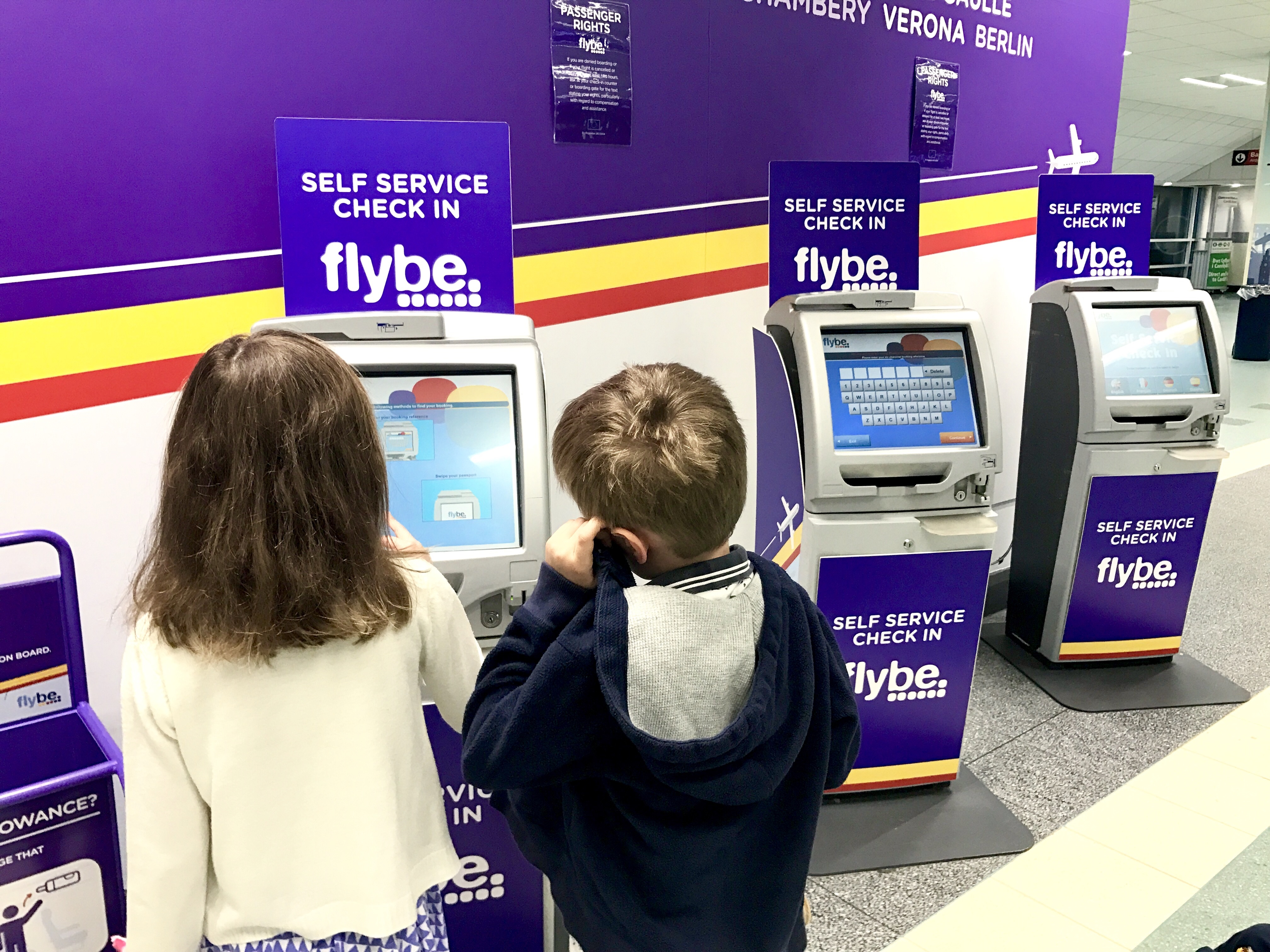 Check in was a simple enough process. You can do it online beforehand but we wanted our children to have the experience and excitement of doing it at the airport itself. It took a couple of minutes on the machines to enter our booking reference and swipe our passports, and then our boarding cards were printed out. Next we checked in our suitcases – most people these days take cabin luggage only so there was no queue for the bags. 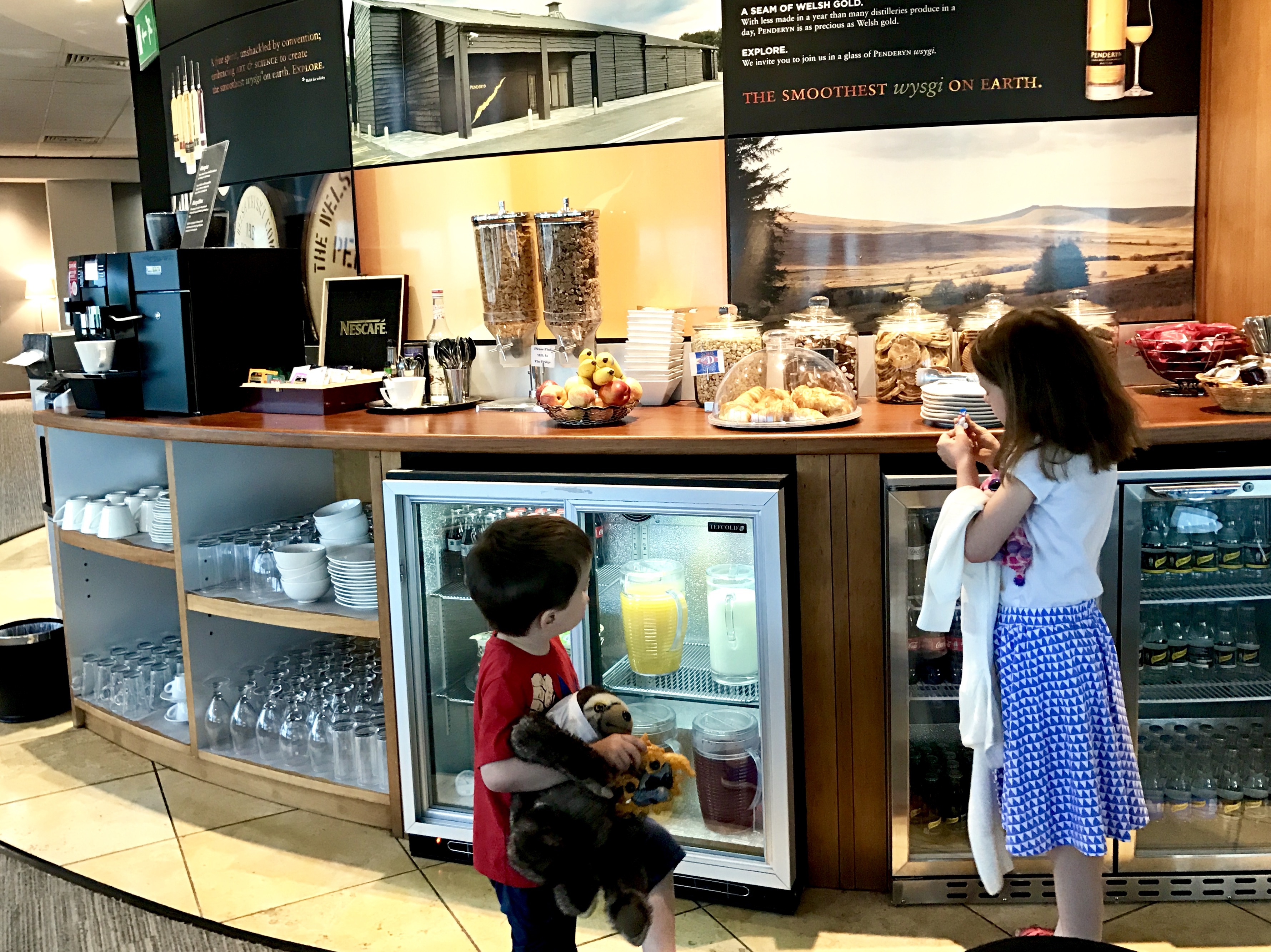 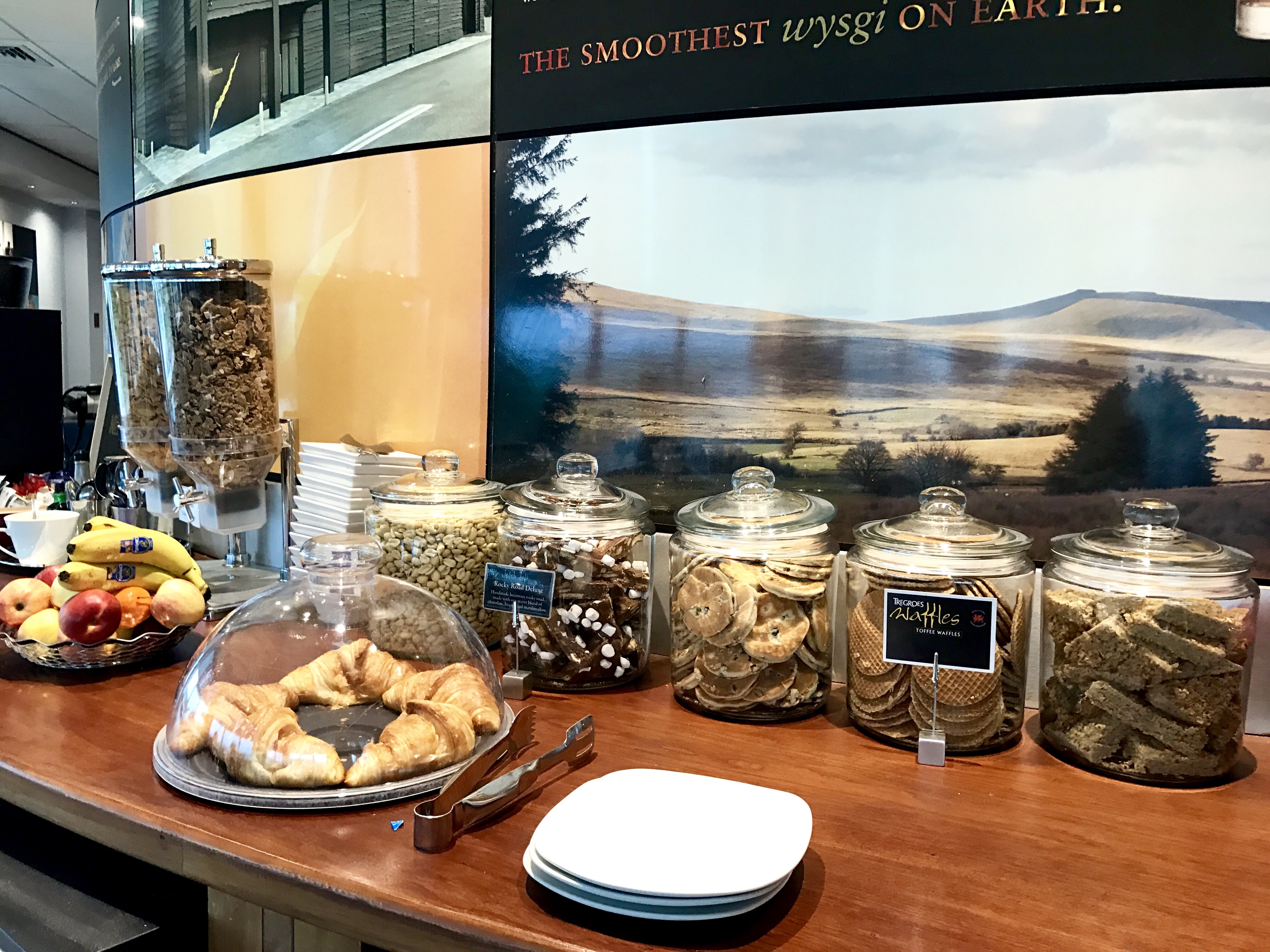 We had a real treat as the airport had arranged for us to have access to the executive flight lounge (usual cost £20 per person). This was a first for all of us and such a relaxing and luxurious experience, with complimentary drinks, breakfast foods, free Wifi and newspapers.

I know sometimes Cardiff Airport gets criticised for not having the same range of restaurants and duty free shops as other, bigger, airports, but this wasn’t an issue for us as we weren’t planning on buying anything other than drinks for the flight anyway.

The flight itself took off on time and the staff were really friendly and great with the kids. The skies were so clear we had the most amazing views. Flying over the Alps was particularly breathtaking. We’d bought stickers books, reading books and magazines to keep the children entertained, although they were just as happy looking out of the windows and marvelling at the views below. 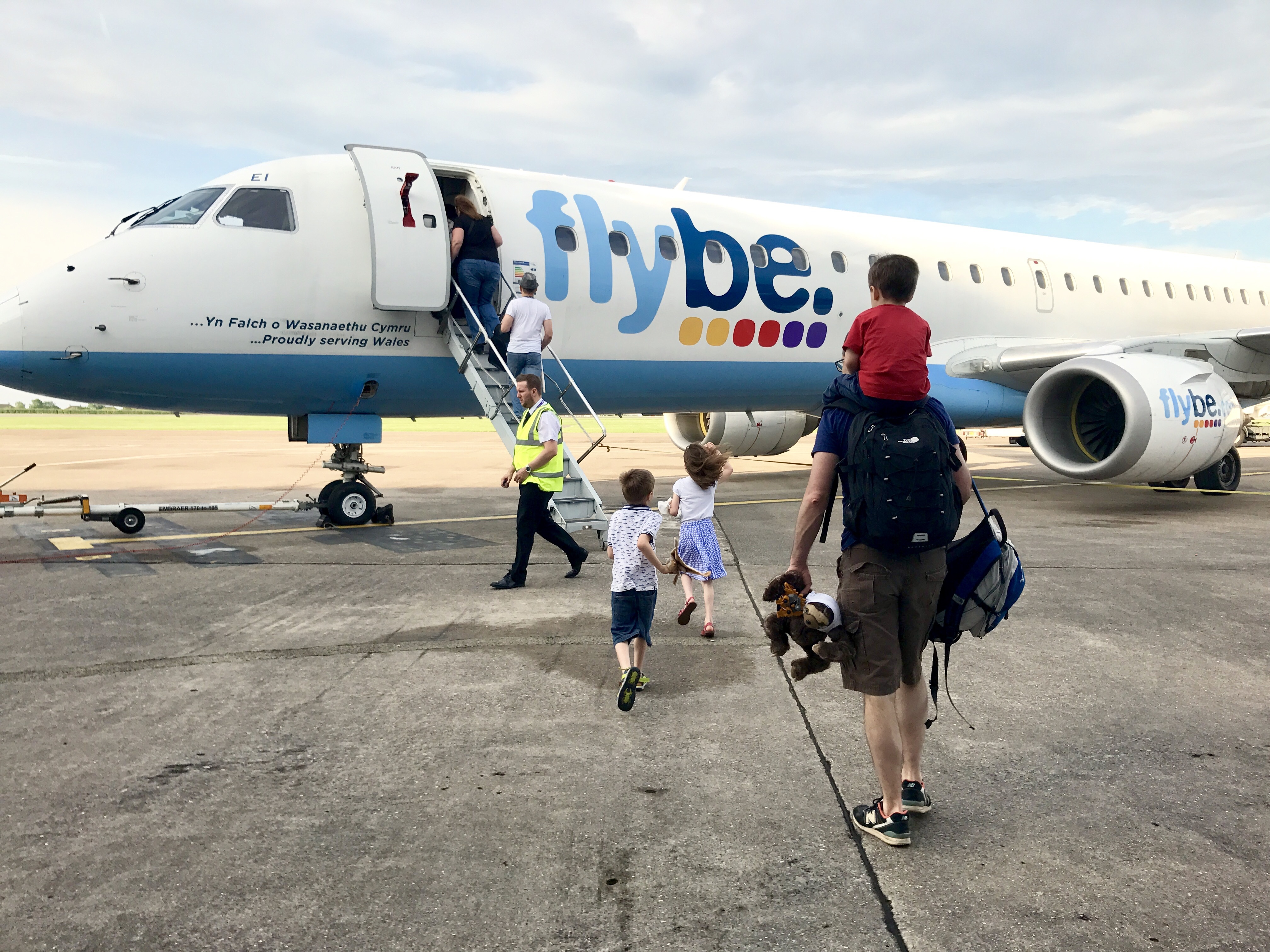 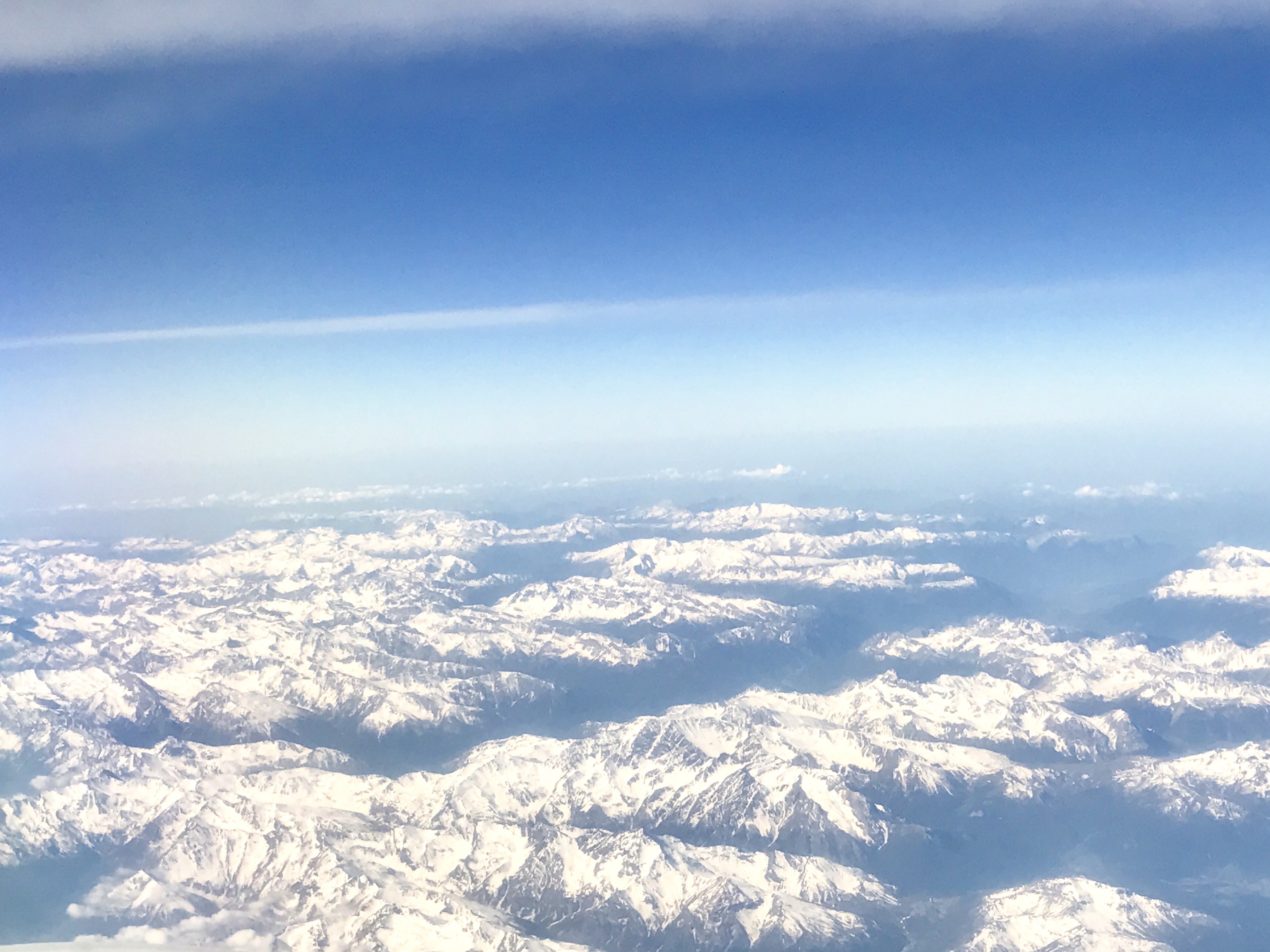 Flying over the Alps

My children were keen to tell the attendants it was their first ever flight – they were so excited. Miss E, 7, and Little Man, 5, got to help with the on board charity collection. When we landed, they also had the incredible experience of meeting the pilot and sitting in the cockpit, which they thought was the best thing ever. 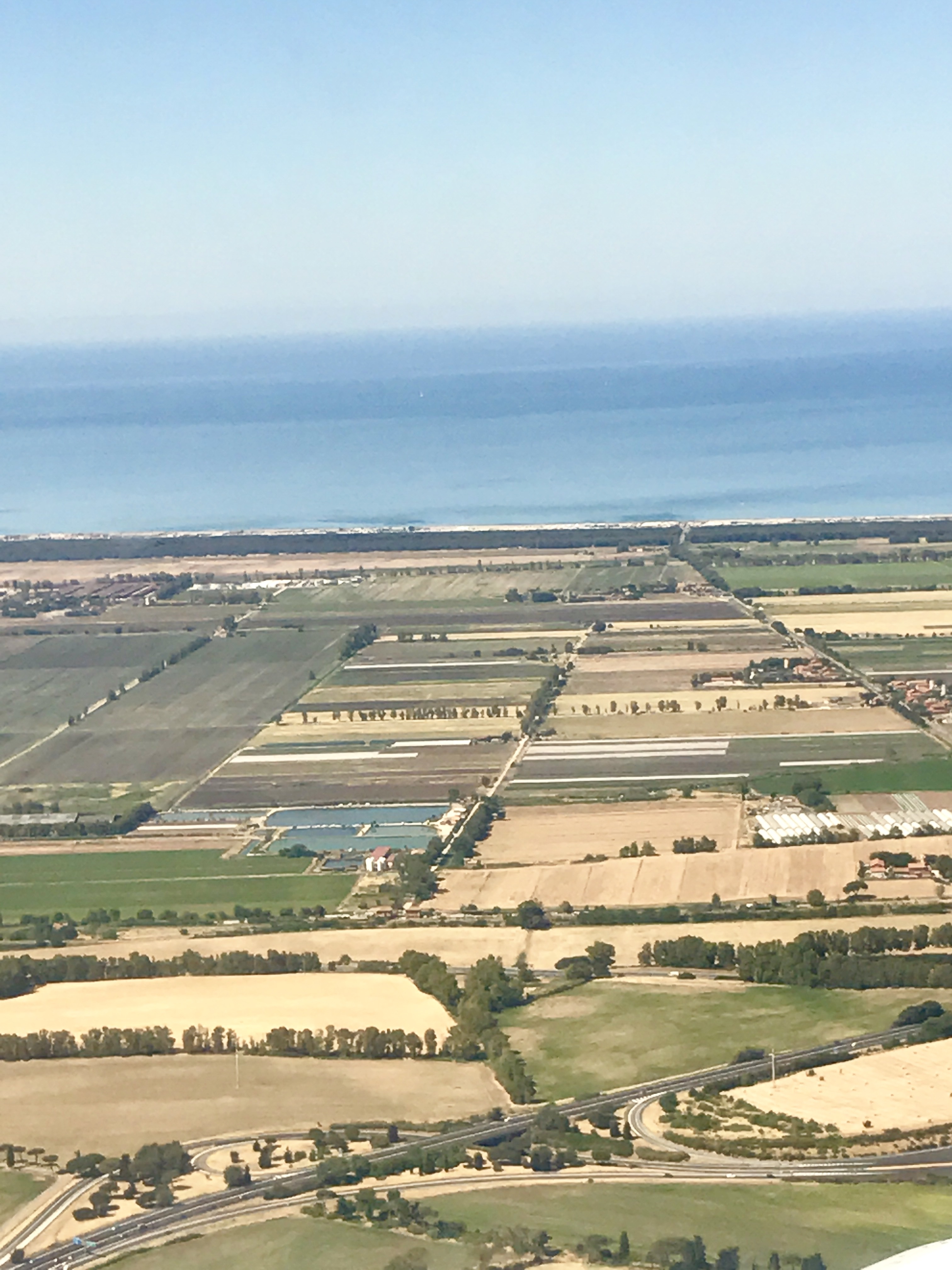 We arrived at Rome Fiumicino Airport at 10.40am local time, quickly went through arrivals and collected our luggage. We’d booked a shuttle bus directly with the campsite to take us there but had time to grab a quick snack in one of the cafes in arrivals. The whole arrivals area was full of taxi drivers and private vehicle hire drivers. As they say, first impressions count and we loved that most of the drivers were dressed in smart shirts and jackets. The Italian men certainly have style. 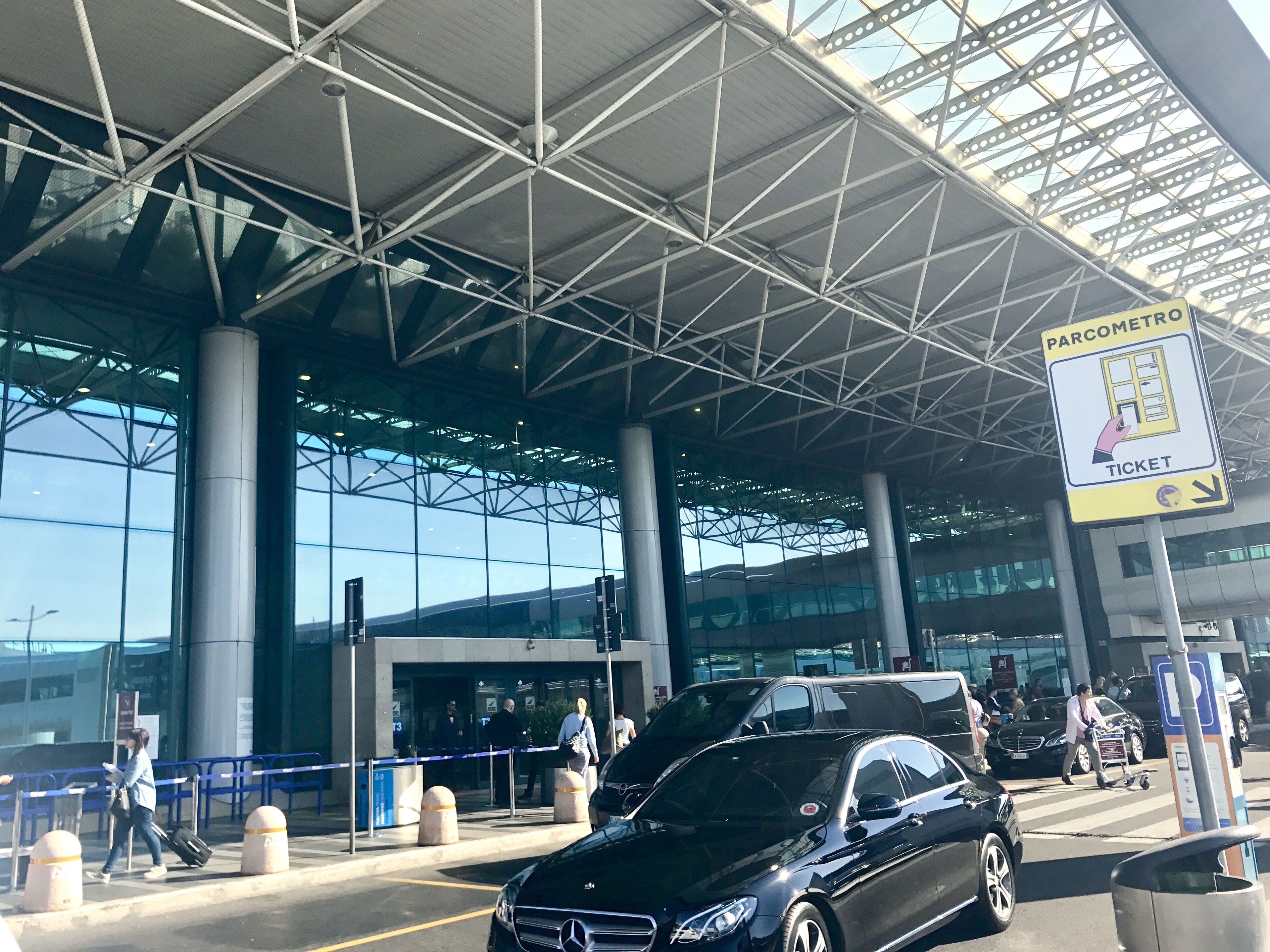 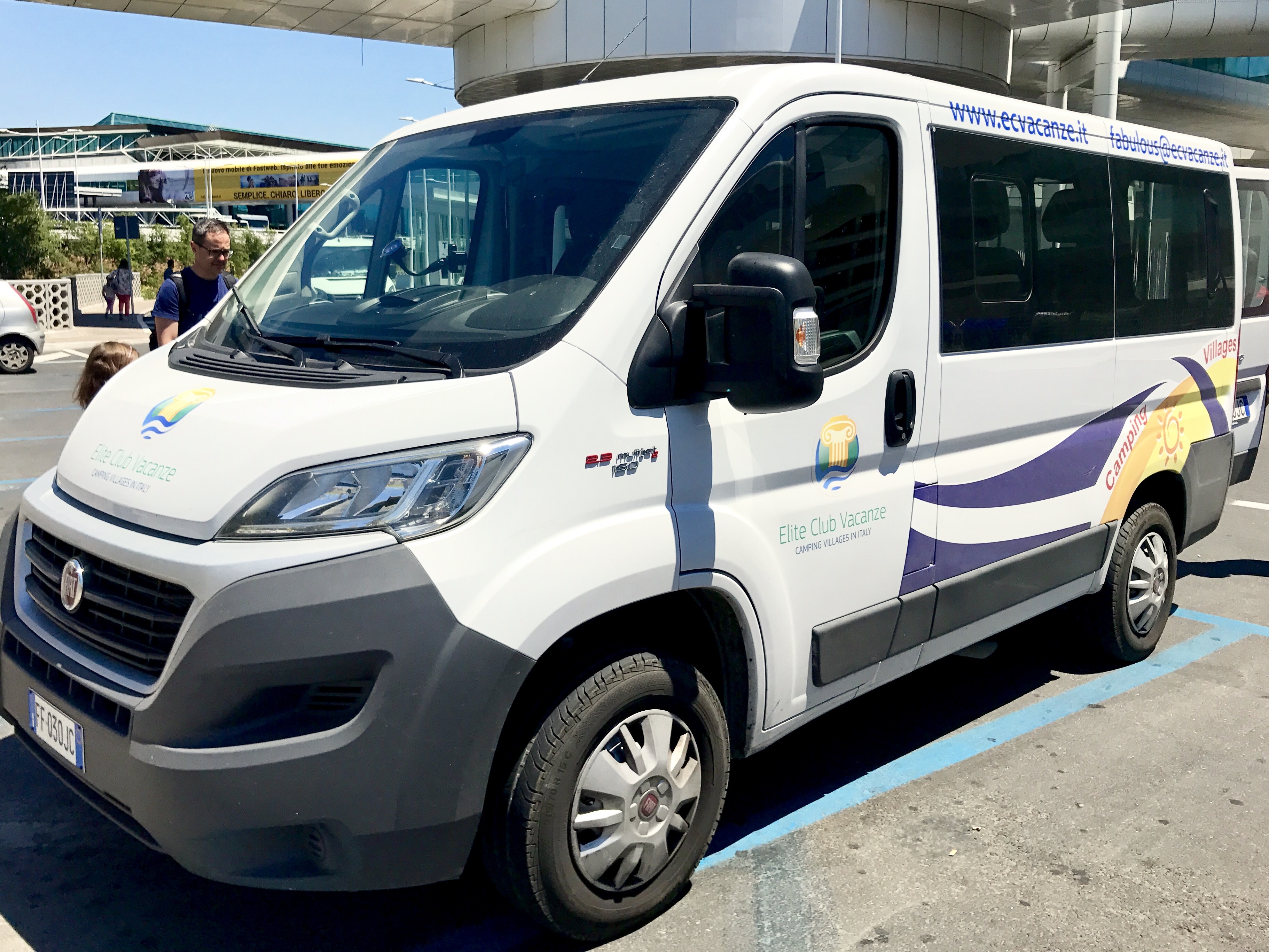 Rome itself was every bit as wonderful as we hoped. I’ve written in detail about our stay at Camping Fabulous Rome here, and you can see a photo round up of our trip here. We really had the best time, returning to some of our favourite Rome sites a decade after we were last there, as well as plenty of fun at the child-friendly pool at the campsite. 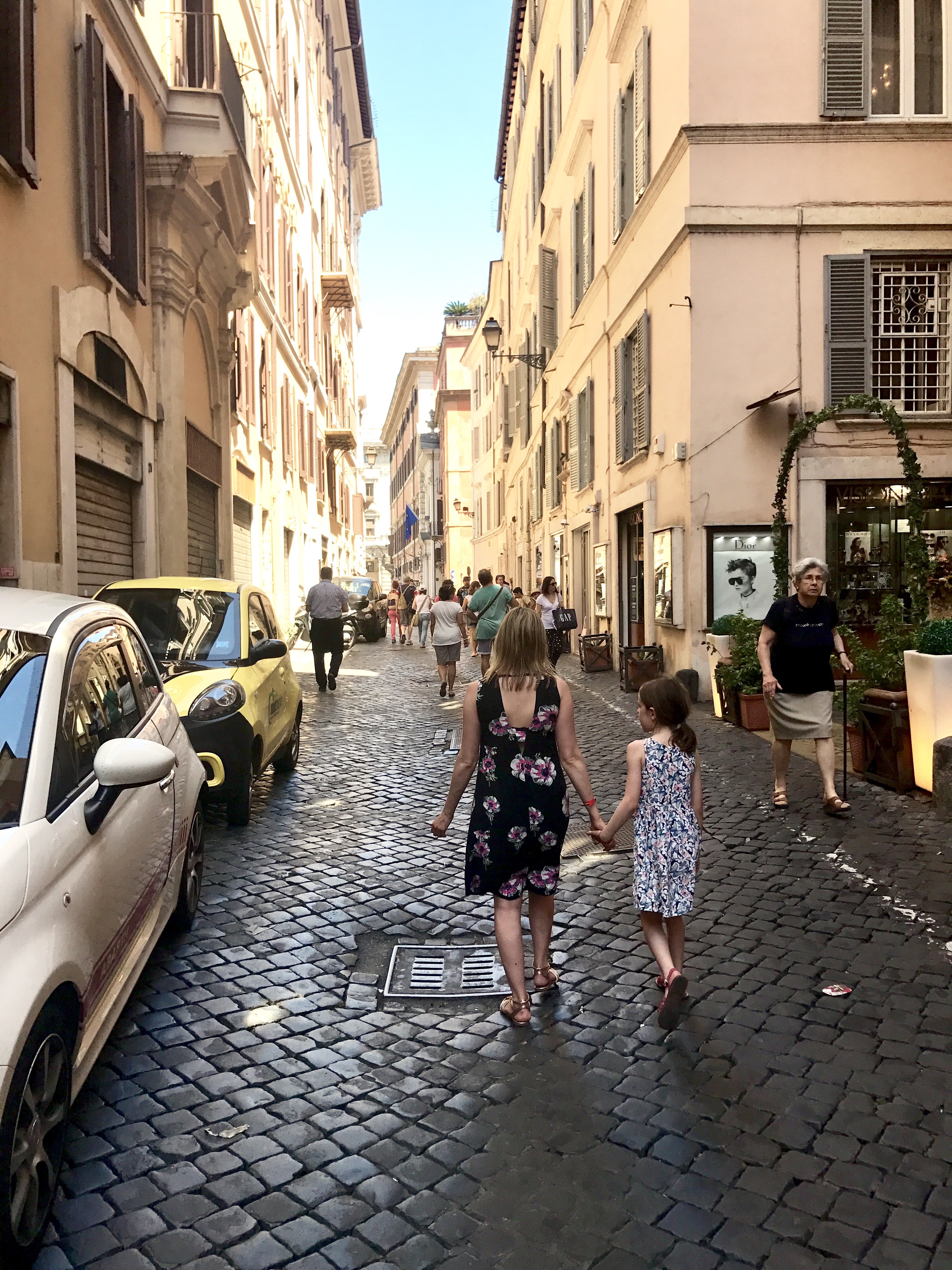 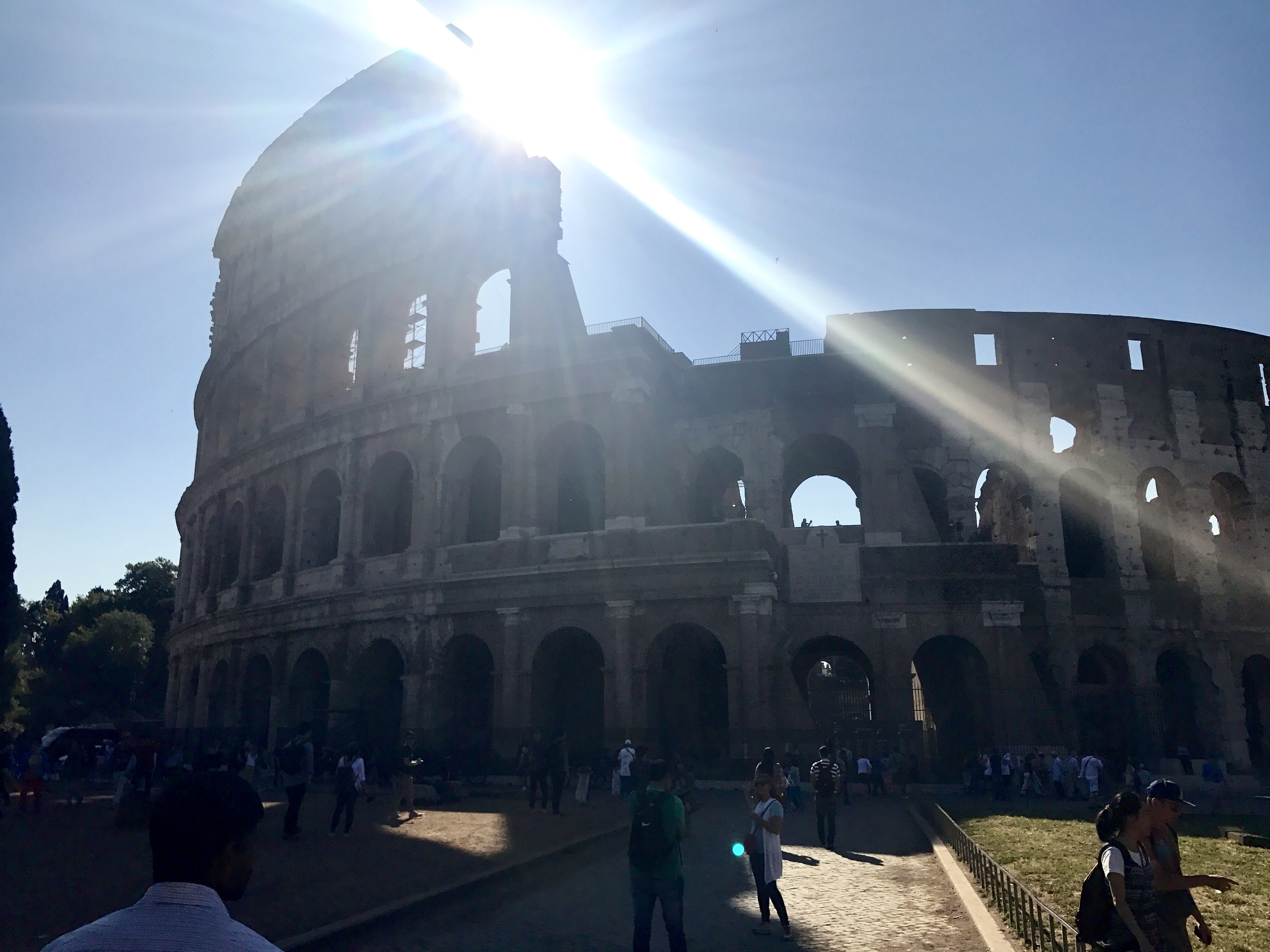 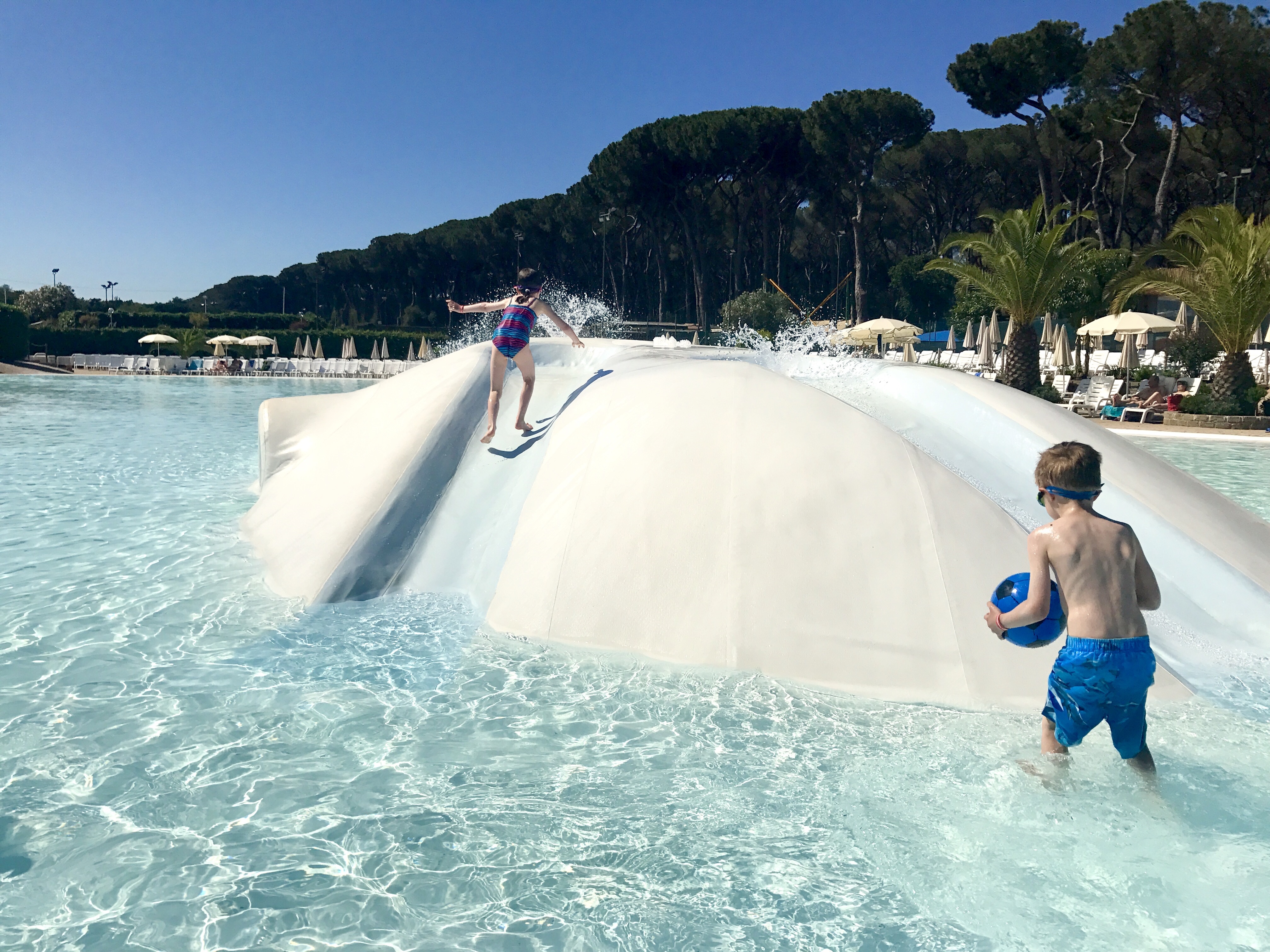 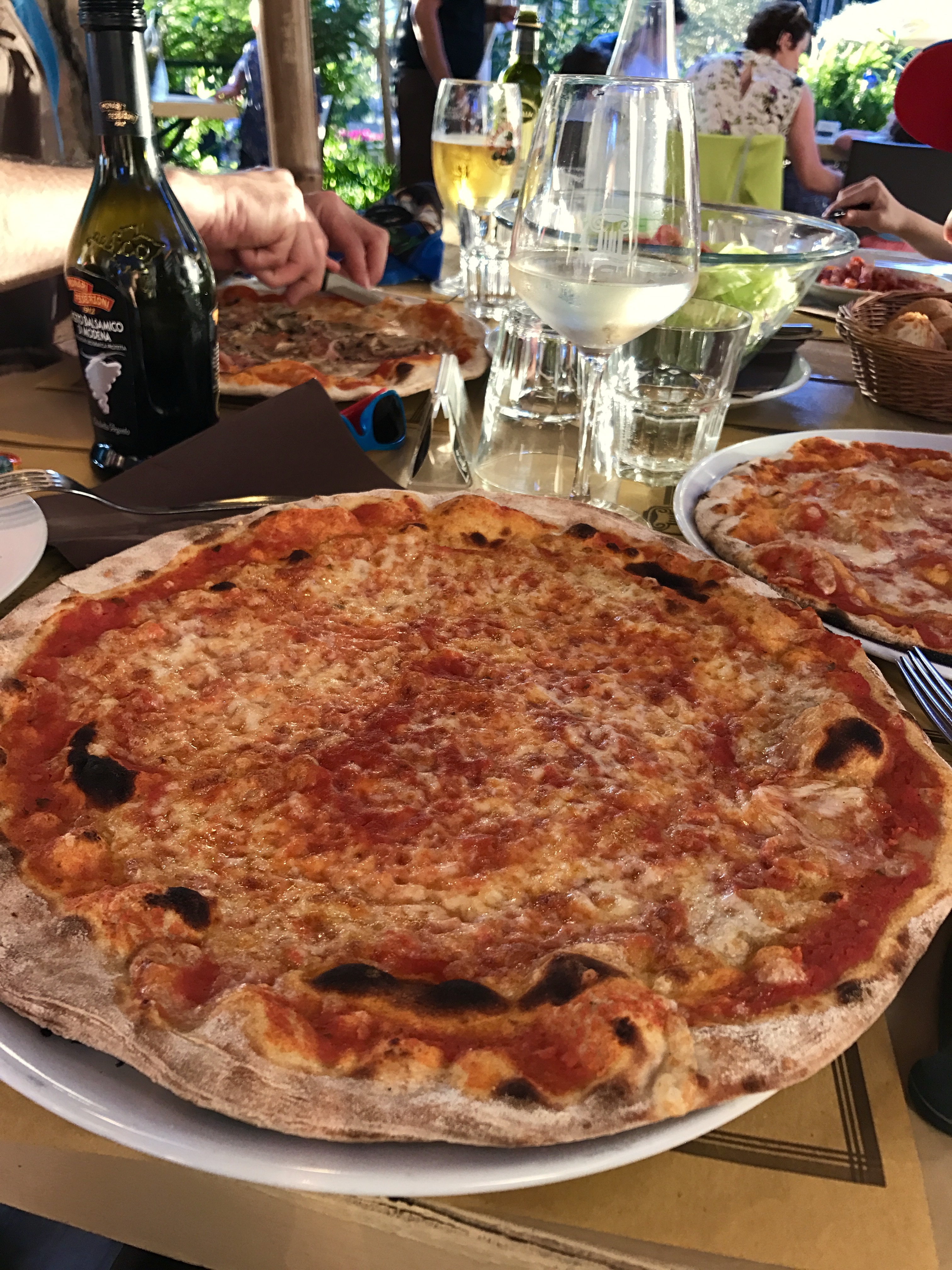 Before we knew it, our holiday was over. We booked the campsite shuttle bus back to Fiumicino, at a cost of €48 for the five of us. It is possible to do it by public transport as there’s a Metro line that runs directly into the airport, but with three kids and all our luggage, and a journey involving a bus and a few Metro changes, we decided the shuttle was money well spent.

Fiumicino is a much bigger and busier airport than Cardiff, with three terminals so it’s worth checking in advance where your flight company is based. Flybe is currently in terminal 3. I must admit, we found navigating three tired children and all our luggage piled on a trolley around the departure area a bit chaotic, but check-in was easy and stress-free and things were far easier once our suitcases were gone. 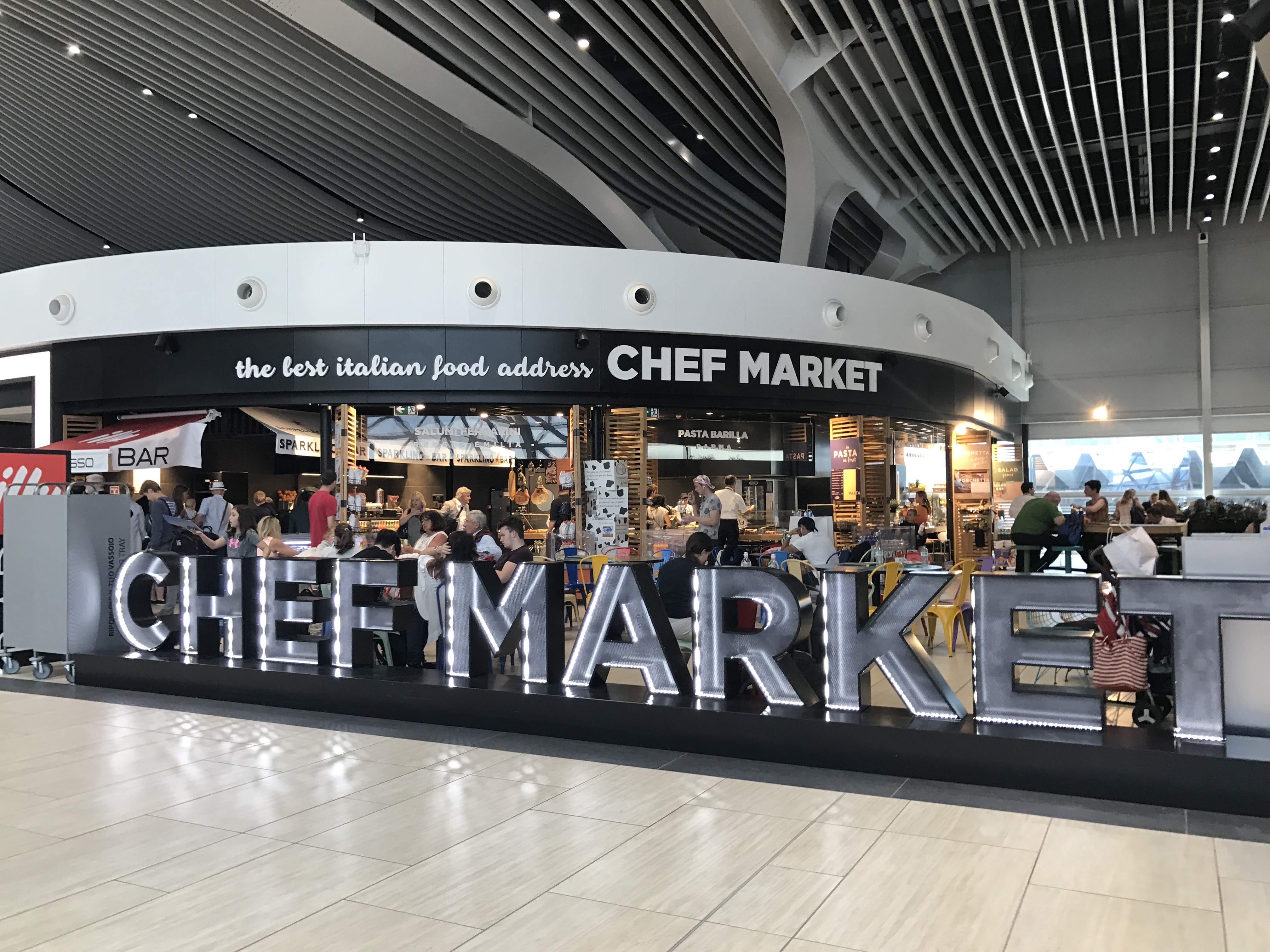 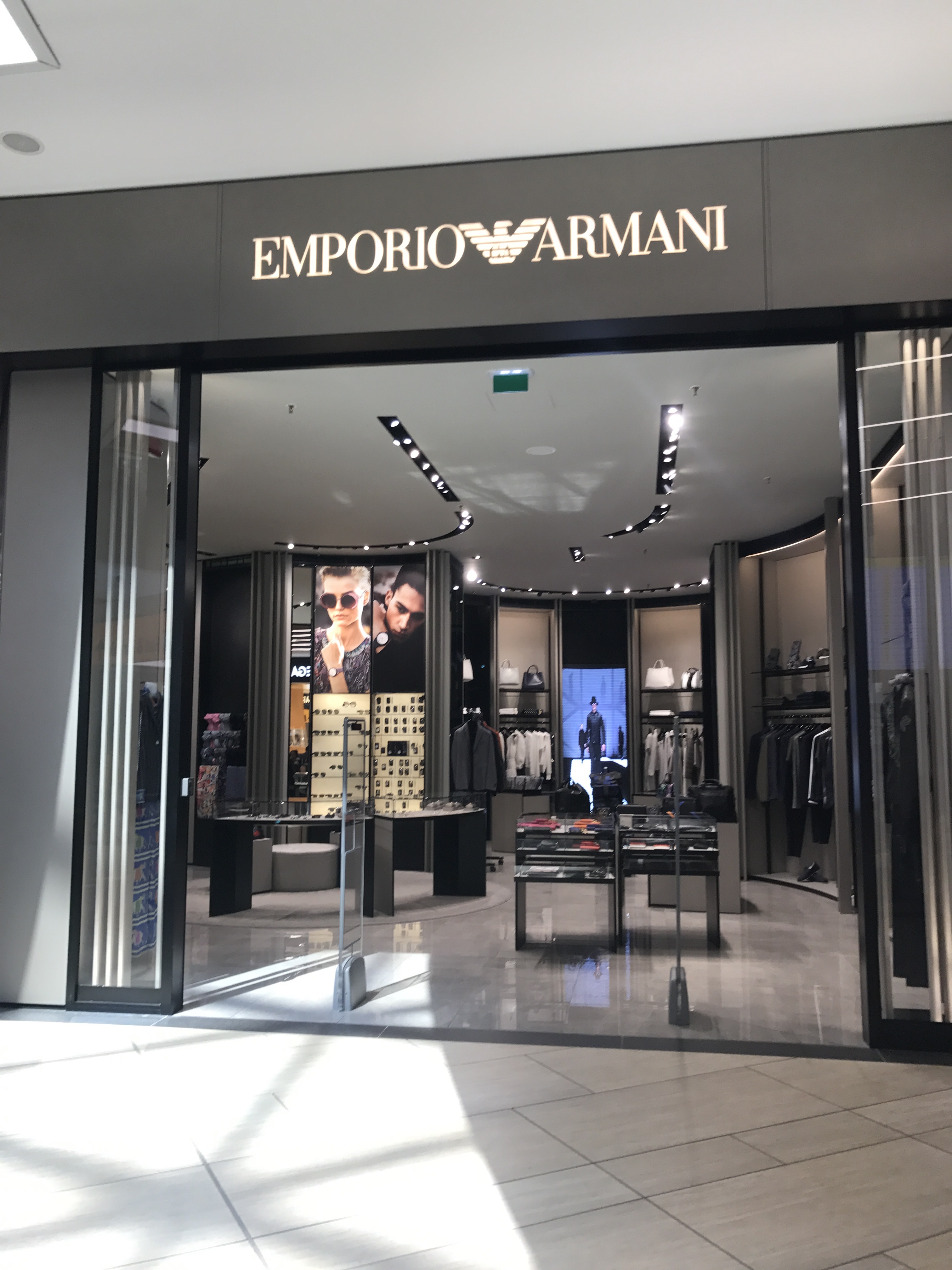 The departures area felt so luxurious, with a tempting selection of designer clothing stores and cosmetic counters, and wine bars and patisseries. I would have loved a proper browse if we hadn’t had the children with us. As it was, we found a spot in one of the coffee shops, ordered some drinks and waited until our flight was announced.

Again, the flight took off on time and the cabin staff were super friendly, although they did run out of veggie-friendly food by the time the cart got to us, which was a bit disappointing. Our flight was full of Juventus fans flying into Cardiff for the Champions League final – thankfully there was none of the rowdy behaviour you might have expected from travelling football fans. We had been hoping for a bit of singing but they were very reserved! 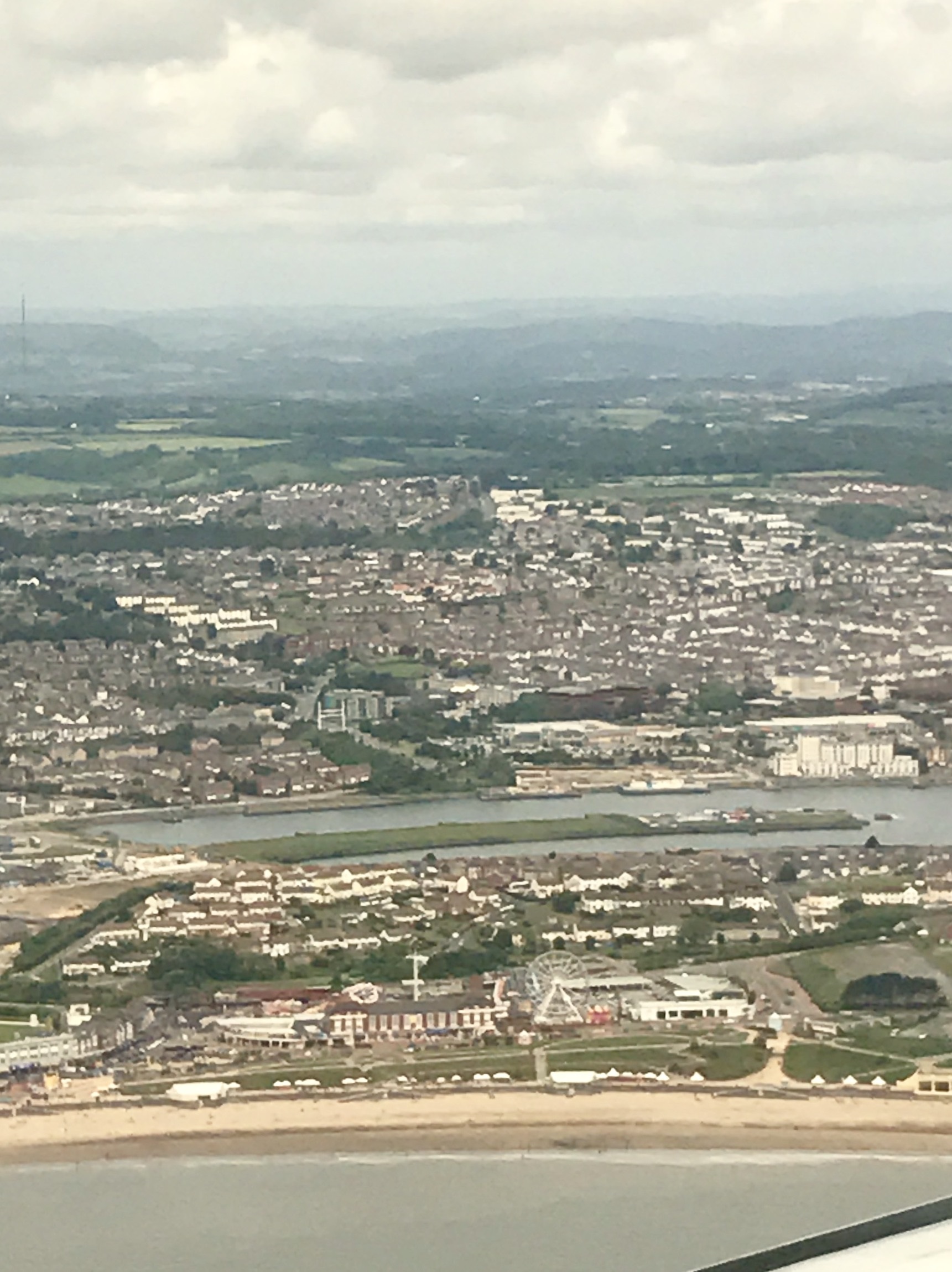 View from the skies of my hometown of Barry

We knew we were arriving into Cardiff on one of their busiest ever days, with more than 24,000 additional passengers flying through the national airport of Wales over the weekend, and were prepared for delays. However, we couldn’t believe how smoothly things were running. 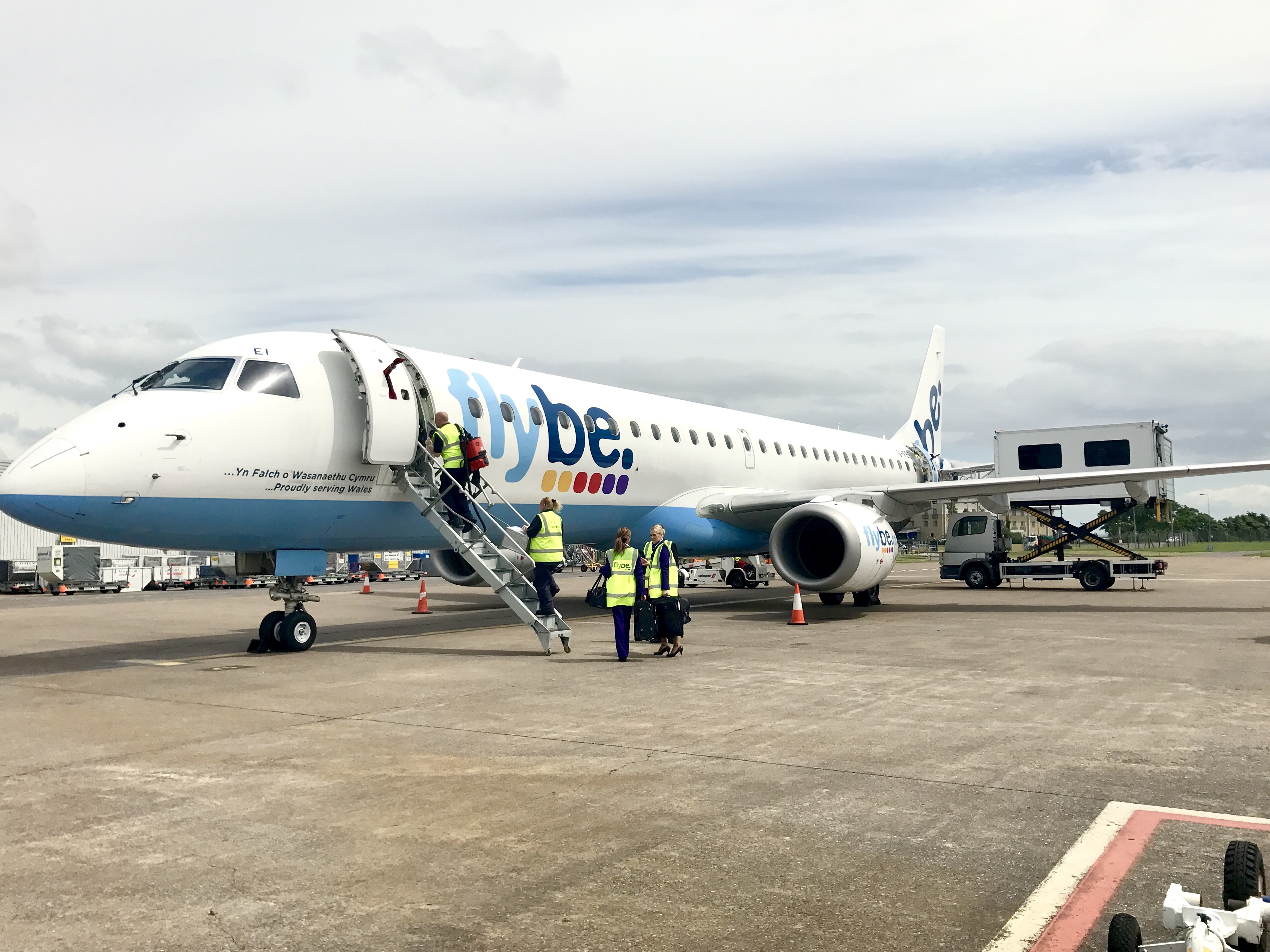 We got off the plane to be met by a member of staff apologising for the queues at passport control. “I’ve never seen it so busy,” she said. I asked how long we’d be waiting for expecting her to say an hour or two. “Twenty minutes,” she said apologetically. “Oh, that’s nothing at all,” we laughed! “We’ve waited a lot longer at other international airports.” 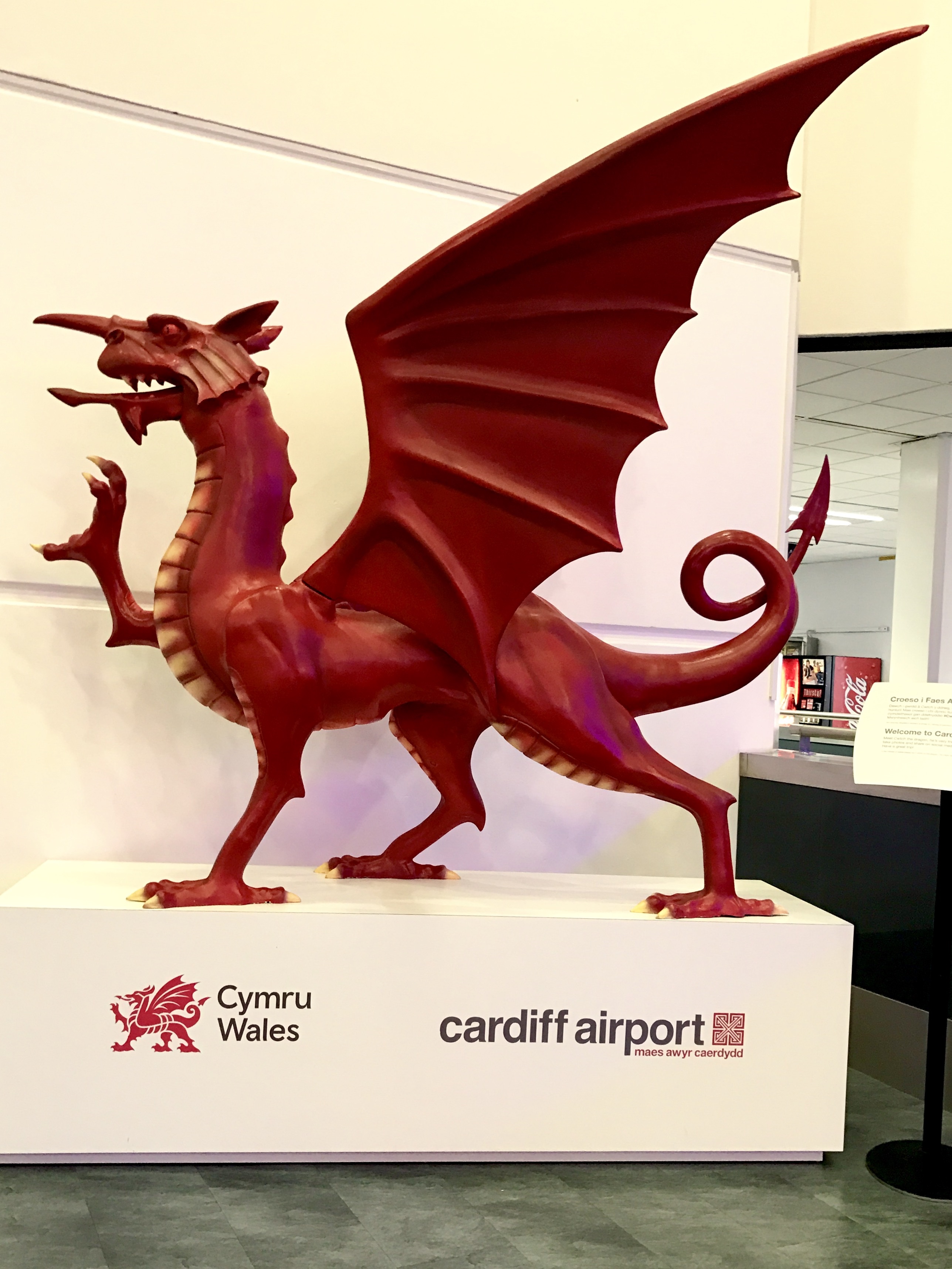 The lady checking our passports was super friendly and enthusiastic and made a real effort to ask the children if they enjoyed their holiday, and from there we picked up our bags. It was frustrating having to find a pound coin for the luggage trolley – I’ve never had that before! – but luckily there was one lurking in the bottom of my purse. From there, we left the terminal and it was a quick walk to our car… the reality that our holiday was properly over sinking in.

With Cardiff Airport flying to more than 50 direct routes and 900 connecting destinations, I guess it’s time to start planning our next trip!

Have you flown from Cardiff Airport recently? Or do you have any trips planned? Do let me know in the comments below, on the Cardiff Mummy Says Facebook page or you can tweet me on @cardiffmummy

8 Comments to Hassle free holidays! Cardiff to Rome with Cardiff Airport and Flybe