books, books for children, children's book of the week

Duck in the Truck was one of the first picture books I bought after Little Miss E was born. She’s the eldest of my three children and now 5.5 years old – and this book, which I picked up in a charity shop when she was just a few weeks old, is still a favourite in our house after all these years.

First published in 1999, it tells the tale of Duck, whose truck gets “stuck in the muck” after hitting a rock. His friends, Frog, Sheep and Goat try to help in a humorous adventure that you know isn’t going to end well. 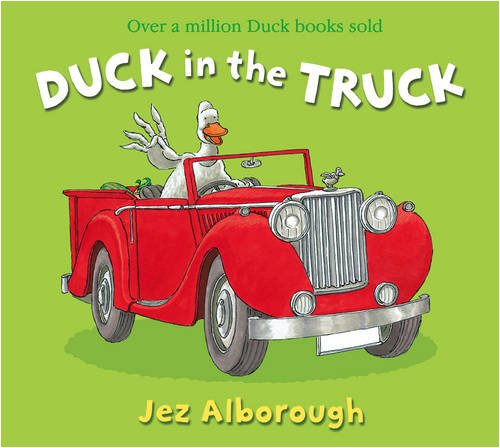 The story is a simple one, with only a few words per page, but Jez Alborough’s rhythmic prose is fast-paced and engaging, the rhyming is fun and natural, and the images are bright, bold and colourful.

I love reading this book out loud, because it sounds so great, with key rhyming sounds bringing the words to life. For example, early on in the book, “This is the rock stuck by the truck / and this is the muck / where the truck becomes stuck”. The sounds are memorable and fun, and you’ll soon find toddlers joining in. It’s also a great and subtle way to introduce key sounds and phonics to older children and way more enjoyable than some of the classic learn-to-read texts.

Duck in the Truck is the first of nine books in the Duck series, which incidentally has seen more than 1.2 million copies sold. We also own Fix-It Duck, which I never tire of reading, and have borrowed three or four more from the library. 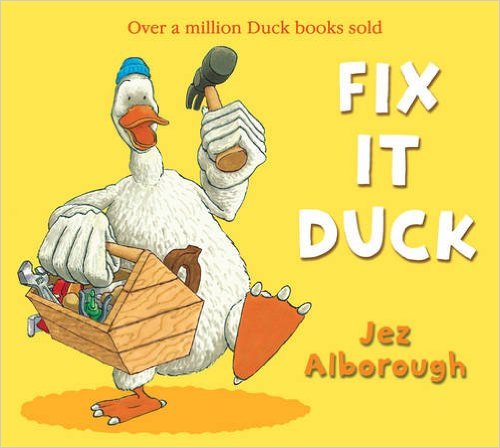 As well as the Duck in the Truck books, we’re also big fans of Alborough’s Hug, which I wrote about here, and his Eddie and The Bear series, a trio of books which have sold 4.5 million copies worldwide. Where’s My Teddy?,  It’s The Bear, and My Friend Bear follow a young boy called Eddie, who meets a bear in the woods and slowly fear makes way for friendship. The books form a lovely trilogy where the story progresses between the books, but they can just as easily be enjoyed separately.

Have your children read any of Jez Alborough’s picture story books? What did you think? Let me know either in the comments below, on the Cardiff Mummy Says Facebook page or by tweeting me on @cardiffmummy