I grew up a stone’s throw from Porthkerry Country Park in Barry. I have so many childhood memories of this place – walking through the woods, running around the fields for hours on end, skimming pebbles into the sea, watching the trains journeying over the 16-arch viaduct and the planes flying low overhead on their way to the nearby airport in Rhoose.

Even now, we have an annual extended family get together at Porthkerry each summer. It’s a special place to me – but having lived in Cardiff for the last 12 years or so, I’m amazed by how many of my friends have never even heard of Porthkerry, let alone visited, despite it being just a 40-minute drive away.

It is such a fantastic place for a family day trip, and brilliant for get-togethers with big groups of people. And, even better, it’s free too. If you’ve never been, I really recommend putting it at the top of your list of places to go. 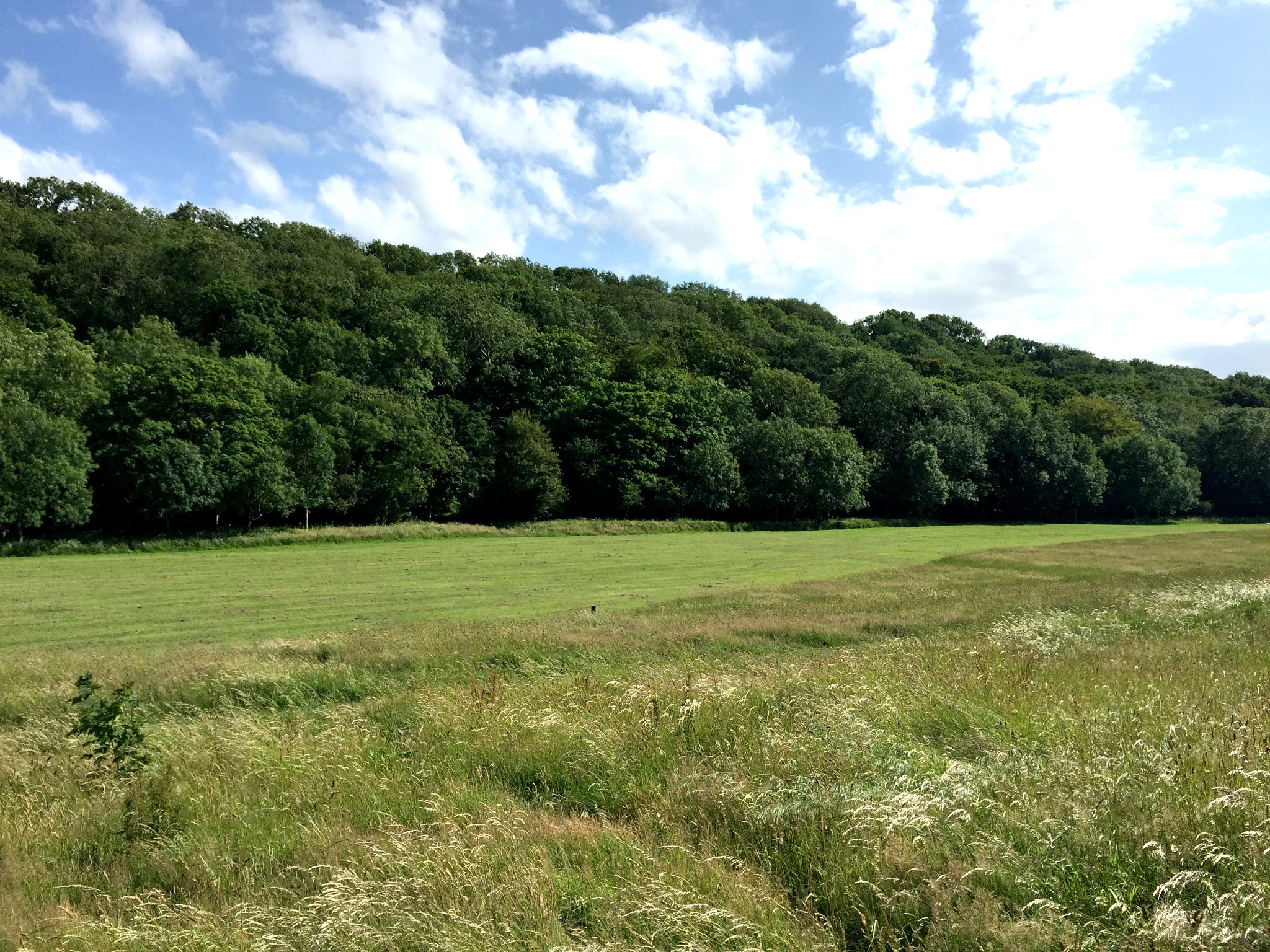 Porthkerry is 220 acres of woodland and meadows, which lead to a pebble beach and cliffs. There’s a 12-hole pitch and putt golf course nestled between the beach and the viaduct, barbecues to hire, a wooden adventure playground, and a shop and café. 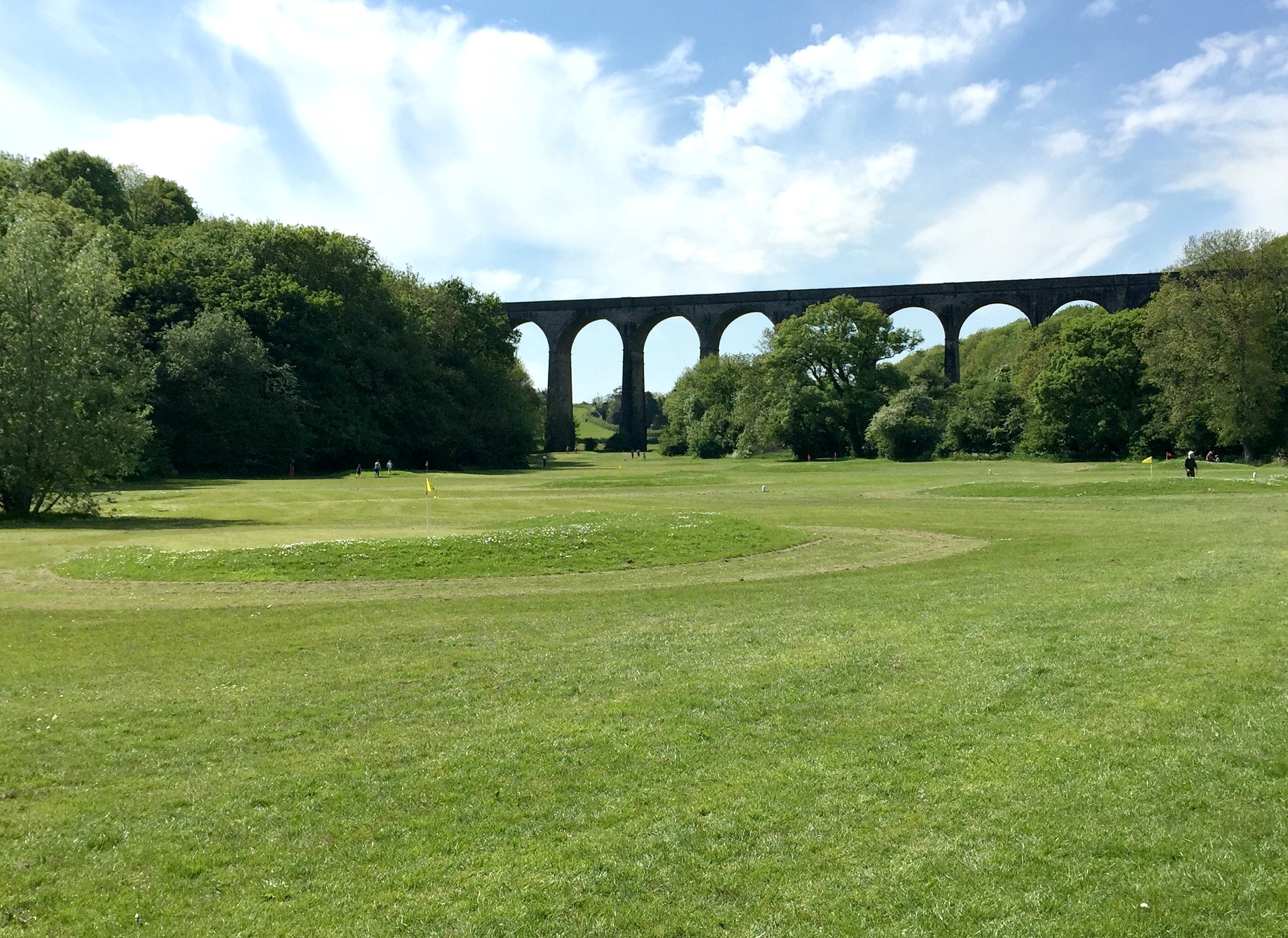 For me though, the best thing about Porthkerry is exploring the surroundings however you see fit – and you can guarantee you will discover something different every time you visit.

We were there over the weekend and my children and their friends spent an hour in the woods running up an embankment and sliding down on their bottoms. Yes, they and their clothes were filthy, but they were having such an amazing time, shrieking with laughter, and it’s nothing a good wash didn’t remedy.

We discovered a rope swing hanging from one of the trees and spent time playing on that, as well as a den that had been built from sticks and branches. They collected sticks, played King of the Castle on a large tree stump, and had a game of hide and seek among the trees. 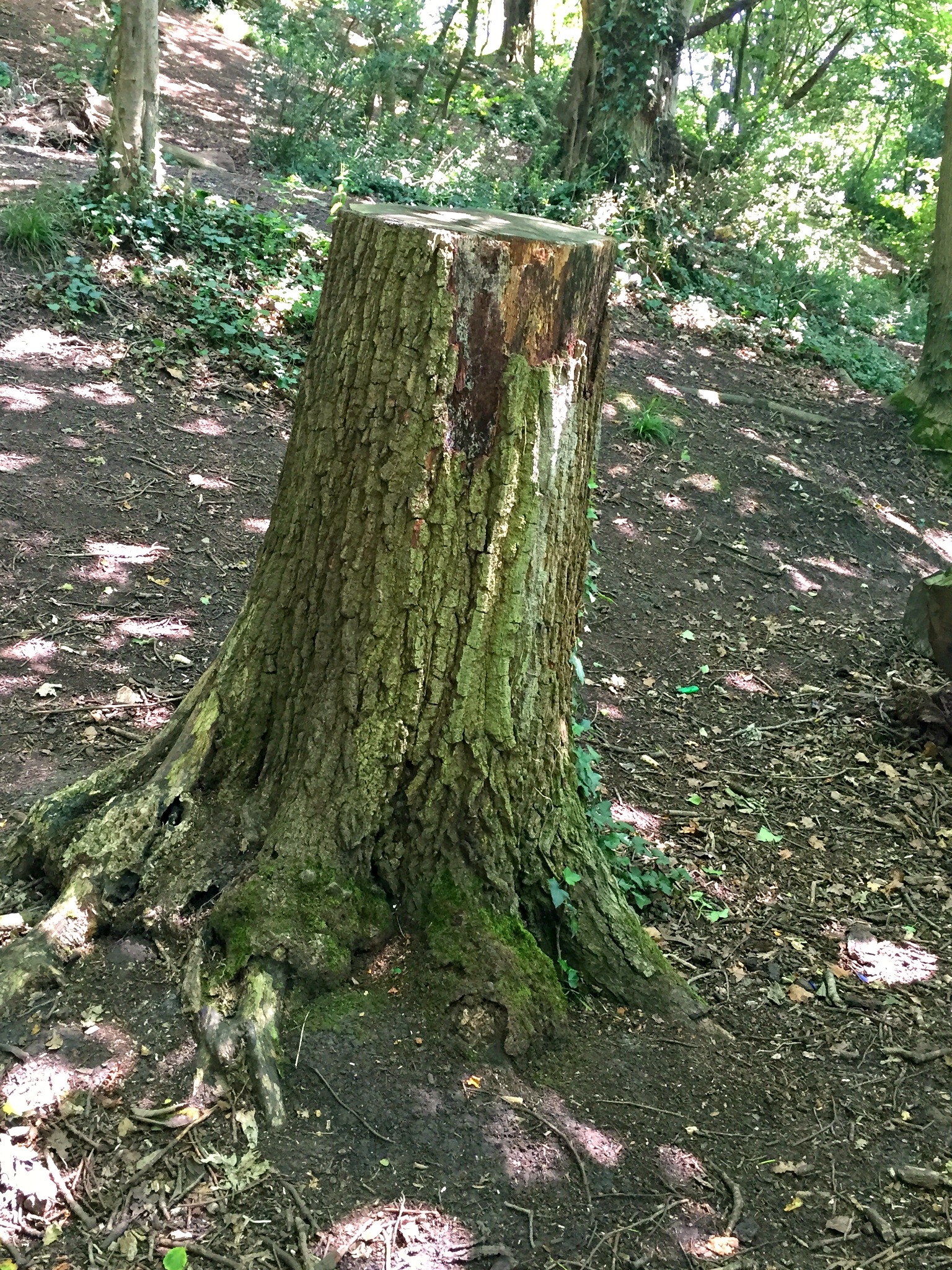 The previous time we visited in May was peak tadpole season and we had fun spotting them in the small ponds and streams dotted around. I remember doing this as a child, so it’s lovely to be able to share the experience with my own children. 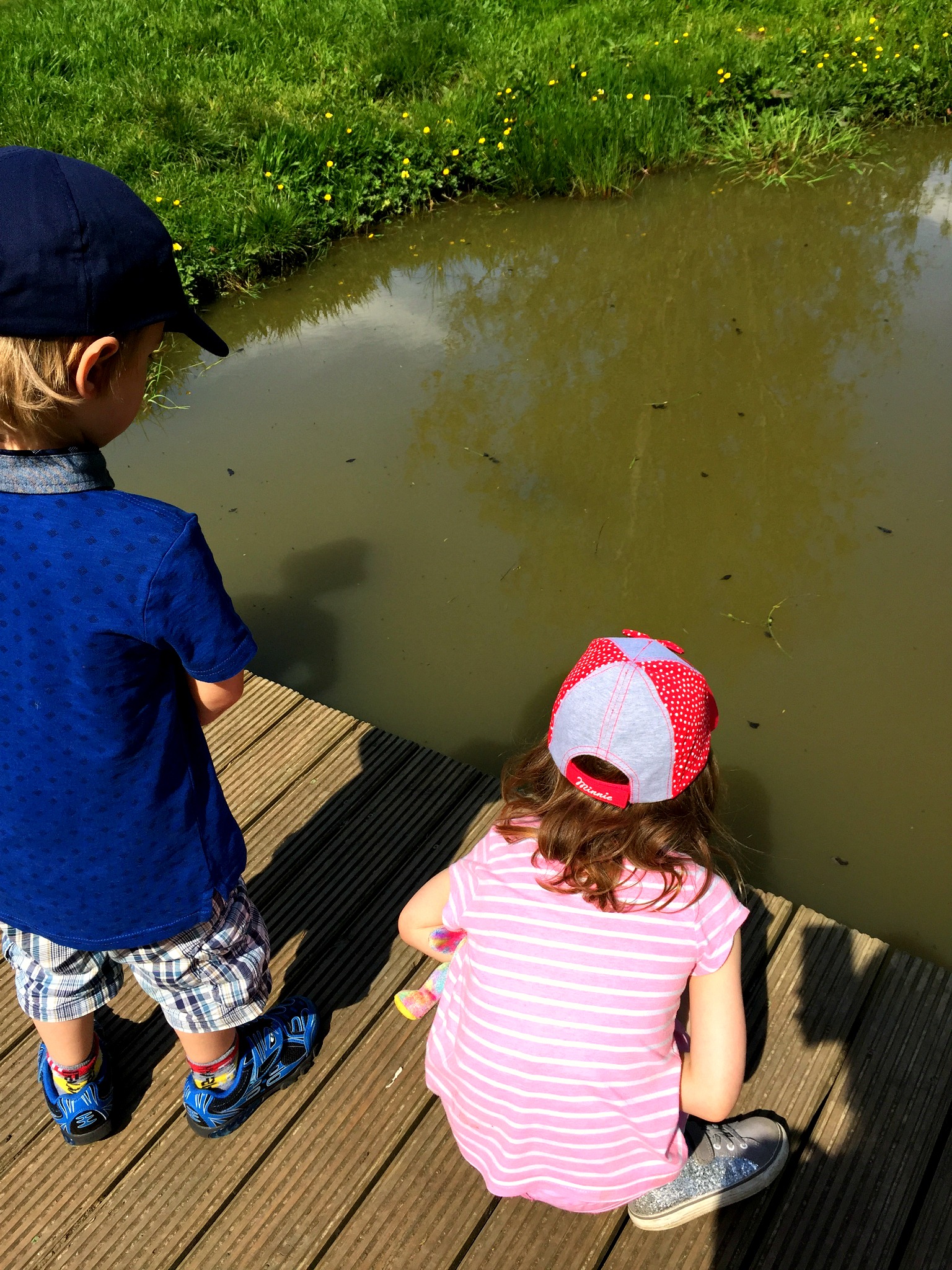 We also played frisbee, kicked a ball around, picnicked in the sunshine… and had an ice cream at the café.

The pebble beach is ruggedly beautiful and such a contrast to Barry’s most famous beach, Whitmore Bay on Barry Island, the sandy beach that is the focal point of the seaside resort. 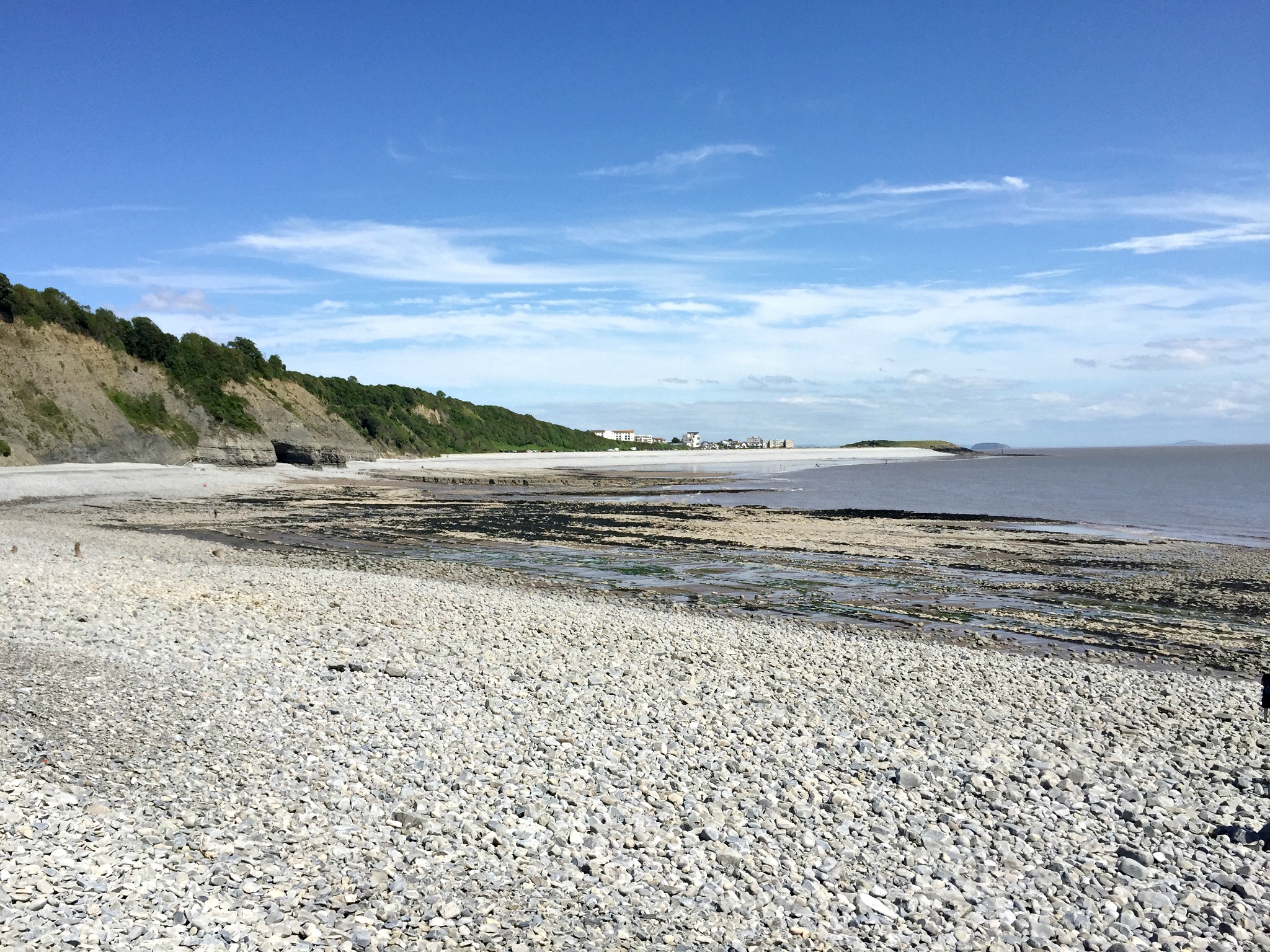 At Porthkerry, there are pebbles of all sizes to climb over, crabs and sea anemones to spot in the many rock pools formed when the tide goes out, fossils to find, and pebbles to skim into the sea. 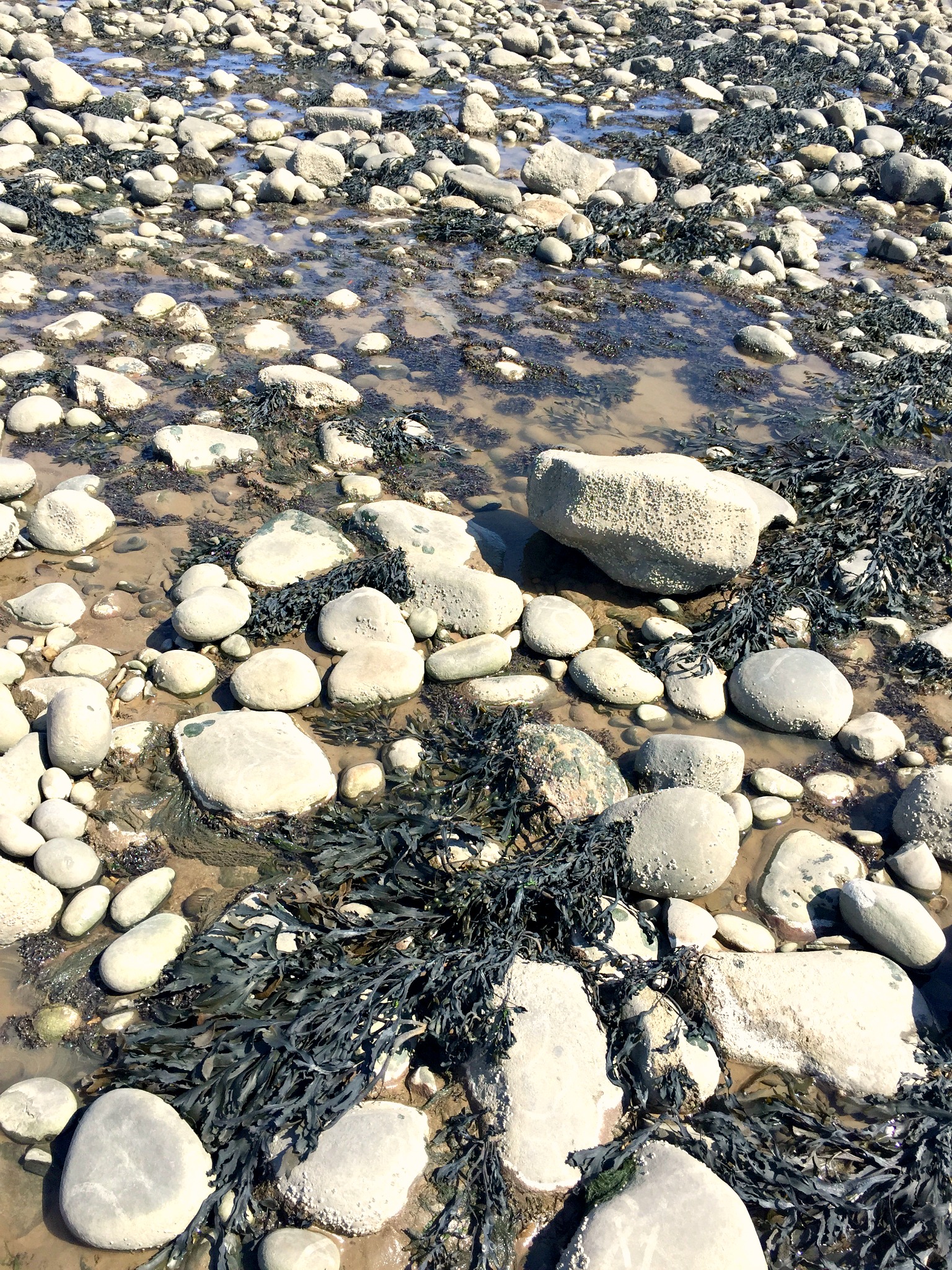 When the tide is out, you can easily walk across from Porthkerry to The Knap (although be careful as if the tide comes in, you could get stranded).

My children also love the wooden adventure playground, which fits in really well with its surroundings. It could do with a bit more for toddlers, but the climbing frame with its large slide, fireman’s pole and monkey bars is great fun. 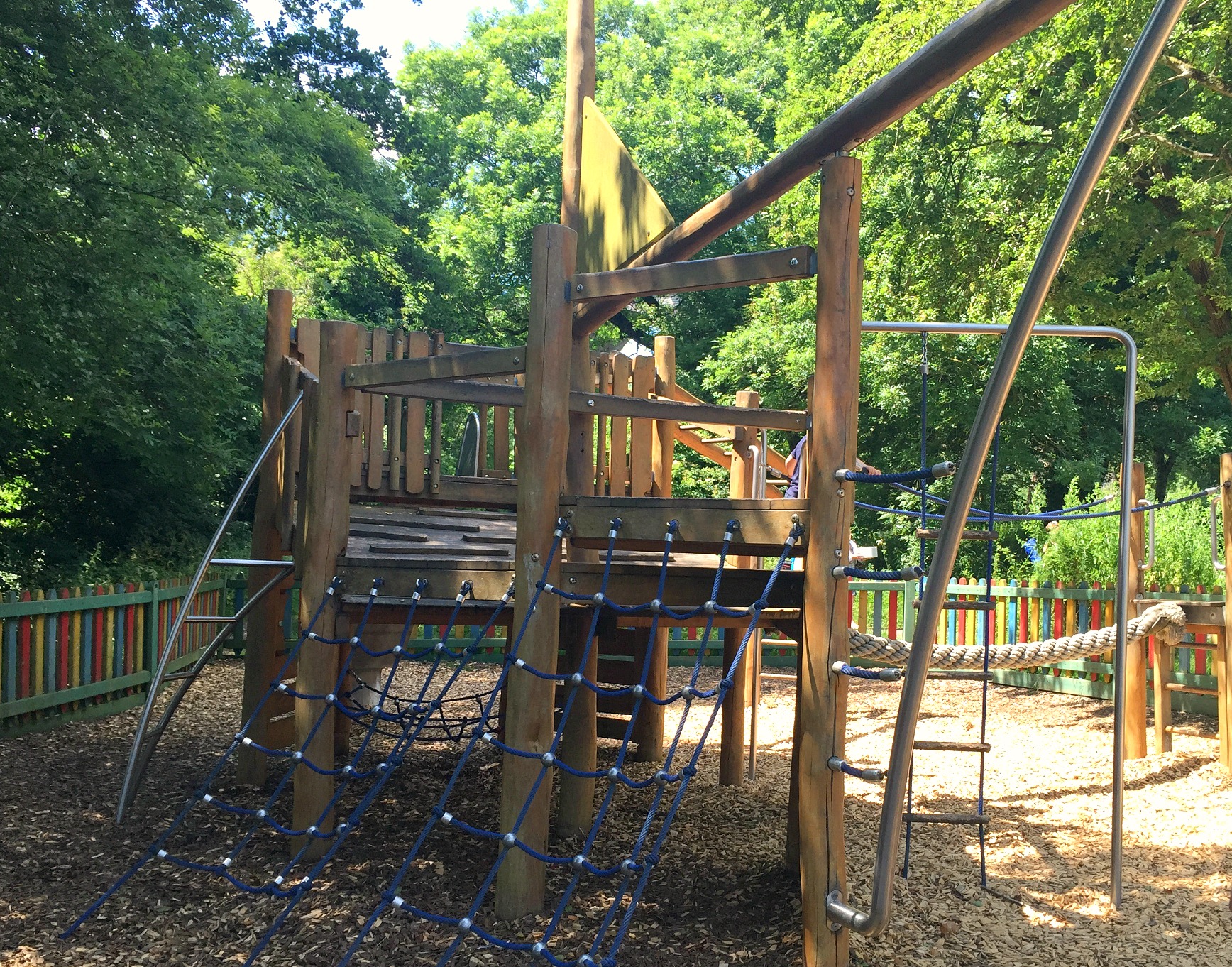 I’m fascinated by the history of Porthkerry. It has been a farm, woodland and meadowland since medieval times, and remains exist of a medieval corn mill from the 13th century. The park is run by the Vale of Glamorgan Council now, but it was previously owned by the famous Romilly family. They owned a lot of Barry and there are streets, parks and a school named after them. The park also played a role in the preparations for the invasion of Normandy in the Second World War, with British and American troops building anti-invasion defences along the shoreline.

Growing up in Barry, I probably took Porthkerry for granted as it was one of those places I went to so often you forget that not everyone has such a beautiful place on their doorstep. Now I have my own children, I am aware more than ever of what an incredible place it is. Being a country park on the coastline makes it unusual; it’s a vast stretch of greenness and open air that can be enjoyed by people of all ages and somewhere I’ll never get bored of visiting.

Porthkerry Country Park is open all year round and entry is free. There are two car parks – which is free most of the time, apart from Sundays and bank holiday Mondays from Easter until the end of September, when it will cost you £2.50. Toilet facilities are available, and it’s mostly accessible for buggies and wheelchairs, although you may struggle in certain areas.

For more information, see the Vale of Glamorgan website.

Have you been to Porthkerry? What did you enjoy most? Are you thinking of visiting? I’d love to know what you think in the comments below, on the Cardiff Mummy Says Facebook page or you can tweet me on @cardiffmummy

You can read more recommendations of local days out in the Cardiff section of my blog. If you like this post, you might also like this one on 13 fantastic – and free – places in and around Cardiff to go for a picnic.