When I asked my daughter what she wanted for her ninth birthday her reply was an unequivocal “lots of books”. She has such a love of reading and constantly has her nose in one book or another and is always thrilled at any opportunity to add to her growing literary collection.

Current favourites include anything and everything by Jacqueline Wilson, David Walliams, Enid Blyton and Roald Dahl, all of whose books she re-reads continually. She adores Jill Murphy’s Worst Witch collection and also enjoys Rachel Renee Russell’s The Dork Diaries and Jeff Kinney’s Diary of a Wimpy Kid series. She’s in a Welsh medium school and favourites in Welsh include the Na! Nel series by Meleri Wyn James and Mererid Hopwood’s Miss Prydderch series.

As much as I encourage her to indulge her love of contemporary children’s fiction, I’ve also been keen to introduce her to children’s classics – including some of my own childhood favourites. She’s read Charlotte’s Web by EB White dozens of times as well as several of Dick King Smith’s books, Five Children and It by E Nesbit and Mary Norton’s The Borrowers among others.

So when Wordsworth Editions got in touch to let me know they had just released 12 timeless children’s classics as hardback collector’s editions I knew instantly that they would make the perfect gift for my book-loving girl. I was delighted to be sent them in return for featuring here on my blog. 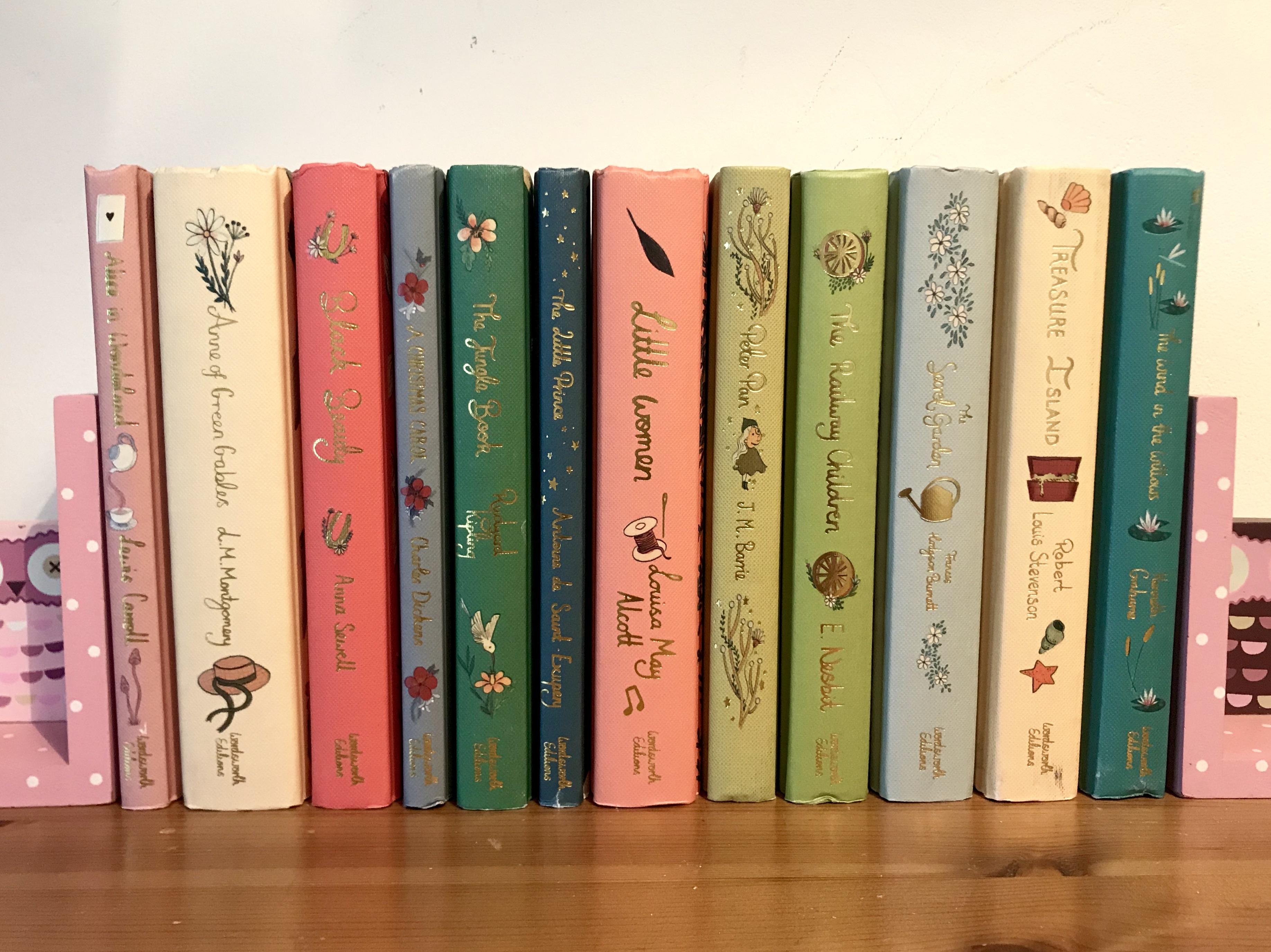 The collection includes the following books each priced at £6.99.

Hertfordshire-based family business Wordsworth Editions shook up the book publishing world in the early 1990s, when they launched their range of paperback Classics, priced at just £1 each. With these children’s classics it seems they’ve captured the public’s imagination again with the affordable keepsake books already proving popular in the run-up to Christmas.

I could see from the photos that the books were beautifully bound in different colours and with attractive cover illustrations. But when they arrived I was thrilled to see what good quality they were. The cloth-bound covers are embossed with gold writing and inside are thick pages with well-spaced text. The back cover features a simple illustration and classic quote from each book. 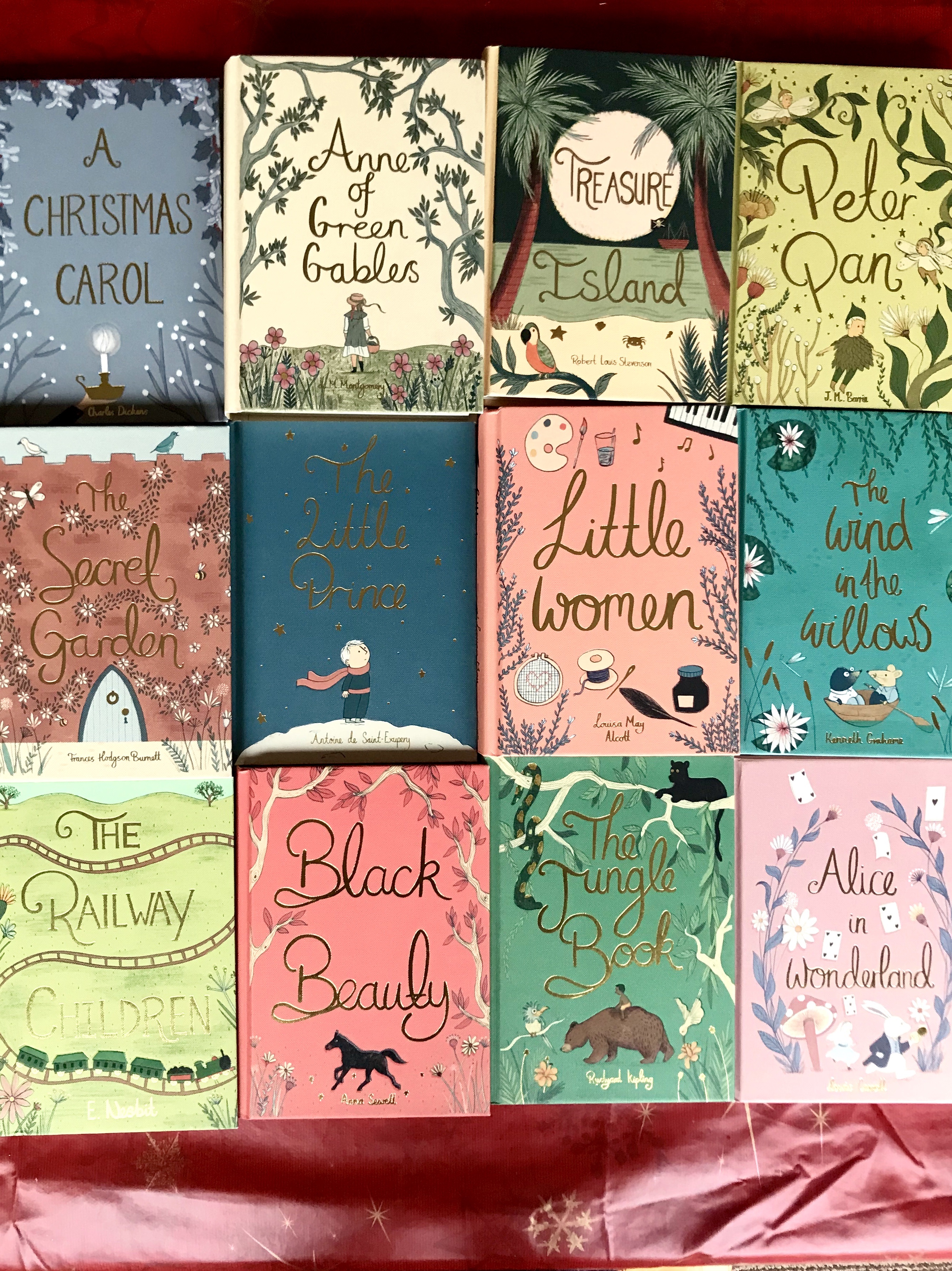 Each individual book would make a treasured gift in its own right – perfect for a child’s birthday, Christmas or christening inscribed with a special message from the giver. But seeing the collection together is utterly wonderful.

My daughter was thrilled when she opened the box on her birthday and saw so many books. She dived straight into Alice in Wonderland, no doubt prompted by the fantastic stage adaptation we saw at Cardiff’s Sherman Theatre recently and has said she can’t wait to start The Railway Children, having previously read an abridged version for younger children. I’m sure it won’t take her long to devour them all, although I’m hoping that now she is nine she’ll still let me read with her so I can rediscover these absolute classics alongside her. 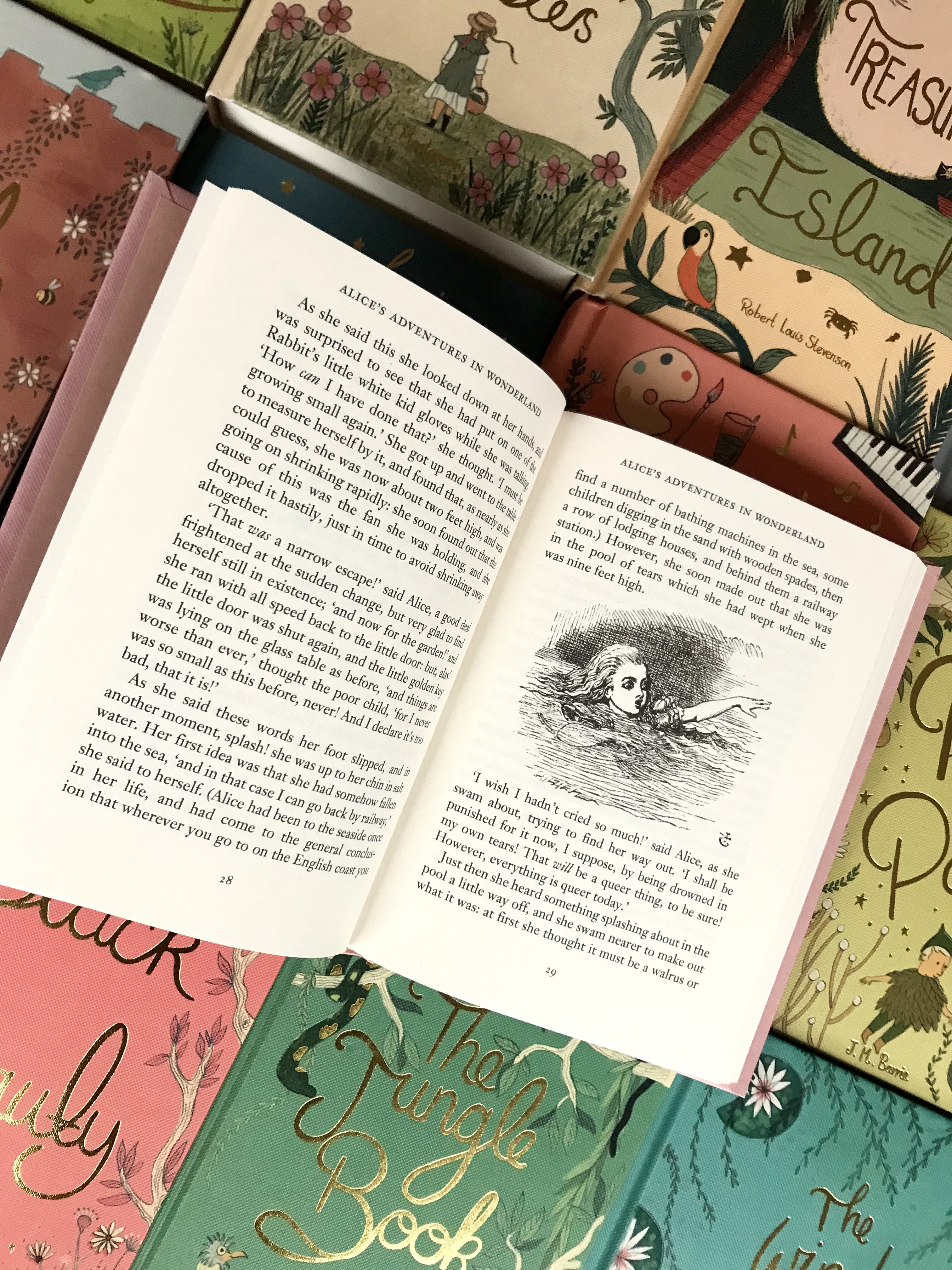 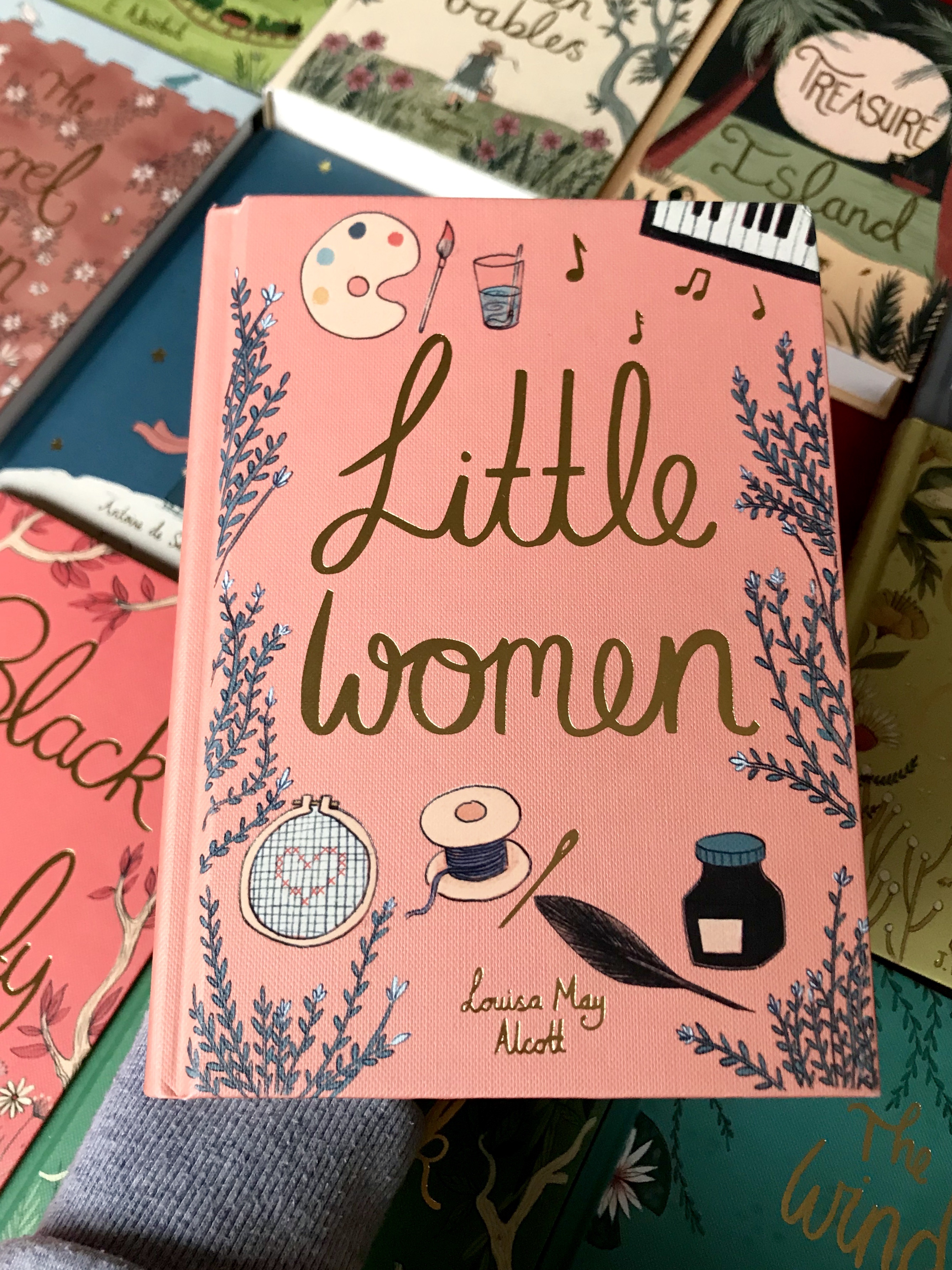 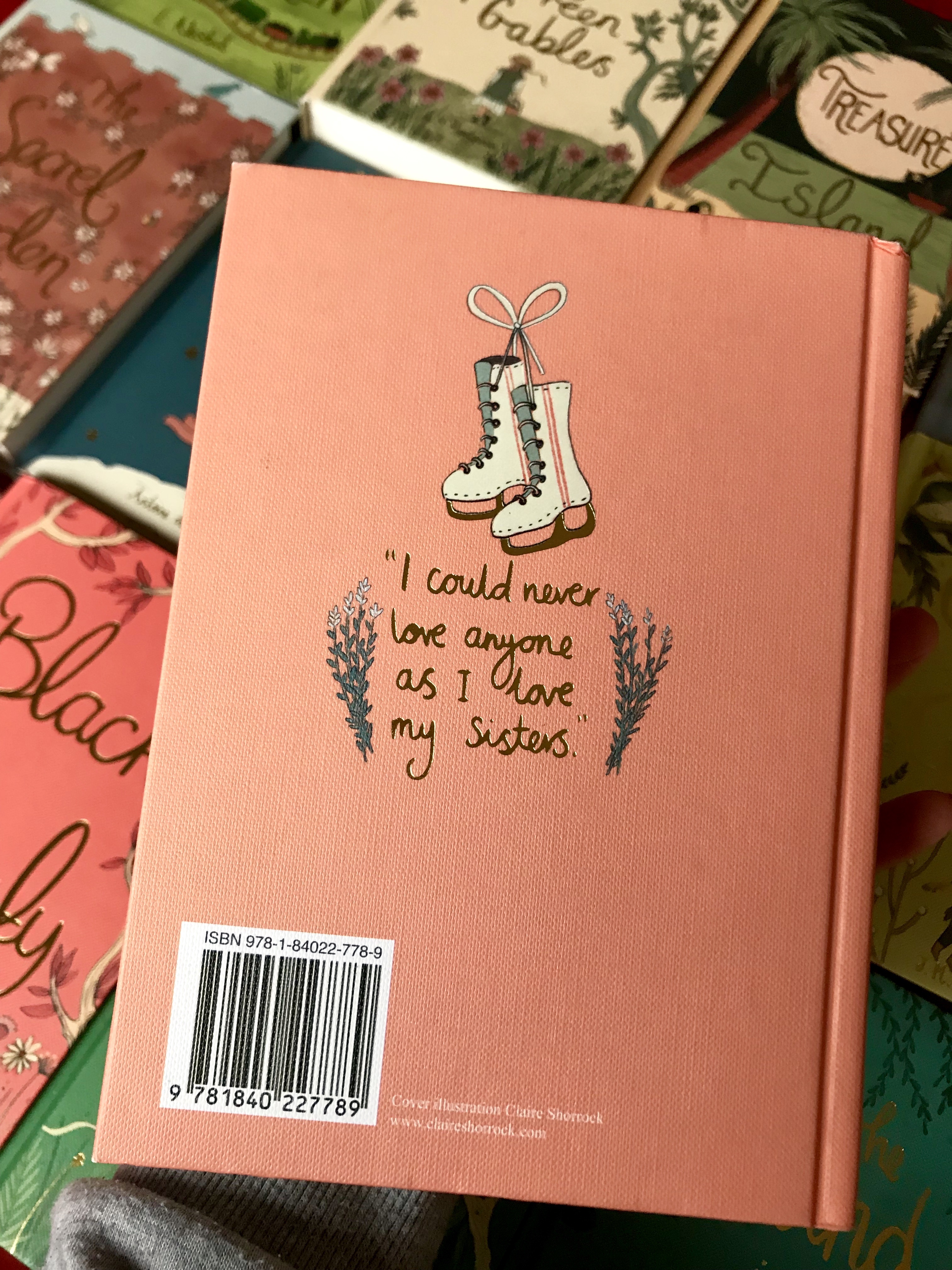 The Wordsworth Editions Collections Editions look so beautiful lined up together on my daughter’s book shelf and are robust enough to survive constant re-reading.

And maybe one day my little girl will be sharing the classic stories found inside these wonderful books with her own children.

Buy them on Amazon below. The following links are affiliate links meaning I will receive a small commission at no extra cost to you if you purchase through this link.