We’ve just got back from an amazing week-long family holiday in North Devon. Other than one day of rain, we were lucky with the weather so were able to make the most of visiting local beaches and attractions.

One of our best day trips was to The Big Sheep – one of the region’s most famous family attractions and recipient of numerous tourism awards. We arrived when it opened at 10am, stayed until 4pm and had a packed day that was so much fun my children haven’t stopped talking about it.

As well as plenty of farm animals to see, pet and feed, The Big Sheep has tractor and mini-train rides, pony rides, fairground rides, a large indoor soft play area, giant inflatable pillows to bounce on, a miniature piggy pull-along tractor ride… and so much more besides. 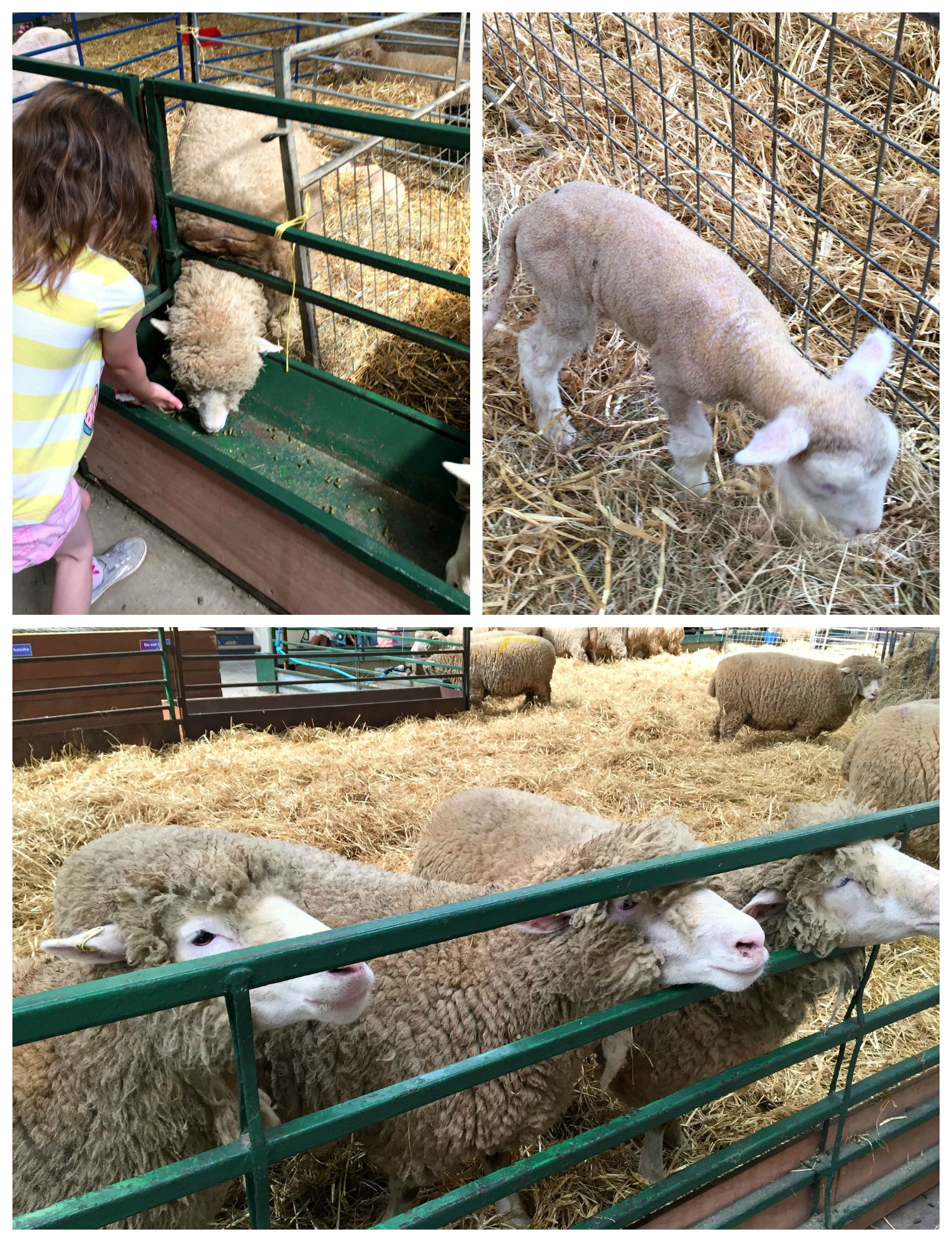 There’s also a full programme of shows and events throughout the day (although not all events run all year) – and the ones we saw were brilliant.

I especially liked The Sheep Show, where we were introduced to 10 different breeds. Each sheep enters the stage to its own theme song (for example, Sex Bomb by Tom Jones for the Welsh Mountain Sheep; Three Little Birds by Bob Marley for the Devon Longwool Sheep, called Bob Marley on account of his long wool that looks like dreadlocks). The show was really informative but also great fun too, and the host, John, had a fantastic rapport with the audience, with plenty of humour and even a few jokes for the adults that went well over the children’s heads. 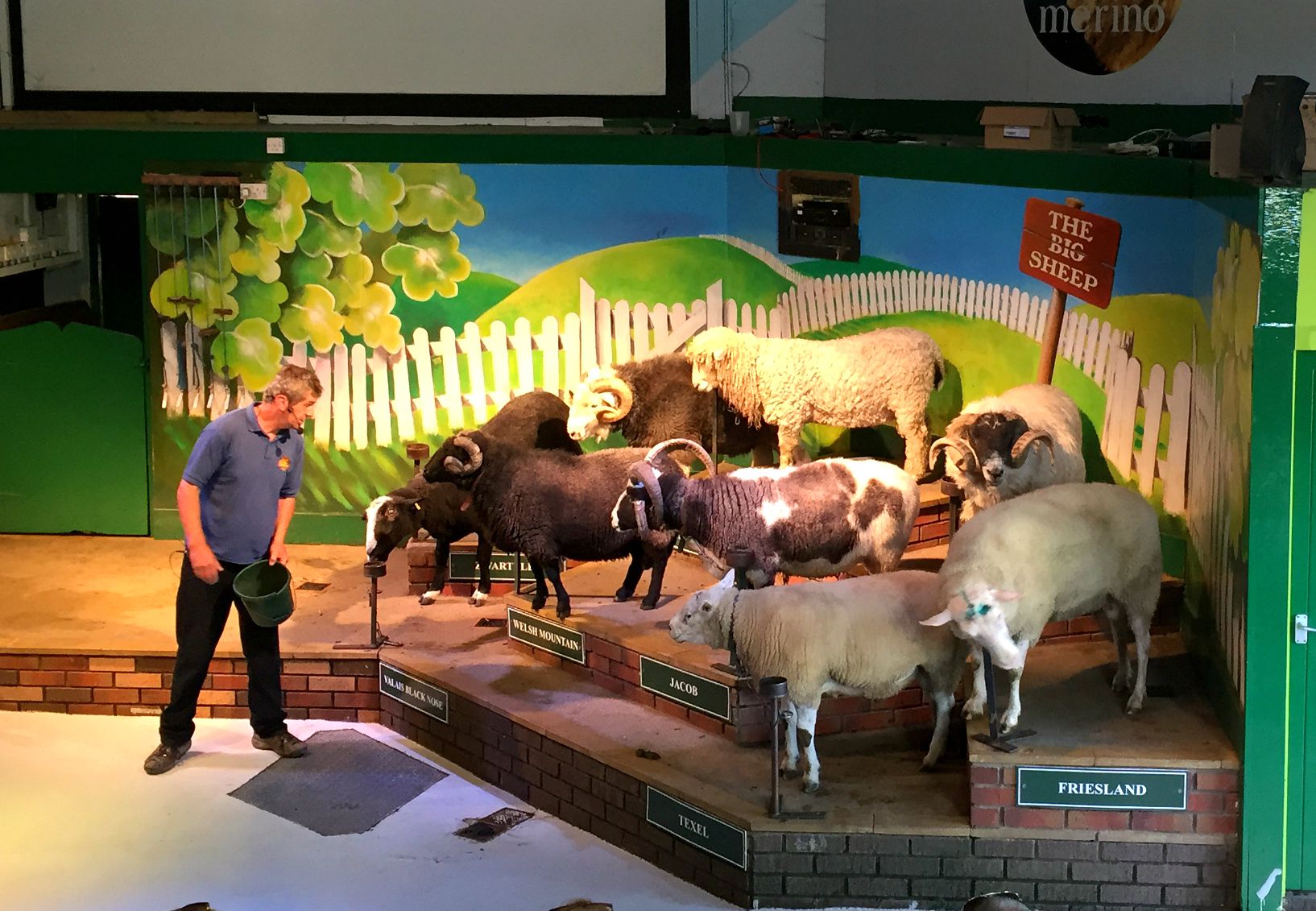 The duck trials were good fun too. Here, a sheepdog-in-training called Blue (because of the colour of his eyes), was practising his sheep-herding skills on six African running ducks, encouraging them to make their way through various obstacles. 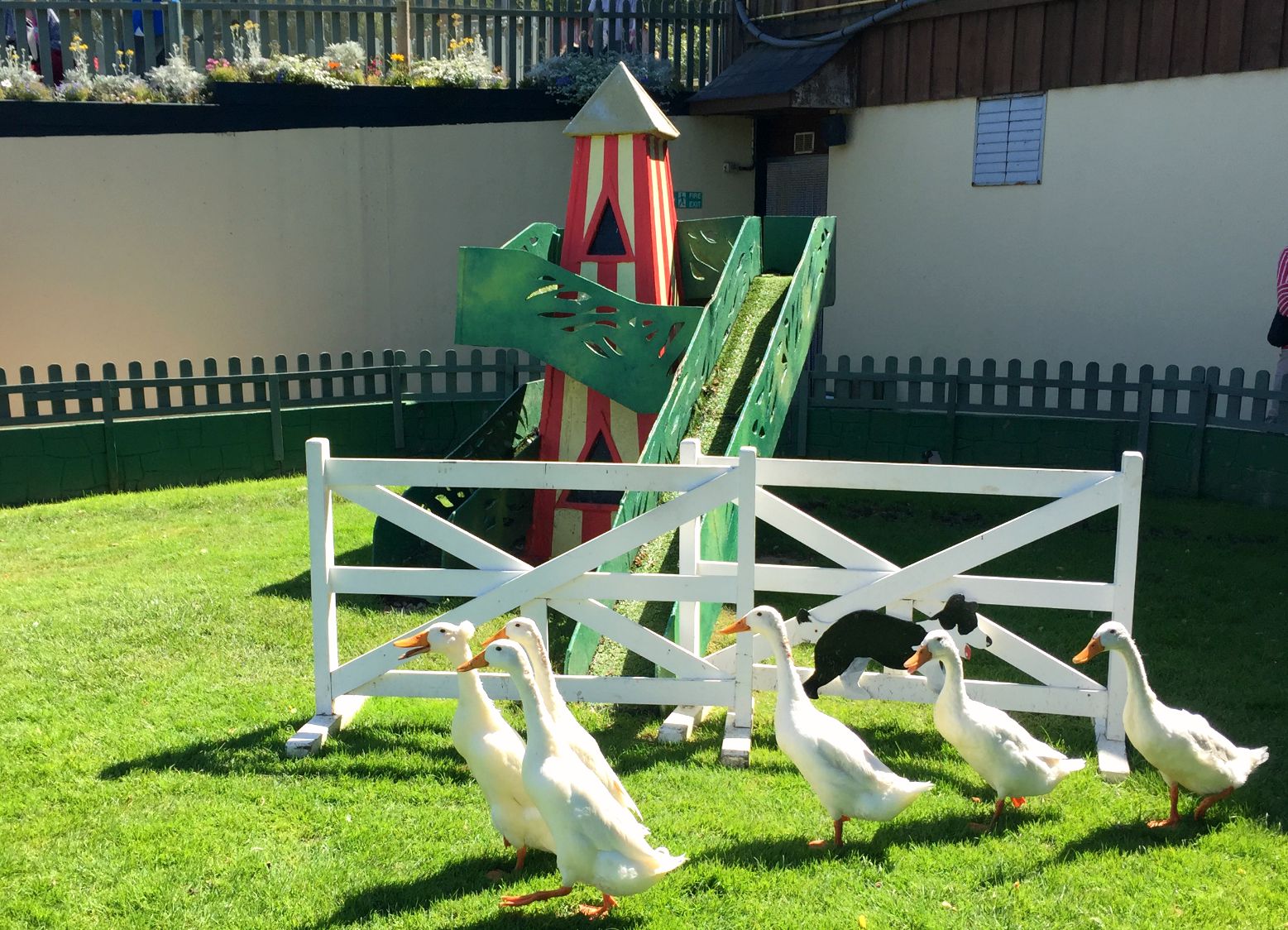 The sheep race is one of the big draws of the day, as six of them race 250m complete with knitted sheep jockeys on their backs. I use the term race in a loose sense because the sheep are free really to do what they want, with some of them heading back the other way. It was all over in about 20 seconds, but we thought it was brilliant.

Most of the shows are undercover, which means you could still visit on a rainy day and have plenty to occupy you – but a lot of the other attractions are outside.

Little Man O, my 3¾ year old son, was desperate to go on the tractor rides. This took about 10 minutes and took us around the farm’s fields. We were amazed how big the farm actually is and how many more animals it is home to, other than the ones in the barn. 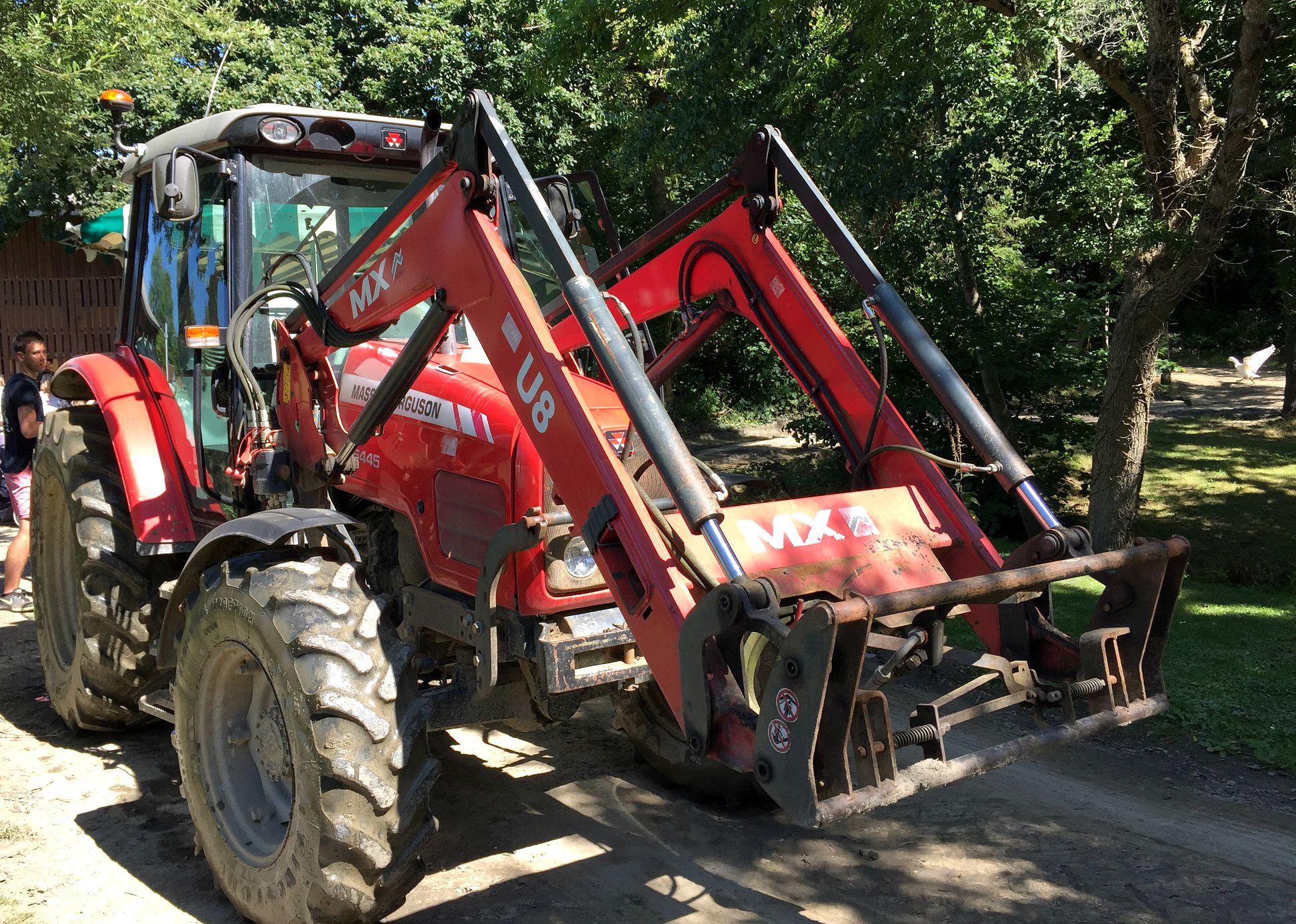 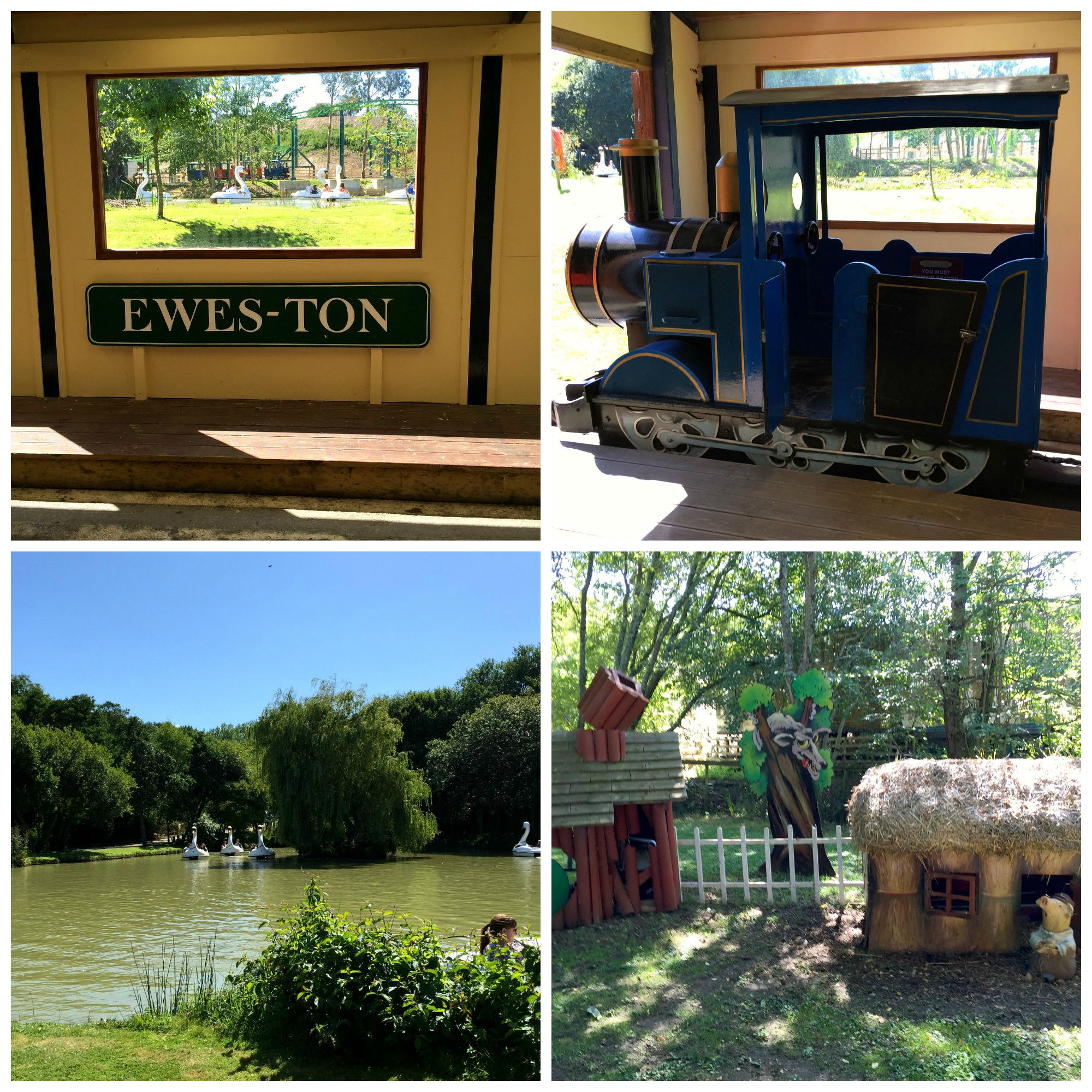 There’s quite a lot to keep older children occupied too, with the Twister Chair O Planes Ride and a new roller coaster set to open just as soon as health and safety inspectors have fully inspected it, following the accident at Alton Towers. There’s also archery, an outdoor laser combat zone (first game included in the ticket price, but you can pay for a longer session), and ‘death slides’ in the large indoor soft play area. 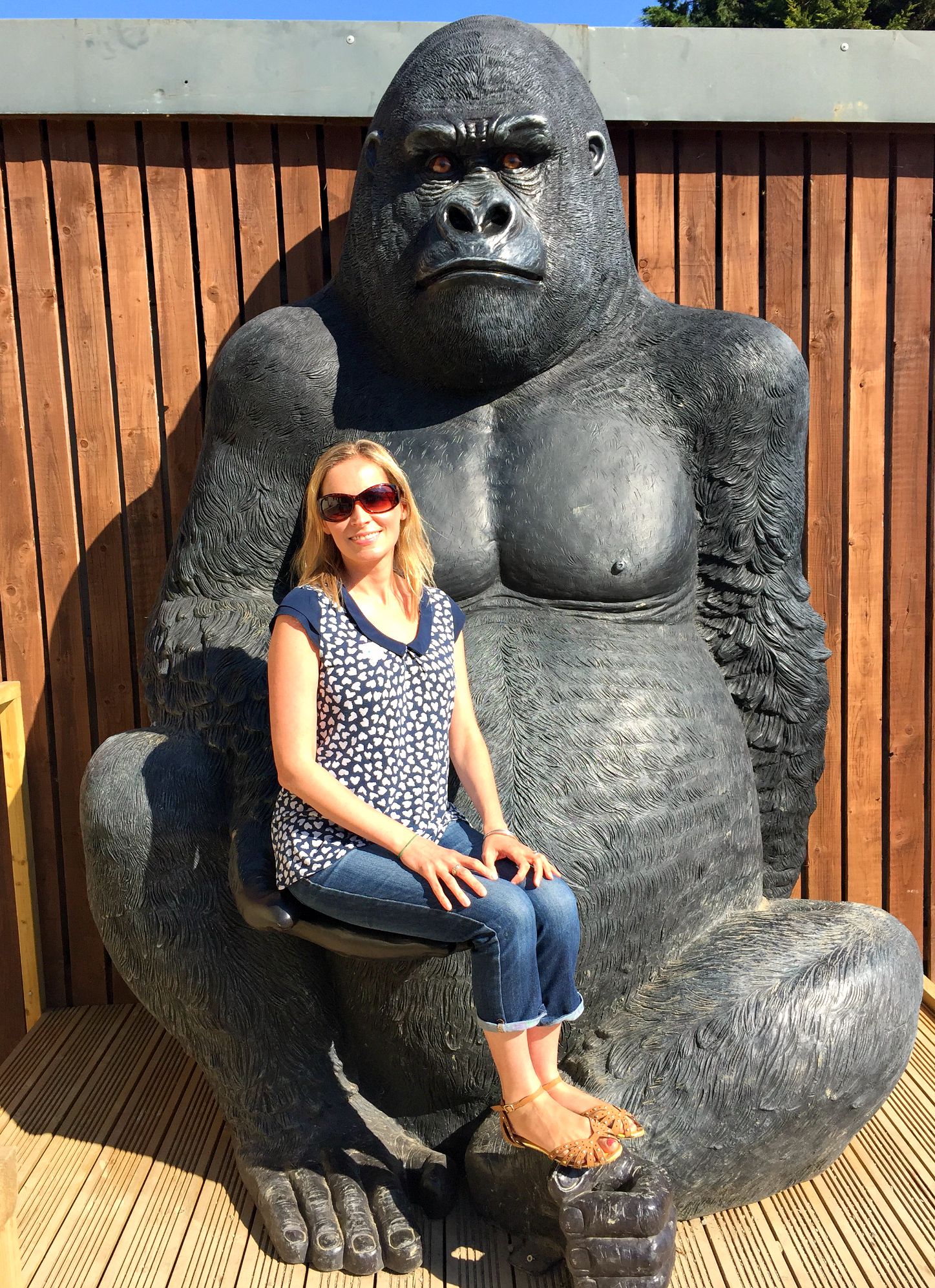 It’s not the cheapest day out at £12.95 per adult and children over 3ft tall. Those under 3ft are £6 and babies under one are free. Family tickets start at £49.80 for four adults/children over 3ft.

However, if you plan ahead you can get some good deals. Tickets are discounted if you book online in advance, and if you have visited other attractions in the area you sometimes get given a 50% off voucher. You can also exchange Tesco Clubcard vouchers for tickets.

Even if you do pay full price though, it is worth the money. We were there for a good six hours and as we took a picnic lunch, we didn’t spend anything else while we were there. And despite it being a beautiful day in the middle of the summer holidays, the park never felt overly busy and we barely had to queue for any of the attractions.

The Big Sheep is an entertaining, educational and fun day out for visitors of all ages. If you’re in the area, we highly recommend it for a family day out.

Have you been to The Big Sheep? What did you think? Do let me know in the comments below, on the Cardiff Mummy Says Facebook page or you can tweet me on @cardiffmummy

Disclosure: we were given free entry to The Big Sheep for the purposes of an honest review.

Homepage » Reviews » A brilliant day out at The Big Sheep, Devon – review

24 Comments to A brilliant day out at The Big Sheep, Devon – review