Like a lot of families, we truly embraced cycling during lockdown. We biked along some lovely routes here in Cardiff, taking the Taff Trail to Bute Park and Cardiff Bay in one direction, and Forest Farm and Radyr Weir in the other, on a regular basis.

It was a great way to combine regular exercise with the ability to travel a little further than the walks around our local parks. My children impressed me with their ability to cycle some fairly long distances, with rides of 10+ miles becoming a regular occurrence. One month we even set ourselves the challenge to cycle 100 miles each, which I thought was pretty good going for a 10, 8 and 6 year old.

When the travel restrictions finally lifted in Wales and we could venture further than five miles for the first time in months, we were keen to take our bikes out of Cardiff. And so we strapped them onto our car (two on the top and three on the back) and headed to Llanelli to cycle along the Millennium Coastal Path.

What is the Millennium Coastal Path? 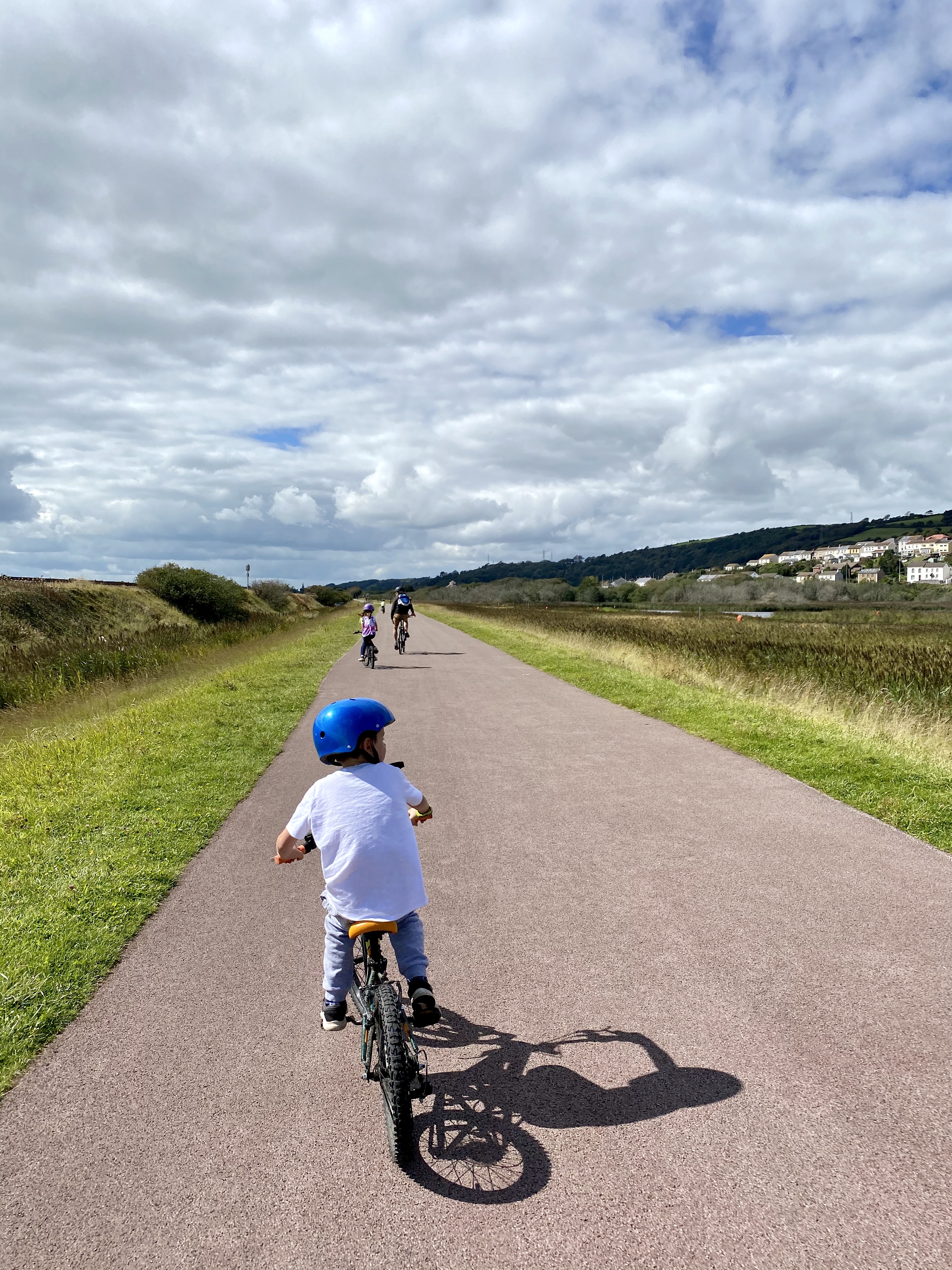 The Millennium Coastal Path is a beautiful stretch of mostly flat and well-surfaced paths, covering a distance of around 13 miles from Bynea in the east to Pembrey Country Park in the west. Part of the Wales Coast Path, it opened in 2000 to celebrate the new millennium, and runs through the Millennium Coastal Park, a beautiful stretch of parkland built on a former industrial wasteland.

The Millennium Coastal Path starts at Bynea car park and journeys through the Loughor Estuary, Llanelli Wetlands Centre, Llanelli’s Discovery Centre, the lake and wildlife of Sandy Water Park (on the site of the former Duport Steelworks), the Ashpit Ponds Nature Reserve, the marina at Burry Port, and on to Pembrey Country Park (more on this incredible attraction later).

There are no roads, the paths are wide, well-surfaced, and mostly flat. There are cafes and ice cream vans along the route, as well as playgrounds, toilets, plus plenty of beautiful places to stop and picnic. 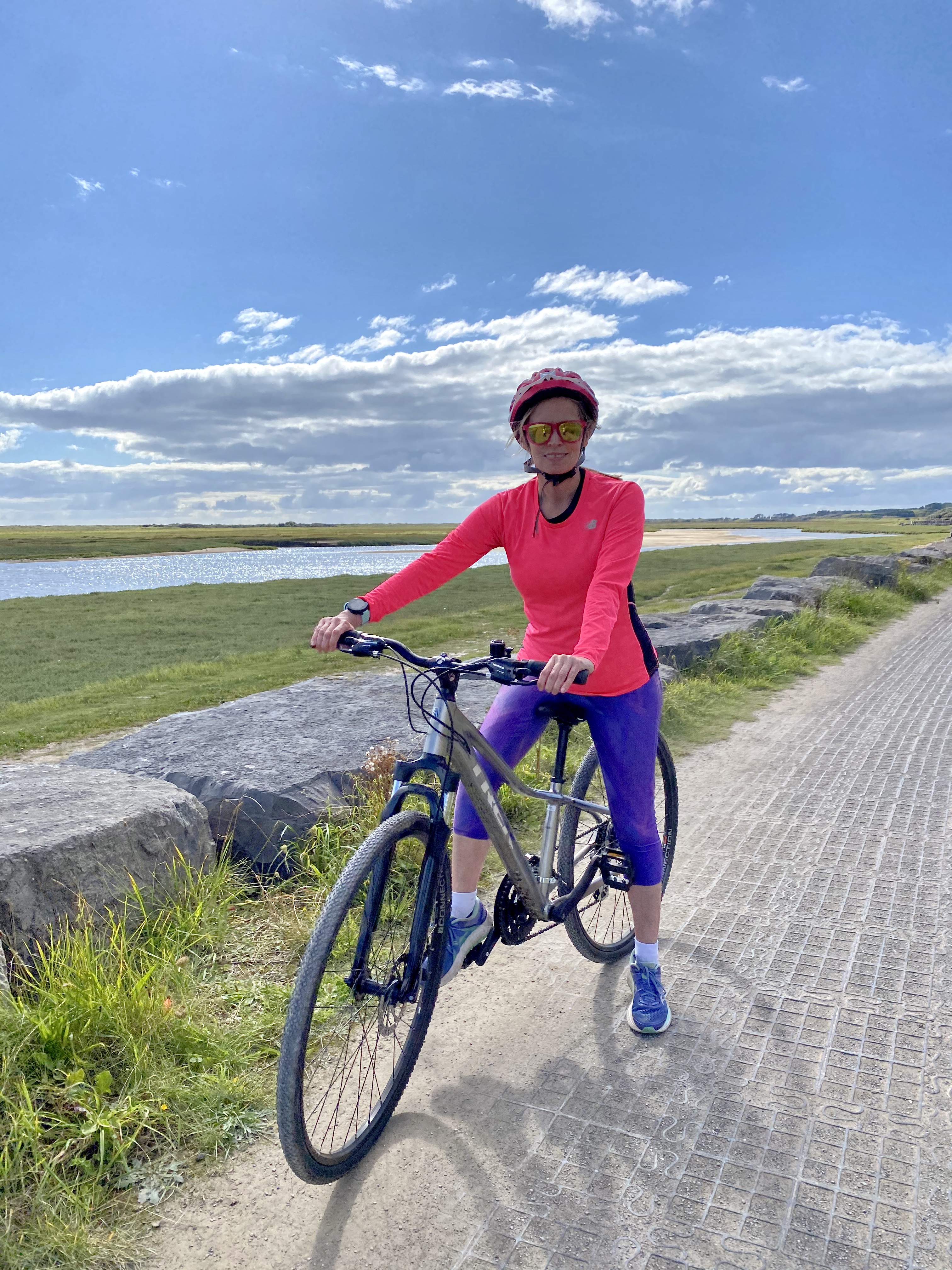 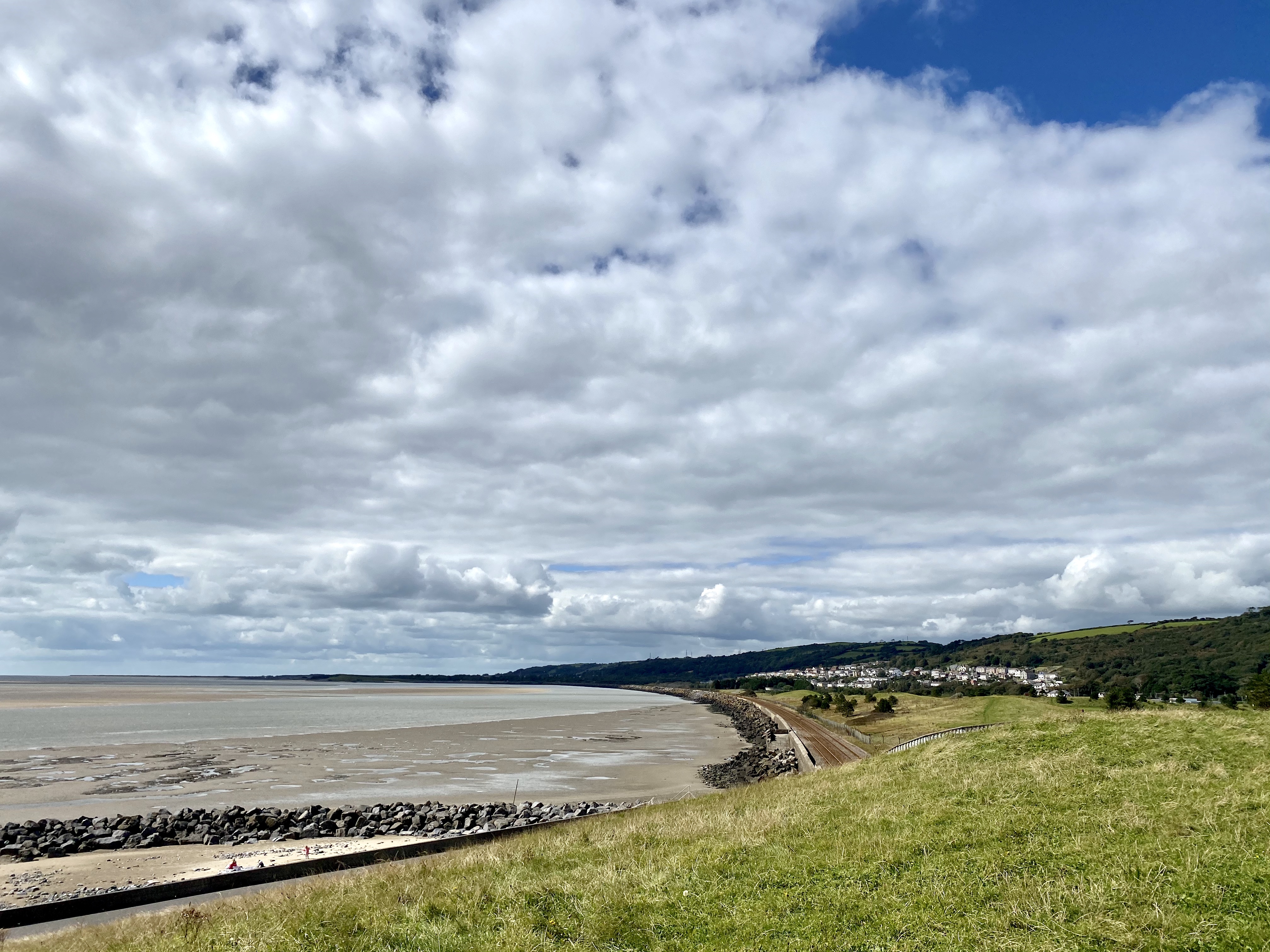 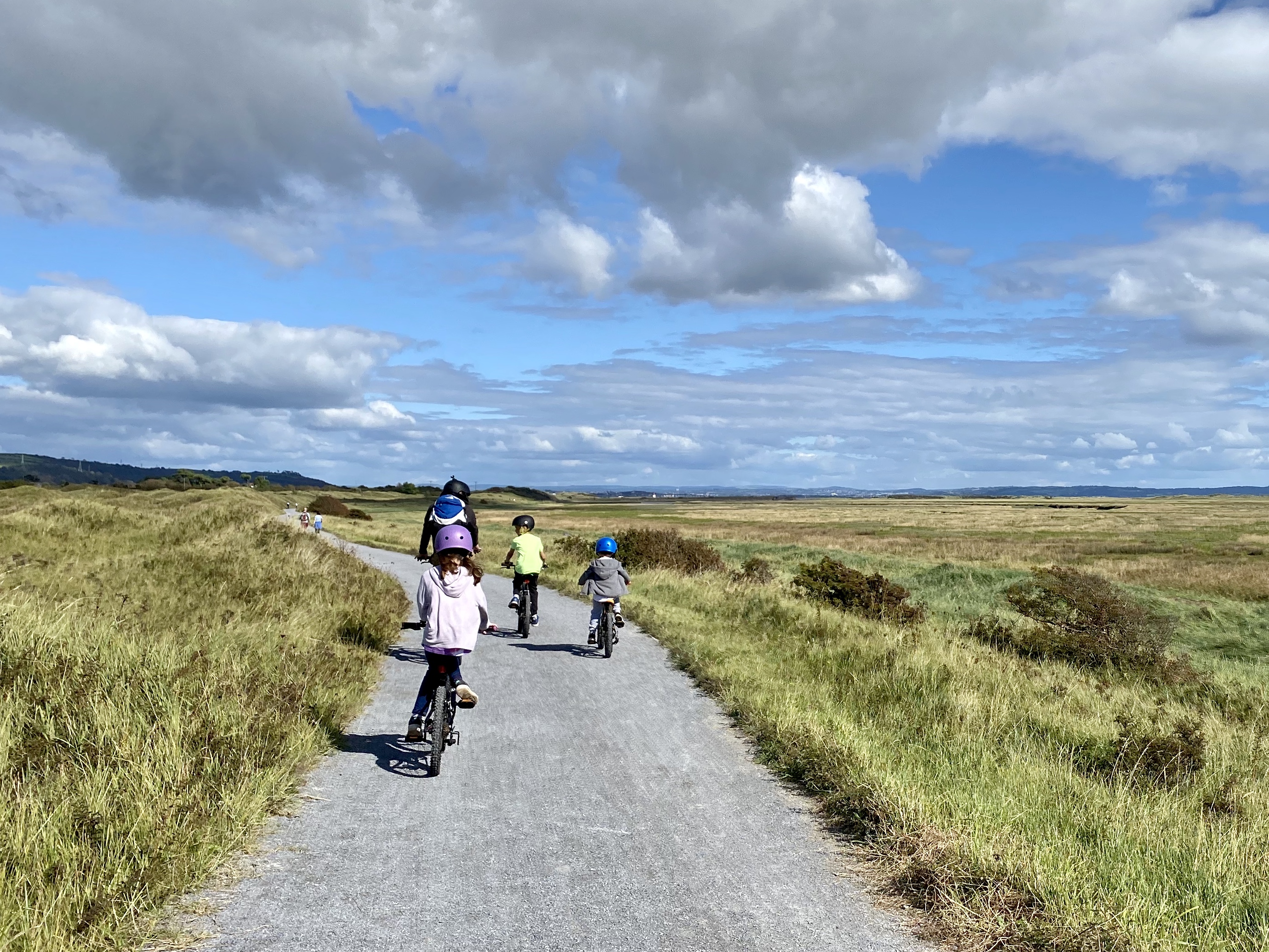 It is part of the Wales Coast Path and is popular with walkers and runners, but it’s also part of the Celtic Trail cycle route and the National Cycle Network meaning its perfect for cyclists too.

You don’t have to traverse the whole 13 miles. With several starting points and car parks along the route – Bynea, The Gateway Resort, Llanelli Wetlands Centre, Discovery Centre, Festival Fields, Burry Port Harbour and Pembrey Country Park – you can make your own adventure as long or as short as you like.

The Discover Carmarthenshire website handily breaks down the route as follows:

The route we took

As we’d driven to Llanelli from Cardiff, we had the obvious issue of needing to get back to our car so the full 13 mile path would have been logistically difficult and the 26 mile out-and-back ride too much for our children. Instead, we started at Llanelli’s North Dock and cycled seven miles to Pembrey County Park before cycling seven miles back. We did this over the course of four and a half hours at a steady pace with plenty of stops along the way. It was such a beautiful stretch of coastline, we absolutely loved it. 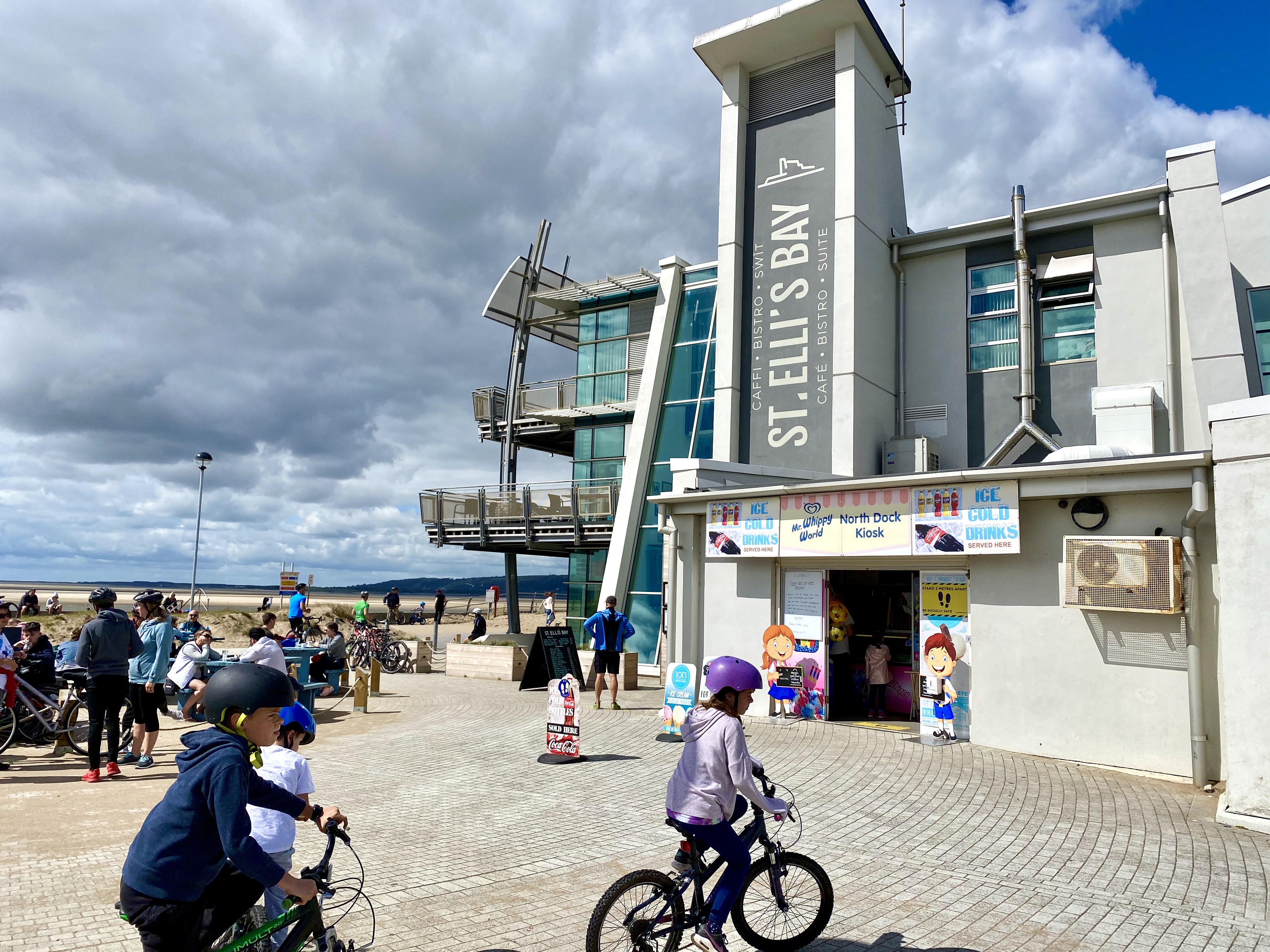 The smooth paths made it really pleasant for cycling and although there were a couple of hills, they were nothing we couldn’t manage.

We loved the contrasting scenery of the green nature reserves and ponds, the harbour and lighthouse at Burry Port, the beautiful sandy beaches and the more rugged coastline. We had so many ‘oh wow’ moments during our cycle. It was an area we hadn’t really explored previously but definitely one we are looking forward to visiting again.

Our starting point at Llanelli was great because this is where you’ll find St Elli’s Bay, a café offering light lunches, hot and cold snacks and drinks, as well as toilets. We paid £2.60 to park all day.

My children were pleased to see a playground across the road too, plus there was another one a couple of miles along and a skate park near Burry Port. We also saw several ice cream vans along the way too. 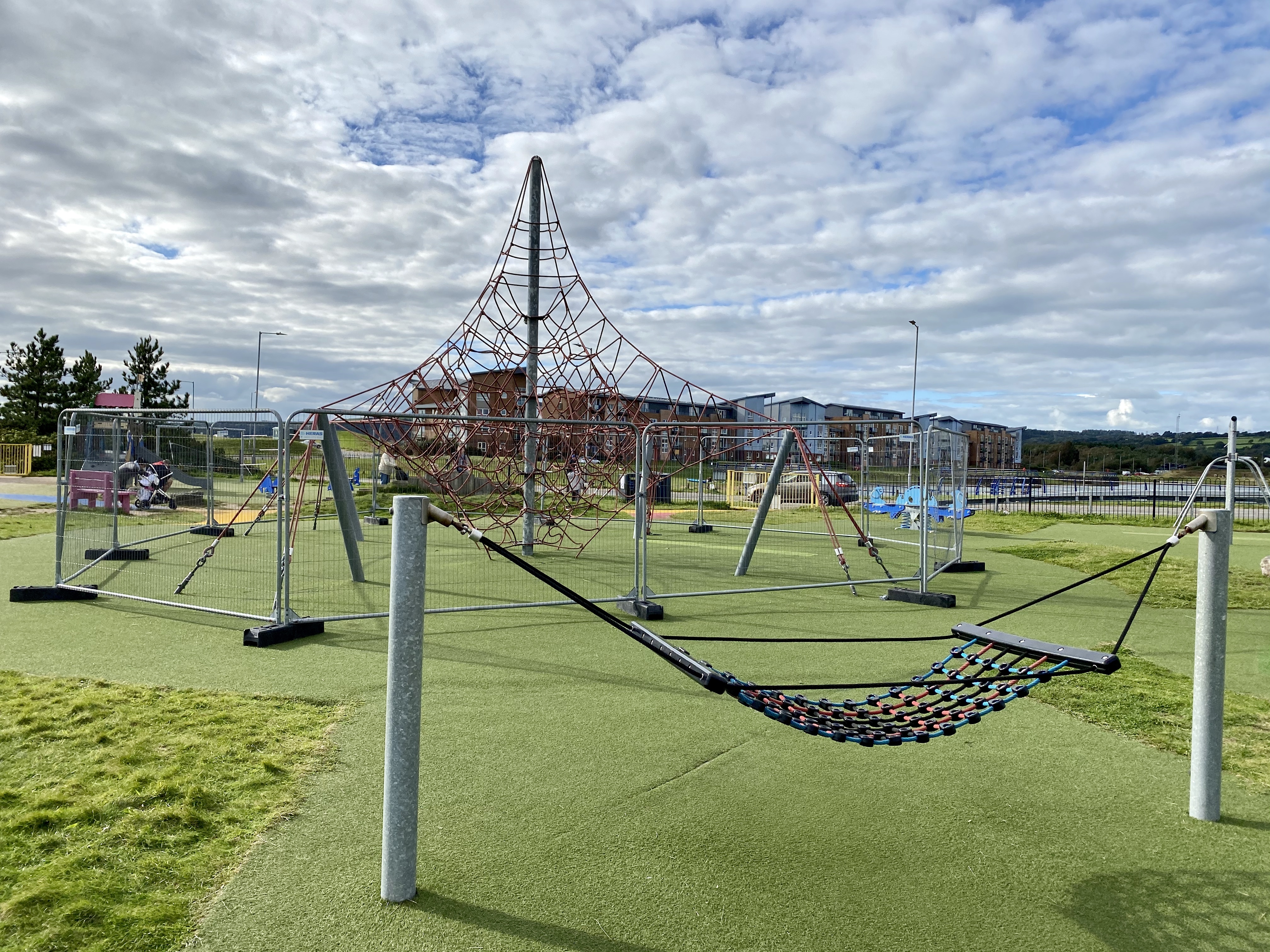 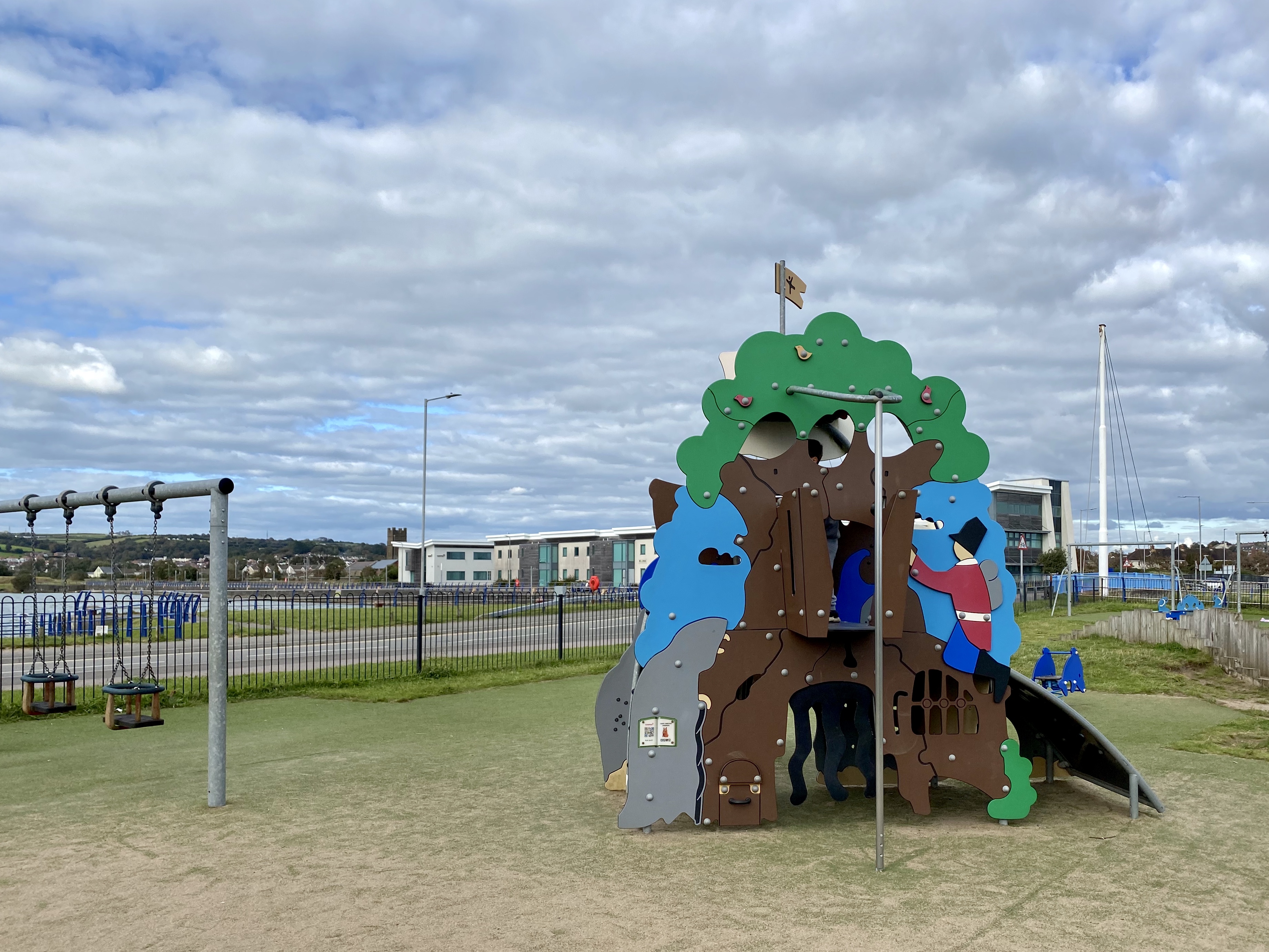 Highlights along the route for us were the herons we saw in the reeds in the ponds in Pwll the blue plaque dedicated to Amelia Earhart, the first woman to fly across the Atlantic Ocean and who landed at Pwll; the harbour at Burry Port, and the giant  bike outside the cycling centre at Pembrey. Plus of course the incredible scenery at every turn. It’s truly a beautiful stretch of coastline. 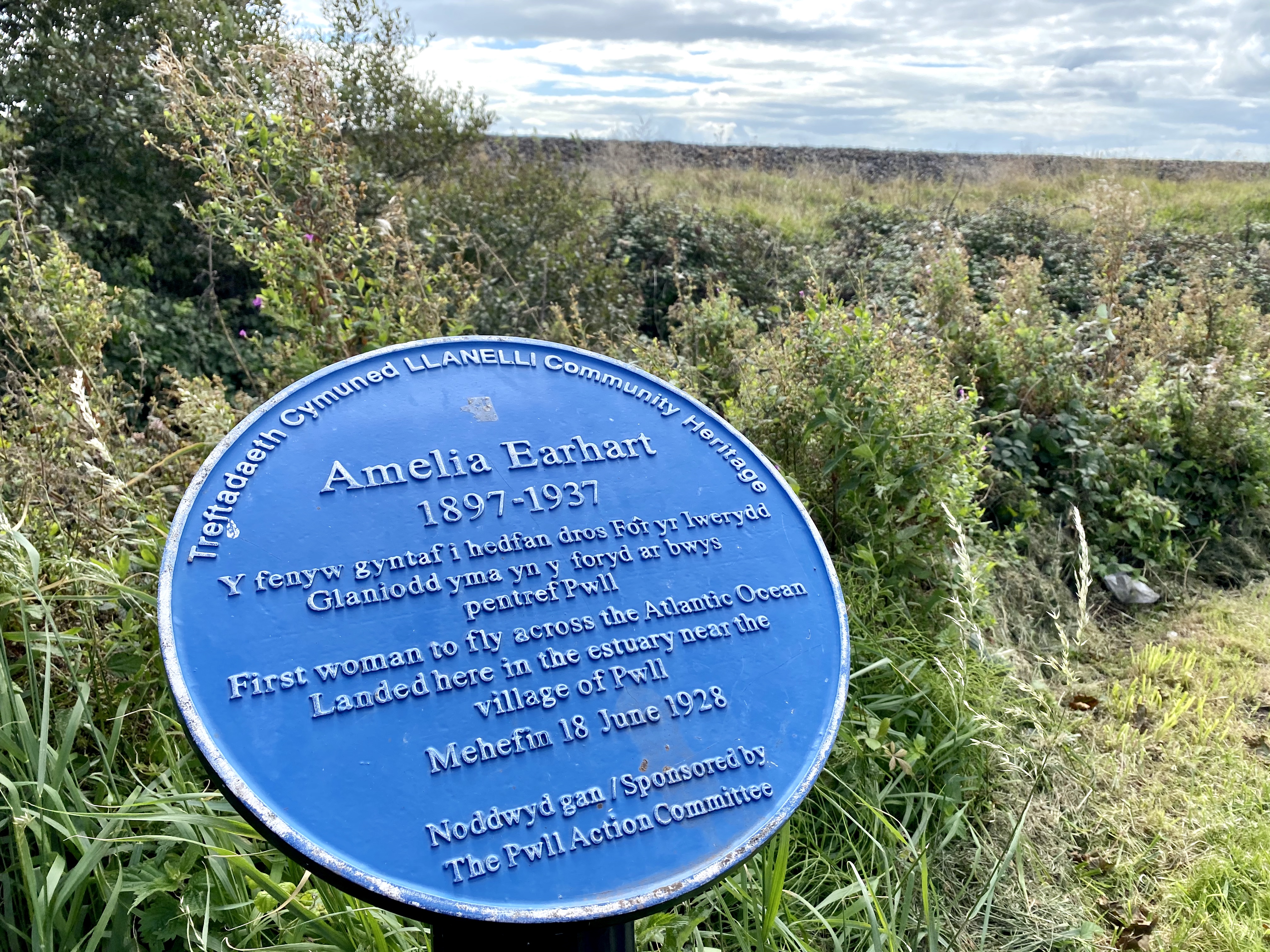 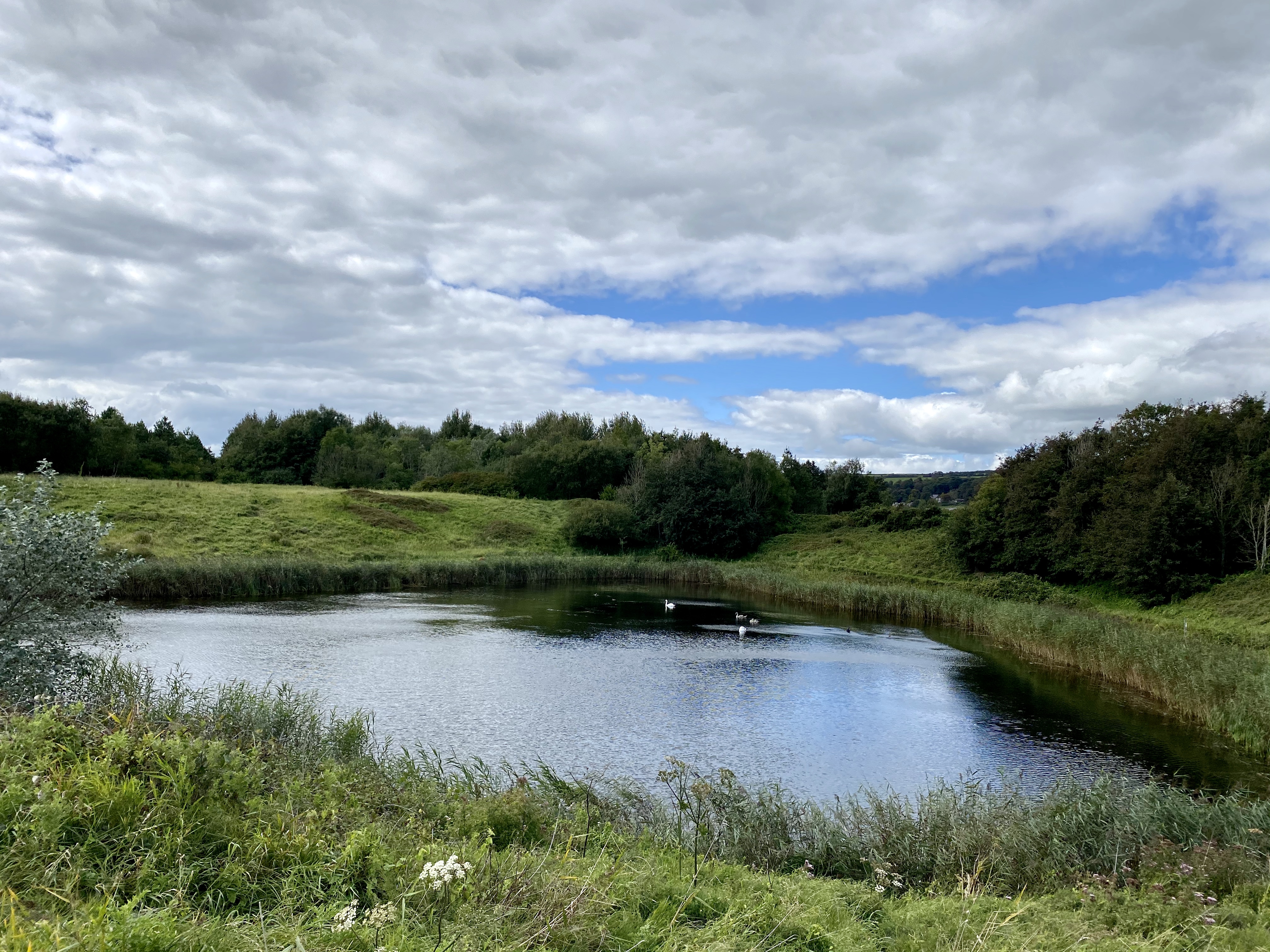 Is it buggy and wheelchair accessible?

Yes, the wide, flat path make it easily accessible although there are a few small hills throughout. 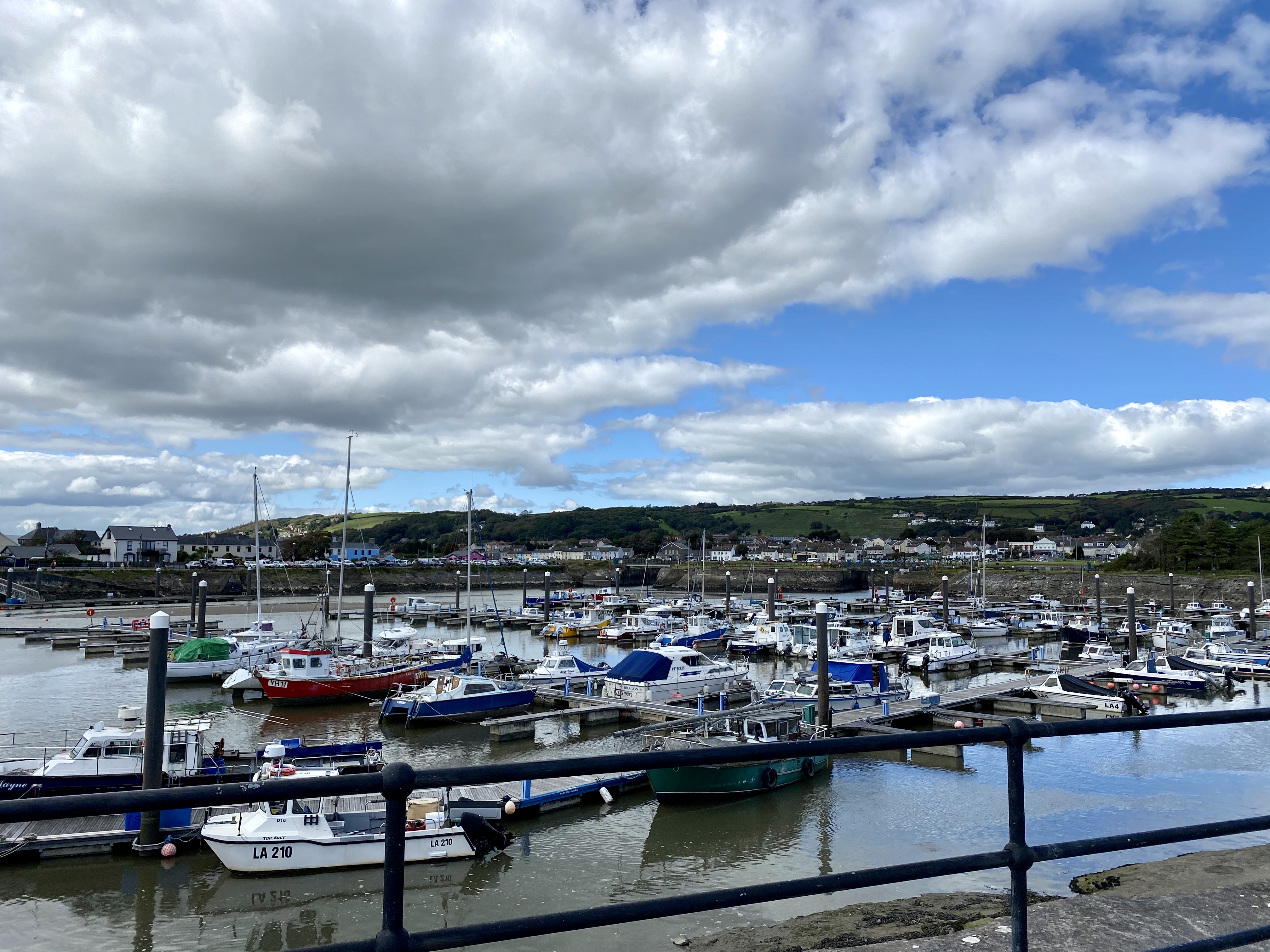 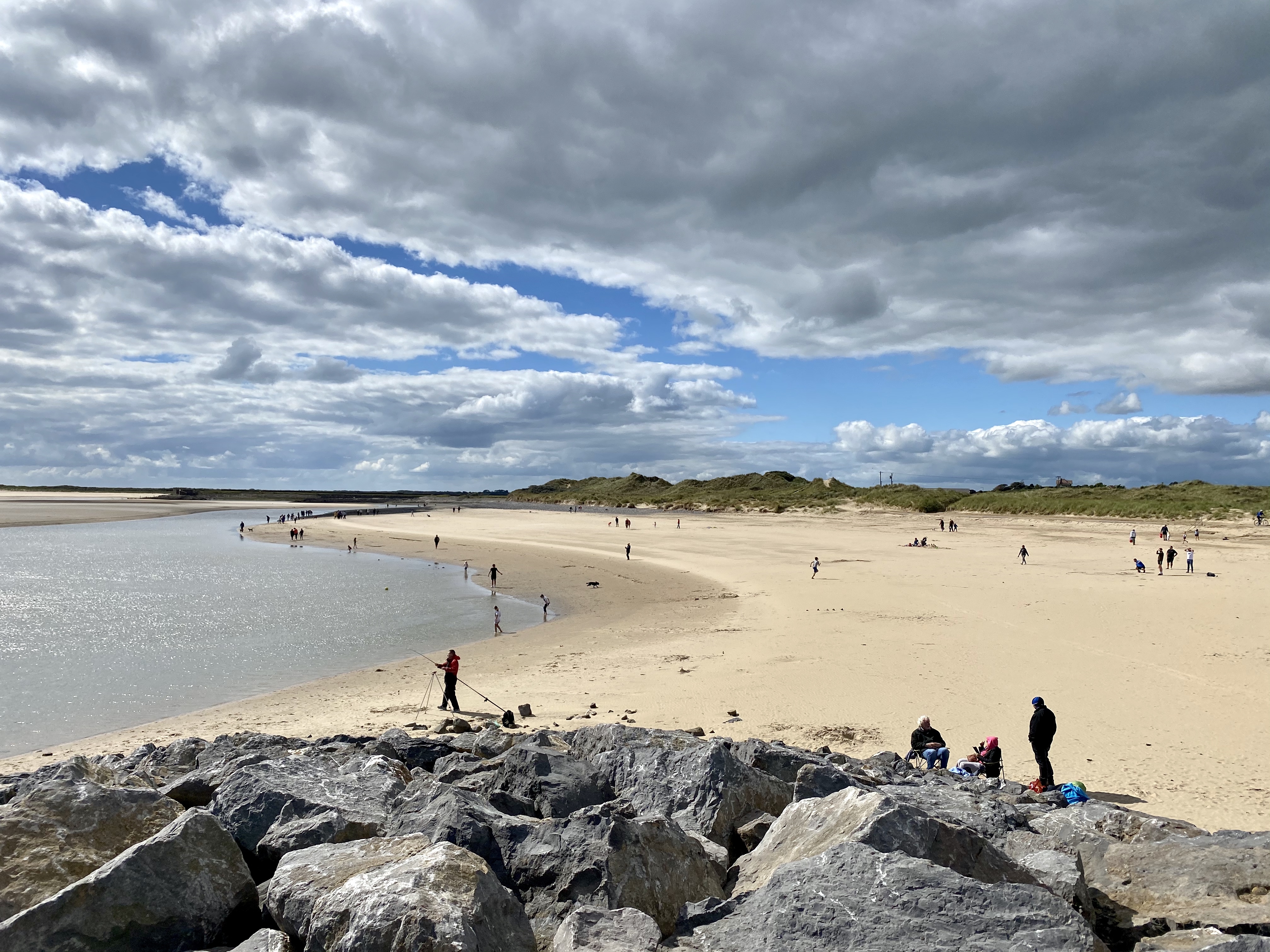 What else is there to do in the area?

As mentioned above, we stopped briefly at Pembrey Country Park before turning back. If we’d had more time we would definitely have explored for a few hours as there’s so much to do with 500 acres of park and woodland to explore and even a beach. The park is free to enter, you just need to pay for parking which is £5.50 per day in peak season and £3.50 off peak. There’s plenty to explore for free, including woodland trails that have been marked out, and two large playgrounds, one for under 6s and one for over 6s, plus eight miles of golden sands at Cefn Sidan, the first beach in Wales to achieve the coveted Blue Flag award.

You can pay for additional activities such as the Wales’ longest toboggan ride, a dry ski slope, laser tag, horse riding, crazy golf, a miniature railway and more (check website for opening hours and prices for individual attractions). Pembrey is also home to a campsite with 320 pitches and space for caravans too (more information here). 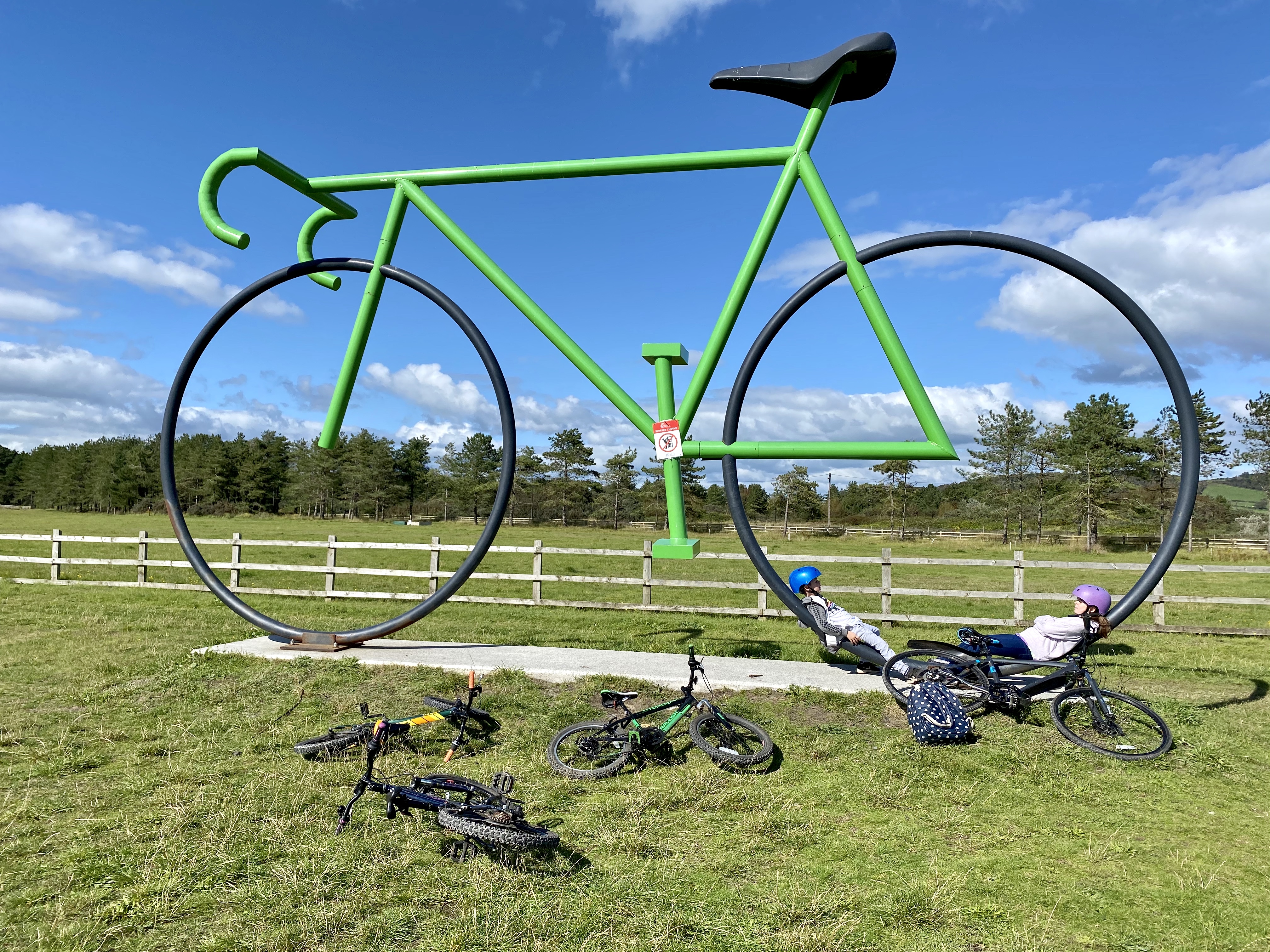 There’s also the National Closed Road Cycling Circuit, a 1.9km long, 6m wide circuit designed to British Cycling standards. It’s used by local cyclists and other sports such as athletics and triathlons, but is accessible to members of the public, free of charge, when no bookings have been made.

You could also combine a cycle along the Millennium Coastal Path with a trip to Llanelli Wetland Centre, a 4,500-acre wildlife haven which is home to all manner of birds and ducks and even a flock of Caribbean flamingos. Covid means you need to book in advance online. Prices at time of publication are adults £9.90, children 4-16 £6.25, family of four £27.50, all gift aid prices, or free to WWT members. 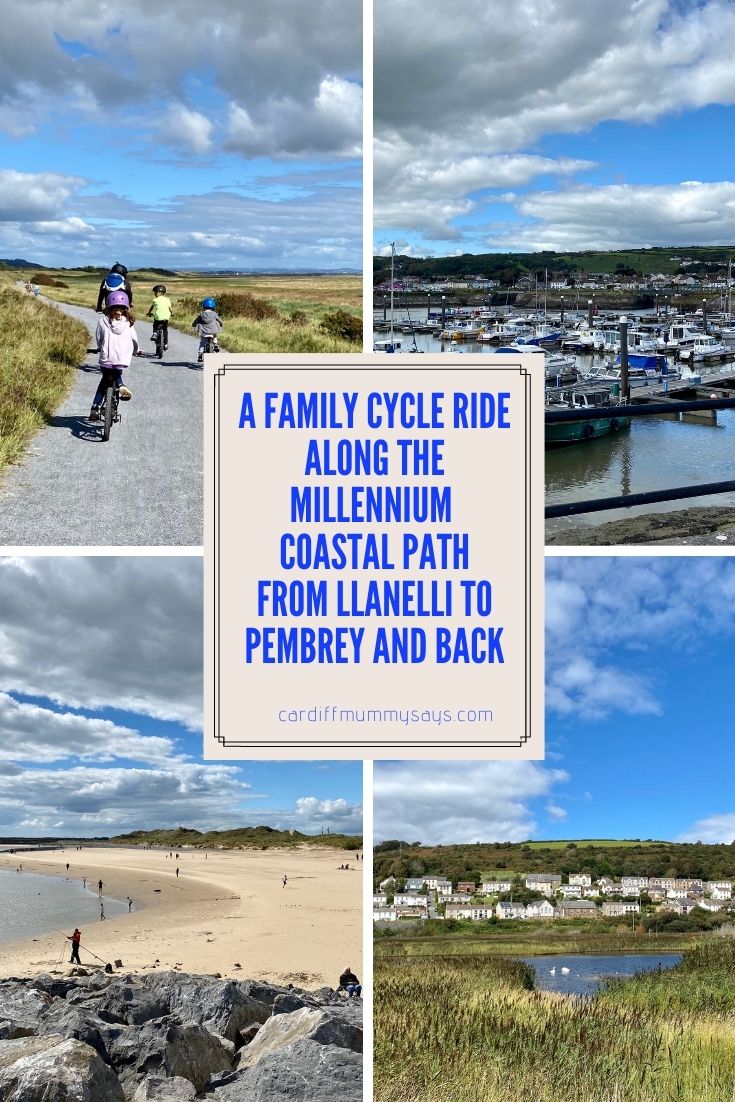