After dropping Little Miss E to school and Little Man O to Cylch (Welsh playgroup) this morning, Toddler Boy and I found ourselves with just under an hour to spare before our online shopping delivery was due to arrive.

We hadn’t really planned anything other than playing in the house while we waited for the groceries to arrive – but the sun was shining brightly and the sky was clear, so I made a spontaneous decision to go to Heath Park.

With the miserable wet weather we’ve been having recently, I’m keen to grab any glimpse of a dry spell to give my children the chance of some fresh air and a good run around to burn off some of their never-ending energy.

But usually I have the foresight to pack wellies, waterproofs, wet wipes and the rest of it. Today, neither of us had especially sensible clothing or shoes on. I didn’t even have the change bag. But how boring would life be if we didn’t do things for the fear of getting our shoes a bit muddy? And so off we went to Heath Park.

Nestled in the shadows of to University Hospital Wales, Heath Park is my ‘local’, and it’s somewhere I’ve spent a lot of time over the last six years since becoming a mum. It’s easy enough for me to walk to, but if you’re driving as we were today, there’s a lovely big car park, plus a couple of smaller ones, where you can stay for free for up to two hours (make sure you get a ticket though), or you can pay if you want to stay for longer. 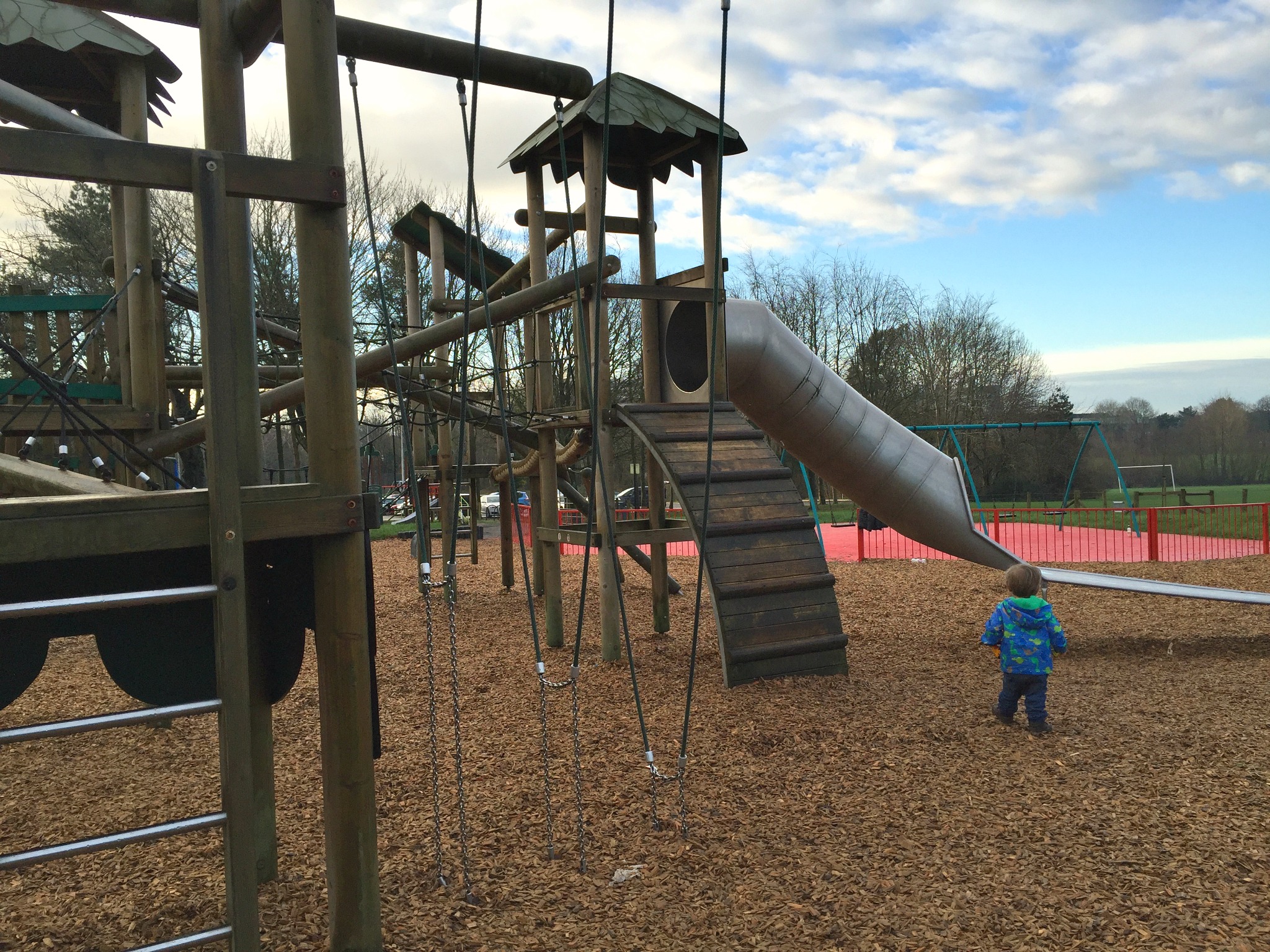 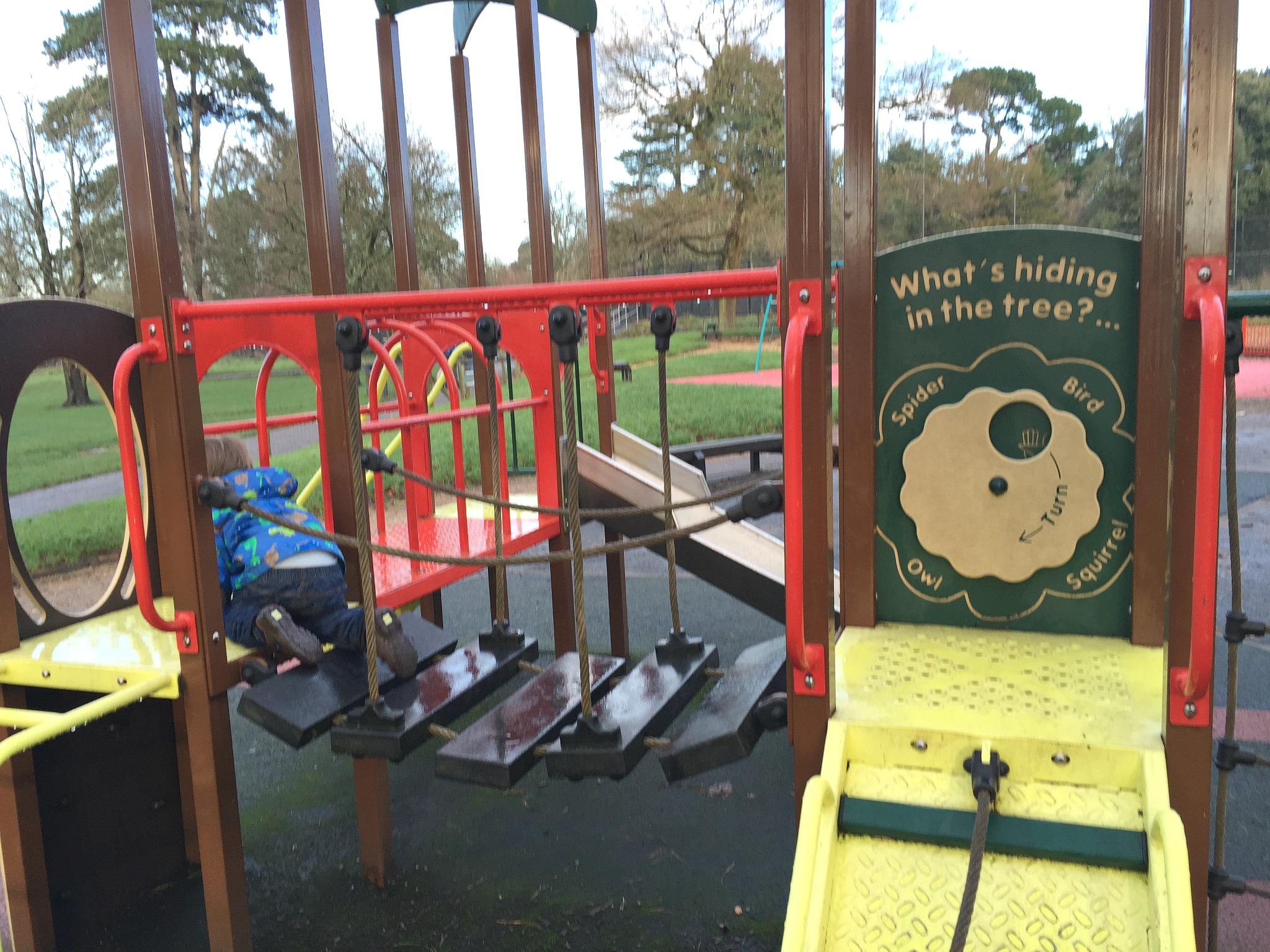 The playground is naturally the central focus for most families visiting the park. It has two good-sized areas, one for older children with four swings and a wooden climbing frame including a tube slide; plus a toddler area with baby swings, a metal climbing structure, and two sheep you can sit on and bounce around on.

But as one of my local friends once said to me, the playground is the least interesting thing about Heath Park – and I’m inclined to agree with her.

With over 37 hectares of fields and woodland, there’s a new adventure to be had around each corner. There are paths to scooter or cycle along, newly-refurbished bookable tennis courts, football and rugby pitches, outdoor exercise equipment, and a pay-for pitch and putt golf course – but there are also huge grassy fields for playing or picnicking on, lots of woodland to explore, a pond, and a sensory garden, and lots more besides. The only downside is that it lacks decent toilet facilities. There’s one in the little wooden golf club house – but that’s very rarely open

Heath Park is also home to Cardiff Model Engineering Society’s model railway, which is open to the public one day a month and which is a lovely and fun family day out. 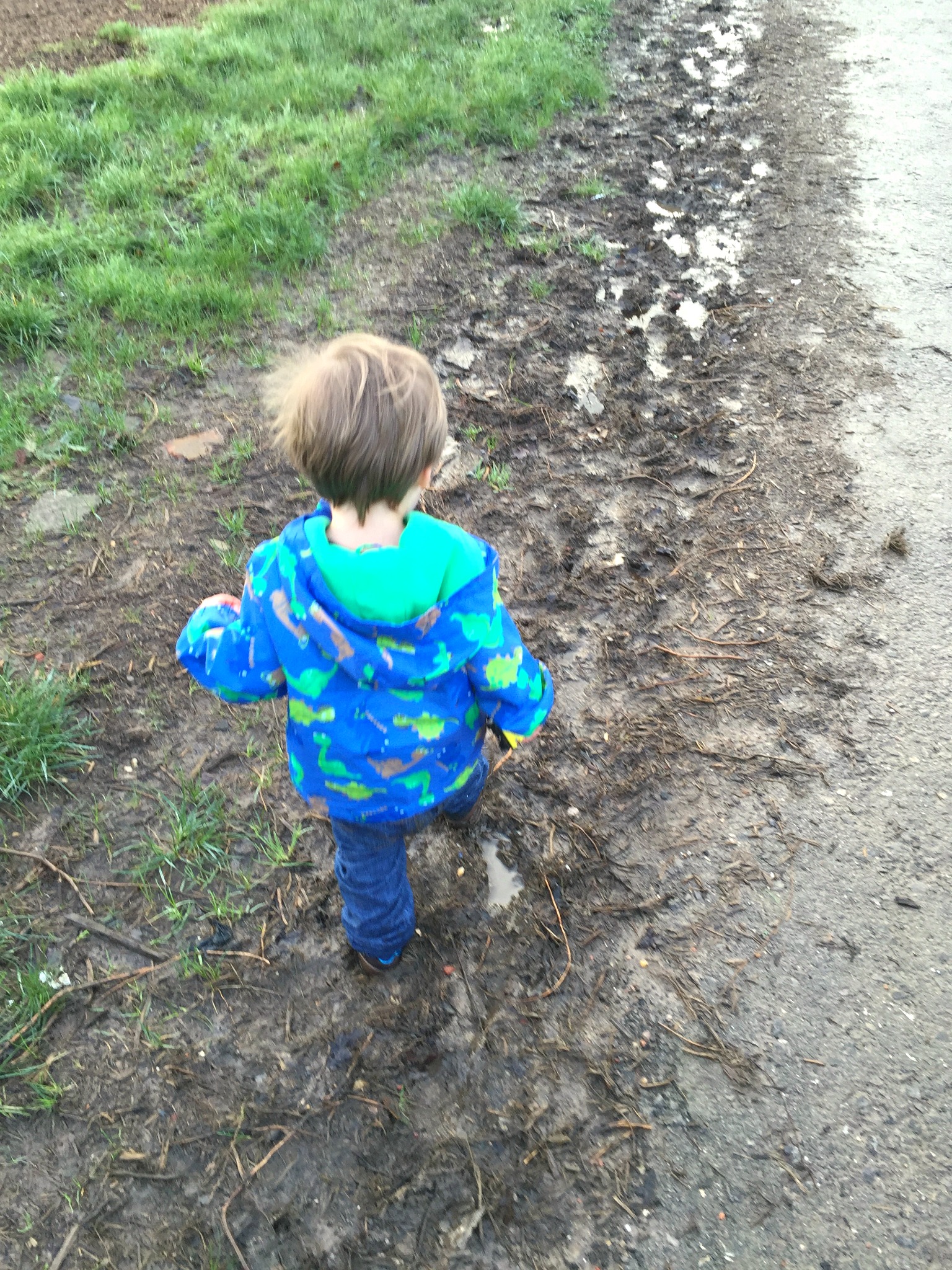 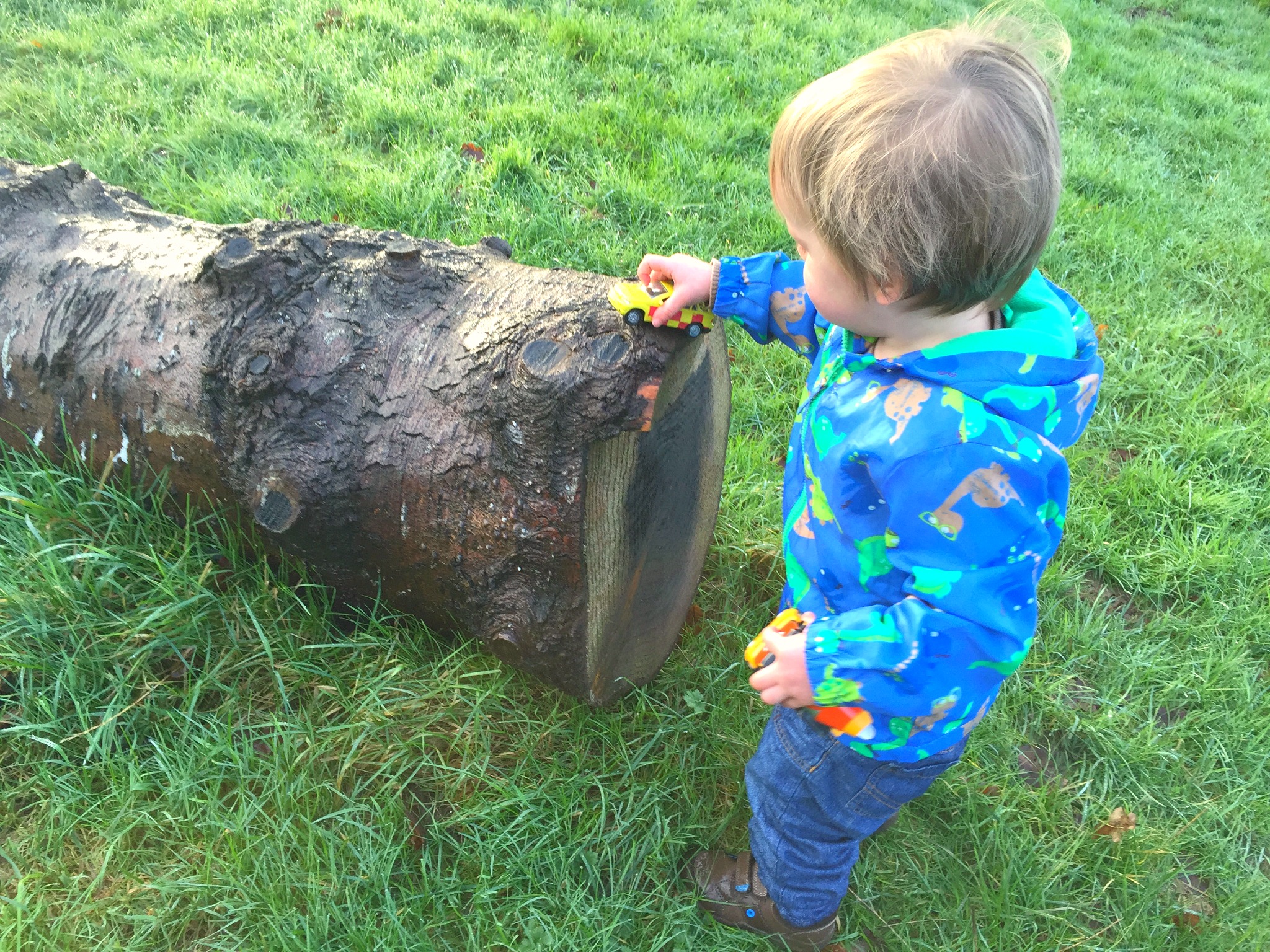 Today, I decided to let Toddler Boy I, now almost 22 months, lead the way and choose what he wanted to do. As the third child, he spends a lot of time dropping his big brother and sister to school and pre-school, going to their clubs and activities and hanging out with their friends. So I really value the time I get just him and me, and I like to let him be in charge as much as he can.

He wandered straight off to the golf course, with a toy car in each hand, and walked around one of the sandy bunkers singing to himself for around 10 minutes with the biggest smile on his face. I love how such simple things can be so much fun when you’re not quite two. 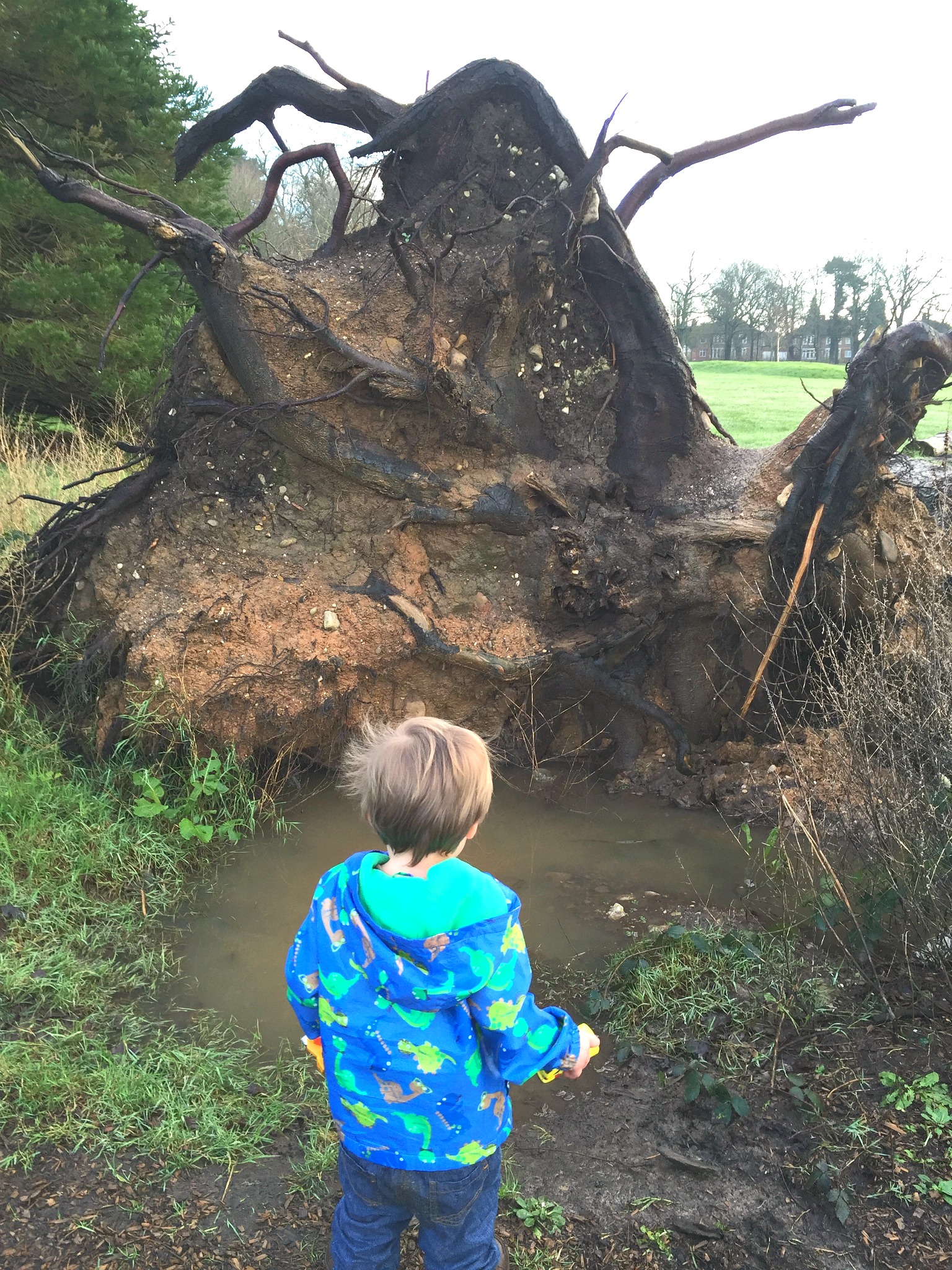 He then discovered a huge fallen tree – and had a near miss with a rather large puddle which had formed around it – and a number of large logs, where the trunk had been chopped up into sections.

After walking up and down a muddy path for several minutes, he then remembered the playground, and had great fun pushing his cars down the slide in the toddler area, before following them himself – head first, obviously. 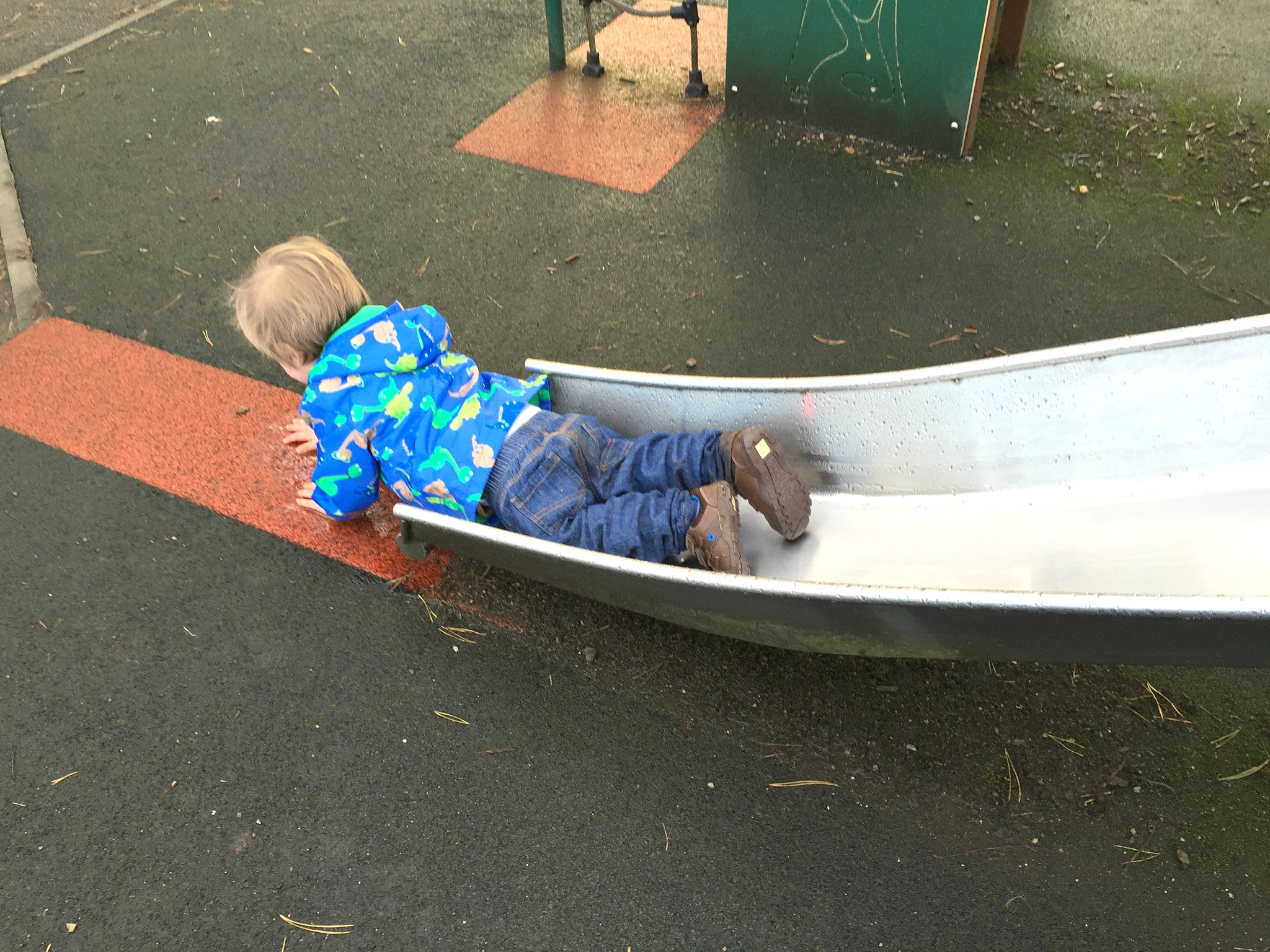 Heath Park is one of the most beautiful green spaces in our city. It’s more rustic than the likes of Roath Park and Victoria Park, but for me that’s where its charm lies. We were there for less than an hour this morning, but in the warmer weather we can easily spend five or six hours there.

I felt really sad that we had dash back for the shopping delivery, as we were having such a lovely time being in the moment and not caring that we were covered in mud. It was nothing that didn’t come out in the wash though, and worth it to see my youngest little boy so happy.

Have you been to Heath Park with your little ones? Do let me know in the comments section below, on the Cardiff Mummy Says Facebook page or by tweeting me on @cardiffmummy

For more ideas of family-friendly days out in and around Cardiff, visit the Cardiff section of my blog.

28 Comments to A muddy morning at Heath Park, Cardiff