There’s no denying that birthday parties are Hamleys Cardiff are one of the pricier options for celebrating your child’s special day. Packages range from £25 per head for a 1.5hour tea party to £35 a head for their two-hour  themed parties, with a minimum of 10 children and a maximum of 16.

But what, exactly, do you get for your money? My children were lucky enough to be invited to a party at the store, putting a group of new staff through their paces. I know… it’s a tough job, but someone’s got to do it and my three – 6 ¾ -year-old Little Miss E, 5-year-old Little Man O and 2 ½-year-old Toddler Boy I, were more than happy to take on the job. 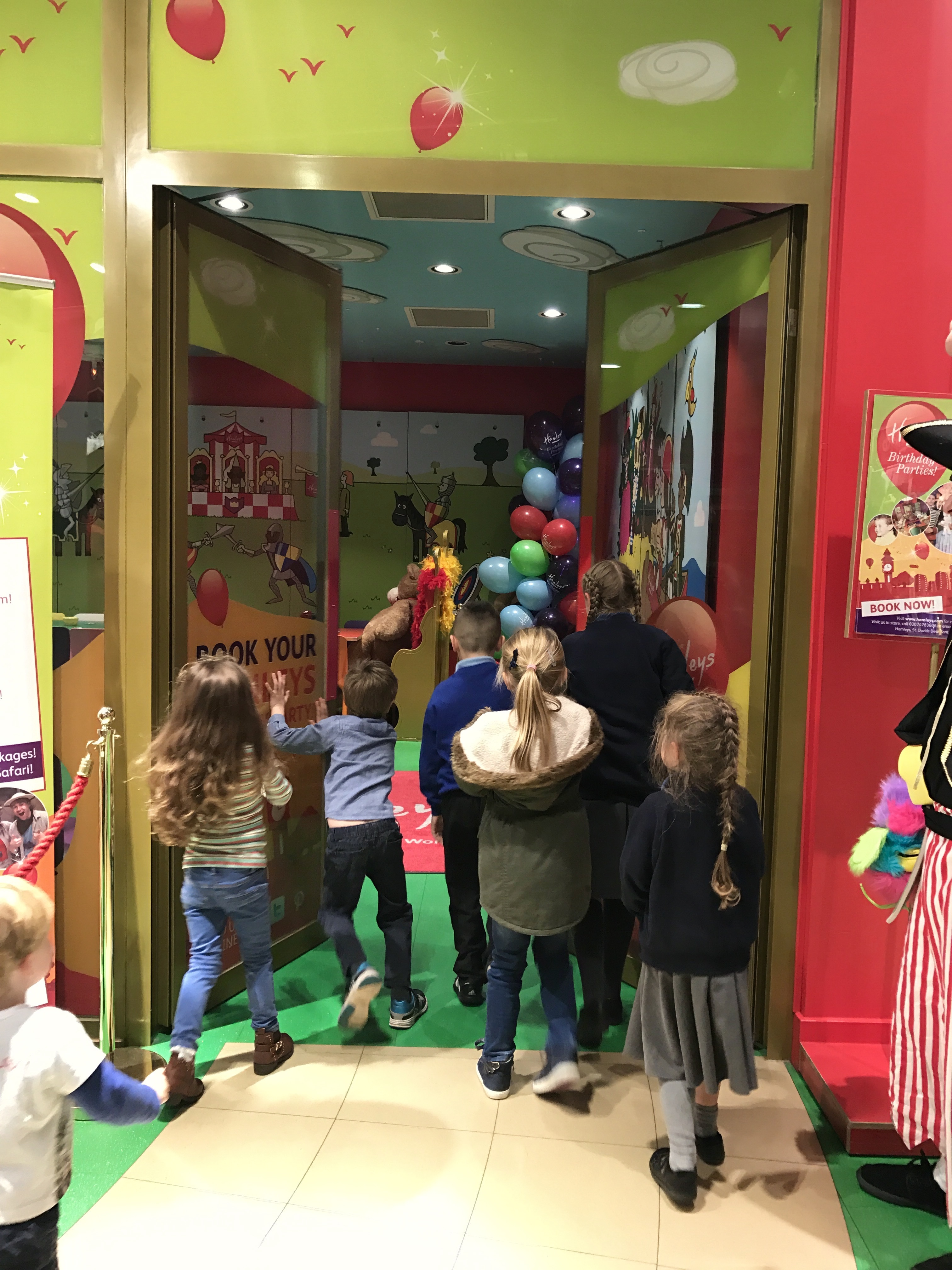 We arrived at 4pm, after a mad dash from school, to be greeted at the door of the shop by several Hamleys staff, all dressed up as pirates and princesses, the theme for the party.

Parties take place in the dedicated room at the back of the store, and we made our way there with a mini treasure hunt across the store, finding letters which would spell out the magic word to open the door to the party room.

My children remembered the room instantly from the Tea With Father Christmas we attended last year, although instead of festive decorations, the walls were filled with brightly coloured pictures, which change according to the party theme. 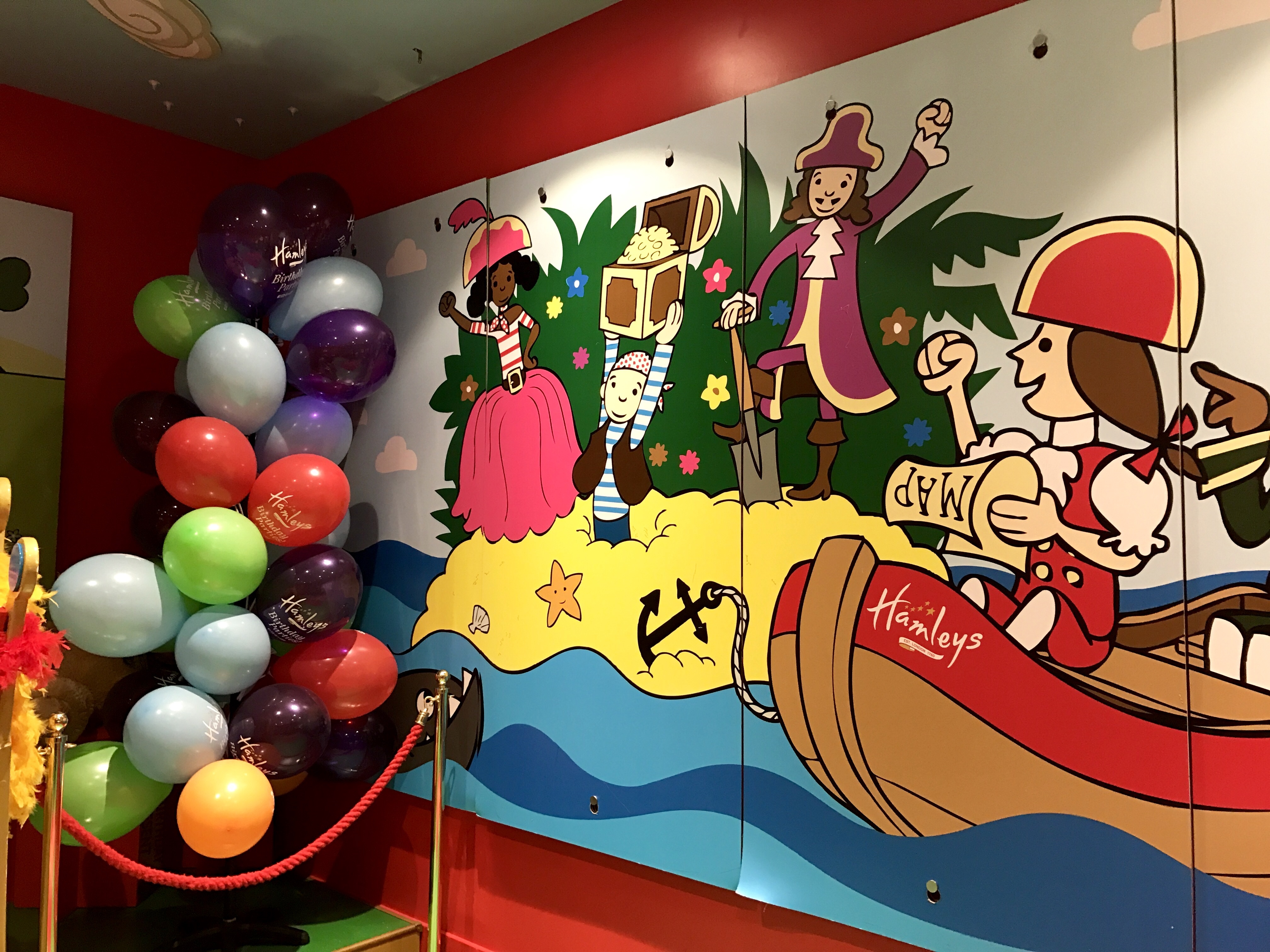 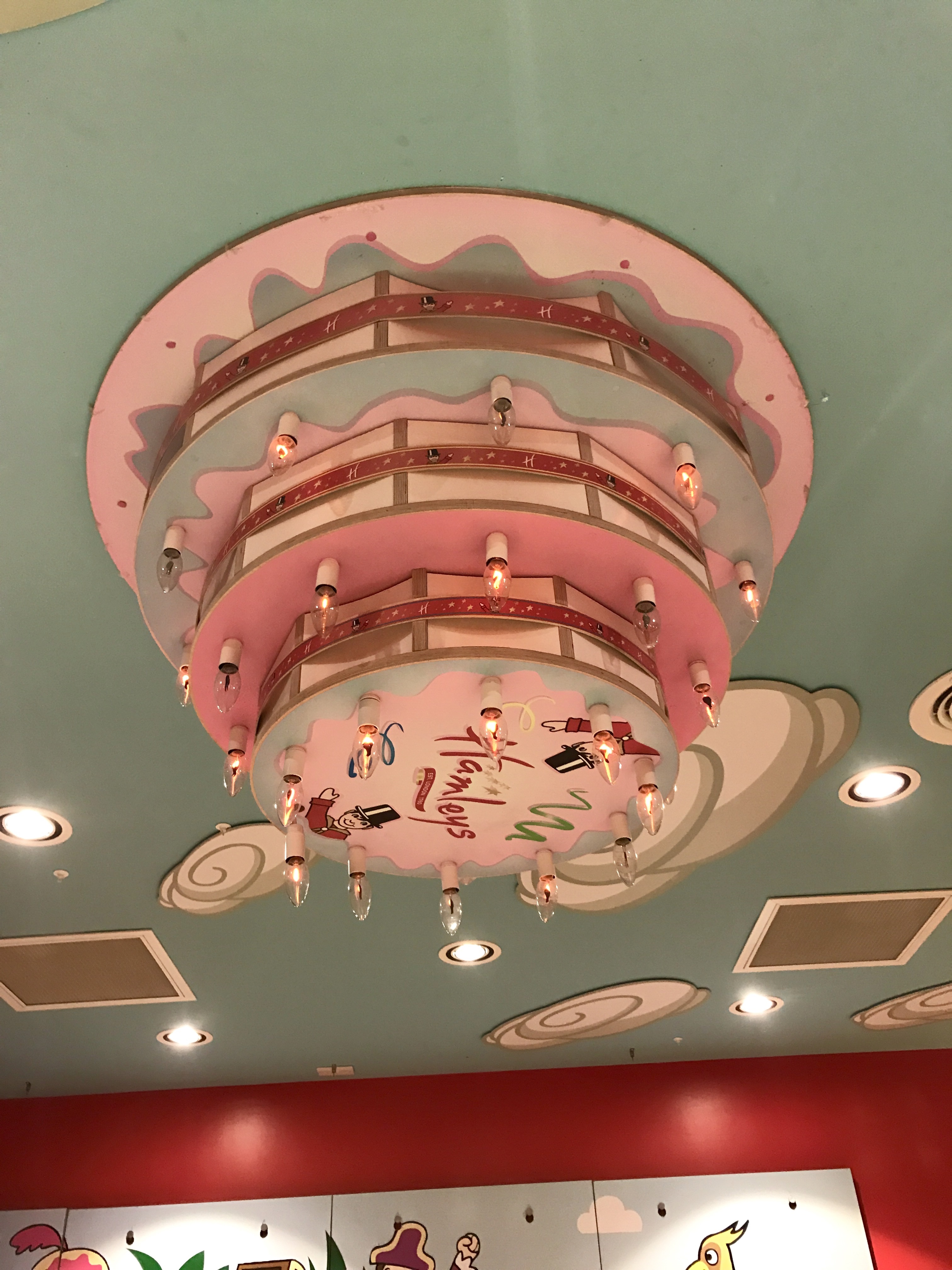 The children were seated at the table to take part in an arts and craft activity, before making their way to the floor for party games, led by the pirate and princess staff. We had a real range of ages, from 2 to about 10, but the games seemed to entertain all the guests. We played classics such as pass the parcel, musical bumps and musical statues, as well as playground favourites such as duck, duck, goose.

The children then sat back down at that table while one of the pirates did some magic tricks and another gave them glitter tattoos. 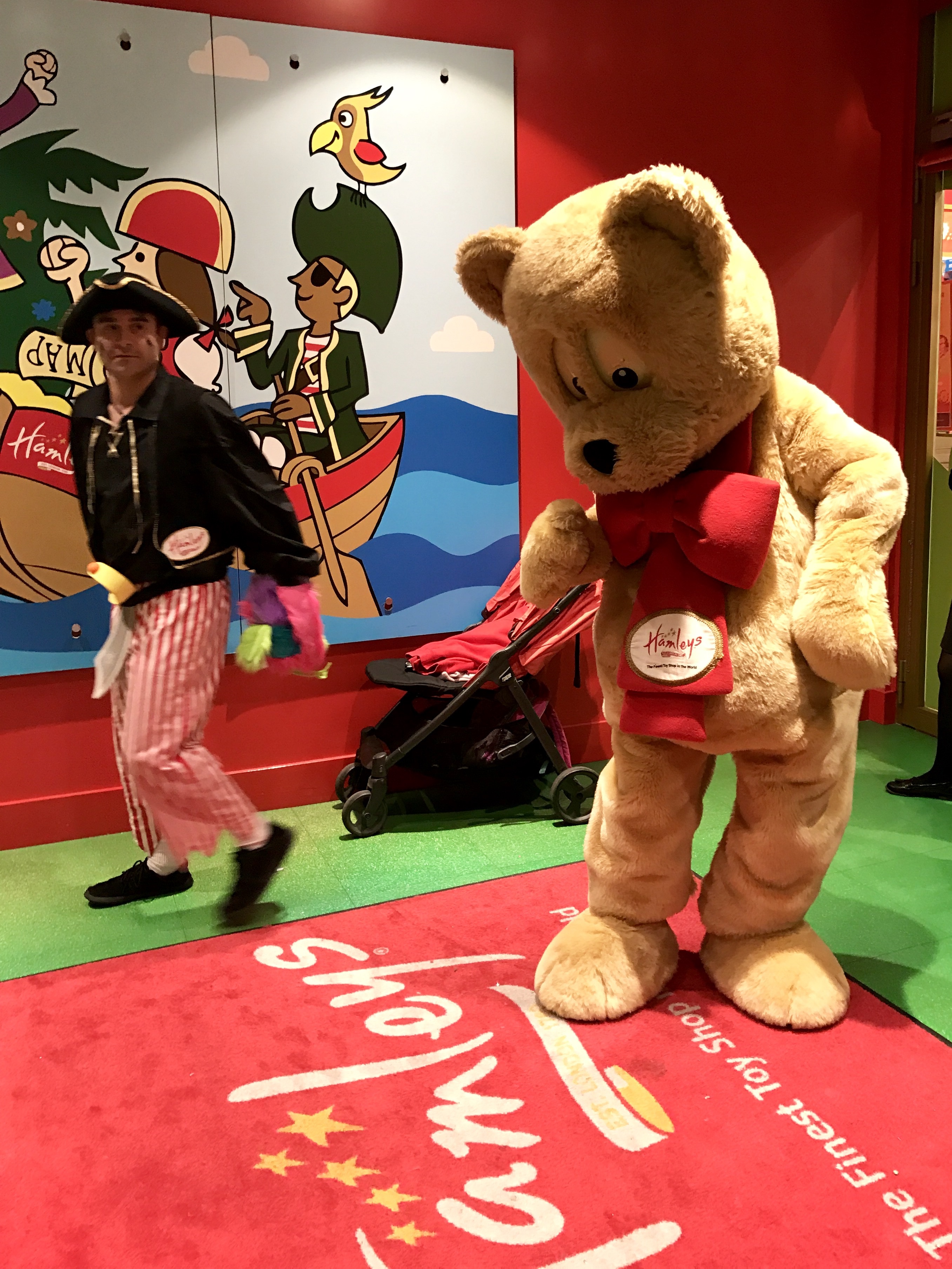 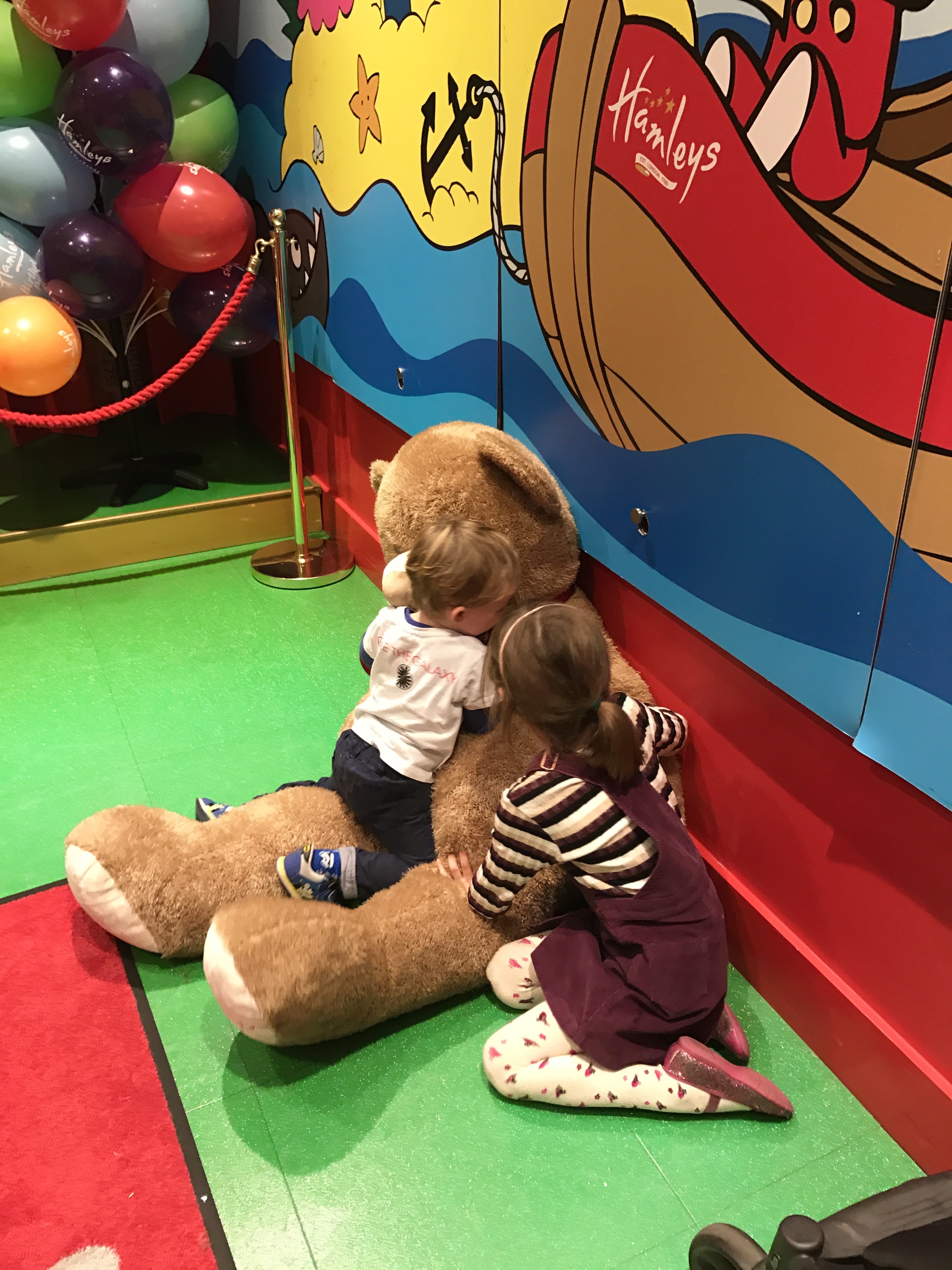 We had a visit from Hamley Bear himself who posed for photos with the children and gave them all big cuddles.

It was then time for more party games, including Hamley Bear’s footsteps (which most children know as Grandma’s footsteps), space hopper races, and a variation on Piggy in the Middle, which saw all the children lying on the floor having to jump up and catch a teddy being thrown over their heads.

Usually the party would include hot food and a birthday cake, but we were there to help the staff train so it was just snacks and squash for us. 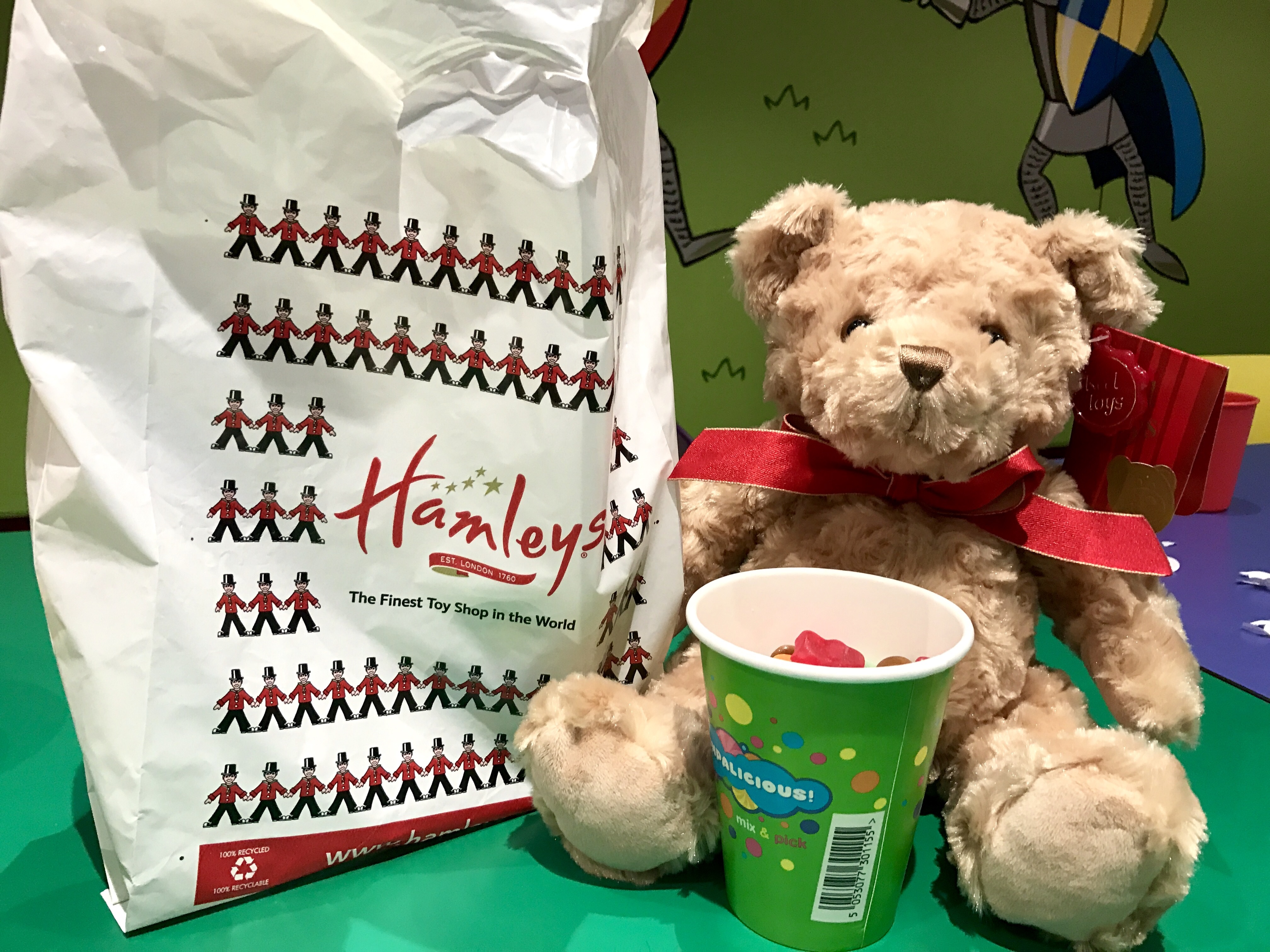 At the end, the children were given party bags which included a Hamley bear and a carton of sweets from the store’s pick-a-mix. At an actual party, the goodie bags are even more generous. Depending on the theme, children could be given one of Hamleys’ boomerangs or a selection of arts and crafts products. The birthday child gets to choose a toy to the value of £25.

My children had a great time; we parents really didn’t need to do anything, because the staff did all the entertaining and the looking after of the children. 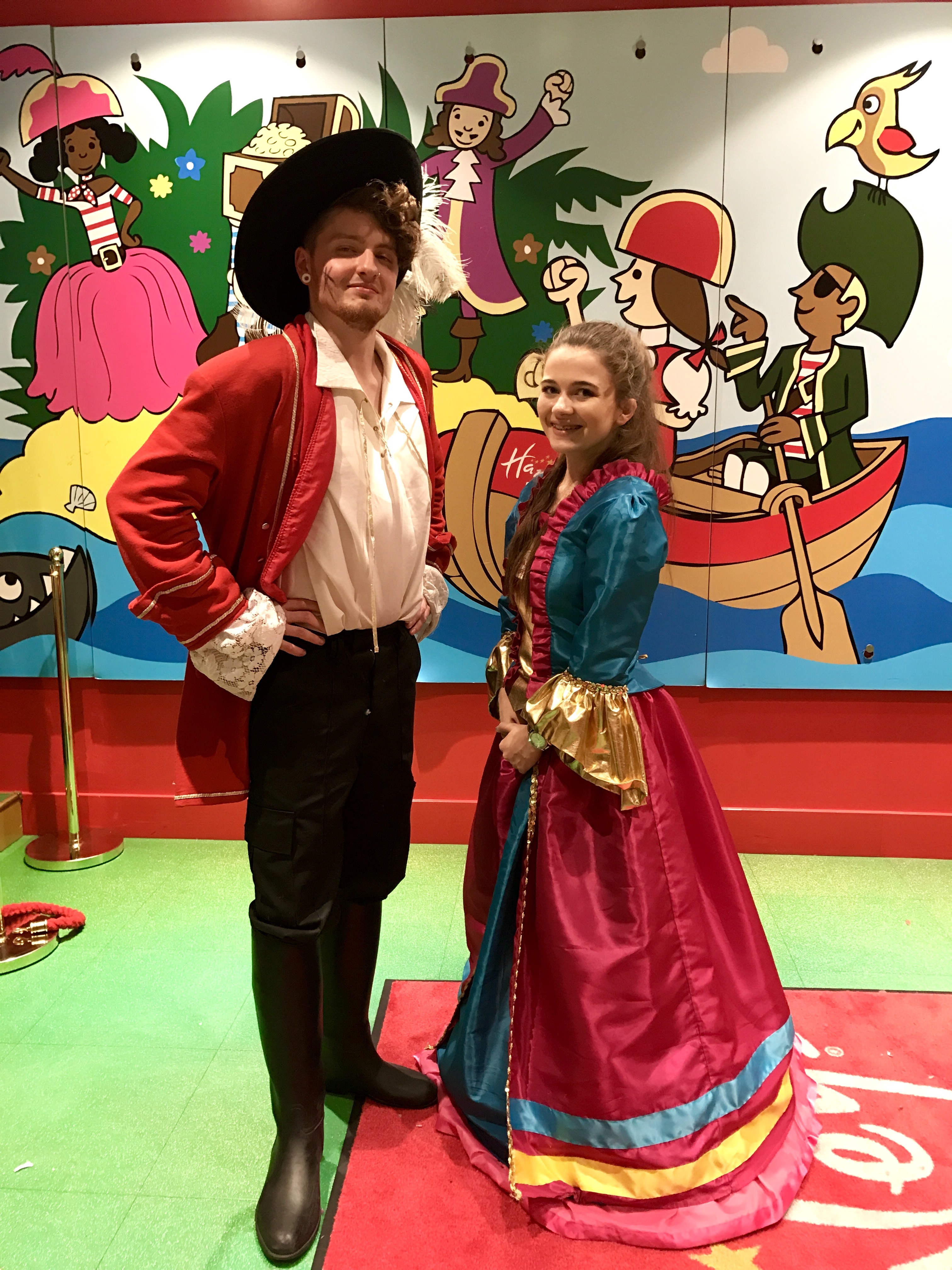 Our verdict. No, it’s not cheap and I know it won’t be affordable for everyone. But, for busy parents with the cash to spare, it takes away every element of stress. No food to prepare, no cake to make, no party bags to put together, no cleaning up afterwards. All you have to do is set a date, give out the invites, turn up (and pay, of course) and let Hamleys do the rest. 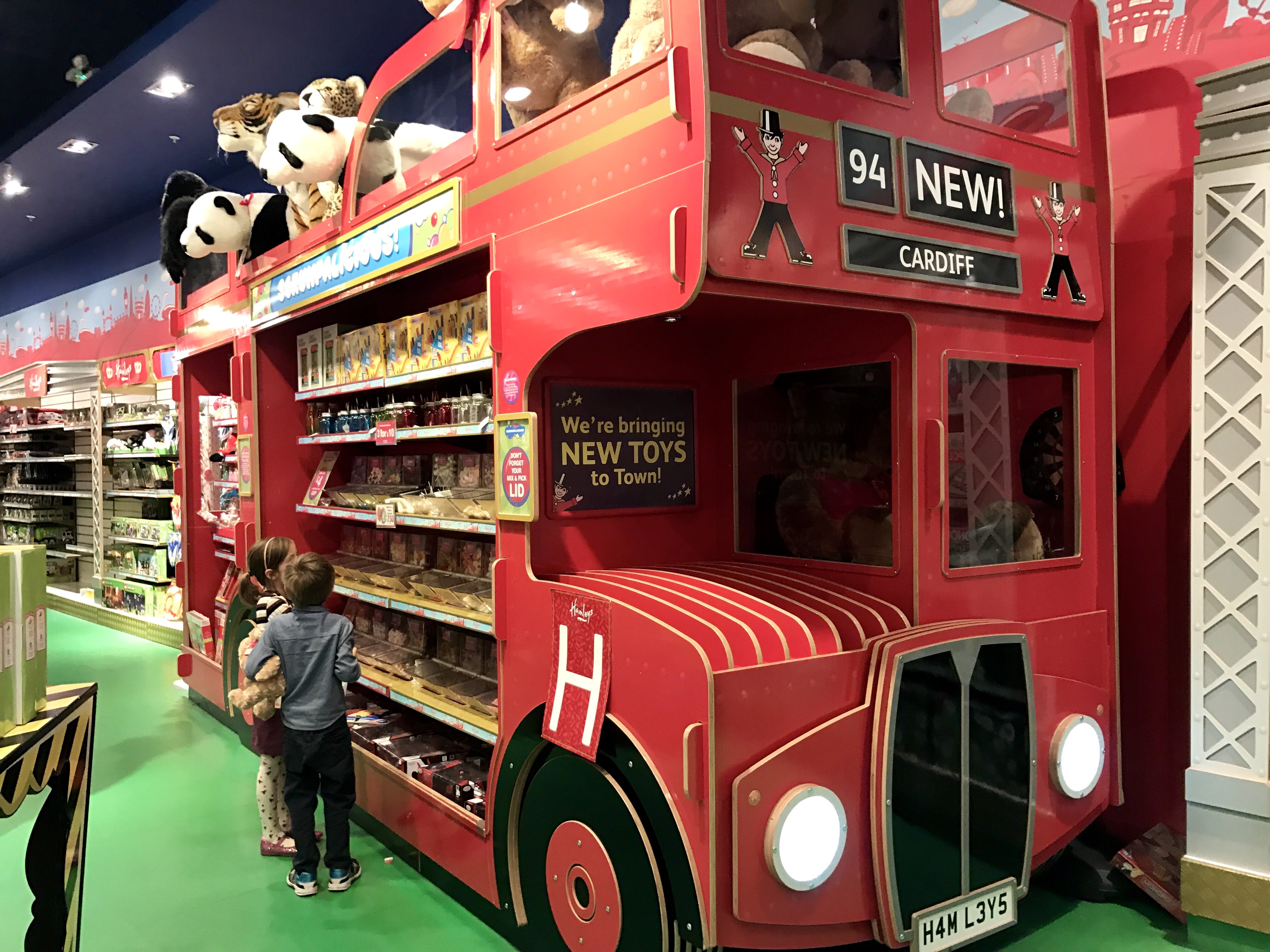 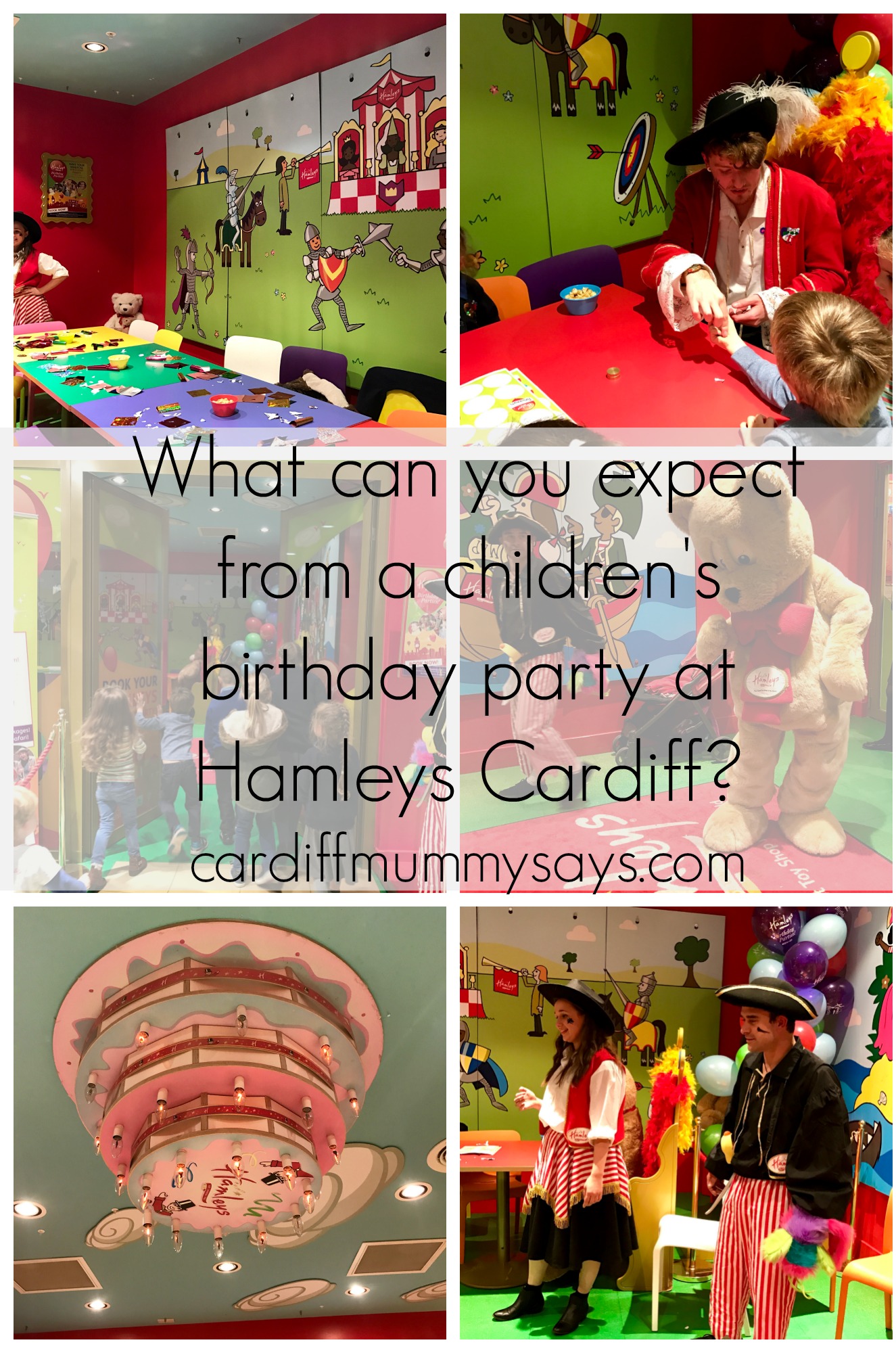 Homepage » Cardiff » What can you expect at a Hamleys Cardiff Birthday Party?

2 Comments to What can you expect at a Hamleys Cardiff Birthday Party?