Nutty Noah might be a children’s entertainer – but I found myself crying with laughter at his show this afternoon.

We saw him at the Village Hotel Cardiff as part of their Easter Sunday family show which combined a three-course meal with magic, music and mayhem.

We’ve previously reviewed a family Christmas panto lunch event at the Village and loved the relaxed dining atmosphere followed by entertainment and today’s Easter event was just as fun with good food and great entertainment.

The Easter menu today consisted of a flavoursome leek and potato soup, a generously portioned roast chicken dinner (mushroom wellington for vegetarians such as me) accompanied by potatoes and veg, and a light and delicate lemon tarte for dessert. Children could opt for child-sized versions of the adult choices, or a fruit pot to start, chicken nuggets and chips for main and a tub of ice cream for dessert. 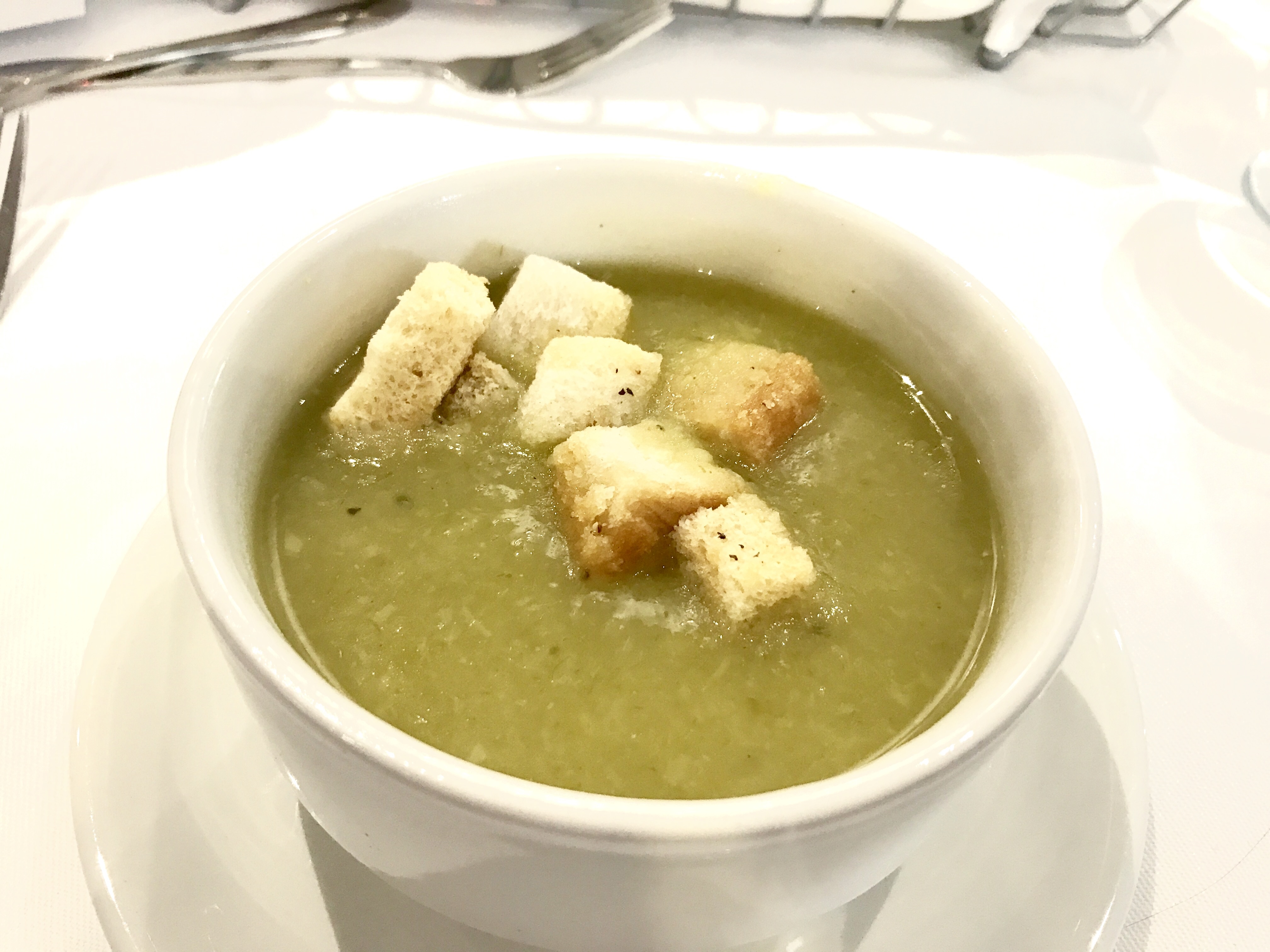 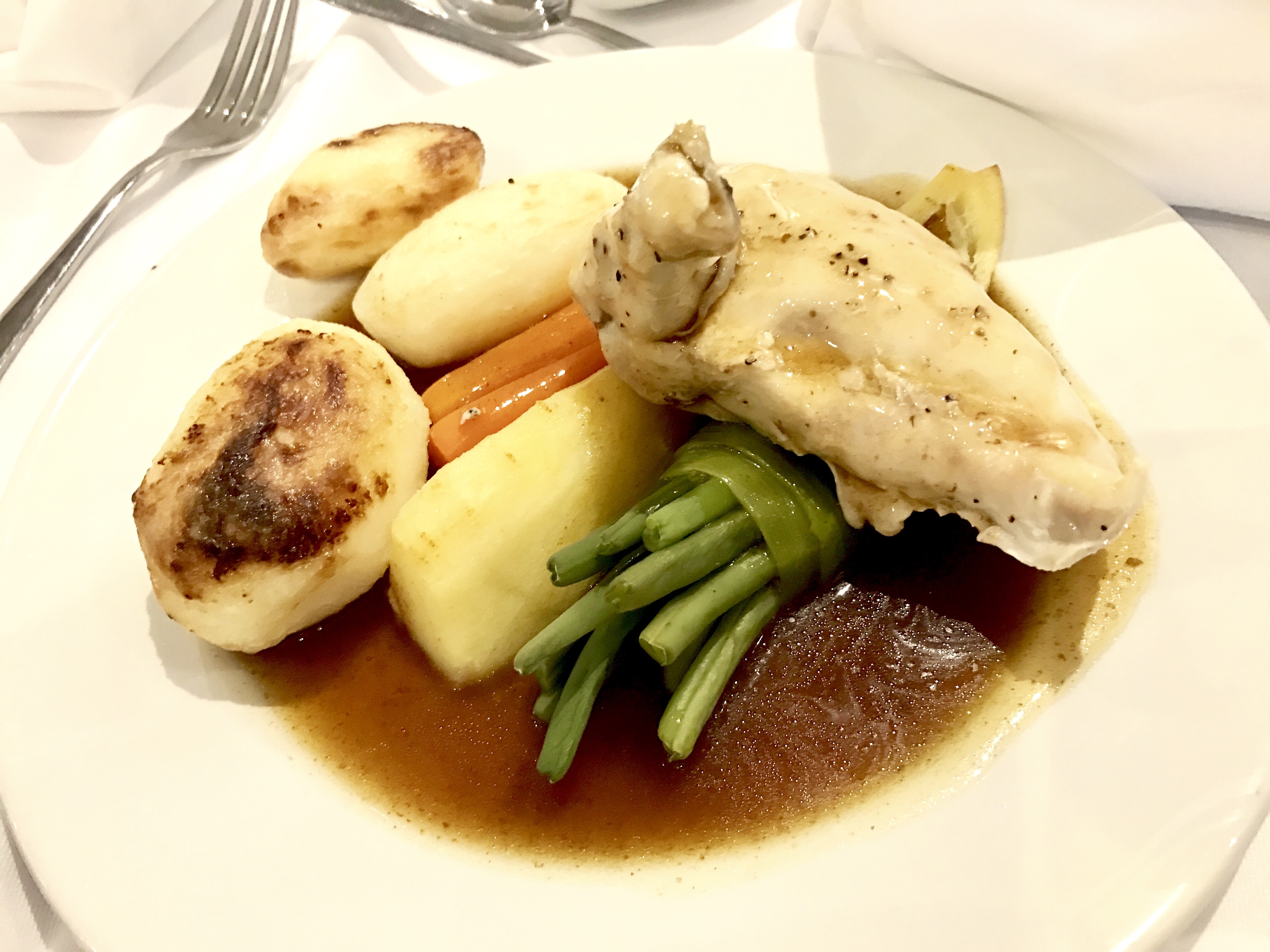 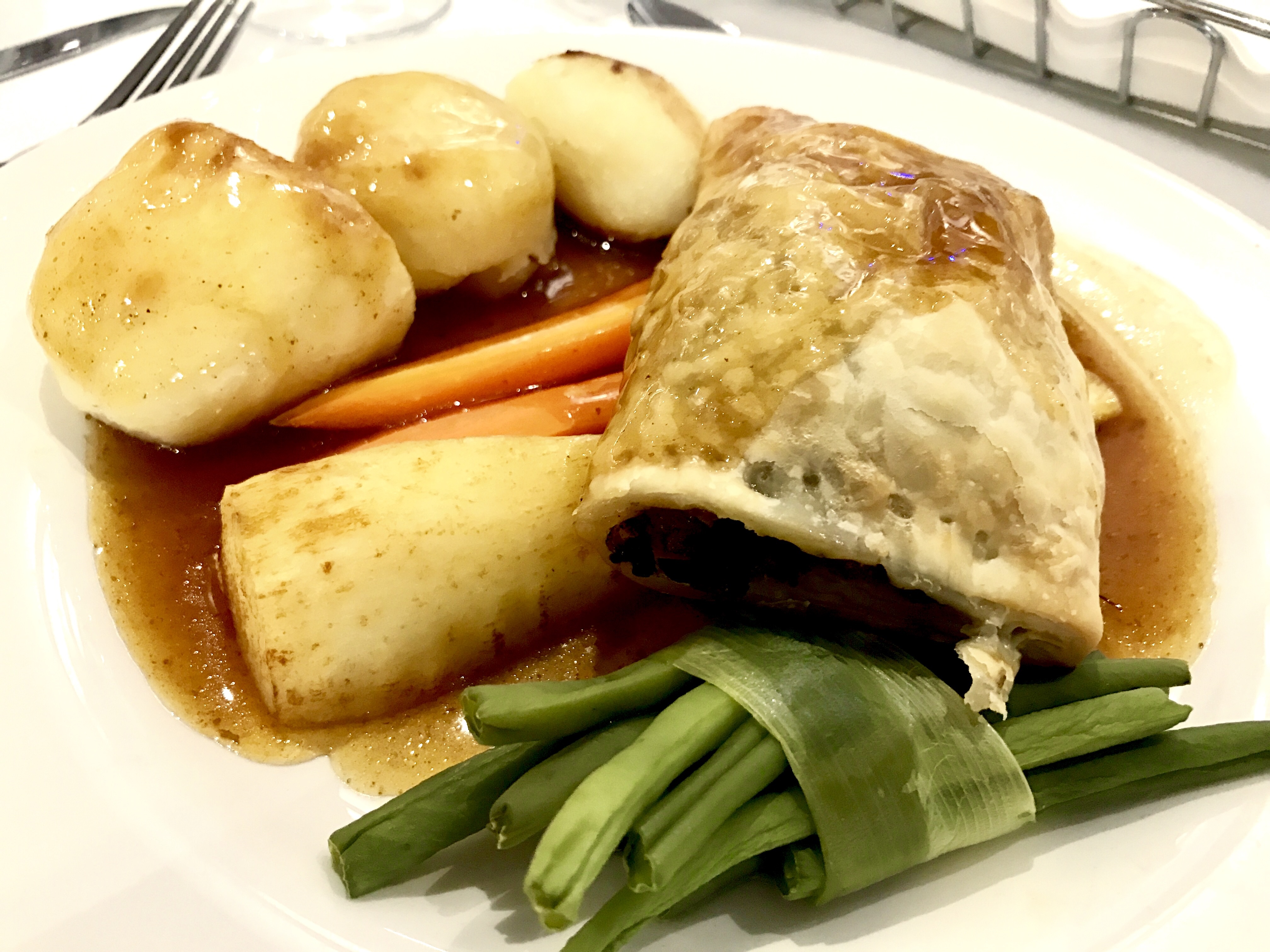 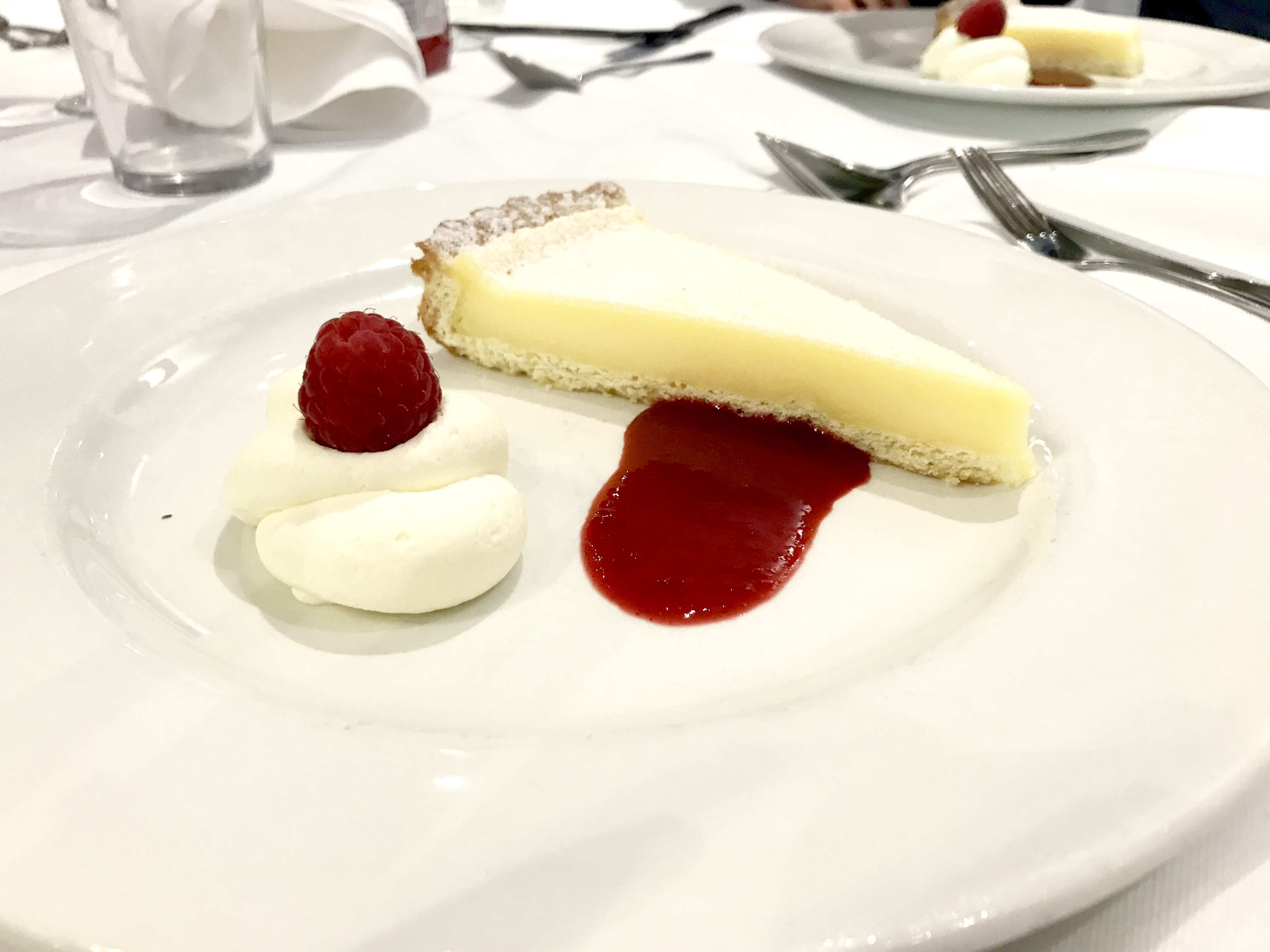 Family groups were seated on their own rectangle tables decorated with white linen and pastel Easter balloons. The food came quickly and was impressive quality for a large function. Cardiff Daddy said he would have liked stuffing with his chicken, but other than that we had no complaints. Well, maybe Toddler did because after scoffing more chocolate than we would have liked all morning, he wasn’t bothered by his roast dinner… and he usually loves them.

In fact, I’ll be completely honest and hope you won’t judge my parenting skills too much, he decided to play under the table while we ate our food and after repeated attempts to get him back onto his chair failed, we left him there so we could get on with eating our meal. I was feeling like the worst parent in the room when I noticed a boy about the same age on another table doing the same. Funnily enough, both came back up to the surface when the ice cream materialised!

During the meal, Nutty Noah visited all the different tables, chatting to children and performing magic tricks. It was a lovely warm up to the main show and the kids really appreciated the personal attention. 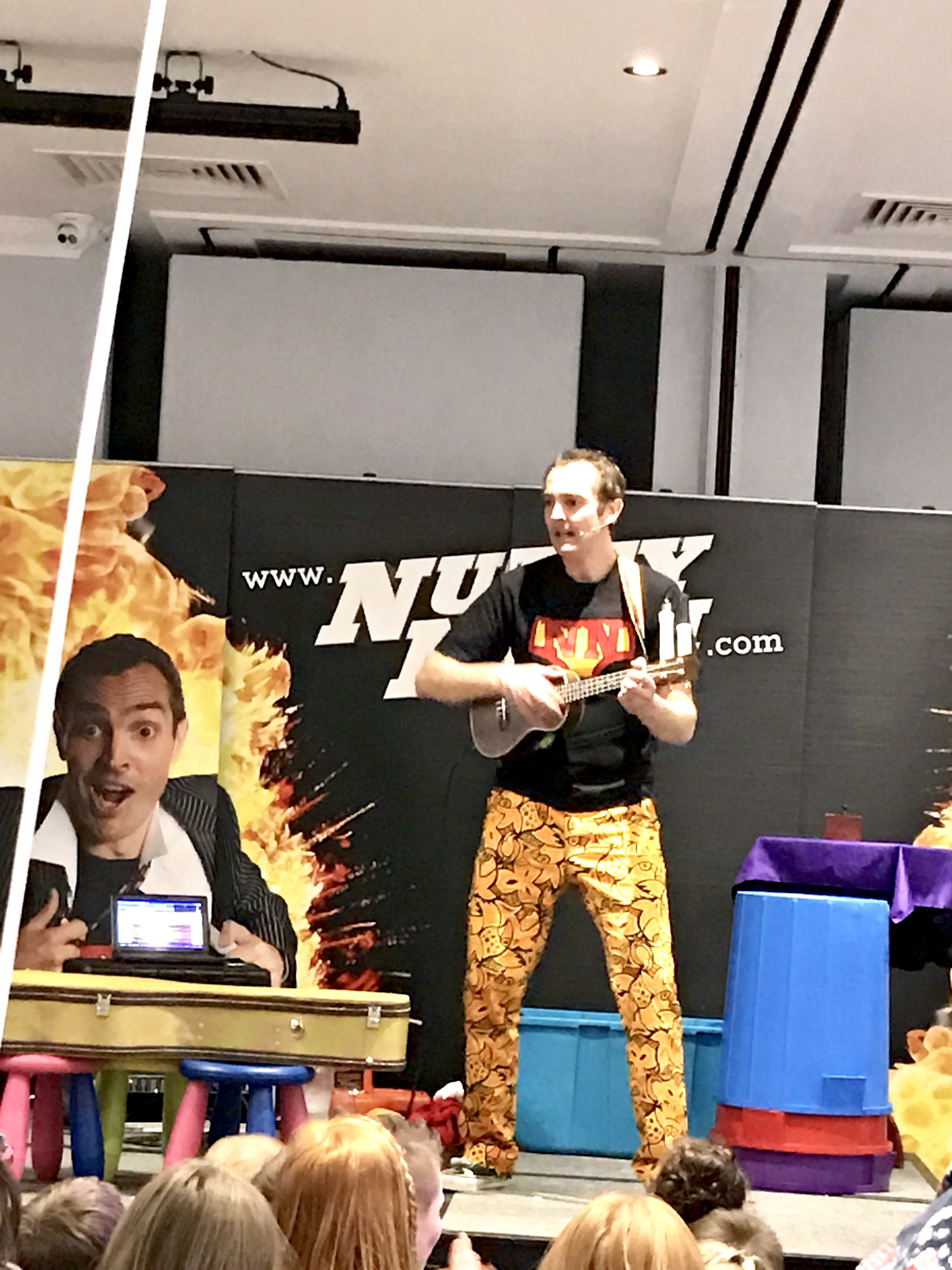 Nutty Noah has more than 20 years of experience as a children’s entertainer – he’s a regular at Center Parcs and even appeared on Britain’s Got Talent. “They loved me so much they gave me four big red kisses straight away,” he tells the audience.

His act includes magic tricks such as disappearing and reappearing objects, and a floating table, getting children from the audience up on the stage and involved. He juggled with snooker balls, and did some balloon modelling… including putting a giant balloon over his head. The children were free to leave their tables and sit on the floor near the stage, which made for a lovely atmosphere.

We loved him best when he’s engaging in mischievous humour. One dad ended up on the stage wearing a mouth mask that turned him into a human ventriloquist puppet. He had no choice but to sing and dance on the stage – and in fairness was a brilliant sport and put his all into it. The audience were weak with laughter, as indeed they were at the subtle grown up humour throughout the show which went right over the children’s head but made us all laugh. 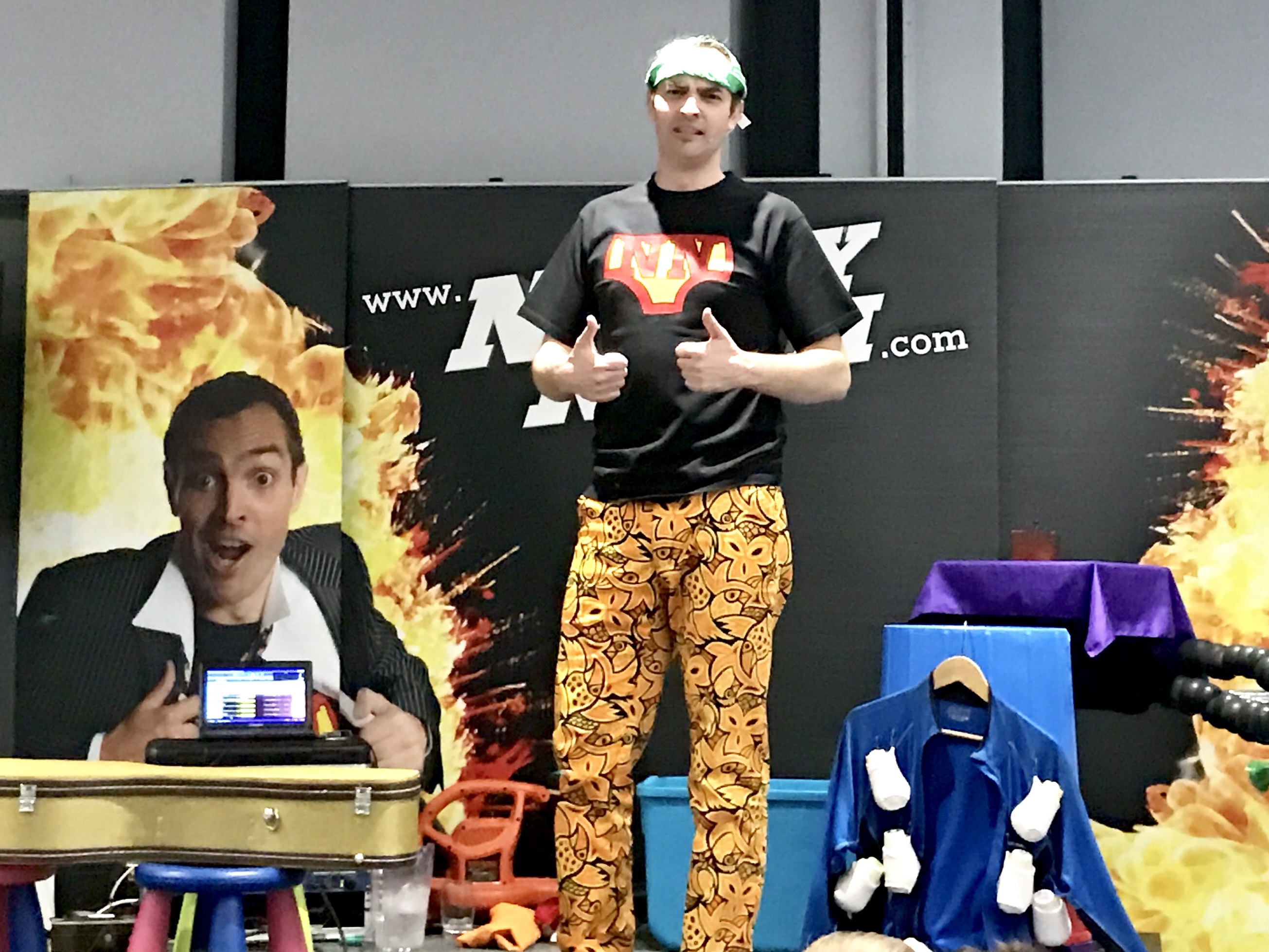 And that’s the sign of a good family entertainer – there’s enough to keep the adults entertained as well as the children.

The afternoon ended with the children being given a Cadbury’s Easter egg each. Even though most of them probably didn’t need any more chocolate it was a nice touch from the hotel, and made persuading them it was time to go home a lot easier.

For more information on events at The Village Hotel Cardiff, see the website. Details of their annual Christmas panto lunch are yet to be announced.