I took my eldest two children, aged 7 and 5, to review the show last night – and it is genuinely one of the best theatre shows I have ever seen (and after 16 years of theatre reviewing, several years of freelance arts PR, not to mention a life-long love of theatre, that’s a lot of shows!).

Yes, tickets are expensive – but when you see the high production values, brilliant special effects, rousing song and dance numbers and wonderful individual performances, you can see why. This is more than just a musical; it’s an unforgettable theatrical experience which left all three of us open-mouthed in awe and completely blown away.

With all the magic of Disney and the wisdom and experience of nearly 50 years of theatre producing from the legendary Cameron Mackintosh, the show is heavily influenced by the film at times. But it also confidentially includes several new scenes and musical numbers which only add to the magic. 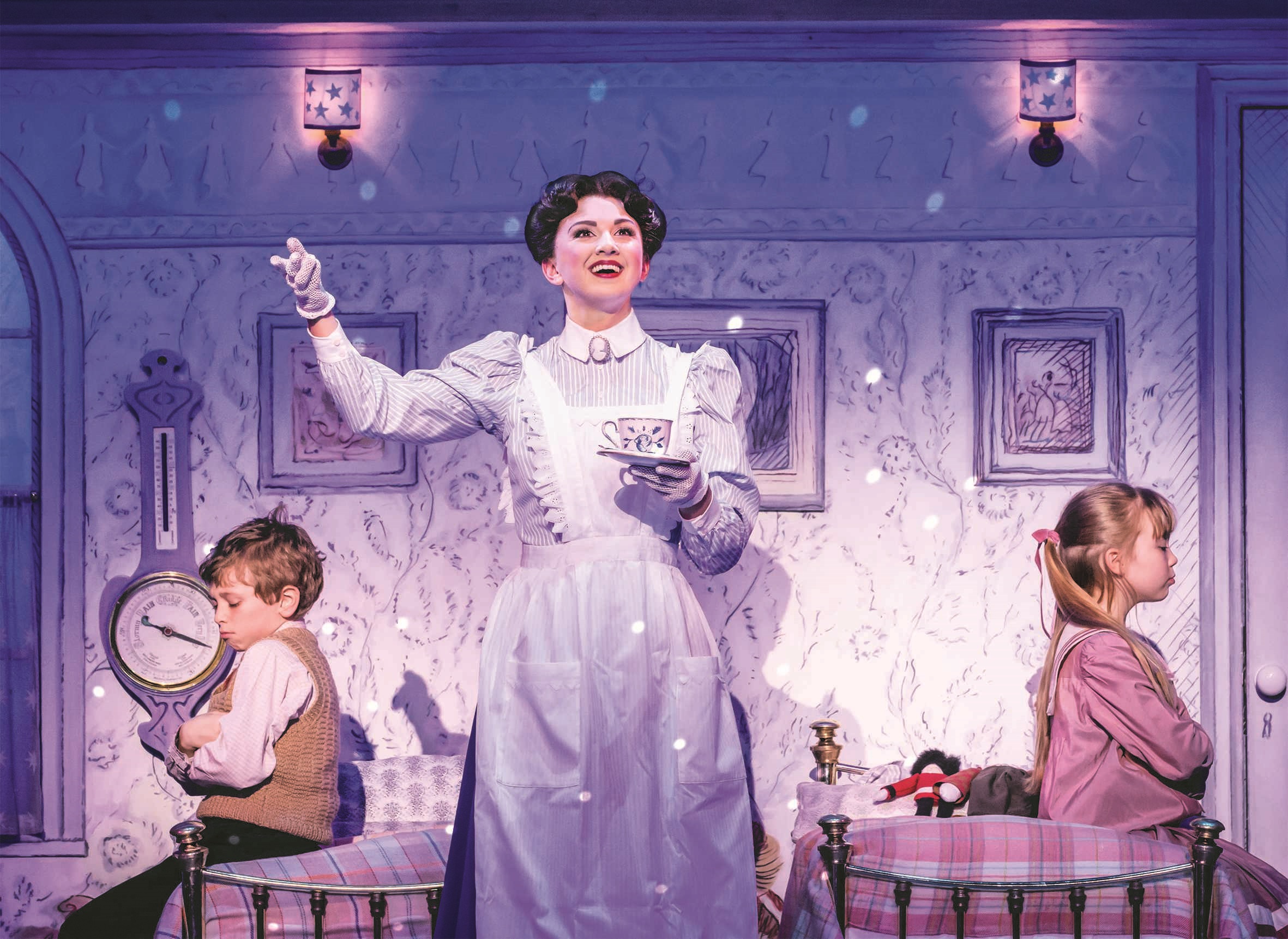 Favourite songs such as A Spoonful of Sugar, Supercalifragilisticexpialidocious, Feed The Birds, Jolly Holiday and Chim Chim Cher-ee all feature – although not all of them in the same way as in the film.

Supercalifragilisticexpialidocious, for example, is part of a new scene in Mrs Corry’s shop, which sells words. Mary Poppins asks her for “an ounce of conversation”, with Mrs Corry (played by a delightfully flamboyant Wreh-Asha Walton – pictured below) saying she’s all out of conversation – but does have some letters and some backchat. 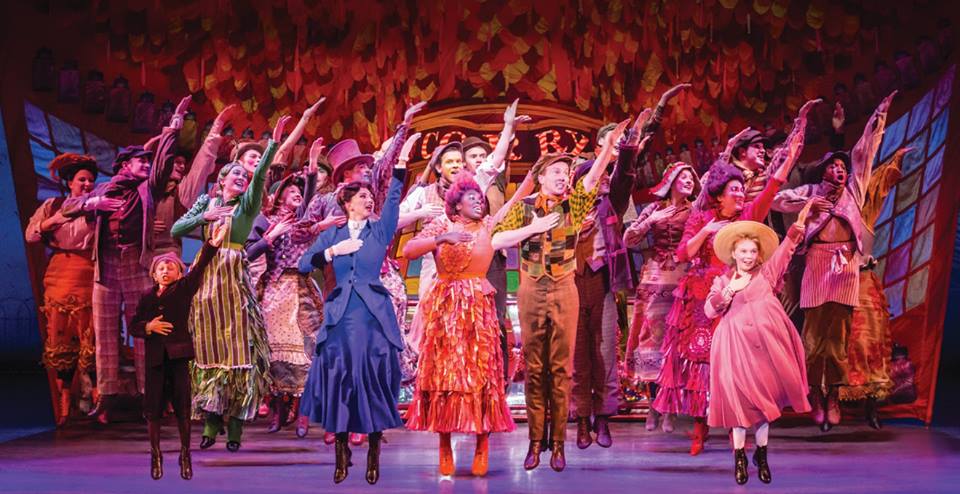 New songs such as Practically Perfect and the inspiring Anything Can Happen from the Olivier-award winning British duo George Stiles and Anthony Drewe fit in perfectly with the original music from the famous Sherman brothers, Richard M and Robert B.

Zizi Strallen is Mary Poppins. She’s very clearly modelled on the unforgettable Julie Andrews from the film – but makes the role her own with such confidence and clarity of voice. She’s witty, sharp but ultimately kind and caring, and the audience love her. She’s such a natural on the stage – and it’s definitely in her blood. Zizi is the niece of the wonderful Bonnie Langford, and her sisters Scarlett, Summer and Sasi are also actresses, with Summer having previously played Mary Poppins too. 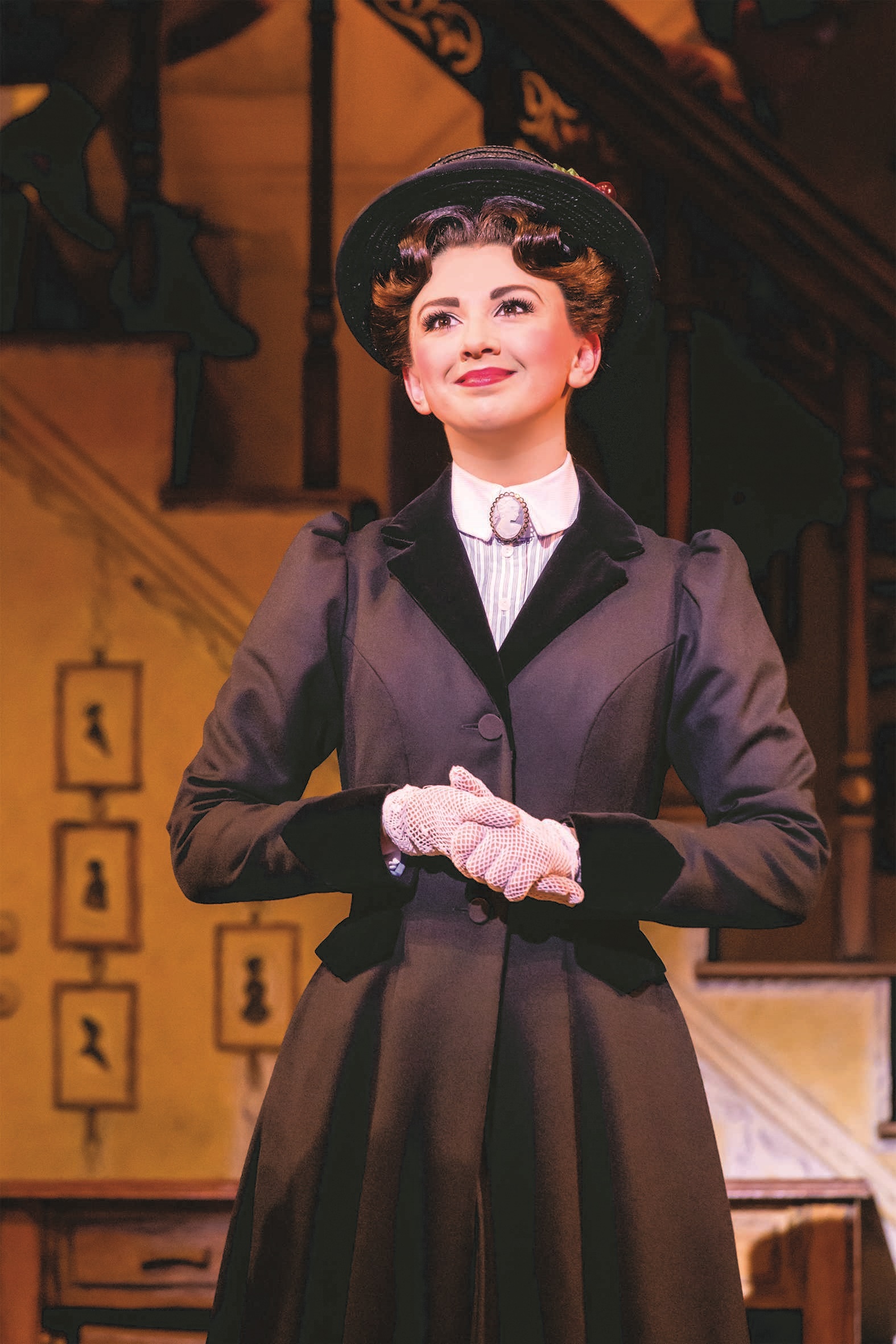 Australian Matt Lee is Bert. Again, his character is very closely modelled on Dick Van Dyke in the film, but he owns it with his amazing energy and incredible dancing.

There are five sets of children playing Jane and Michael Banks. We saw Verity Biggs, aged 11, and Lewis Fernee, aged 9, and they were absolutely brilliant. They are on the stage for such a lot of the show, and have so many words and movements to learn, it’s very impressive considering their young ages. The children are way cheekier and more badly behaved than their film counterparts. As my seven-year-old daughter Little Miss E piped up midway through “Those children are really rude.” Until, that is, Poppins works her magic and we see them realising what is important in life. 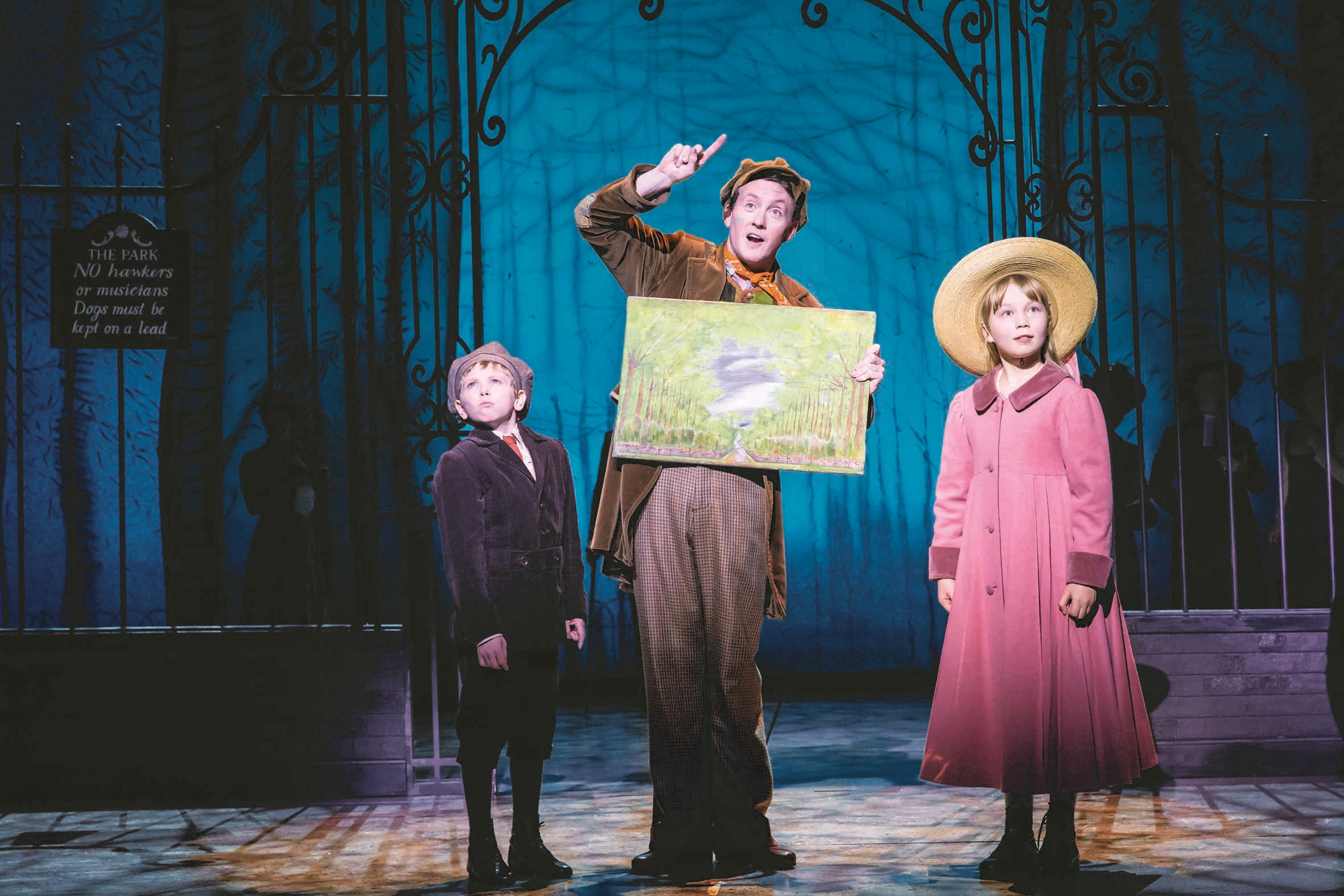 Neil Roberts and Rebecca Lock play their parents, George and Winifred Banks, with each having their own back story. George’s childhood nanny, the stern Miss Andrew (who later appears, played by Penelope Woodman, brandishing her brimstone and treacle medicine), has made him the emotionally-detached work-focused man of today, although with Poppins’ help, he soon realises the value of family.

The musical also examines the role of women in society at the turn of the last century. There’s none of the suffragette movement from the film, but in hertouching solo Being Mrs Banks, Winifred admits to struggling with her role. She laments having “a name which tells the world I’m someone else’s wife” and having to host parties for people she doesn’t particularly like.

The choreography is breathtaking throughout, and no wonder with the globally-acclaimed Matthew Bourne at the helm. Step in Time, with a slick tap-dancing routine from Bert, Mary and the chimney sweeps is one of the show’s highlights for me. 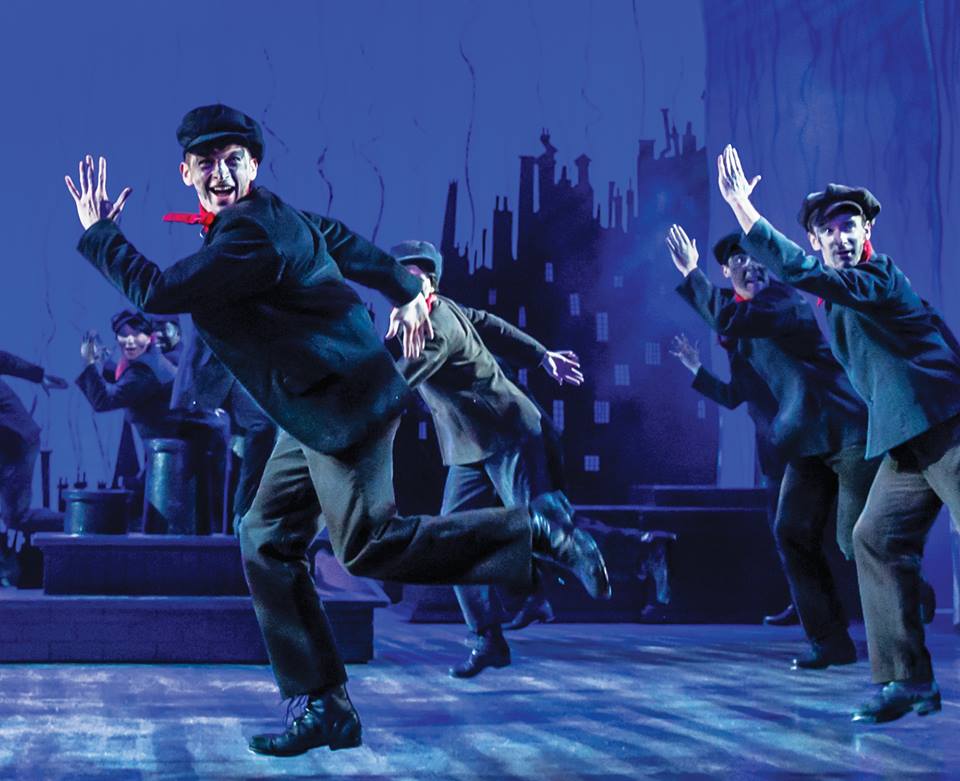 All of this talent is set against the most wonderful staging. From the Banks’s house, which seamlessly folds open and closed, to the black and white interior of the bank where George works, the rooftops of London where we meet Bert’s chimney sweep friends, projections and light displays across the auditorium, the production and technology values are highly ambitious and impressive.

And as for the special effects. I am not going to spoil it for you, but both Bert and Mary have their own magical moments where you could hear the gasps in the audience all around.

I had tears in my eyes at Mary’s incredible departure at the end of the show. And I wasn’t the only one, with a couple of my journalist friends also in the audience admitting they too had found themselves choked up.

This show is really quite something. To quote Mary herself, “practically perfect in every way”. I didn’t want it to end.

Thanks to Wales Millennium Centre for inviting us along to review.