As I mentioned recently, I’ve been feeling a bit overwhelmed with the busyness of life. And so on Friday morning, in an attempt to escape the bustle of city living for some fresh air and something more serene, Littlest and I went on an adventure to Forest Farm Nature Reserve and Glamorganshire Canal in North Cardiff. 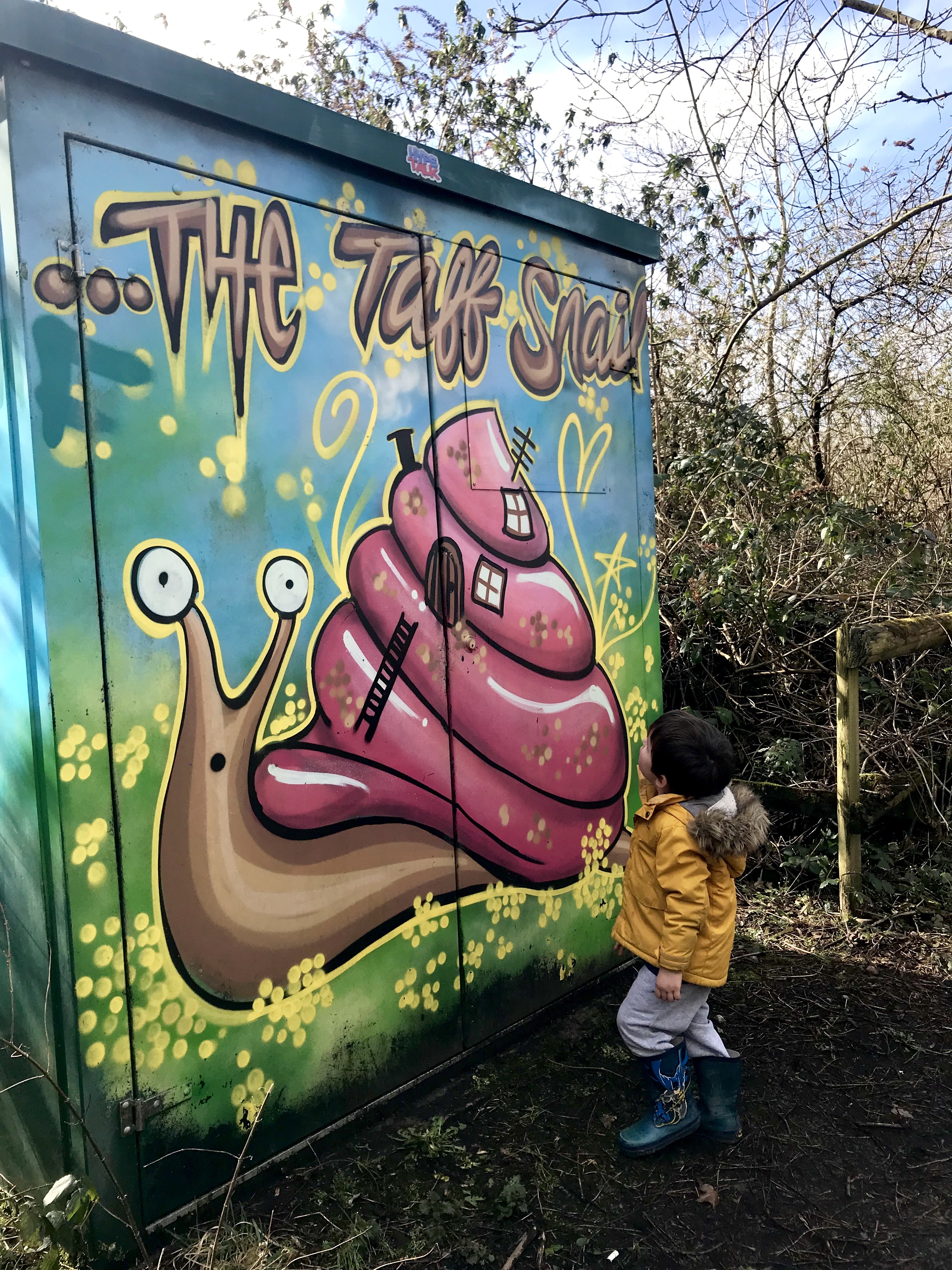 It’s somewhere we have visited and written about previously, but this is our first trip in a while. A lot has changed since we were last there so I thought it was worth an update.

Centred around the remains of the old Melingriffith tin plate works and Cardiff Railway, this hidden gem is a real haven for wildlife with the freshwater canal home to kingfishers, herons and many other bird species.

I love that even though it’s not far from busy Coryton and Whitchurch, you really feel like you are a world away in the countryside. To get there you can either turn off the Velindre roundabout in Whitchurch and head down Forest Farm Road, or go via Longwood Drive at Junction 32 of the M4. Or access it as part of the Taff Trail. 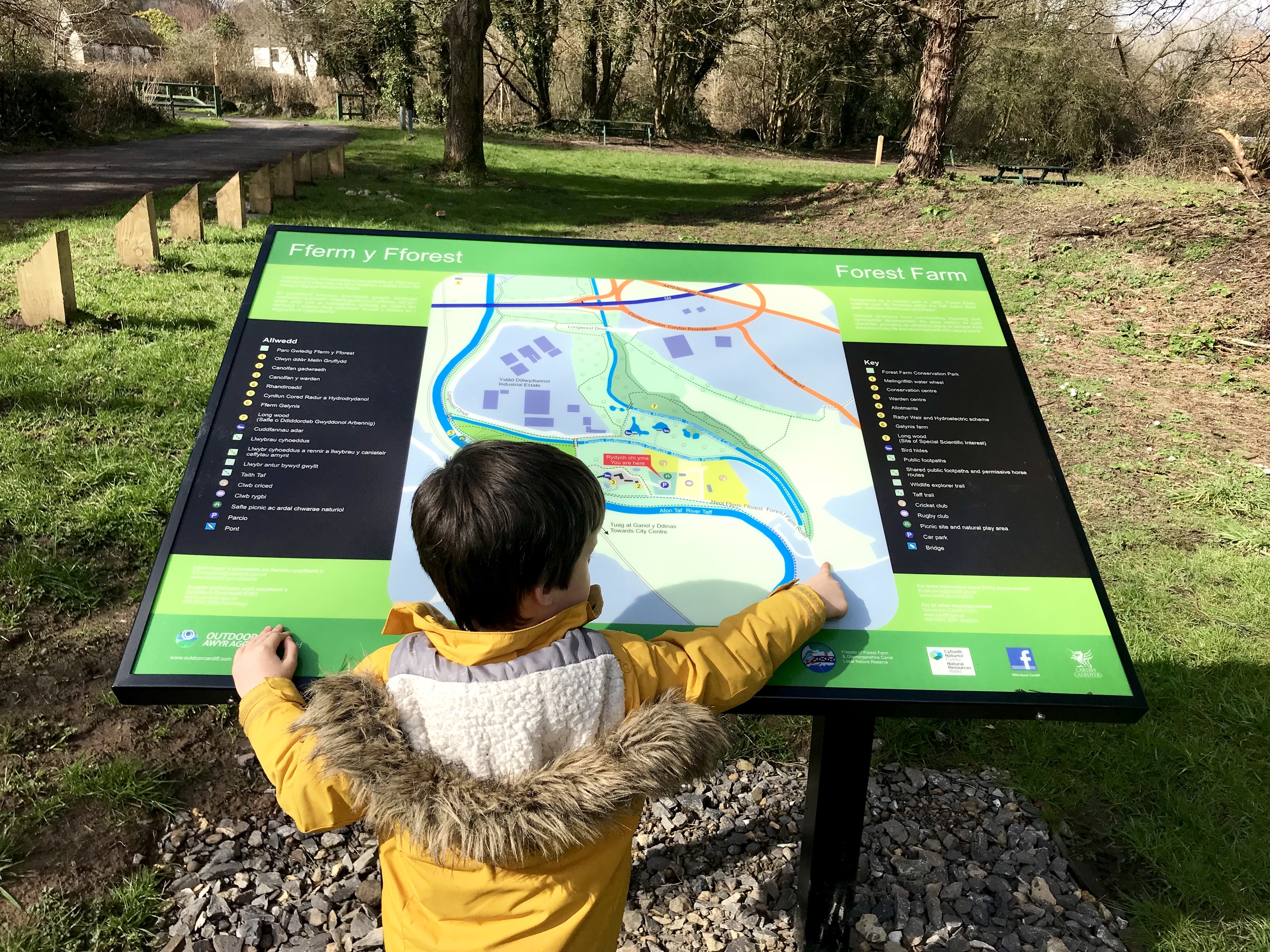 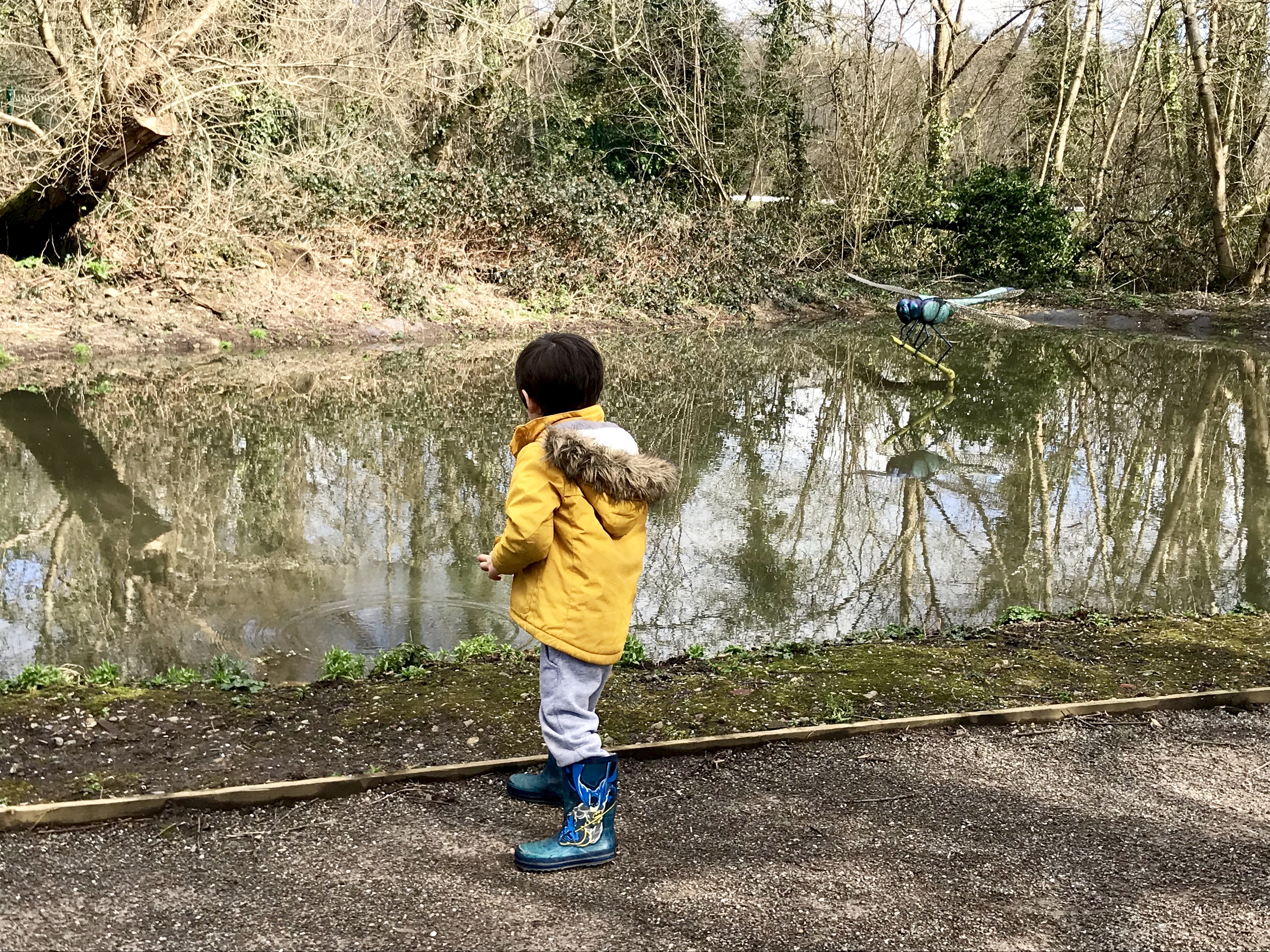 Forest Farm was farm land for more than 1,000 years, until 1979. Since 1981, the site has been developed as a conservation centre, with the volunteers of the Friends of Forest Farm dedicated to looking after it.

We parked in the main car park – which is handily situated next to the wooden play area. This opened at the end of last year and is a really lovely addition to an already beautiful location.

As soon as you park you can’t help but notice the wooden giant carved out of an old tree trunk. The intricate statue is huge with such incredible detail in the carving. Randomly, he’s currently sporting an orange traffic cone on his head. 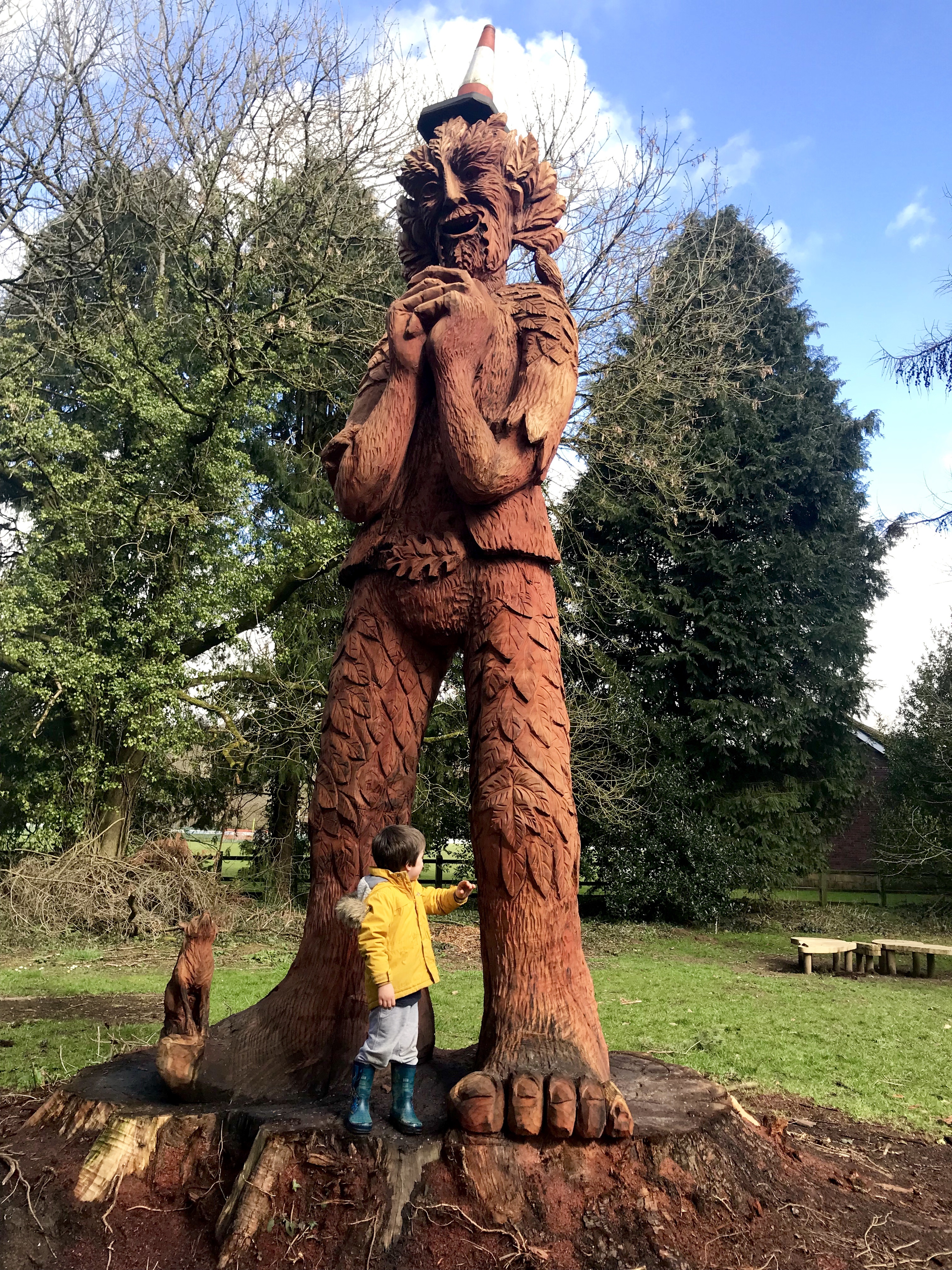 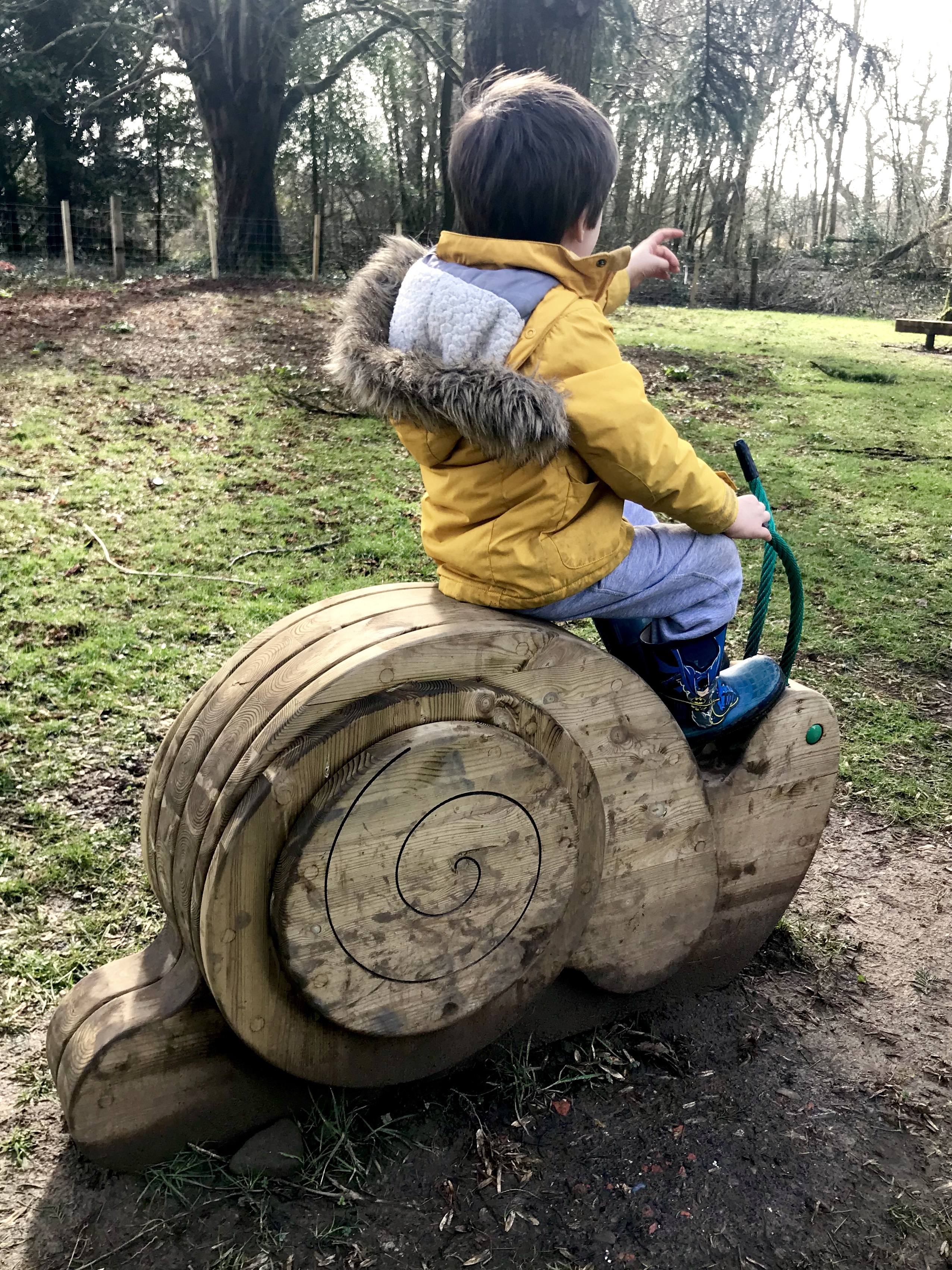 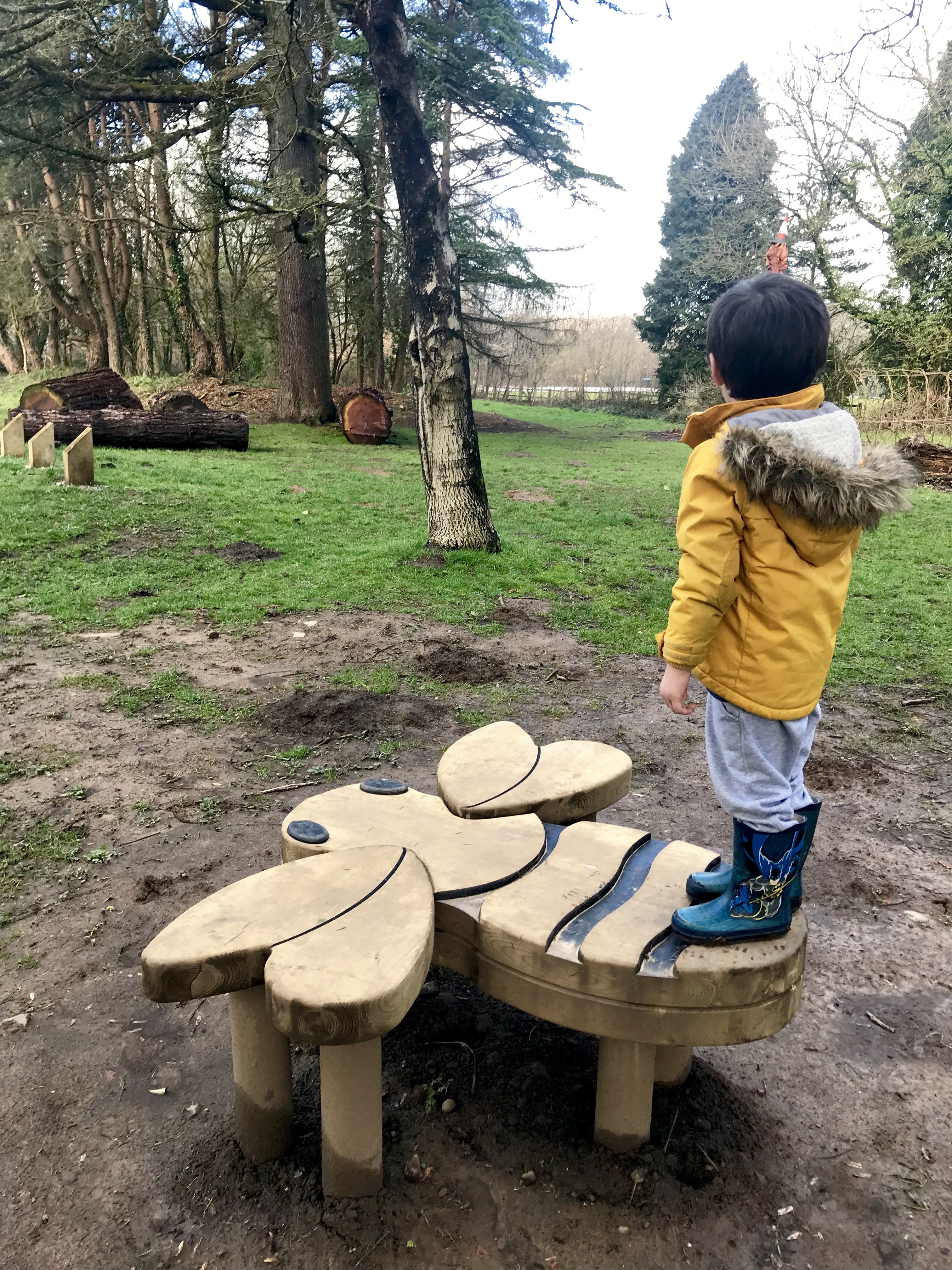 The play area includes a wooden obstacle course of balance beams and stepping stones. There’s also a variety of carved wooden insects to climb on such as a snail and dragonfly plus a woven wicker tunnel. We spent about 40 minutes in the playground and had the place completely to ourselves. That solitude was just what I needed! 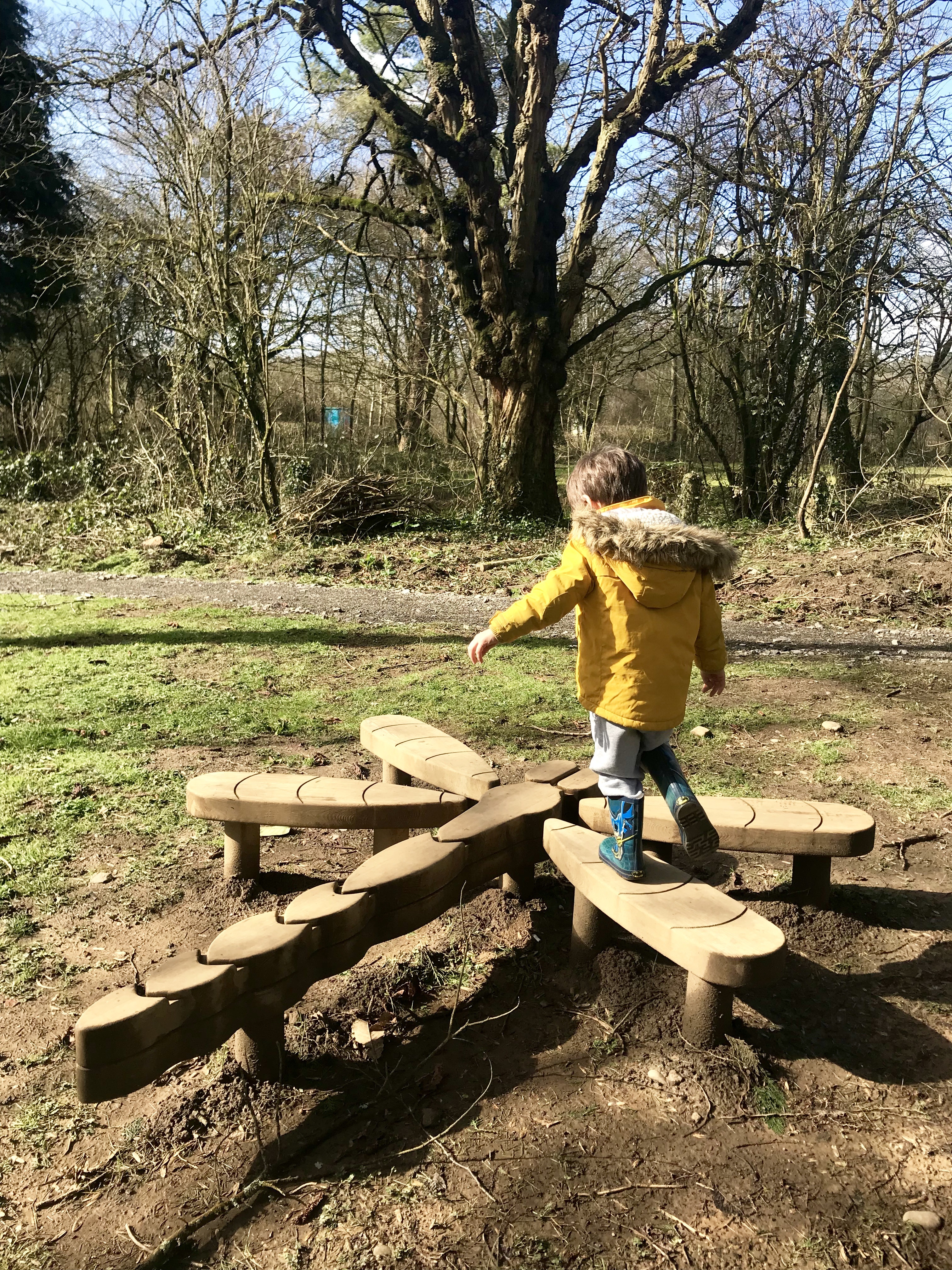 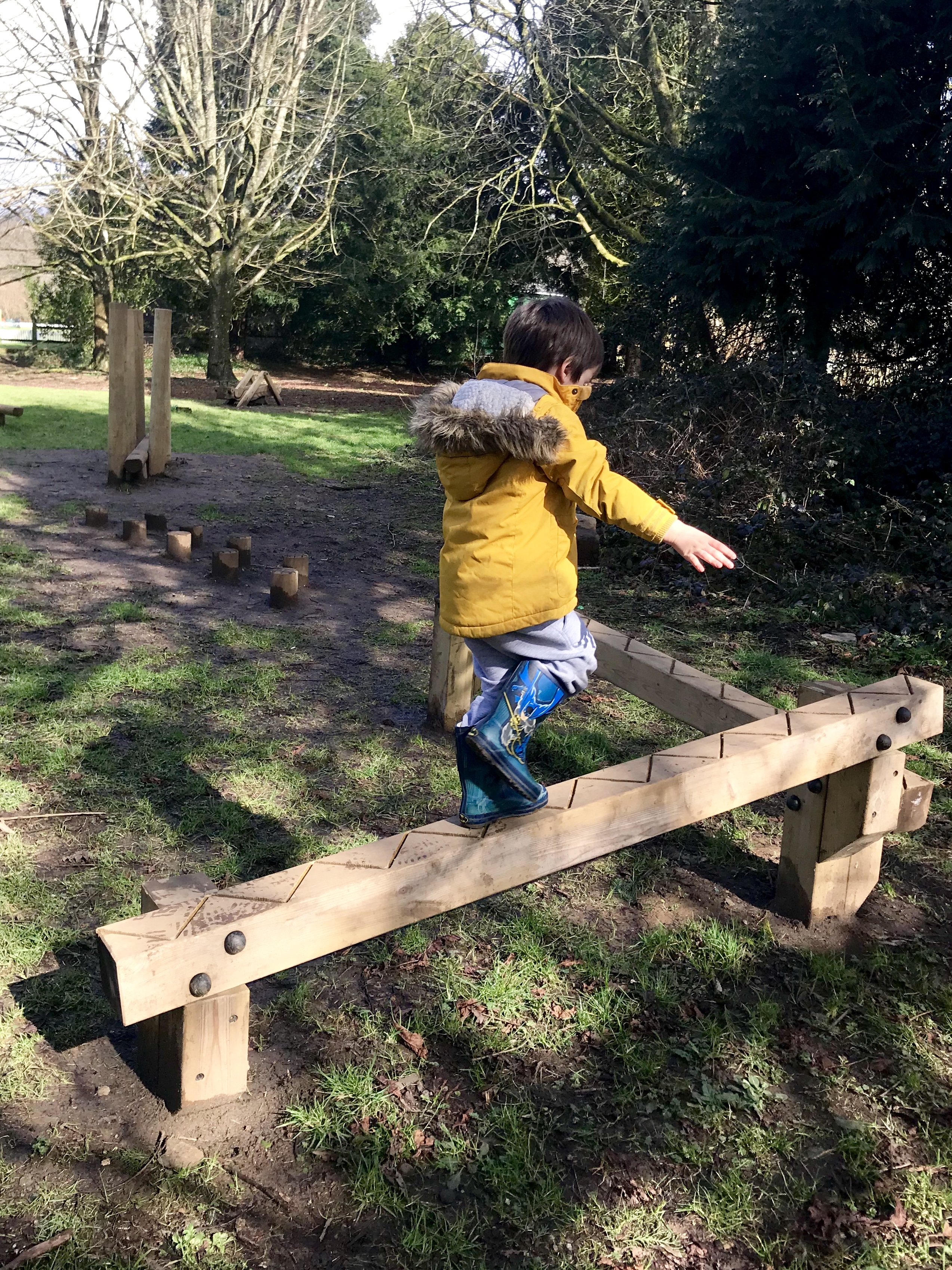 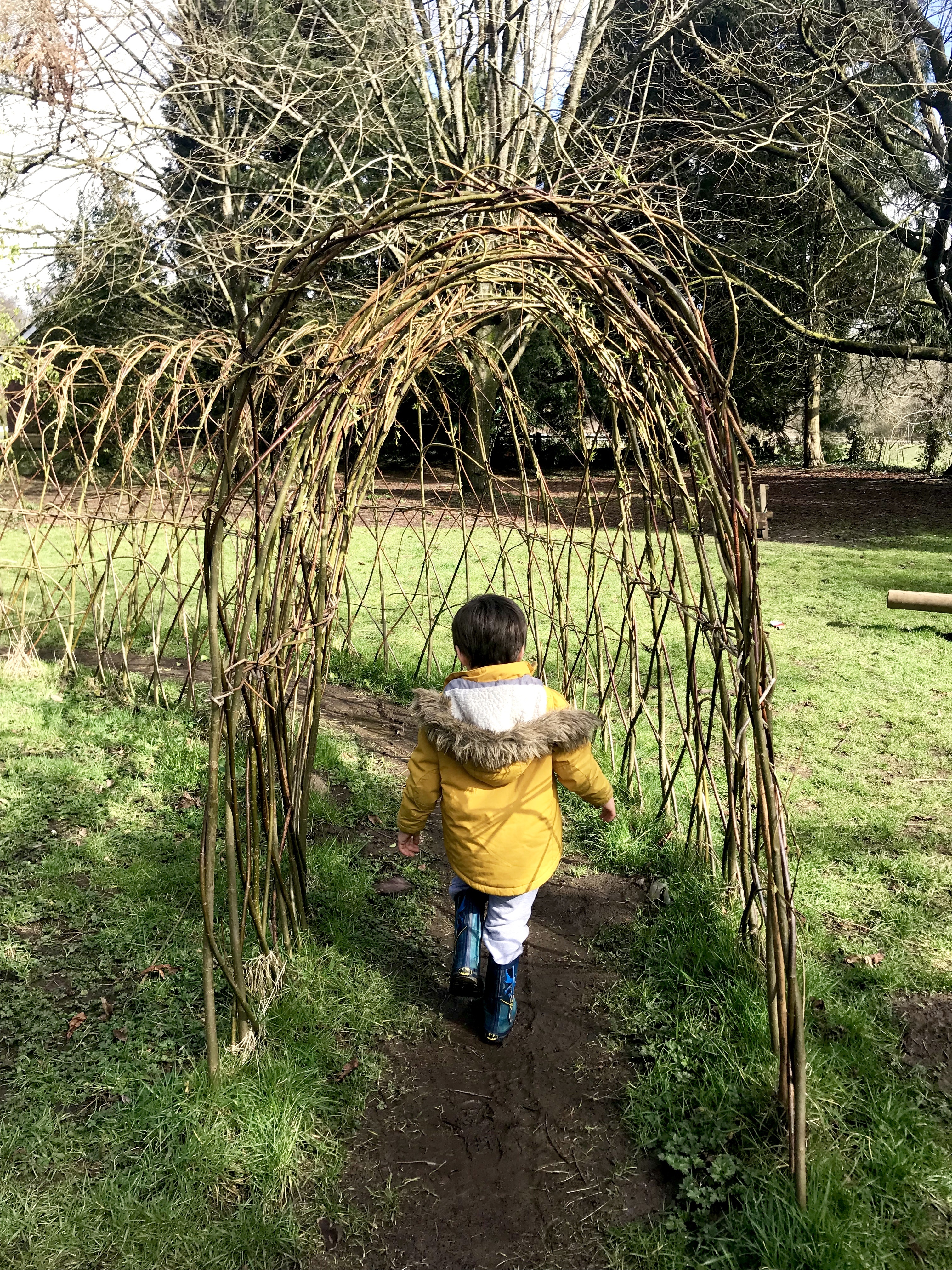 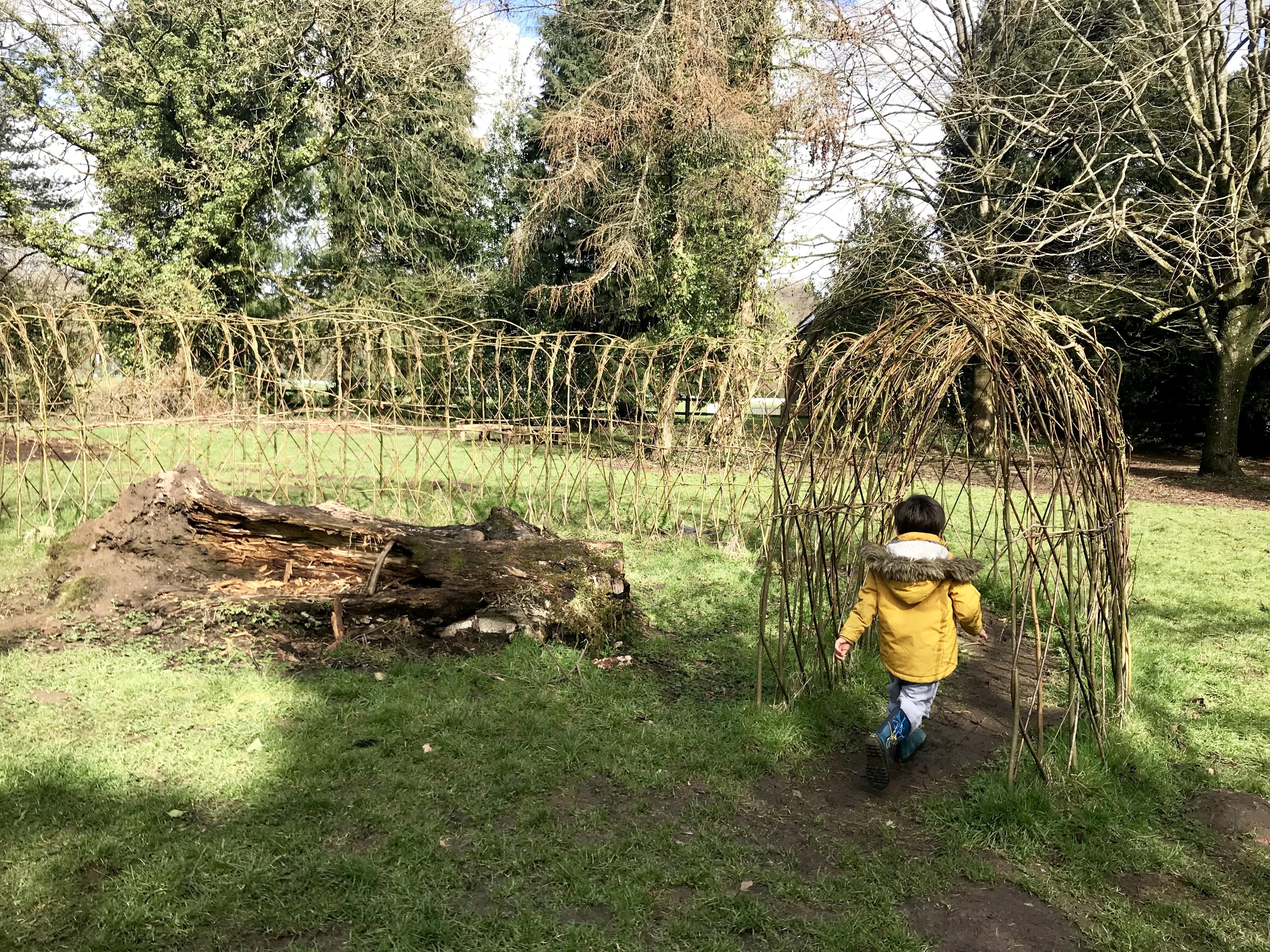 From there, we headed across the road to the warden’s cottage and the conservation centre. We loved the huge mural of flowers and trees on the back of the one of the buildings.

Next to the pond we found a beautiful carved wooden butterfly plus a caterpillar and a cocoon. Littlest loves the book The Very Hungry Caterpillar by Eric Carle so we had fun retelling the story inspired by the carvings. 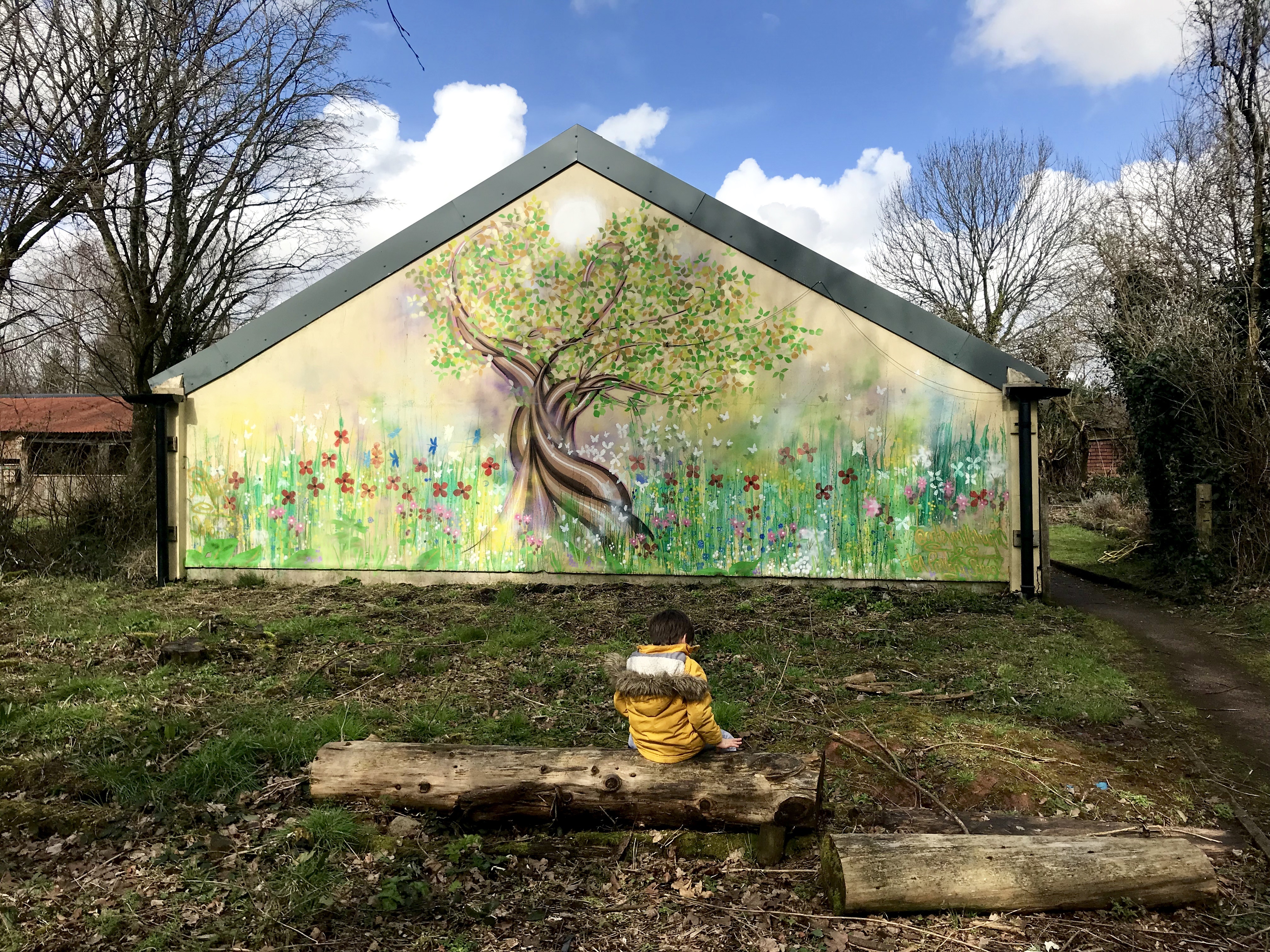 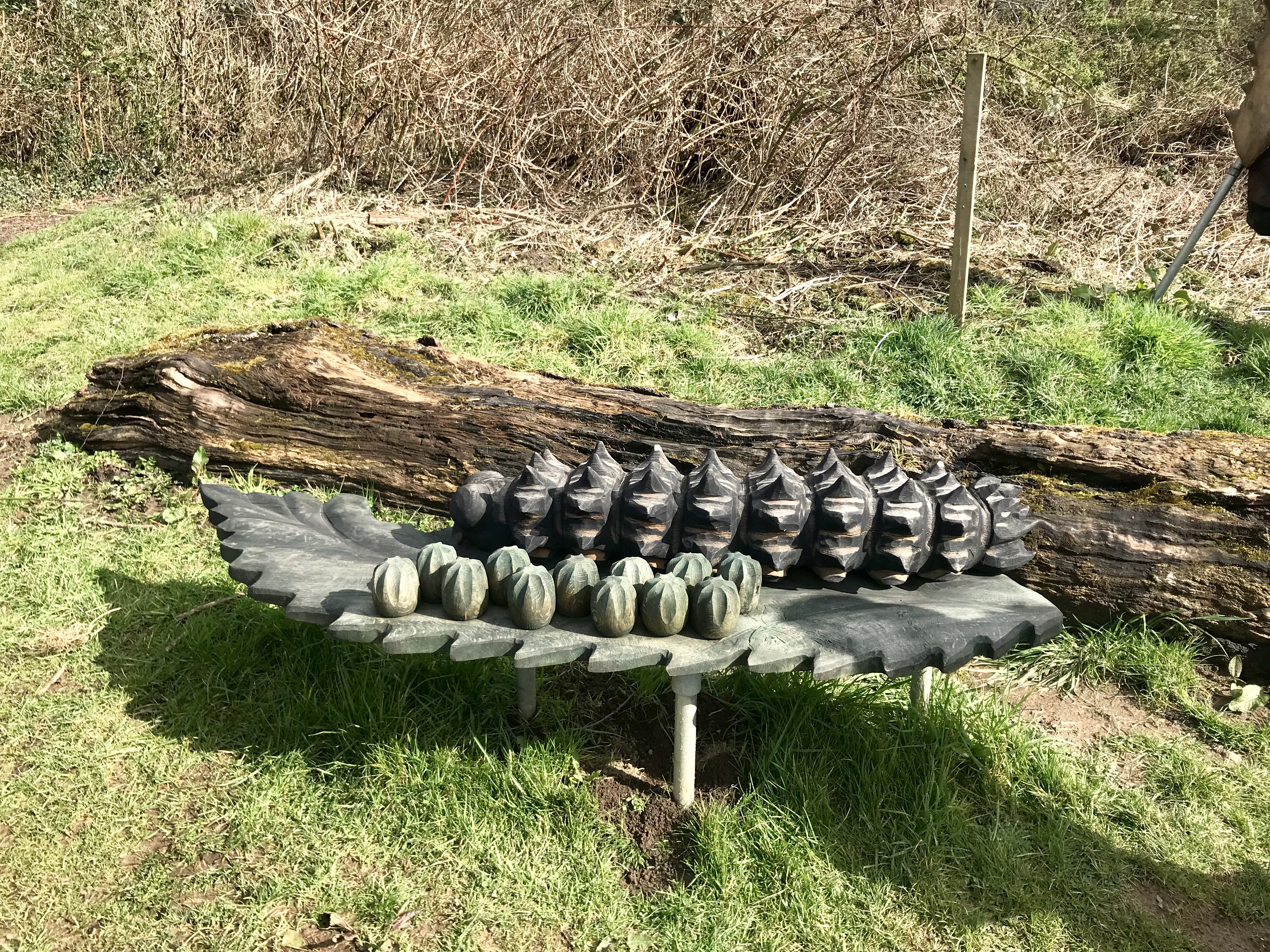 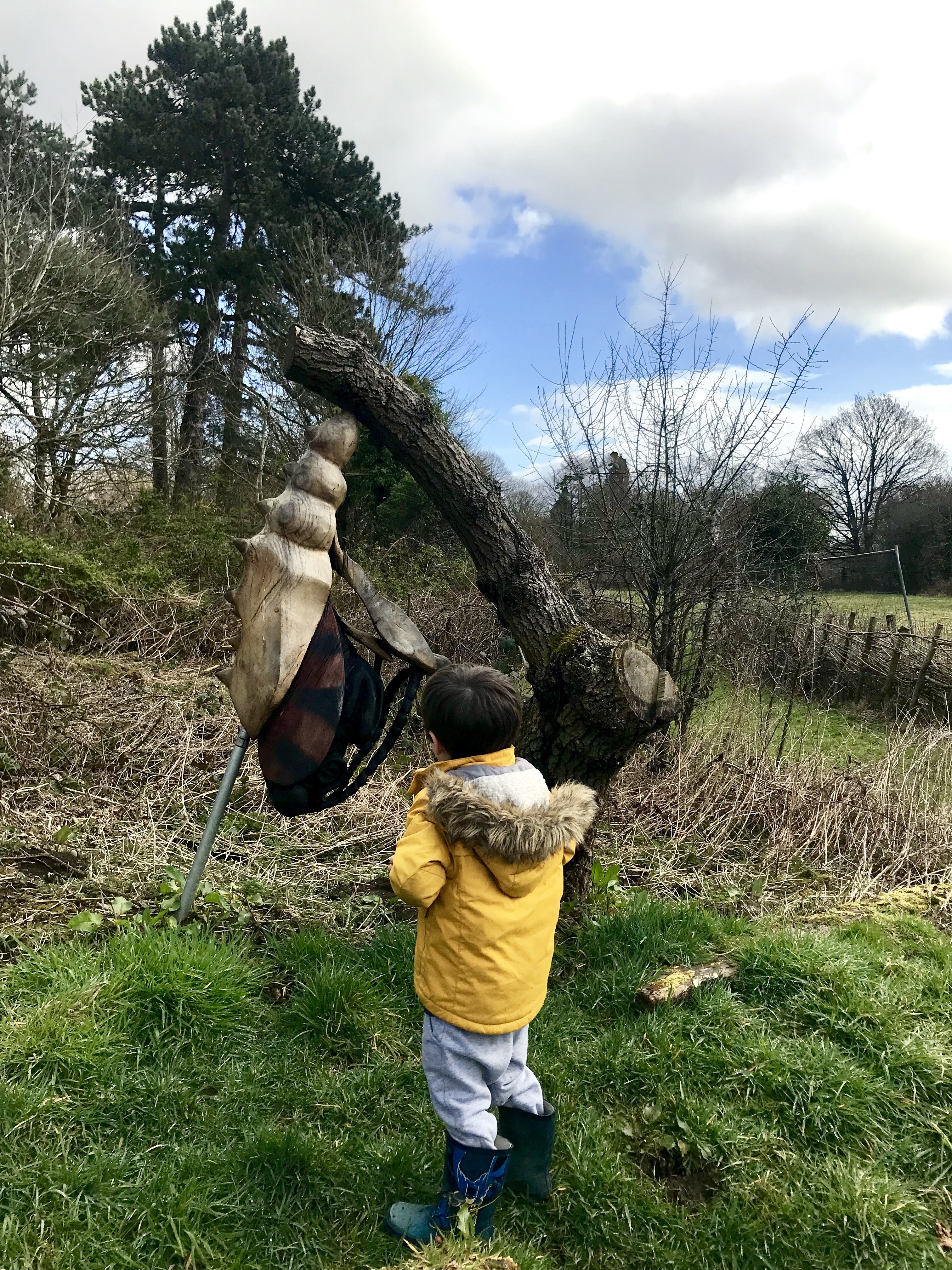 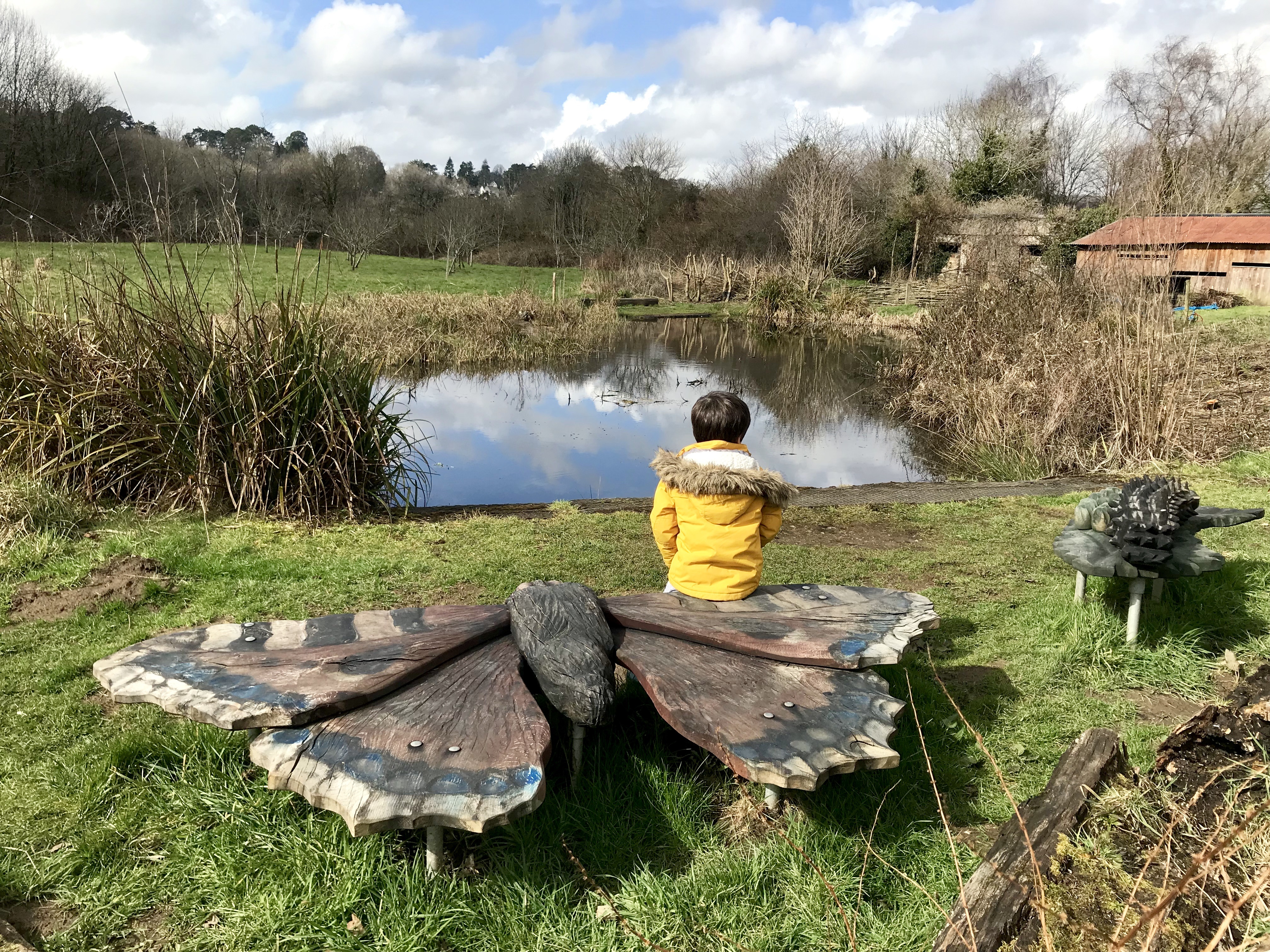 Forest Farm is on the Taff Trail and the map in the main car park details various walking routes. We just took it at our own pace though with a wander alongside the river. Littlest loved walking back and forth across the bridge and splashing in the puddles on the riverside path. The views of the River Taff are stunning. 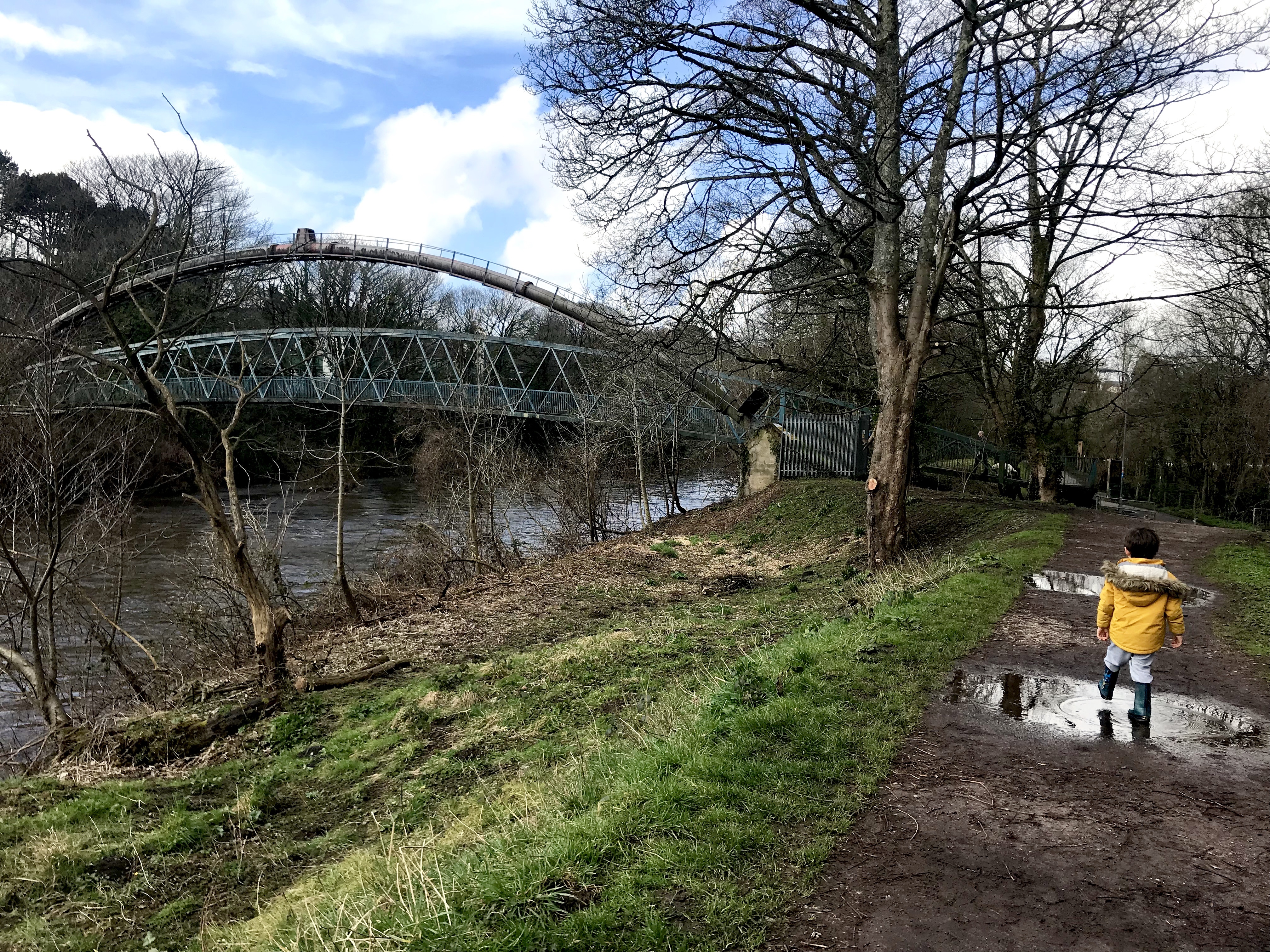 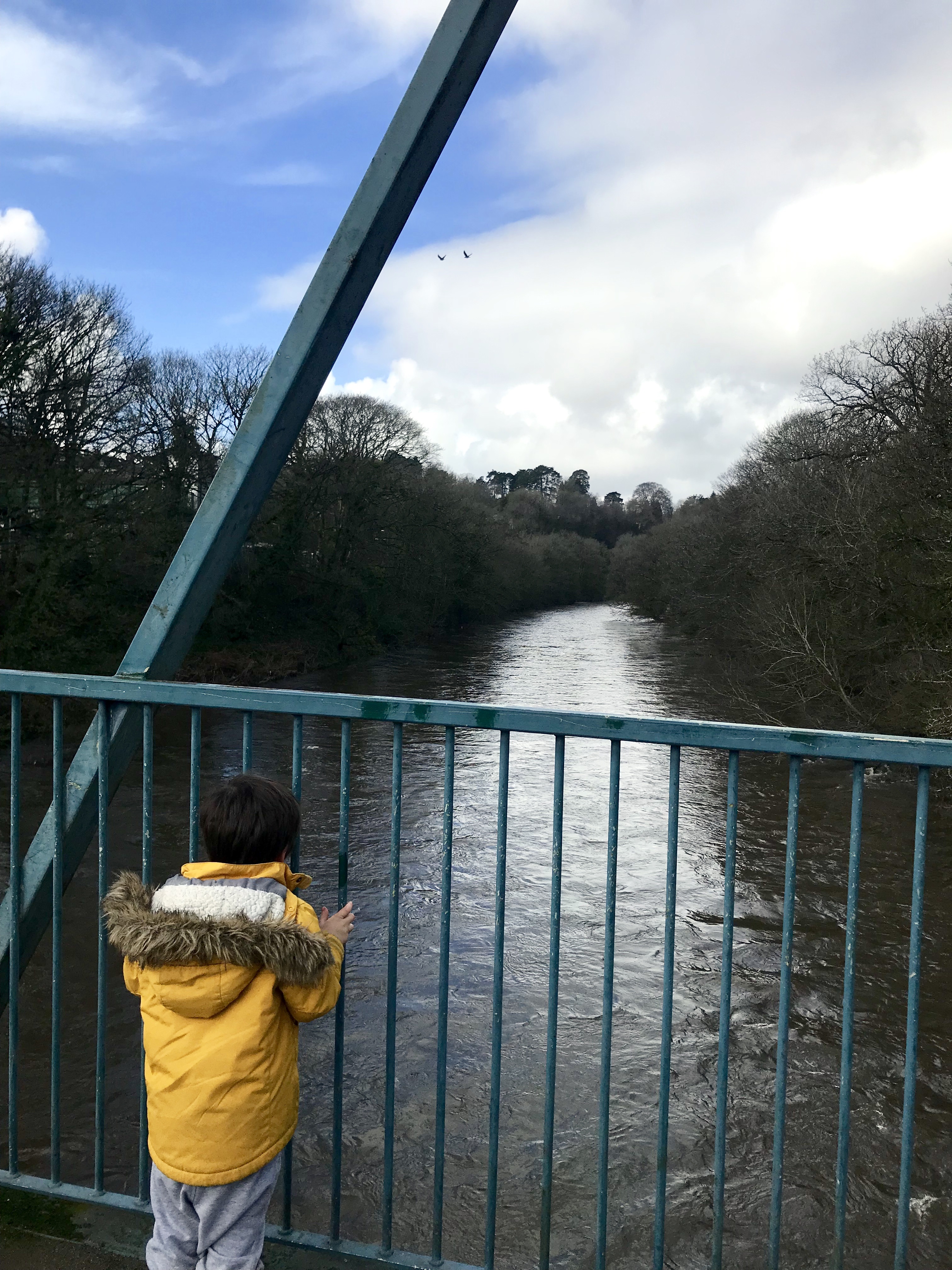 I felt so much better for reconnecting with nature and getting some fresh air and it was great to see Littlest inspired by the animal carvings and wooden play area. His big brother and sister loved seeing the photos from our trip so we’ve promised them we will go back again during the Easter holidays if not before.

Have you been to Forest Farm? Let me know in the comments below, on the Cardiff Mummy Says Facebook page, or by tweeting me on @cardiffmummy

For more ideas of family days out in South Wales visit the Cardiff section of Cardiff Mummy Says. 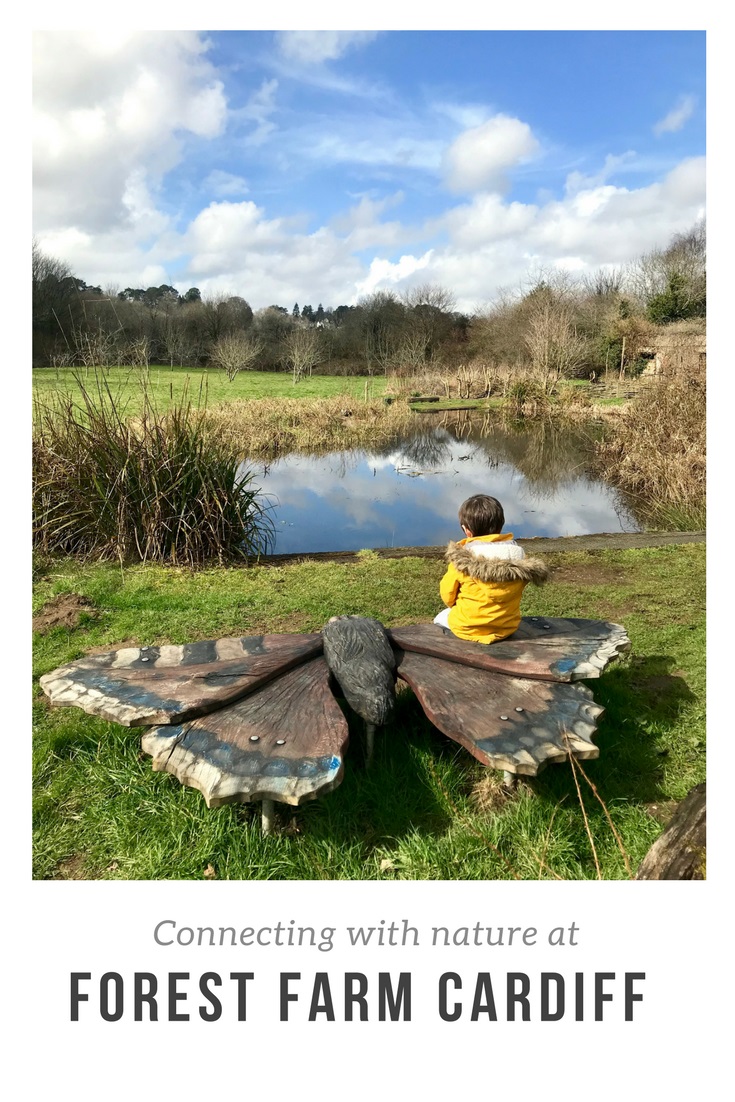