Now that she is 7¾ and about to start year three, Little Miss E is so over the character lunchboxes and backpacks she has previously adored. The shift happened somewhere in year two, when suddenly Frozen and the likes were no longer cool. She agreed (reluctantly) to make her lunch box last for the rest of the academic year and that we’d buy her a more grown up one in time to start year three.

Ever since, she’s been pointing out bags and boxes she likes from the older girls in school… and a lot of them came from Smiggle.

So when the stationery brand got in touch to see if we’d like to work with them on promoting their back to school range, the answer was a big fat yes.

Founded in Melbourne in 2003, Smiggle have a store in Cardiff’s St David’s shopping centre. A lot of the products are pricey, although there are plenty of options in the two for £5 or three for £5 ranges. Plus if you sign up online you can currently get 15% off your first order, plus lots of other email offers. 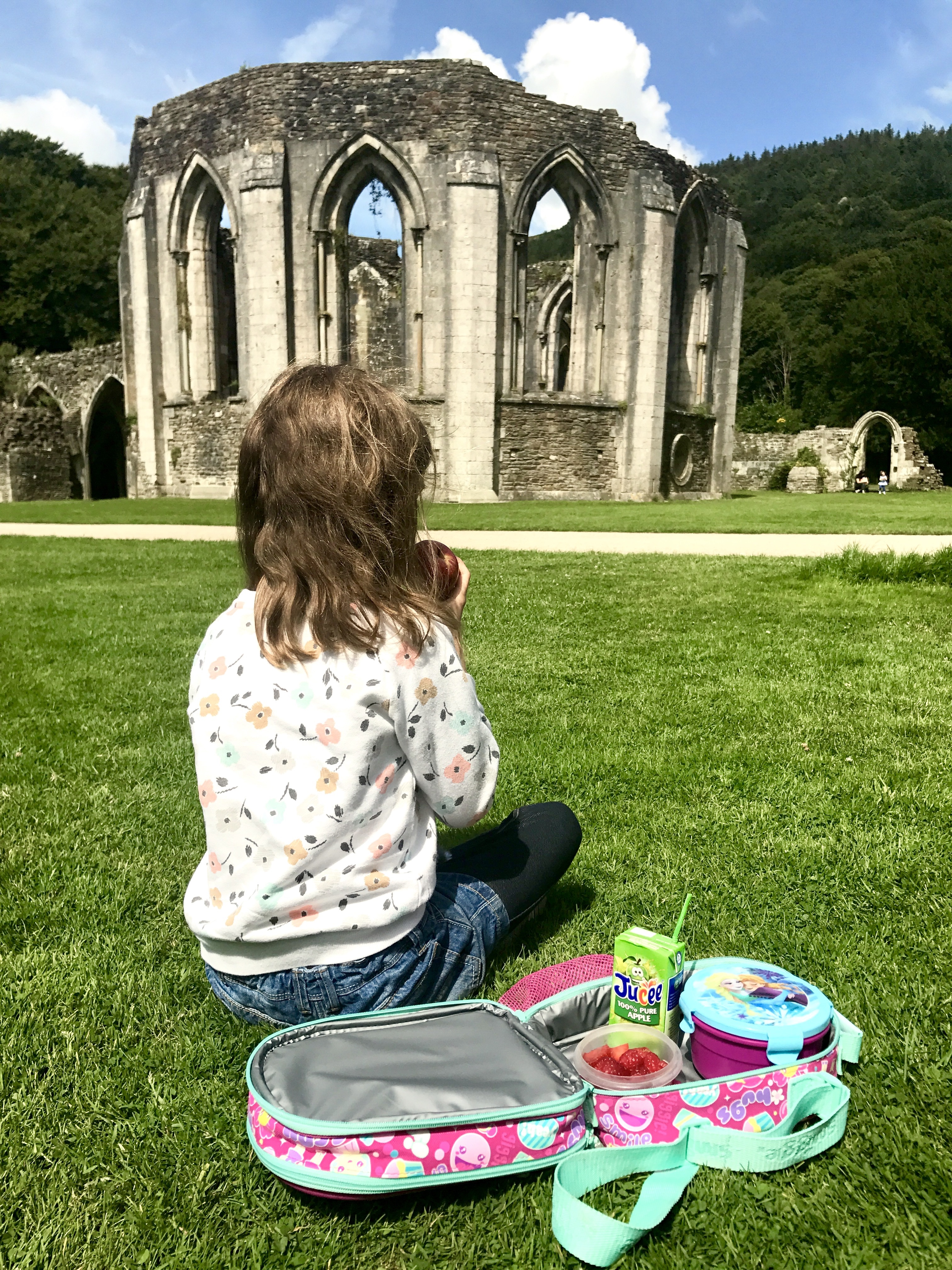 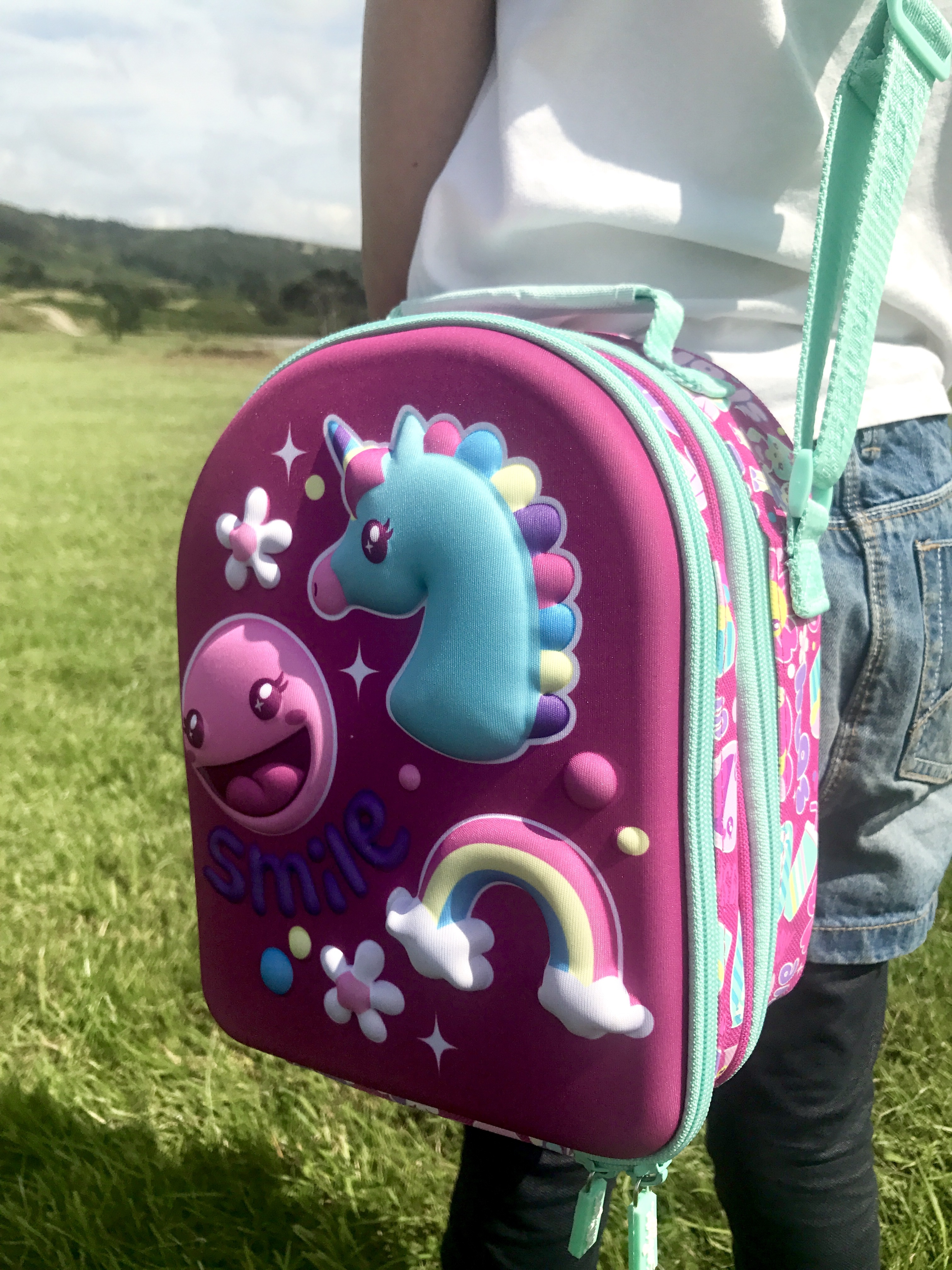 Miss E absolutely loves her pink hardtop lunch box with a unicorn and rainbow on it. It has two good-sized zip compartments and a mesh drinks bottle holder. Coming in six different designs (including two of them with more typically ‘boy’ designs), they’re not cheap at £19, but the quality is great and it feels really durable. It’s easy to clean with a damp cloth. 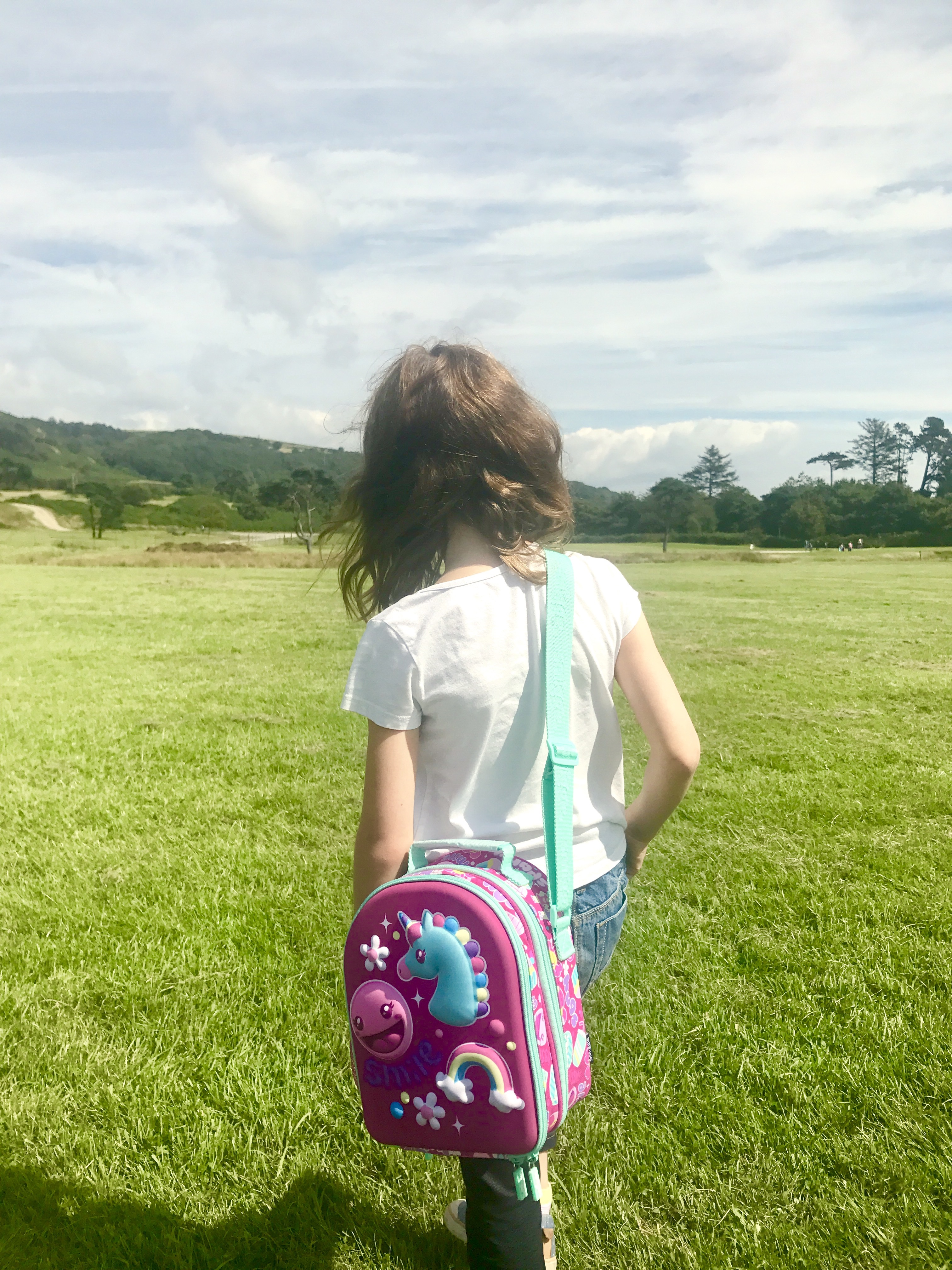 I had hoped she’d keep it until September so she could start the new term with it all fresh and new (I still love that back to school feeling even after all these years). But she wanted to use it straight away, so it’s been accompanying us on our summer holiday day trips. These photos were taken on a recent trip to Margam Park.

The fluffy swirl small notebook, £10, has also been a huge hit with her. She was so excited when she realised it was scented, and she loves how soft it is. Miss E loves notebooks and writing (she’s so my daughter) and was really excited to be able to keep a diary. 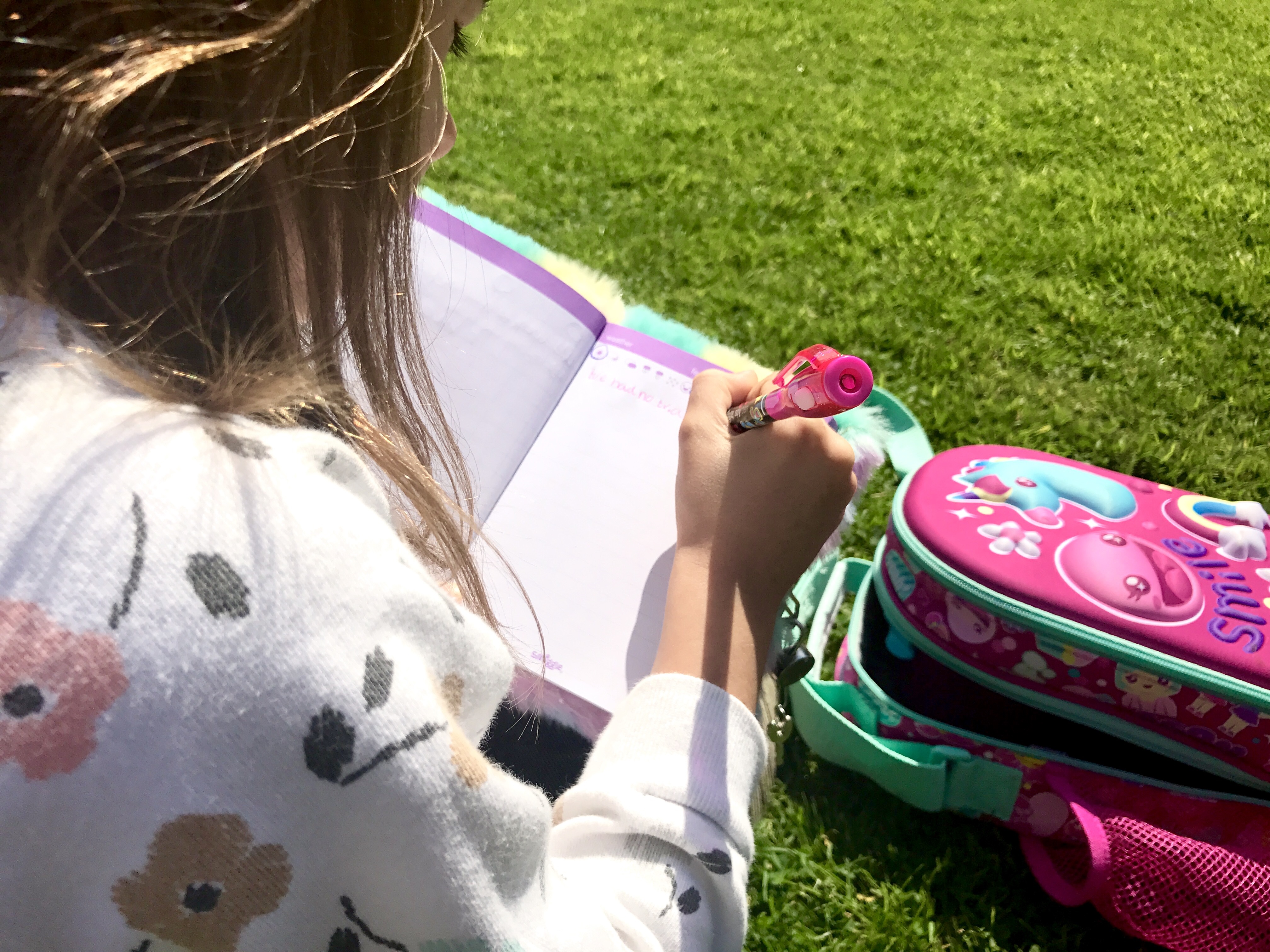 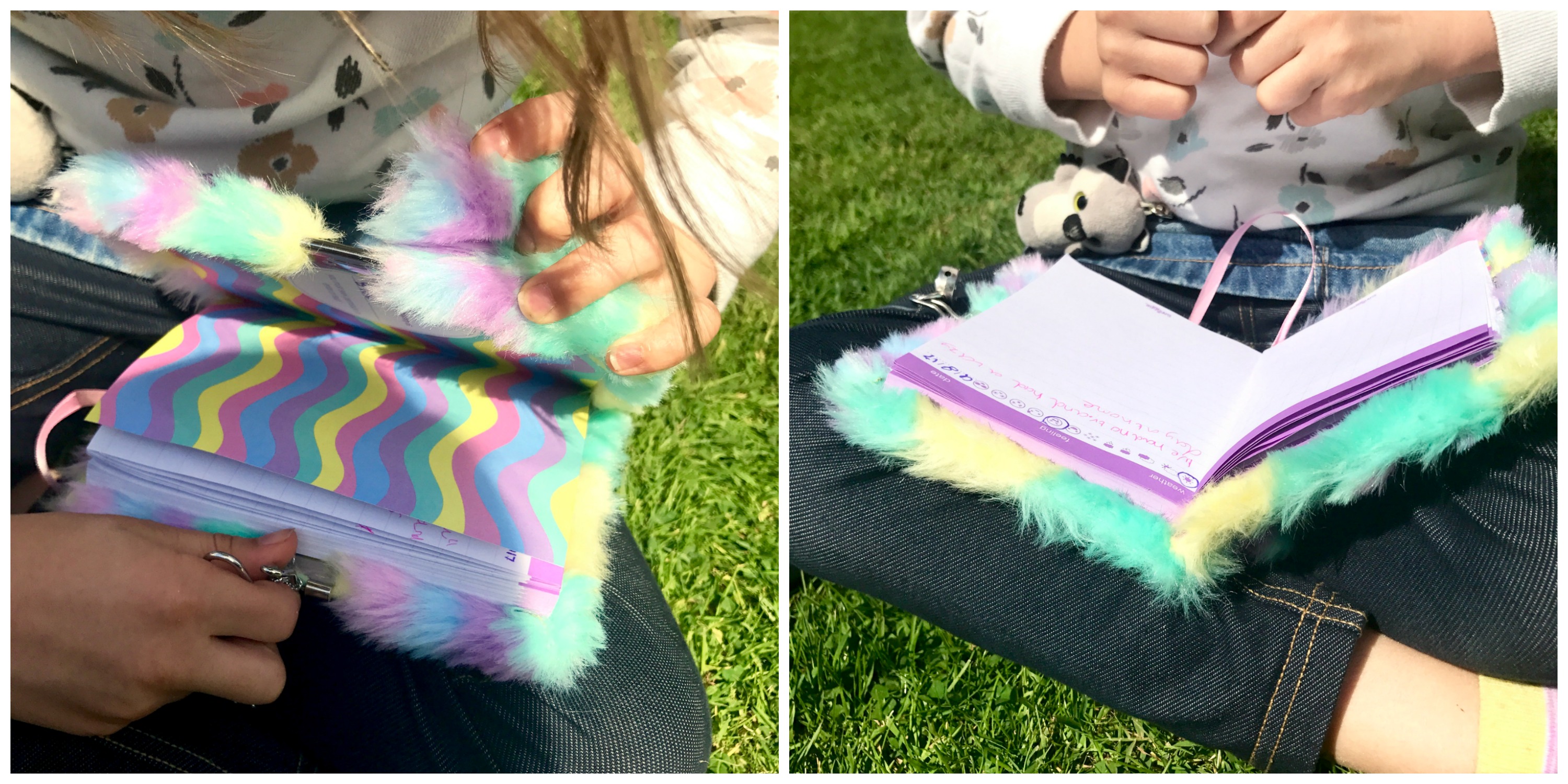 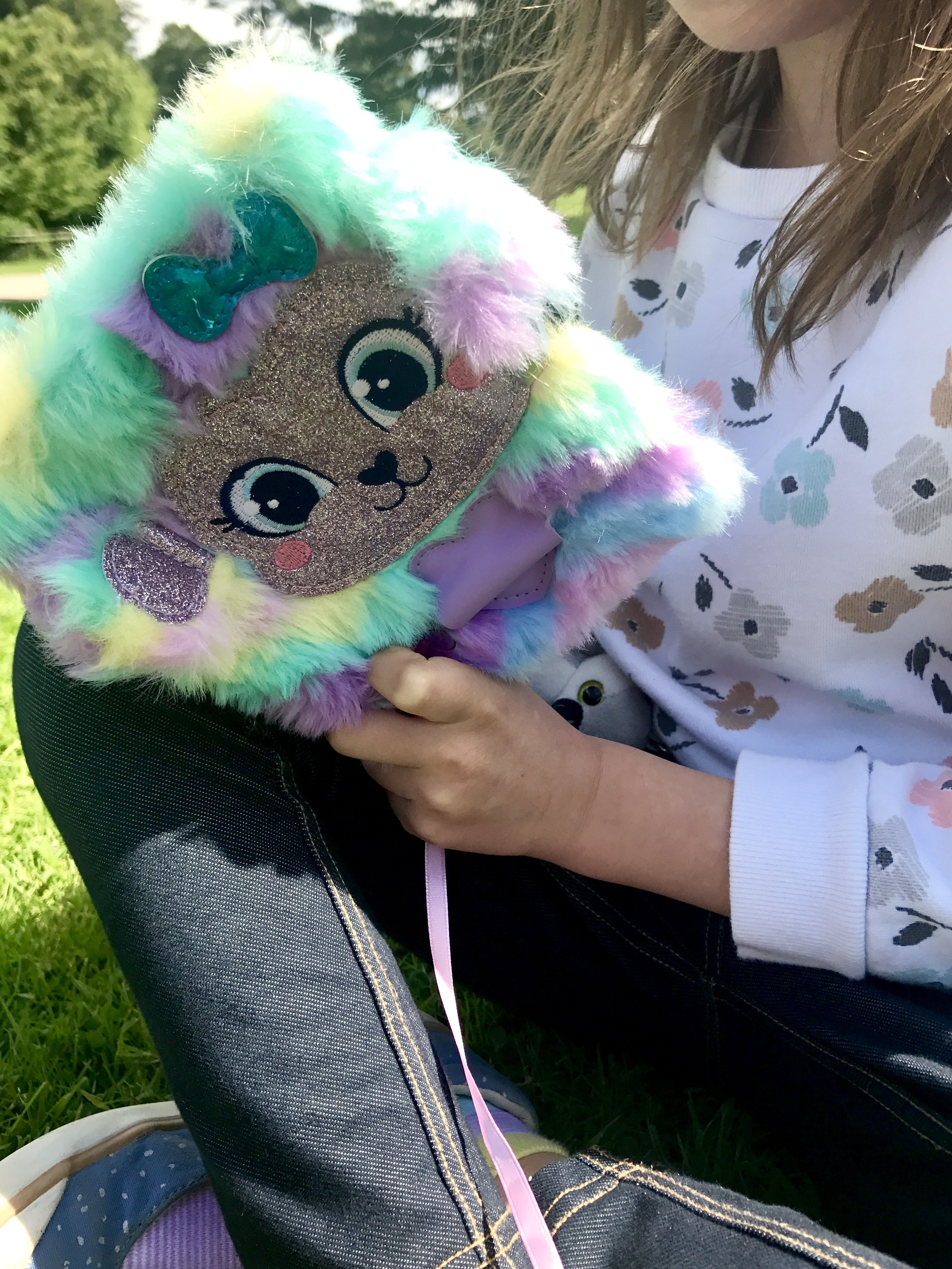 Each of the 240 pages has space to write the date and emoji-style faces to mark how she is feeling and she’s been religiously writing in it every night before bed. She loves the little padlock and keys and has made it clear her brothers are not allowed to look at it.

Even Little Man O, her 5¾-year-old brother has been impressed with his sister’s new items. Not the pink, the unicorn or the fluffiness, but he asked if there are any boy versions for him. I use the term ‘boy versions’ loosely because in this house anyone can choose any design they like but he definitely identifies more with the colours and patterns which are generally aligned with his gender. He’s now desperate for a lunch box of his own.

And so it seems the Smiggle obsession has begun… for not one, but two of my children! Now, where’s that email discount?!

Thanks to Smiggle for providing us with items from the Back to School range for review.