The last time we visited Big Pit National Coal Museum in Blaenavon, my youngest wasn’t quite big enough to take the underground tour. He and my husband had to stay above ground while my two older children and I journeyed 90 metres below for an insight into what life was like at the coalface.

But now he’s 100cm he’s tall enough to take part, so we were excited about a return journey to the Valleys museum at the weekend so that he and his dad could experience life underground and my children and I could have a reminder about our country’s mining heritage.

Our visit – part of our role as family blogger ambassadors for National Museum Wales – also gave us the perfect chance to experience a new 360⁰ Virtual Reality experience which launched in Blaenavon at the end of March and allows users to experience life as it was in the Blaenavon World Heritage Site during the 19th and 20th centuries.

Three virtual reality films showcase life at Big Pit, Blaenavon Heritage Centre, which was once the town’s primary school, and a street in the heart of Blaenavon town.

The videos, which are each around three minutes long, feature real characters from Blaenavon’s industrial past sharing their experiences, three-dimensional technology enabling users to view the town as it once was, as well as 360⁰ views.

You can view the videos either on a VR headset which can be loaned from Big Pit National Coal Museum or on a smart phone or device (which is what we did), via the Blaenavon Digital Passport section of the town’s website. Each educational film is based on real characters and factual information sourced from local history groups and Blaenavon archives. 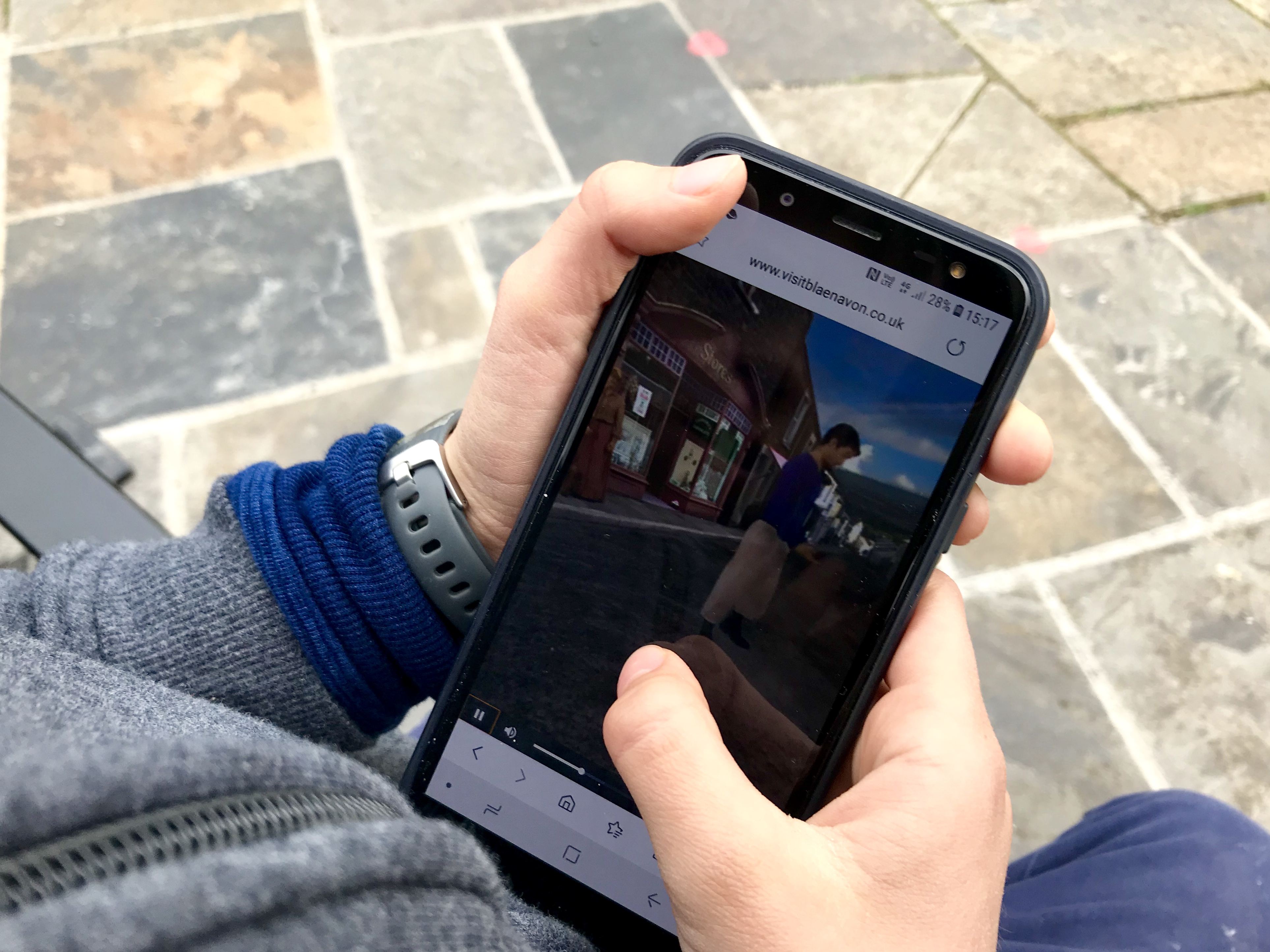 The videos – a project curated by Big Pit National Coal Museum and Torfaen County Borough Council – are available to watch on the website at any time. However, viewing them at the actual locations really helps to give them context, being able to view them at the very spot they are filmed. The videos give a flavour of the outfits worn, and how the town must have looked full of miners and their families.

We watched the videos while sat on each of the three bespoke Time Travellers’ benches. There’s one at each location. Created by Welsh artist, Rubin Eynon, each bench is forged out of local materials to represent the area’s coal and mining industries and their designs commemorating Blaenavon’s rich heritage.

While in Blaenavon you can also visit Blaenavon Ironworks (read our review here) and look out for open days at Blaenavon Heritage Railway.

A virtual reality tour of Blaenavon 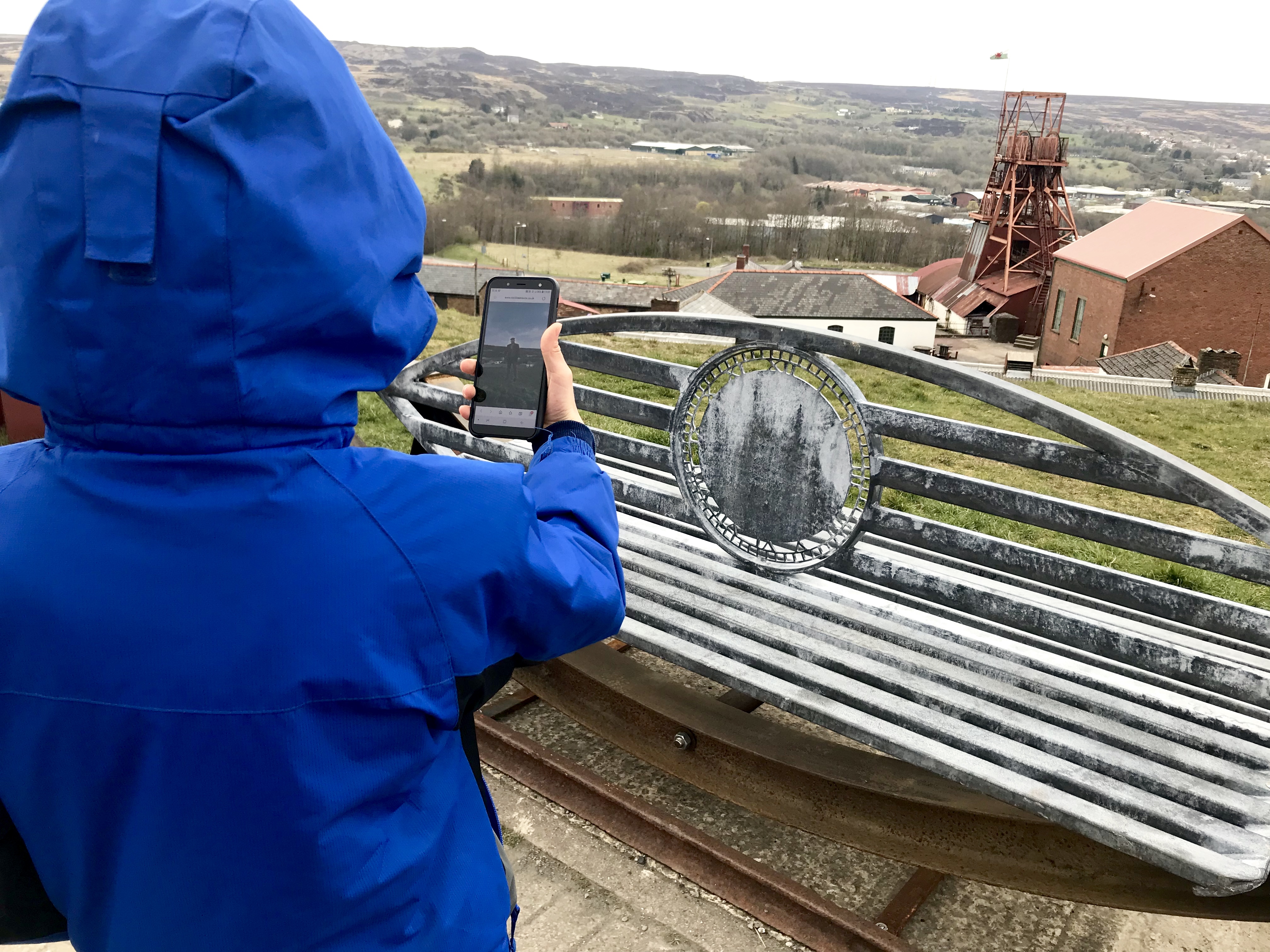 We started our virtual reality experience at Big Pit with a three-minute clip narrated by miner Henry, who talks about life in the pit in the 1900s. We see the men arriving at the pit, he talks about some of the underground tragedies, as well as the paradox of technology improving mining conditions but also meaning less coal was needed.

(Scroll down to read more about the rest of our visit to Big Pit.) 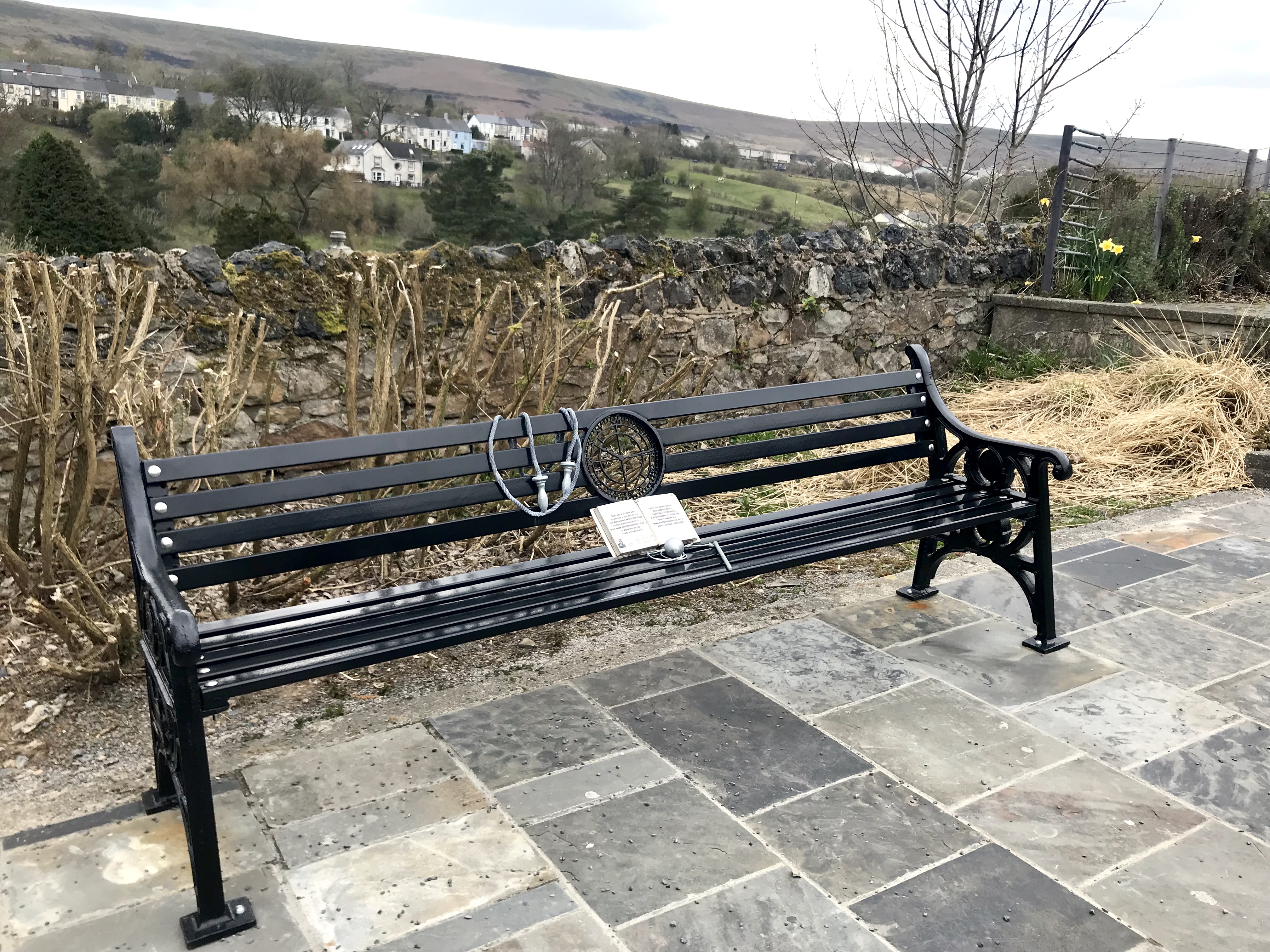 Our VR tour of the town continued at Blaenavon Heritage Centre, Part library, part museum, the centre features an exhibition about the history of the town, filled with visual displays and interactive touch screens. However in the 19th century it was home to St Peter’s School, built to educate the children of the miners. 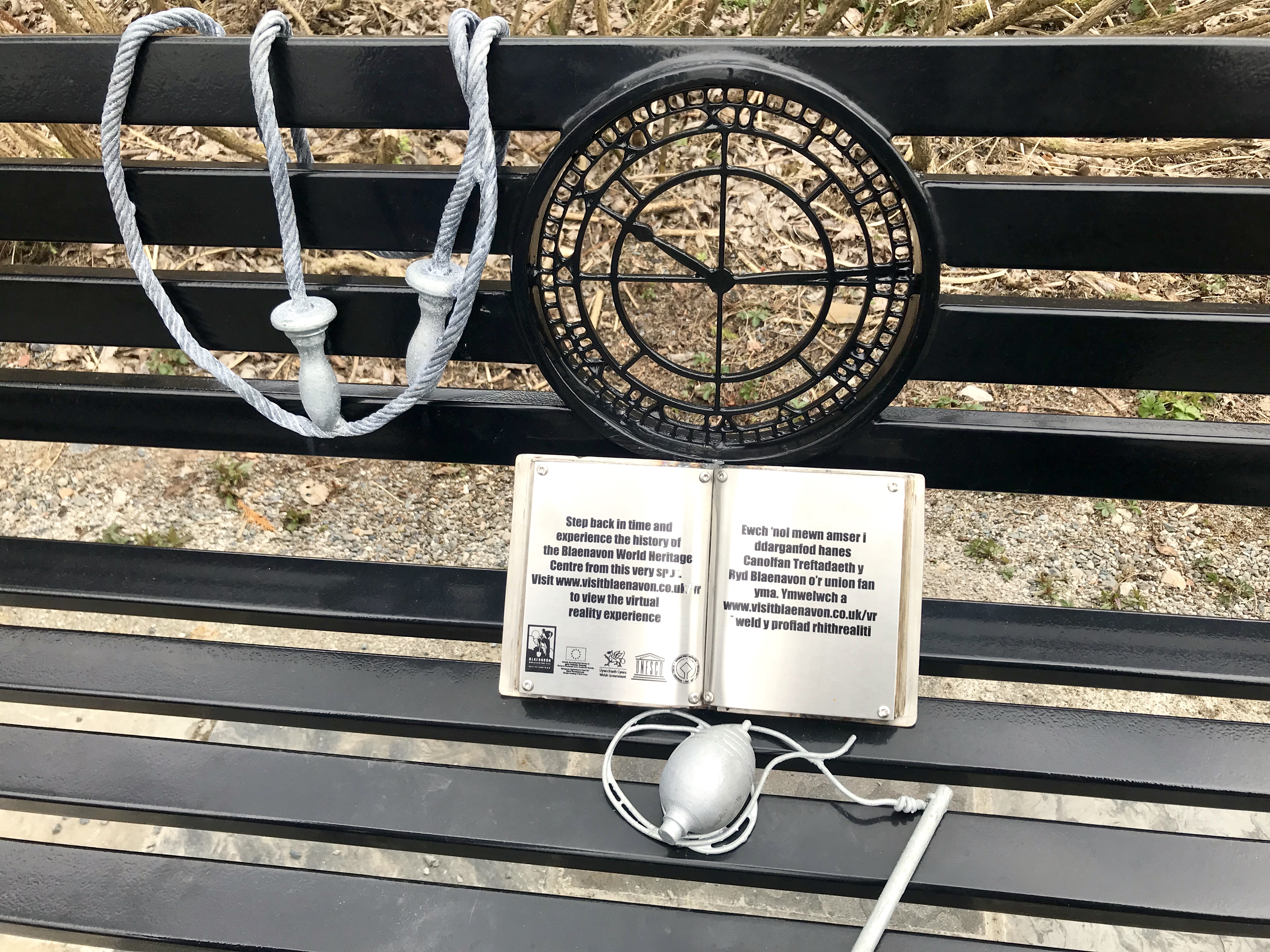 When it opened in 1816, children were still working in the mines – although even after it became illegal for children under 10 to work some would still continue to do so.

The VR video features Sarah Hopkins, who founded the school in memory of her brother and ironmaster Samuel Hopkins, and who used to visit annually to check on the children’s progress. 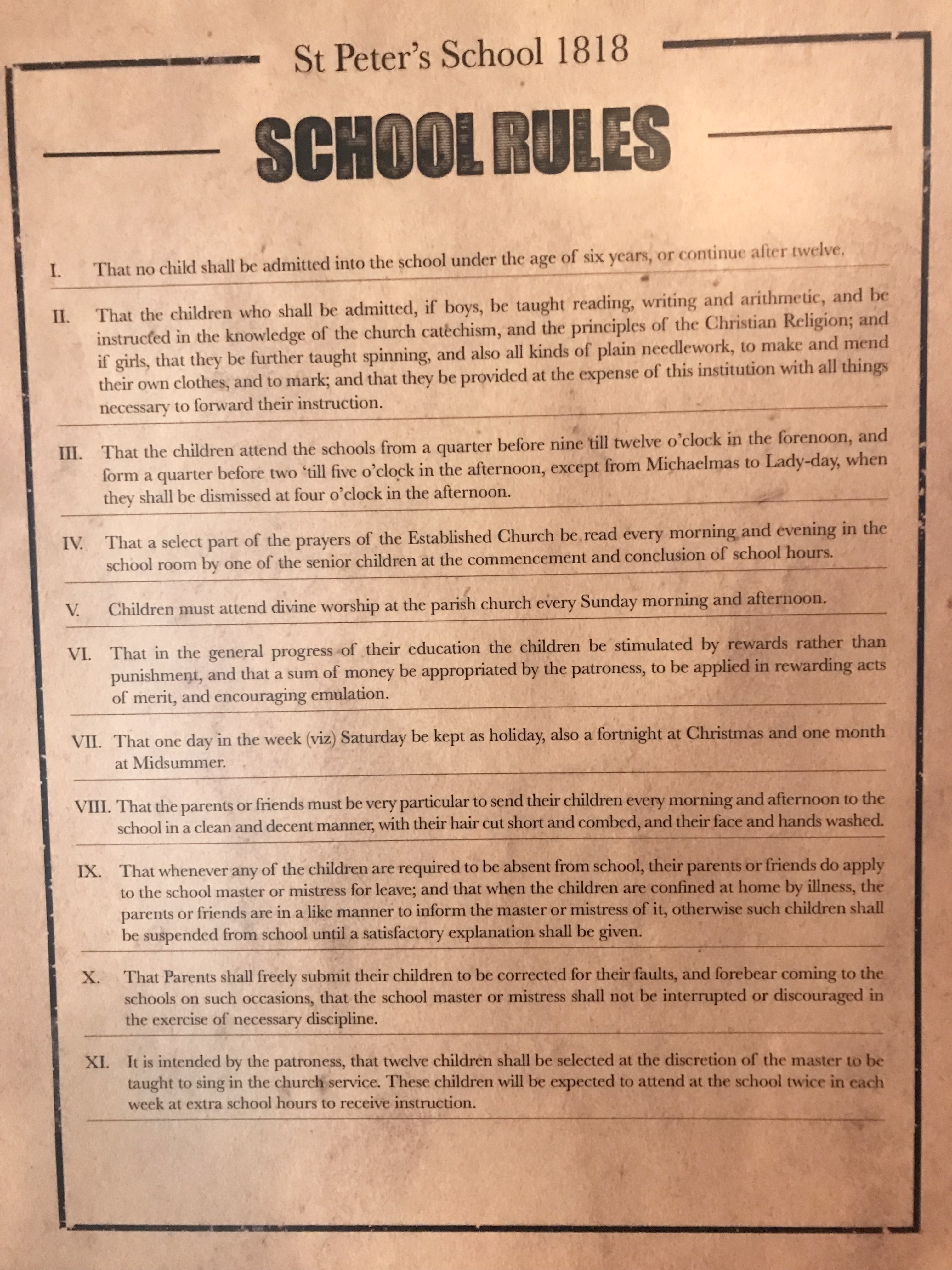 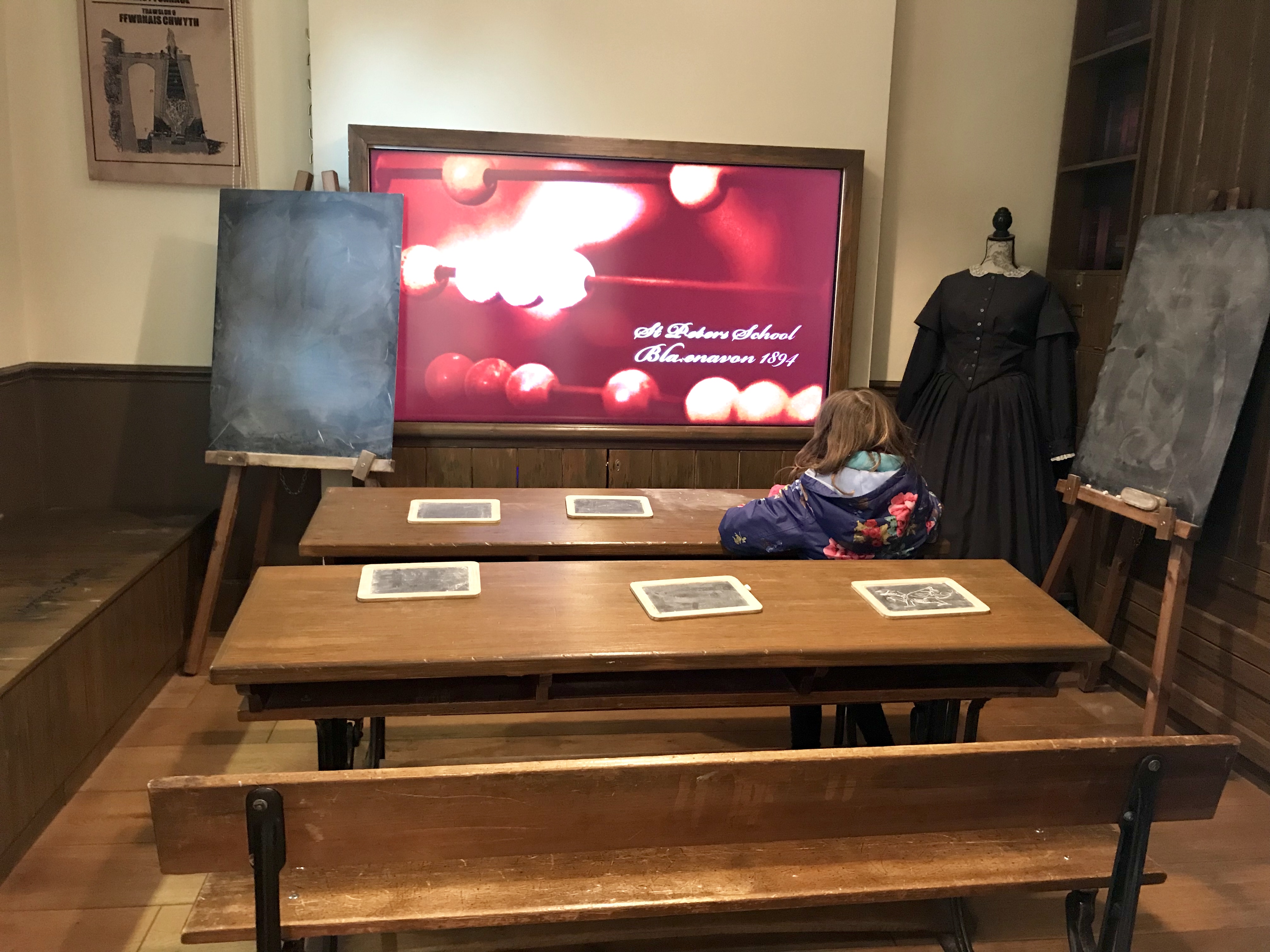 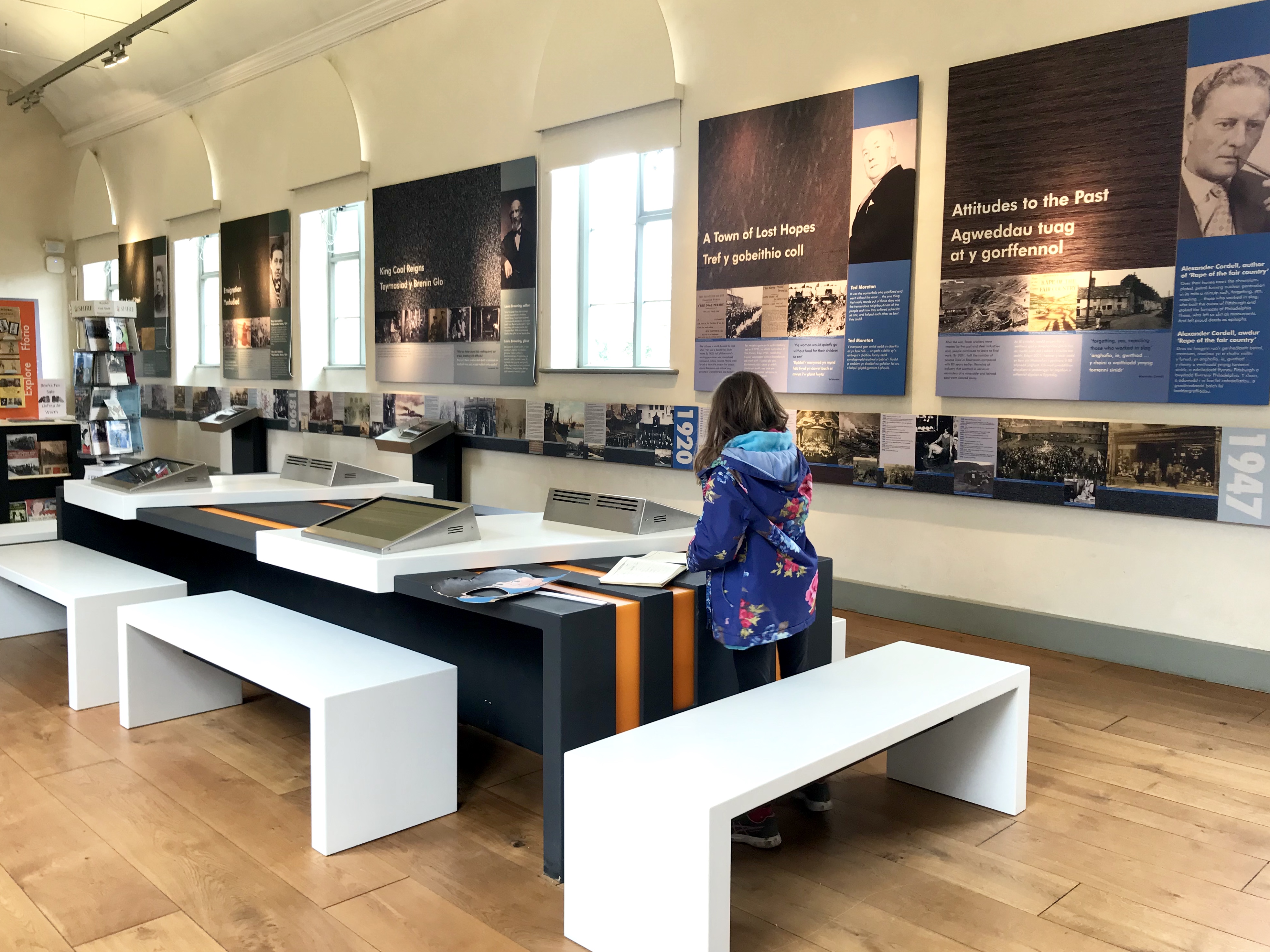 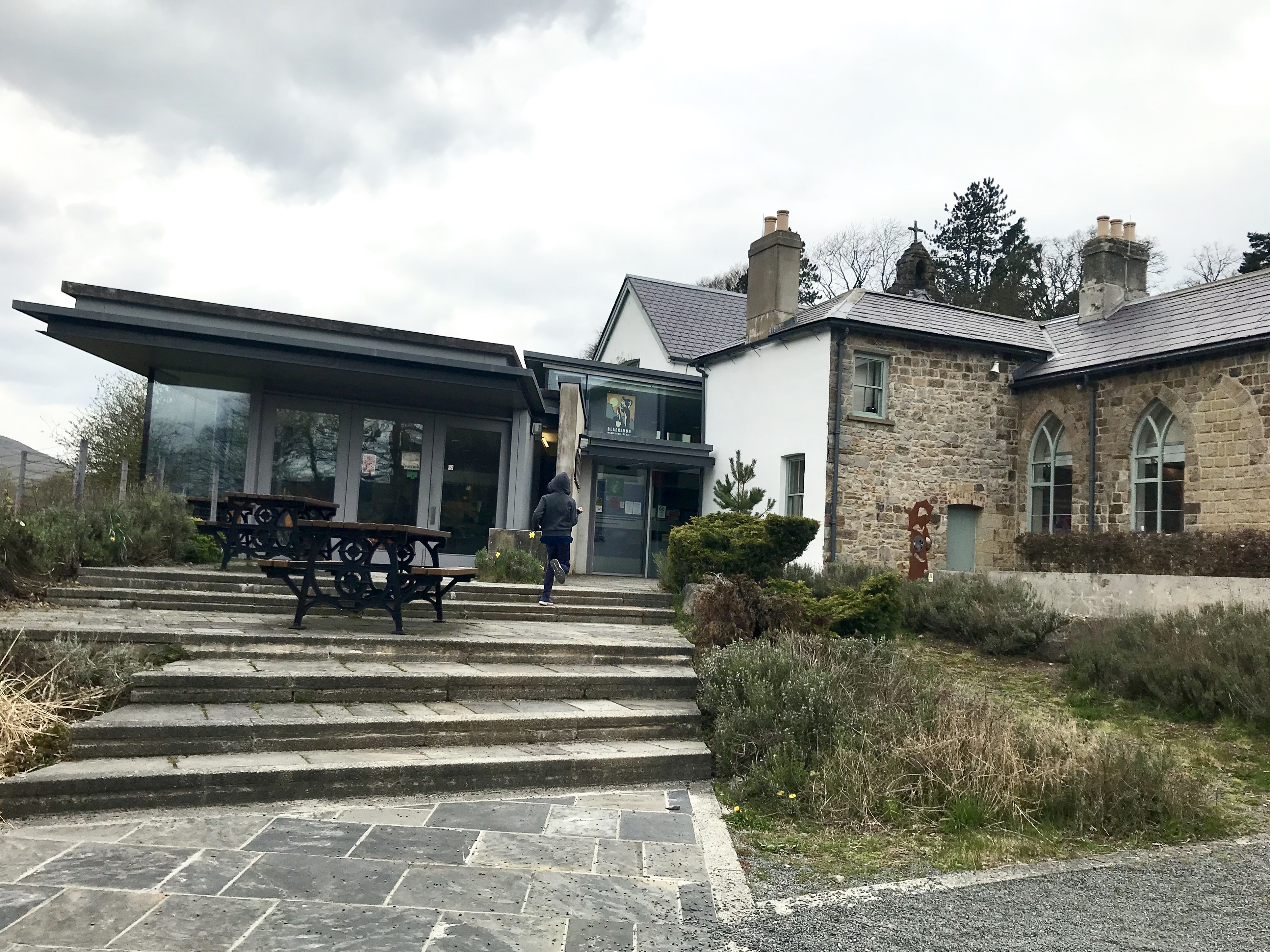 A replica Victorian classroom inside the centre shows what school life was like back then with a chalk board, a teacher’s outfit and school rules a complete contrast to the classrooms of today. Videos telling the stories of Victorian school pupils give a taste of what their days were like. 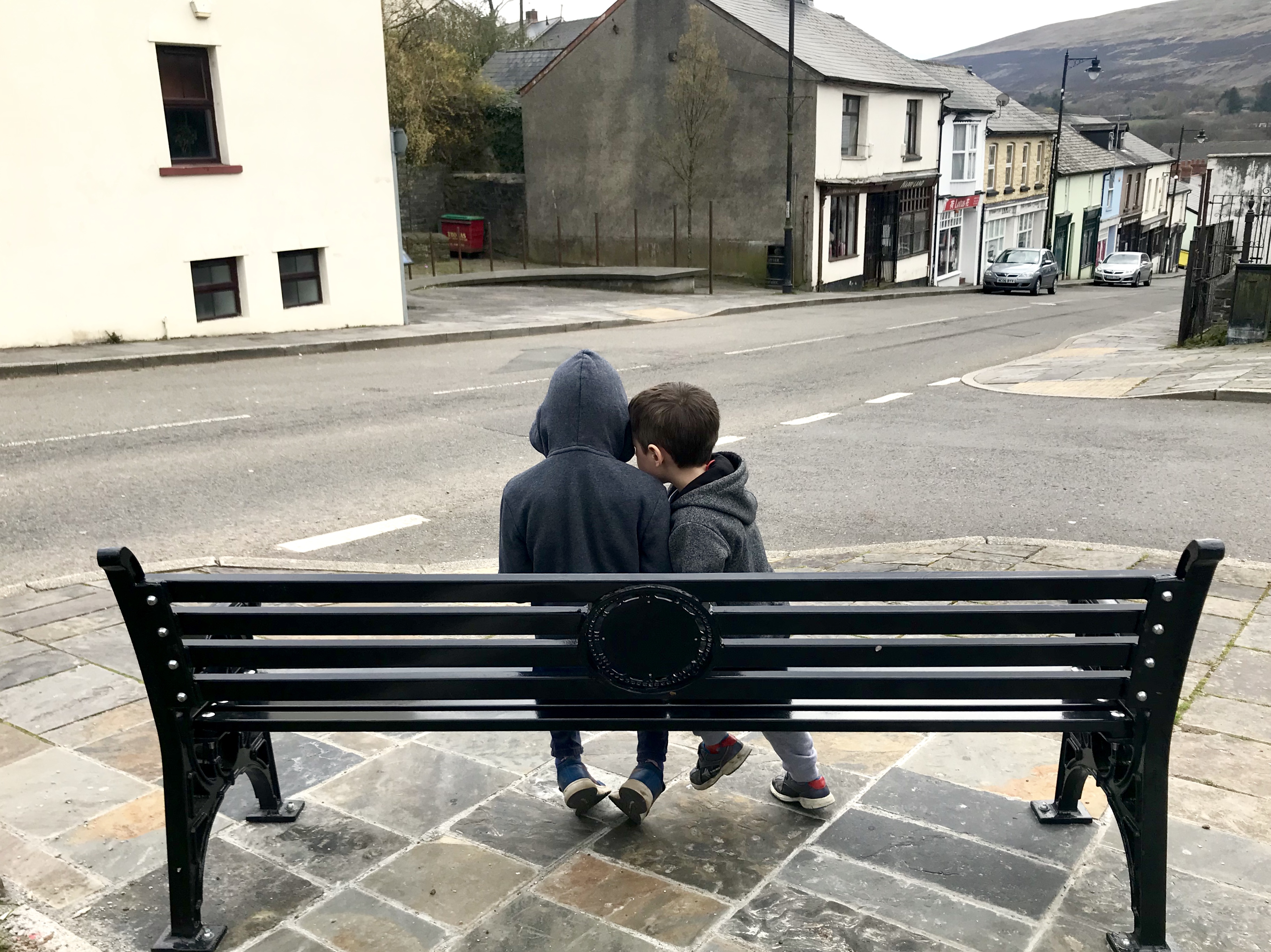 Our final stop on our VR tour of Blaenavon was the Time Travellers’ bench on Broad Street in the town centre. Here we see the modern street transform to how it would have looked in the 19th century, when it was the busy centre of mining community life. As Mary Underwood, who narrates the video, explains, the town was home to more than 150 businesses serving the mining community – including 150 pubs. 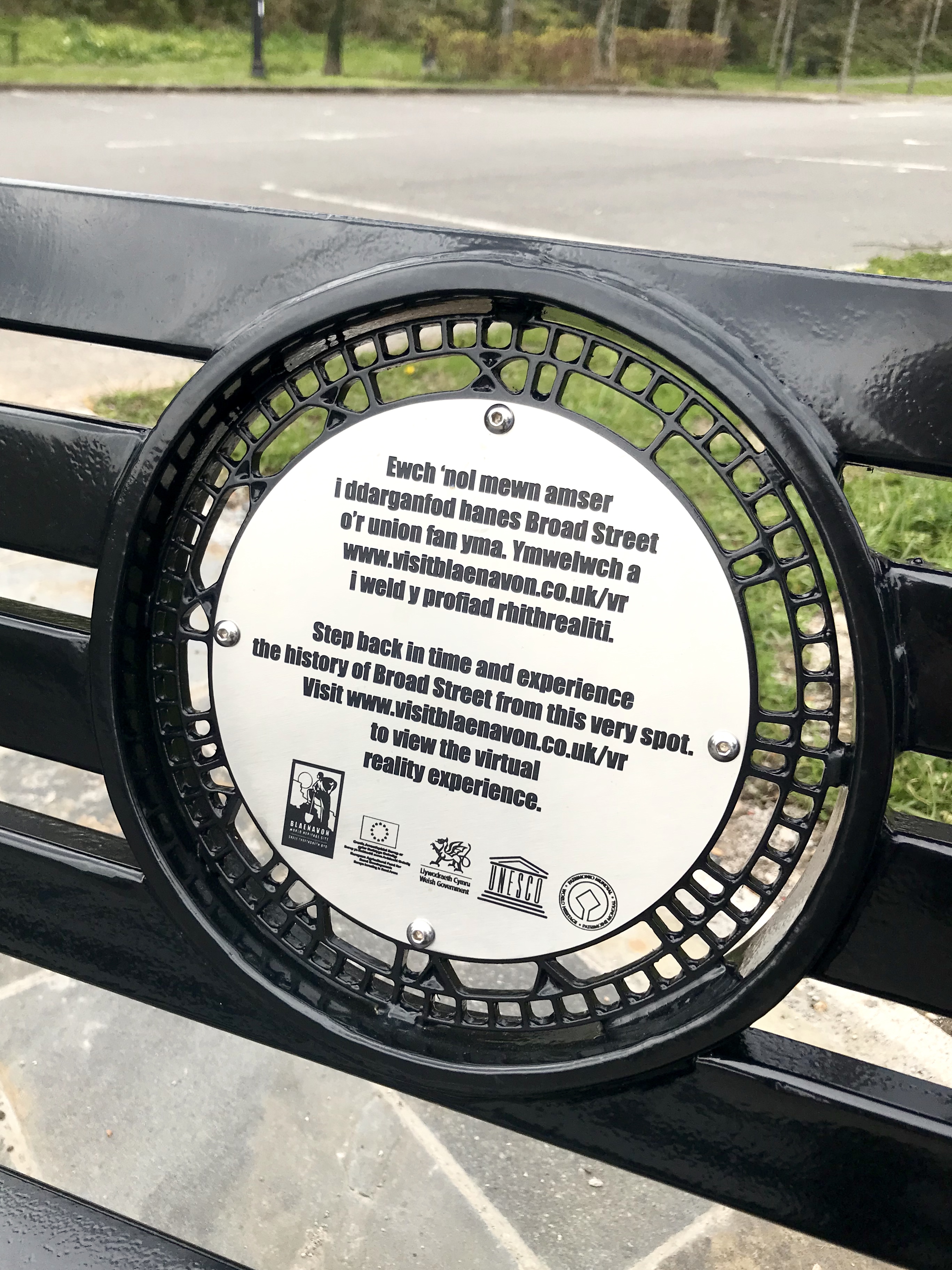 The characters dressed in period outfit give a real flavour of the close-knit community, with Mary detailing village life, including Thursday afternoons when the town was taken over by local sporting teams playing football, rugby and cricket. My sports-loving children were intrigued by the old-fashioned sports kit. 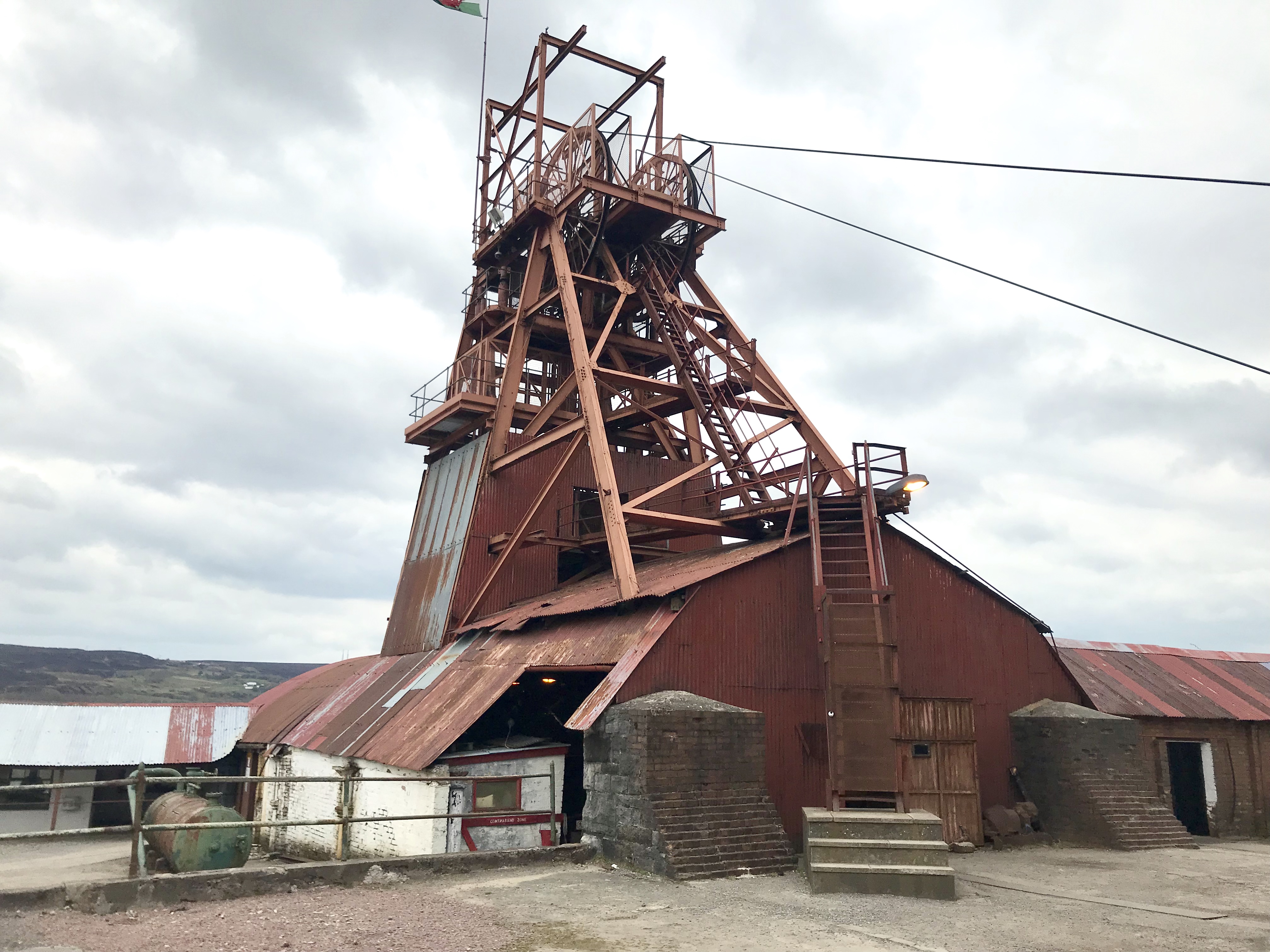 VR aside, Big Pit is somewhere every child in South Wales should have the opportunity to visit. The National Coal Museum (where entry is free) allows visitors to descend underground via the same cage shaft that was used to lower miners 90 metres down. With only the light of your headlamp, you can walk the same paths as the miners, ducking your head so as not to hit the low-level wooden and iron beams above you. All visitors are given gas masks – this is still classed as a working mine and although these days incidents are unlikely, the air is still checked twice a day for dangerous gases. Cameras, smartphones and anything else with a battery are not permitted underground by law due to the risk of triggering an explosion. Unfortunately this means I wasn’t able to take any photos underground – but it’s a worthy reminder of how dangerous life underground could be. 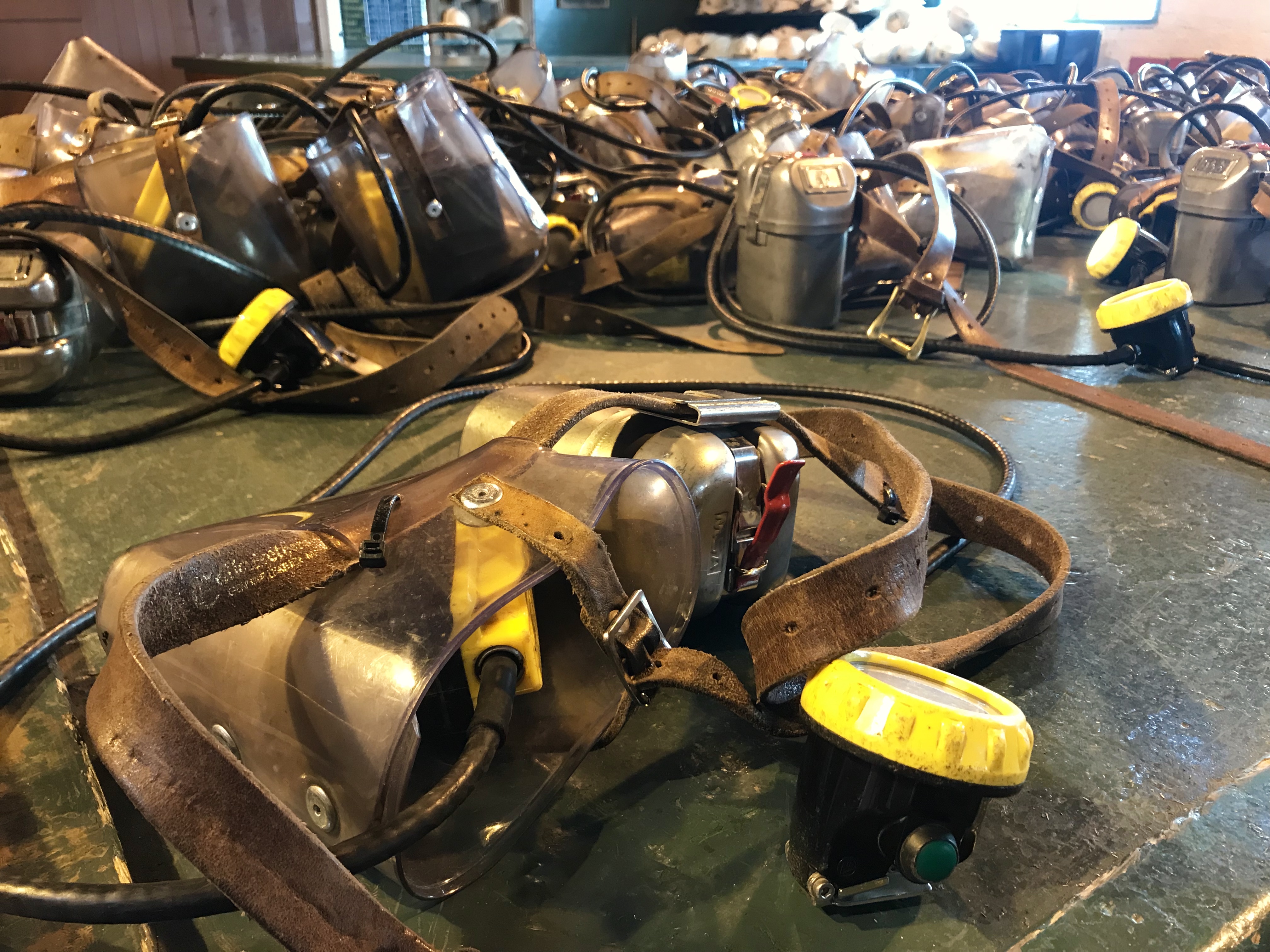 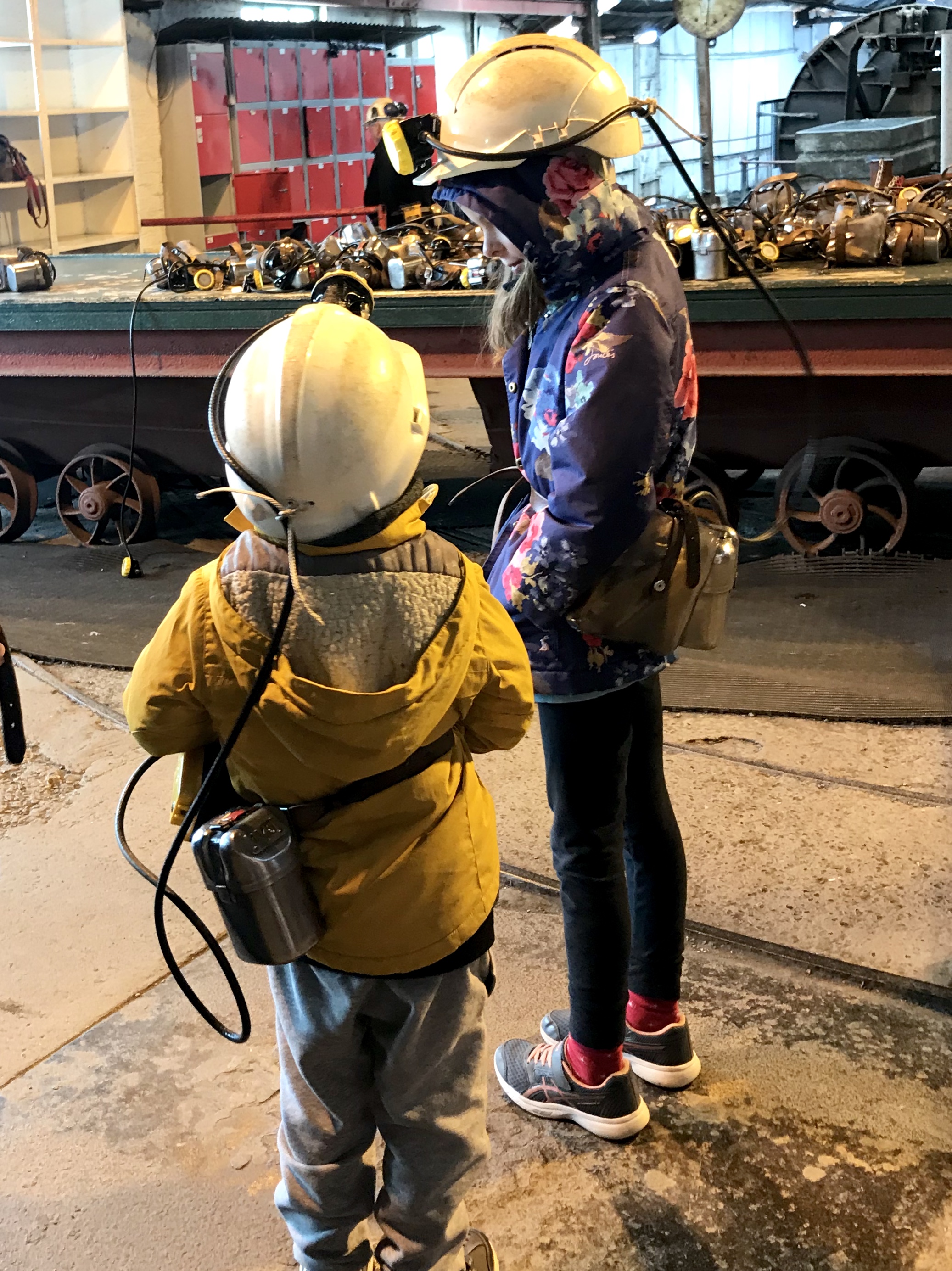 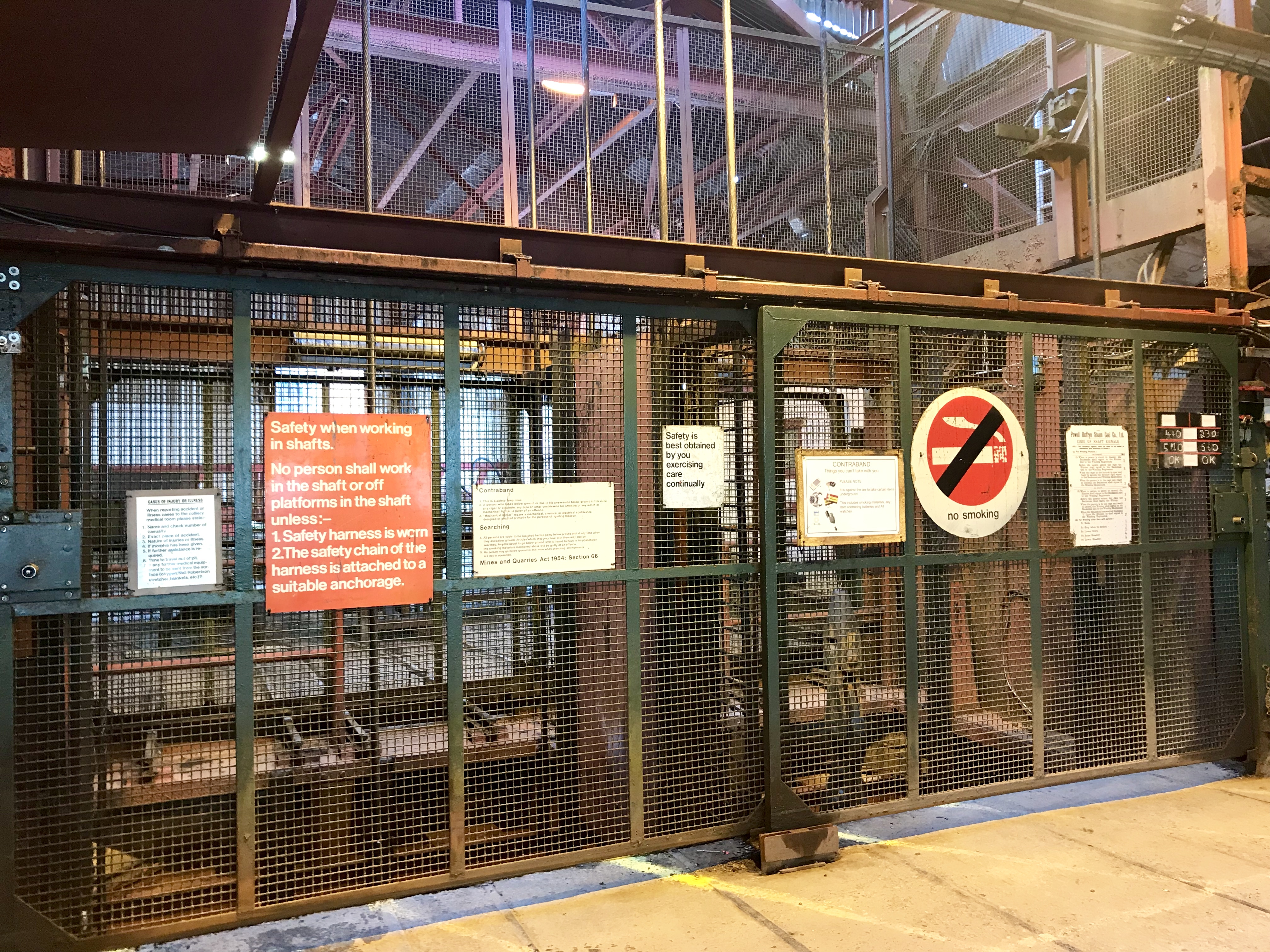 Just as with the last time we visited, I found it really emotional hearing about how children started working underground from as young as six. Often they were ‘trappers’ – responsible for opening and closing doors in the mines so the coal trucks could get past but flammable gases couldn’t escape from one area to another. Our tour guide asked us to turn our lamps off – plunging us into true darkness. I couldn’t see a thing. Often, he said, children had only a candle to light their way and if these blew out, as invariably they did with underground breezes, they would be sat in the dark and the cold until a cart came by with a miner who could re-light it.

We also got to see the coal face and the infrastructure used to transport the coal to the drams (trucks), as well as seeing the confined spaces in which they worked. We all know mining is a tough life, but being underground really emphasises it.

That said, the overground areas of Big Pit, including the museum area and the Pithead Baths, give a sense to the incredible camaraderie which existed among miners.

The Pithead Baths is the name given to the shower block area where miners could wash after a day in the pits. Built in 1939, these revolutionised the lives of the miners. Towels hang alongside the various cubicles and a soundtrack of chattering voices helps convey what it would have been like when it was full of miners. Prior to the shower block being opened, the miners would have travelled home dirty where they would have washed in a tin bath, outside in the back yard or in front of the fire. 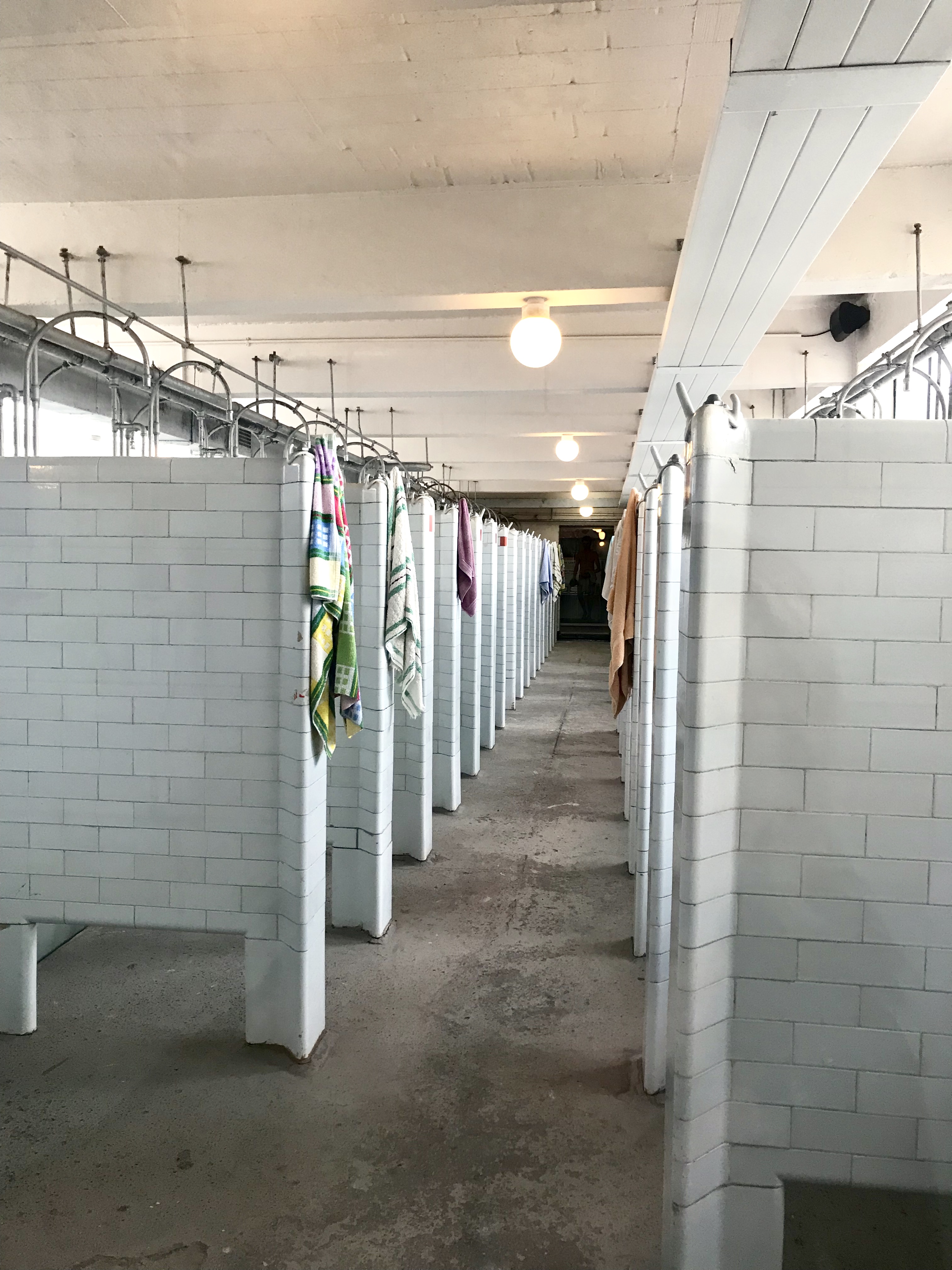 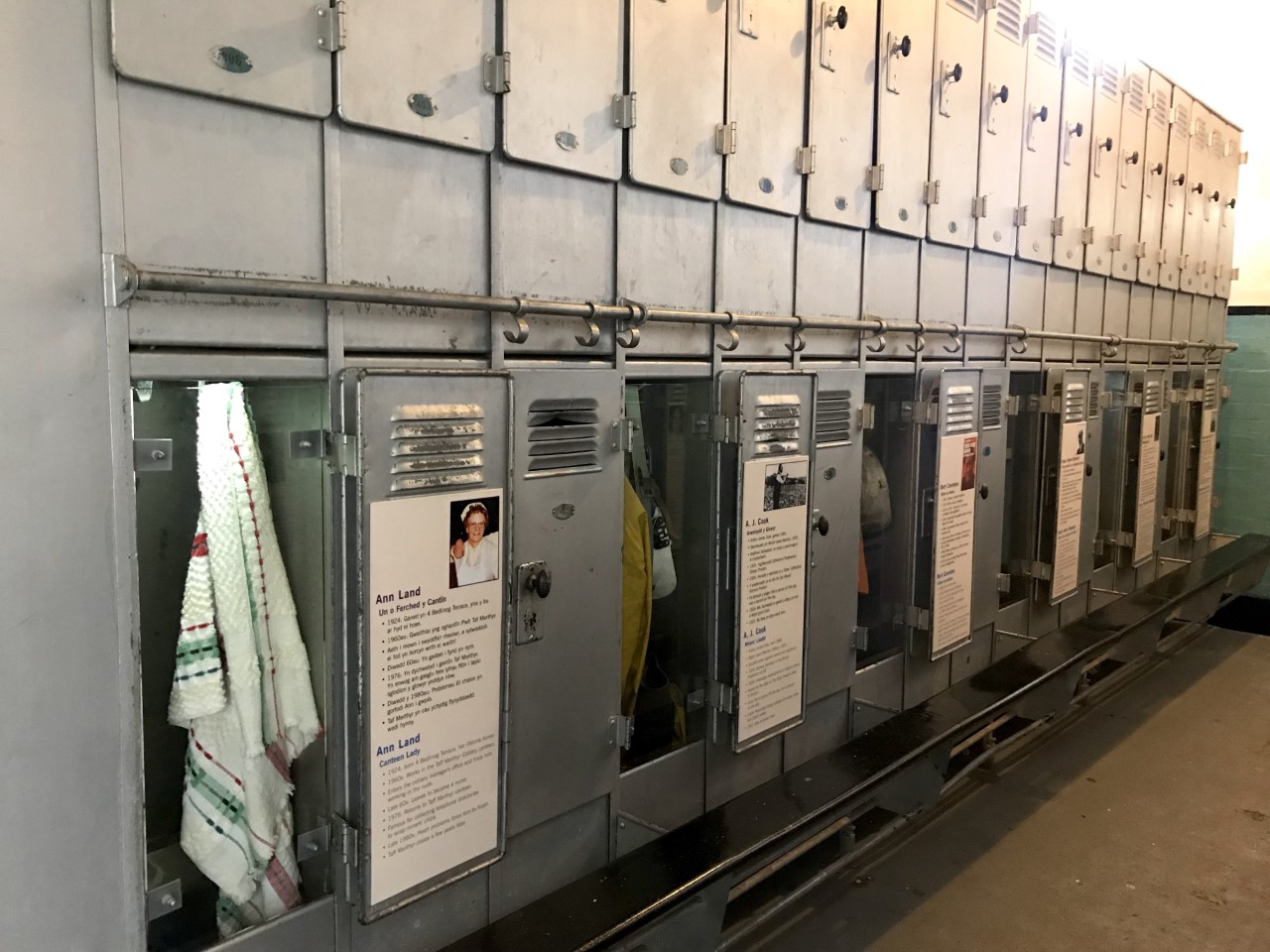 The baths area is also home to rows of lockers where the miners would have left their dirty mining clothes overnight to be dried by hot air blowing through them. Some of these are filled with typical clothing and possessions of the time, with photos and details about some of the miners who worked there.

We spent around half an hour in the adjoining exhibition area, which details the history of coal mining through interactive information points, large photos and images, and cabinets filled with mining equipment and clothing. 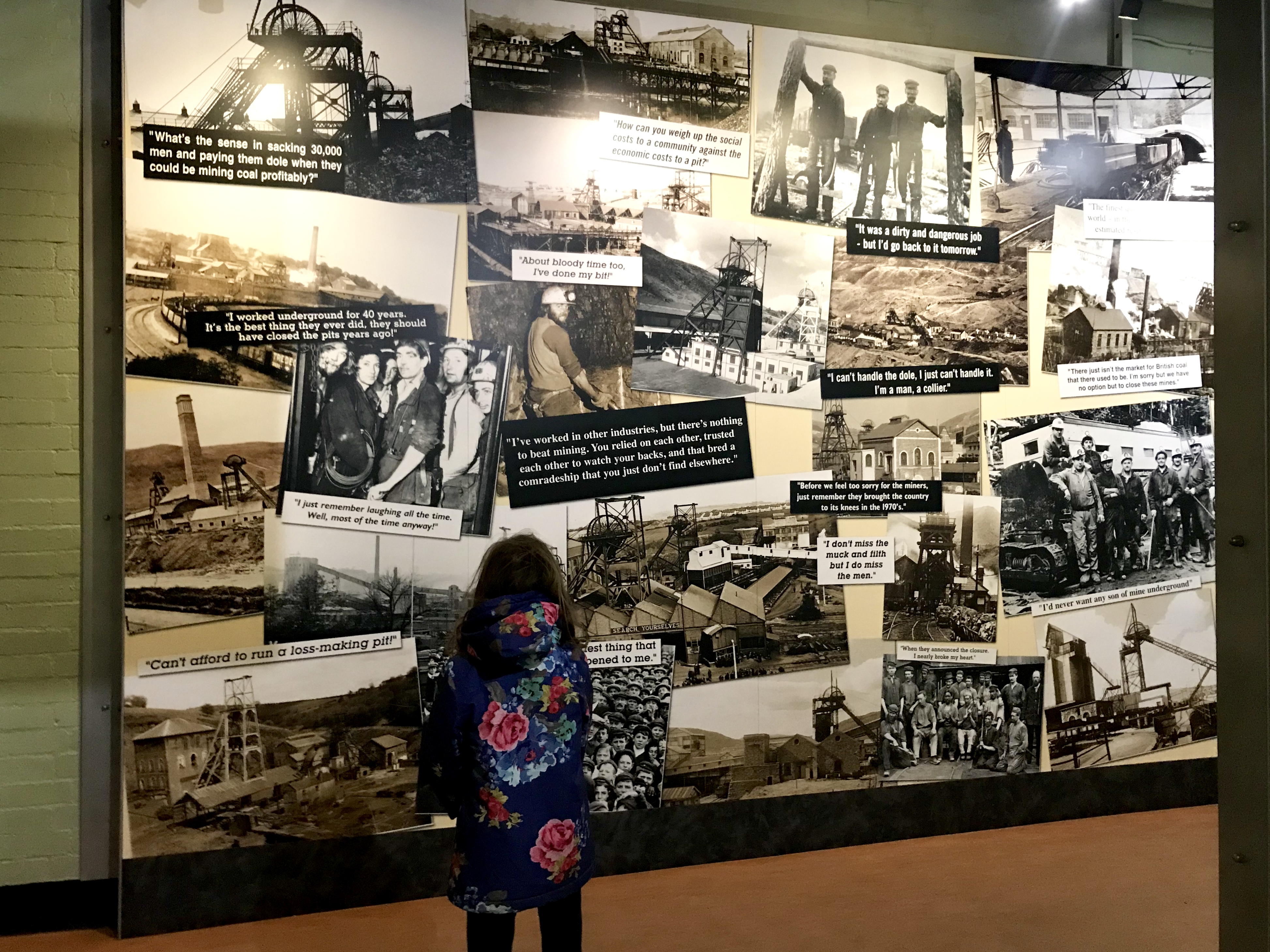 The original miners’ café is still in operation today, serving hot and cold drinks and snacks. (We took a packed lunch and ate on the benches outside.) Next to the cafe is the medical centre, with a recording of a colliery nurse speaking about her experiences of treating sick and injured miners. 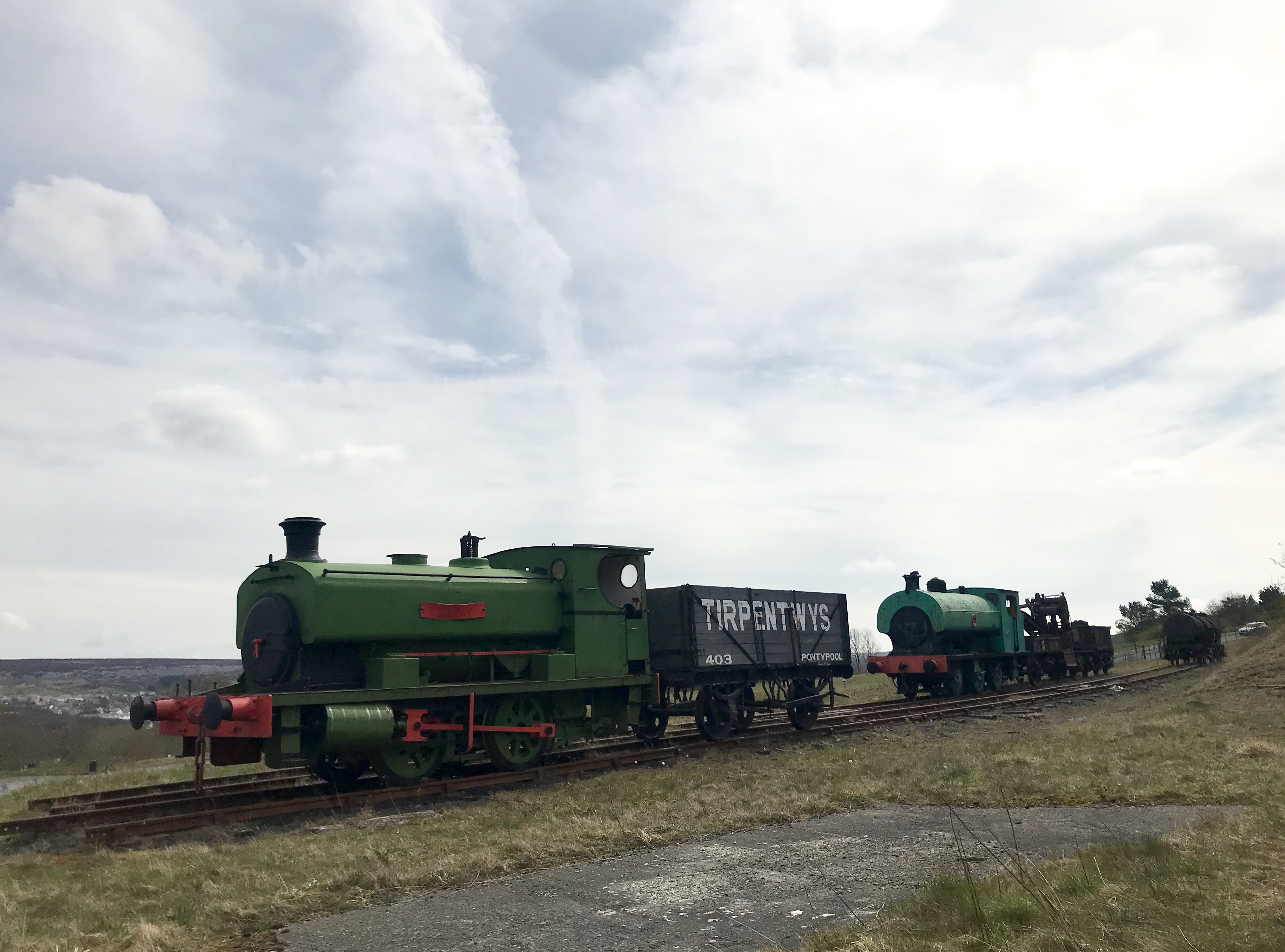 Have you visited Big Pit? Let me know in the comments below, on the Cardiff Mummy Says Facebook page or you can tweet me on @cardiffmummy.

See more of our days out on the Cardiff Mummy Says Instagram feed.