My third child, Toddler Boy I, is six weeks away from turning two. I know it’s a cliché to say it but I have absolutely no idea where that time has gone. It’s flown by. My baby is definitely no longer a baby – and as he’s our last child, it’s time to update the nursery that he’s been sleeping in, and which his big brother used for two and a half years before him, into something more suitable for a toddler.

As sad as I am to be saying goodbye to his baby days (and my baby days too), I’m excited to transform his room into something more suitable for a toddler and which reflects his personality.

He’s such a happy little boy, who loves dinosaurs, pirates, superheroes, trains and cars. He loves mud and puddles and generally running around outdoors. And he seems to be drawn to bright colours too. So we have plenty of inspiration when it comes to boys’ bedroom ideas.

At the moment, the room is all browns and creams, with pine furniture. We chose neutral colours for the nursery as we didn’t know the gender of any of our three children while I was pregnant. Other than a few accessories, it’s still very much a neutral room. I loved it for my two boys when they were babies, but now it feels a little dull and boring for such a vibrant little boy.

His big brother, Little Man O, who is now 4, moved out of this room to make way for the new addition into his big boy space-themed room, where blue is the overriding colour. We did consider something similar for Toddler’s room, but he’s such a hand-me-down kid as it is, I want him to have something that is inspired by him and unique to him.

I want to make sure the room will last him a good few years and can easily be updated as he grows. I don’t want to fall into the trap of kitting it out with things that are great for a two and three year old, but which will look too babyish by the time he’s four.

Toddler also has the smallest room in the house, the box room. We considered whether he should share with Little Man, but both Cardiff Daddy and I feel that as we are lucky enough to have enough bedrooms, each of our children should have their own space. My big dream is to one day convert the attic into a bedroom, so that the box room can become my home office, and each of the children will have a decent-sized room of their own. Financially, that won’t be happening for a good few years yet, so I’m keen to find ways to utilise the space in the box room as best we can. 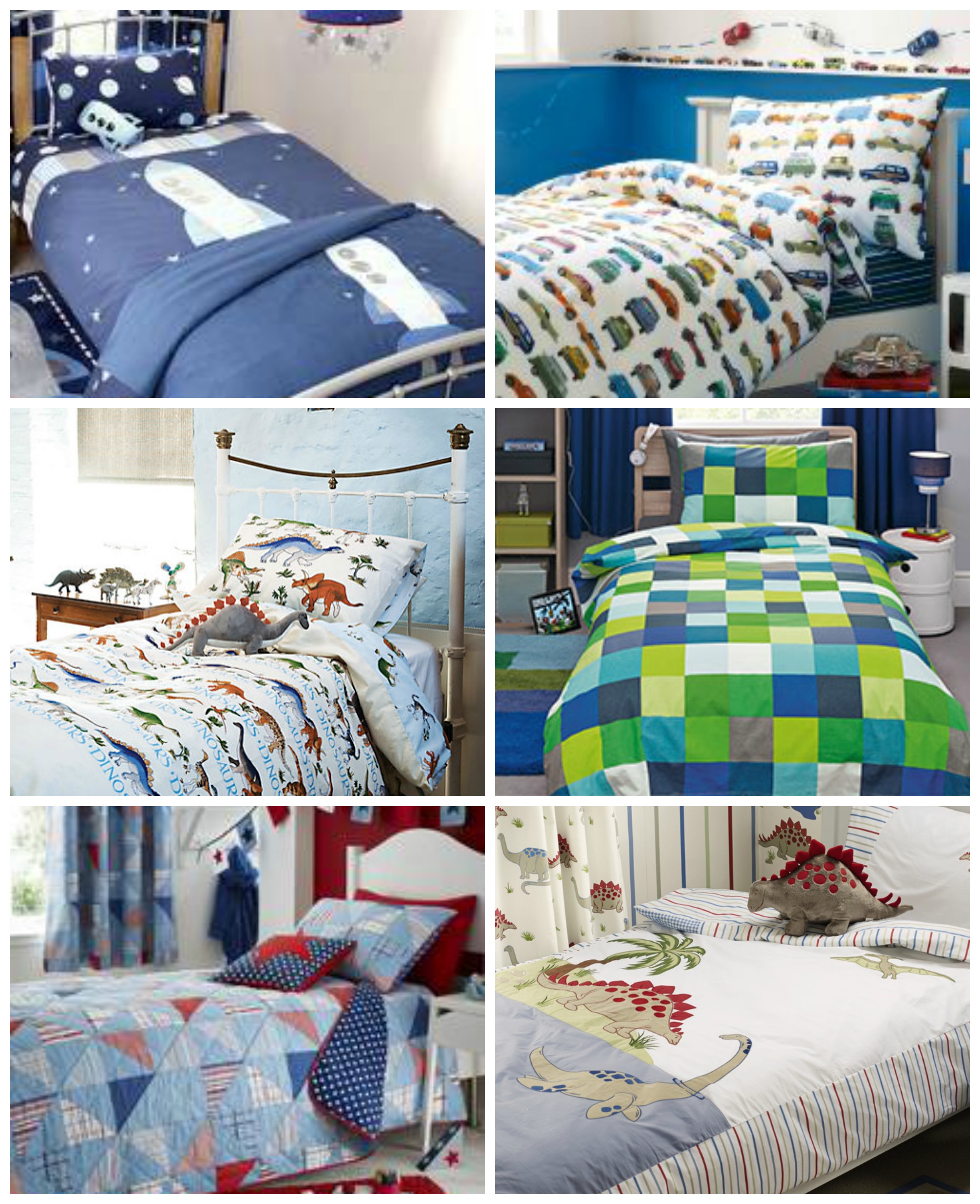 We’ll soon be taking the sides off his cot bed – it’s one of the larger ones, so should see him through until he’s about four or five and then we can look at either getting a single bed or some kind of cabin bed. Although my worry with that is that it’ll look too overwhelming in such a small space.

In the meantime, I’m planning on getting some brightly coloured tray-style drawers to go underneath his bed to create more storage space. The shape of the room means there’s not really space for a wardrobe, unless it’s an incredibly thin one… which probably wouldn’t hold much either so seems a bit pointless.

The changing unit top also needs to come off the chest of drawers – in fact, that’s probably something we should have done months ago, but have never quite got round to doing. I think that small alteration will make the room look significantly bigger.

The basic furniture – bed, chest of drawers and small bedside cabinet with three drawers – is all still in really good condition. It’s now just a case of adding soft furnishings in whatever theme we decide – curtains, light shade, perhaps a cushion or two and some pictures for his walls.

We’re still very much in the planning stages and scouring the internet for ideas – Homify has been great for inspiring us so far, and I’ve been looking back over the Pinterest board we started when we decorated Little Man O’s bedroom a couple of years ago too.

I’d love to know what you think. Do let me know in the comments section below, on the Cardiff Mummy Says Facebook page or by tweeting me on @cardiffmummy 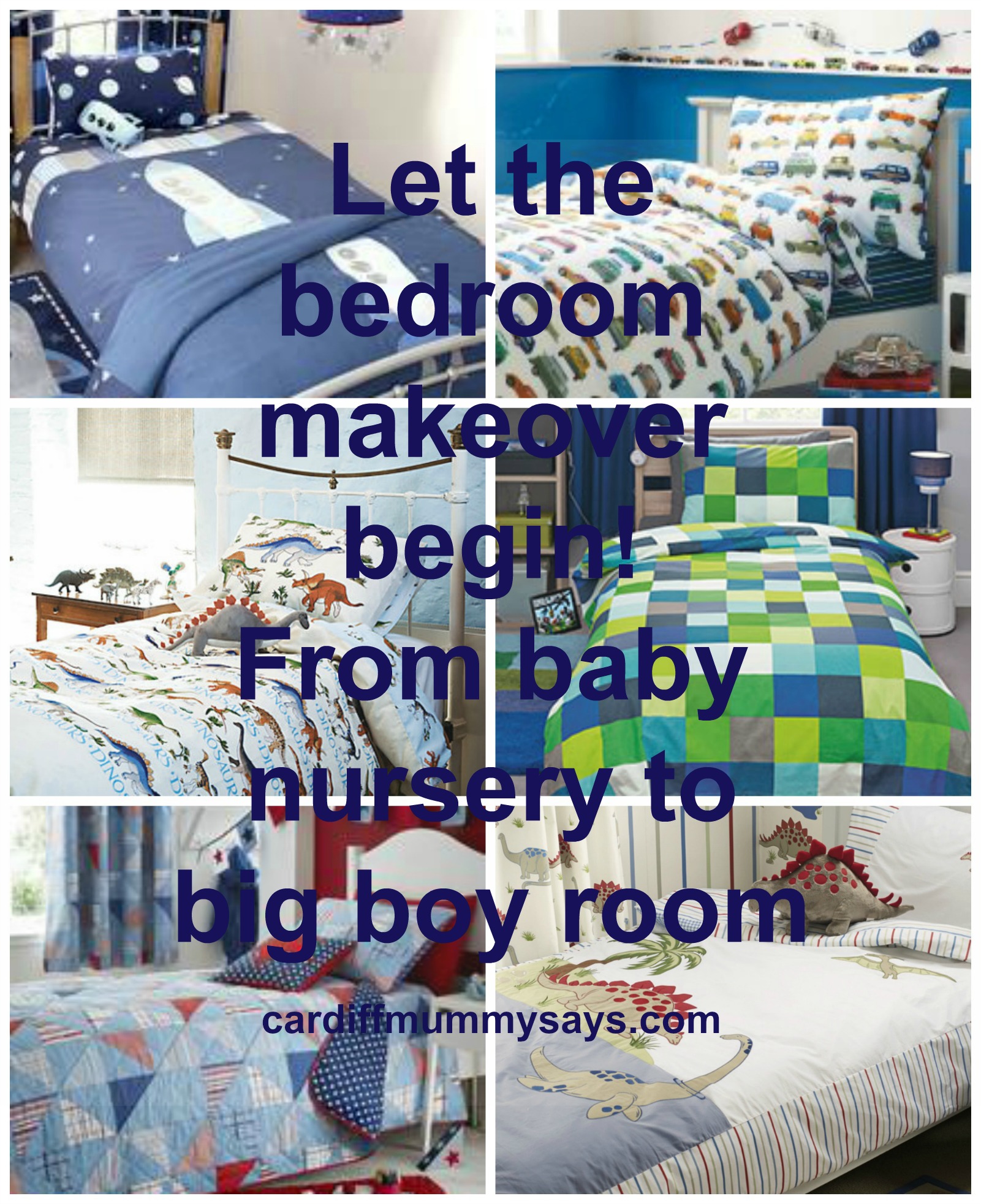