I love my children to bits, I really do. But my goodness, I was so relieved when all three were tucked up into bed, fast asleep, tonight.

I stood in the semi-darkness outside their rooms, closed my eyes and just breathed in a great big breath of utter silence.

Today was most definitely ‘one of those days’. Shouting, tantrums, over-sensitivity, tears, fighting siblings. I even got hit over the head with a Ninja Turtle – and it hurt.

Looking out of the window tonight, I saw this. 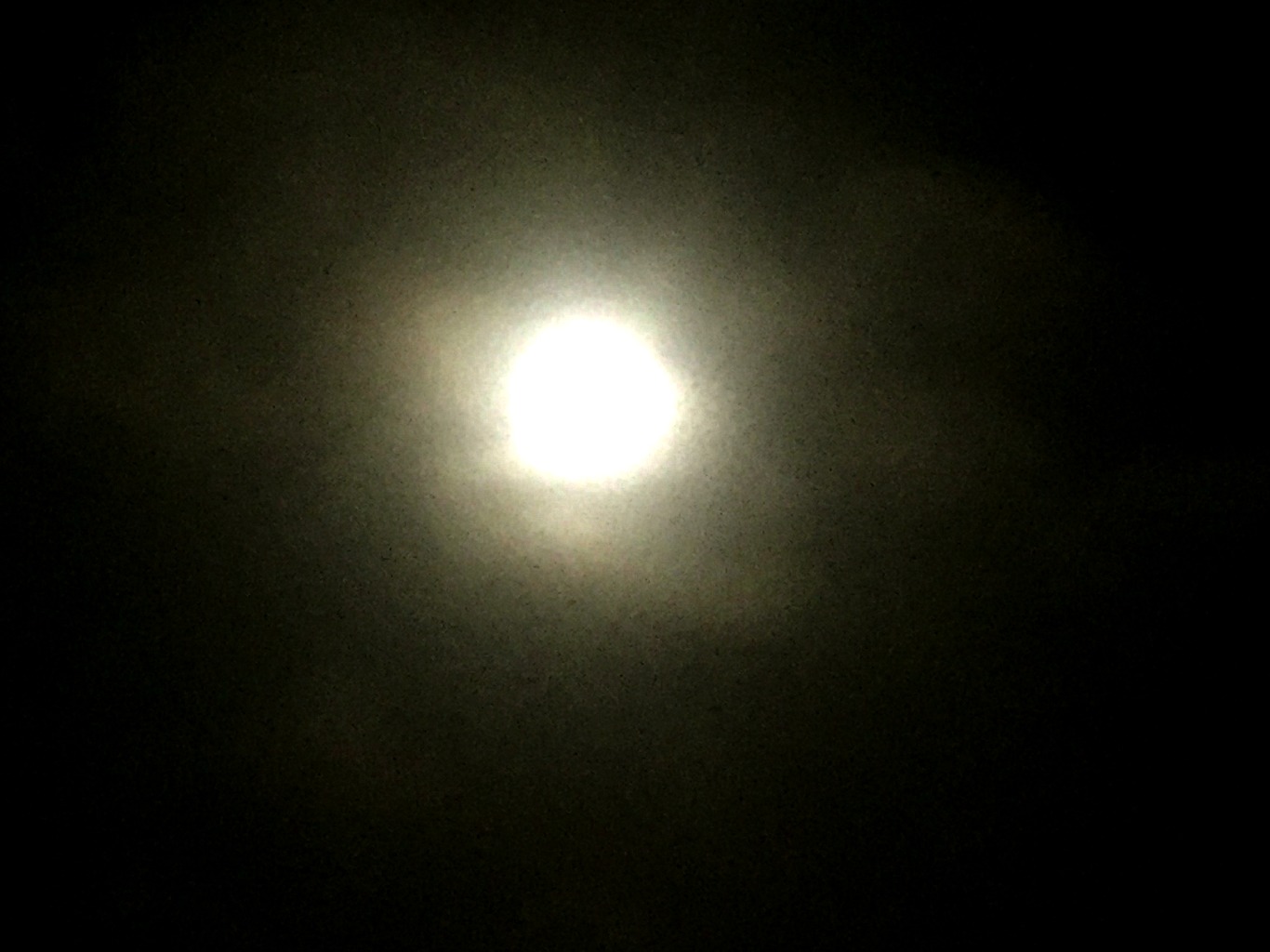 And that explained it all. A full moon.

I’ve always said the moon affects my children’s behaviour. Some people might think I’m talking rubbish, but I swear it does.

Over the years, I’ve noticed certain days in the month where more friends than usual will comment on how trying their children have been. And it always coincides with a full moon.

I’ve heard mental health professionals say that their patients have more violent and/or psychotic episodes around a full moon. Indeed, the word lunatic comes from lunar, or moon.

My midwife friend says there are always more babies born on a full-moon.

It’s all anecdotal, of course. I’ve looked into scientific studies on the moon and behaviour and the results are mixed. Some show a correlation, some don’t.

The research seems to be in agreement that the light of a full moon has an impact on the level of melatonin we produce, which can in turn affect our sleep by an average of 20 minutes.

And I’m sure my children aren’t the only ones who don’t cope well when they are tired.

I think it’s more than that though. Our bodies consist of around 60% water, although in babies this can be as much as 73%. We all know that the tidal flow is affected by the moon, so it makes sense that we humans could be affected too.

And mine too. Female ovulation cycles often correlate with the lunar cycle. And I know I’m likely to be more emotional, have less energy and be less patient around the time of a full moon. So it’s a double whammy, really.

Don’t get me wrong, I’m not trying to excuse or condone my children’s behaviour. I’m not letting them run riot and then blaming it on the moon. There have been consequences for inappropriate behaviour today.

But I’ve tried to maintain my calm and help them work themselves out of their frazzled state, rather than jump in too heavy-handed.

I’m sure some people will think I am talking rubbish – but I always know a full moon will bring extra parenting challenges.

What do you think? Does the full moon affect your children’s behaviour? Do let me know in the comments section below, on the Cardiff Mummy Says Facebook page or by tweeting me on @cardiffmummy