If you’ve had a baby in the last eight or so years, chances are that after the initial phone calls and texts to your nearest and dearest, you announced the news to your wider circle of friends and contacts via social media.

You were probably inundated with beautiful messages of congratulations and best wishes, awwws and ahhhs and declarations of how beautiful he or she is.

But then imagine if those comments started turning on you. “You named your baby WHAT???” “Why did you call her THAT name? Poor kid is gonna need counselling.”

It would probably make you want to cry, right? Well that’s exactly what’s just happened to Sam Faiers (of The Only Way Is Essex and Celebrity Big Brother fame), whose personal Instagram account is filled with such spiteful comments relating to the name she’s chosen for her firstborn.

“erm what the hell. They named him Paul Tony?”

“I can’t believe she called her baby Paul”

“its a tits name”

(all quotes copied directly; bad grammar not mine!)

As much as I love social media (it’s an integral part of my job, after all), this is one of the huge problems with it. People think it’s acceptable to write rude, insensitive and vile comments without thinking of how it might affect the person in question. Regardless of what you think of Sam (and I admit, I am no fan of this style of reality television), surely laying into a tiny newborn is just cruel? 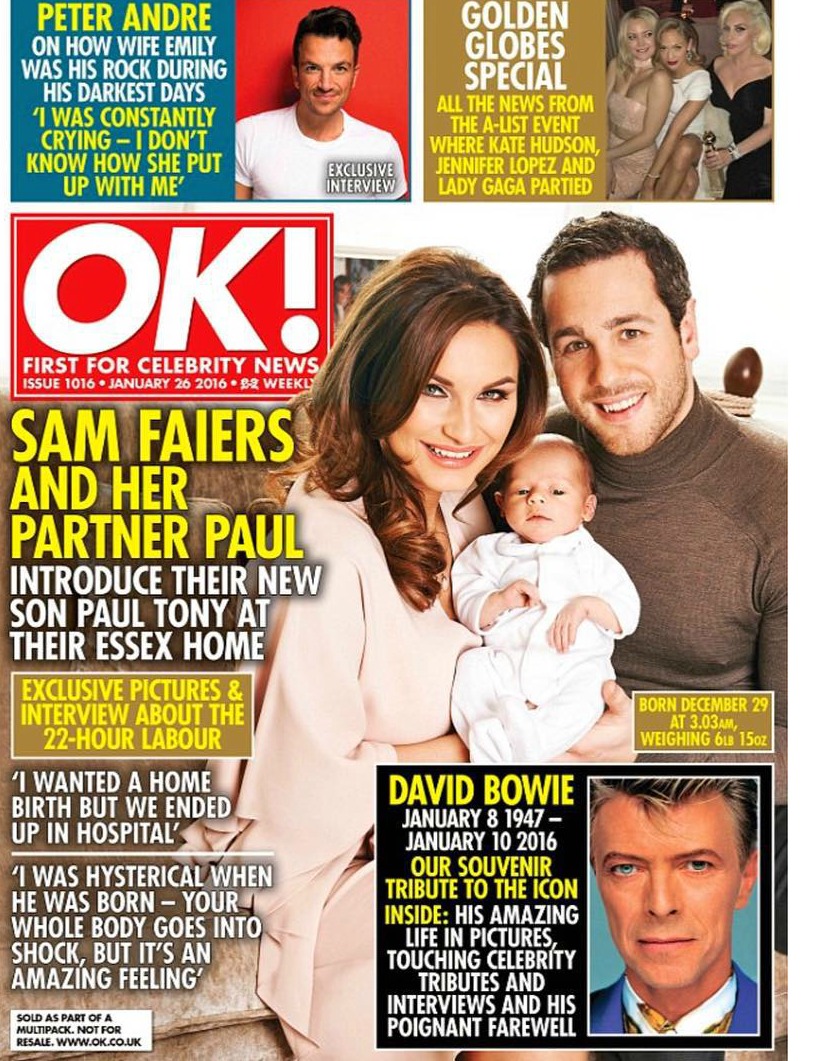 Before social media, and indeed away from social media in the real world, if someone told you their baby’s name and you didn’t like it, you might ask them to repeat it while you thought of something considerate to say. You might comment that the name is unusual or ask if there’s any meaning behind it. Most likely, you’d force a smile, and say, ‘ah, that’s lovely’, even if you didn’t quite mean it, and perhaps share your real opinion with a trusted friend.

Now, I’m not saying that’s an especially kind thing to do either, but at least it would be discreet. At least it wouldn’t be likely to leave the mum in question (tired and emotional after birth, possibly in pain from the delivery, possibly overwhelmed by it all and feeling clueless about being a mum) in tears.

Of course there are baby names I’m not too keen on myself. I’m sure most people are the same – we do live in a democracy after all and we’re all entitled to an opinion Some of the more out-there baby names given to celebrity offspring are not to my personal taste, for example.

And that’s fine. The world would be a boring place if we all had the same opinions.

However, writing offensive comments to the person in question is just rude, cruel, vindictive and shows a complete lack of respect. When did this form of online bullying, trolling, whatever you want to call it, become so normal and accepted? Thankfully, for all the negative messages, there were ones in support. A number of them from mums who also had sons named Paul.

The baby in question is named after his dad and his uncle. In a lot of cultures, that’s a really common thing to do, honouring the family lineage. Imagine how proud and emotional those two men must be, not to mention other members of their family, that this tradition is continuing.

One of my children shares the name of one of my grandfather’s siblings. Another has a middle name that features in both mine and Cardiff Daddy’s families. We have nephews who are named after various grandfathers and great-grandfathers. I love that the names have a meaning. I love that they symbolise our family heritage.

If other people don’t like my choice in baby names, I’m glad they haven’t had the insensitivity to say it to my face.

I’m glad that when I posted the announcements of my children’s births on my personal Facebook account, I was greeted with nothing but positivity and support.

After my daughter, my first child, was born six years ago, I was in so much pain after a difficult delivery. I was puffy and swollen. I could barely walk. I could barely sit down due to an episiotomy, stitches, piles, the works. I got a nasty bout of mastitis. Cardiff Daddy was back to work within a week and I was home alone with a newborn, barely able to look after myself, never mind her. Those kinds of criticisms would have destroyed an already-vulnerable me. When I was feeling so physically low, everyone’s beautiful messages really helped lift me.

So I can’t understand why people have lost the arts of compassion, politeness and respect and feel it’s appropriate to write such comments on the star’s personal Instagram account. Yes, she makes her living in the public eye, and yes, perhaps some of her behaviour has been questionable. But we’re talking about a little baby here. A precious miracle of life, just like every baby.

I have friends whose parents or close friends have told them they didn’t like the name they’d given to their child. And I know how upset it’s made them. Nobody I know has gone into choosing a baby name lightly. I think all parents recognise what a big decision it is. A lot of mums and dads agonise over it for months.

Unless a name is offensive, how is it anyone else’s business what new parents call their child?

If she’d call her baby Hitler or Bin Laden or something, then fair enough. But the child is called Paul, for goodness’ sake!

Granted, it’s not exactly one of the top 20 baby names for the youngest generation but think of all the great Pauls out there – McCartney, Weller, Simon, Newman and Robeson among a few. What an inspiring roll call of people to share a name with.

And, above all, his mummy and daddy like it.

Shouldn’t that be enough?

Has anyone ever criticised your choice of baby name? How did it make you feel? Do let me know in the comments section below, on the Cardiff Mummy Says Facebook page or by tweeting me on @cardiffmummy

Homepage » Family life » Is it ever appropriate to attack a new mum for her choice of baby’s name?

16 Comments to Is it ever appropriate to attack a new mum for her choice of baby’s name?