(The images in this article have all been widely shared on social media. I am sorry I do not know the original sources to be able to credit them)

My eight-year-old son cried when I talked to my children this morning about George Floyd and police racism in America. Proper tears.

I held him in my arms and I cried too.

I had the most fleeting of moments where I wondered whether talking about it was the right thing.

And then I reminded myself that, absolutely, definitely, without a doubt, this conversation is the right thing. It might be hard, it might be upsetting, I might worry about what I say, I might worry that nothing I say can truly conjure up the experiences of people of colour.

But it is not okay to be silent; as Martin Luther King said, “In the end we will remember not the words of our enemies, but the silence of our friends.”

It is simply not enough to be quietly not racist. We need to be actively, vocally anti-racist. 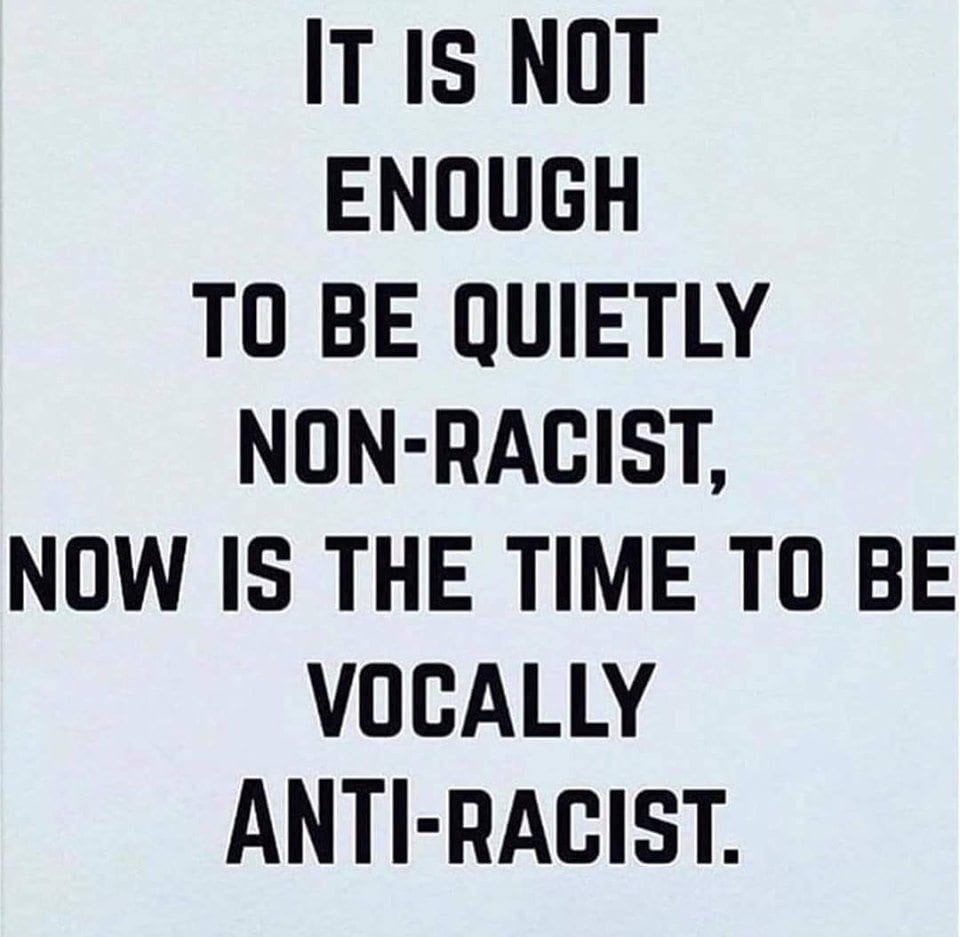 I have tried since my children were little to talk to them not just about racism, but also sexism, homophobia, disability rights and all injustices. I have explained to them that while we can’t truly understand how it feels for someone who is bullied, persecuted, or discriminated against because of the colour of their skin, their sex, gender or sexuality, or because they have a disability, we can listen, we can learn, we can empathise, we can call out discriminatory behaviour, we can show solidarity, we can educate ourselves and we can help educate those around us.

My children had seen reports about the death of George Floyd and protests in America on Newsround on CBBC (a good starting point if you’re not sure how to begin talking about it), so I sat down with them and watched the reports again, pausing to answer their questions. They found it hard to understand that people could harbour such prejudices and behave in such a violent way towards others. And that’s when the tears started. “It’s so wrong,” my eight year old sobbed. “People should not be dying like that.”

We discussed that America isn’t the only country where racial discrimination and persecution is happening and that while it might not be as prevalent, it is still wholly inexcusable.

We talked about the history of black oppression: slavery, apartheid, segregation. They know about this anyway, but we talked about it in the context of that although things are better than they were, and although laws are in place to protect people from racial discrimination and persecution, there is still a very long way to go. We all have a role to play in ensuring that things change but – and here is something I find hard to explain to young children – not as ‘white saviours’ but as allies to black people who have fought oppression for centuries. 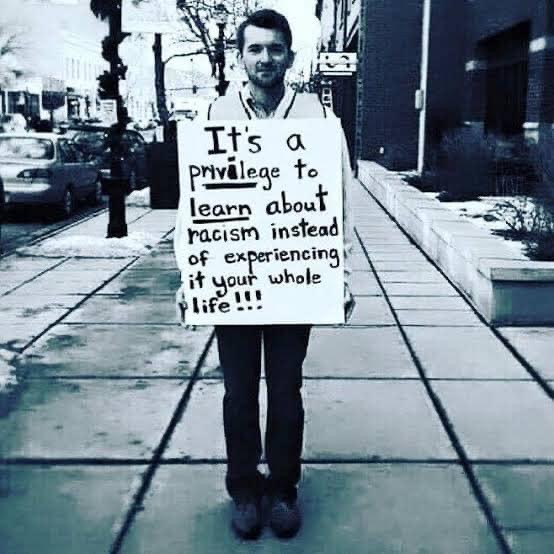 We discussed the word ‘privilege’ – and as I explained to my children, the very fact that they have learned about racism, rather than experiencing it their whole lives, is a sign of immense privilege.

If we were a family of colour, I explained, then we would likely experience racism regularly. There might be outright verbal or physical abuse, but a lot of it would be more subtle.

All of these are racist behaviours. The fact that we don’t experience any of this because of the colour of our skin is white privilege. We need to use that privilege to stand in solidarity and make a difference as best we can.

For my part, I have tried to educate myself, to seek diversity in the books and articles I read, the social media accounts I follow, and the TV programmes I watch. I am careful to listen, rather than making assumptions.

I’ve learned that it’s wrong to say ‘I don’t see colour’. We should see it. To deny colour is to deny what makes someone who they are. People’s differences should be celebrated, their experiences should be listened to. People being treated differently, wrongly – illegally – because of their colour is the problem.

Today, as well as supporting the #BlackOutTuesday movement on social media, I have read comments from people of colour sharing their experiences. Like the woman who was always made to be the witch when playing games at school because she was the only black child; or the girl who came home crying to her mum that she wanted blonde hair because she was teased for her skin colour and hair. Like the mum whose toddler children have been called offensive racist names when out in public. These are all experiences shared by mums living in the UK. 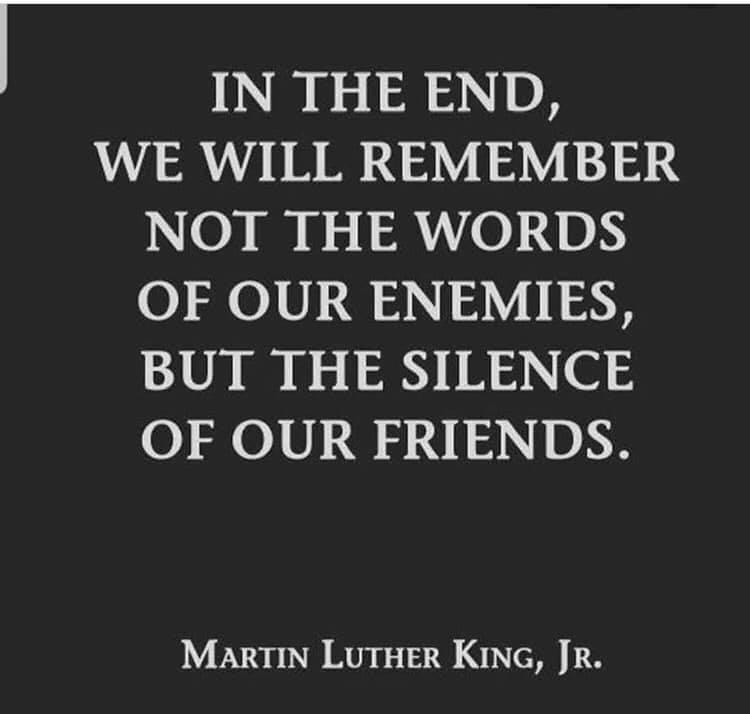 I’m finding it hard to write about all of this. Although I have talked about racism and discrimination before on my social media channels, I know I could have done more. But worry has prevented me. I worry a lot about the words I use; that the way I explain things will somehow cause offence. I worry about how what I say will come across to black, Asian and minority ethnic people. The last thing I want to be is patronising or to sound as if I am speaking on behalf of people who I have no right to be speaking for. But, these last few days have shown me that a few nasty comments on social media are nothing in comparison. Silence is not okay.

I recognise that my skin colour makes me privileged and also that having a platform where my voice is heard is a huge privilege. So I’m doing my best. I’m willing to listen. I’m willing to learn. If you have any advice or resources to share then I would love to accept them. 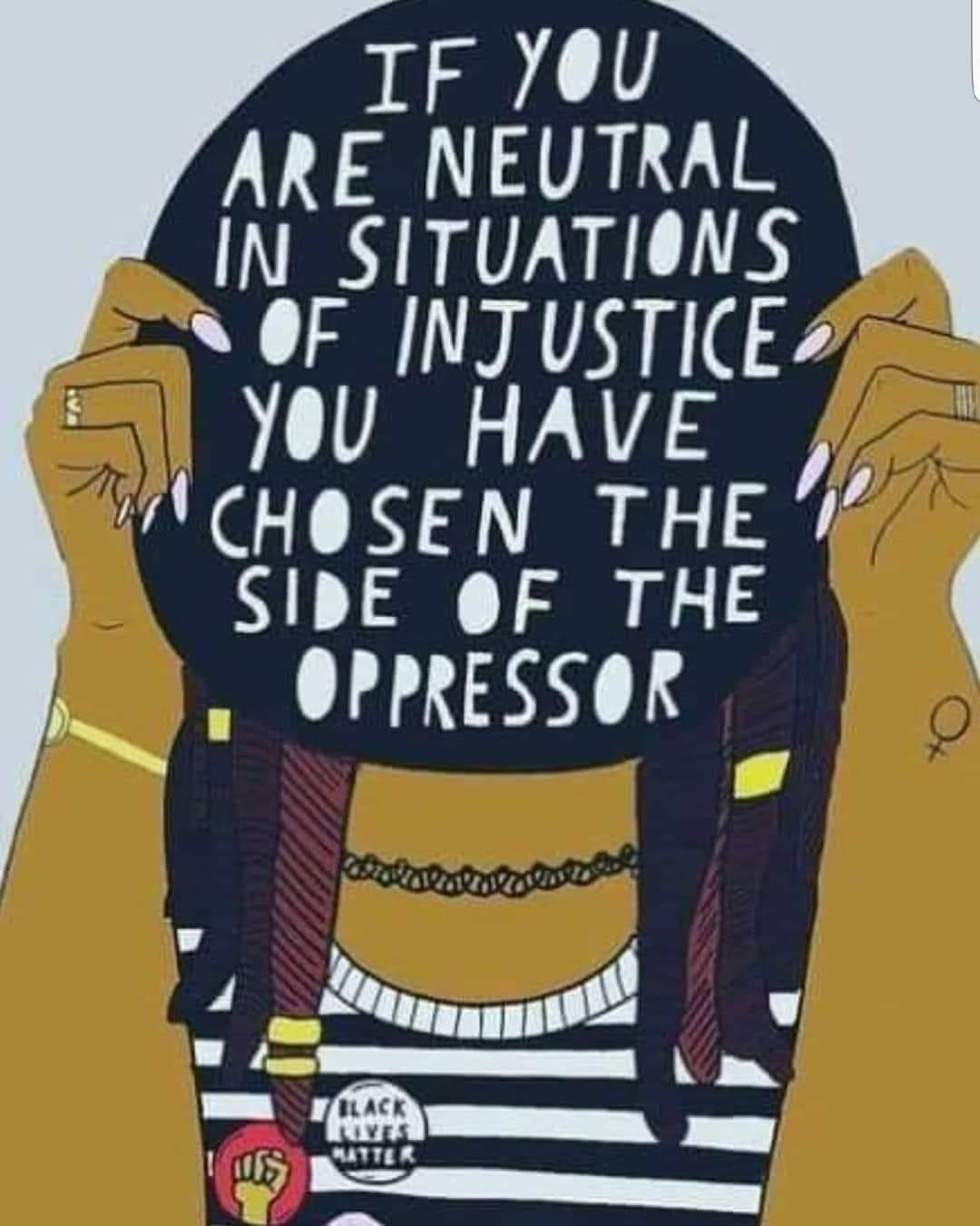 I would love to hear your thoughts, in the comments below or on the Cardiff Mummy Says Facebook page, or you can tag @cardiffmummy on Twitter or @cardiffmummysays on Instagram

Here are some of the ways I’ve opened up the conversation about racism with my children:

Hairspray – the stage musical and the 2007 musical film. Set in 1960s Baltimore, yes, it’s a bright and uplifting musical with some fantastic songs, but it also features segregation, with black dancers only allowed to star on a local TV show on ‘Negro Day’ once a month, and protest, as the teenagers try to change this.

The Fresh Prince of Bel Air – we’ve been watching the entire run of this on Netflix during lockdown. Several weeks ago, this show opened the discussion for us on police racism, and black people getting stopped by police while driving nice cars simply for the colour of their skin. It’s one of the few shows with an entire cast of African American actors.

Newsround – as mentioned above, the daily news bulletins have discussed the murder of George Floyd and the resulting protests and riots in child-friendly language and have been a good starting point for our conversations.

Good Night Stories for Rebel Girls – the pages on Rosa Parks helped us talk about segregation and the impact one person can have on changing the system.

Martin Luther King’s speech – we used the Queen’s Easter and VE Day speeches this year as a cue to look at more famous speeches from history as part of our home schooling, including the famous “I have a dream” speech in which the King called for civil and economic rights and an end to racism in the United States, and for his four little children “will not be judged by the color of their skin, but by the content of their character”. We also watched Barack Obama’s inauguration speech and talked about the significance of America having its first black president.

Visiting the M Shed Museum in Bristol – granted, this is no good during lockdown, but there’s a section on Bristol’s role in the slave trade which helped us talk about it with our children.A Mighty Girl website and Facebook page – If you don’t already follow A Mighty Girl, I highly recommend it as being a site full of incredible resources. It’s helped me a lot over the years to find diverse and positive role models, information on activists, campaigners and activists, uplifting stories of people overcoming the odds, informative reading material, films and so on to help to speak to my children about all kinds of injustices and inequalities, social change, as well as helping me to become more informed about other people’s experiences.