I have watched a lot of Peppa Pig over the years. I’m sure most of you reading this have too. I was hoping my eldest two would have started to grow out of it by now. But no. Even though their TV viewing tastes have matured a lot over the years, Little Miss E, 5½, and Little Man O, 3¾, are still partial to an episode or five of Peppa. And now Baby Boy I is starting to take notice of it too.

I’ve watched so many episodes of Peppa I swear it could be my Mastermind specialist subject. Yet there are still so many things that baffle me about the show. 21 things in fact. 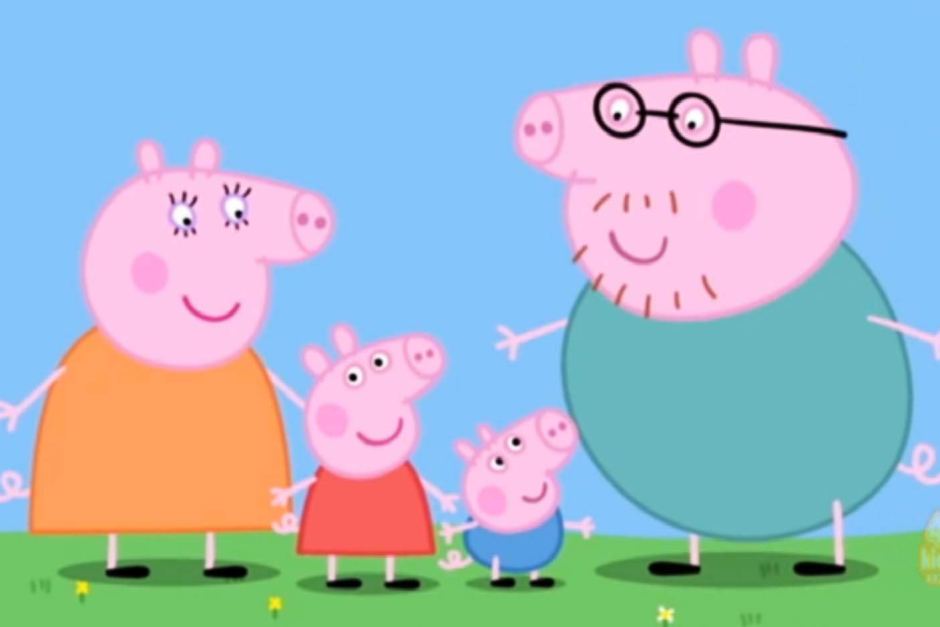 1. Why is George the only one whose name isn’t alliterated? Peppa Pig, Susie Sheep, Danny Dog, Zoe Zebra, Rebecca Rabbit. You get the picture. Why isn’t he called Peter. Or Paul. Or Percy? Just think of the tie-ins they could have had with Marks and Spencer’s Percy Pig sweets with that name.

2. What are Mummy Pig and Daddy Pig’s actual names? What were they called before they became parents? And why does no one ever call them by their first names? I don’t call my friends Mummy Smith or Mummy Jones. It’s freaky!

3. How much does Miss Rabbit earn in an average year with all those jobs? And what’s her tax bill like?

4. And what if Miss Rabbit had children? Would she be called Mummy Rabbit too, like her sister? Or is she stuck as Miss Rabbit forever?

5. Because, you see, even in the presence of her nieces and nephews she is still Miss Rabbit and not Auntie.

6. And even more confusingly, why do Peppa’s cousins not call their own parents Mummy and Daddy Pig? Why are they only ever called Uncle and Auntie?

7. Why have my children never asked why Miss Rabbit and Nanny Plum from Ben and Holly sound so similar?

8. Does Peppa have a huge collection of red dresses to keep her going through the week or is Mummy Pig just really good at keeping on top of the washing? (Because we know it won’t be the hapless Daddy Pig doing the washing.)

9. Which washing powder do the Pig family use – and where can I get some from, because their clothes are always so spotless?

10. Why do some animals speak and not others? Why do we never hear from the ducks, spiders and goldfish?

11. Why are all the animals the same size? In what other land are elephants and rabbits equal?

13. Why is the Queen human? Why isn’t she a lioness or a badger or something?

14. Does Daddy Pig have parents? I’ve seen Mummy Pig’s plenty of times, but never his. Were they turned into sausages or something?

15. Why are there so many hills in Peppa Pig land? Who designed that town?! How did they ever get planning permission to build a house at the top of such a high hill?

16. Why does everyone have such wildly different accents? Cockneys, Welshies, Northern, French… the lot! What is the native accent for Peppa Pig land?

17. Do the mummies ever go out together and drink too much Prosecco and moan about the daddies or how tired they are from kids who won’t sleep?

18. What happens when Peppa grows up and there are no other pigs in town for her to marry?

19. How do they not hurt themselves when they fall straight down onto the floor laughing?

20. Are there any episodes that I’ve not seen?

21. Why do my children still like it so much? We’ve already been watching it for four years. How many more years lie ahead?! Will I ever be free of the piggy? Will I miss her when she no longer graces our screens?

Any other things that baffle you about Peppa Pig? I’d love to know! You can comment below, tweet me on @cardiffmummy or join in the discussion on the Cardiff Mummy Says Facebook page.