I mentioned homemade popcorn in my kids’ summer to-do list post as one of 50 simple things to enjoy this summer. A few friends have told me they’ve never made it before and asked what they need to do. It’s so simple, I promise, and great fun too. The key is getting the oil to the right temperature so the kernels don’t burn. Oh, and preferably use a saucepan with a glass lid as it’s so much fun to see the corn jumping around in the pan as it pops. My children think it’s hilarious.

1 tbsp oil (canola oil is good; I often use olive oil but you have to be careful it doesn’t burn the kernels as it gets hot quite quickly) 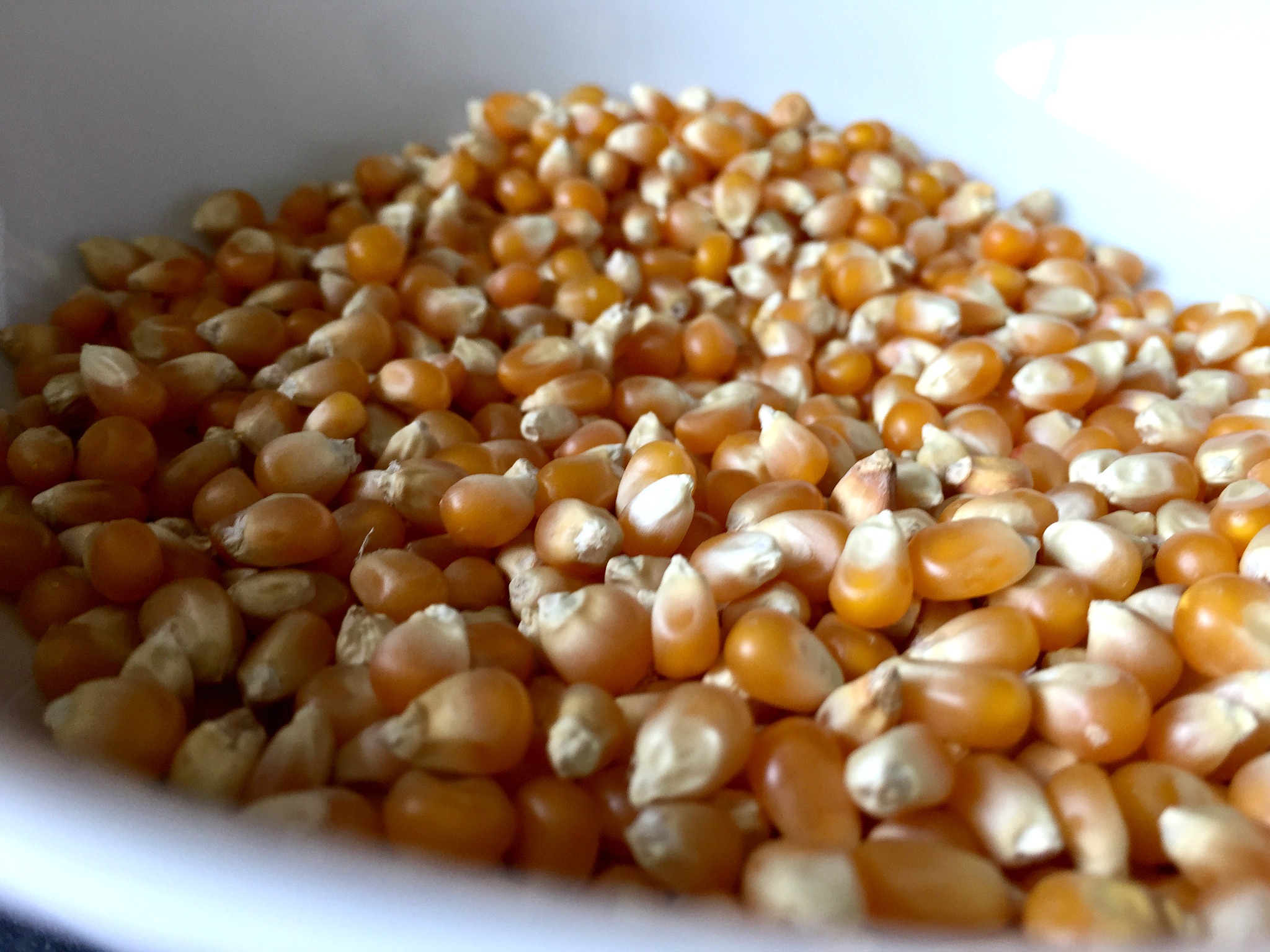 1. Heat the oil in the pan on a medium heat.

3. When the kernels start to pop, carefully remove the pan from the heat and add the rest of the kernels. Give them a good stir so that they are coated in the oil. Put back on the hob, on a LOW HEAT (this is really important so the corn doesn’t burn), and cover with the lid.

4. The corns should start to pop in about 30 seconds. Give the pan a good shake every 10 seconds or so, so that the kernels don’t stick or burn. 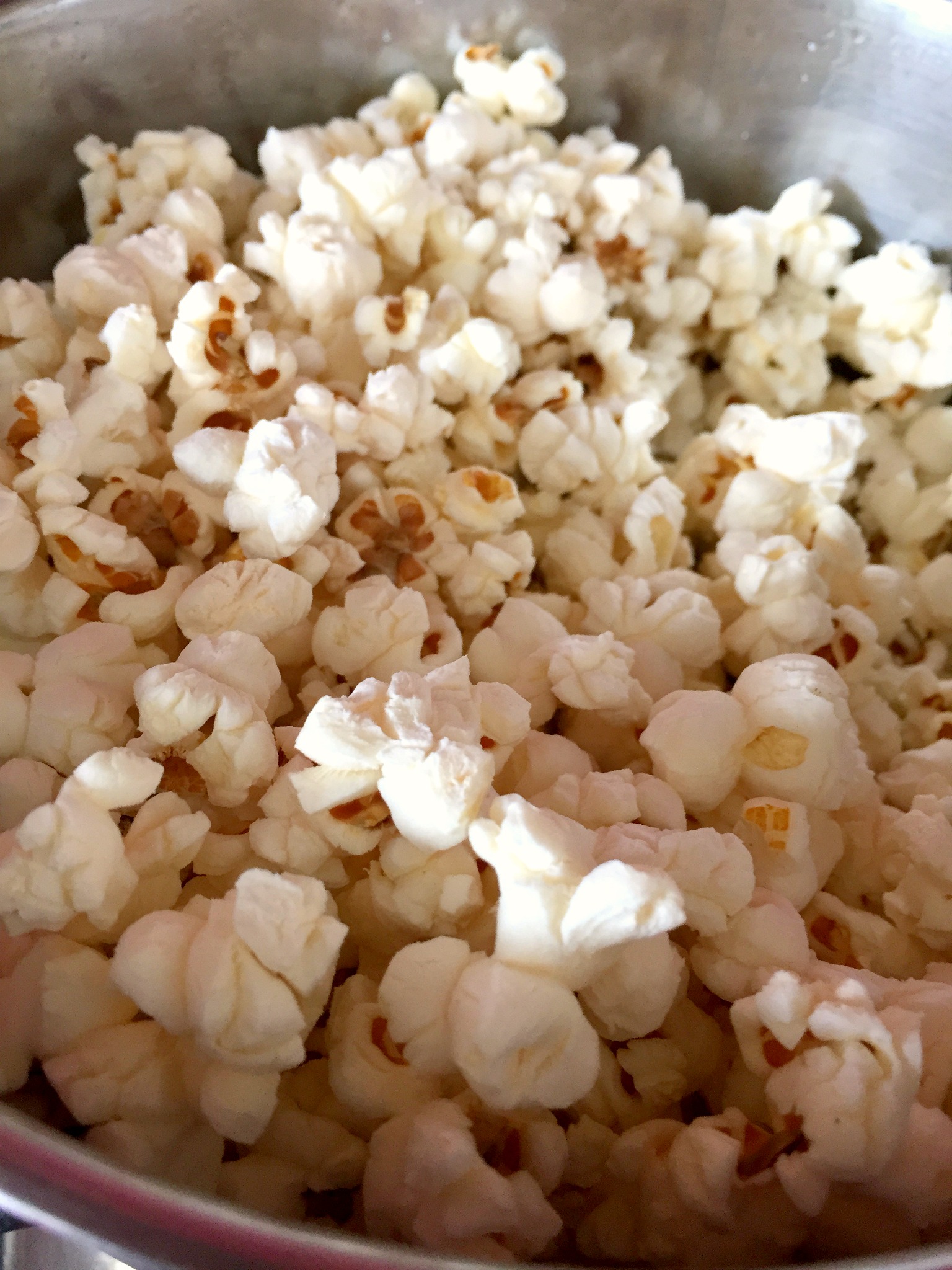 5. When the popping slows down, remove from the heat.

6. If you want to make sweet or savoury popcorn, add a teaspoon of sugar or salt when the oil is heating, so that it will be evenly distributed. 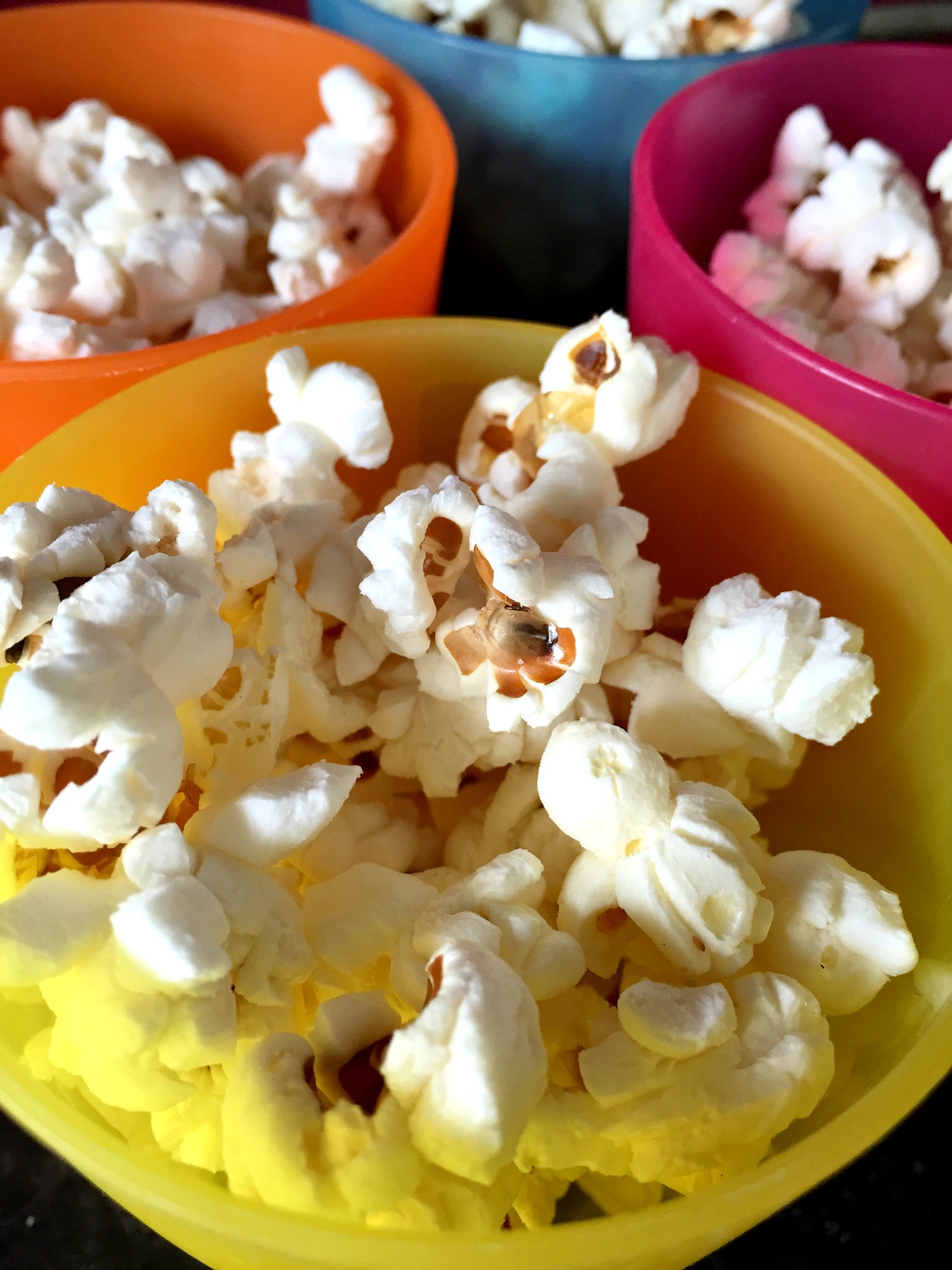 Tasty, and healthy too.  As well as making this if we’re watching a family film together, we often make a batch up on a Sunday to have as after-school snacks during the week. Just make sure to store in an air-tight container.

You can see all my food posts here.