We have a saying in our house that you can never too much fresh air, books or Lego.

Regular readers of Cardiff Mummy Says will know that I’m obsessed with children’s books and you’ll also have seen reports of our days out in and around Cardiff whatever the weather. But, so far, I’ve never written about Lego on my blog…. until today!

I’m excited to be working with Argos on a Christmas campaign that sees children across the country putting to the test the toys the retailer expects to be best-sellers this Christmas. Yes. toy reviewing is a tough job, but someone has got to do it! You can see the Argos top 10 here.

We didn’t hesitate to choose the Lego City Explorers Deep Sea Exploration Vessel from the list for us to play with (you can see my children on the Argos website here).

Despite the fact my eldest two children are younger than the recommended age range for this toy (Little Miss has just turned six and Little Man O is four, while the age guidance on the toy is eight to 12), they love Lego and are already very adept at putting the pieces together.

We already have quite a few Lego sets, but nothing from the City Explorers range and definitely nothing as big as this. 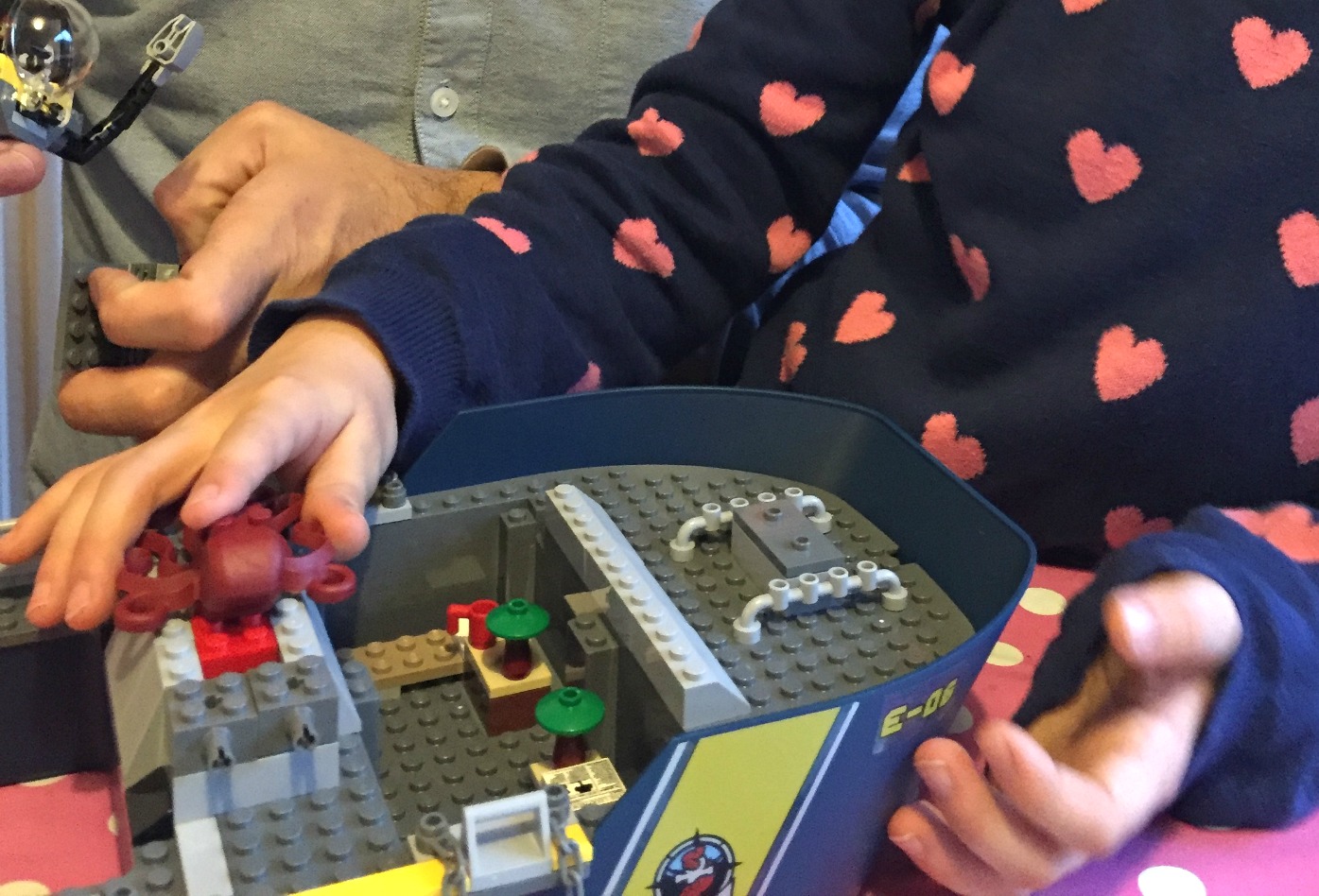 I liked that this toy would appeal to both of them, as well as providing an activity we could do as a family while Toddler Boy I, their 20 month old little brother, was having his afternoon nap. He’s at that age where we have to be careful what the other two play with while he is around partly for fear of him picking up and swallowing the bits, but also because he has a habit of picking things up and destroying them. I think it’s important for my eldest two children to have times when their play is not limited by their little brother, and this was the perfect opportunity.

The Lego City Explorers Deep Sea Exploration Vessel set contains one large vessel, a smaller boat that has been discovered shipwrecked under the sea, plus several pieces of diving equipment and a number of Lego people (men and women, I’m pleased to report).

I know Lego isn’t exactly the cheapest of toys, but I thought this set offered great value for money because it contained so much. The RRP is £79.99 but over the last few weeks, it’s been on offer at Argos.

Handily, each of the different elements to this set comes in its own little package, so it wasn’t too overwhelming with too many Lego pieces.

We took our time over a weekend to make up all the different vehicles. I could imagine for an older child, this could be a project to be completed over a week or so.

Lego instructions are always so clear to follow, which made it easy for Little Miss E and Little Man O to find the various bits and stick them together. They did need help with some parts of it, but Cardiff Daddy and I had just as much fun constructing it as they did.

They absolutely loved the Lego sharks and had great fun mixing and matching the various heads, bodies and legs of the Lego people.

Little Man especially liked the diver in the cage, who could be winched down to sea on the fully-working pulley. Miss E liked the orange lifeboat and some of the exploration equipment. They both had great fun pretending the Lego people were swimming among the hungry sharks.

And that’s one of the things I love most about Lego – once it is all constructed, it’s time for your imagination to take over. I love seeing my children create different scenarios for the divers and act out different adventures, sometimes together, sometimes on their own. 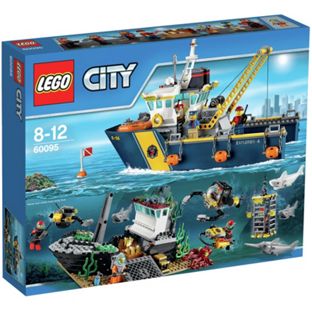 I love that this set is something that will be played with for years to come and will grow with them as they grow. I try hard as a parent to buy them birthday and Christmas presents that will stand the test of time, rather than be binned after one season, and this set does exactly that. I see Lego as an investment.

As I said earlier, I don’t think you can ever have too much Lego. It helps hand-eye coordination and fine-motor skills, problem-solving skills, colours and counting, creativity and imagination.

I feel like my children have learned a lot from this set too. I don’t think they previously knew too much about deep sea divers and explorations and we’ve had lots of discussions about oxygen tanks and breathing under water and shipwrecks and so on.

The thing I love the most about Lego is that the possibilities are endless. Your imagination is your only limit. Yes, you can follow the instructions and make what’s on the picture on the front of the box, but you could just as equally make anything you choose. 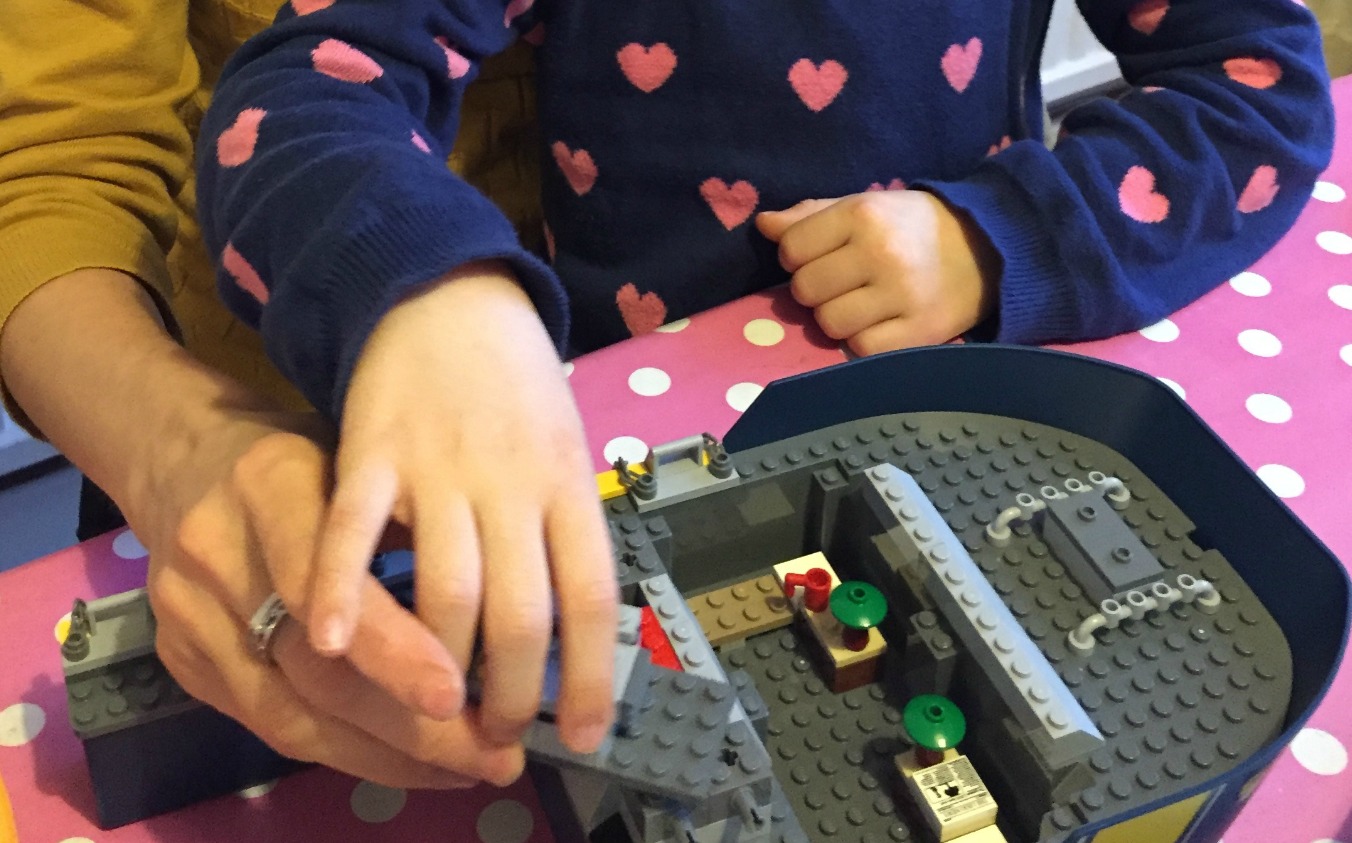 Miss E loves Lego Friends at the moment and Little Man the Lego Superheroes sets. Sometimes they want to build what’s in the picture, other times they are happy to let their imagination run wild. Miss E likes building towers of bricks in each separate colour (a girl after my own heart when it comes to organisational skills). They both love building houses and castles. Or random constructions, such as a monster-car or a princess-robot. And I know they’ll be doing the same with this set too.

As an adult, I’ve loved rediscovering Lego and Duplo with my children. It’s so much fun, and very relaxing and therapeutic creating something. I quite happily sit alongside my children making my own things.

And, while at their grandparents’ house, my children have loved playing with the very same Lego and Duplo that my brothers and I played with when we were children.

It really is an investment of a toy that you know will stand the test of time. And perhaps one day my three children might be rediscovering the joys of their childhood Lego sets with their own children and even grandchildren?

Do your children enjoy playing with Lego? Will they be getting any for Christmas? Do let me know in the comments section below, on the Cardiff Mummy Says Facebook page or you can tweet me on @cardiffmummy

Homepage » Reviews » Why you can never have too much Lego

2 Comments to Why you can never have too much Lego