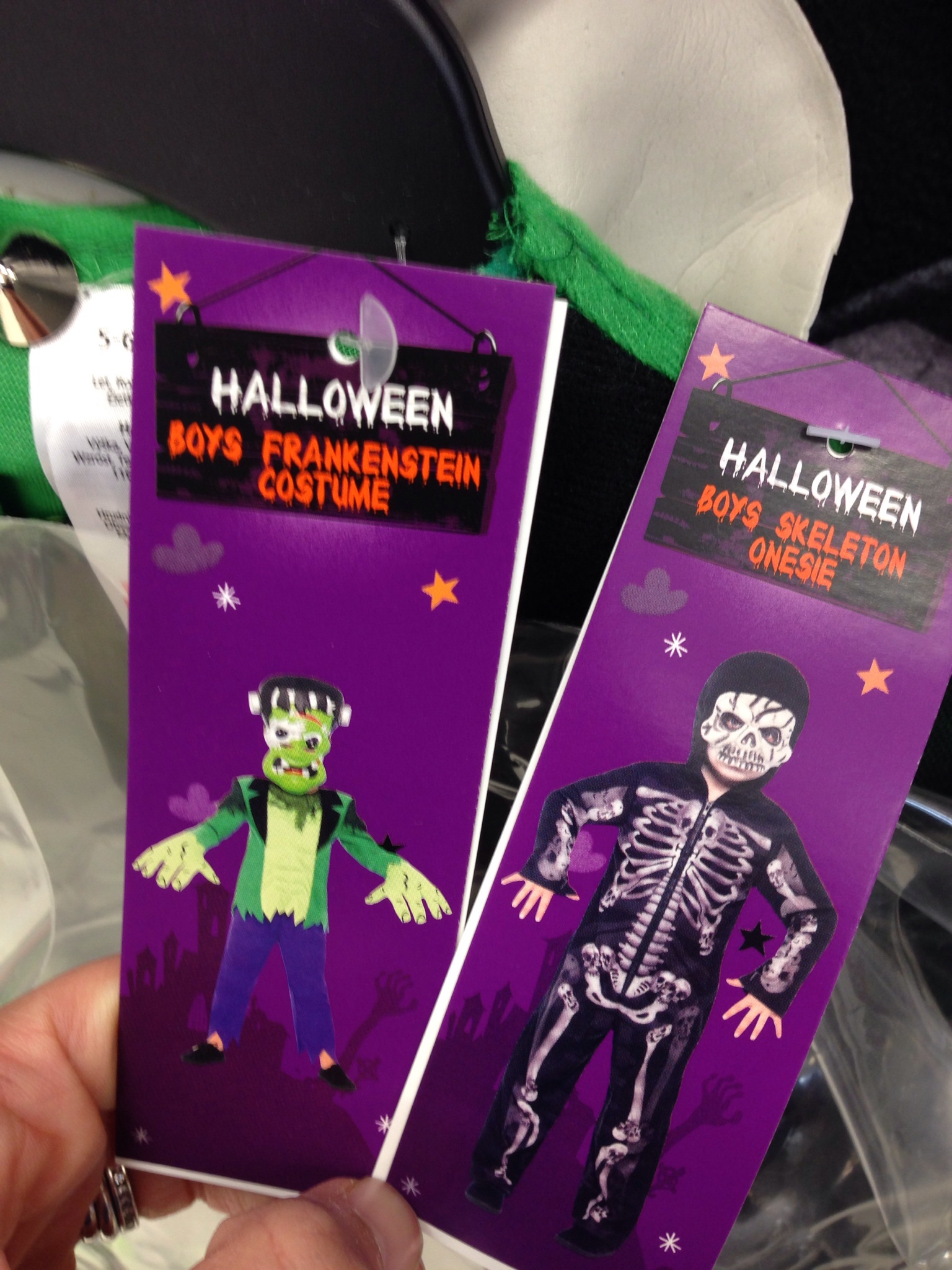 We love fancy dress in our house. We have a huge box filled with superhero, princess and pirate costumes, a doctor, police officer and fire officer, not to mention a star, a bumble bee, the odd Mr Man and a selection of animal masks, headwear and other accessories.

I deliberately keep all of the outfits in the same box. Some of them have been given as presents specifically to one of my children, others are hand-me-downs or charity shop buys, but when it comes to creative play and imagination, I want all of my children to know they can wear whatever they like, regardless of their gender.

If Little E, my four-year-old daughter, wants to be Spiderman, then brilliant. Ditto if Little O, my three-year-old son, wants to be a princess. Most of the time, they pick the outfits that would be most associated with their gender, but I want them to know they have a choice.

For example, when my children started clip-clopping around the house in my high heel shoes, I bought a couple of pairs of plastic shoes in a charity shop and told them they were for them to share. They love the noise the shoes make when they walk across our wooden floors – why should my son be denied that fun just because of his gender?

And when Little E saw Nannie fall and break her leg a couple of years ago, I bought her a doctor’s outfit to help her deal with it, as she was so upset. I went straight for the doctor outfit, rather than the pinkfied nurse’s one. I’d have no problem if my daughter wanted to be a nurse, but I want her to know that she can be a doctor too. And neither of them dress in pink.

And when Little O requested a pirate theme for his recent third birthday party, we wrote on the invite that children could come dressed as a pirate or anything else they preferred, rather than go down the usual “pirates and princesses” route that instantly divides the genders. Over half of the girls came as pirates – and all had just as much fun as the boys taking on our pirate obstacle course and walking the plank. Some of the girls came as princesses. One of the boys came as a cowboy, another as a soldier. Like I said, they came as what they wanted.

So you can imagine my reaction while browsing through the Halloween aisle in Tesco today and discovering that their rails of spooky costumes come complete with labels clearly telling shoppers which are for girls and which are for boys.

Boys are allowed to be Frankenstein, a skeleton, a ghost pirate or a zombie. Girls are allowed to be a witch, a black swan or a corpse bride. All the girls’ costumes are variations on the same theme: a little dress with a skirt of mesh layers.

I’m glad I didn’t have my children with me. While on my travels, I’ve been sussing out what’s on offer in different shops in terms of price, selection and quality before taking them to the best place to choose for themselves. And I definitely won’t be taking them back to Tesco for their outfits.

As far as I am concerned, my children can wear what they want. If Little E wants to be Frankenstein, then she can. If Little O wants to dress as a cat, then he can.

The problem, however, is that Little E can read. And what if she chooses a boys’ costume? Will she feel that despite me telling her otherwise, she has to put it back in favour of something some head honcho at Tesco has deemed appropriate for her gender? Or what if she tells her brother he can’t have the outfit he has chosen because it is for girls?

Fancy dress is about creative expression and letting your imagination run wild. It’s not reality. When I was pregnant with Baby I, both Little E and Little O used to shove their toys up their jumpers and pretend they were having babies. They would then put their babies in their toy pushchairs (they each have one) and pretend to take them to see the health visitor. That was their way of processing what was happening in their lives, acting out new and exciting things, and I loved it. Little O knows men can’t really have babies in their bellies, but I would never tell him not to play at being pregnant.

Likewise with Halloween. I did stumble upon a skeleton costume in Tesco for girls, but whereas the boys’ costume featured all the bones in the body, the girls’ one had just a ribcage and a frilly skirt. Because obviously that’s what female skeletons look like.

And what about cats? You get male cats. Plenty of boys own or love cats. So why do I only ever see cat costumes geared towards little girls, with pink frilly bows and sequins on them? Granted, that’s exactly the costume Little E chose to wear last year, but it was entirely her choice. Her brother went for a gender-neutral pumpkin, and they’ve previously both worn the spider costume we bought a few years back. Baby I is wearing the little pumpkin outfit that Little E herself wore on her first Halloween.

I Tweeted Tesco earlier today, along with the photo you see in this post, asking them “Why can’t girls be a skeleton or Frankenstein? Fancy dress is about imagination not gender.”

They replied about seven hours later to tell me they were aware of the issue and would ensure it didn’t happen again next season. Next season?! That’s not good enough! It should never have happened in the first place.

The Let Toys Be Toys campaign – which is asking the toy and book industry to stop labelling toys and books as specifically being for girls or boys – is never out of the news or off social media. With other big name stores announcing that they will no longer display toys under girl or boy banners, surely someone at Tesco should have realised the same rules apply to fancy dress and that they too should not be labelled gender-specifically?

Tesco told me it was “to late this year”. And yes, they did use to instead of too. Of course it’s not too late! All it needs is someone in each store to mix up the Halloween aisle a little so that the fancy dress costumes are not so clearly divided by gender, and to stick a new label over the old one. They’re always putting reduced price labels on things, so how hard is it to design a sticker that means children feel no pressure about choosing the Halloween costume they like, rather than the one with their gender written on it? In the grand scheme of things, it might only be something little, but as Tesco itself is so fond of telling us, every little helps.

Homepage » Uncategorized » Why can’t girls be a skeleton or boys be a cat, Tesco? Fancy dress is about imagination not gender

10 Comments to Why can’t girls be a skeleton or boys be a cat, Tesco? Fancy dress is about imagination not gender