beyond the kids, mums' night out

It’s 40th birthday season for me. My own isn’t until the summer but the celebrations are now in full swing with friends born earlier in the academic year than me.

This weekend, I headed away for the weekend with my uni girls for the first of two big celebrations we have planned. These are the friends I have known since we met 21 years ago as young freshers at Swansea University where we had the most amazing time. We now live all over the country and as everyone has children we don’t see each other anywhere near as often as we once did. I still class them as some of my bestest friends though – you know the kind of people who just ‘get’ you and when you see them everything is just as it always was? I’m lucky to (still) have these amazing ladies in my life.

Once we’d eventually managed to find the one and only weekend we could all do, there was never any doubt we were going ‘out out’. Phrases like “We’re only 40 once, ladies.” And “We’ve still got it!” were bandied about on our WhatsApp chat group.

It was the best weekend and just what I needed after a crazy few weeks of juggling work and poorly kids and the rest of it.

Here’s a few things that happened. Let me know if you can relate in the comments below, on the Cardiff Mummy Says Facebook page or you can tweet me on @cardiffmummy 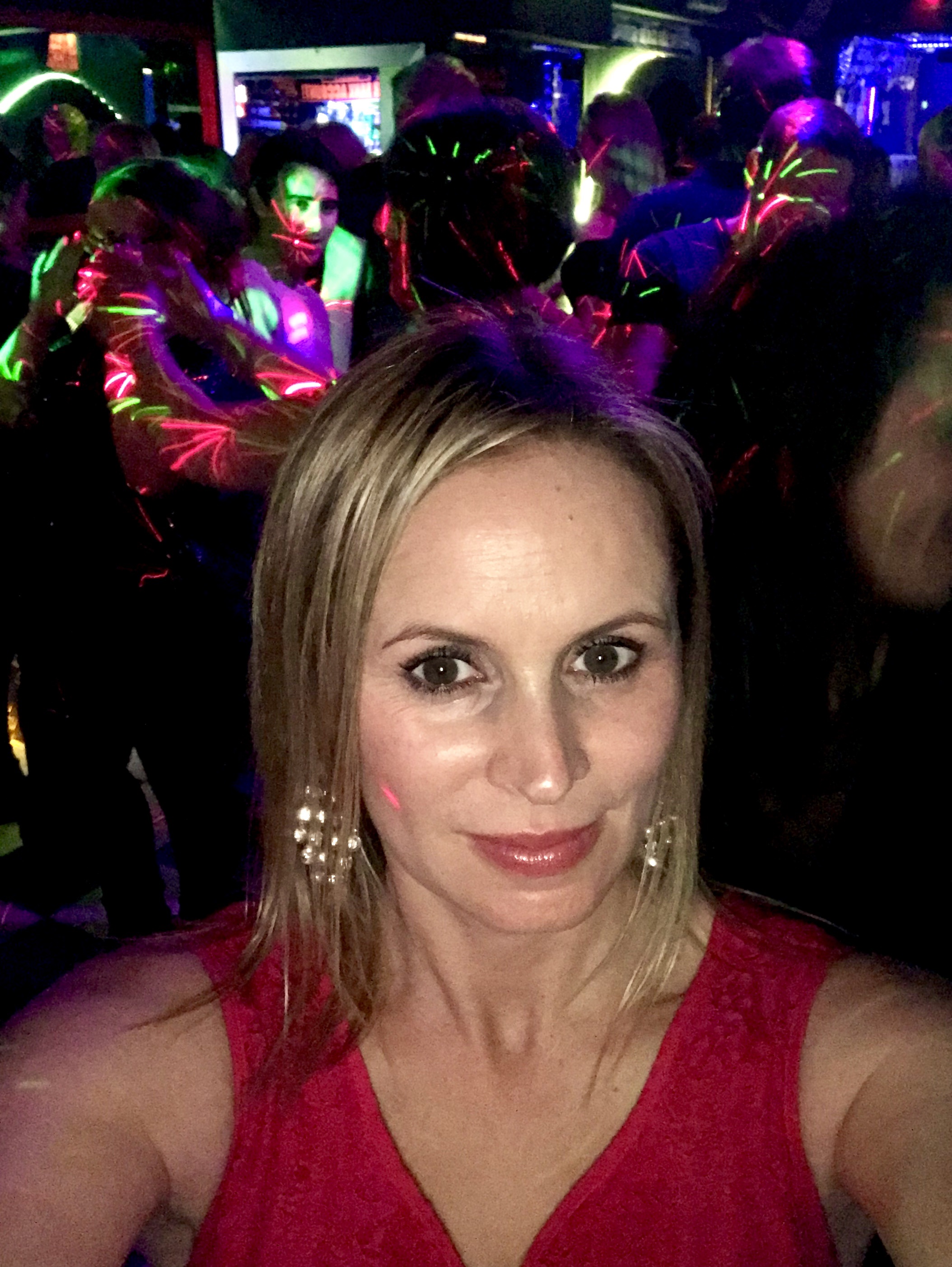 1. The dilemma of what to wear is way worse now than it ever was in our teens and 20s. Am I too old to wear this? Does this make me look like mutton dressed as lamb? Do I look frumpy and mumsy in this? Maybe I should wear my flats if we are going to be dancing all night. Better take a warm coat so we don’t get cold at the end of the night.

2. There was a moment after our sophisticated meal when I could tell that each of us was silently wondering whether we should in fact just go back to the hotel bar for a sedate night cap and a cup of tea. Think of all that uninterrupted sleep!

3. But no! We are going out! And we’ve had a recommendation for a club that isn’t too big, too rough, and plays cheesy music we can have a proper boogie too rather than pretentious cool stuff. And the drinks are cheap too. Bargain!

4. A few songs came on and the youngster erupted into cheers, singing all the words. We all looked at each other cluelessly. “What is this rubbish?!” and “How about some Abba?”

5. The exact opposite happened when Madonna’s Get Into The Groove came on and while we all sang our hearts out word perfectly, the young and trendy people danced but didn’t sing. “Ha! Have that you youngsters!”

6. We felt really old when Let’s Get Ready To Rhumble and 5ive’s Everybody Get Up came on and realised that most of the dance floor were either babies or not even born when they were released (1994 and 1998 respectively). Ditto Oasis, Whitney and Be*witched.

7. Certain songs will always be ‘our’ songs and if I closed my eyes I could almost have been back in our students’ union bar in the late 1990s. Music has an amazing ability to conjure up days gone by.

9. Taylor Swift’s Shake it Off came on and it made me miss my daughter who loves the song so much.

10. And my first thought with Can’t Stop The Feeling was of Trolls, the animated movie, rather than Justin Timberlake.

11. Send drunken photos to the friend who had to pull out last minute due to a sickness bug hitting the family.

12. As the night went on people started snogging on the dance floor. We were horrified. Horrified! Even though 20 years ago that was totally us. Oh, the shame. “Thank goodness we didn’t have all our exploits shared on social media when we were younger,” we all say.

13. We put a photo on Facebook at almost 2am to prove that we had indeed been out clubbing and how cool and down with the kids we were. Or at least we thought we were when we were drunk.

14. One girl confessed she was getting tired and was ready to go home. “Me too,” we all chorused. Nobody needed any persuasion to call it a night.

15. The sheer joy of getting into bed knowing you aren’t going to be woken up by a three year old jumping on your head three hours later is wonderful!

17. But you appreciate a child-free breakfast and a warm cuppa so much more! Reminisce about hangovers watching omnibus Hollyoaks eating salt and vinegar crisps in our pyjamas all day.

18. Finally it’s time to say goodbye. “We will do this again soon,” we all vow knowing full well we will try but it will be a logistical nightmare trying to coordinate us all again.

19. Get home to the most amazing cuddles and smiles from the children and tell them how much you missed them. For about five minutes anyway until they start squabbling and you subtly sneak off for a lie down in bed.

Thanks for an amazing weekend, ladies. Here’s to the next one! x