Beyond the kids Family lifeOctober 2, 2017

I loved having my children so close together. The three of them were born in four and a quarter years. Miss E was 21 months old when Little Man O was born and he was 2½ when Littlest Boy I came along. The year when I was on maternity leave with the three of them was one of my favourite times in my motherhood journey so far. I loved having my little gang with me; taking the three of them to toddler groups and soft plays; meeting with friends and their kids; going to the park; lazy mornings reading books at home; and then dropping Miss E to pre-school every afternoon and hanging out with Little O while Littlest had his nap.

When maternity leave came to an end we soon realised that the cost of childcare for three would eat up most of my potential earnings. Yet we couldn’t afford for me not to work at all. And so I made the slightly bonkers decision to spend my days with my kids and work in the evenings when they were in bed.
I loved it. But it has been full-on! Chasing round after two pre-schoolers while breast-feeding a baby. Sleepless nights. Nappies and toilet training and baby-led weaning and worrying about whether my baby was getting enough sleep as his lunch time nap always coincided with the preschool run. Doing the weekly shop with three kids. Two kids crying at the same time and trying to comfort and help them both. At my desk or teaching yoga most nights. Taking work phone calls in the park or soft play and trying to sound professional.

I was beyond happy with my little family and I always felt so privileged to be able to spend so much time with them. But I was knackered – physically and mentally. There were days when I longed for a moment of silence. There were days when I wanted nothing more than to go to the toilet on my own without little people climbing all over me or trying to flush the loo while I was sat on it. There were days when I would hide behind the kitchen cupboard scoffing my face with chocolate before it was even 9am because they kids were squabbling or because I’d been up late working. 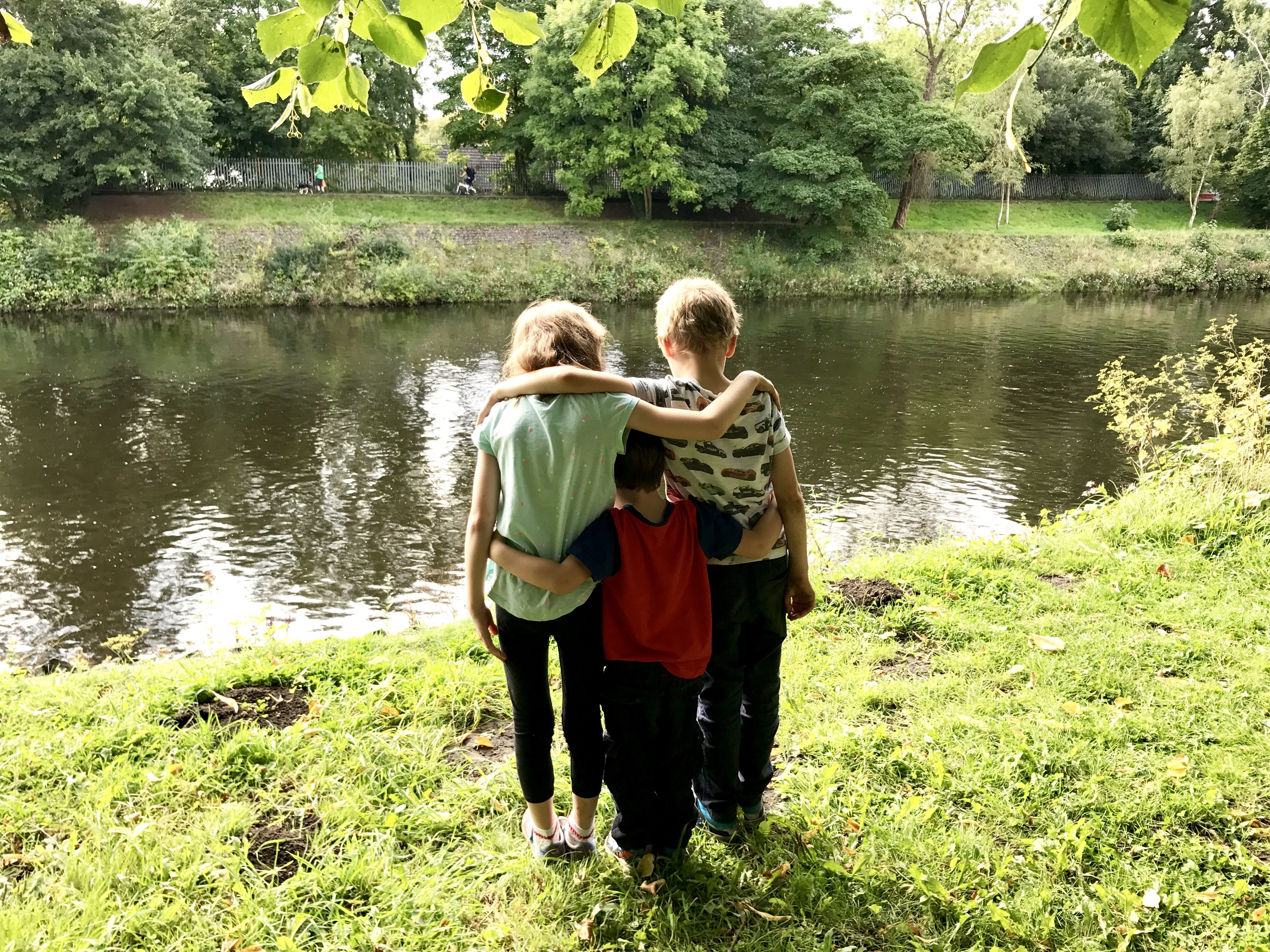 I’m the first to admit I find it hard to be away from my children for long periods of time. And I miss them so much when they are in school. But back then I remember feeling so desperate just to have the odd half an hour in a coffee shop on my own to have my mind to myself for a while. There were evenings when I’d go to the supermarket by myself and it felt akin to a spa day; or the odd weekend afternoon where I’d meet with friends or do some yoga or whatever. But as I’ve written before; the thing with me-time as a stay-at-home-mum is that to feel the full benefits it needs to come when you would otherwise be with the kids. It’s like annual leave from work. Not being in the office when you usually would be is proper time off. The weekends and evenings don’t count.

Now that my youngest has started pre-school nursery every afternoon I am suddenly in the position of having two child-free hours three days a week during term-time. (The other two days are my official work-at-home-during-school-hours-and-trying-to-cram-in-as-much-as-is-humanely-possible-while-simultaneously doing-all-the-housework-and-family-admin-days when he starts the day at cylch meithrin/Welsh playgroup and they take him straight to school nursery.)

This time will predominately be devoted to work so that I can finally free up more of my evenings.

But I’ve also realised that I need to give myself the me-time I have barely had the last 7¾ years.

A few days into the start of term was Little Man O’s 6th birthday. I always find it strange sending my children off to school on their birthdays. When they were pre-schoolers we’d go for a fun day out somewhere on their birthdays and not having them around just feels odd. Having another child other than the birthday child feels even stranger.

After the school run I took Littlest to gymnastics and to the park as if it was any other day. I dropped him off to pre-school and it dawned on me that this was the exact time my middle child was born. After a slow-going labour which involved 65 hours of contractions at five-minutes apart from the get-go he made his entrance into the world at just after 1pm. I’d been planning to go home and crack on with the cleaning and some work emails. And then it suddenly hit me. All those days when all I wanted was half hour to myself to sit in a coffee shop lost in my own thoughts. I can actually do that now.

And so I went for lunch.

In a trendy bar.

And it was wonderful. 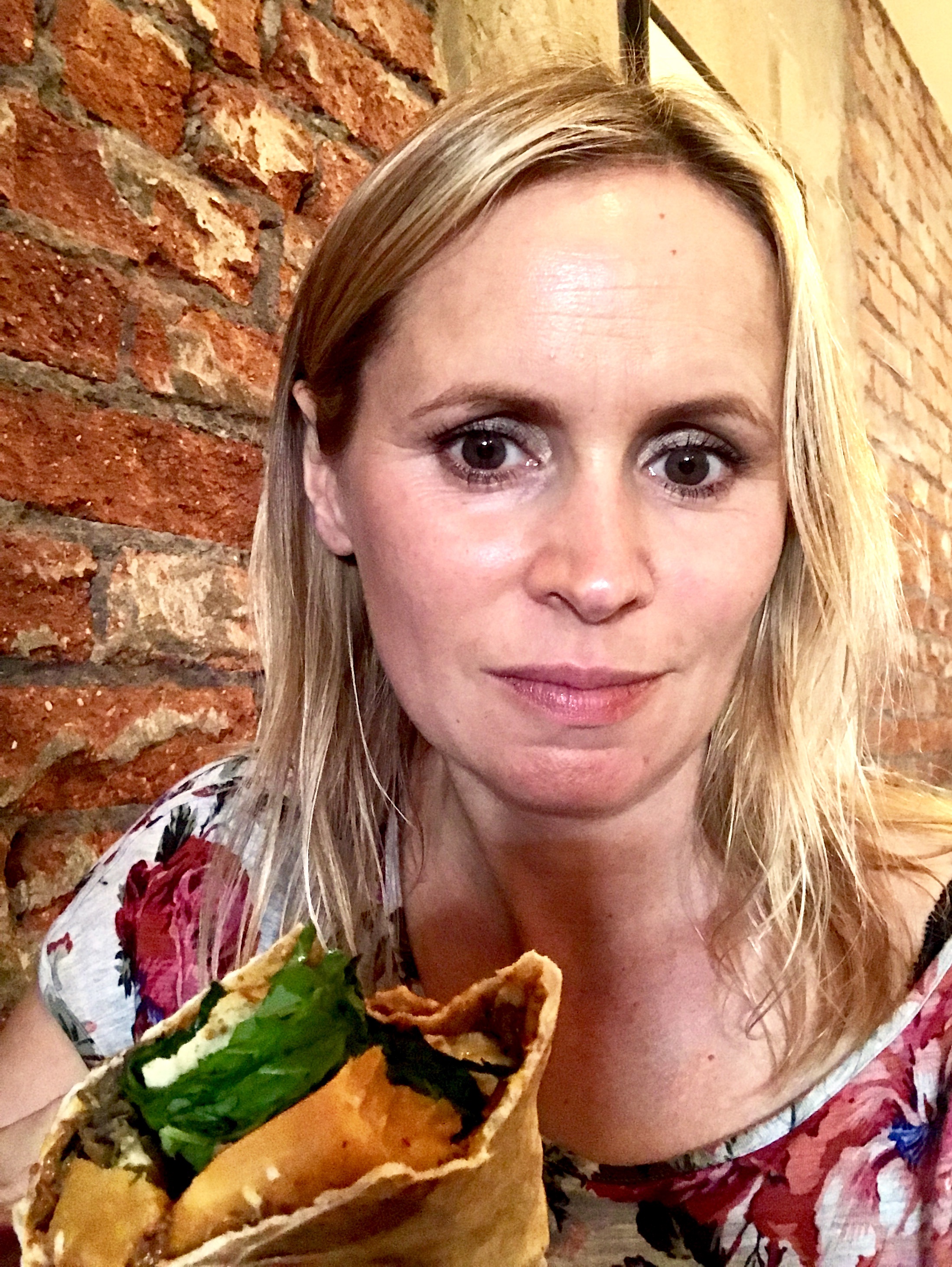 I know for some people the idea of going for a solo lunch fills them with dread. But I’ve never been bothered by that. It just felt like such a decadent thing to do in the middle of the day and something I’d not been able to do for years. I’m not sure what the bar staff made of me in my school run attire turning up and asking for a table for one and sitting with her back away from the rest of the tables.

To be honest I don’t really care.

Dear me with all the babies. You did it mumma. You gave everything you could to those babies to make those pre-school years so wonderful. You sacrificed work opportunities and the money that went with it. You sacrificed your evenings. You and your family made huge financial sacrifices. You sacrificed new clothes and fancy holidays and trips away and nights out. Your house is still in the same desperate state of needing to be renovated as it was when you moved in six and a half years ago. At times you sacrificed your sanity. At times you wondered whether you were doing the right thing. Whether a ‘proper’ job would be a better option.

I took that lunch for you.

I owed it to you.

And I promise I’ll do it again soon.