We celebrated the start of the Chinese New Year today at The Red Dragon Centre, as part of our role as blogger ambassadors for the Cardiff Bay entertainment complex.

2017 is the year of the rooster, the 10th animal in the cycle of 12. People born in the year of the rooster are considered hardworking, resourceful, confident and talented. They thrive when they are in company and enjoy the spotlight. However, they can typically also be a little vain and arrogant, boasting about their achievements. 2017, 2005, 1993, 1981, 1969 are all rooster years (although the new year dates vary across late January and February, so it depends when exactly you were born) and famous roosters include Rudyard Kipling, Benjamin Franklin, Prince Philip, Joan Collins, Dolly Parton, Michelle Pfeiffer, Beyonce and Yoko Ono.

We started off our afternoon with some of the free arts and crafts taking place in the centre foyer. Members of Cardiff Confucius Society were on hand with Chinese lantern making and calligraphy, as well as colouring-in sheets detailing more about the year you were born in. 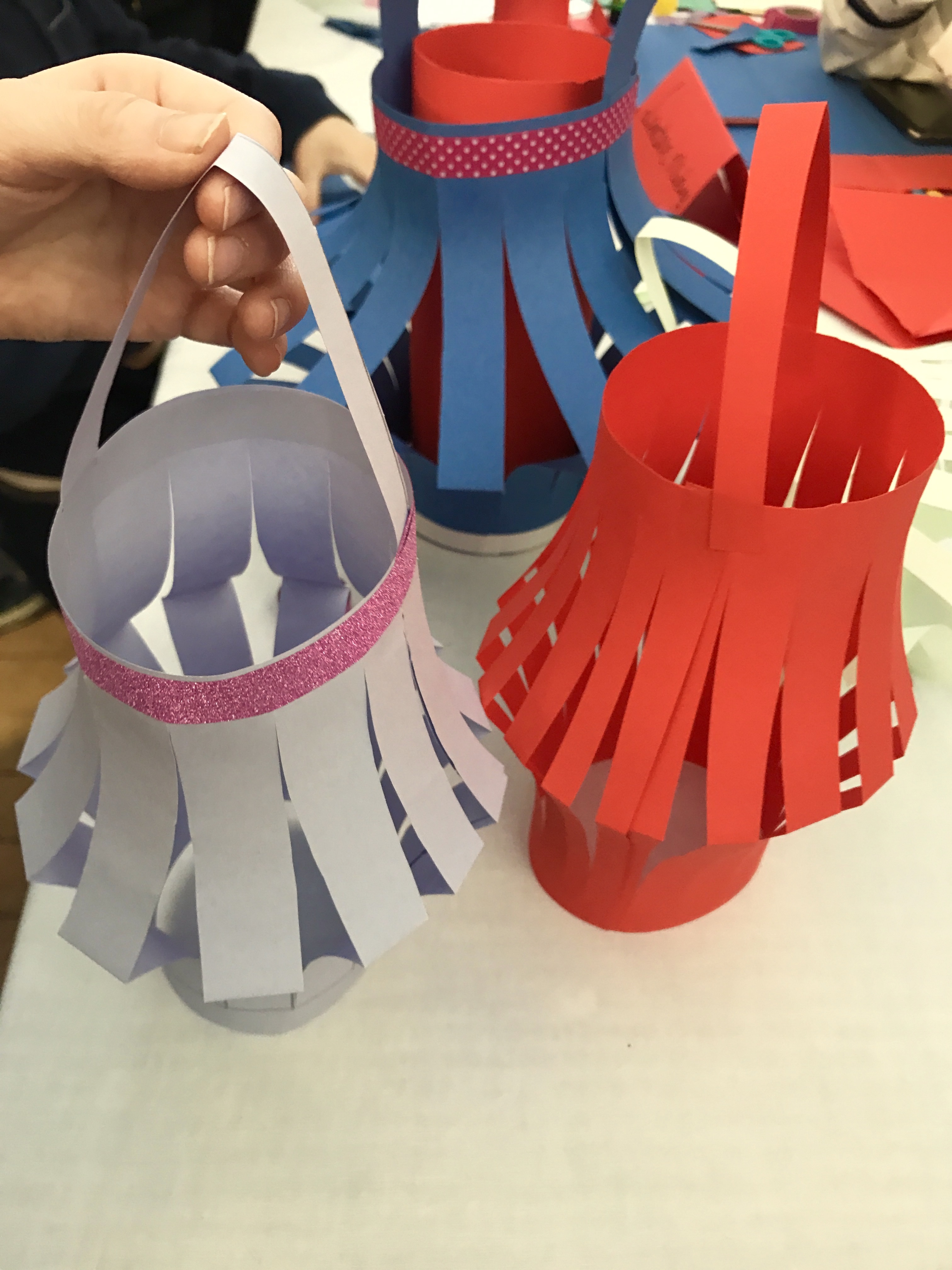 Little Man O, my five year old middle child, was particularly fascinated with all of this, as he’d been learning all about Chinese New Year in school this week. He and his big sister, Little Miss E, learned to write their names and the numbers 1 to 5 in Chinese script, as well as the symbols for earth, moon, fire and wind, with traditional brush strokes. The two of them and Toddler Boy I, nearly three, also enjoyed making paper Chinese lanterns. 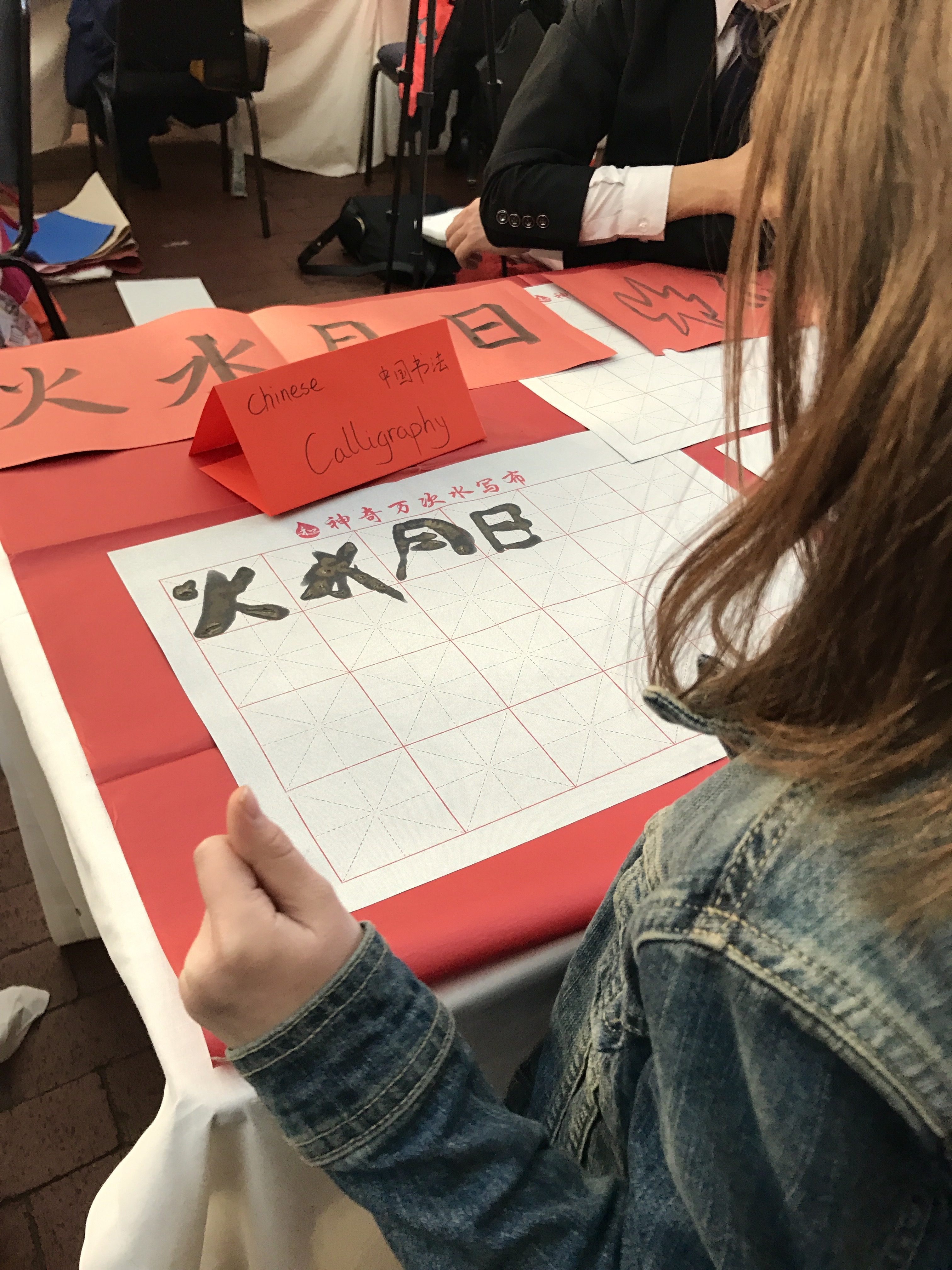 From there we headed to Oriental Garden for their all-you-can-eat lunch time buffet, which is great value at £7.95 for adults and £4.95 for children (applicable to children under 140cm). As you would expect on Chinese New Year, the restaurant was jam packed, both with Chinese and non-Chinese families, couples and other groups. However, the staff were really attentive and did a great job at keeping on top of replenishing the food on the self-service buffet. 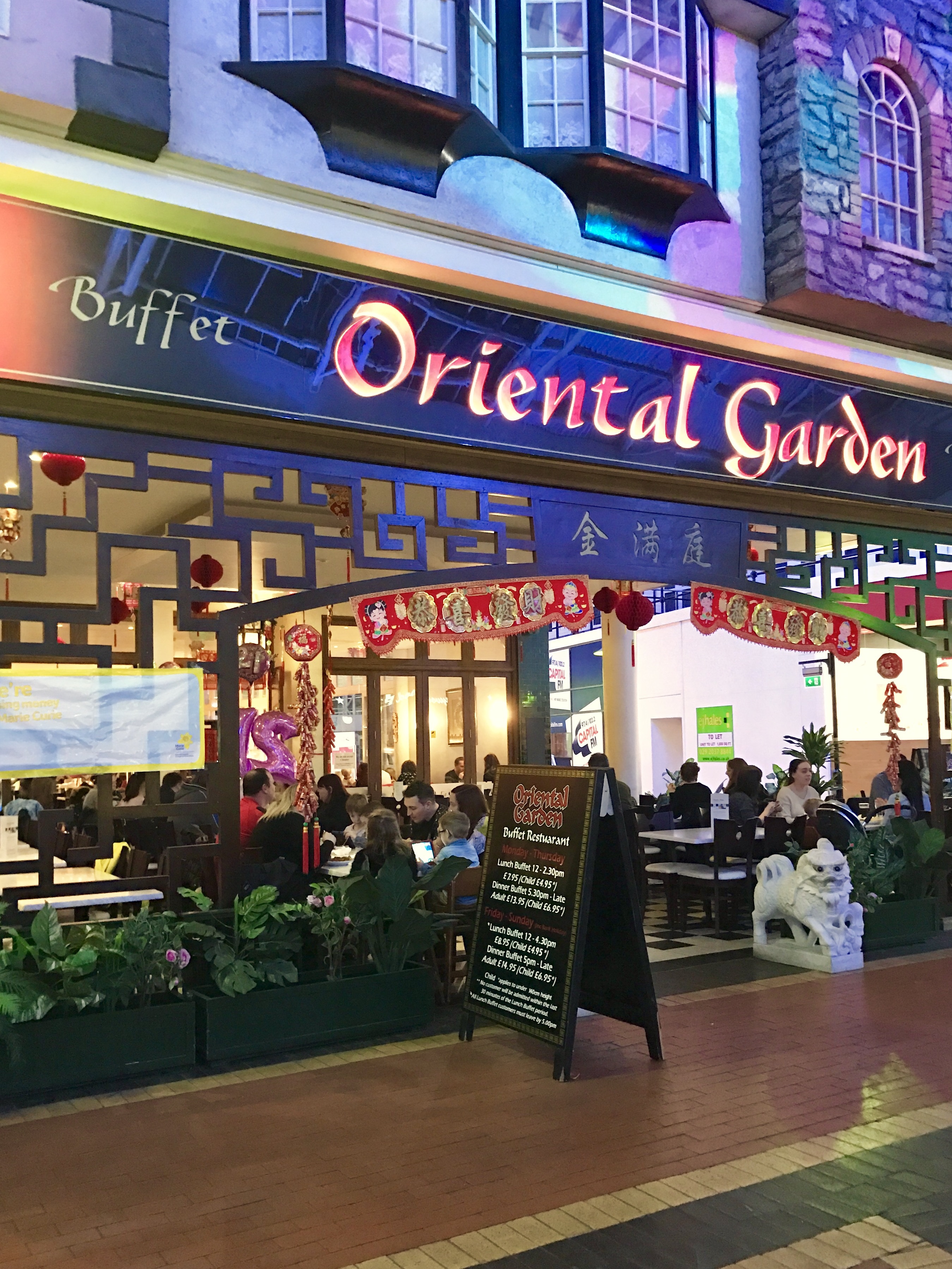 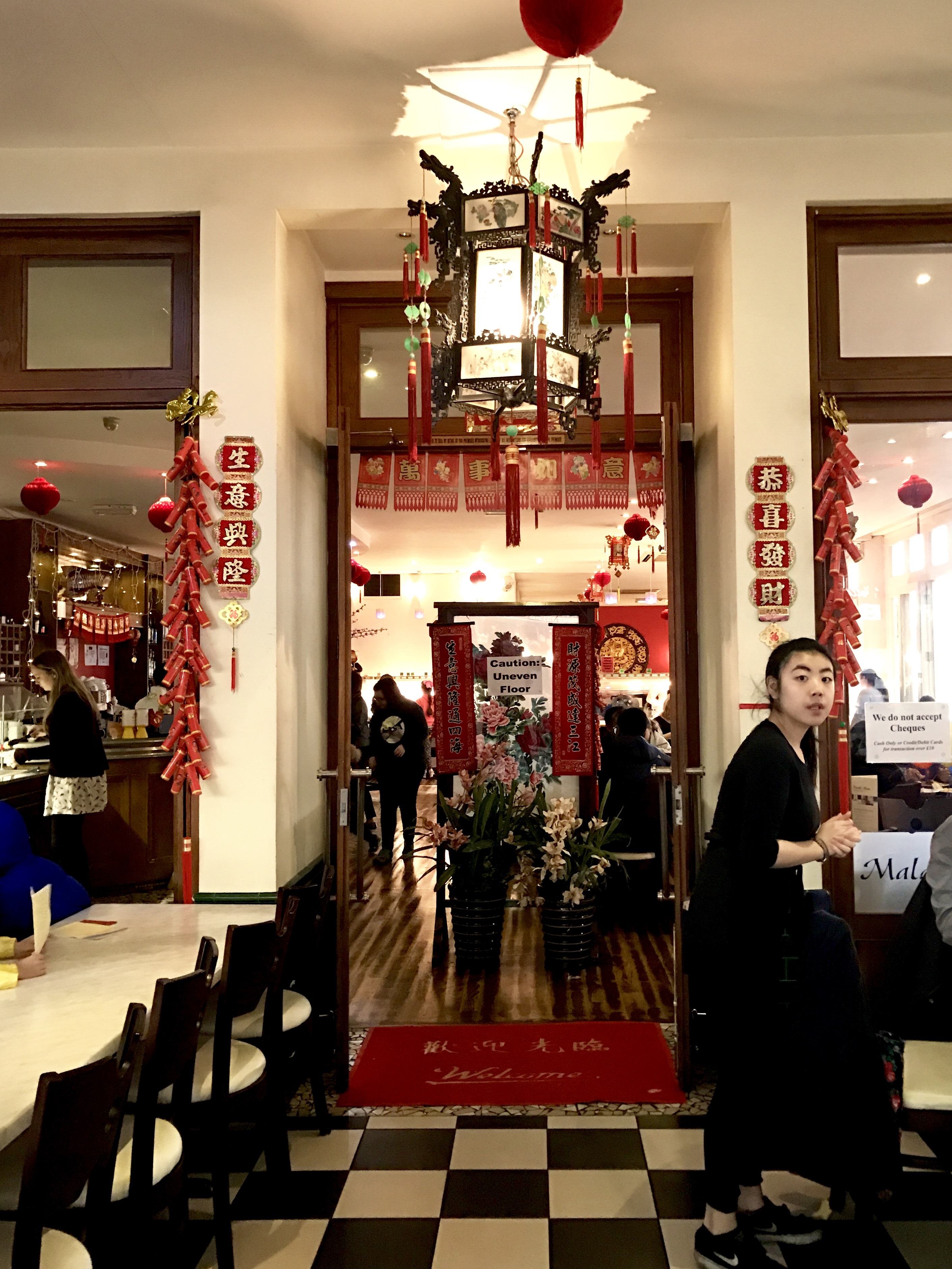 All-you-can-eat buffets are a great option when you have young children as the food is ready immediately, so there’s no waiting around for your meal to be cooked. I also think it encourages children to try new things, because serving themselves is great fun and they know they can try a little bit, rather than having to have a whole plate. If they don’t like it, it’s not the end of the world, because they can always return to the buffet and try something else instead.

My children absolutely love noodles, so that was the first thing they piled on their plates, closely followed by prawn crackers and rice. They loved the little chicken balls, and mini sausages. I had to persuade them they needed some greens on their plates, but they really enjoyed the vegetable dishes they tried. 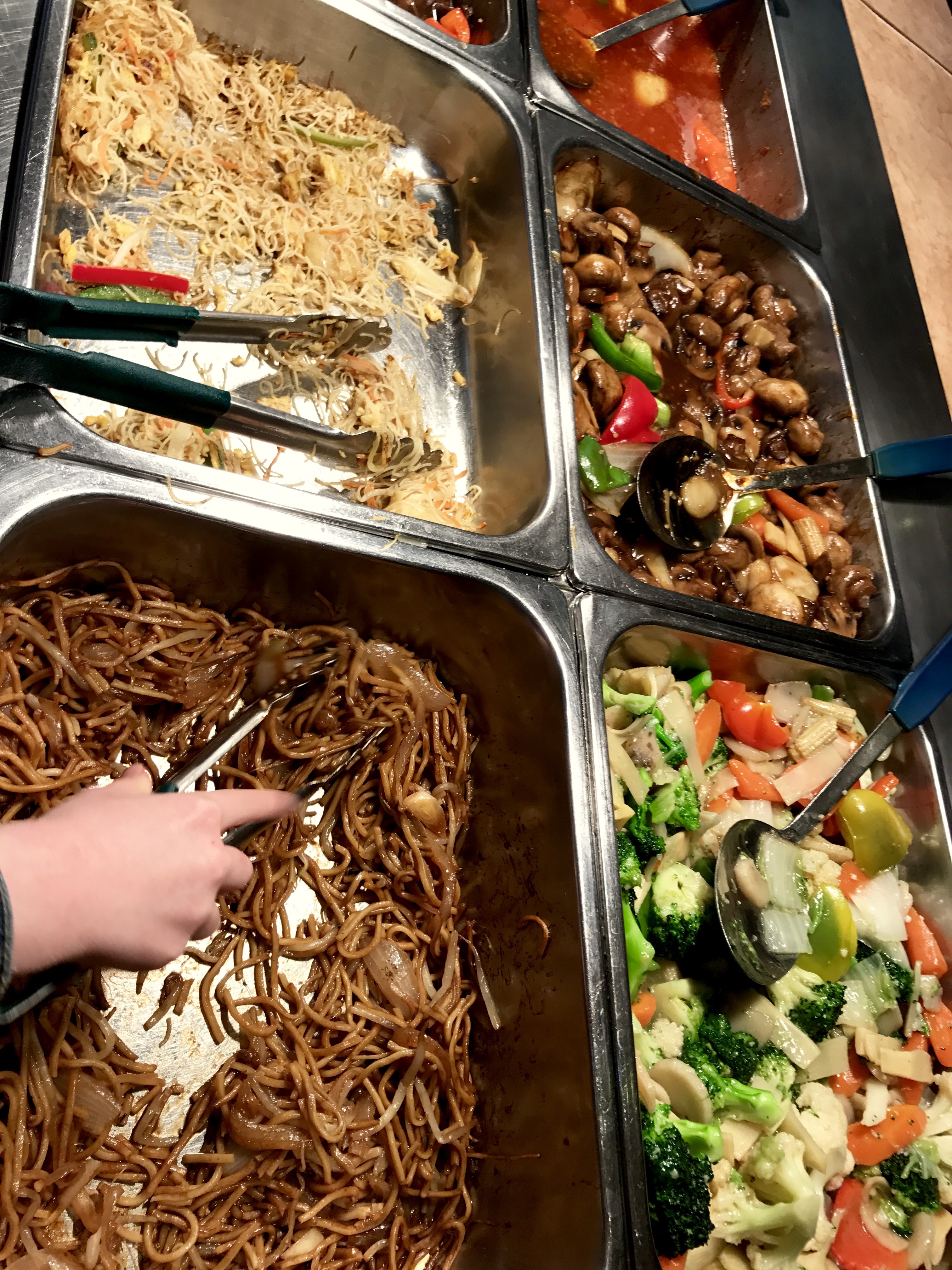 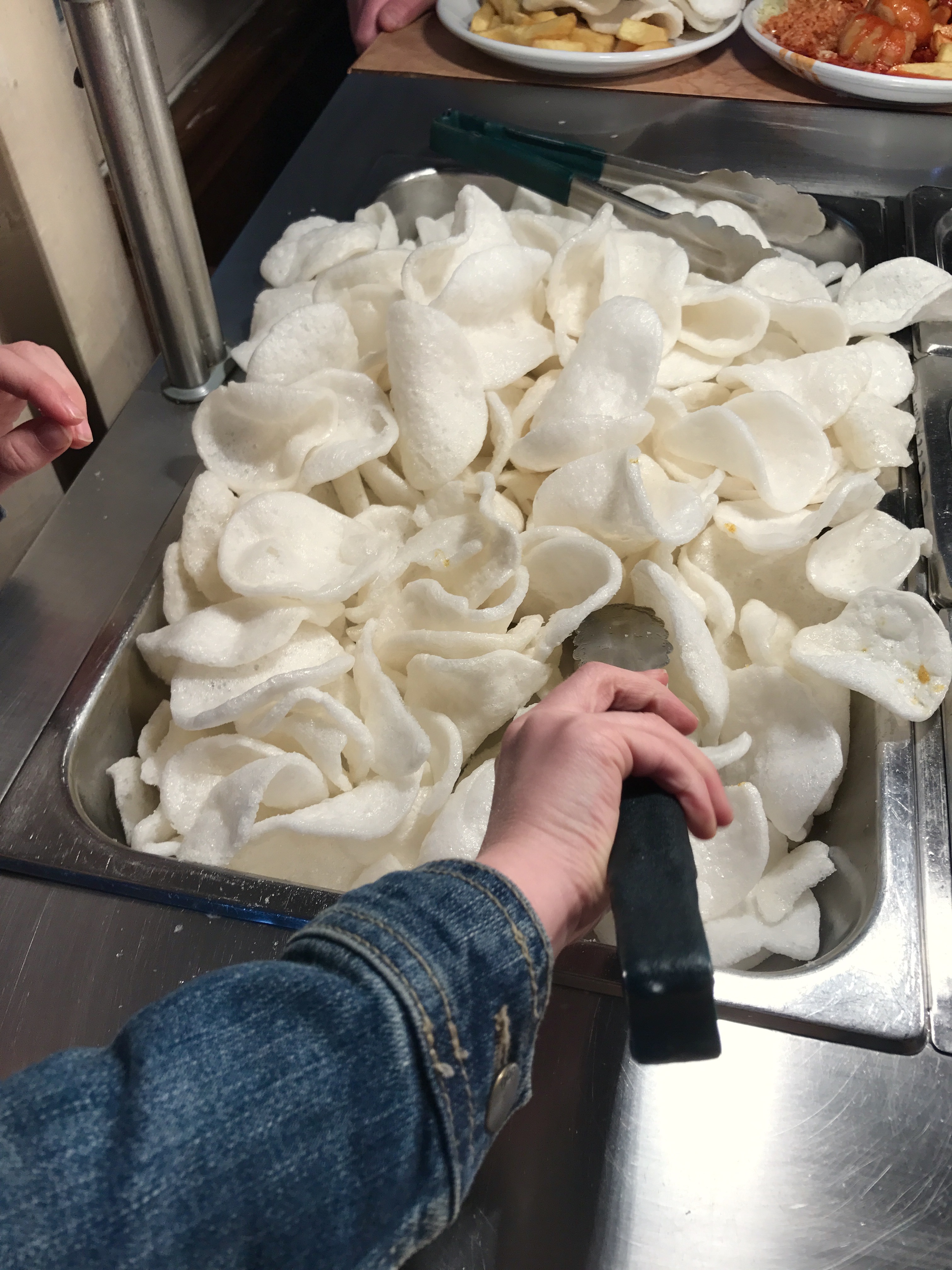 I’m vegetarian and there was plenty to keep me going, including a lovely dish with broccoli and peppers in, where I was pleased to see the veg was just the right type of crunchy. Cardiff Daddy particularly liked the beef in black bean sauce and the Szechuan pork.

I was impressed by how much my children ate, Toddler especially, and all three of them tried new foods. We make our own stir fries at home, but they’ve never been to a Chinese restaurant before as a family, and they surprised me by being keen to try different things. 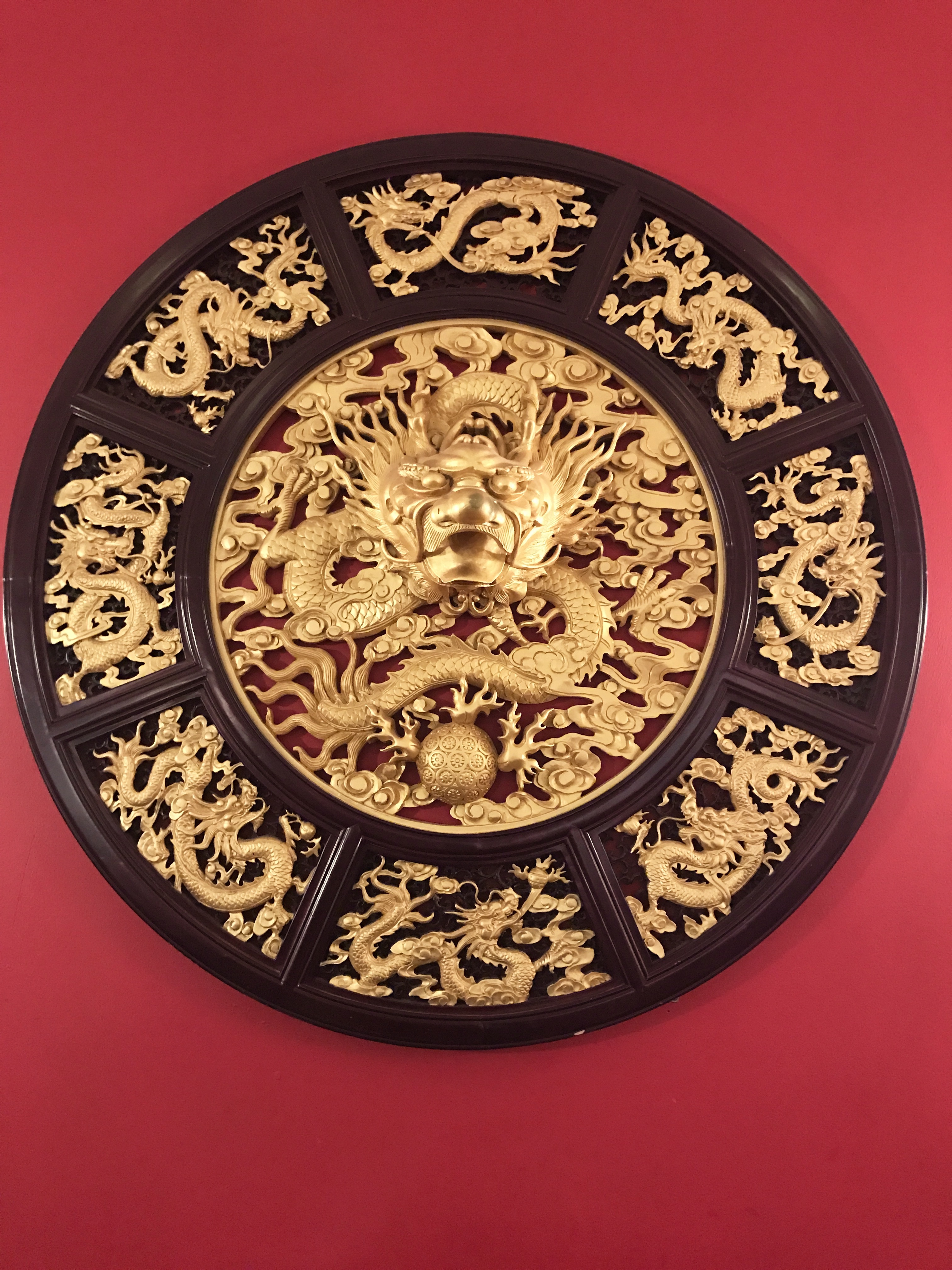 Naturally, my children needed no persuasion to hit the dessert buffet and were thrilled to see an ice cream machine, which they accompanied with jelly. It was great to see loads of fresh fruit, including pineapple, sliced peaches, melon and orange slices. I filled a plate for myself – but my children demolished it within seconds! Other choices included cheesecakes, doughnuts and toffee-coated pineapple, which were sticky, warm and strangely refreshing. 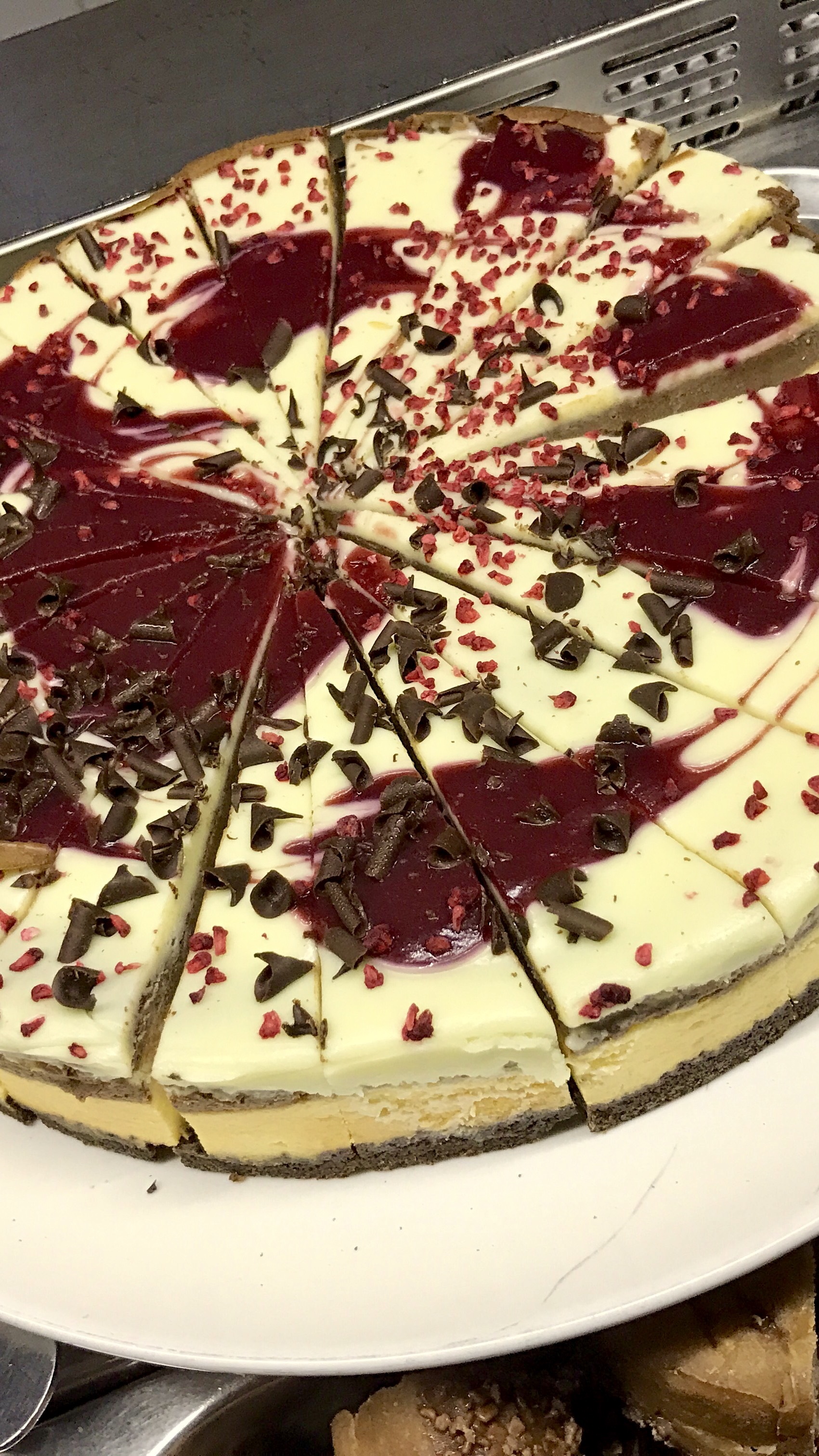 The real highlight though was the Chinese lion parade, mid-way through our meal. (In case you are wondering, the difference between a lion and dragon parade is that the dragons are much longer and operated by 20-30 people, whereas the lion traditionally has just two. With a lion, the dancers are inside whereas with a dragon, it is held on sticks, so you can see the performers.) 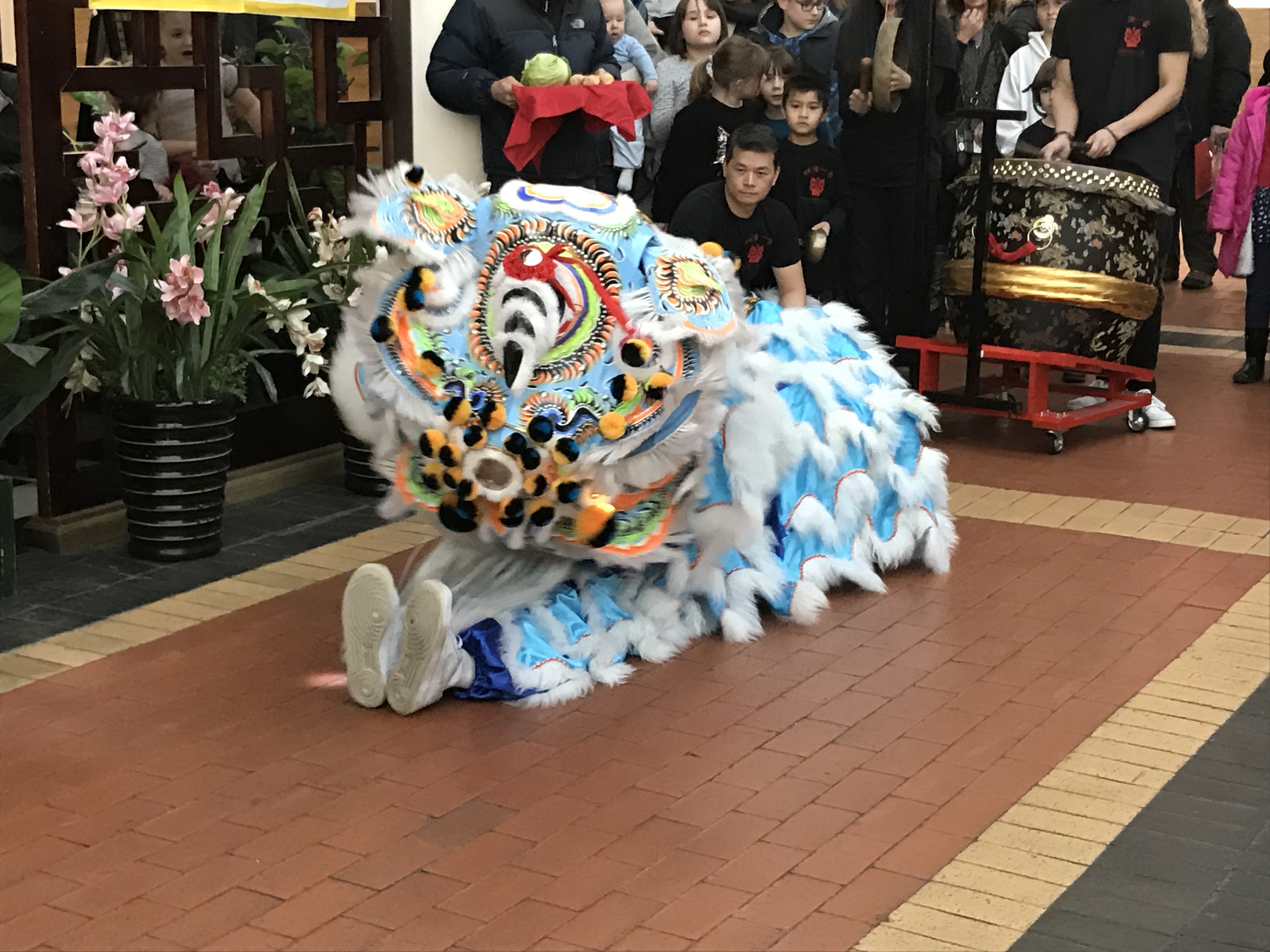 To a fanfare of cymbals, drums and gongs, the lion spent around 10 minutes dancing both outside and inside the restaurant to a huge crowd. Little Man was especially excited about this, as he’d been watching videos in school of Chinese lion and dragon dances, so to see it for himself was a real experience. They were really excited, although perhaps a little overwhelmed too, when the lion rose up right into their faces. It really was a wonderful spectacle to see. 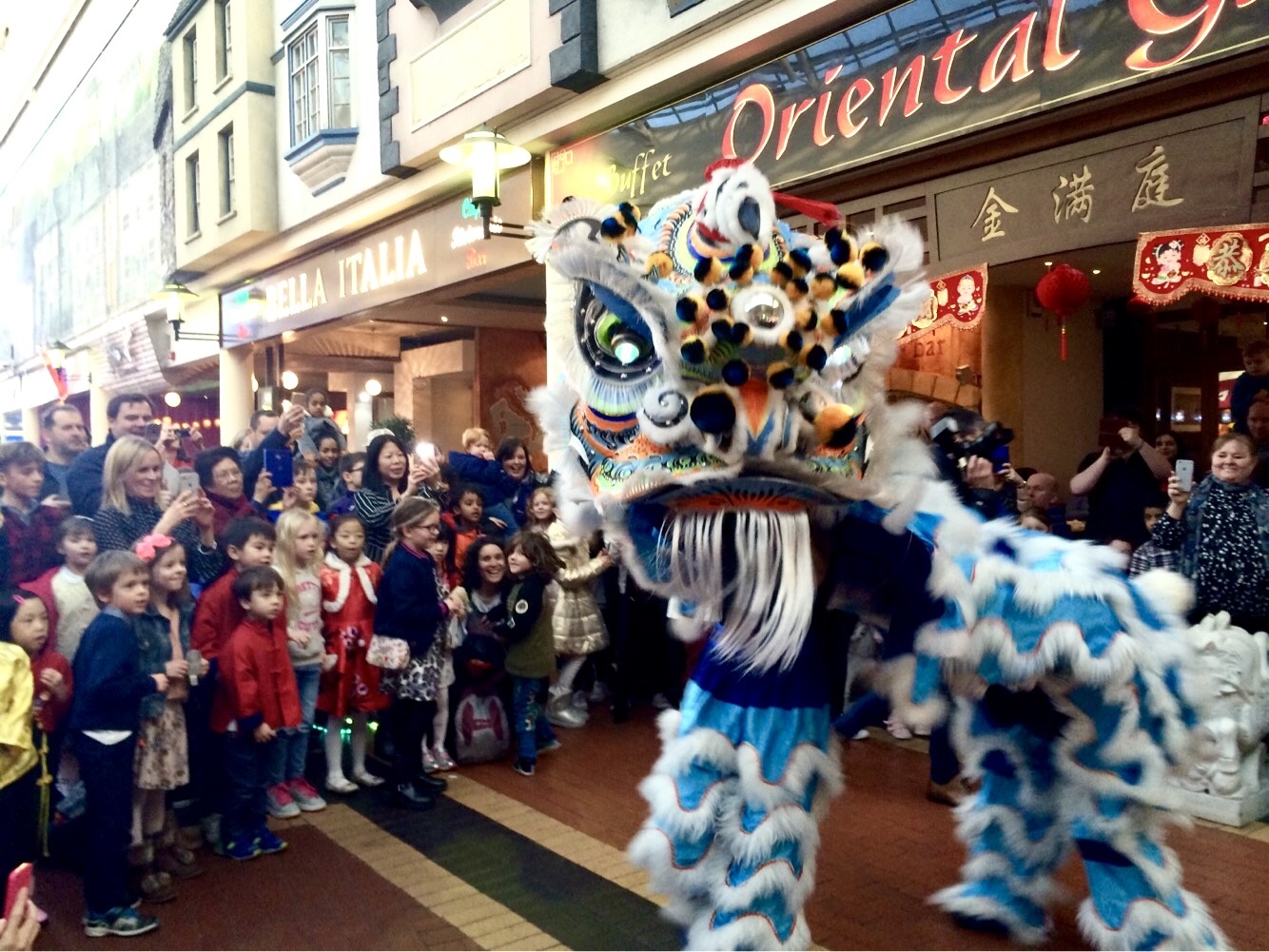 After the parade, Kitling Chan, the owner of the restaurant, made a presentation of £2,888 to Marie Curie, which provides expert care and support to those living with terminal illness and their families at their Penarth hospice in Penarth.

The hospice supported Kitling’s husband Koon Far Jim, who died from a rare form of skin stomach cancer 20 years ago. The Cardiff mother-of-three has since raised around £15,000 for the charity. The unusual sum is deliberate, because in Chinese culture the number eight means ‘wealth and prosperity’ and the number two means ‘easy’. The numbers combined symbolise a path to wealth and prosperity without any obstructions – and to present the cheque to the charity on the 28th of the month, is deemed even luckier.

As we got ready to leave, Kitling gave us all fortune cookies. My children had never had these before and were quite intrigued by the concept. I think they were expecting jokes inside, like Christmas crackers, and perhaps they were a little too young for the words of wisdom on the little slips of paper inside, but I appreciated mine.

“Keep the mind quiet and peaceful by keeping it open.”

Thanks to the Oriental Garden and Red Dragon Centre Cardiff Bay for inviting us to join in the Chinese New Year celebrations today.