Thanks to Jurassic Kingdom for inviting us along to review

Jurassic Kingdom Cardiff officially opens tomorrow – and there’s certainly been a lot of controversy surrounding the Bute Park dinosaurs. The prehistoric creatures started appearing in the city centre park last weekend, with photos of kids and dinosaurs all over social media. Parents who had already pre-bought (rather expensive) tickets were naturally upset that others were having the experience for free. There were comments on social media that some of the dinosaurs had been broken and parents were condemned for allowing children to climb and swing on them. 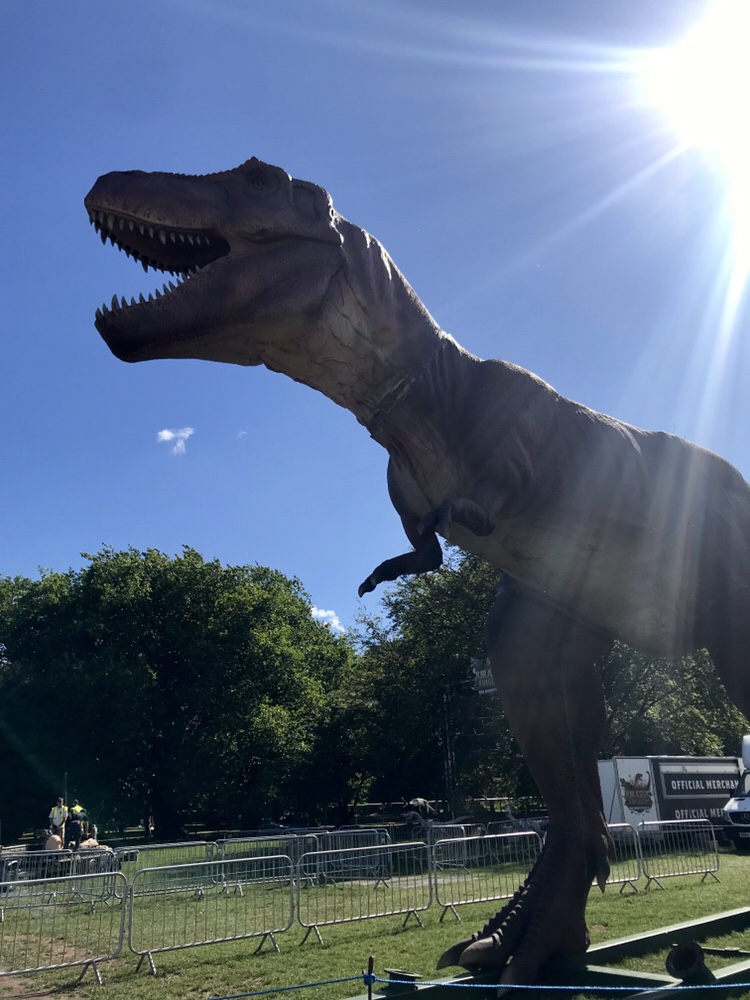 But what’s the experience really like? Today was the official press launch where journalists and bloggers were invited along to preview Jurassic Kingdom Cardiff. It wasn’t quite finished when we visited, with a team of staff putting the final dinosaurs into place while we were there. Not all of them who should have roared and moved were fully operational and some of the information labels were missing. The food stalls and extra rides also weren’t open. But the team looked to be working flat out and we got a good sense of what visitors can expect.

It wasn’t perfect but my children absolutely loved it.

Roam among the dinosaurs at Jurassic Kingdom, Bute Park Cardiff

The 30 dinosaurs are based in a fenced off area in the centre of Bute Park behind the castle. Naturally they were getting a lot of attention and while we were there panels were being put in place to stop people seeing through… although you can still see some of them through the fences, which is obviously frustrating to those who have paid.

With dinosaurs hidden among the trees and spaced out there’s a really ‘wild’ feel about it. Some of them are huge – the Apatosaurus and tyrannosaurs rex for example – and you see their feet peering out from beneath the trees before you see them. Their roaring and moving gives a real sense of just how enormous the creatures were. The information boards were really useful in telling us where the dinosaurs originate from, when they lived, how big they were and what they ate. Sadly though only the bigger dinosaurs have them, which is a massive oversight if you ask me.

Some of the younger children there today found it a little bit scary. The dinosaurs are so large and lifelike. My children, age eight, six and four, had no qualms however and were in real awe of some of the models.

Particular favourites were the velociraptors attacking the Apatosaurus and the raptors trying to fight their way out of their cages. They also loved the dinosaur babies bursting out of their eggs and the cracked egg they could sit inside.

The excavation area where children can pretend to be palaeontologists digging the sand for dinosaur bones was also popular with the children visiting today.

It’s not a cheap experience. For a family of four it costs £44 on the door or £38 if you advance book online, with 20% off if you use the EARLYBIRD discount code that’s been publicised on social media. There are a few little dino rides inside for an additional cost. This is one of my personal bug-bears; when you’ve paid £40 for an experience, you shouldn’t have to fork out more.

You will need to pick a timed slot to arrive but once inside you can stay as long as you like (until closing time at 6pm) . We took our time and were in there for around two hours. 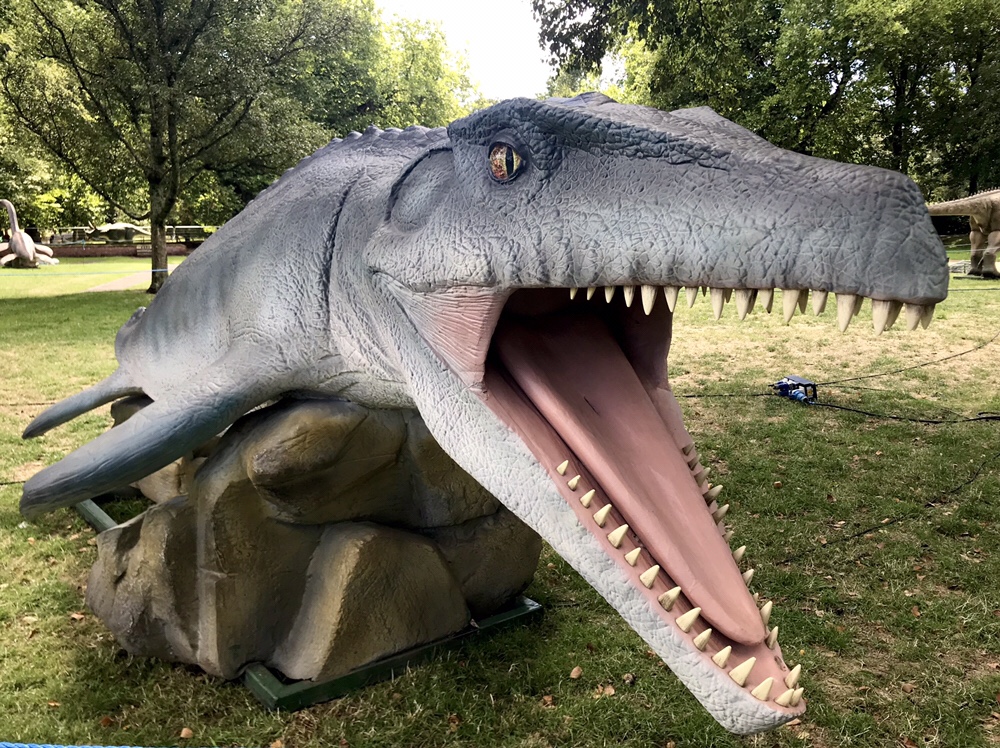 We’re in a lucky position to be invited along for the purpose of review. But if we hadn’t, I definitely would have bought tickets. My youngest in particular was in his element. I honestly thought he was going to burst when he saw the huge T-rex. For me, even though it wasn’t perfect, and it’s expensive, and some of the dinosaurs are showing wear after their world tour, with a couple missing teeth and one with a broken tongue, it’s not something I would have wanted my dino-loving kids to miss. Because how often does one of your favourite parks get overtaken by life-size moving and roaring dinosaurs?