What a wonderfully magical evening we had at Cardiff’s Motorpoint Arena last night as Disney on Ice Worlds of Enchantment opened for the first of 10 performances over five days in the city. It’s a lavish and unforgettable show that captures all the excitement of Disney in a fast-paced two hour performance. Seeing my children’s faces light up with pure wide-eyed excitement as favourite characters from Toy Story, The Little Mermaid, Cars and Frozen took to the ice is something I will never forget. This is our fourth year of reviewing Disney on Ice and the magic shows no signs of fading yet.

With incredible costumes exactly like those in the animated films, impressive special effects that see performers flying across the ice arena, awe-inspiring twists turns and jumps from the skaters, and big dance numbers that fill the stage with colour and movement, this is spectacular and impressive family entertainment.

You can see for yourself in this little video I made which condenses two hours of Disney into a five minute snapshot.

We were lucky to be invited to last night’s press and VIP night where Mickey Mouse, clad in Cars-style racing car driver gear, posed for photos with guests. 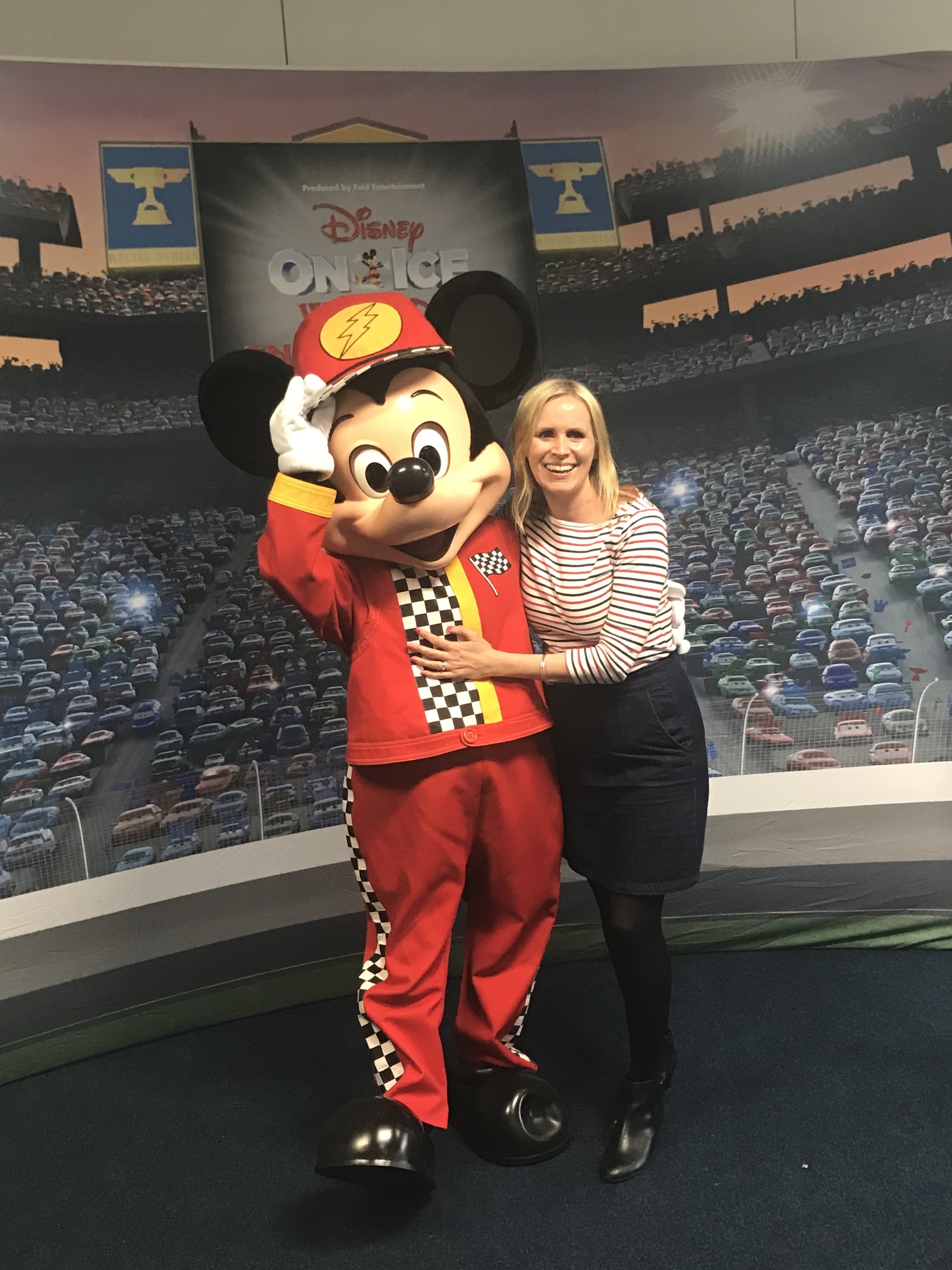 Never mind the kids – this mumma was super excited to meet the world’s most famous mouse before he took to the stage to open the show along with Minnie Mouse, Donald Duck and Goofy who act as narrators introducing the different segments – condensed versions of four favourite Disney animated films. 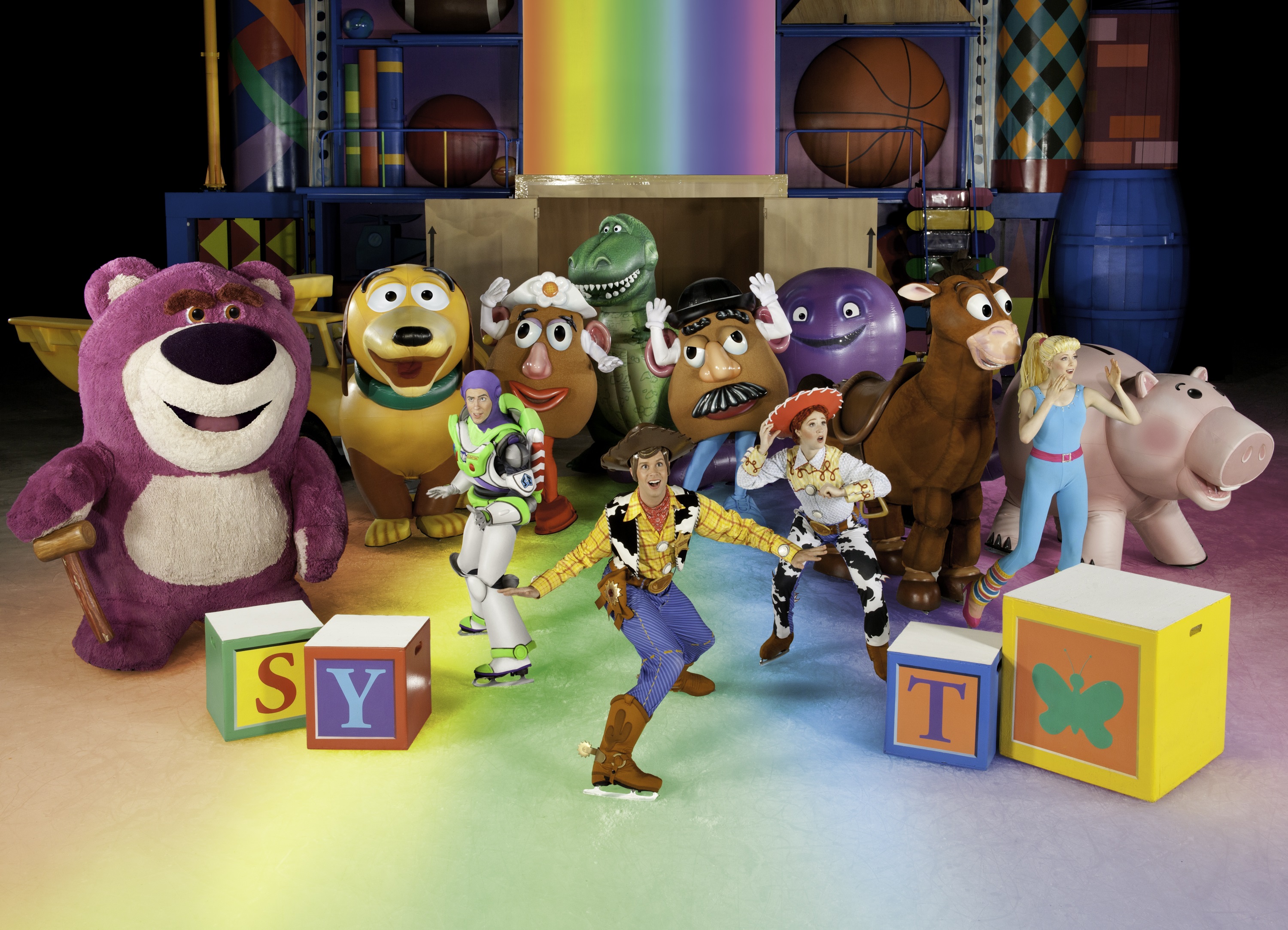 First up was Toy Story 3 which is my favourite of the trilogy. It follows the fate of Woody, Jessie, Buzz Lightyear and the rest of the toys as their owner Andy heads off to college and they find themselves in a day care centre at the mercy of unruly children and a power crazy bully Lots-O-Huggin’ Bear. 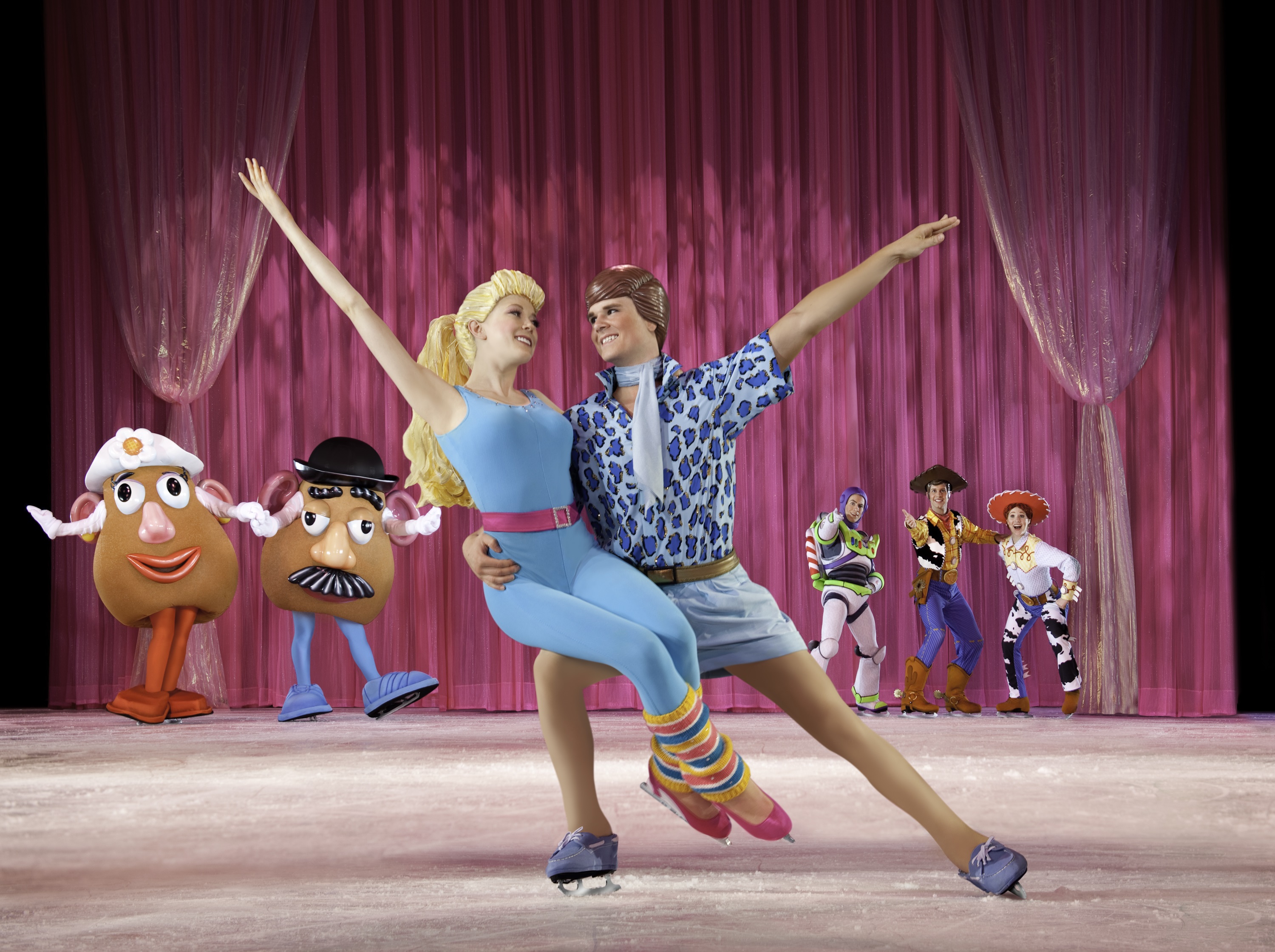 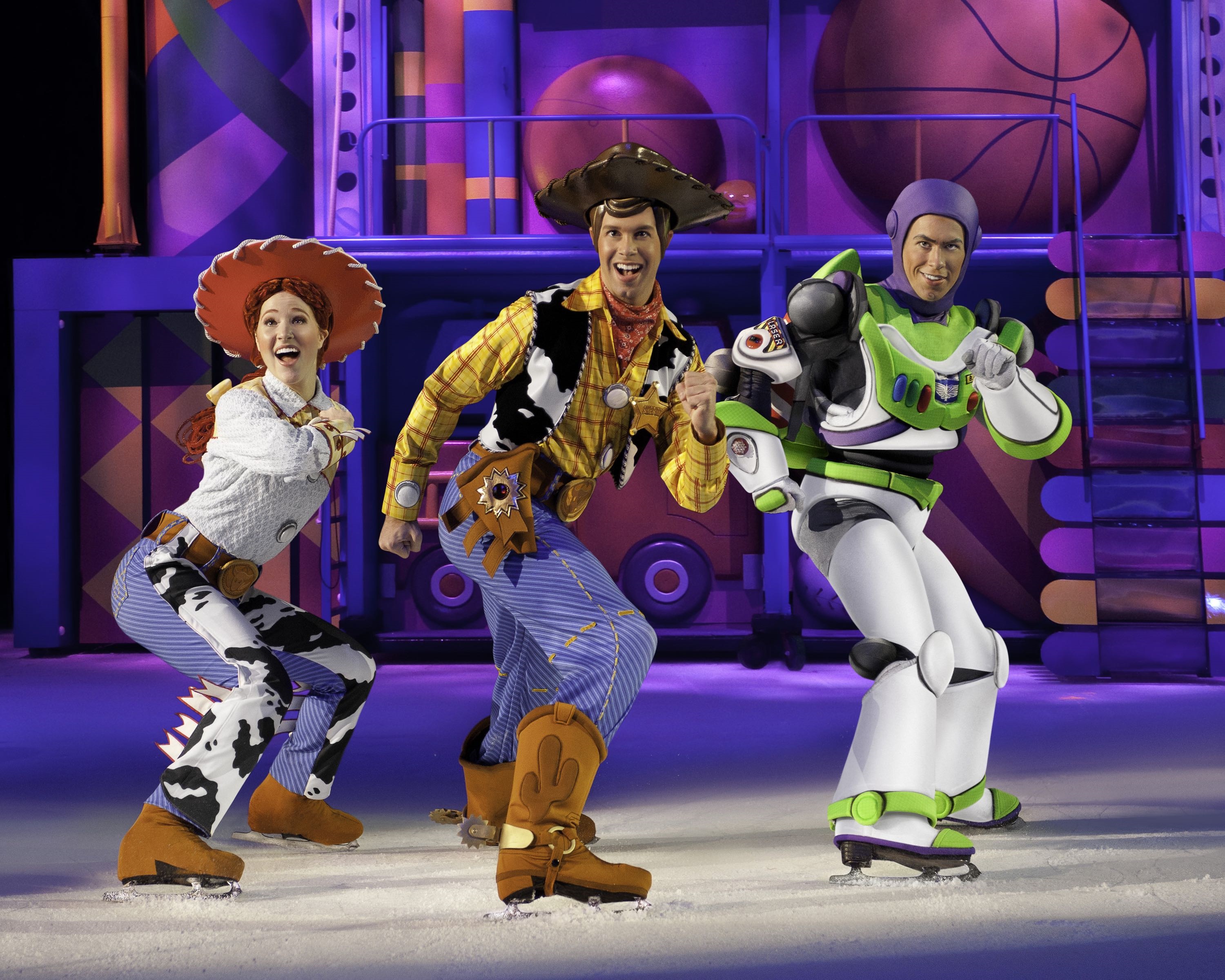 This was the longest of the four performances at over half an hour and included some wonderful dancing between Barbie (who eventually helps save the toys) and Ken as well as some fantastically choreographed ensemble dances lead by the green toy army men and incredible kite flying from cowboy Woody. The costumes for Mr and Mrs Potato Head, Slinky Dog, Hamm the piggy bank and Bullseye brought gasps to the audience because they were so faithful to the film. And just as with the film, the ending brought a tear to my eye as the toys are sent on to the next chapter of their life with a new owner. 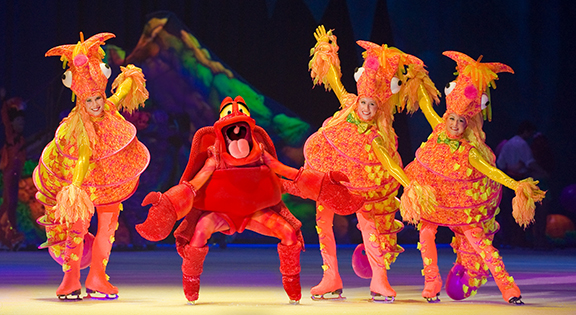 In The Little Mermaid, Ariel gives her voice to sea witch Ursula in exchange for a pair of legs so that she can meet handsome human Prince Eric – and win back her voice if he kisses her. Sebastian the crab’s rendition of Under the Sea was a real highlight for me in this section with the stage filled with colourfully-costumed dancers while the dancing between Eric and Ariel included some impressive lifts and spins which they made look so effortless. 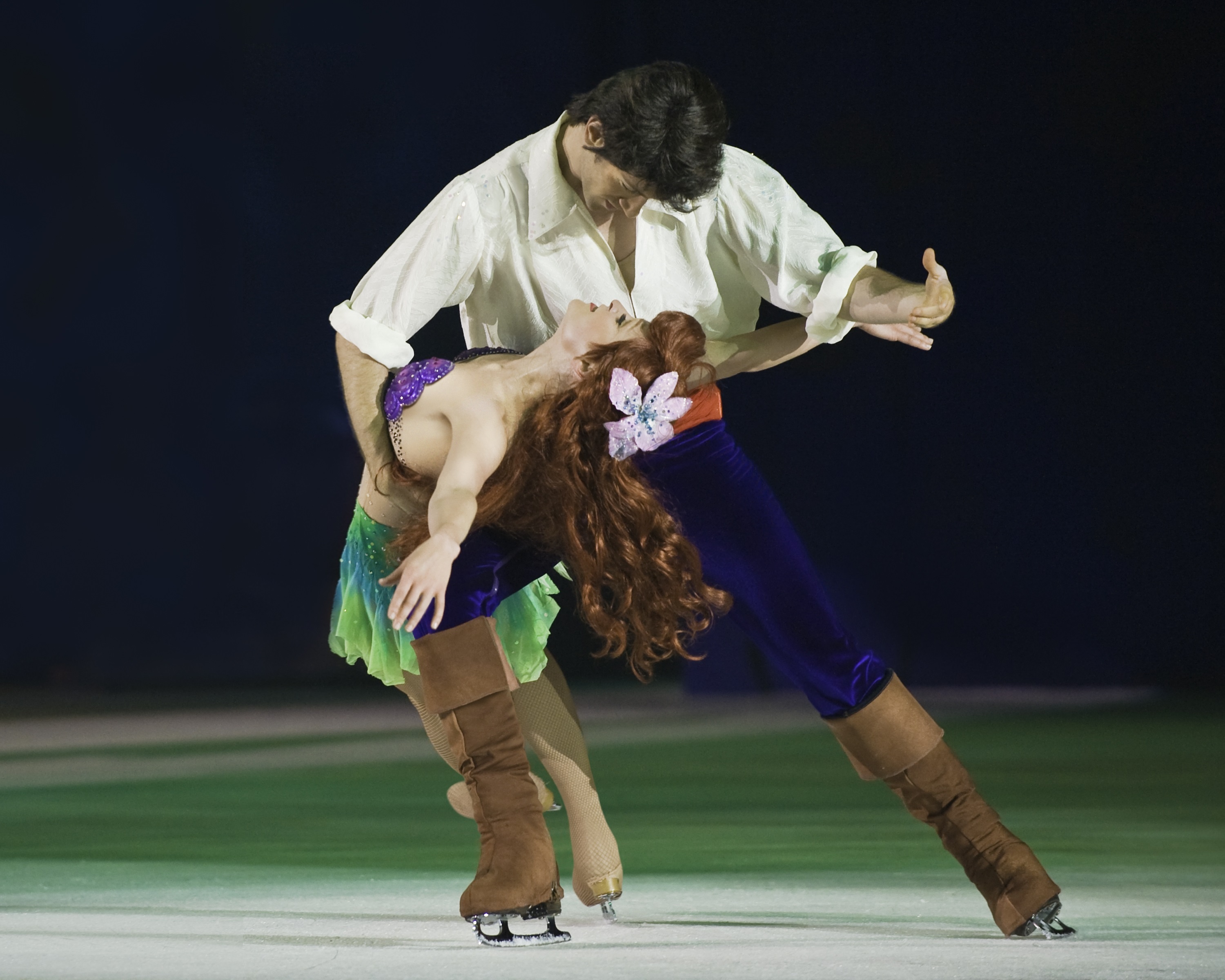 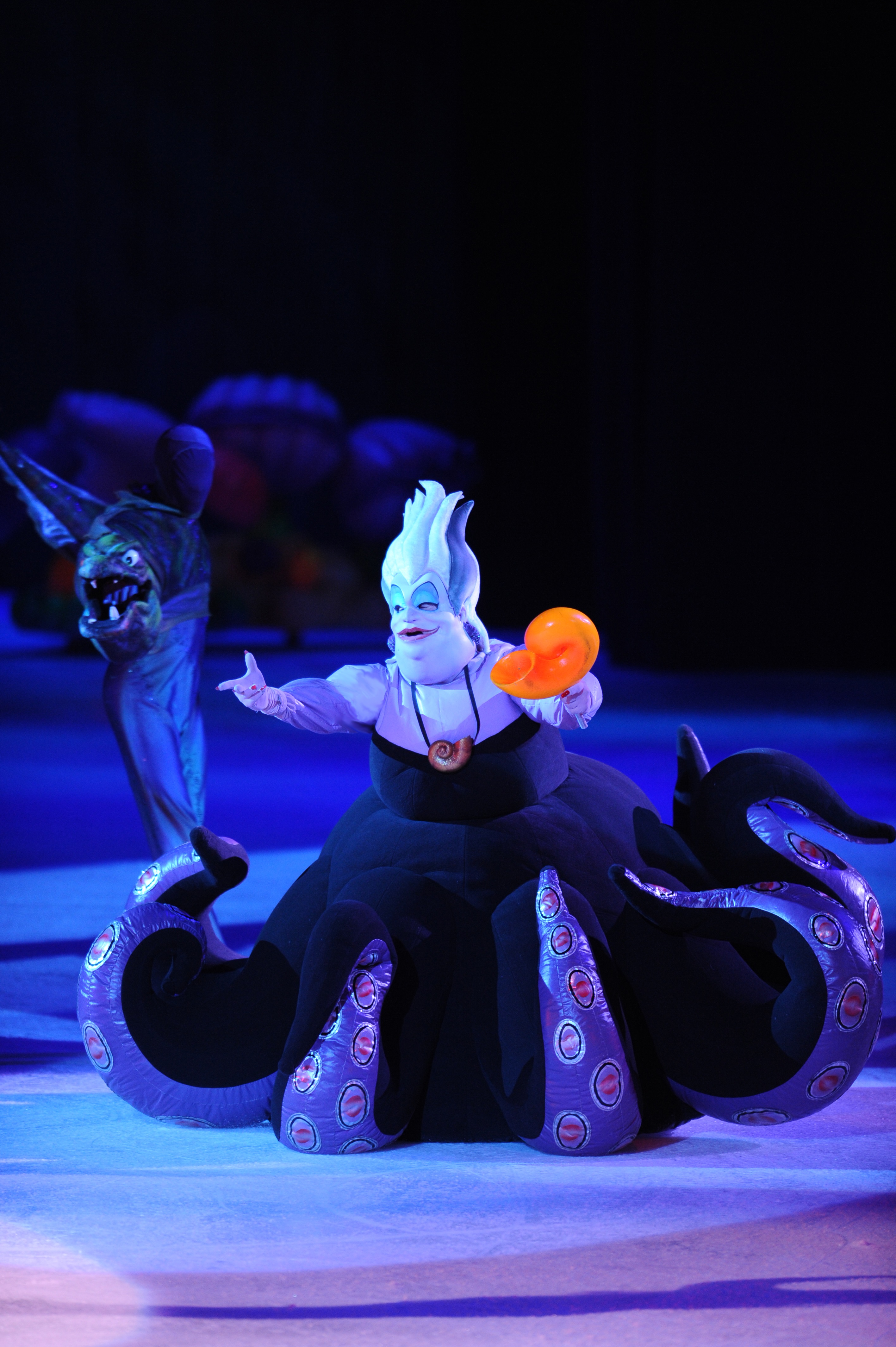 After the interval, Disney/Pixar’s Cars took to the stage. I honestly thought my four-year-old Cars-obsessed youngest child was going to burst with excitement. Clutching his own Lightning McQueen toy in his hand he was completely awe-struck that the “actual real” Lightning McQueen was right before his eyes along with Mater, Sally Carrera, and Flo. 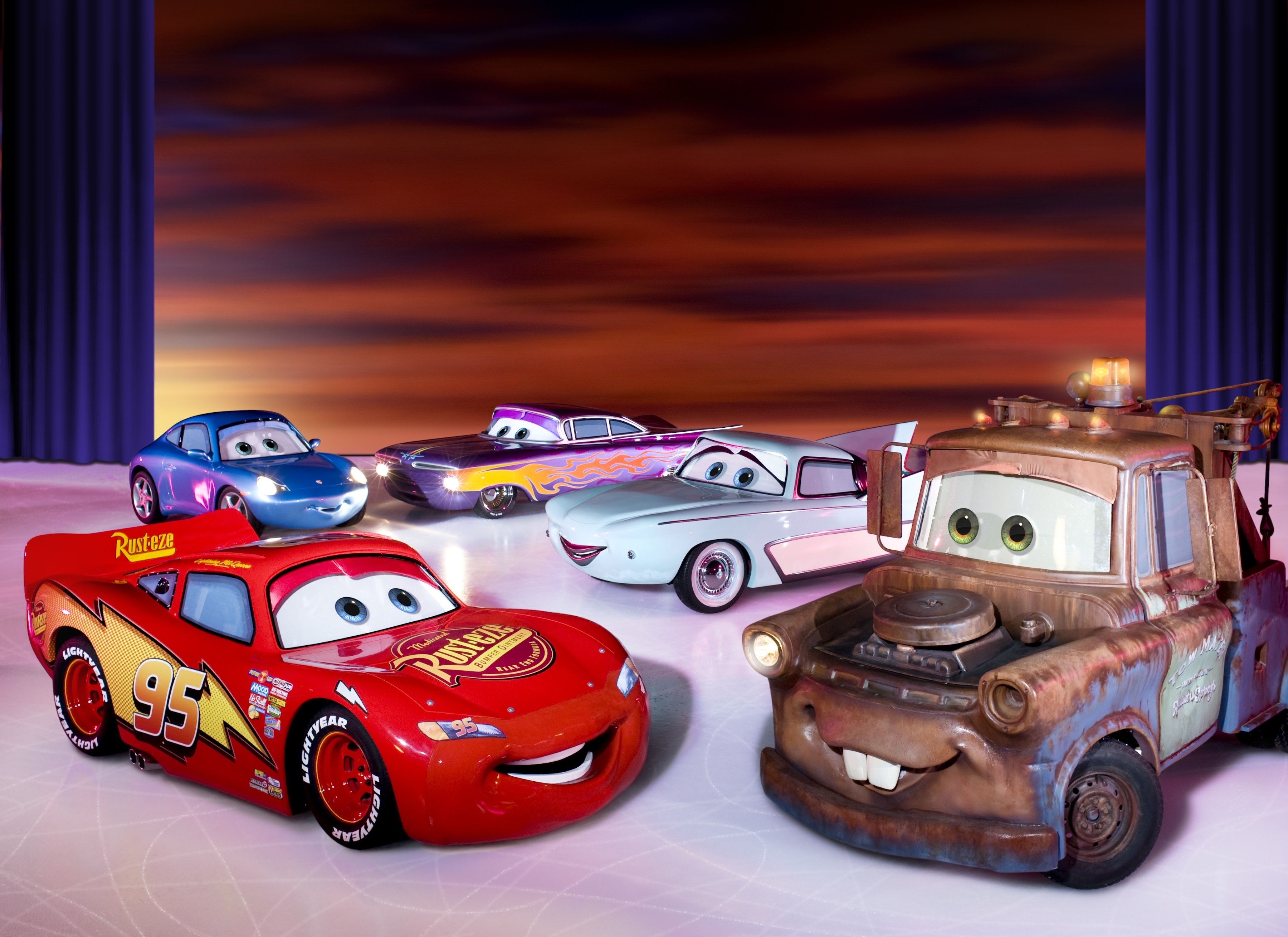 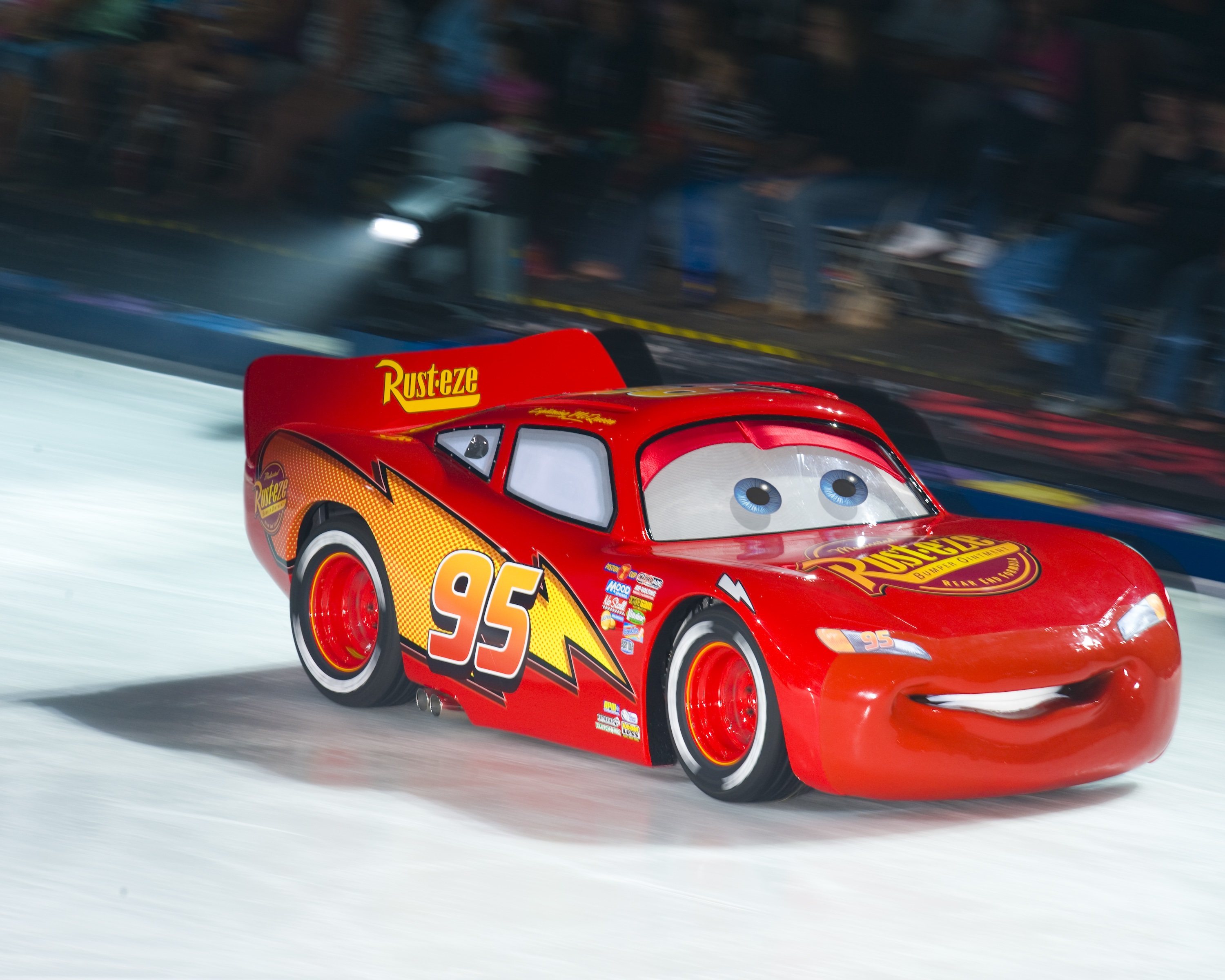 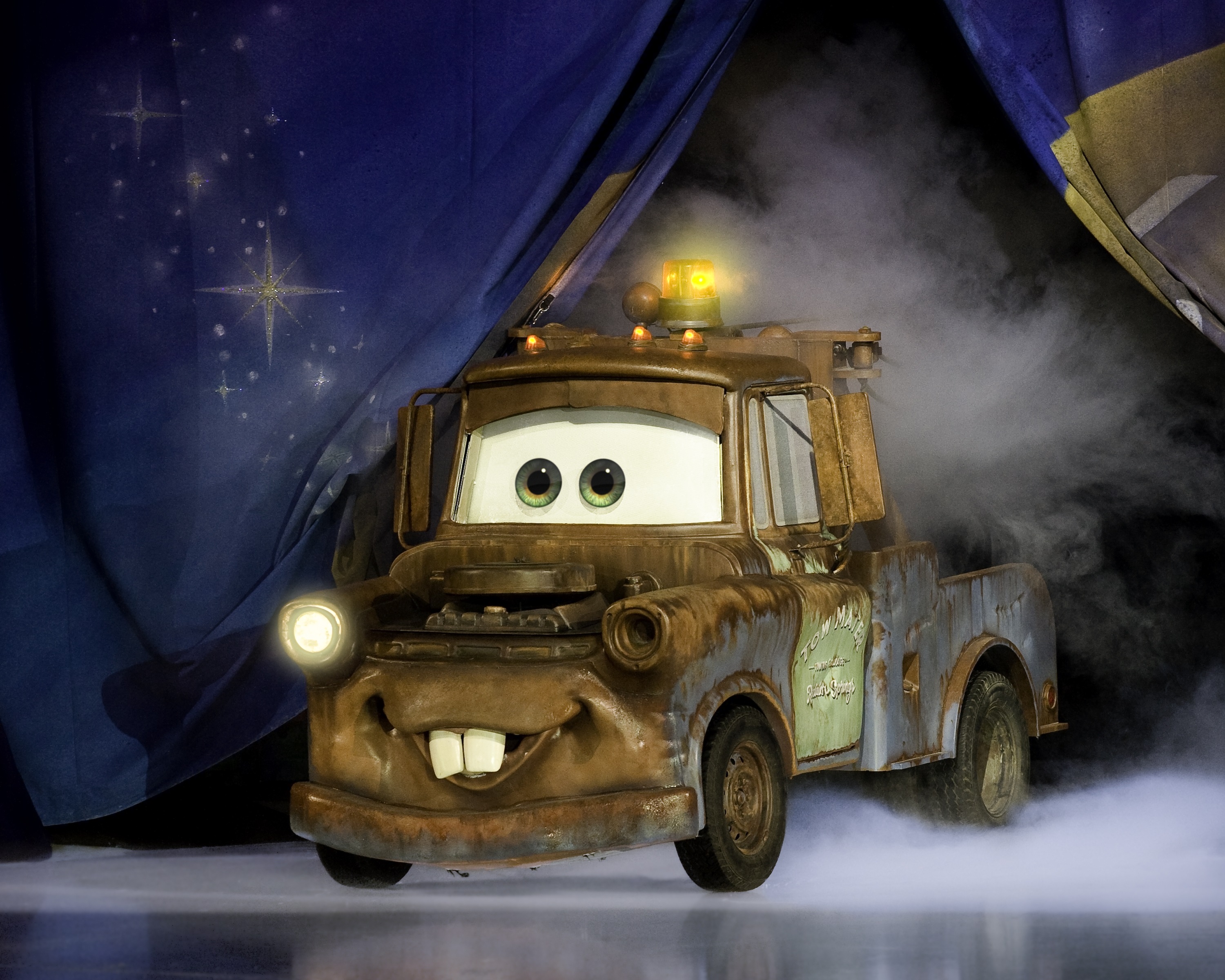 I’m still not sure how the cars moved around the ice – perhaps by remote control or perhaps there were drivers inside although if there were you couldn’t see them so it looked and felt so real. I loved that Worlds of Enchantment didn’t just feature the Disney princesses – but I wish this section had been on for longer if only for the look on Littlest’s face.

It was left to Frozen to end the show as loyal Anna saves the day after her sister Queen Elsa turns Arandelle into an ice kingdom. The atmosphere in the arena was incredible as the sisters skated to all the favourite songs from the film including For The First Time In Forever, Love Is An Open Door, and Let It Go. 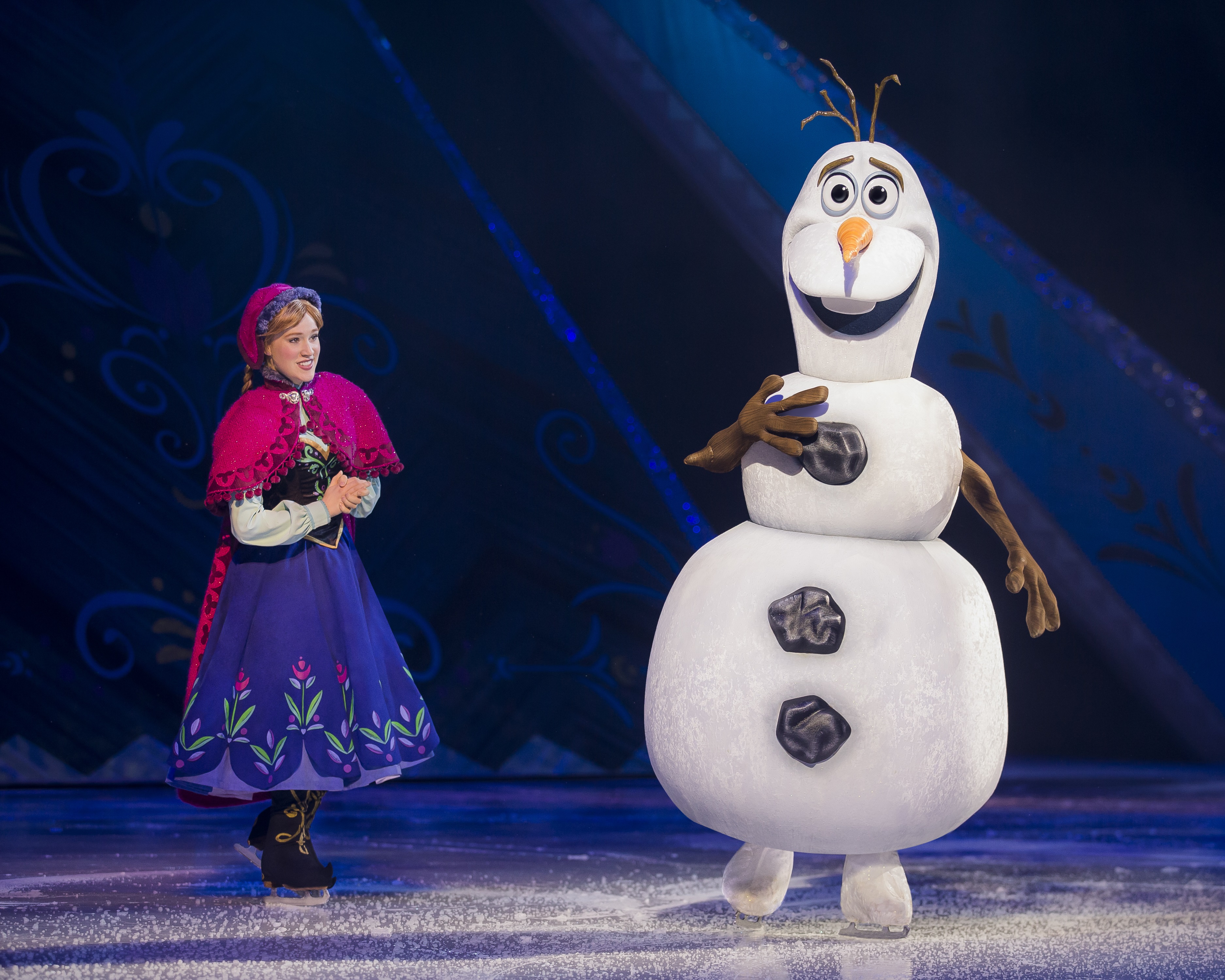 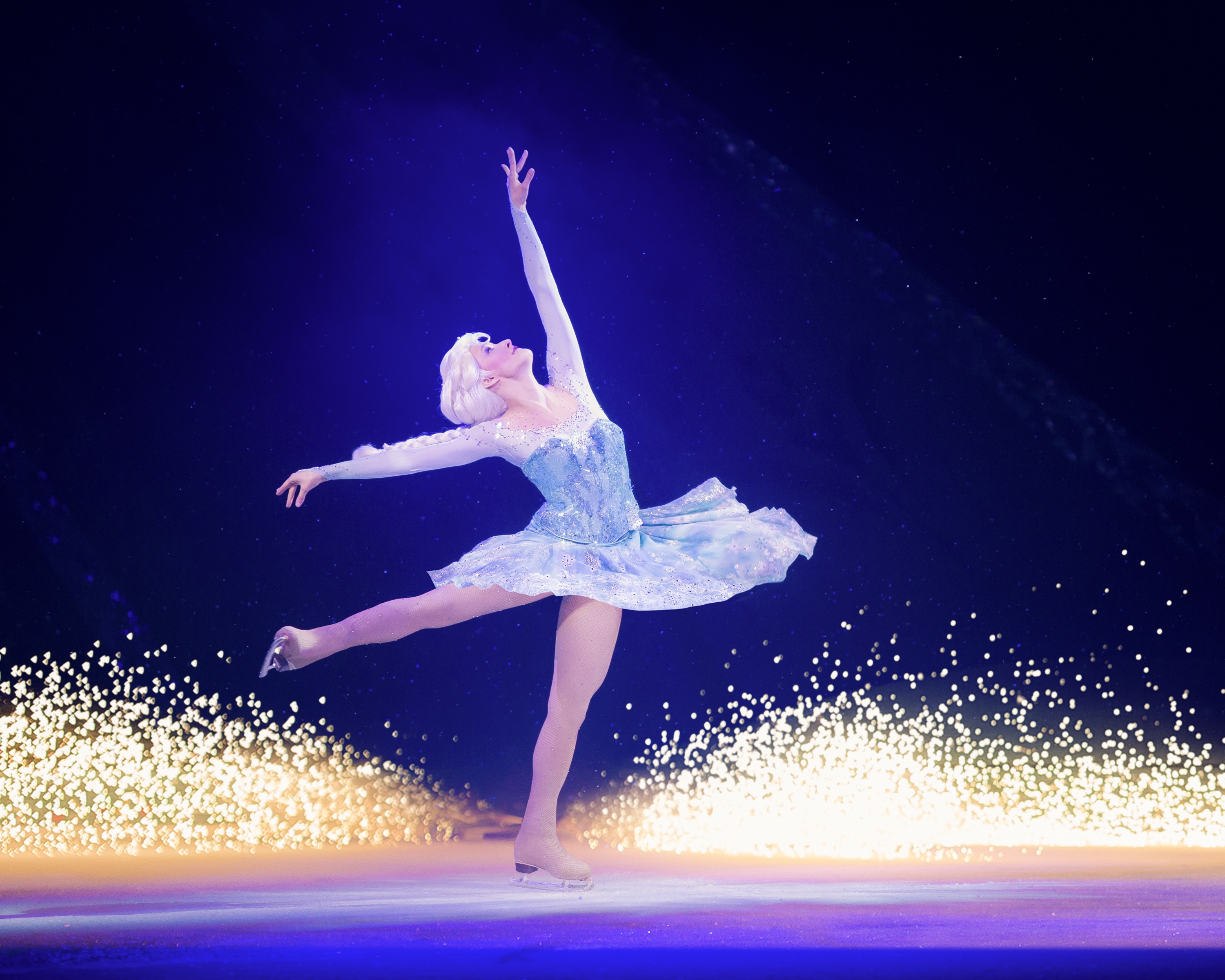 Olaf’s number In Summer was particularly brilliant with a stage full of dancing bees and flowers. With snow falling onto the stage, breathtaking dance routines from the performers, and seamless set changes this section was faultless. You only had to take one look at the faces of the children and hear them singing along to see just how well-loved Frozen still is more than five years after its December 2013 release. Even my eight year old daughter – who was once Frozen obsessed but now thinks it’s too young for her – looked impressed.

Personally however I would have liked to have seen a different story. This is the fourth time I’ve seen Disney on Ice in Cardiff… and the fourth time the show has included Frozen. I know a lot of people buy tickets year on year so for their sakes it’d be good to shake things up a bit. Perhaps Moana would be a good choice seeing as it’s replaced Frozen in the hearts of lots of its original fans. 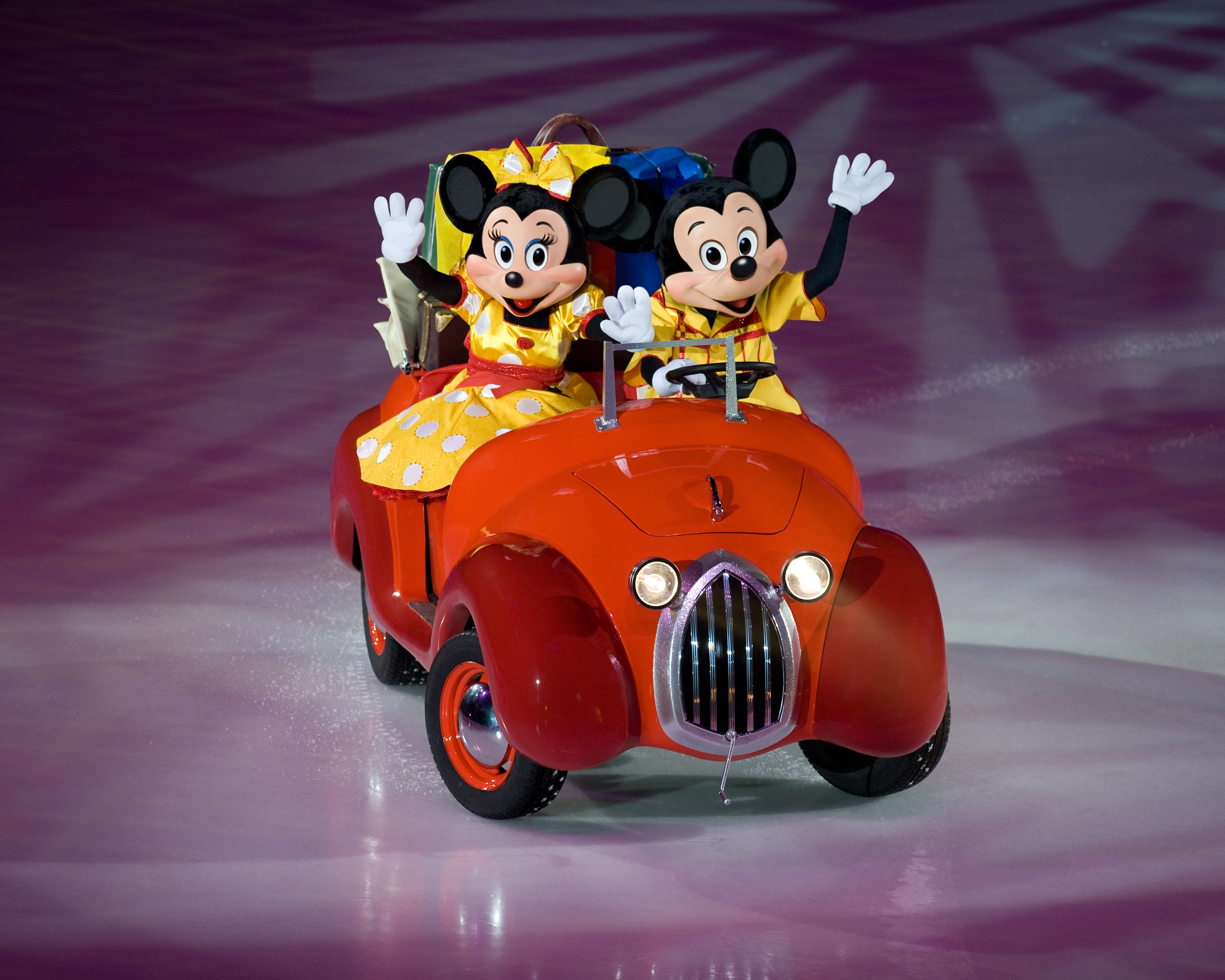 That aside, Disney on Ice World of Enchantment is a beautifully impressive stage experience that will entertain children and grown-ups alike. As I mentioned this is our fourth year or seeing Disney on Ice and it’s as magical as ever.

Disney On Ice Worlds of Enchantment is at Motorpoint Arena until Sunday 29 April 2018 with performances as follows.

Tickets are still available although there is limited availability for some shows. Call the box office on 029 2022 4488 or visit the website for more information.

Are you going or have you been to see Disney on Ice in Cardiff or elsewhere on the UK tour? Do let me know what you thought in the comments below on the Cardiff Mummy Says Facebook page or you can tweet me on @cardiffmummy

See more highlights from this and other days out on the Cardiff Mummy Says Instagram gallery and Instagram Stories.

Read what other local bloggers thought of Disney on Ice Worlds of Enchantment at Cardiff Motorpoint Arena.

Here’s Alina from We Made This Life’s review.