When the Royal Horticultural Society Flower Show Cardiff invited me and my family along for the day, I must admit I was a little sceptical as to whether it would be suitable for three children under five and a half. I’d never been to the RHS Flower Show Cardiff before and just presumed it was one big garden centre housed in fancy tents and with a few competitions for gardeners thrown in too.

Yes, there was some of that – but there was so much more besides and we had a great day out. Thankfully, the good weather we’ve been having all week stuck around and when we got there at 10.30am the show grounds in Bute Park were already nicely busy. 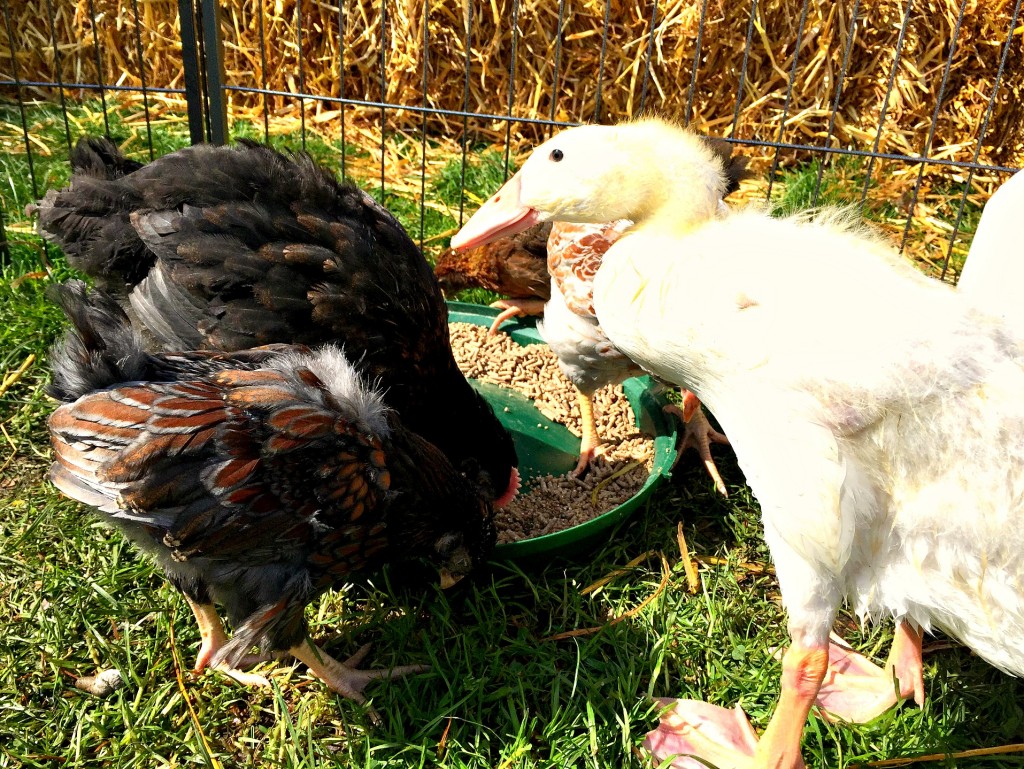 The dedicated family area was handily right next to the entrance. There was face painting and craft workshops – but the big draw for my children was the animal petting area. This is something they never get tired of, no matter how many farm parks we’ve been to.

They loved cuddling and brushing the baby rabbits. Just five weeks old, there were six in the litter, some happier to be petted than others. Some of them kept wriggling away but my children thought this was hilarious.

The chicks and ducks were of a similar age – they came courtesy of Egg Seeds, a wonderful Cardiff-based company that works with schools and other community groups to understand more about ducks and chickens. My children were so excited when we got talking to Sam, who runs the company, and they realised that some of the birds they had been holding were the ones they had met previously in school and preschool. They had helped incubate the eggs, watch them hatch and held them as babies. They talked about it for weeks, so it was an unexpected treat for them to be reunited with the chicks and ducks – even if they were barely recognisable now they had shed their soft baby feathers and had grown so much. 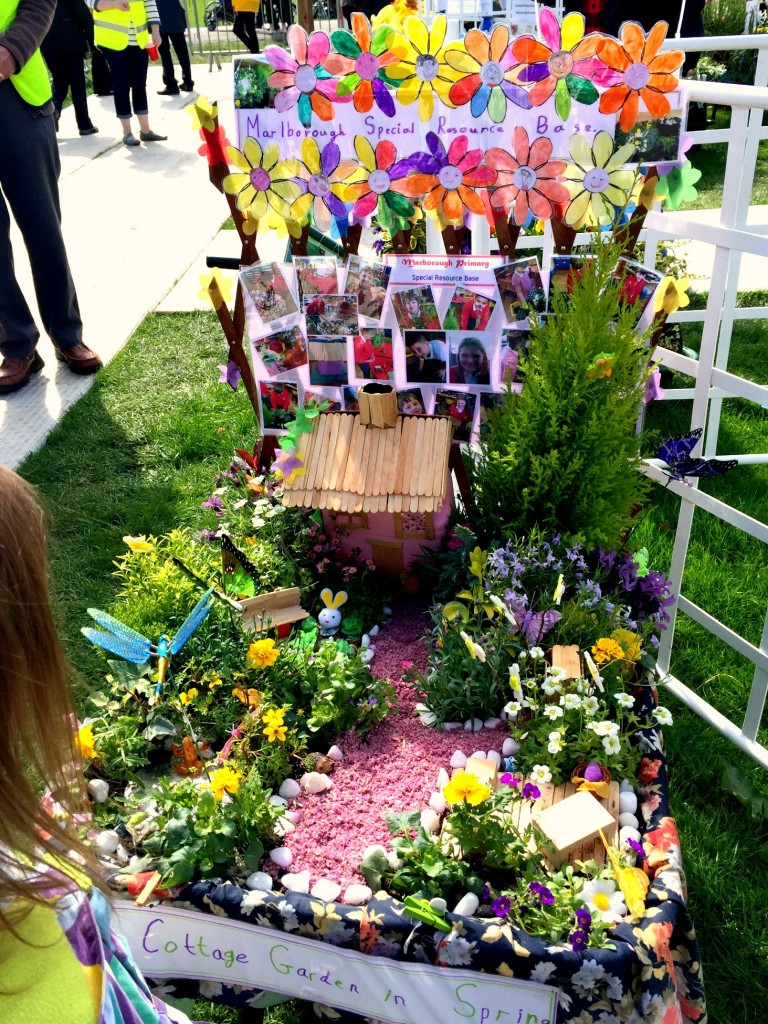 The family area also hosted the yearly wheelbarrow competition for local schools. There were, I think, 37 floral-filled barrows on display, all following the theme of Homes, Habitats and Hideaways. Visitors to the show were asked to vote for their favourite. There were some brilliantly creative entries, although it’s a shame more schools didn’t enter – one staff members told us there have been double this amount in previous years. 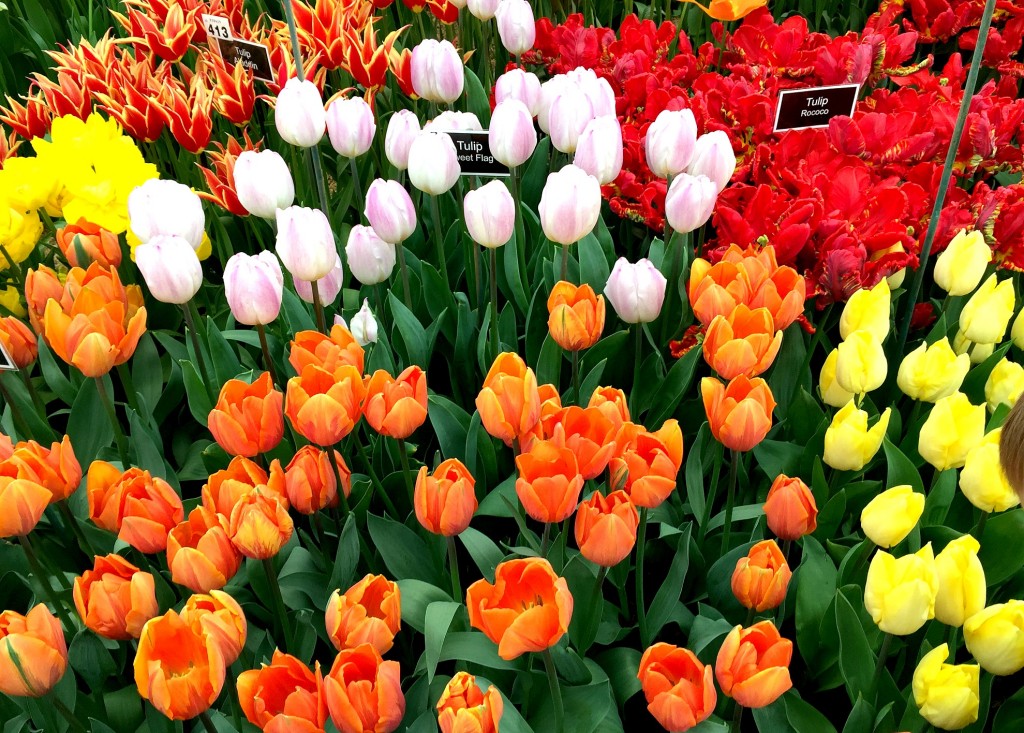 From there, we had a look around the flower tents. My personal favourites were the daffodil display – I had no idea there were so many varieties, the Japanese maple trees and the tulips. 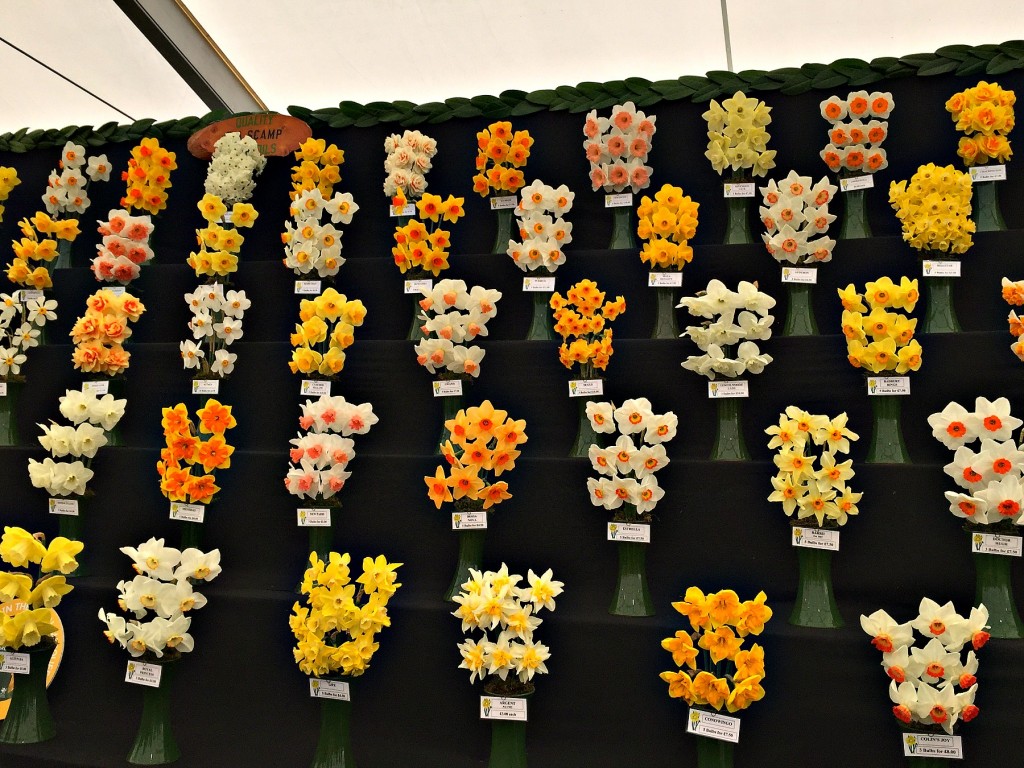 There was plenty going on outside too. We watched the band playing for a while, and browsed the local food and hand-made crafts stalls. It’s great to see so many wonderful local companies selling their wares in one place. We took a picnic lunch with us – but had real food envy when we saw other people dining in the food quarter. That said, friends we met at the event were complaining about the prices, so at least our bank balances stayed happy.

The large metal Welsh dragon surrounded with daffodils was certainly a popular feature – so many people were taking photos of it, it was hard to get close – as were the various show gardens that only made me realise how neglected my own is. 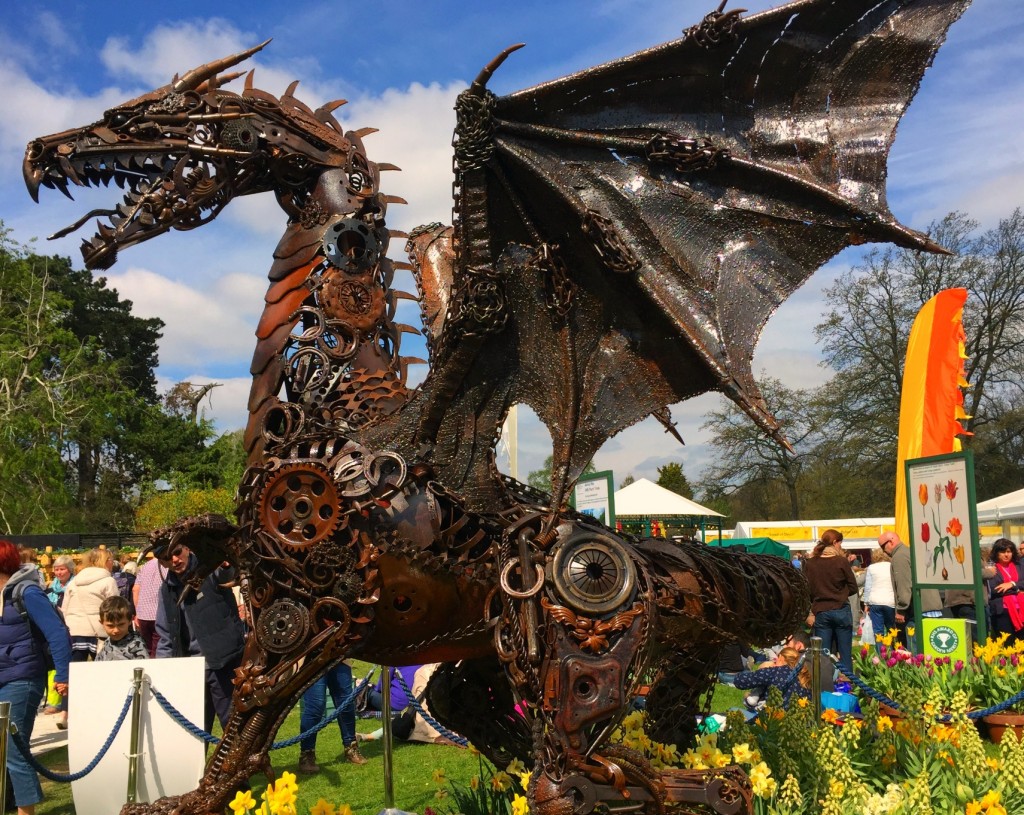 I’m only sorry I wasn’t able to visit the RHS Cardiff show until the last day, because I feel bad recommending something to my readers that has now been and gone. It’s definitely worth a trip next year, or there are a host of other RHS shows across the country between now and November, including the famous Chelsea Flower Show. You can see the full details here. It’s cheaper if you pre-book tickets and each paying adult can take in two under-16s free of charge.

Did you go to the RHS Flower Show Cardiff? What did you and your little ones enjoy? Do let me know, below, on the Cardiff Mummy Says Facebook page or by tweeting me on @cardiffmummy