Thanks to the Sherman Theatre for the review tickets

As its name suggests, Tiddler and Other Terrific Tales brings four of Julia Donaldson’s much-loved children’s picture books together in a wonderfully entertaining and highly visual production for young children.

I took my three children to see it today at Cardiff’s Sherman Theatre as part of its UK tour, and although eight year old Little Miss E and six year old Little Man O are on the upper scale of the recommended age group, both they and their younger brother, nearly-four-year-old Littlest Boy I, loved the show, laughing their hearts out at various points and joining in with familiar lines from Julia’s winning collaborations with illustrator Axel Scheffler. 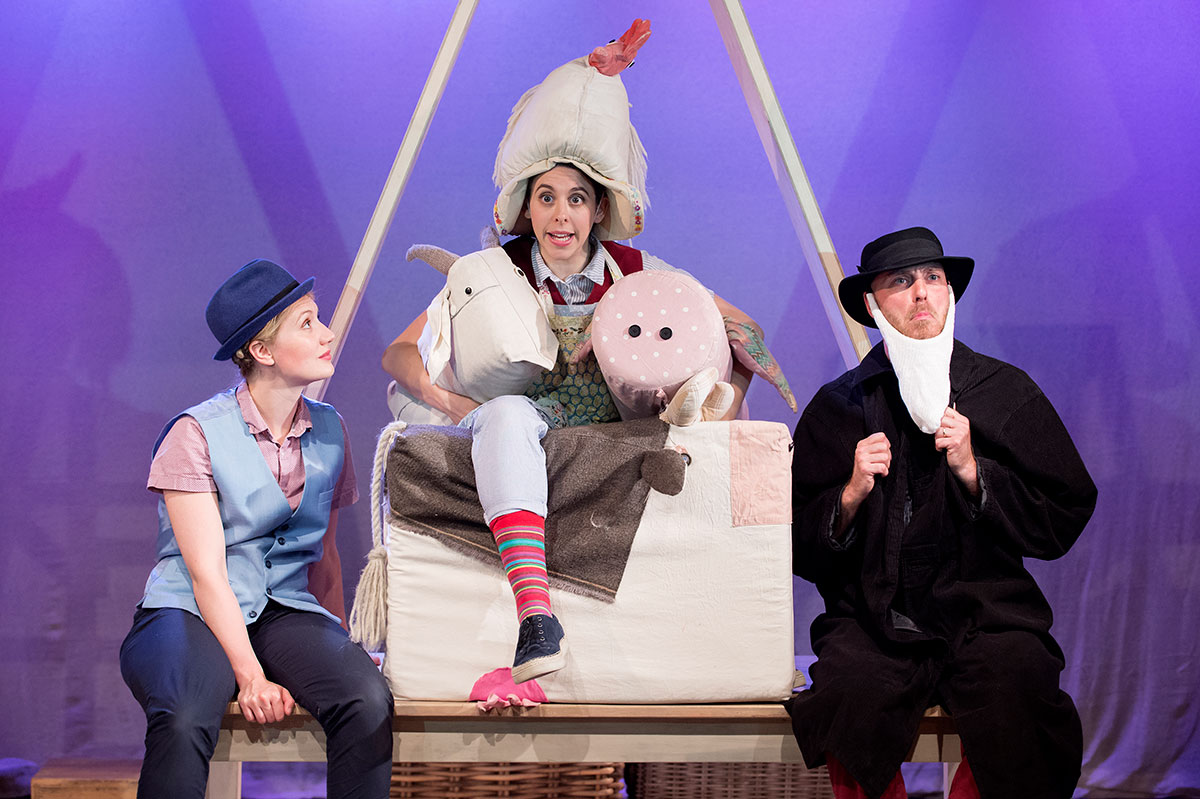 The books in question are – naturally – Tiddler, a humorous tale of a small fish whose big imagination eventually saves the day when he gets lost at sea; Monkey Puzzle about a young monkey who has lost his mum and the butterfly who helps him find her; A Squash and a Squeeze about a women who lives in a house that she thinks is too small; and The Smartest Giant in Town, a tale of a big giant with an even bigger heart.

The show, from Freckle Productions, doesn’t just present a linear narrative of the four books though. Instead the cast of three – Anna Larkin, Alex Tosh and Maryam Grace – use imaginative and visual storytelling as well as live music and movement to weave in and out of the stories. 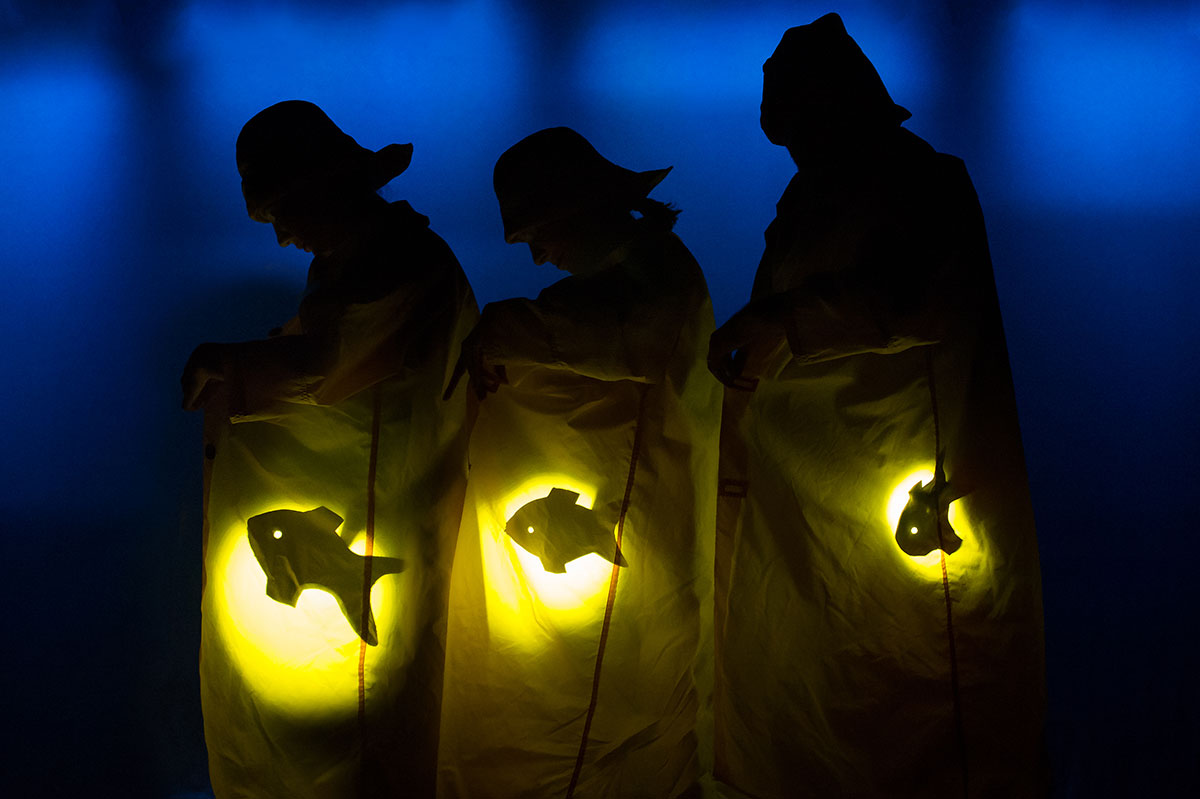 The stage itself is a far cry from other Julia Donaldson stage adaptations I’ve seen. This isn’t simply a case of replicating Scheffler’s famous illustrations – but rather using everyday items and our imaginations to recreate the stories.

Against a set of two step ladders, a plank of wood and a table, some traditional characterisation and puppetry is used. We particularly liked Alex Tosh’s Giant – the moment when he gives away his belt to an animal in need and his trousers fall down saw the young audience erupt into laughter; as well as the fish puppets used for Tiddler and his fishy class mates with the story told by three fishermen clad in bright yellow waterproofs. 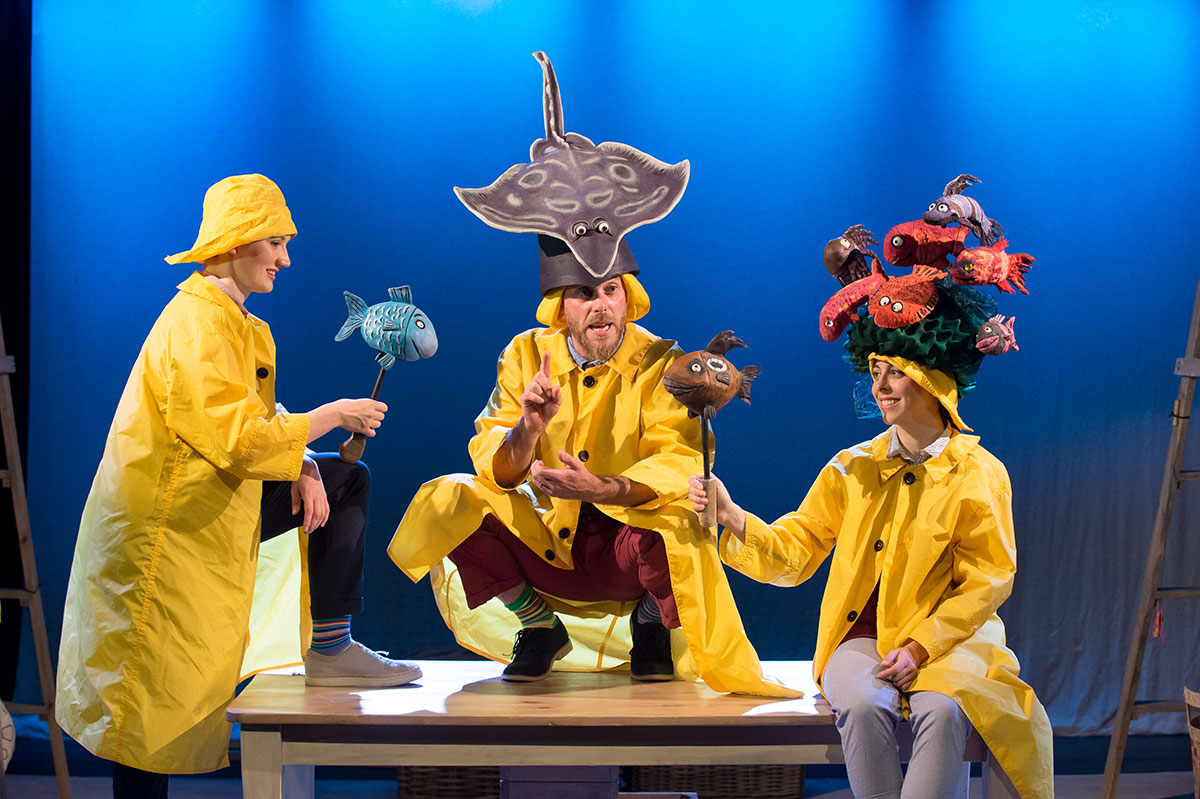 Elsewhere though a scarf becomes a snake; shadow puppets create underwater scenes; cushions are turned into animals; a slinky becomes an elephant’s trunk. It’s lovely stuff and the children have no problem understanding what’s going on.

At an hour long it’s perfect for young theatre goers. The sloped seating of the Sherman’s main auditorium where all seats look down towards the stage also means that little ones have no problem seeing all the action. 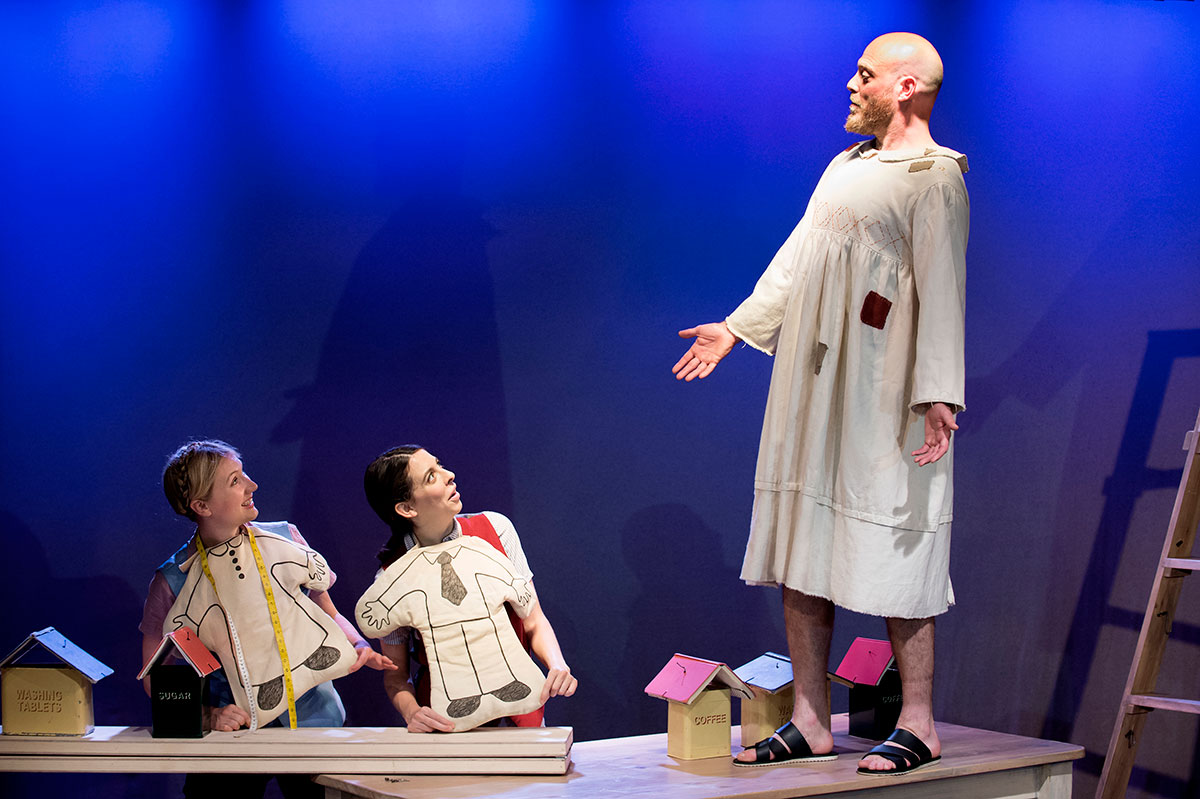 Tiddler and Other Terrific Tales is a wonderfully inventive and endearing show that fans of Julia Donaldson will love – parents and children alike. And no prizes for guessing which books were chosen for bedtime stories tonight.

Tiddler and Other Terrific Tales continues at the Sherman Theatre tomorrow, Friday 23rd February, with some tickets still available for the performances at 11.30am and 1.30pm with tickets costing £10. Book online here.
See the full dates of the UK tour here.

Homepage » Cardiff » Tiddler and Other Terrific Tales at the Sherman Theatre, Cardiff – review