I’ve always loved a good musical and Chitty Chitty Bang Bang was one of my favourite childhood films. I still know it off by heart after watching it so many times when I was younger. Naturally, I couldn’t wait to introduce it to my three children and, some 48 years after it was first released in 1968, they have been as enchanted by the tale of the flying car as I was all those years ago.

Who could forget the wonderful Dick Van Dyke as eccentric inventor and widower Caractacus Potts, the beautiful Sally Ann Howes as Truly Scrumptious, the whistling Toot Sweets, squeaky-voiced Jeremy and Jemima being captured by the menacing Child Catcher in a land where children are forbidden, the children living in the sewers helping to save the day with Caractacus, Truly and the toy maker and, of course, Chitty herself?

I saw the stage musical when it came to Wales Millennium Centre here in Cardiff around eight years ago, well before I become a mum. So when it returned this summer, I was keen to take along my two eldest children – 6½-year-old Little Miss E and Little Man O, who is almost five.

The age guidance is five, with no admittance for under twos, so we left Toddler, their 2¼ -year-old brother, at home with Cardiff Daddy (sorry boys!). Although all three of my children have been to a lot of theatre in their short lives, and seen a lot of musical films thanks to their mummy’s love of them, this is the first full-scale musical theatre show they have been to. I couldn’t wait to see their faces as the magic from the film came to life in an all-singing, all-dancing stage spectacle right before their eyes. 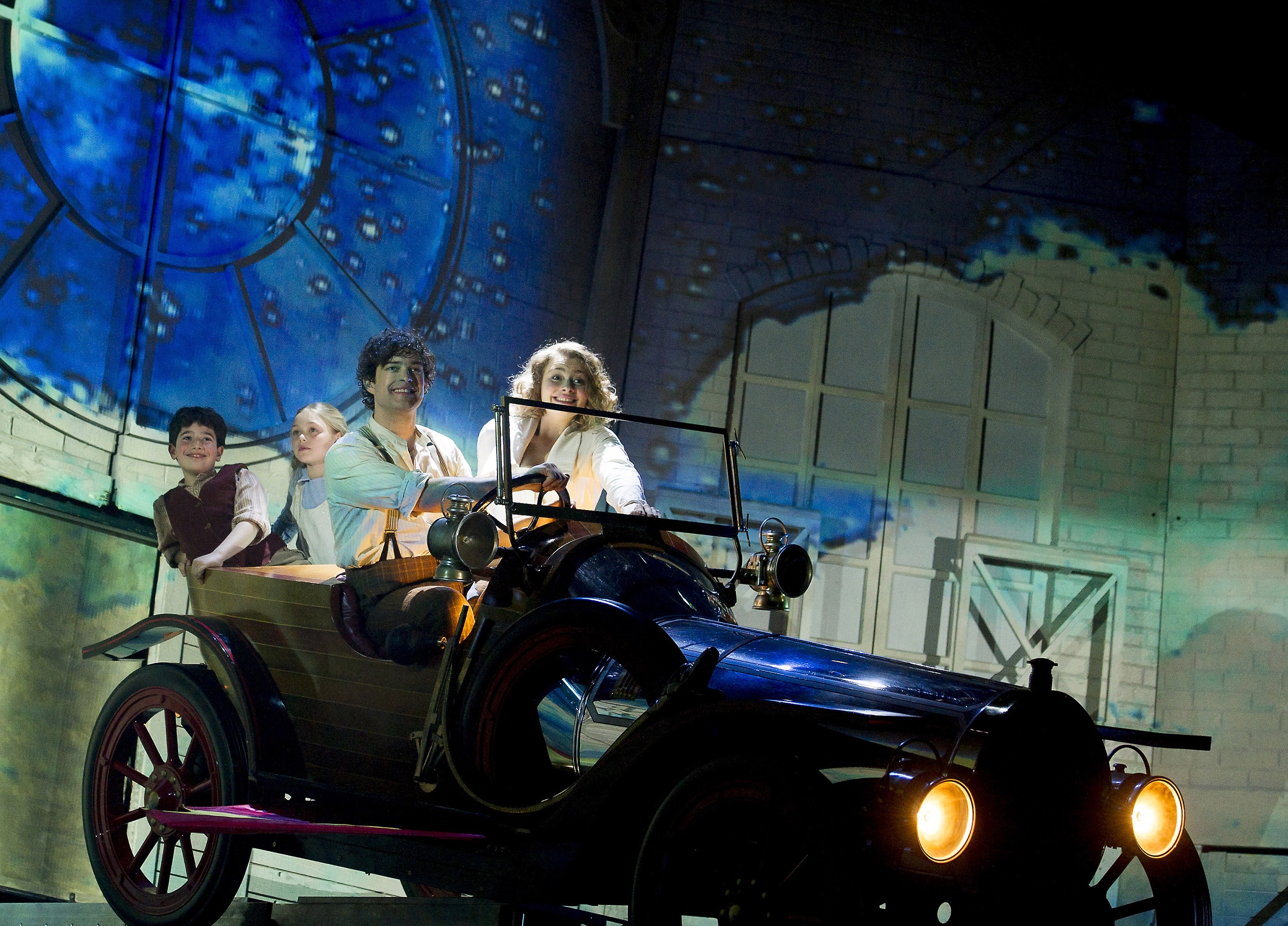 Our night was every bit as fantastic as I’d hoped. Watching one of your childhood favourites through the eyes of your offspring is such an incredible feeling, and seeing their excited little faces brought tears to my eyes. My children were entranced for the whole two and a half hours of this magically wonderful show.

The stage itself was so creative, cleverly bringing to life Coggins’ garage where we first meet the rusty old car, the windmill house where Potts and his family live, the sweet factory, the Baron’s castle, the fun fair, and the beach and English countryside, with a mixture of scenery, props and projections. The crew even managed to re-create Caractacus’s breakfast-making machine and his bicycle-powered hair cutting machine – as well as the famous scene where an angry newly-bald customer tries to chase after the inventor, as Caractacus runs around the fun fair, joining in with a troupe of dancers for Me Ol’ Bamboo. 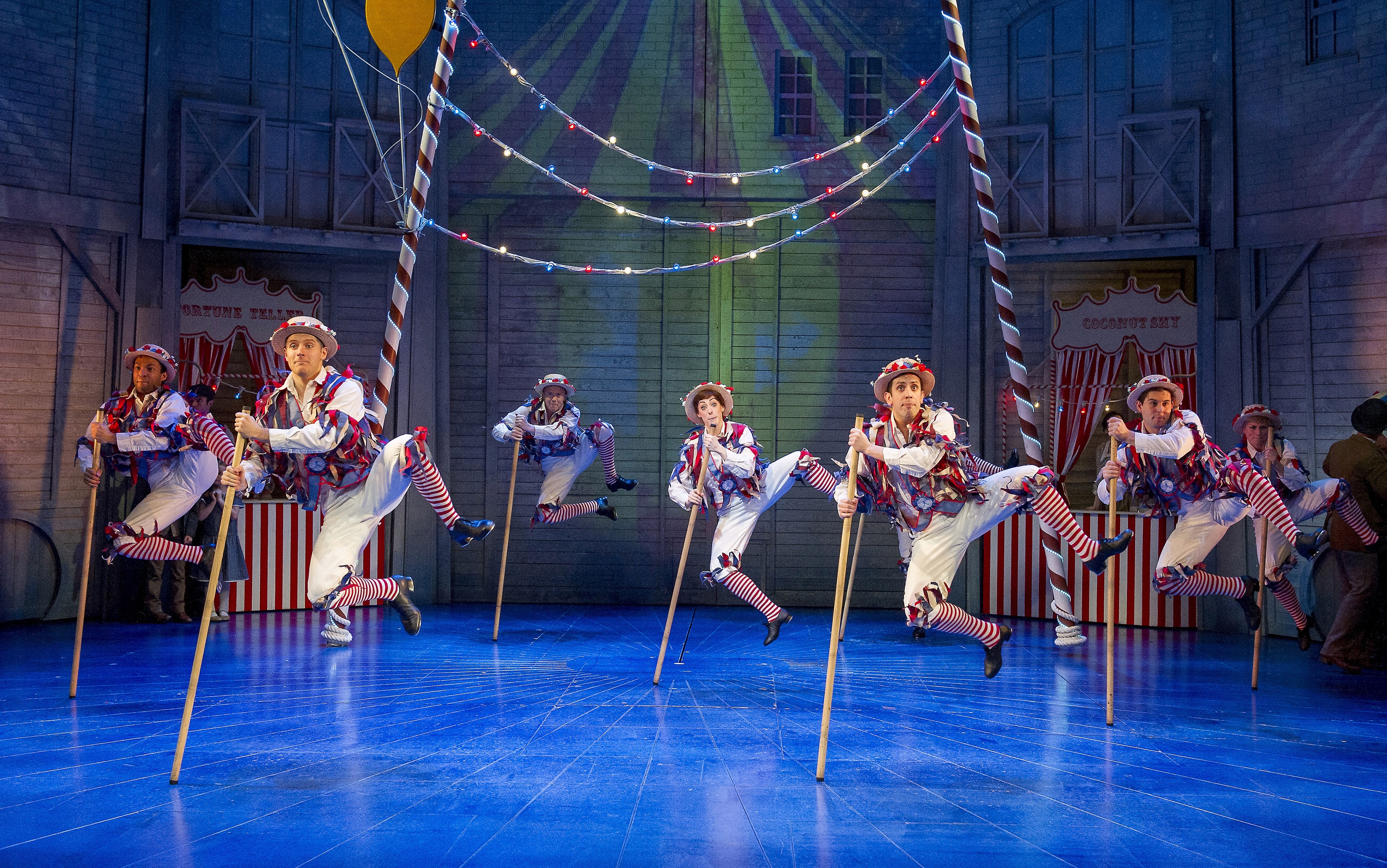 Caractacus is played by Lee Mead. He first shot to fame in Any Dream Will Do, the BBC series to find the lead for the West End revival of Joseph and the Amazing Technicolor Dreamcoat, and has starred in a whole host of musicals, pantos and television shows since. It’s always hard taking on an iconic role, but he made it his own, getting just the right balance of eccentric inventor and caring father who would do anything for his children. 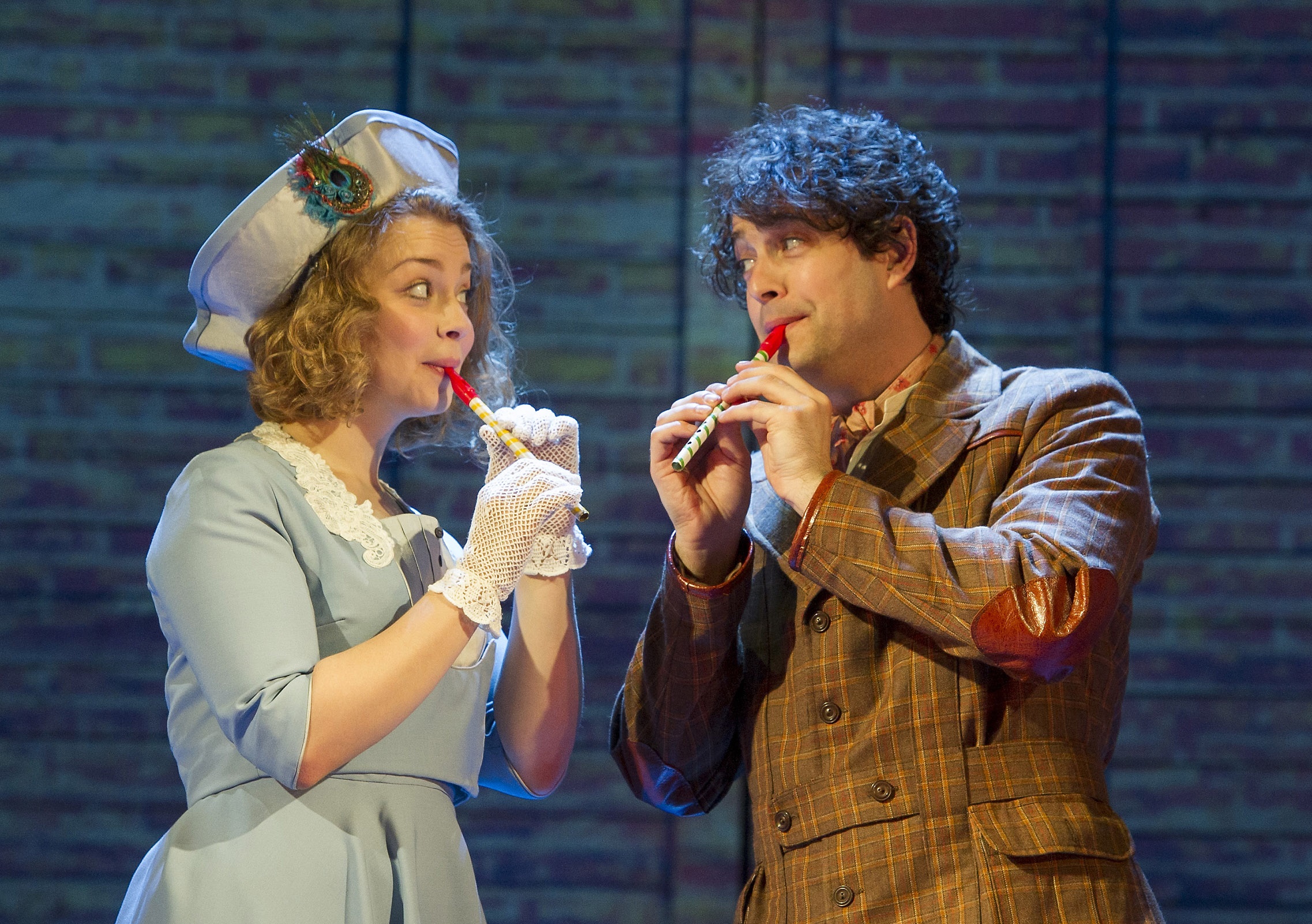 Actress, singer and author Carrie Hope Fletcher plays Truly Scrumptious. Entering the stage on a motorbike, she is feistier than the film version, but every bit as sugary sweet and delightful too, as she falls in love with Potts and his children and they fall in love with her. She had an amazing vocal range and her solo Lovely Lonely Man was beautiful.

I was so impressed with the children in the roles of Jemima and Jeremy. The siblings are being played by three sets of children in this touring version – Henry Kent, Hayden Goldberg and Elliot Morris as Jeremy and Lucy Sherman, Caitlin Surtees and Darcy Snares as Jemima, all aged between nine and 11). We saw Hayden and Caitlin, who completely blew me away with their confidence and talent considering their young age. They performed with such passion and enthusiasm, barely aware of the huge audience in front of them. 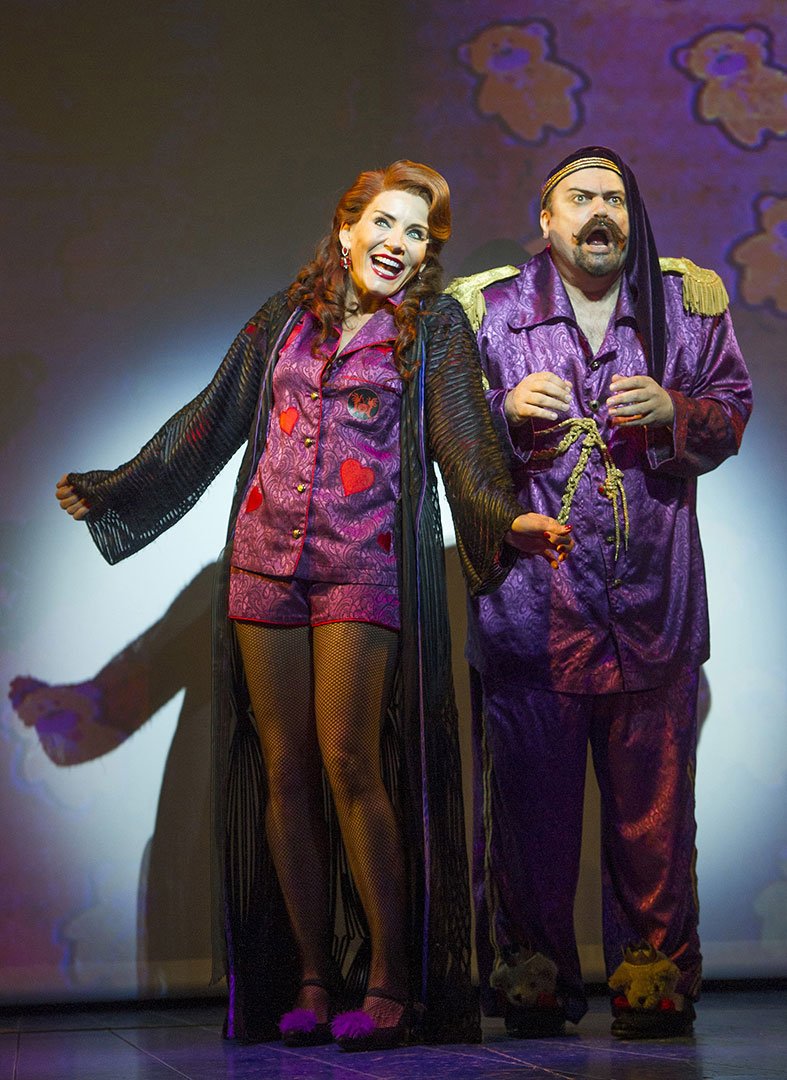 I loved the pairing of Shaun Williamson and Claire Sweeney as Baron and Baroness Bomburst of Vulgaria. The former soap stars had a great rapport together, with their rendition of Chu-Chi Face especially brilliant. The film version sees the Baron trying to kill his wife with an axe almost falling on her head and a trapdoor opening underneath her among other attempts on her life, so I was pleased to see they’d replaced this with something less violent against women. In this version, as the Baroness sings of her devotion to her husband, he is more concerned with his teddy bear.

A new addition to the show is a flamboyant samba dance, as a present from the Baroness to her husband on his birthday. The dance sequences and costumes were spectacular, and a nice nod to Sweeney’s appearance in Strictly Come Dancing. My daughter especially loved it, having recently learned about Brazil and the samba at school, but it did feel a little out of keeping from the rest of the musical. 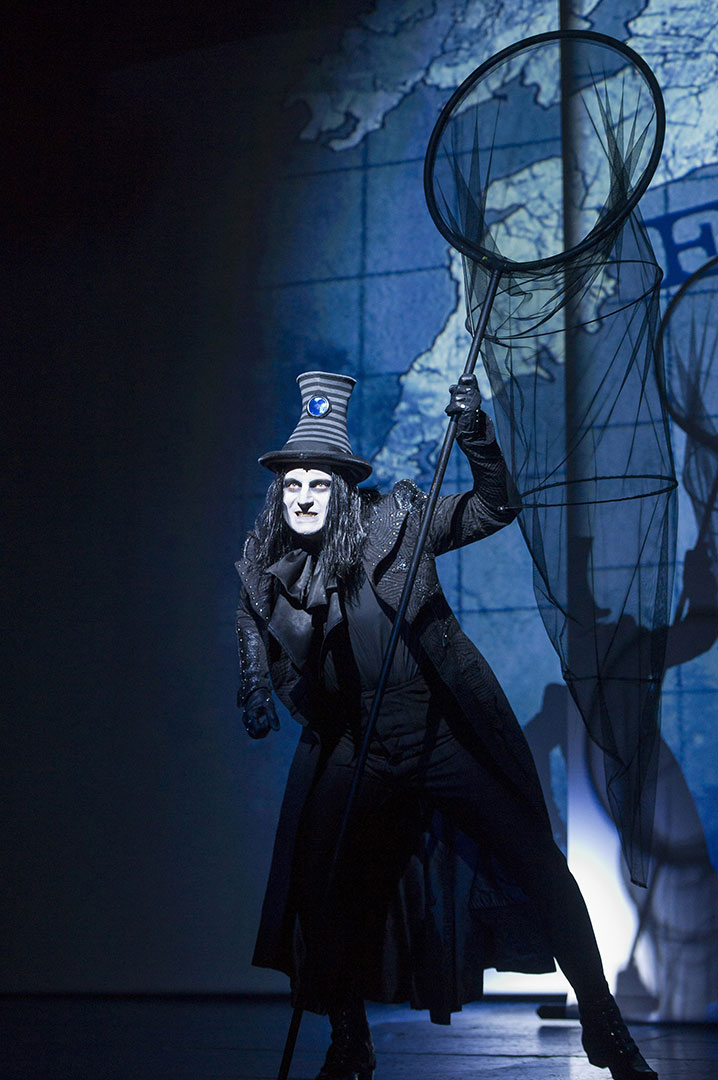 The Childcatcher (played by Matt Gillett) was even more terrifying than in the film. With a face painted deathly white, an echoing tone to his voice, and huge shadows of his bony hands and net across the stage every time he appeared, Miss E and Little Man both had their hands over their eyes and cuddled right up to me whenever he made an entrance. They found him a bit frightening in the film, so in preparation of the show we’d talked a lot about how it’s not real, how he’s probably a lovely man in the real world who does a great job of pretending, which I think helped. That said, I was thankful he’s not in the musical for too long!

Andy Hockley played Grandpa Potts, with his character being very similar to Lionel Jeffries in the film, while Ewen Cummins was the kindly Bill Coggins and Toymaker. 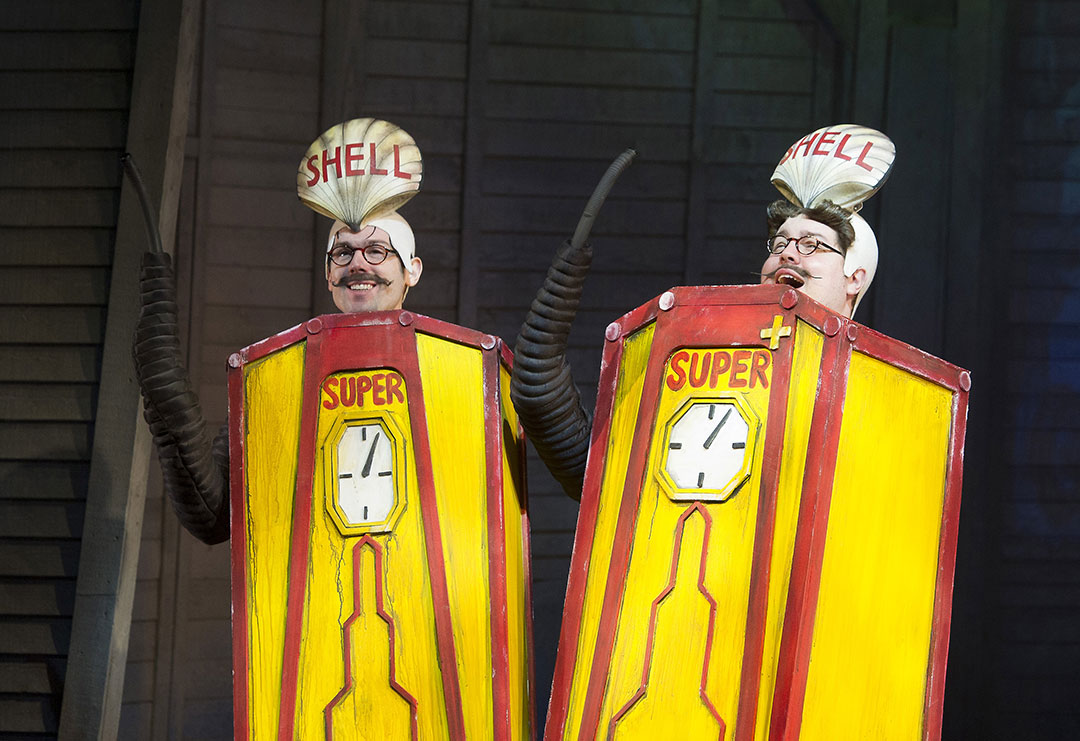 This stage version had some great elements of humour, almost panto-esque in parts with the odd risqué joke aimed at adults but which went right over the heads of the children. Much of this came from Sam Harrison and Scott Paige as Boris and Goran, the two hapless Vulgarian spies sent by the Baron to capture the flying car.

They had a much greater role than in the film, and it worked really well, tying together different scenes and giving us lots of laughs as they pretended to be English gentlemen. Their musical number, Act English, was hilarious.

All the musical numbers were as bright and dynamic as you would expect, with some great choreography in the chorus numbers, and a few new additional songs adding to the well-known numbers. 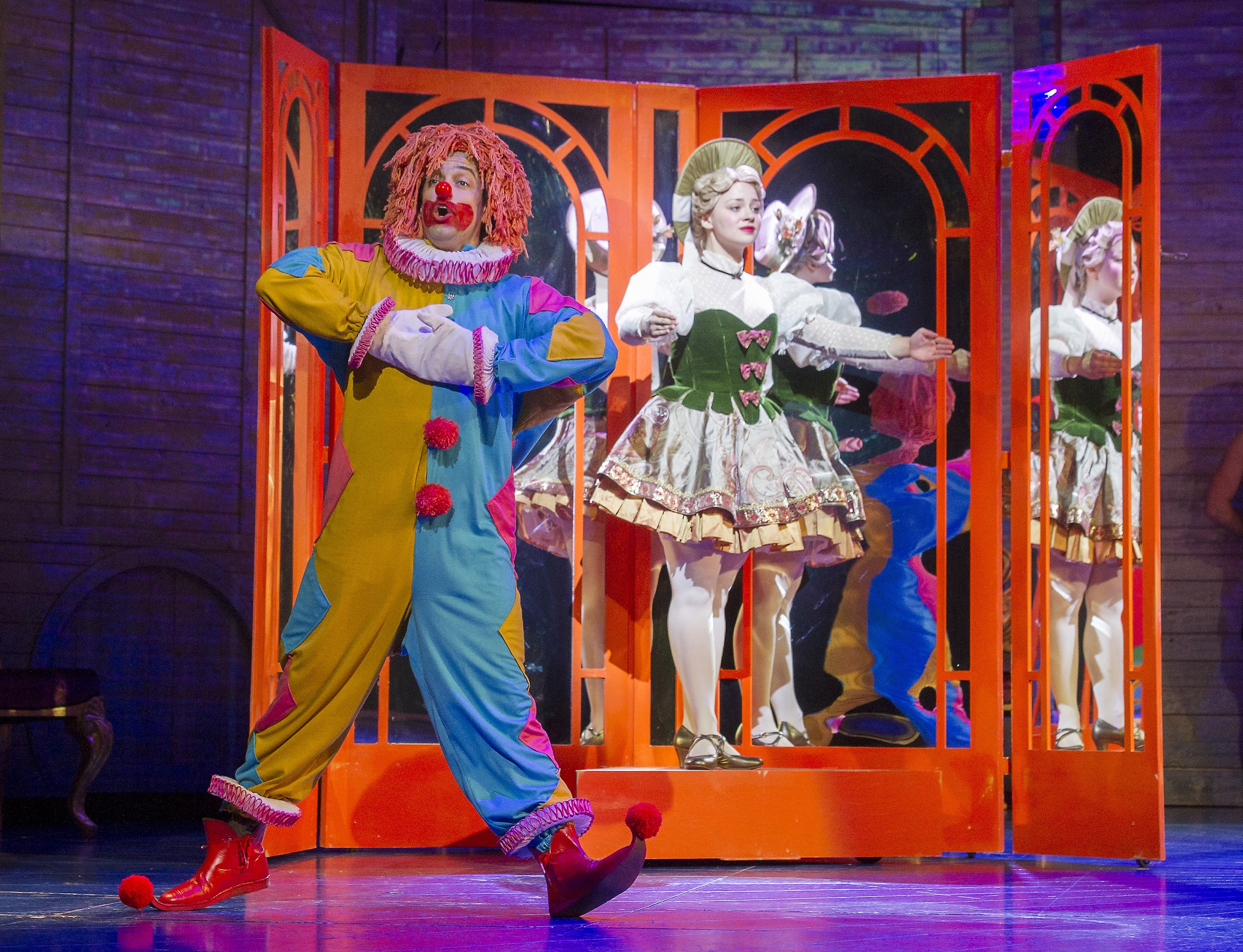 One of my personal highlights was Truly and Caractacus dressed up as the music box doll and an orange-haired clown singing Doll On A Music Box and Truly Scrumptious, for the famous music box scene. This sees the toy maker bringing Truly and Caractacus into the castle disguised as toys so that they can take over the castle, rescue Grandpa, Jeremy and Jemima and free the children, as well as the deepening feelings between the two. I’ve always loved this part of the film.

Naturally, the musical number Chitty Chitty Bang Bang was the one that really got the audience clapping along, singing and dancing in their seats, so it was great to see this reprised throughout, including the finale number. I felt a little sad when the show ended, because it had been such a magical and delightful two and a half hours, full of nostalgia, but making new memories with my children too. 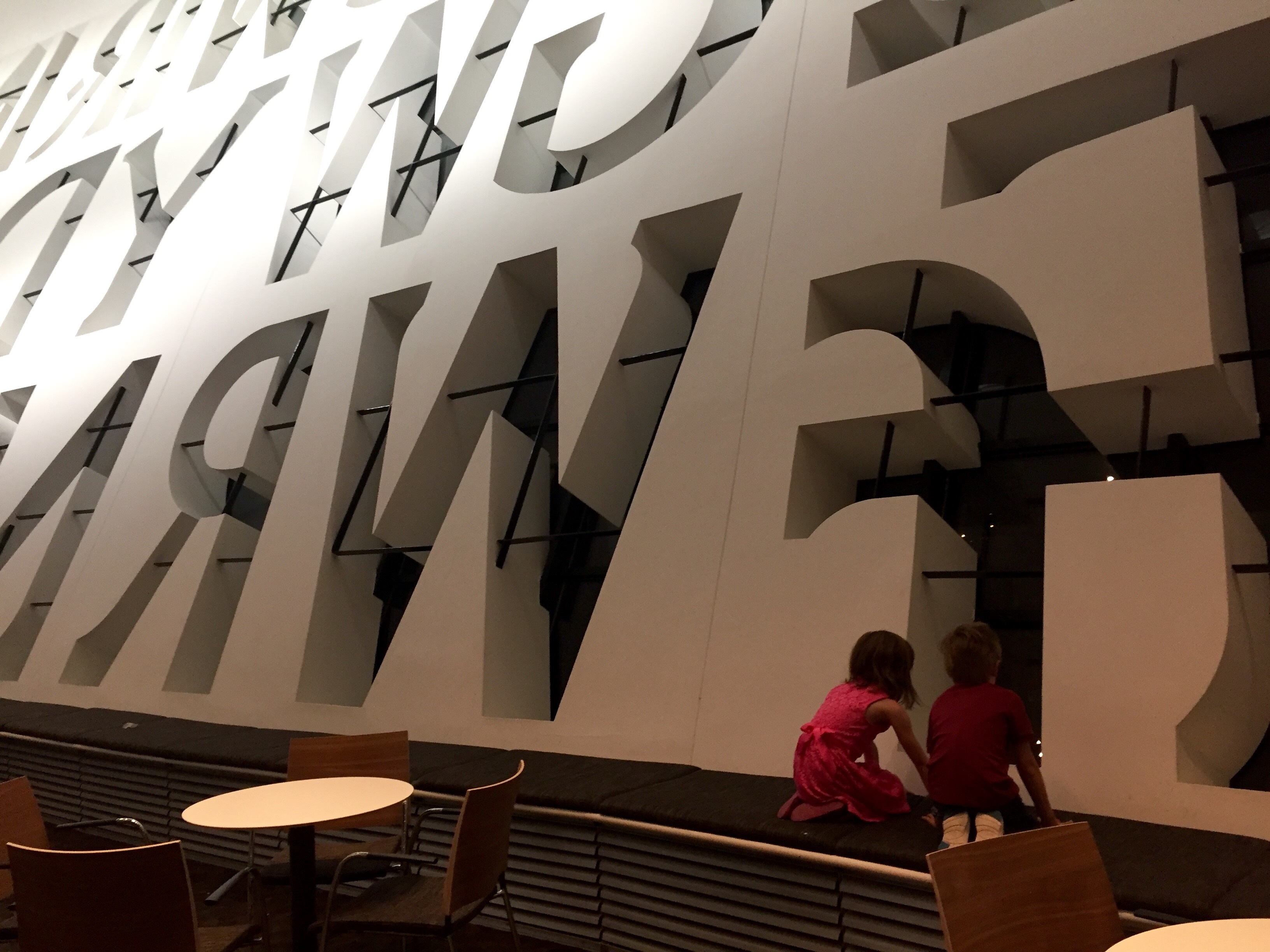 We managed to squeeze a little bit more magic into our night before we went home though, by looking out across Cardiff Bay from the inside of the letters of the famous words which adorn the front of Wales Millennium Centre, before stepping outside to see them all lit up against the dark sky. A fitting end to a wonderful night. 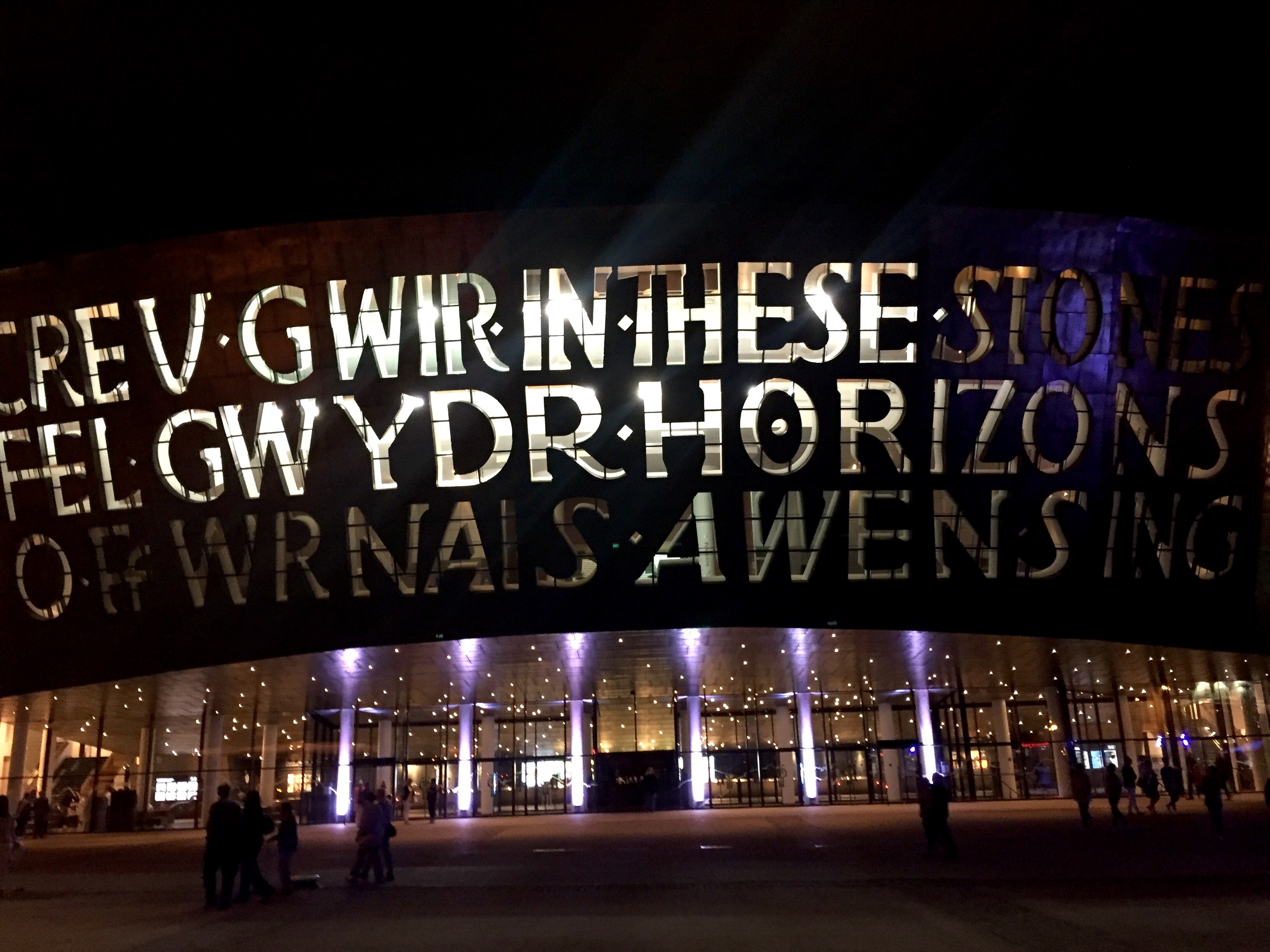 Chitty Chitty Bang Bang is at Wales Millennium Centre until Sunday 21st August. There are still tickets available for some performances. Visit the website or call the box office on 029 2063 6464.

Thanks to Wales Millennium Centre for providing us with review tickets for this performance.

I’m so excited to bring you this giveaway in association with the lovely people at Wales Millennium Centre. One lucky winner will received a family ticket to see Chitty Chitty Bang Bang on Friday 19th August at 7.30pm.

For a chance to win, just leave the answer to this question on the Chitty post on the Cardiff Mummy Says Facebook page.

Q. What are the names of Caractacus Potts’ two children in Chitty Chitty Bang Bang?

The family ticket includes four seats (maximum two adults). The age guidance is 5+. Under twos are not permitted. The tickets are non-transferable and must be used on this date. There is no cash alternative.