Collaboration with Speedway GP. We will be attending the event in exchange for this post.

One of the biggest nights in the UK motorsport calendar is coming to Cardiff next month, as the Principality Stadium hosts the 2019 Adrian Flux British FIM Speedway Grand Prix (SGP).

The family-friendly World Championship event will see the best riders from across the world race against each on 500cc bikes with a single fixed gear and no brakes at speeds that can exceed 120kmph.

And you could be there for free, thanks to this fantastic giveaway which will see one Cardiff Mummy Says reader winning a family ticket. I also have a 20% discount code for tickets, so do read on for details!

As well as world-class racing, the Adrian Flux British SGP will also be hosting a dedicated Fanzone at City Hall Lawn from 11am until 3:30pm which will be free to attend. The Fanzone will provide an action-packed day of entertainment featuring live performances from special guests, autograph sessions with the SGP riders, Monster Energy entertainment, a range of food and drink stalls and more.

The main event begins at 5pm and, depending on racing, the action will wrap up around 8pm with a closing ceremony including a trophy presentation, victory laps and an award-winning indoor firework display. 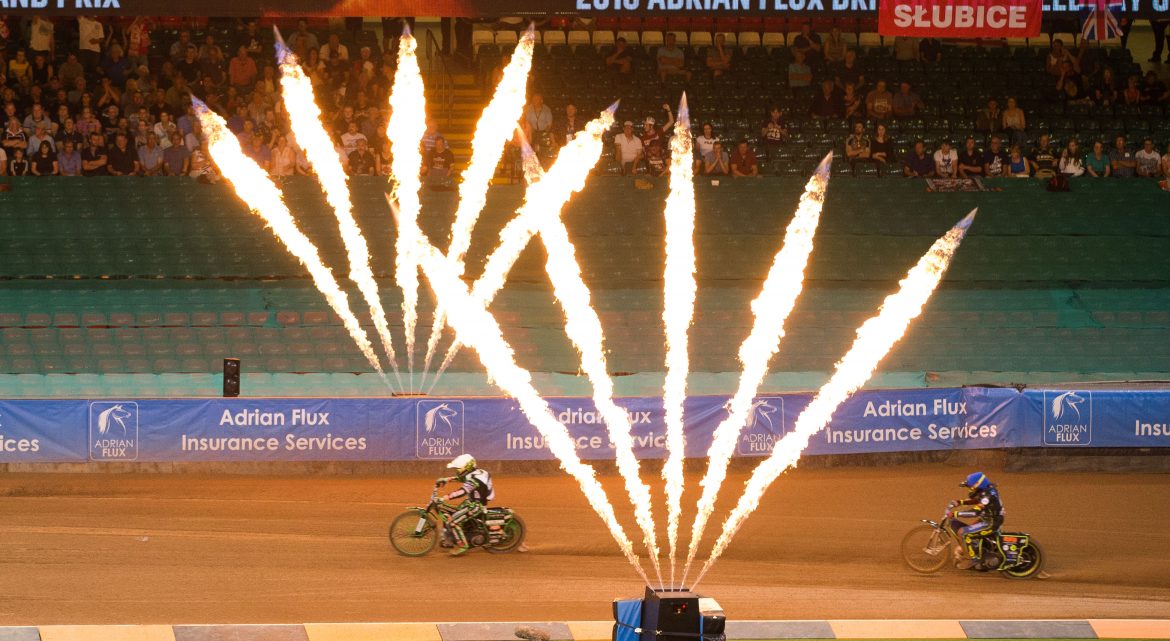 Tickets are on sale now, with prices ranging from £20 to £115, and discounts available for families.

In the meantime, you can also check out a spectacular piece of street art, which appeared in Cardiff earlier this month to celebrate the event returning to Cardiff for the 19th year.

The 30-ft graffiti art can be found on Sully’s Café on Quay Street, near the stadium, and depicts two Speedway riders – current champion and British rider Tai Woffinden and former champion Jason Doyle –  crashing out of the wall on bikes. 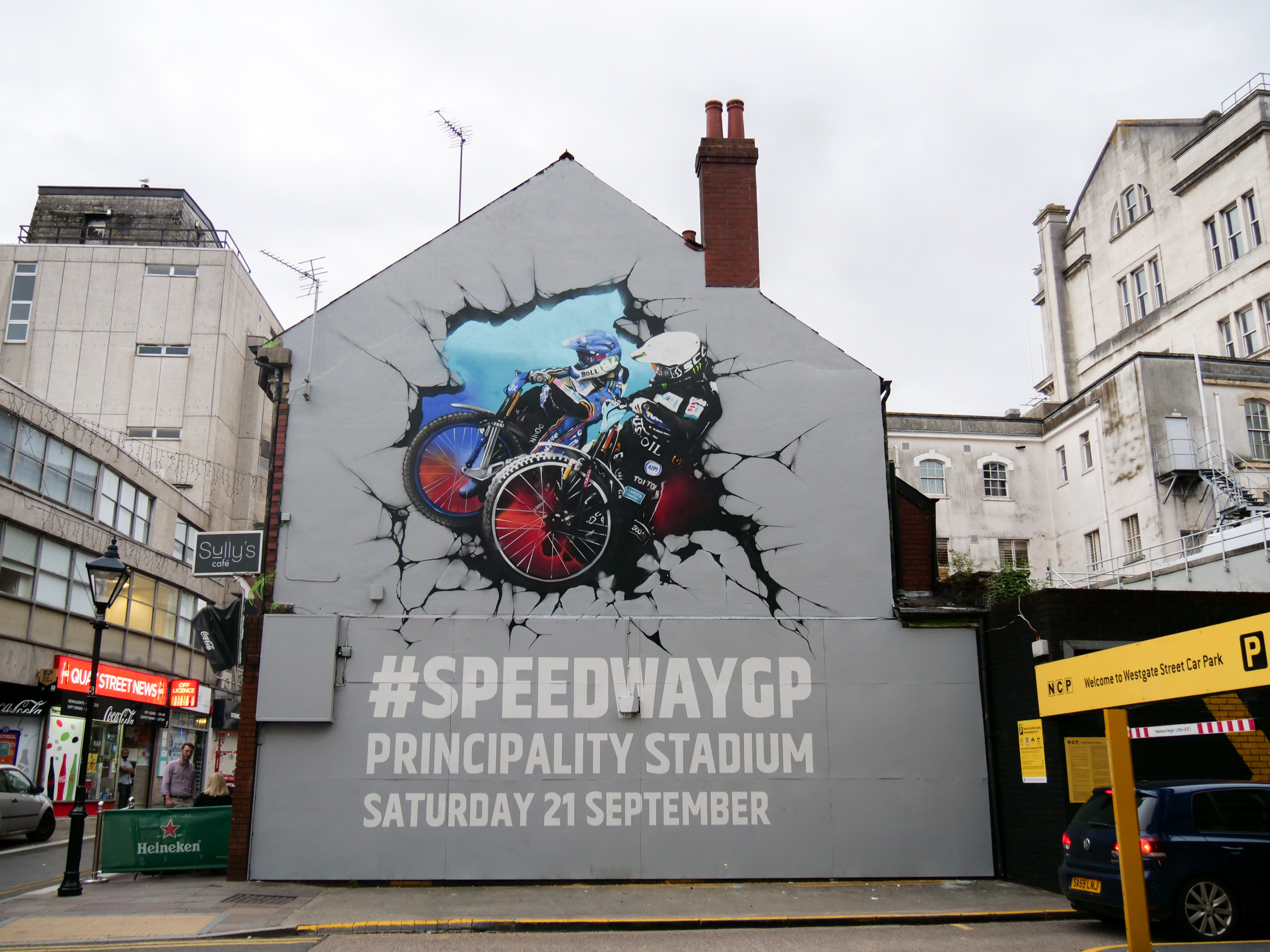 Created by Prime Mural Arts, it took 72 hours and over 100 cans of aerosol to complete.

Steve Gould, Managing Director of BSI Speedway said: “The connection between Speedway and Wales dates back to the 1920s. Over 20,000 people attended the first speedway meeting in Cardiff on Boxing Day in 1928 at the old White City Stadium on Slopper Road.

“Nearly one hundred years later and the sport is still attracting huge crowds to the Welsh capital, so we wanted to mark Speedway returning to Cardiff for its 19th year.

“What better way to celebrate the most exhilarating sport in the world than surprising the city with a giant street art mural that’s guaranteed to stop people in their tracks!”

For more information, or to book tickets for the 2019 Adrian Flux British Speedway Grand Prix, visit the website here.

Use the code 1CARDIFF20 for 20% off ticket prices. This code is valid until Friday 6 September 2019.

One lucky Cardiff Mummy Says reader will be able to take their family to see Speedway for free, thanks to this brilliant giveaway.

The prize includes one family ticket for the event for two adults and two children or one adult and three children, worth £150!

For a chance to win, leave your answer to this question on the Speedway post on the Cardiff Mummy Says Facebook page.

Homepage » Cardiff » WIN a family ticket to the 2019 British Speedway Grand Prix at Principality Stadium, Cardiff – plus 20% off tickets