One of my favourite family Christmas traditions for the last three years has been our annual trip to Sherman Theatre to see their theatre show for under sevens.

This year’s show is a musical adaptation of The Princess and the Pea by Welsh playwright Katherine Chandler (who also adapted last year’s show, The Ugly Duckling). It’s a joint production between the Sherman and Theatr Iolo, which has been making highly-acclaimed theatre for children and young people for over 25 years. 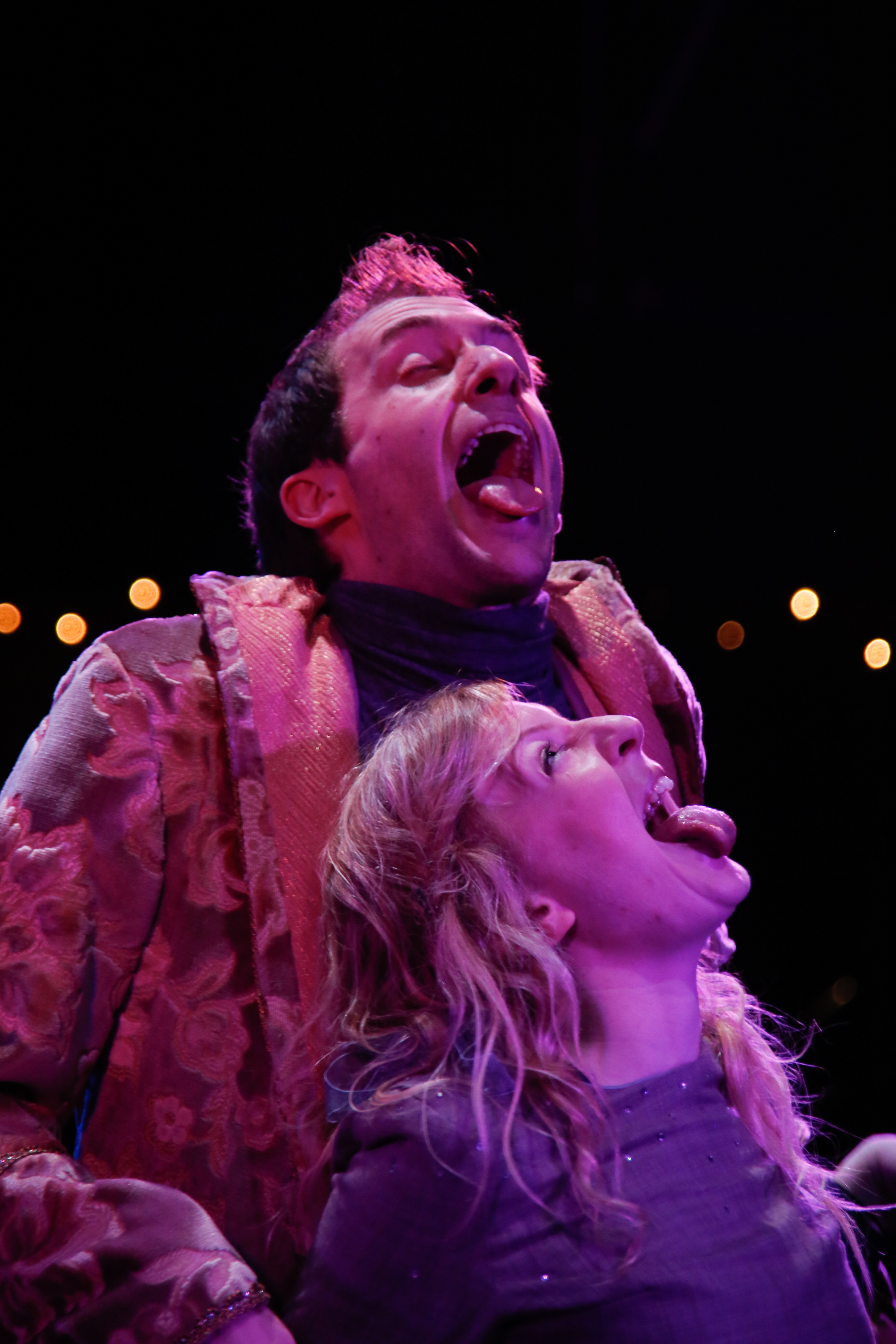 As in previous years, this is a magical experience for the youngest theatre goers. The show takes place in the Sherman’s smaller studio space, rather than the main theatre (which is currently showing The Lion, The Witch and the Wardrobe, for the over-seven crowd). It is just an hour in length, with the children greeted by the cast as they enter the theatre and invited to sit stage-side on soft mats and blankets. The result is a warm and welcoming environment that is the perfect introduction to theatre for three-to-six-year-olds and their families.

My children love the Hans Christian Andersen classic fairy tale of the princess who cannot sleep a wink because a pea has been placed under her mattresses as the Queen tries to discover if she is a real princess and therefore able to marry her son, the Prince. Although this stage version contains the key elements of the story, it is very different to the tale my children are familiar with. 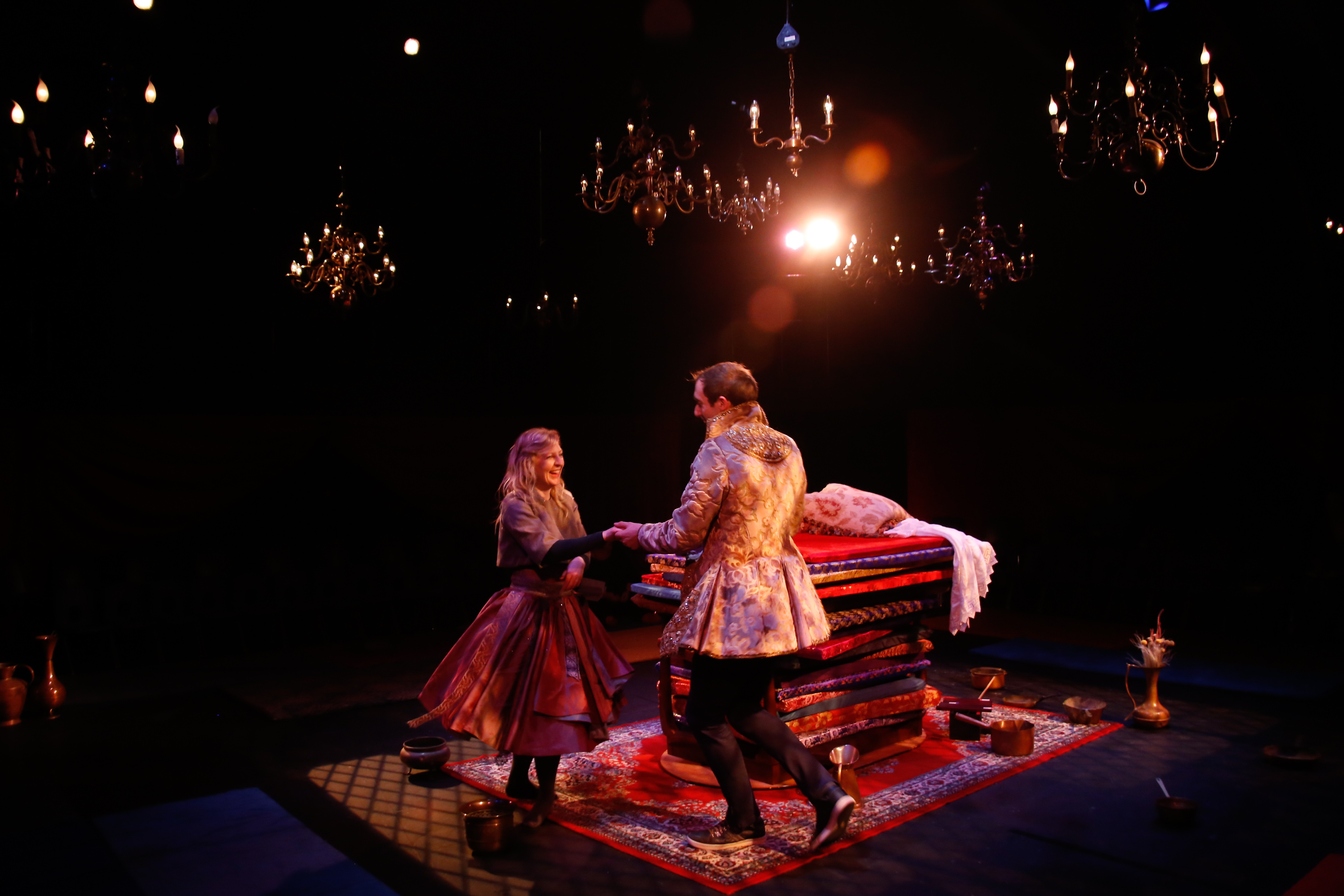 The Princess and the Pea has a very different feel to the last couple of years’ shows at the Sherman. My children really enjoyed it, but it’s a lot more tranquil and understated than previous years and nowhere near as vibrant as past shows. The show used some quite grown-up theatrical techniques – and I admit I wasn’t sure how my children would react to it, even though they have seen a lot of theatre in their short lives. I needn’t have worried, because they were captivated throughout and when I asked them after the show what their favourite bit was, they told me “all of it”.

It took me a while to get used to the aloof manner in which the three lead actors – Gethin Alderman as the Prince, Jenny Livsey as the Queen, and Ceri Ellen as the Princess and narrator – played their characters. I don’t think I’ve ever seen such stoic facial expressions in a children’s show before, and the relationship between the queen and her son seemed a bit odd at times. That said, the three moved around the theatre space and did a great job of keeping the children engaged. There was plenty of humour throughout, most notably in the child-like games played between the Princess and the Prince, which had the young audience in fits of giggles. 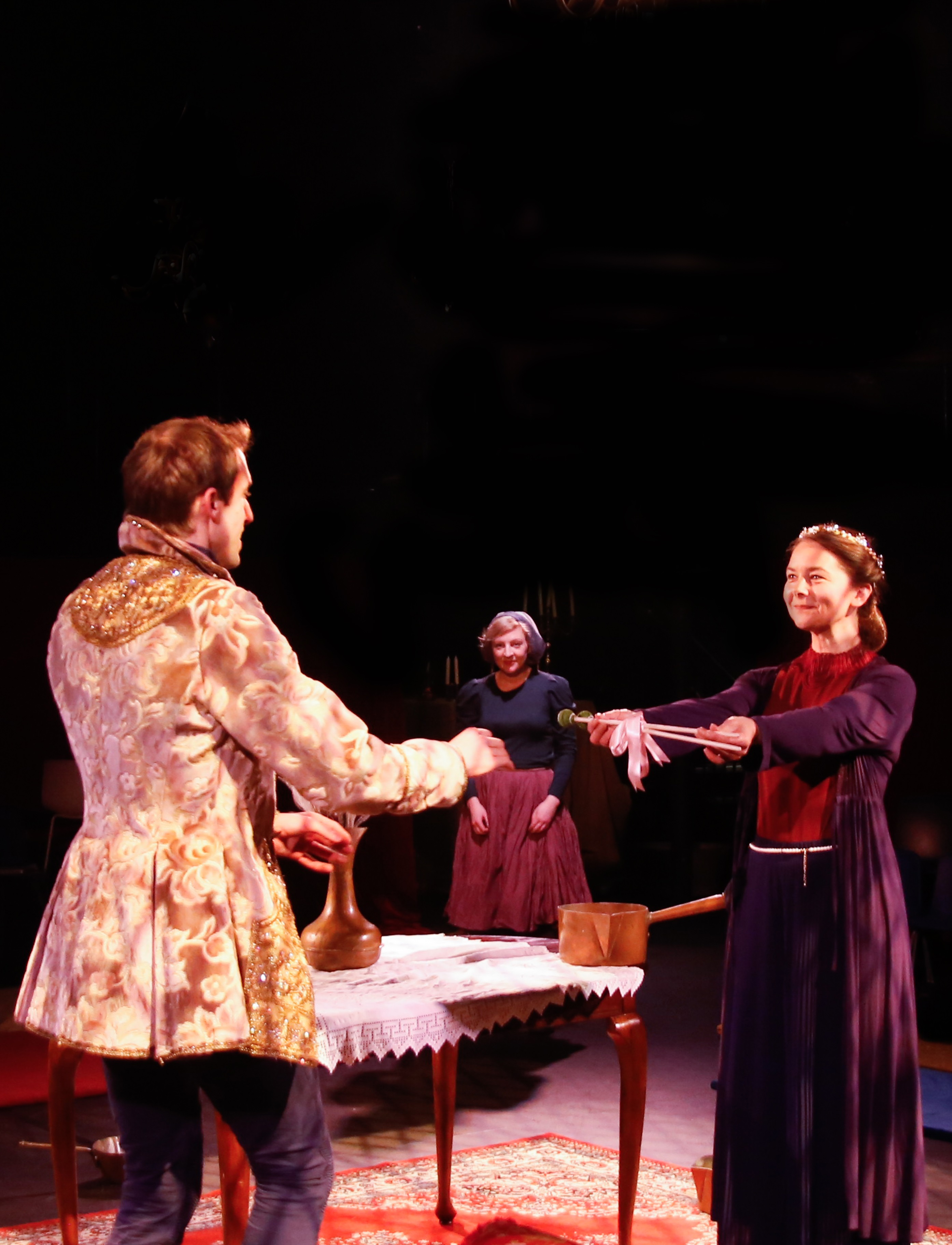 I loved the use of percussion instruments, with the Prince playing the glockenspiel throughout, joined near the end by the Princess. In fact, music is integral to the show. The sound of instruments mimicking rain drops falling through the castle roof and into various saucepans scattered around the stage was one of my favourite elements. It was very hypnotic and did a great job of keeping the children calm. And – I’m not sure if I should say this or not – the parents too, it would seem. A couple of the dads watching in the audience confessed to me after the show that they found themselves nodding off at this point!

There were some lovely touches among the props and scenery. When the 20 beautiful mattresses were unveiled, there were gasps from the small children in awe at all the different colours and beautiful fabrics. The chandeliers hanging overhead were also very striking and the Princess’s layered fabric skirt was beautiful – and such a refreshing change from the usual attire we see princesses dressed in. 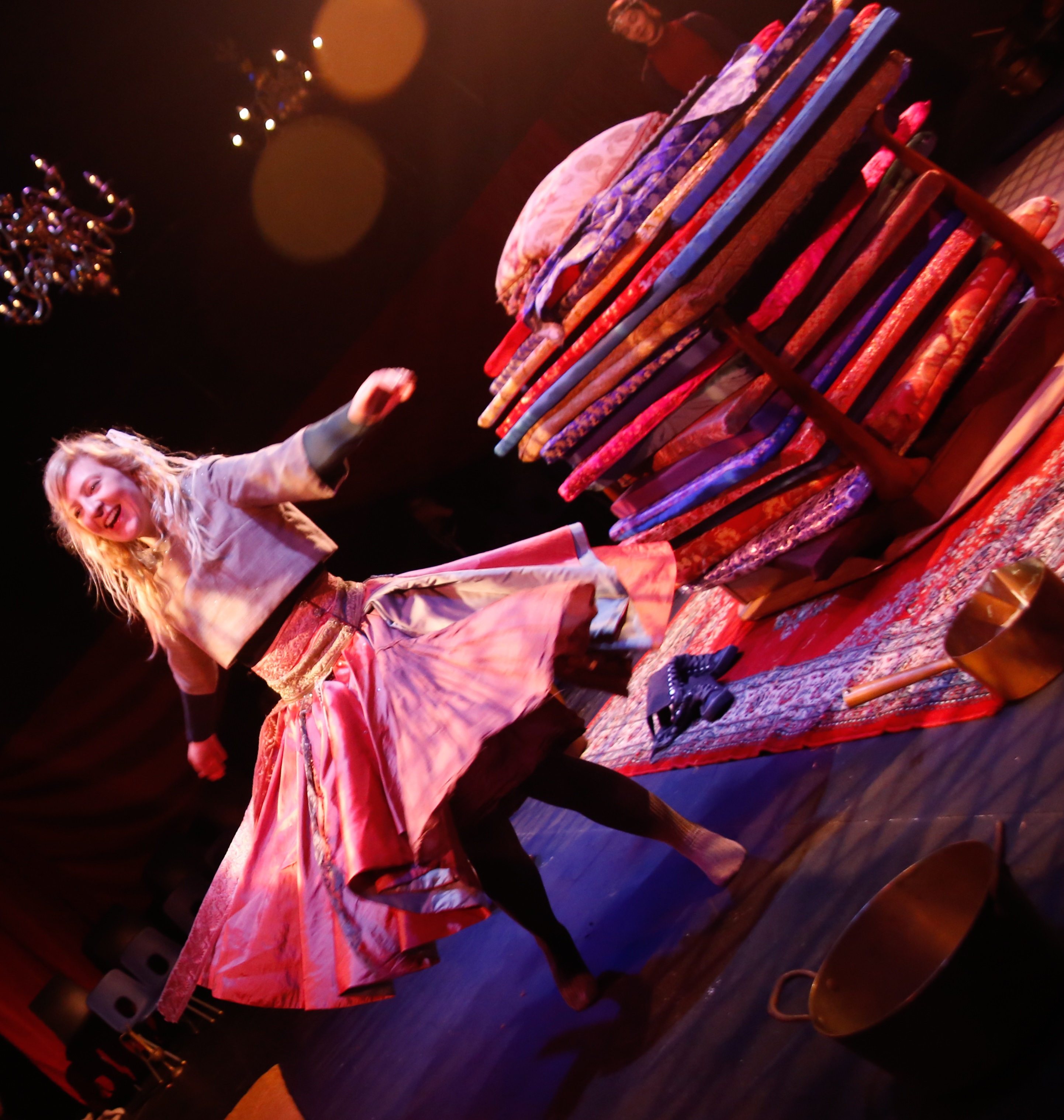 When we got home from the theatre, Little Man O, my four-year-old son, tried to climb under our rug, just like the Prince did to go to bed in the show. And Little Miss E, his six-year-old big sister, sang one of the songs from the show to me, which set to music the famous saying of going to bed and not letting the bed bugs bite.

And that’s one of the things I love most about Sherman Cymru’s Christmas shows for young children – the shows are so engaging and thought-provoking that the magic stays with my children for a long time after we’ve left the theatre. They’ve been saying key phrases from the last few shows they’ve seen there ever since, and I don’t doubt The Princess and the Pea will be the same.

The Princess and the Pea, and the Welsh version Y Dywysoges A’r Bysen Fechan Fach, are at Sherman Cymru until 2nd January 2016.  For more information, visit the website or call the box office on 029 2064 6900.

Older children may also like The Lion, The Witch and the Wardrobe, running until 31st December 2015.

With thanks to Sherman Cymru for inviting us along to review the show.

Homepage » Cardiff » The Princess and the Pea at Sherman Theatre, Cardiff – theatre review