Ben & Holly’s Little Kingdom Live on Stage will be at the New Theatre Cardiff on Saturday 15th and Sunday 16th July 2017 – and you could be there for free with this giveaway.

Holly is a young fairy princess, who is still learning how to fly and whose magic doesn’t always go to plan. Her best friend is Ben the Elf. He doesn’t have wings and he doesn’t do magic, but he runs very fast and flies on the back of Gaston the Ladybird. They live in the Little Kingdom, a tiny land where flowers and grass rise high above them and every day is an adventure. 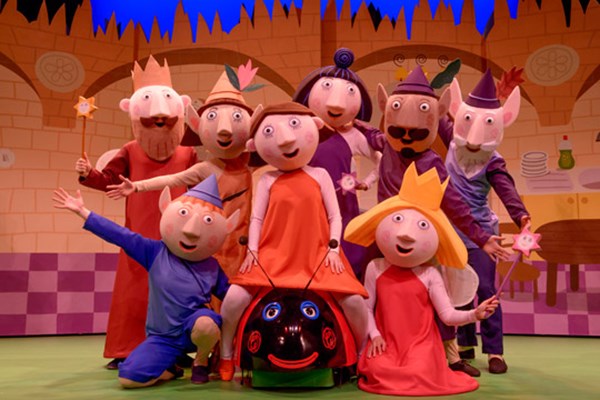 The stage show sees Ben, Holly and friends embark on an enchanting and magical musical adventure packed full of games, songs and laughter. With a running time if around one and a half hours, including interval, it’s a beautiful story of elves, princesses and childhood innocence, perfect for family audiences.

Thanks to the New Theatre, one lucky family (2 adults + 2 children or 1 adult + 3 children) can be there for free with this giveaway. The prize is one family ticket for the 4pm performance on Saturday 15th July – with a meet and greet with members of the company after the show.

For a chance to win, answer the following question and leave your answer on the Ben & Holly post on the Cardiff Mummy Says Facebook page.

Q. What is the name of the ladybird in Ben & Holly’s Little Kingdom? George, Gary or Gaston?